We first began featuring Reader’s Rides back in 2011; since then these part-review, part-vignette reader submissions have become a beloved weekly fixture here on The Radavist. This year’s Top Ten Readers’ Rides feature both brand new builds and older frames full of stories that have been given new life. As always they are 100% audience-submitted and the builds highlighted here were chosen based on web traffic and engagement. We love receiving submissions each week so if you have been on the fence about submitting your ride, perhaps this list will motivate you to break out the camera and show off your rig. Read on for some choice submissions from 2022… 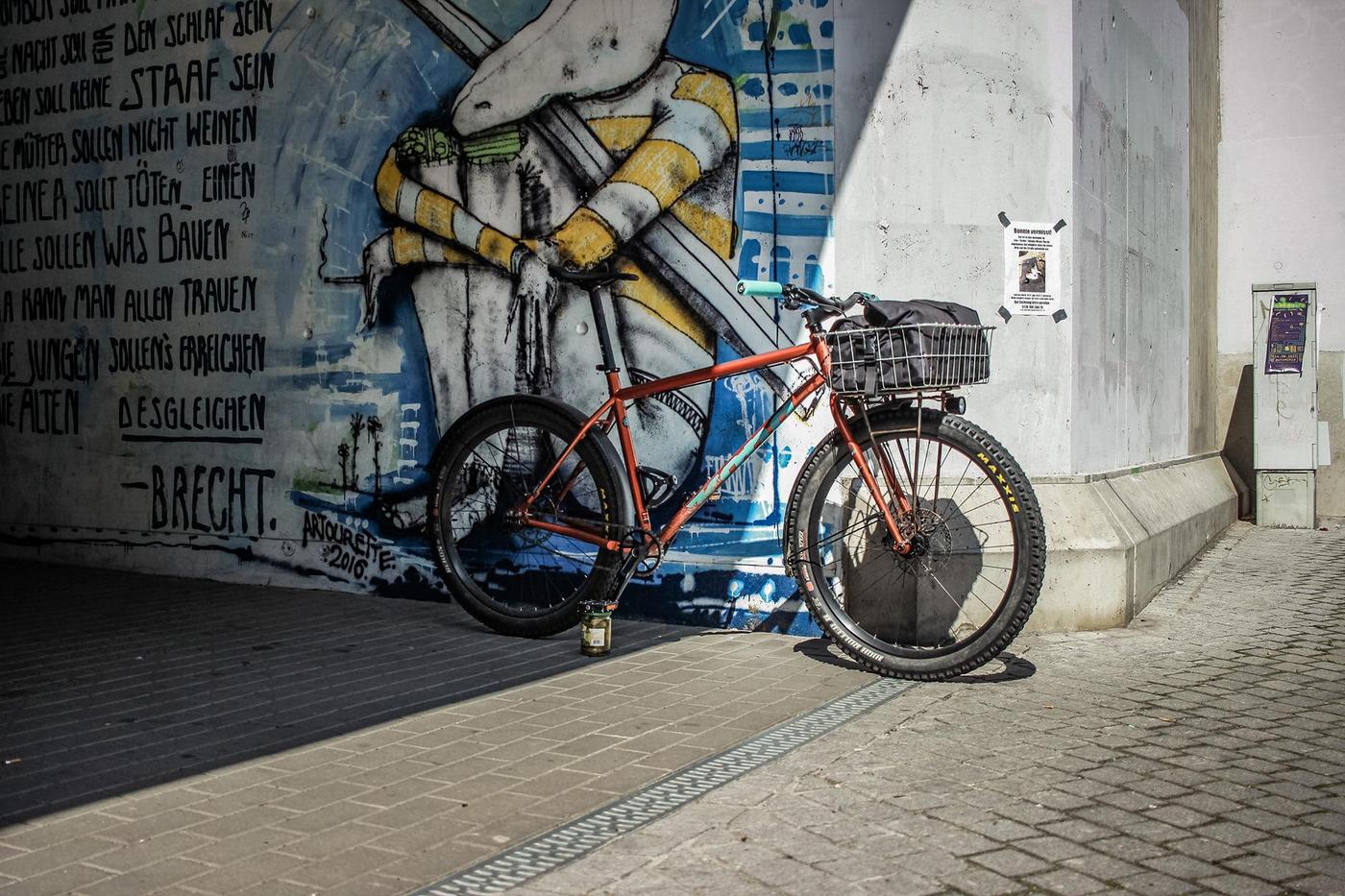 Kona Units inspire quite the fanfare and for good reason; they’re classy, capable and promise a good time, wherever you ride. Marcel’s Singlespeed Kona Unit, setup as a burly, fendered, basket-shredder with 650b x 2.8″, got the most buzz of all our Reader’s Rides this year. In case you missed it, be sure to check out this rigid MTB commuting dream machine. 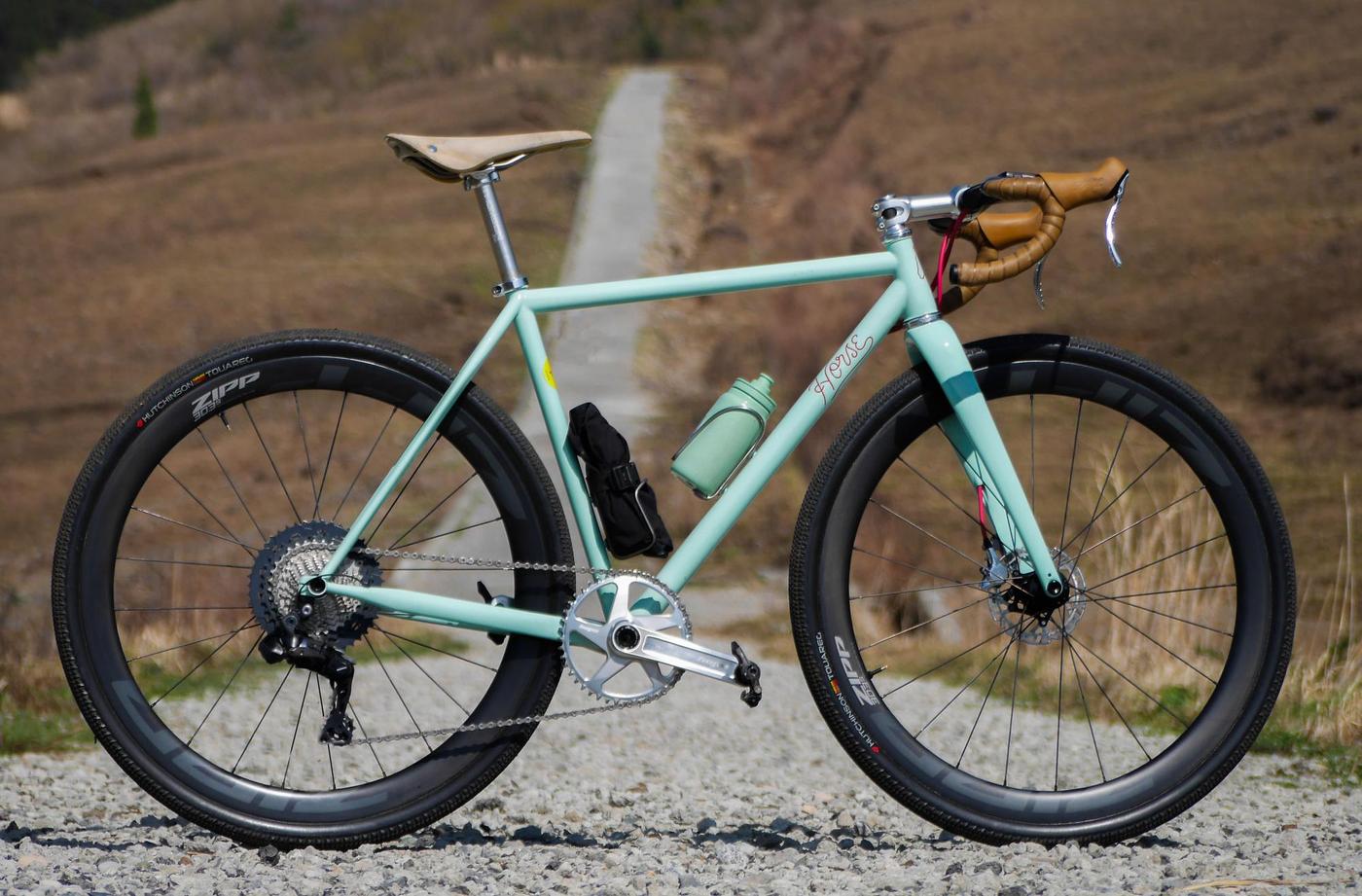 “The bike Murazu ordered was the Gravel Monster, no doubt my most favorite bike to build. We upgraded the bike with internal DI2 and brake routing and a custom CNC’d tapered head tube. Murazu recently sent me some photos of the bike being built. It was so great to see a Horse frame being assembled on the other side of the world, and you could tell the EFFECT workshop, where he took it, was a place oozing with talent and a love for craft.”- Thomas Callahan, Horse Cycles 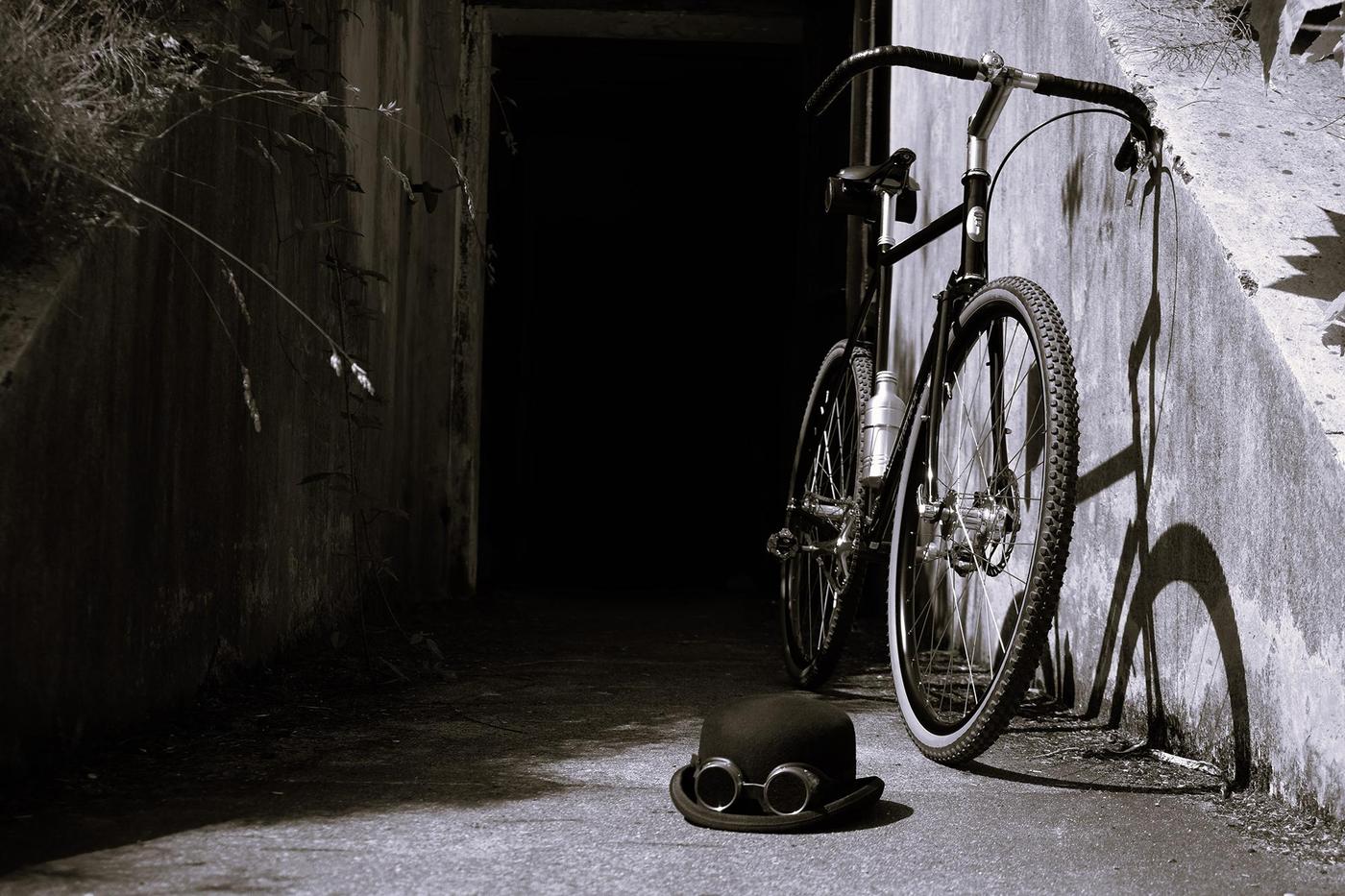 “Morlock, the Time Machine, a 21st century Scorcher, is my contemporary ode to the safety bicycles from the 1890s. The geometry is decidedly modern, but I selected every part on this bike to keep it scorching into the NEXT century. Cracking fun to ride, 22 pounds of steel, brass, aluminium, titanium, leather, and rubber, I believe that H.G. Wells would approve.” 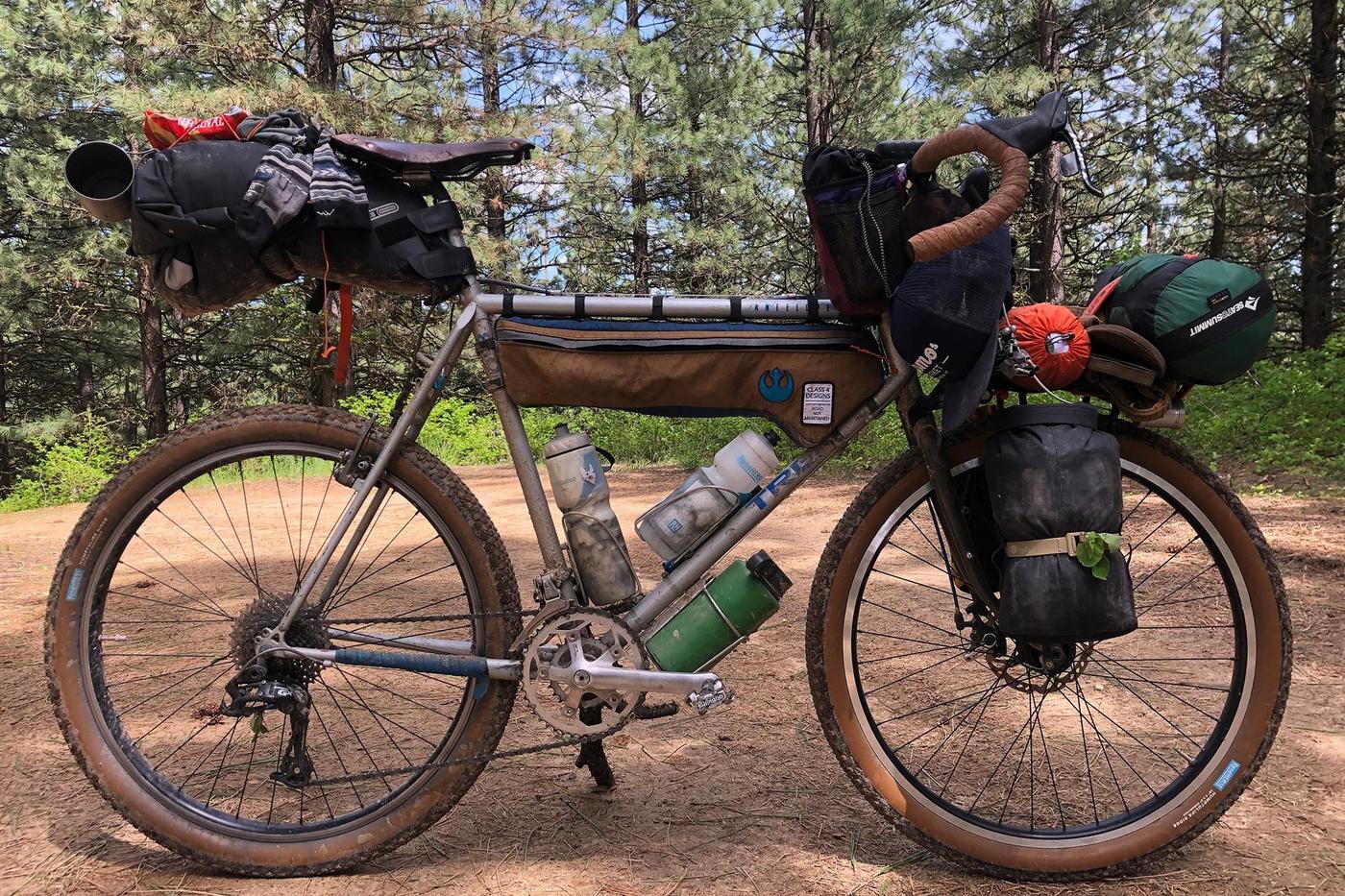 “My dad bought the bike brand new in Chicago in 1990, seven years before I was born. When I arrived, it was on this bike that I was carted around on, behind, and eventually alongside. I like to think my earliest love of biking was fostered in this bike’s presence. Fast forward to now, and I’m a professional mechanic that was fortunate enough to work in a shop that refurbishes these retro bikes on the daily. When my dad asked if I wanted to take the bike, I realized what an opportunity I’d been given. After building so many retro/modern bikes at work, and realizing just how capable they are, this 850 was now an opportunity to build one for myself. I sold my modern steel gravel bike and got to work.” 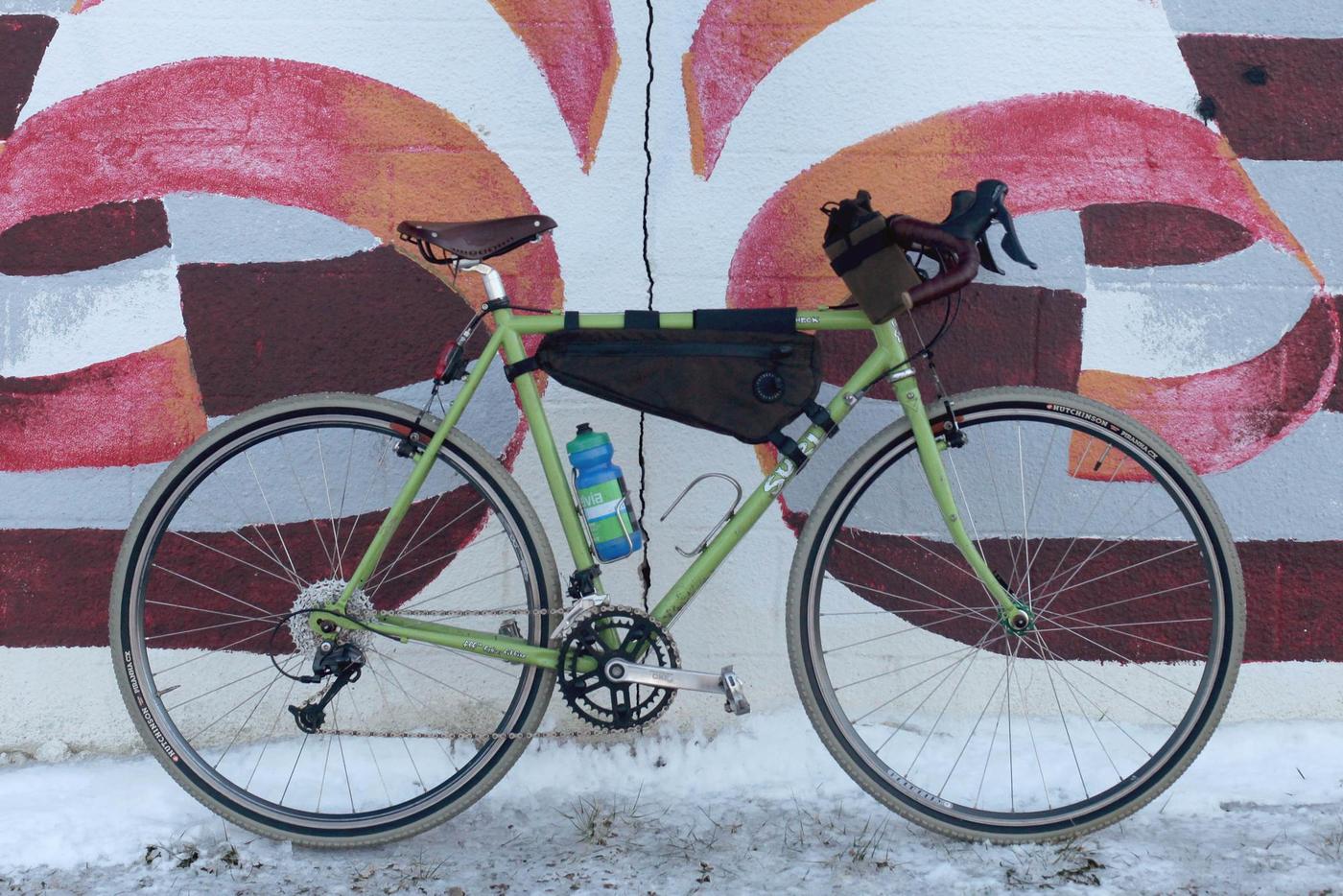 “This was my first ‘real’ bike purchase. I’ve had a handful of bikes come and go since the purchase of this Surly Cross-Check, this one has stayed in my quiver. Not that it’s the greatest bike that I’ve ever thrown a leg over, but the possibilities that I can run make up for that; it works as a flat bar, fat tire monster bike, gravel grinder, touring rig, or a grocery getter.” 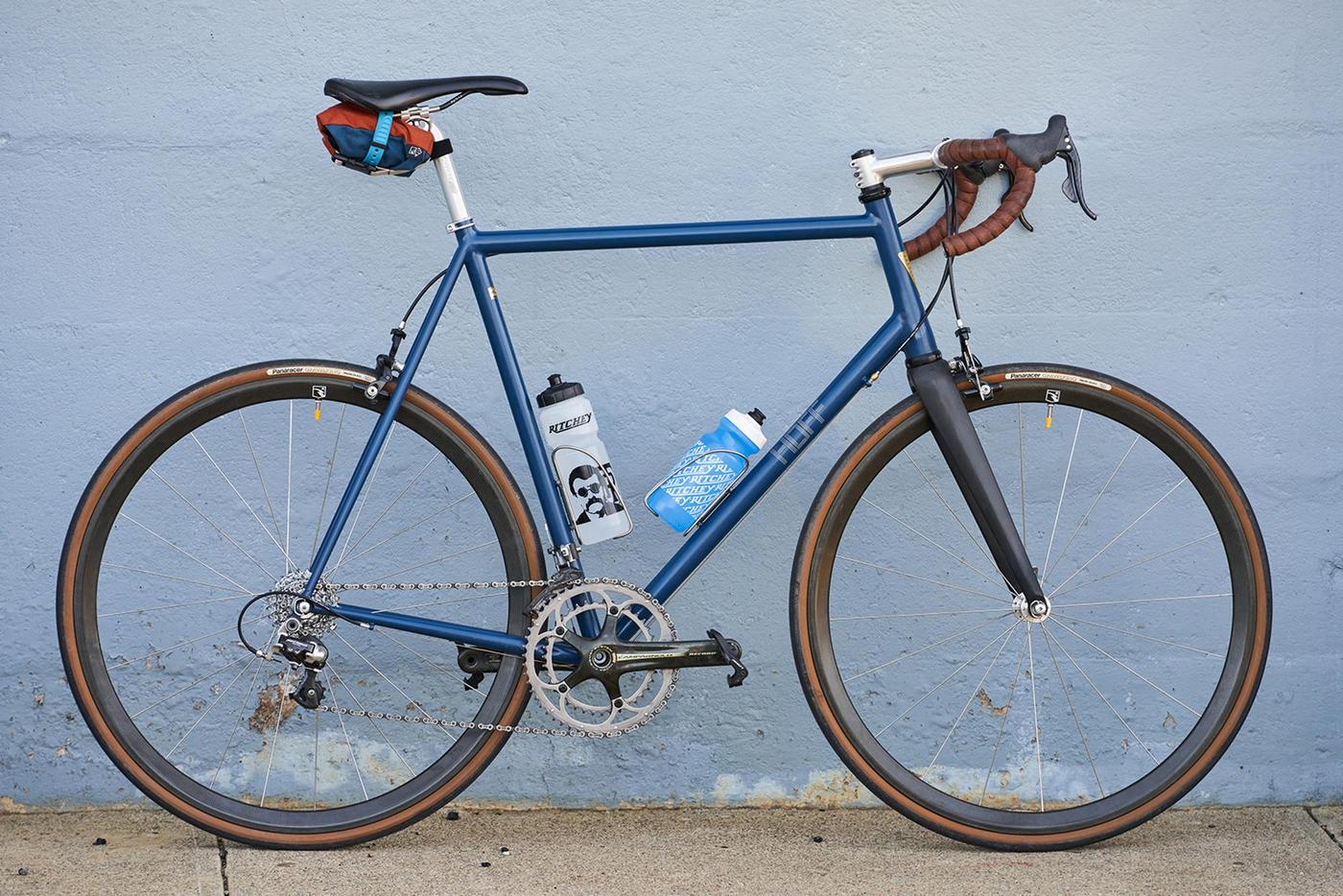 Anytime a reader sends in their self-built frame to our Readers’ Rides email box, we drop everything and check it out. So far we haven’t been disappointed! Adam sent in this gorgeous road bike that he built at the Metal Guru Framebuilding Workshop, along with a story and parts breakdown. Thanks Adam and nice work! 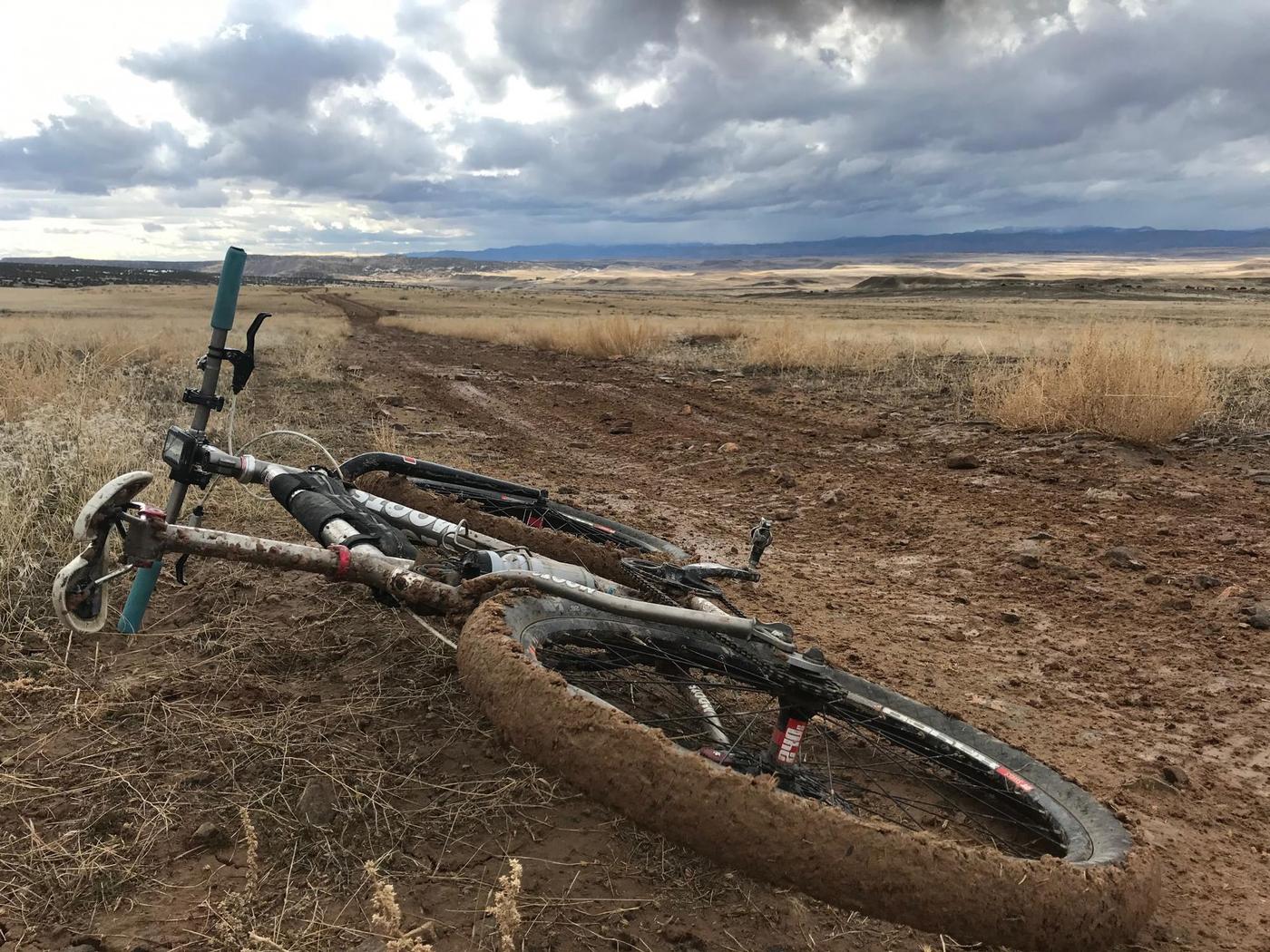 “Inspired by the recent spat of old 26’ers, throw-back and new ATB builds, I thought I’d throw my Moots Rigormootis Singlespeed into the Reader’s Ride chance hat. This old bike of mine has lived a meager yet storied life. I ordered this size 18 frame, 26″ wheeled Singlespeed Moots Rigormootis from JonC the last week of December 2008. I’d been laid off and used the funds from my final paycheck. Full of fear and failure, I felt the money would better serve to save me versus being saved. And has it ever.” 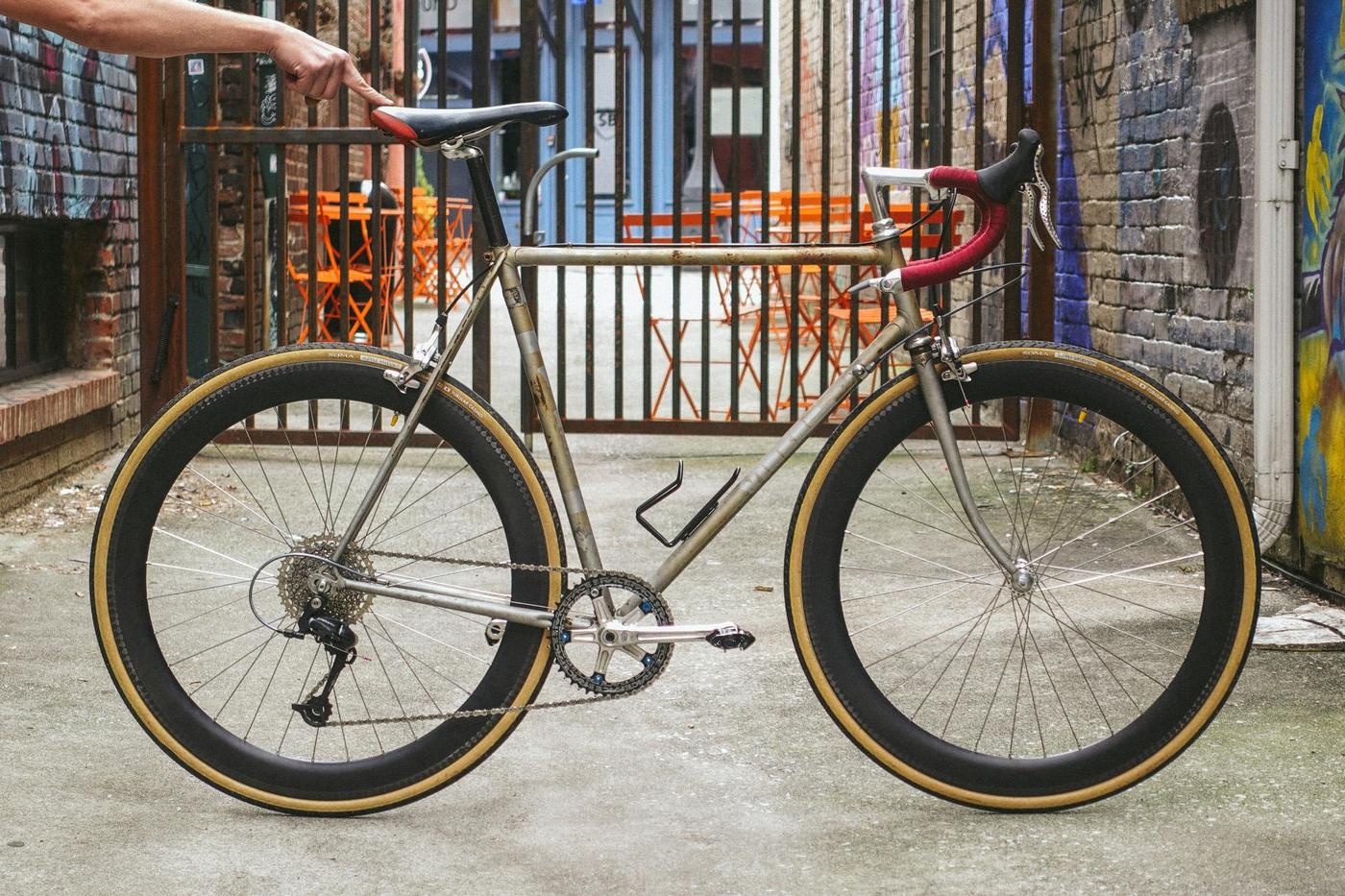 Matt and His Viner Super Rat

“Hi! My name is Matt and I’m the operations director at Two Bikes, a non-profit shop in Knoxville, TN. I present for your consideration my Viner Super Rat (née Super Professional). The Viner Super Rat exemplifies what I believe to be the next hottest trend/genre in cycling — URBAN ROAD. For too long road bikes have been relegated to scenic rolling countrysides, pricey gran fondos and weekend crits. But that’s not what URBAN ROAD is about. It’s about bringing fast bikes back to the streets. It’s about alleycats, splitting lanes and aggressive commutes. It’s about dissonance.” 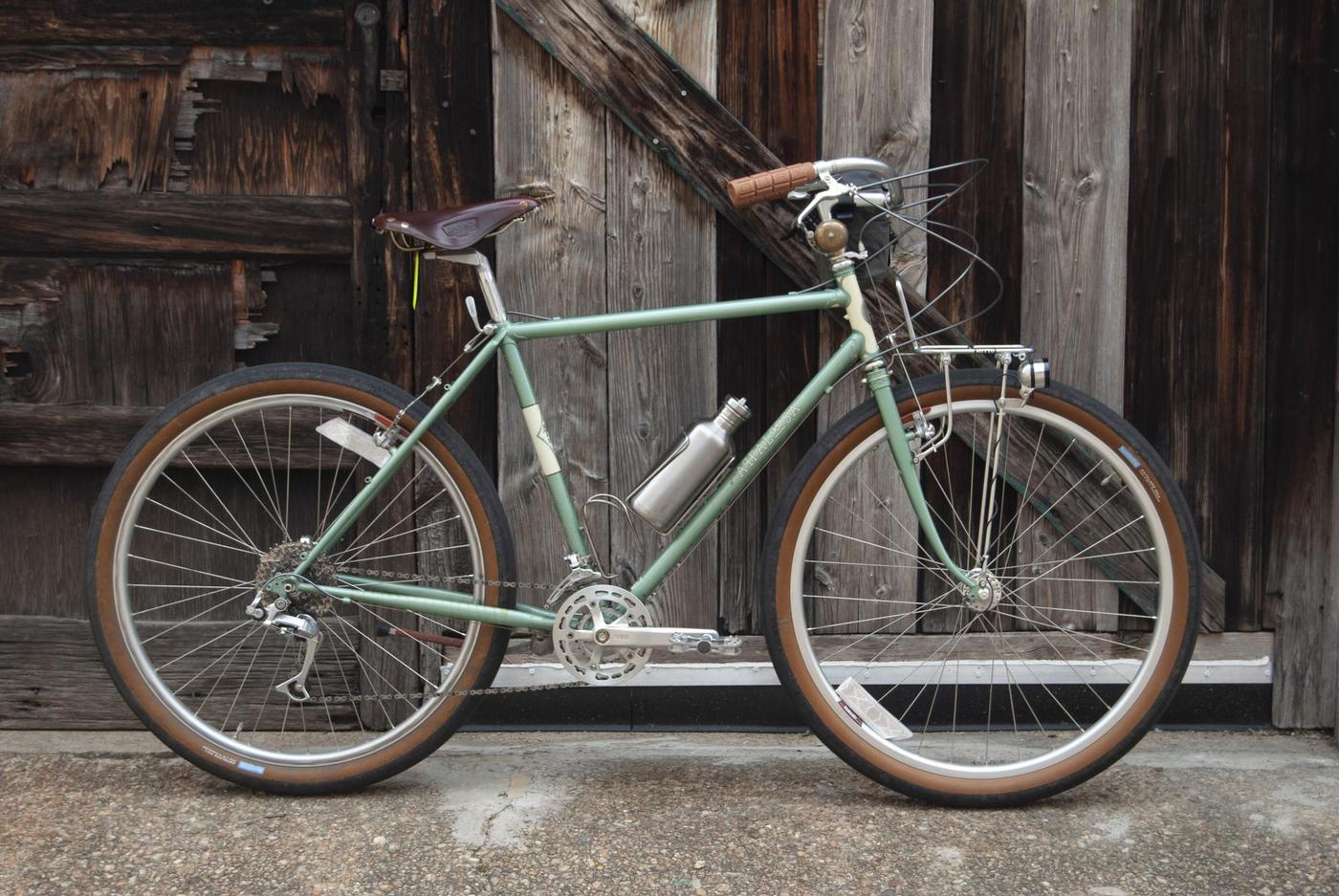 Eric’s Rivendell Appaloosa – A Love Letter To a Build

“The Appaloosa was the first Rivendell frame that caught my imagination and started me dreaming about lugged steel, sweeping handlebars and fork crowns that could clear a plump pink grapefruit with ease. From what I understand the Appaloosa started out as a functional clone of the Atlantis. The Appaloosa was made in Taiwan as a slightly more affordable option over the Atlantis frames which at the time were made in Japan at Toyo. Back then the Appaloosas came in a delicious mustard color. While my real dream Riv frame is a 59cm Atlantis with the second rainbow top tube I am precluded from that size by my pubic bone height. Perhaps a spa session on a medieval rack could get me those extra few centimeters. With that Atlantis out of the picture I geared up for Riv’s Appaloosa sale in the summer of 2021. The frames sold out in something like five minutes, it was utterly insane. I had the frame built as a complete; Will Keating helped me with the specifications and it was assembled by mechanic Mark Abel.” 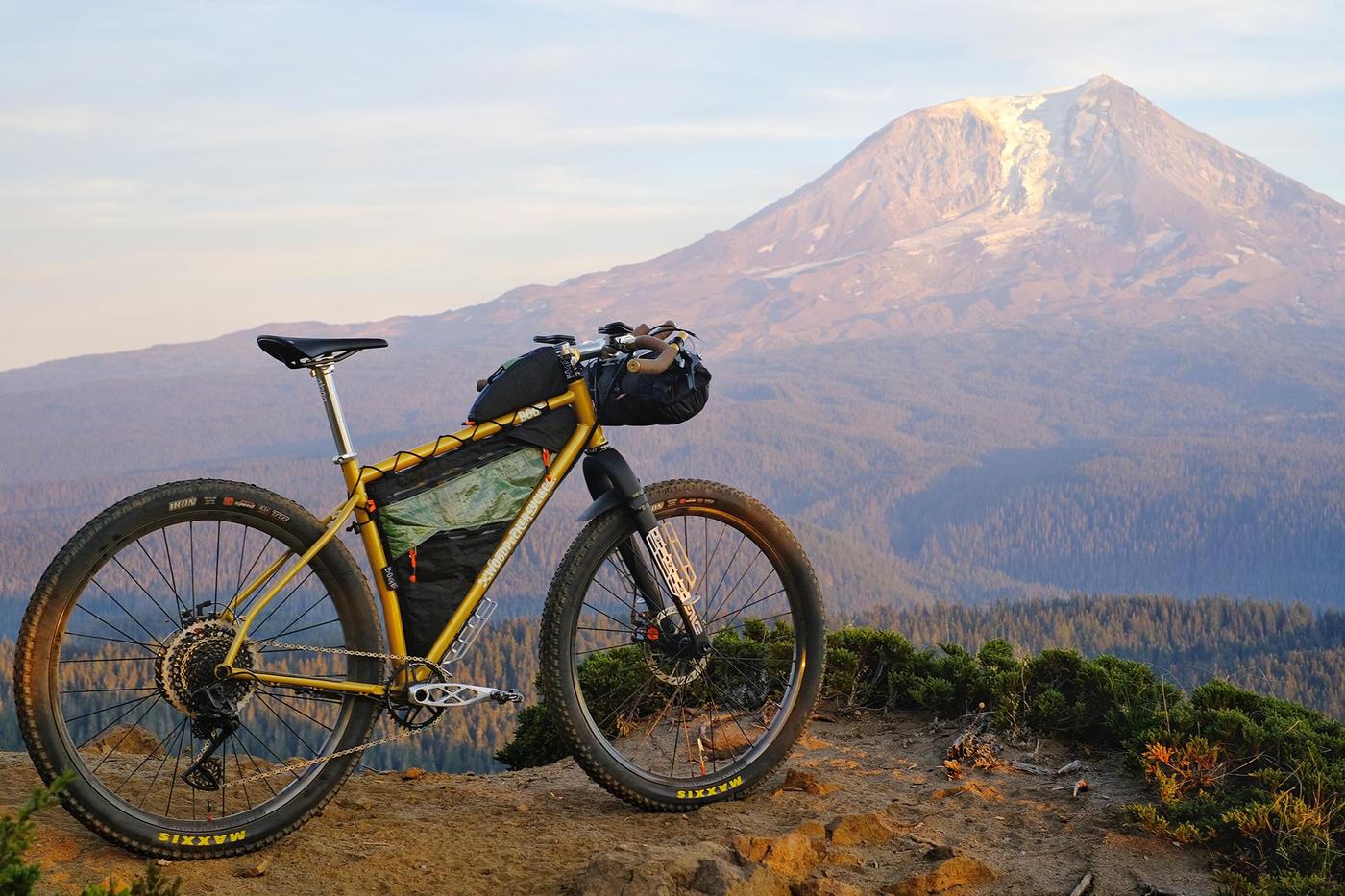 “This bike build was a collaborative effort with a local frame fabricator and BogeWorks (a small custom bike bag maker based out of Seattle and Woodpecker Cycle Co. is located in Lacey Washington.) The frame, handlebar and aluminum cradle were spec’d by BogeWorks, fabricated by Woodpecker. The bike was designed to be an all around shred machine but still have the ability to pack up for some long distance bikepacking adventures – aka a shredpacker.” 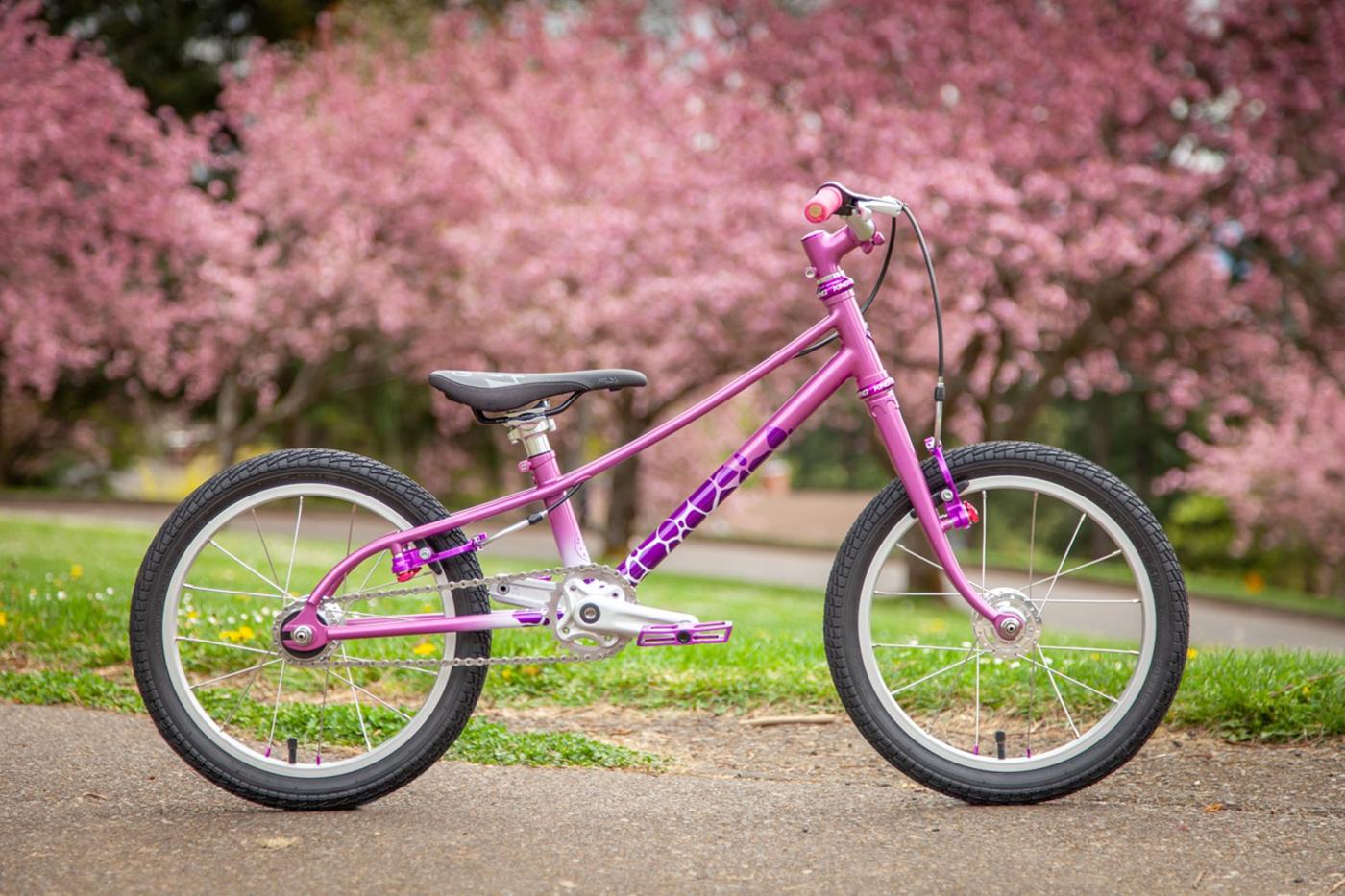 This submission from father-daughter duo, Chris and Mathilda, gave us all the feelz and was too cool not to mention again! Shortly after Mathilda turned four this year, her dad Chris finished building this shred sled as her first pedal bike. When asked what she wanted in her bike, this is what Mathilda had to say, “When Poppa asked me what color I wanted my bike to be, I said ‘Pink!’. (Pink and purple–or maybe rainbow–are my favorite colors, in case you didn’t know.) Then I added, ‘Like a giraffe!'” We hope its been treating her well!

We’d like to thank each and every one of you who has submitted Readers’ Rides to us! We have a big backlog but don’t let that stop you from sending us your bike. Feel free to submit your bike, listing details, components, and other information. You can also include a portrait of yourself with your bike and your Instagram account! Please, shoot landscape-orientation photos, not portrait. Thanks!