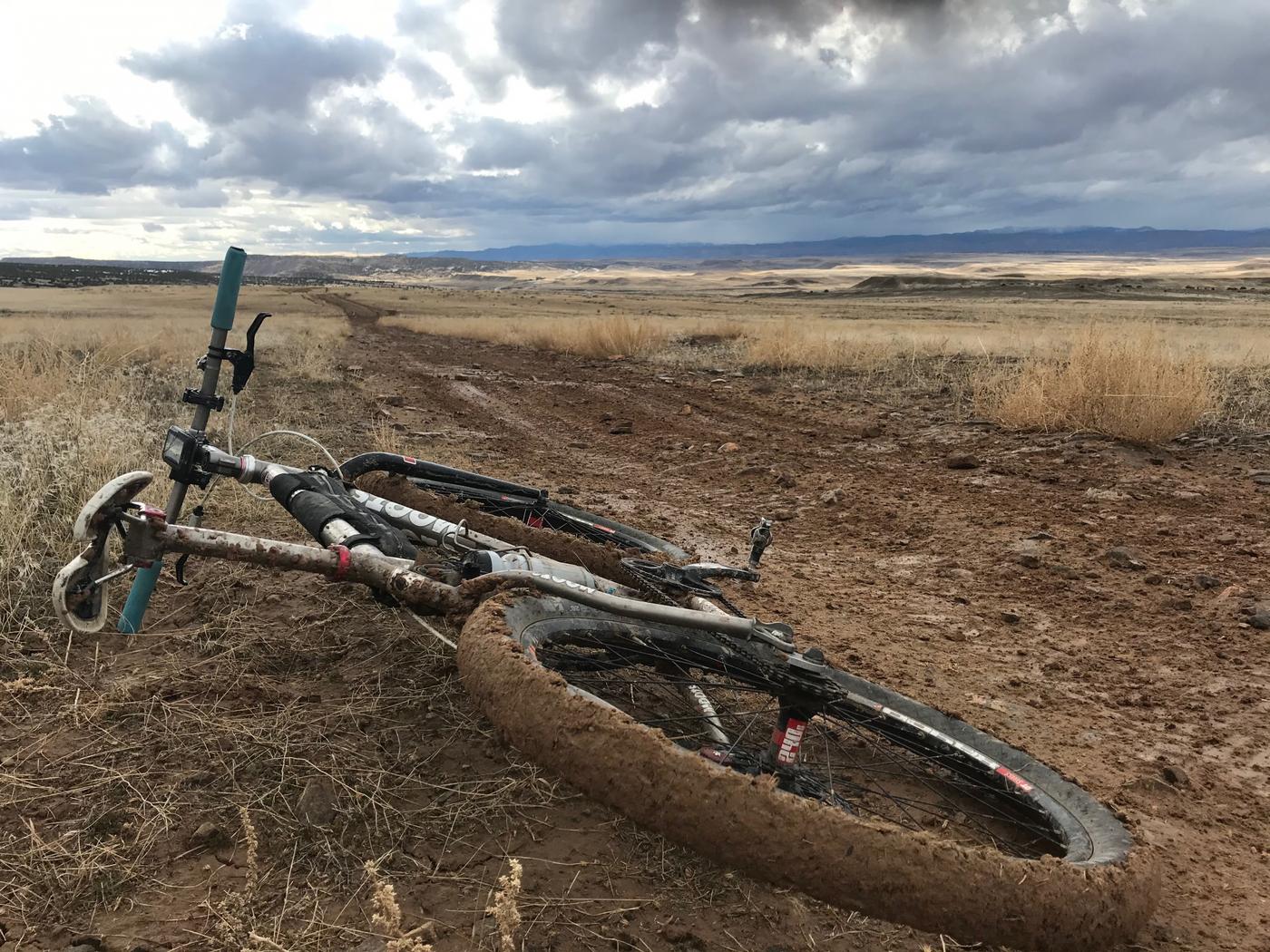 This week’s Readers’ Rides breaks the mold a bit.  Thad’s submission speaks to a bigger picture; a bike’s longevity and its ability to adapt to life’s changes. Read all about it below! 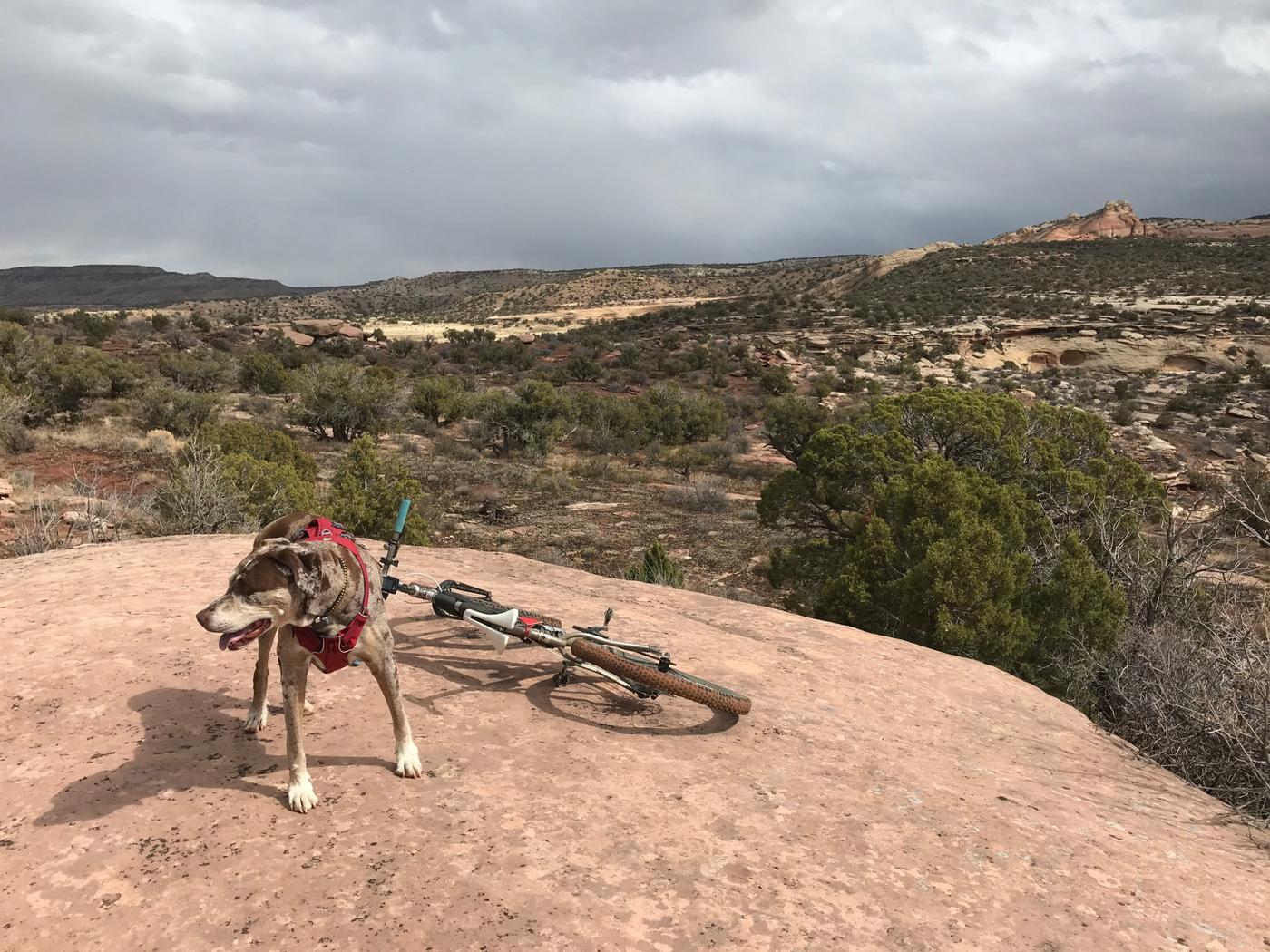 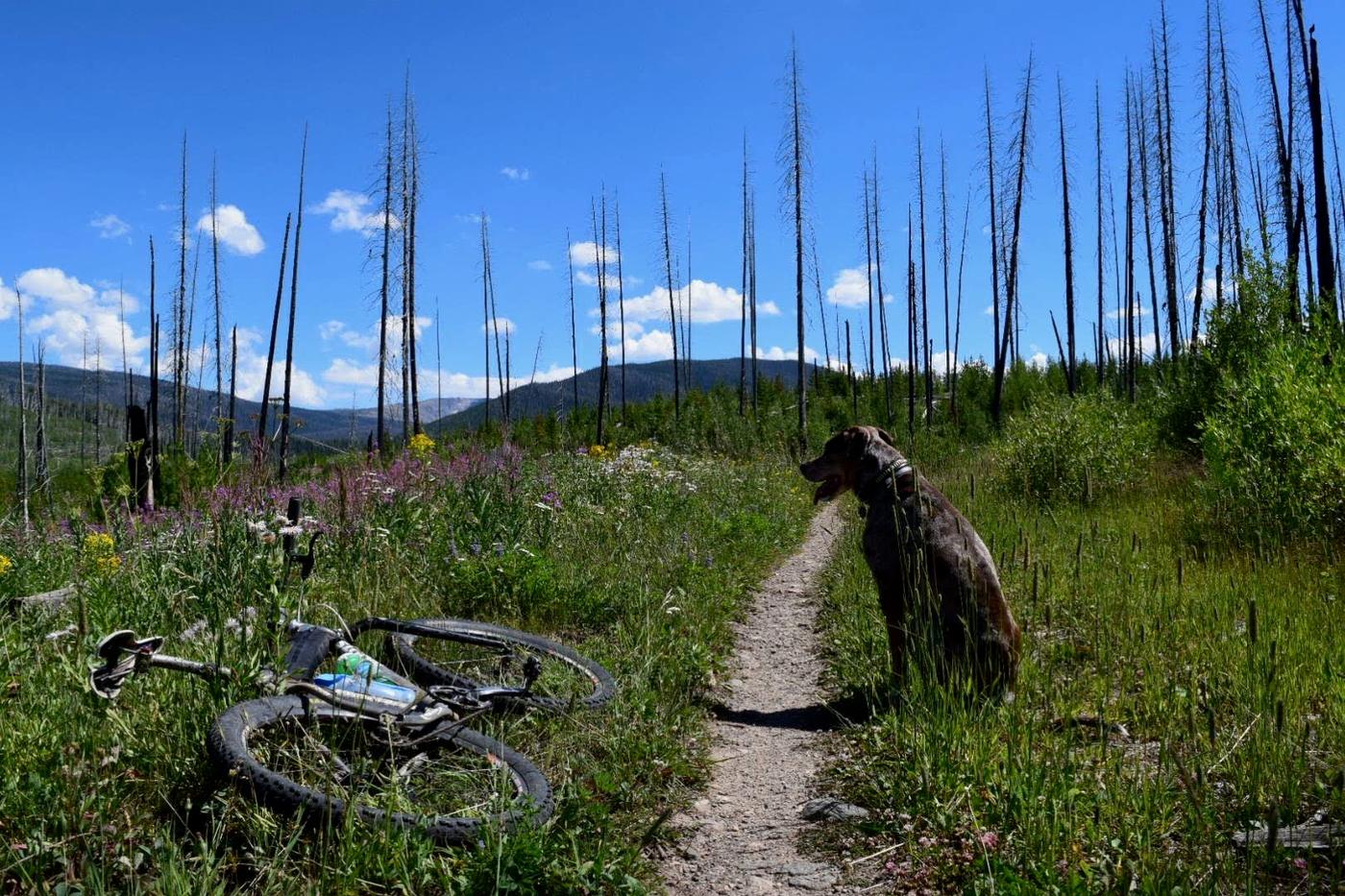 This old bike of mine has lived a meager yet storied life. I ordered this size 18  26″ wheeled Singlespeed Moots Rigormootis from JonC the last week of December 2008. I’d been laid off and used the funds from my final paycheck. Full of fear and failure, I felt the money would better serve to save me versus being saved. And has it ever. 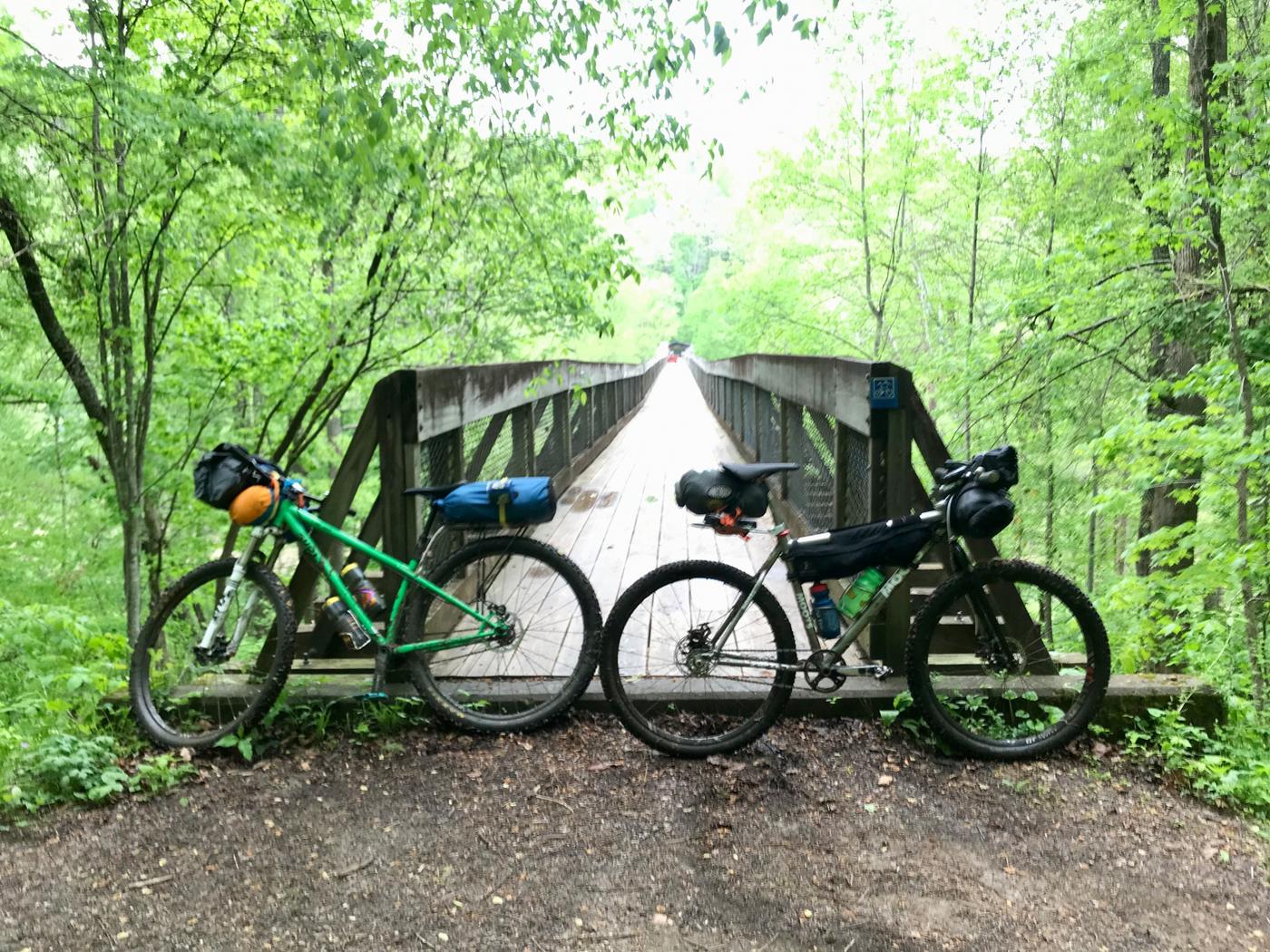 I took delivery of the frame in April of 2009 and quickly built it up with all the parts off of my old Surly 1×1 it was replacing. Frame and headset (King Breast Cancer Pink HS which sadly died years later after a particularly wet and sandy NUE series) were the only new items I could afford. Over the years I’ve managed to scrimp and save to upgrade items bit by bit. 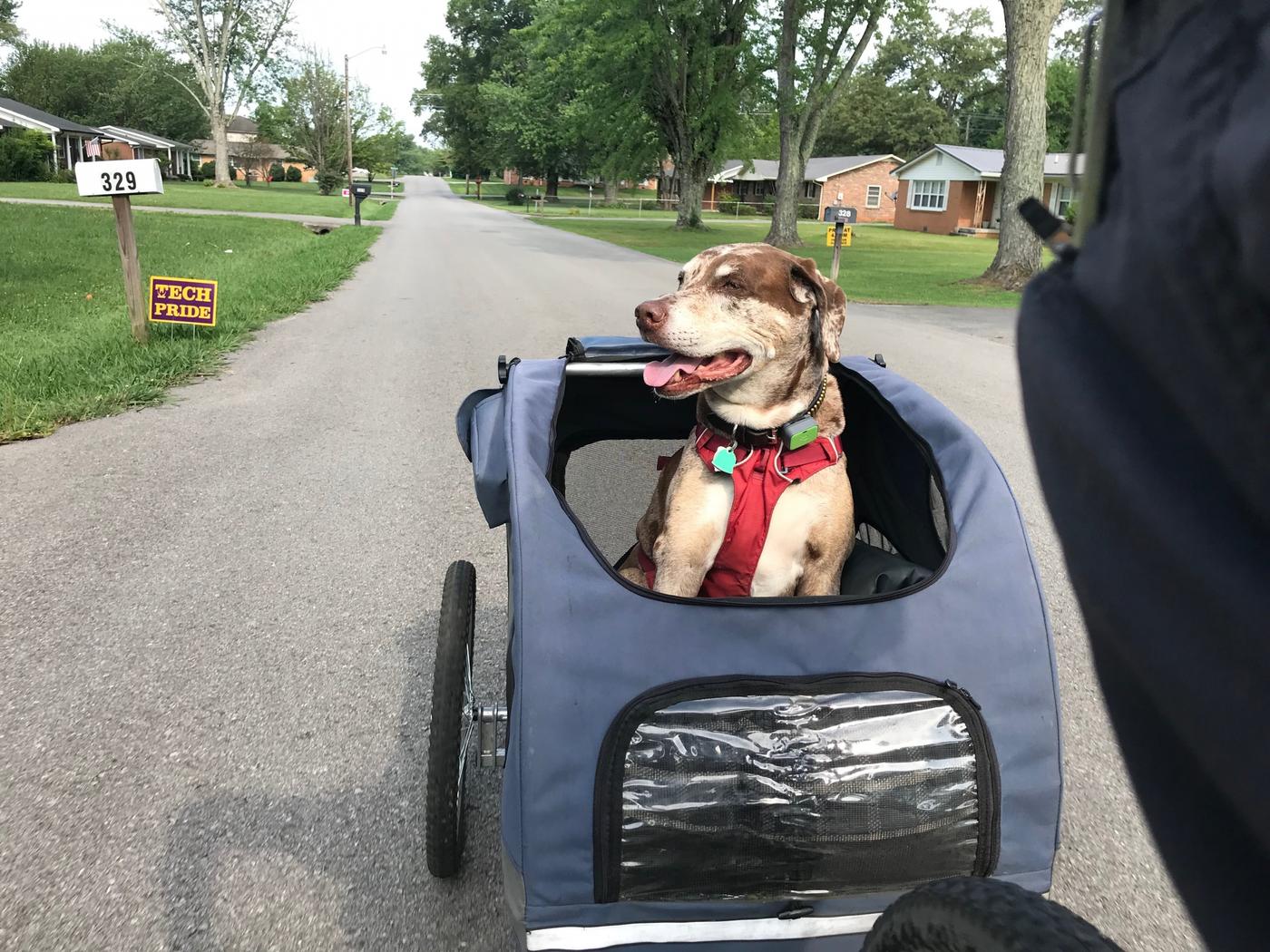 This bike has seen so many trails, roads, and events. From the days of 37 racers with 14 of us finishing at what then known as DK, to multiple Trans Iowa attempts during the era of Ira Ryan, Corey Cornbred Godfrey, Joe Meiser, and Matt Chester frames. During one such TI attempt, while laying on our backs warming sore muscles on the day’s fading heat off the sidewalk outside a convenience store in some small forgotten Iowa town,  my friend T.roy and I were taught a valuable lesson: Rule #1 from the great Fixie Dave Nice – “Dave doesn’t hurt Dave”.  Thanks for the lesson Dave! 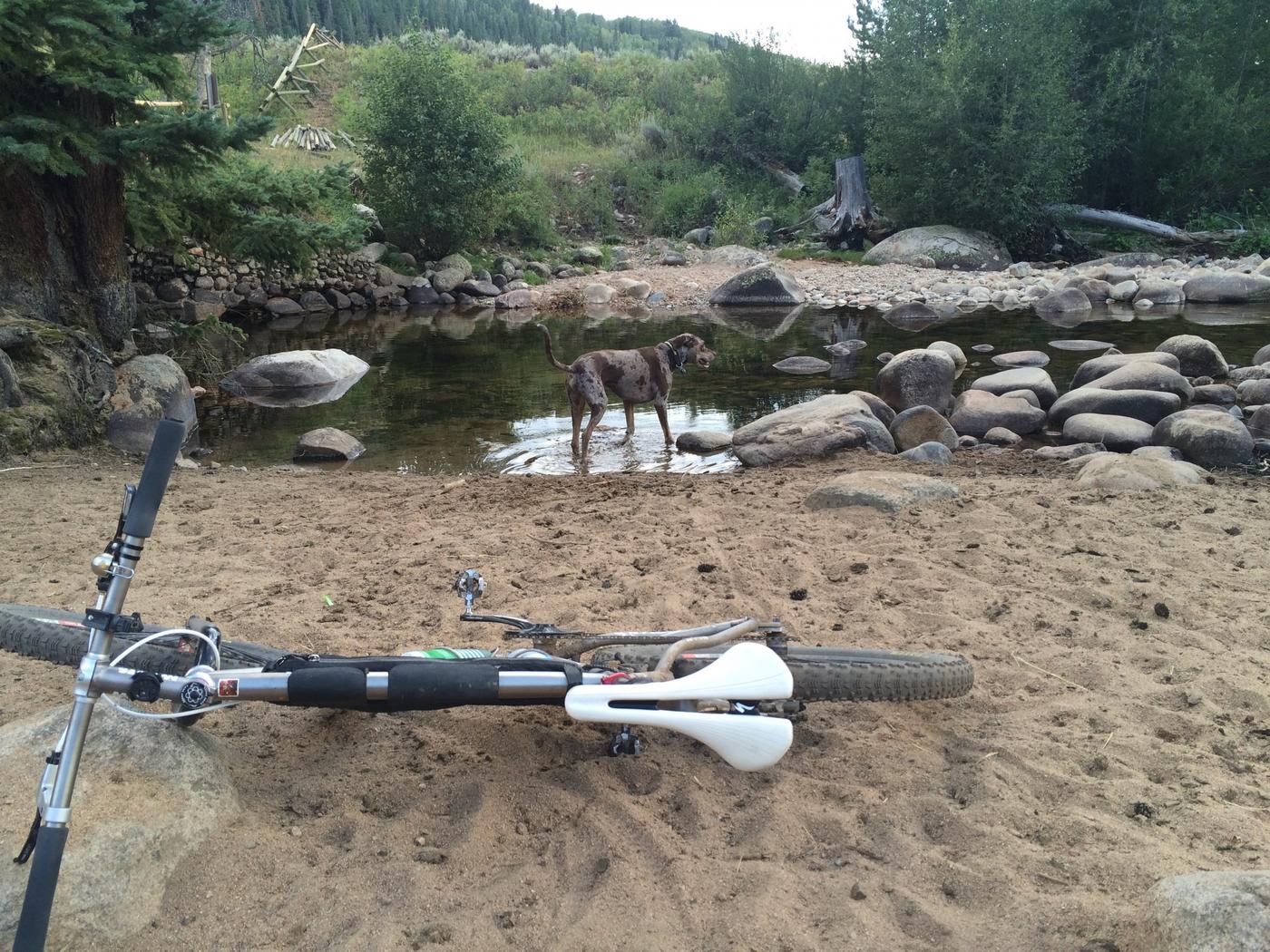 In 2020, I again found myself laid off. A victim of Covid-19 bean counter fears. Once again I turned to this old bike to save me. This time though, I wasn’t full of fear and failure, but rather hope and ideas. I enjoyed my time off during what I refer to as “The Great Reset” and eventually found myself and this bike in new surroundings with a fantastic inclusive and caring cycling community back in the Southeast. 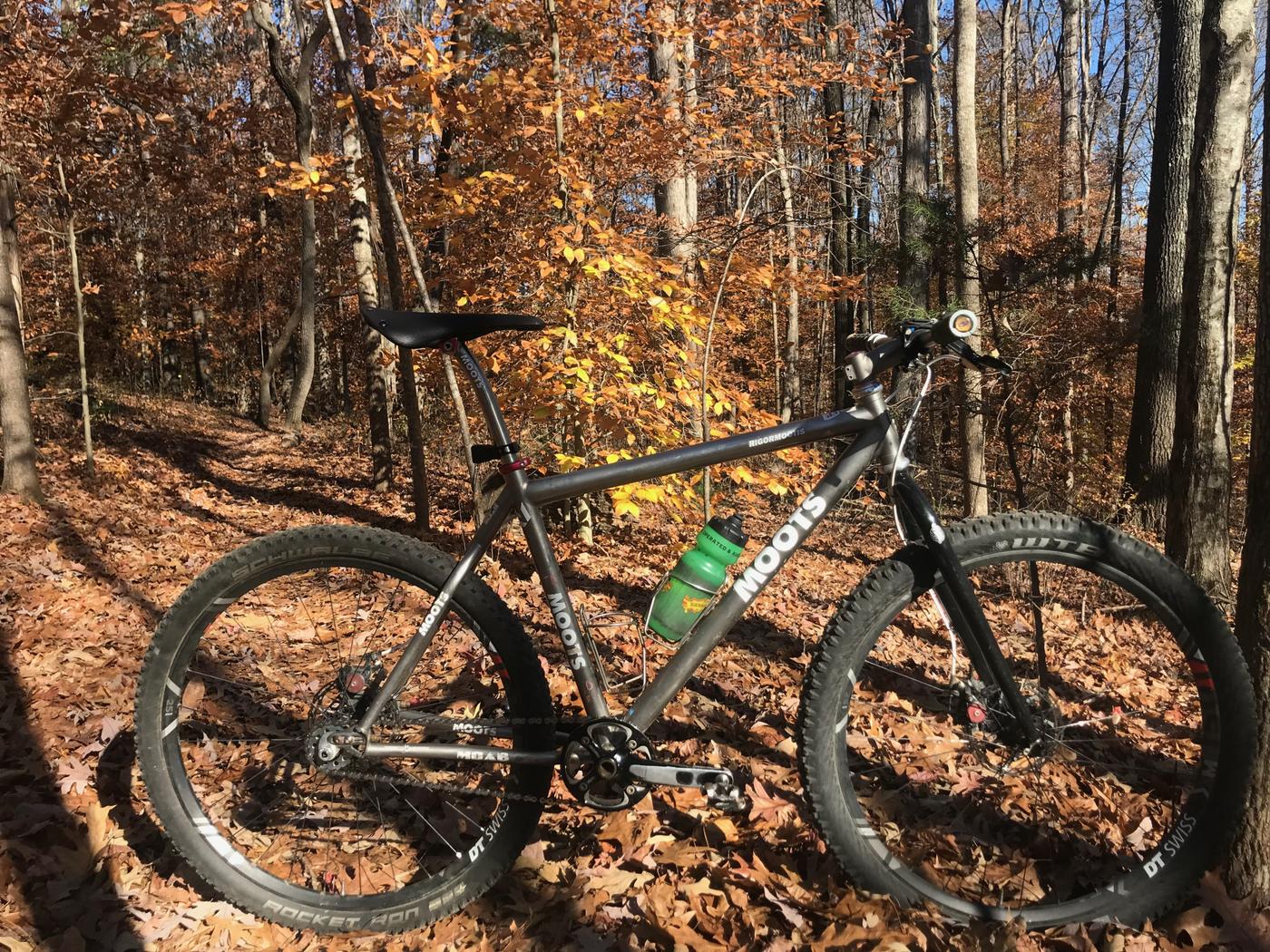 The bike has since been updated to 27.5″ wheels thanks to the wonders of rigid forks and sliding dropouts. My stainless steel King cog’s long lived teeth finally wore out and has since been replaced with an old Surly cog I had kicking around. The headset is an old Cane Creek 100 headset I won at a PMBAR event (Thanks Eric). The Salsa fork replaced an old White Brothers carbon one I’d also won at a PMBAR event when the Vicious Cycles steel fork off my old bike proved to sadly be too short on A/C length for the 100mm Suspension designed frame. Proving once again Pisgah and Pisgah Productions will provide what your soul needs. I turn 50 in January and will, as I have for the last two years, celebrate with this bike in Pisgah. Where I once cut most of my early ATB life lessons and found kindred spirits and community. I am looking forward to what stories this old bike has yet to tell.