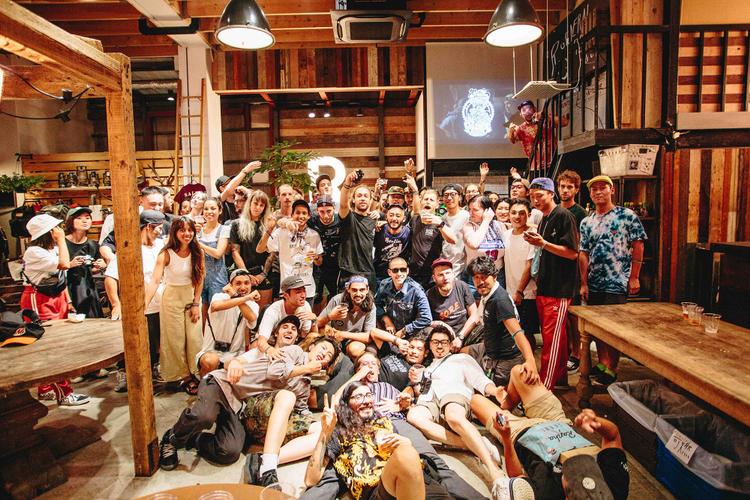 State Bicycle Co has teamed up with Phil Gaimon to throw an extra special giveaway. Sign up at State! 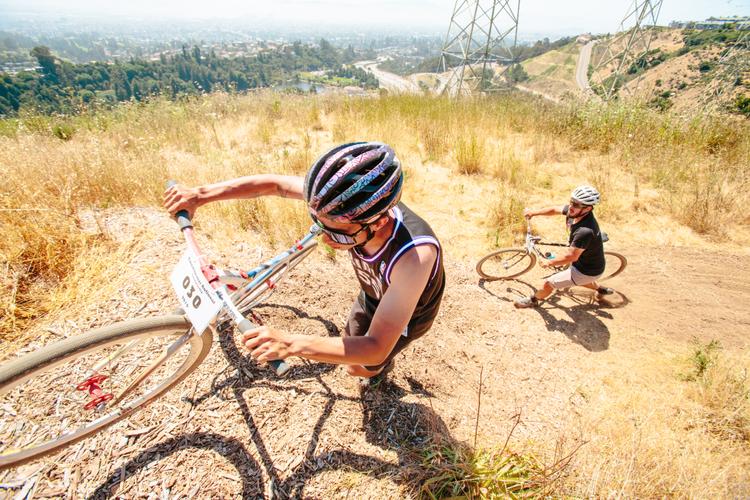 For State Bicycle‘s latest video in the ‘Riding Fixed Up Mountains With Pros’ series, we take a ride up Mount Graham with Eric Marcotte. 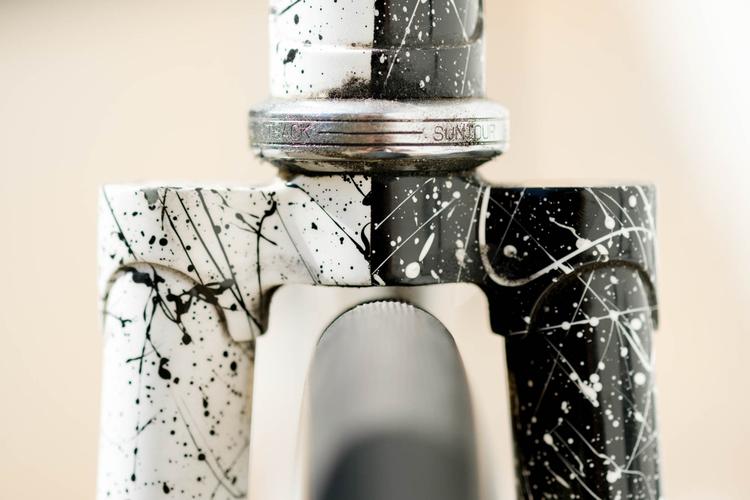 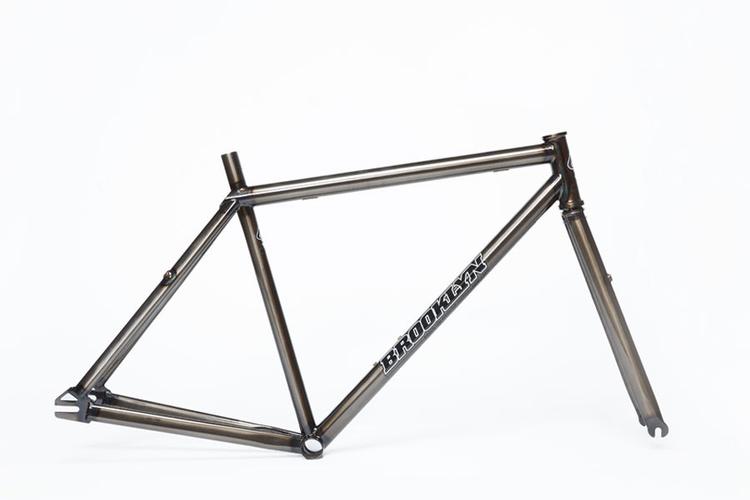 Patrick gets dusty with is unicorn ice cream cone and unveils the new PAUL WORD fixed hub, or Wacky One-speed Rear Device. These are hubs for fixed gears like a tracklocross bike. Like his tie-dye shirt? Well, PAUL has some new threads too! 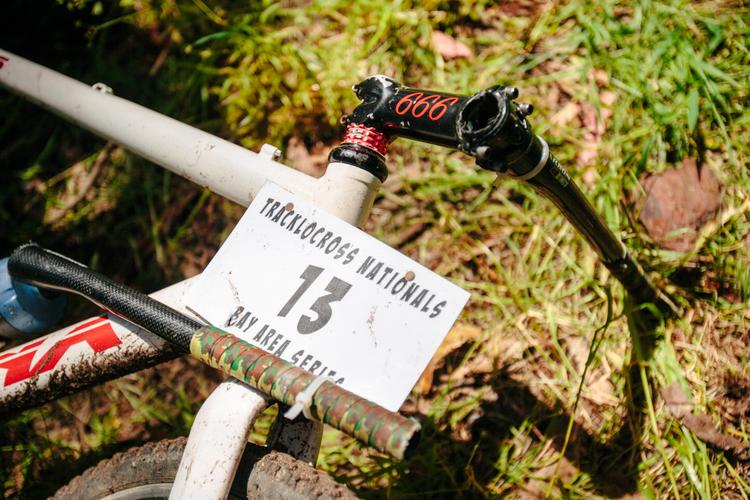 A few weeks back, the third and final Resistance Racing Tracklocross Race Series started off from Swell Bicycles Shop and out to Golden Gate Park. Looking back at the first race in Albany (discarded concrete block, choppy singletrack, and an 80 ft climb), we didn’t know what would be in store for us. The final race consisted of smooth single track, short descends, off-camber turns and my personal favorite, a log pile ramp. These bay area shredders were nuts! 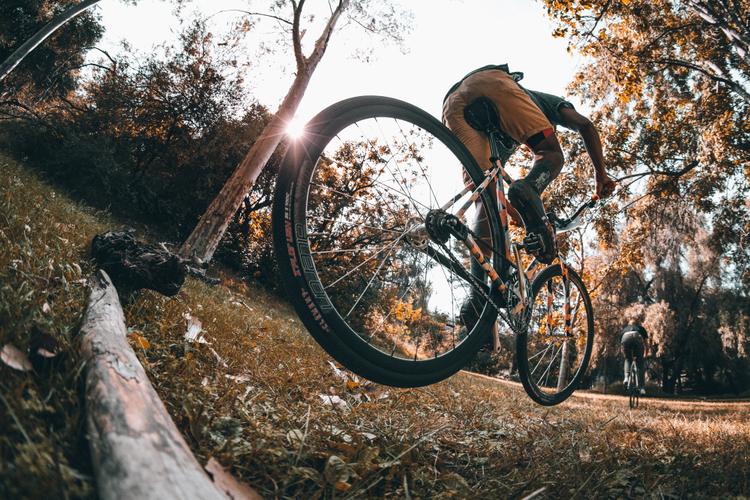 Tracklocross. Yeah, you heard it, Tracklocross. It’s exactly what it sounds like and it’s spreading faster than you could ever imagine. With contingencies popping up all over the globe, things are really beginning to culminate this year as we lead up to Nationals in June (Bay Area) and the World Championships in August (Japan). With Los Angeles’ second race of the season in the bag, the vibes are only growing stronger out here as things continue to build momentum. Safa Brian came out and completely crushed the course. He took a commanding lead out the gate and put a significant gap between him and the rest of the pack. The spectator crowd camped out in the middle of the grass and more or less turned their heads as everyone ran laps around them.

FINGERSCROSSED collaborated with Berlin-based fixed gear athlete Til Schuster. They followed him along as he shows us what riding in Germany’s capital is about. He shares his thoughts about the sport, riding, racing, and life as he navigates his bike through the city. 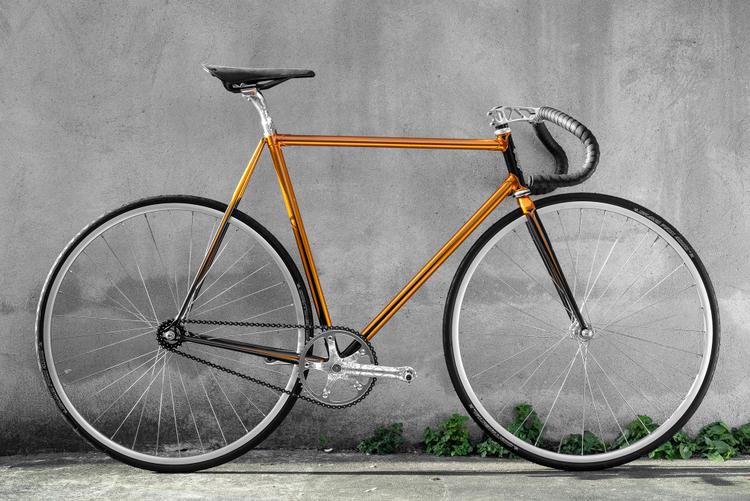 Polizzi Quentin started framebuilding 5 years ago in his free time until two months ago it is now his full time job under the Atelier des Velos, ADV brand. This all began in 2009 when he engraved a groupset for a shop in Paris. This engraved gruppo went onto a Tommasini, prompting Polizzi to pursue making his own frames for his engraved groupsets. This is one of his first complete packages from the ADV label… For this build he chose a Modolo bar and stem. A Campy Pista group, and Araya rims. This is all sublimated by this marvelous paint showcasing his savoir-faire! Check out more photos below!

Mount Baldy, or Mount San Antonio, reaches 10,069′ and is the highest point in Los Angeles County. That’s almost twice as high as the highest point in the City of Los Angeles. You can ride up to the ski lifts at Baldy via Mount Baldy Road or via Glendora Ridge Road – which is usually closed to cars. In the latest Riding Fixed Up Mountains With Pros we get to ride with Justin Williams. 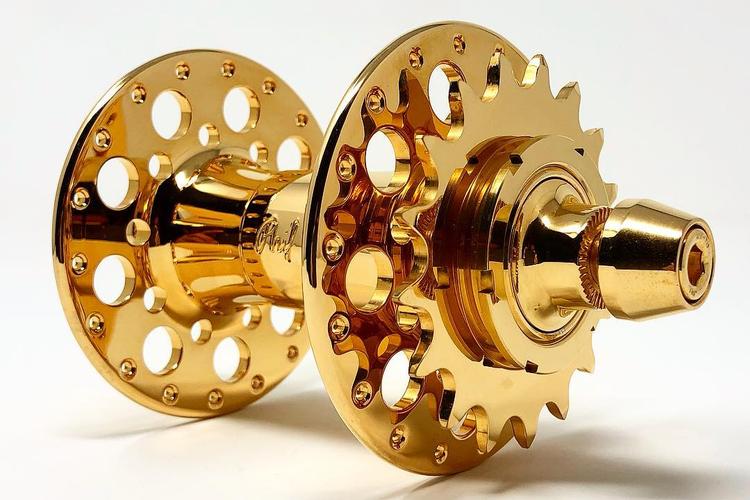 The days of the blinged out fixie and track bike craze may have dwindled, but that’s not stopping Phil Wood from releasing pure gold like this. What do you think of this teaser? Head to the Phil Wood Instagram to stoke them out! 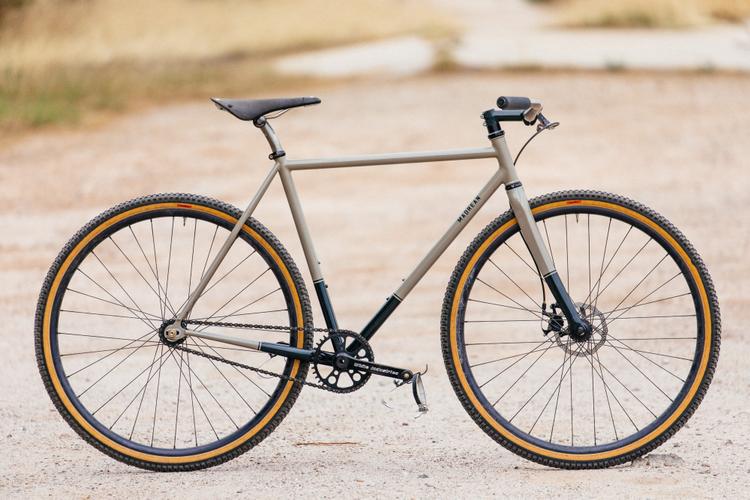 This particular model is built with PAUL hubs, a front Klamper, White Industries Cranks, Bruce Gordon Rock ‘n’ Road tires, an Eriksen seatpost, custom painted stem, titanium townie bars, and a Brooks saddle. With paint done in-house, Hubert is working on dialing in the production process for his bikes and moving towards a production sizing operation. While there is no launch date for a Madrean, he’s getting there.

In Episode 7, the Riding Fixed Up Mountains with Pros team met up with Toms Skujins only one week after his 2018 cycling season, which saw a King of the Mountains Jersey in Tour of California and the Tour De France, a national TT championship (Latvia), and multiple stages won around the world. They chat with Toms about his homeland Latvia, living in Colorado, bike racing, and of course his love of potatoes. 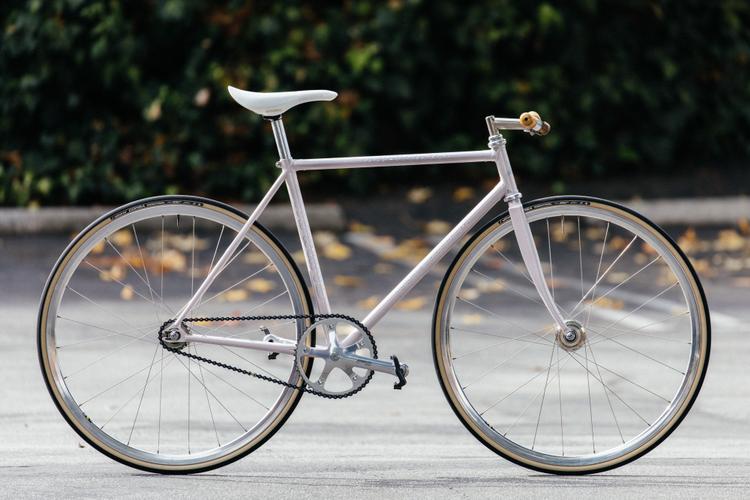 I thought these three bikes, the Carnevale, the Cinelli, and now this Makino all brought something interesting to the table at the Cub House’s Bike Show and Swap. While the previous two bikes are examples of the 60’s and 80’s, this Makino reminds me of the mid-2000’s so much. The time when track bikes were the biggest thing in cycling since mountain bikes. ATMO, anyway. I never owned an NJS bike. Mostly because it was always hard to find one in my size. Not too many Keirin racers ride 58cm or 60cm frames. Yet I always loved the work that left Makino’s shop. With their sparkly, iridescent paint, beautiful lug work and tucked and mean stances, the Makino track frames always looked like they were in the process of pouncing. While purists will scoff at the flat bars and sparkle grips, riding drops for the sake of drops never made much sense to me. Especially when riding brakeless.

Richie, the owner of the bike has pieced together quite the build. It’s classy without being hung up on that coveted NJS stamp and for me, it was a joy to photograph.

“JaBig, a Montreal-based DJ, buys a bike on a whim and decides to attempt to beat the record for the longest continuous bike ride in a single country. What’s more, he’ll ride a single-speed, fixed-gear bicycle and finish in the winter, approaching the Arctic Ocean by way of Canada’s northernmost continental hamlet, Tuktoyaktuk in the Northwest Territories.

We pick up with him as he’s closing in on his endpoint along a 188km-long ice road. In his final kilometres, he falls more times than he has in the previous 17,000km combined.

JaBig knows he is where he is meant to be, but the final hours will push him further than he ever imagined. The journey is bleak and beautiful at the same time, and JaBig’s story will make you pause, asking yourself, “where would I go from here?””