Today we’re pleased to showcase a build from our friend Martin at Second Spin Cycles. Martin works on restoring old mountain, road, and yes, track bikes for his clients by speccing the period-correct components and more. 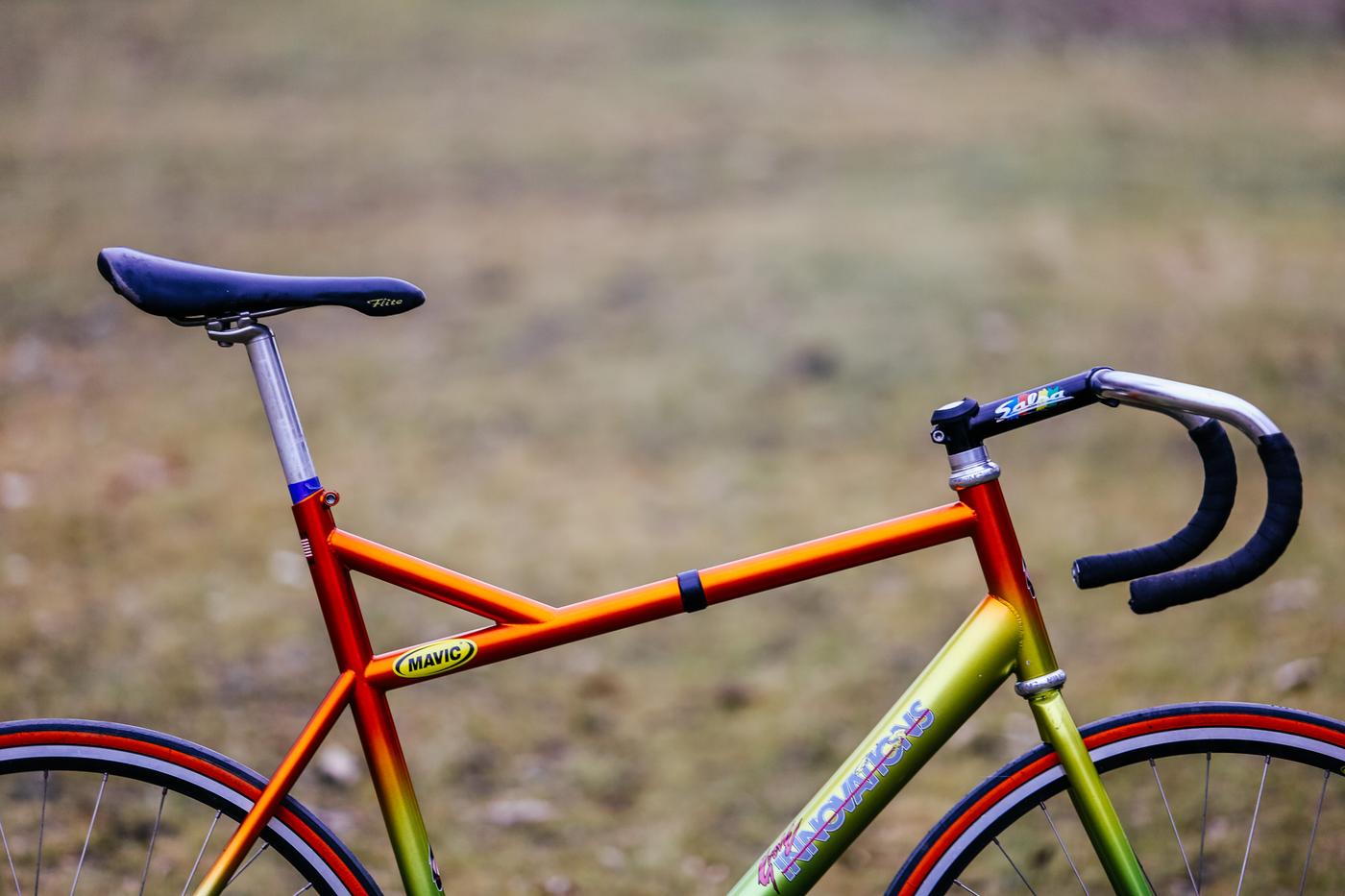 Grove Innovations was never known as a builder of lightweight bikes, their more popular models like the Hard Core or the radical X-Frame always look somewhat brutish next to the average 80s/90s mountain bike. Even the cross country-oriented Assault weighed in about a half-pound more than other comparable steel frames of the era. What Groves were known for was the craftsmanship of their builders and probably above all their near-indestructible build quality. So, if you were a 6’2″, 235lbs track racer in the mid-90s who’s broken frame after frame you may turn to Bill and ask him to take a Hard Core frame and turn it into a track slayer. The frame borrows the main triangle from the Hard Core, the sloping top tube helps with standover and utilizes an extra reinforcement at a seat tube. The front triangle is mated to a custom brazed rear end with Breezer-style dropouts. Tire clearance at the front end is no more than a cat’s whisker and the same can be said for the rear. 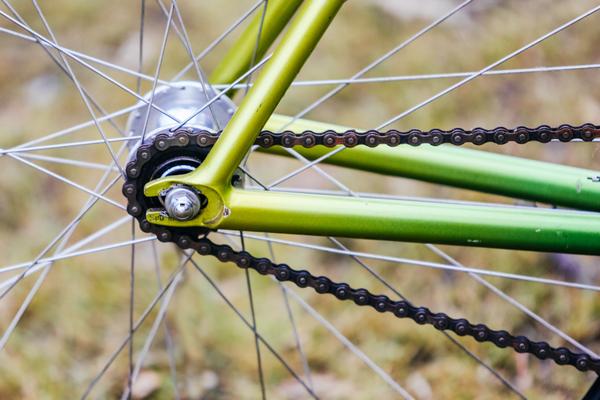 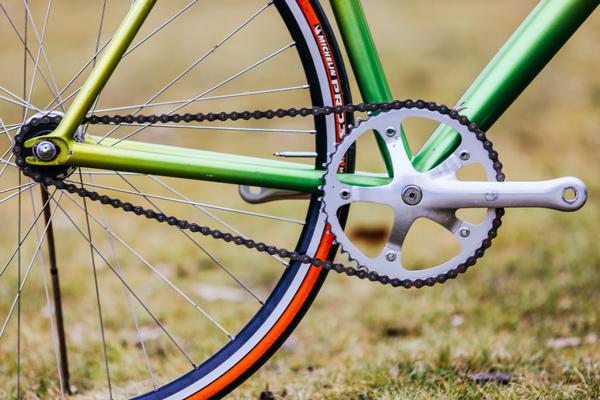 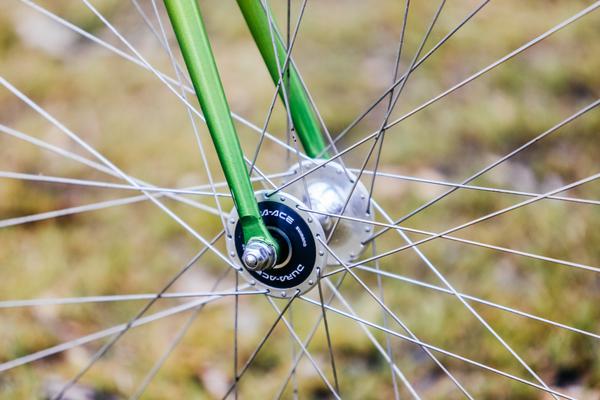 The build kit lacks a bit of consistency (clearly the money went to the frame and fork) and was likely changed as the bike was actively raced for several years. The hubs are appropriately classy Dura-Ace 7600 series track hubs, laced to Mavic CXP33 rims. Torque is applied courtesy of Campagnolo Record Pista cranks mated to a loose ball bearing Campy bottom bracket. The cockpit features a Chris King headset, Salsa stem, and 3TTT bars. Rounding out the build is a Shimano M910 XTR seatpost with a Selle Italia Flite saddle. 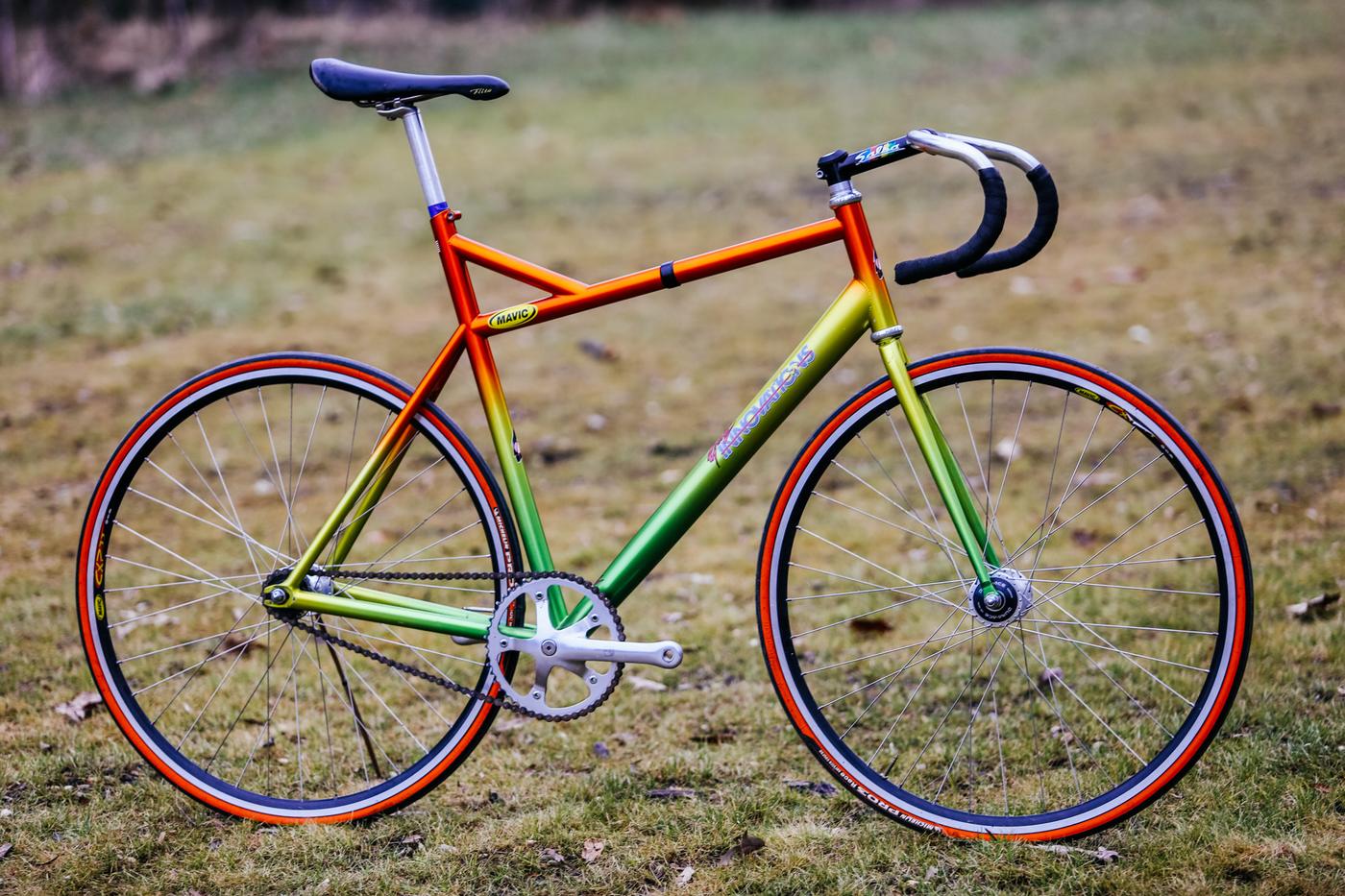 While I’m not a track racer by any means I can definitely say that this thing feels incredibly solid, and just like every other Grove I’ve had the pleasure to work on the build quality is amazing. I really love the way that Grove managed to make a bike that’s made to be near indestructible by design seem so delicate in the right places. The welds are barely visible and the brazing is applied in all the right places. The last thing to say about Groves is ironically the first thing that most people notice, the paint jobs. Earlier bikes were always covered with neon colors and wild crackle and glow-in-the-dark effects, by the mid-90s they shifted to metallics and simpler fades. Though not quite as wild as their earlier designs this particular paint job (shared with a one-off mountain tandem) still looks as though it may have come out of a modern-day shop and turns heads everywhere you go.