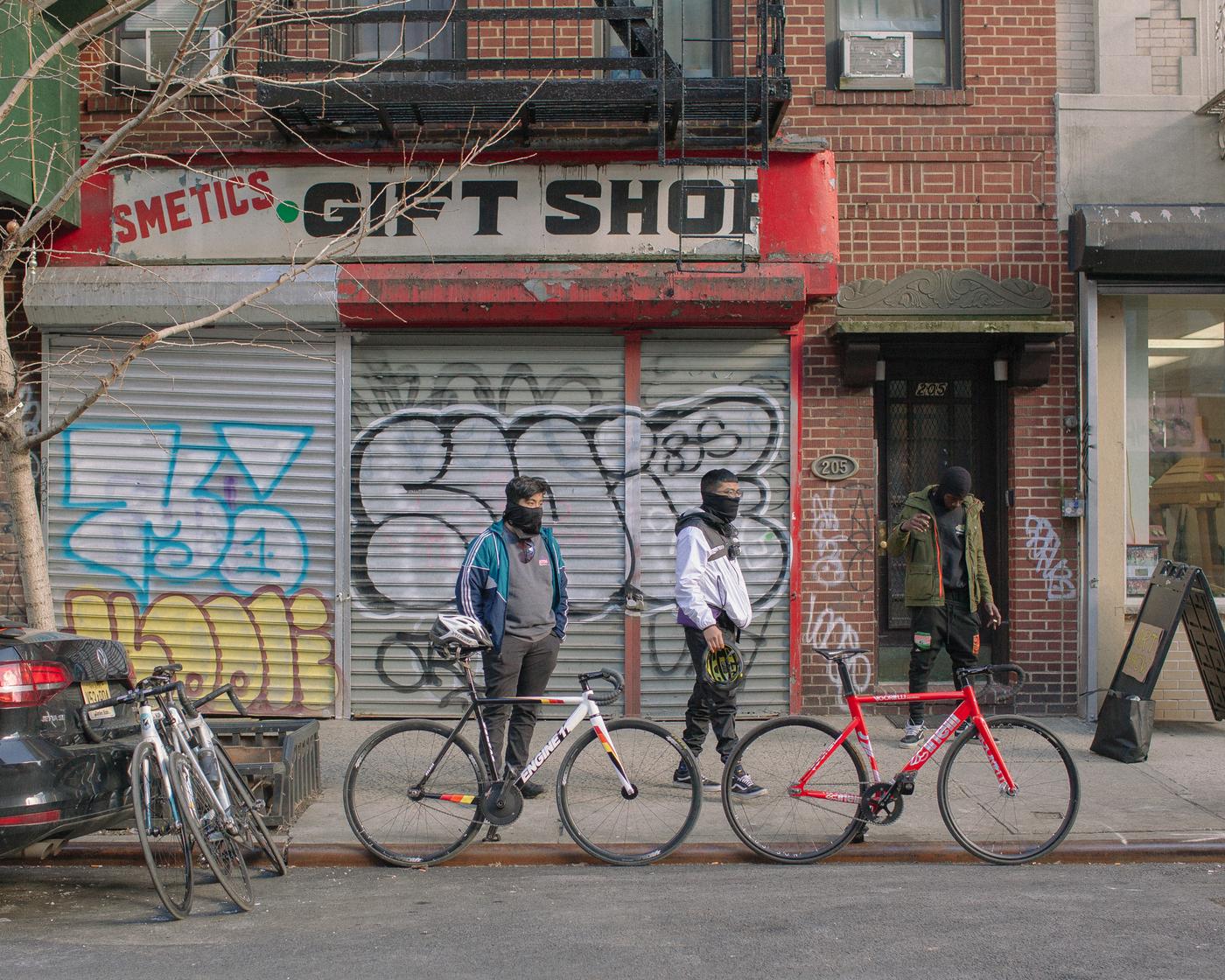 I arrived at registration a little after the suggested start time of 1:00 PM on Avenue B in the East Village of Manhattan. It’s been over a decade since I’ve attended an alley cat event, so I didn’t expect to see too many familiar faces, but as soon as I arrived, I felt a familiar energy. The block was closed off to cars, and the street was filled with people and of course, bikes. I took my rounds, enjoying the plethora and piles of brakeless street machines – some similar to my generation of builds (think NJS steel with a max tire clearance of 23mm). Some updated to the needs of today’s standards, style, and needs (cross tires on a track bike? Count me in!), while blunt smoke filled the air from all corners, and beer cans were being popped amongst friends. 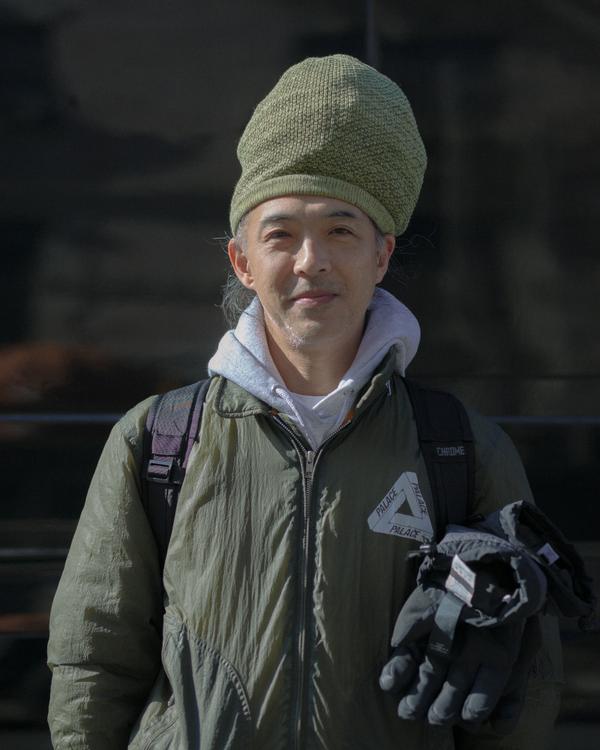 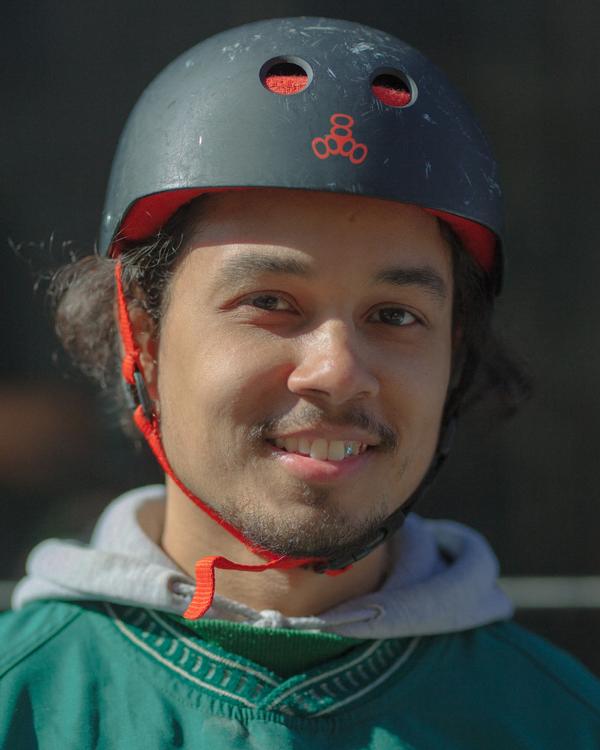 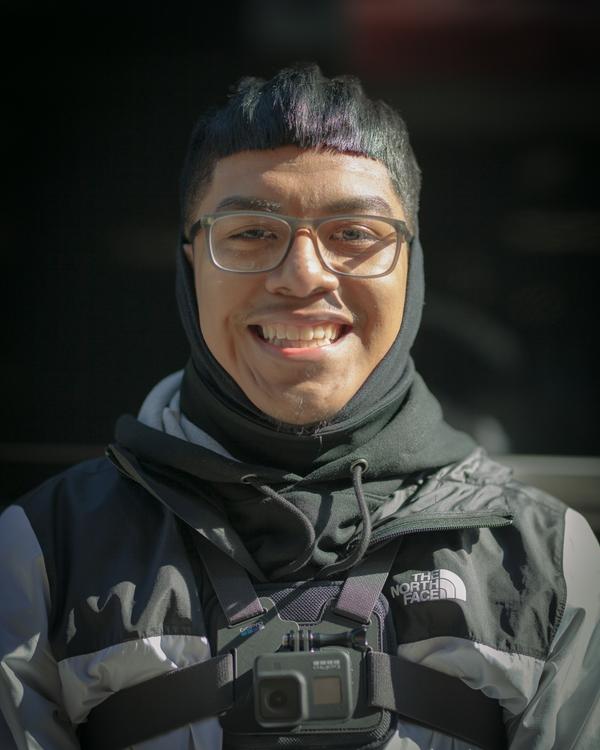 As I photographed bikes and riders, I had great conversations, with locals and out-of-towners alike. Many, their first Monster Track event, and a few, arriving from out of state to experience the event. All were very happy to be there, albeit on a cold February day, not knowing when the race would start or what to expect. 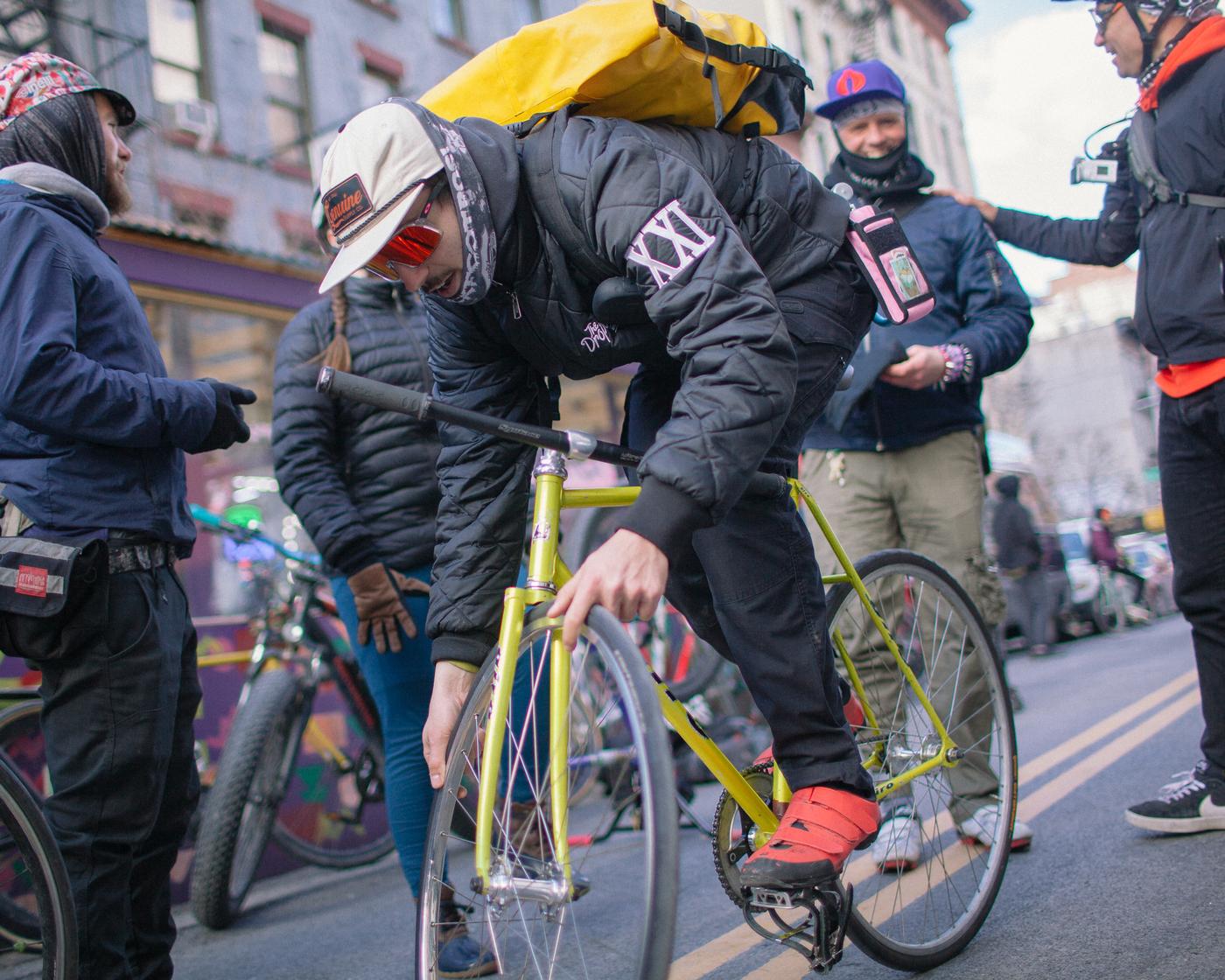 Fast forward to 4:30 PM, and the race finally went off. Can you imagine 100+ amped, maybe-drunk, ready-to-race, brakeless bike riders navigating from the Lower East Side to Union Square on a Saturday afternoon getting ready to go off in one of the biggest urban races in the world? I decided to head to Tribeca, to one of the checkpoints where one of the very few familiar faces I knew would be (Red Hook Crit’s own Dave Trimble). 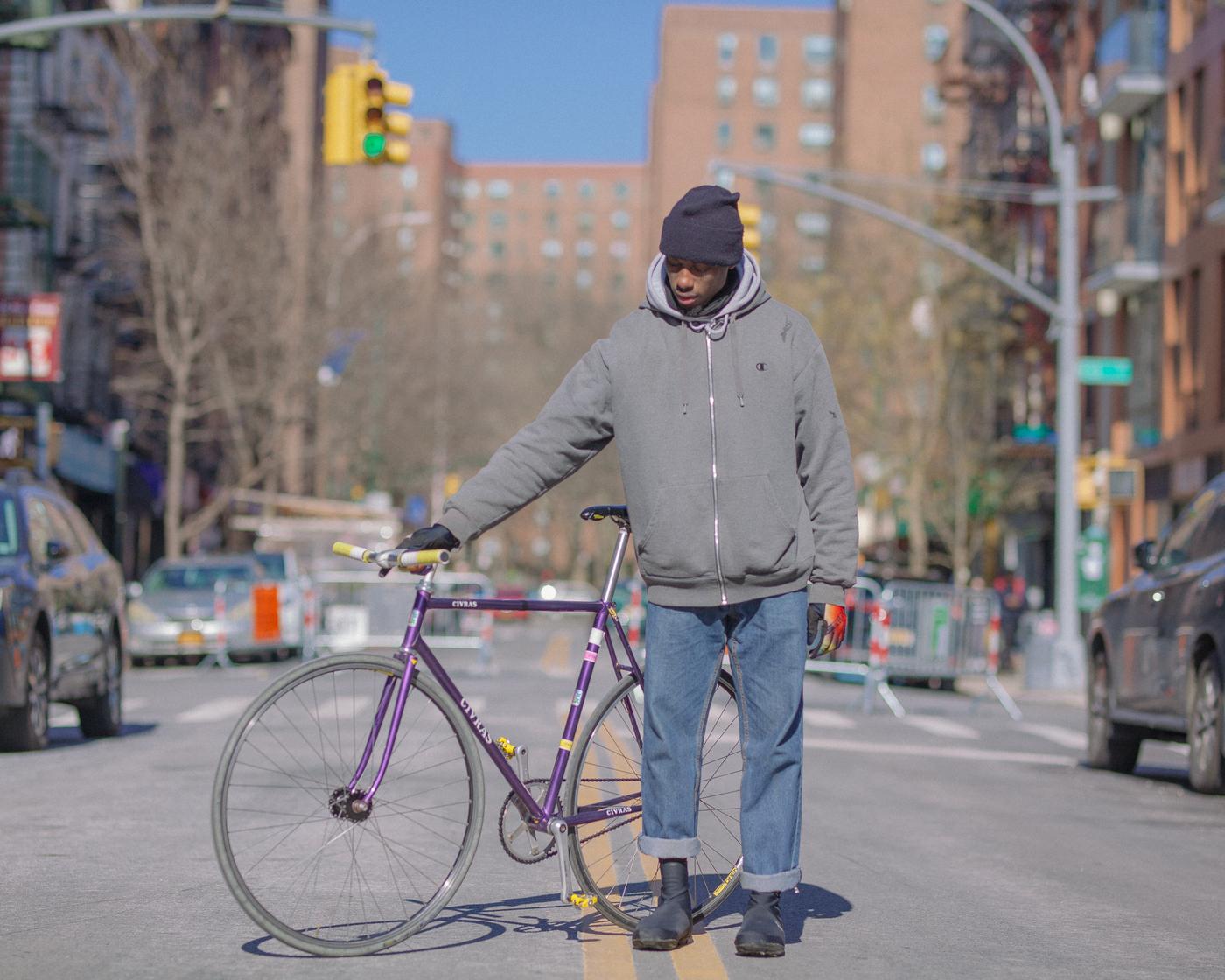 We stood there, shivering, as we waited for the first racers to arrive, green manifest in hand, skid-stopping abruptly for the checkpoint volunteer to place a sticker on the sheet –validating their presence one-of-many stops on the one-of-three manifests of the event. More racers would come trickling in as time went by – a few with a sense of urgency and a desire to win, and most with a perspective of I’m-just-happy-to-be-here-and-be-a-part-of-this. As the feeling in my fingers and toes began to disappear more and more, I decided to switch it up and head downtown to another checkpoint to see what type of action was happening there. By this time, it was dark, and the racers were most likely facing the struggles of racing through Saturday night car traffic in NYC on top of the already-challenging manifests they needed to complete. 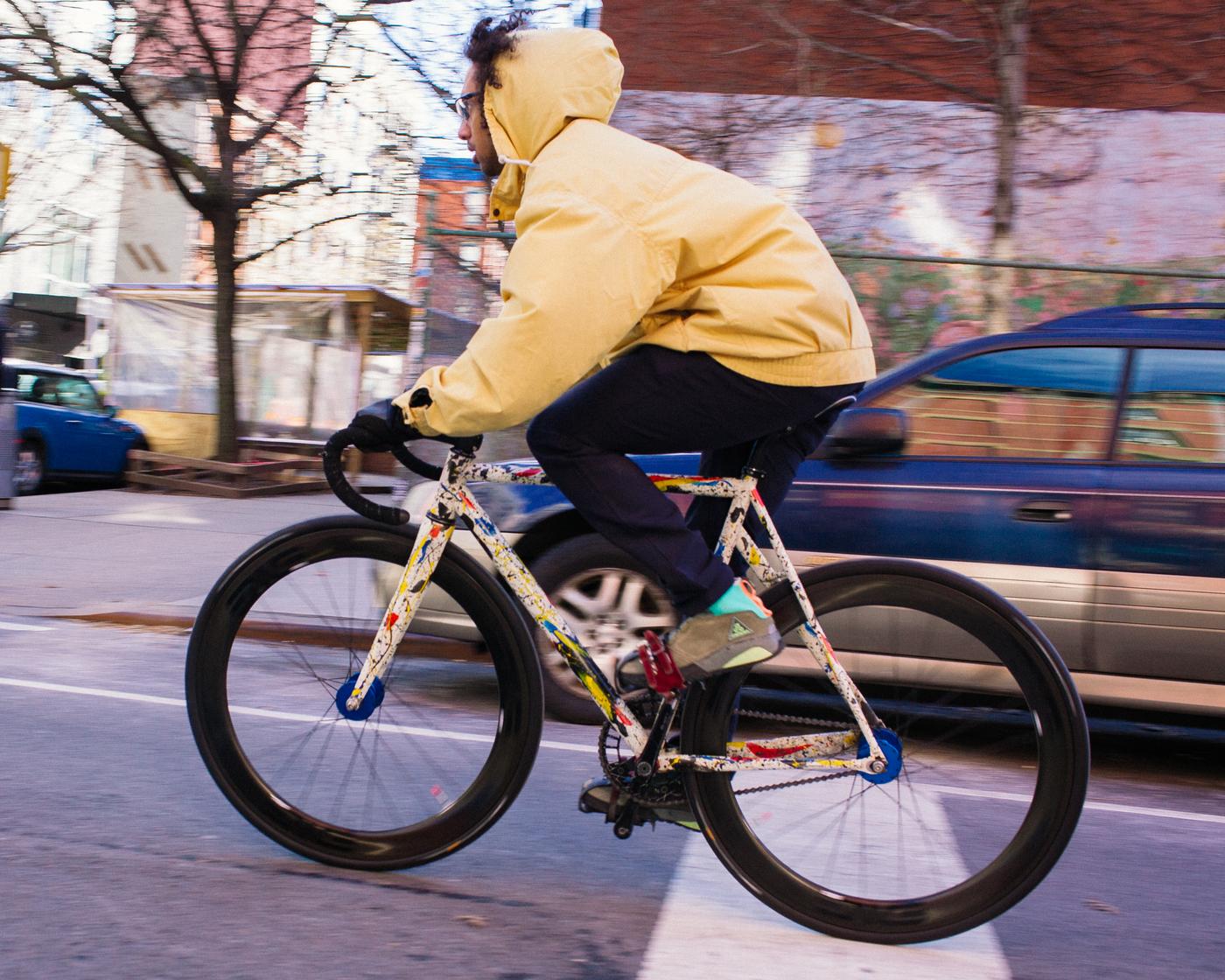 I chatted briefly with the checkpoint volunteers, who were all happy to support the event, the community, and their friends – even on a cold New York City winter evening, for hours on end. 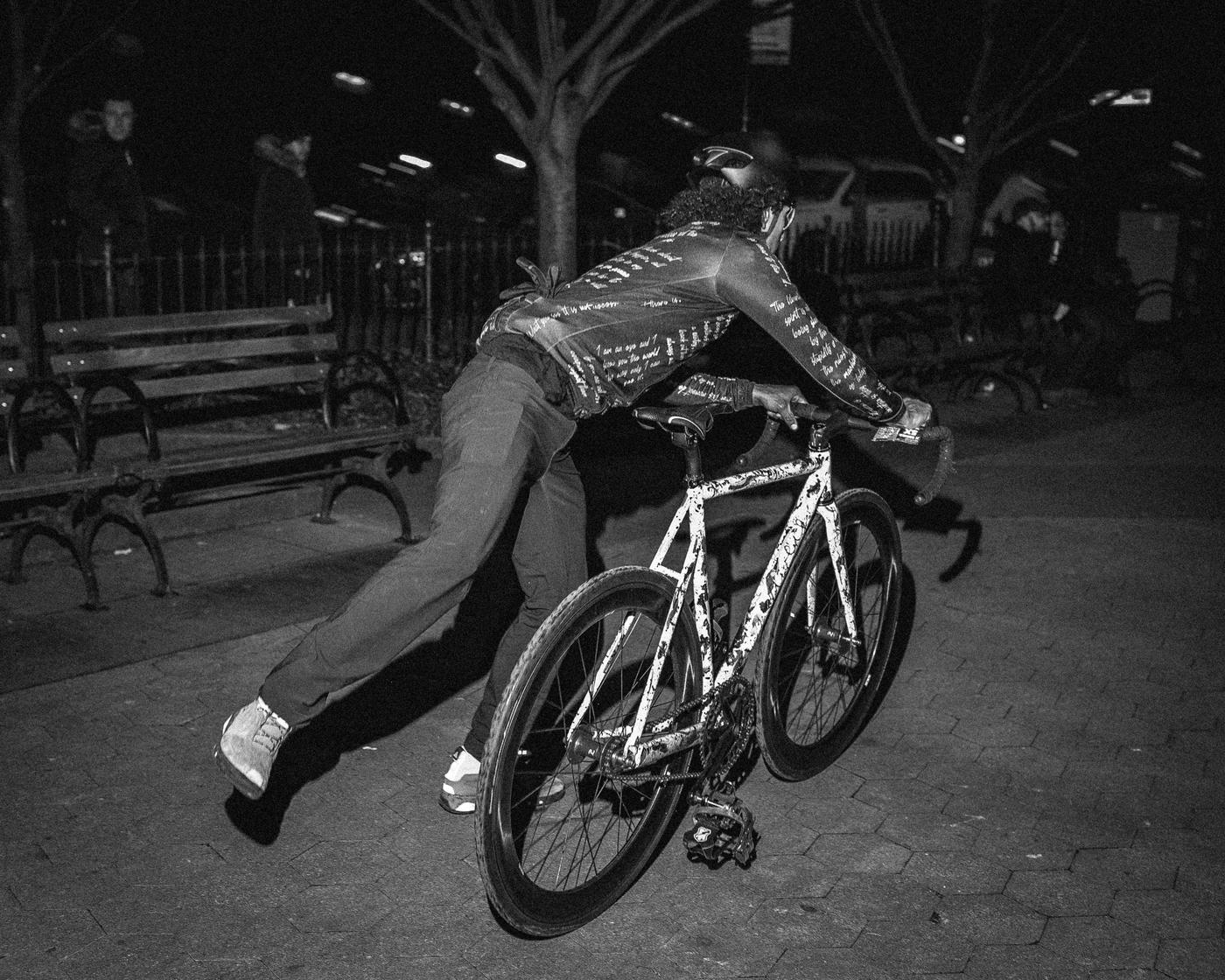 I hung out for a while until the checkpoint volunteers discovered they no longer needed to be there because it was the cutoff to begin the second manifest for the racers at the front. Unfortunately, no one knew where to go next or how to support the race or riders, so I proceeded to head back to the race start in the East Village. It was around 8 PM, only a handful of elite brakeless track bike riders were left out on the streets of the Big Apple to complete the third manifest and take the title of winner of Monster Track. Meanwhile, the eliminated racers also retreated to the race start to see who would be the winner. So after 11 years, what has changed and what remains at Monster Track? Sure, the handlebars are MUCH wider, and the tire clearance on the frames and forks are larger, but the energy, excitement, inclusivity, and sense of community remain the same. It may not be your type of riding, racing, or bicycle, but what Monster Track always has and continues to capture is this incredible and unexplainable energy for bikes. 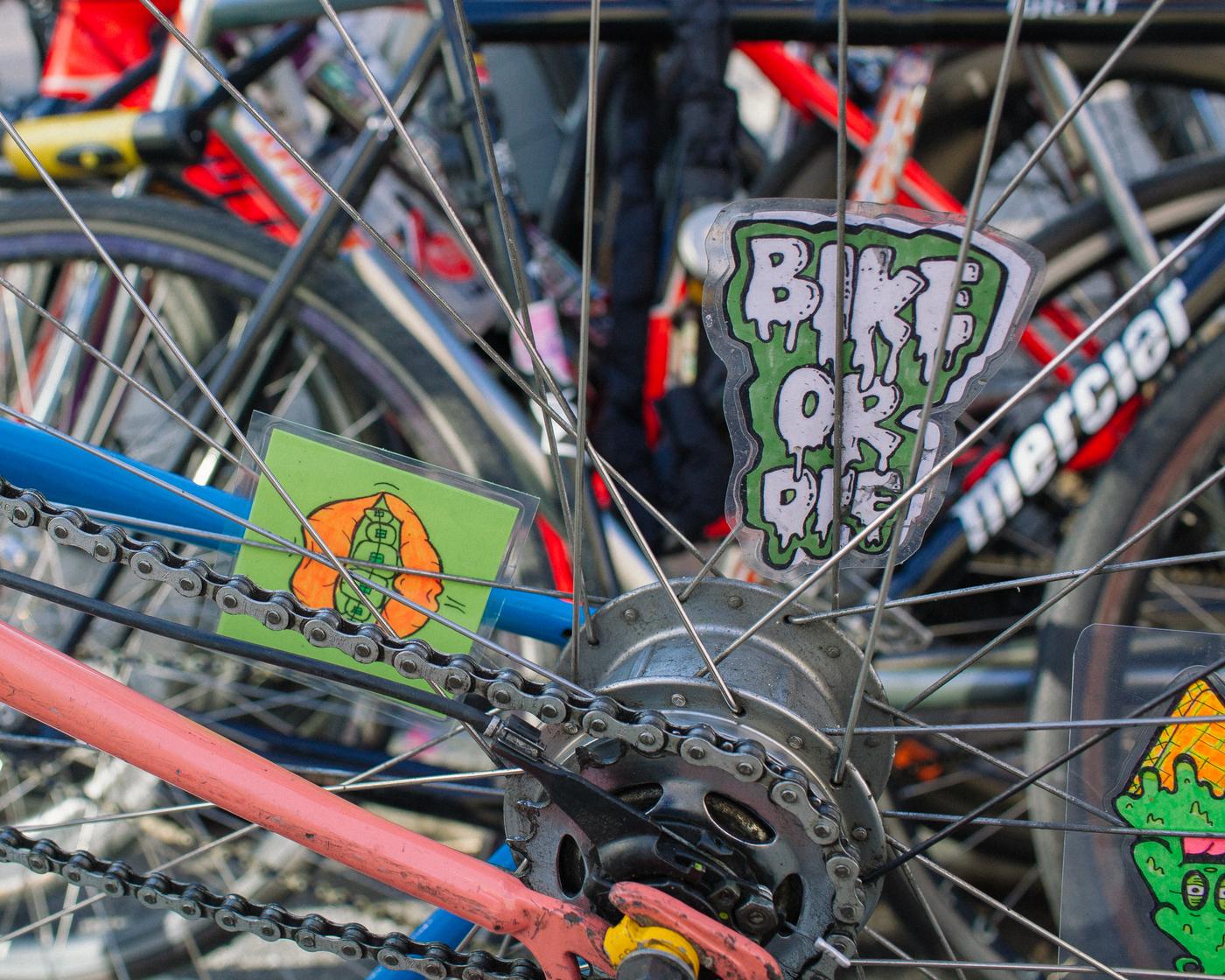 You may not agree with the idea of a hundred brakeless riders racing through the streets of one of the biggest cities in the world, but when you find yourself there with them, with an open mind, and an open heart, you’ll learn that this very niche yet very special community of bike riders and racers shares the same love and passion for pushing pedals just like you.