Summoning Fixed Gear Gallery, circa 2006, here with this one! Eric works at Revel Bikes in Carbondale, Colorado. He’s their product design engineer and loves CNC components and old, vintage frames. His latest build is this wild Klein Quantum Race built to 2006 standards, with a few nods to current trends, so let’s check it out! Klein began as a custom framebuilder who worked with aluminum to make the lightest bikes possible. This was in the 1980s, so carbon fiber hadn’t entirely engulfed the industry yet. Later, in 1995, Trek purchased the Klein brand and the original Klein factory in Chehalis, Washington. The facility later closed in 2002, and frame production moved to the Trek headquarters at Waterloo, Wisconsin. Unfortunately, it seemed that Trek was just buying a competitor for their production technology, and in 2007, Klein’s production stopped. 2009 marked the unfortunate demise of the Klein brand.

Because these bikes are metal, they’re still found in abundance on Craigslist, eBay, and Facebook Marketplace, which is where Eric picked this Quantum Race up for $275. It’s his size and was begging for a fixed gear conversion. 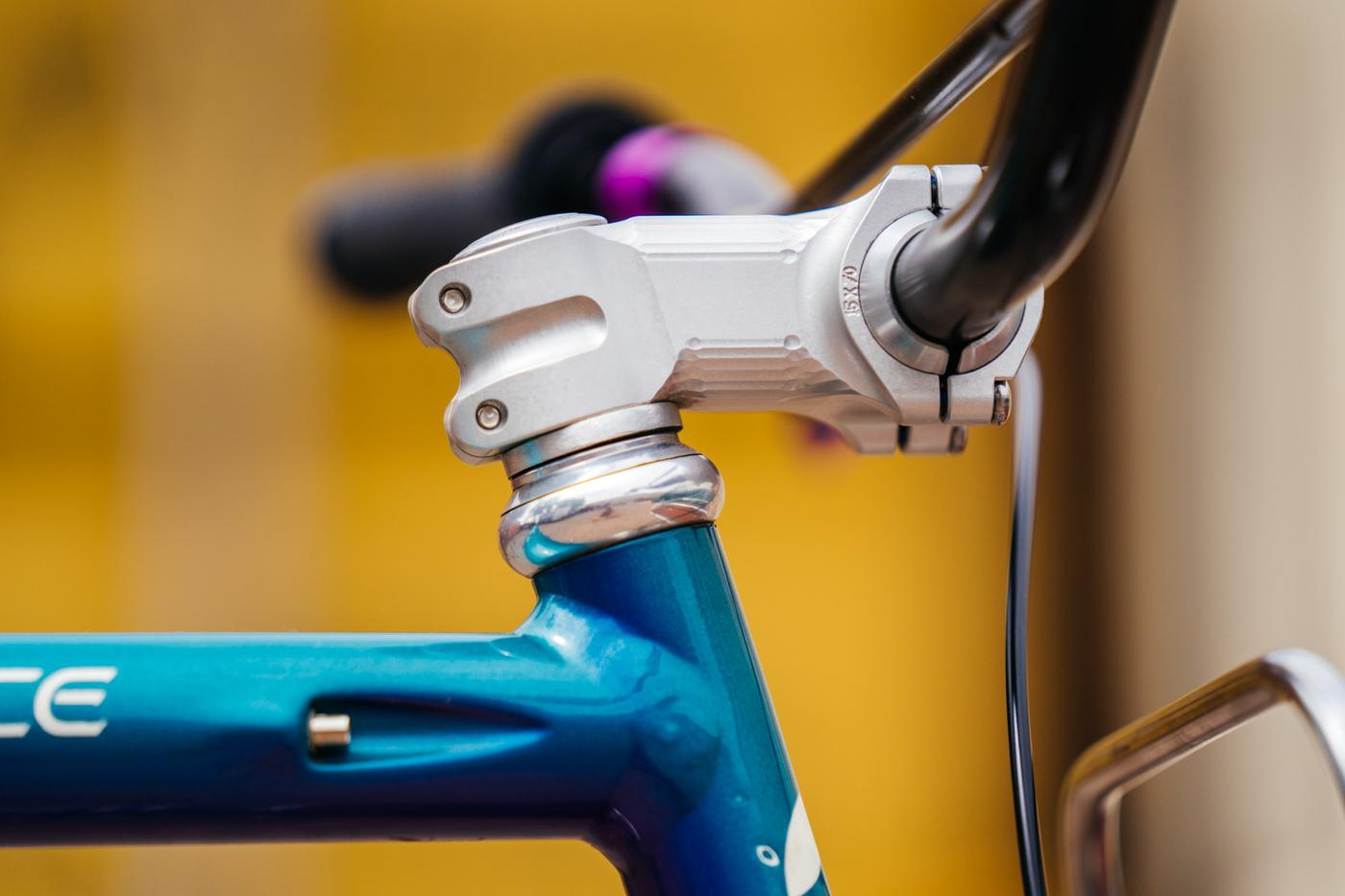 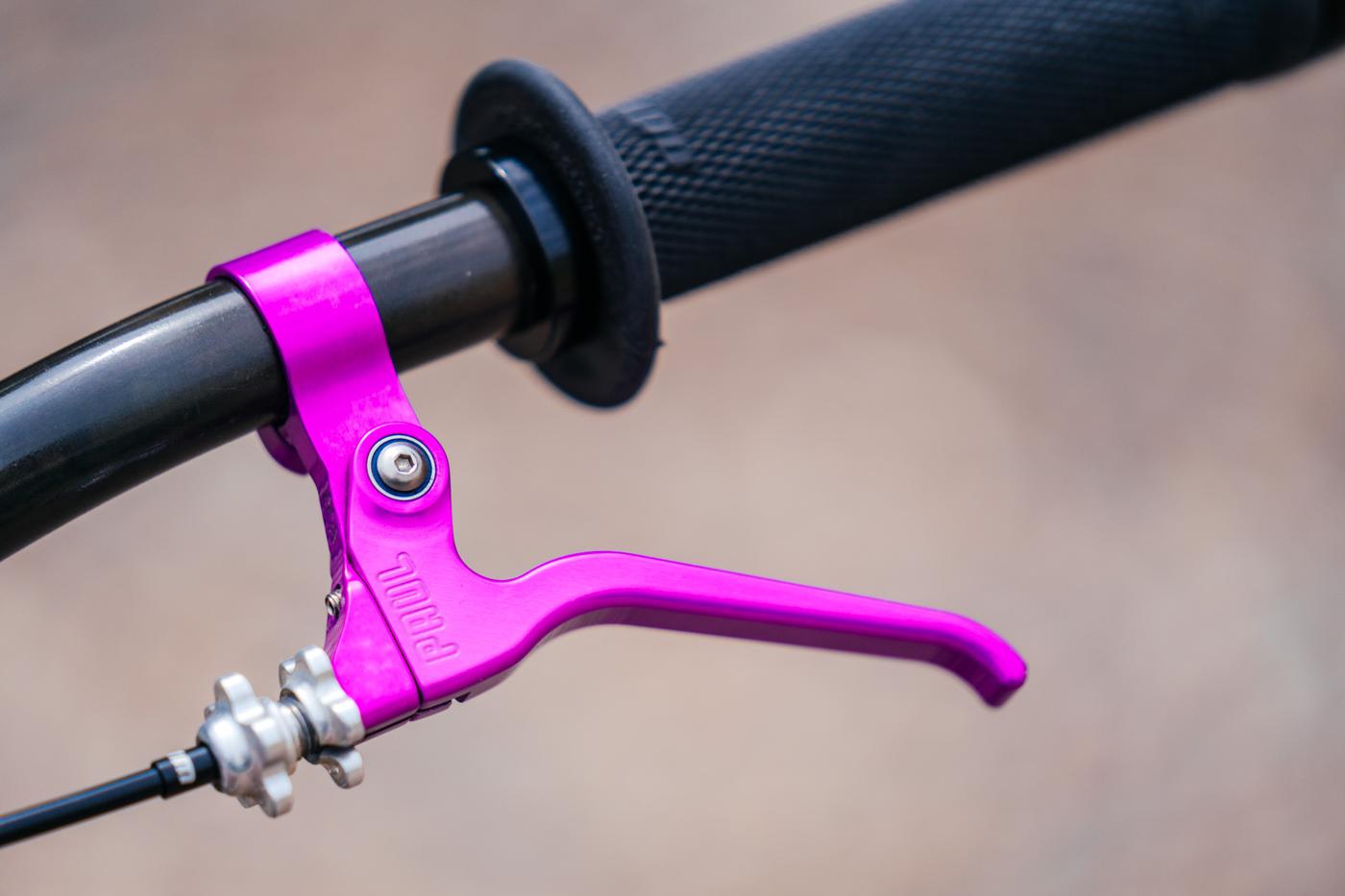 Being an engineer and having grown up in a machine shop, Eric loves CNC brands like Paul Component Engineering. He’s a huge fan of Paul’s work and used a few choice Paul bits on this build, showcasing the beauty of US-made CNC bike parts! Eric scoured Facebook Marketplace and other online forums for most of these parts while springing for a new Boxcar stem. 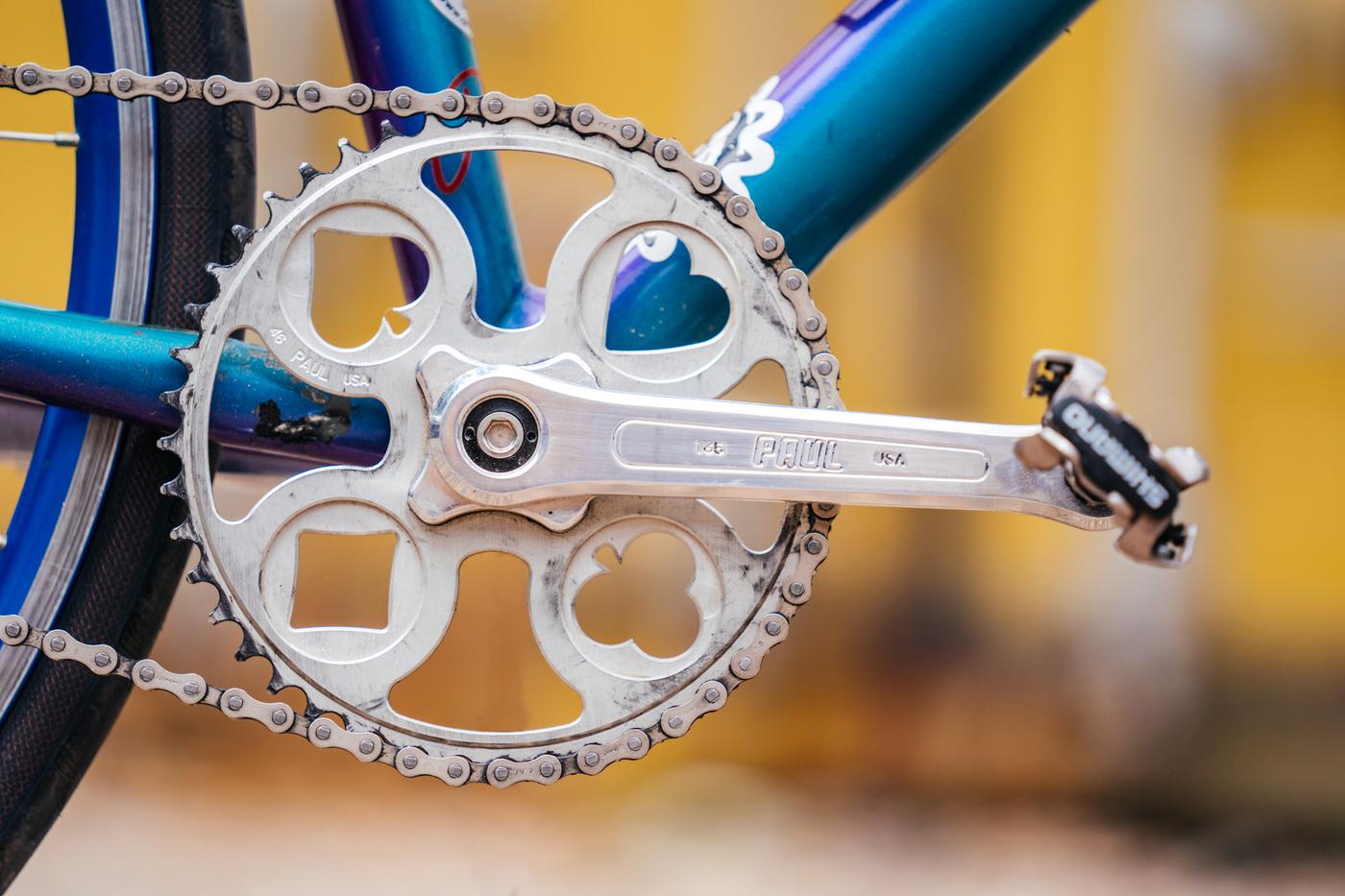 Fixed gear and singlespeed riders from the early 2000s will recognize the Paul “Royal Flush” crankset, which features four original French suits of centuries ago: clubs (♣), diamonds (♦), hearts (♥), and spades (♠) on the chainring. The centerpiece of the build is the front wheel. He bought an aero HED wheelset with a rear disc and the front trispoke. He sold the disc for what he paid for the wheelset. 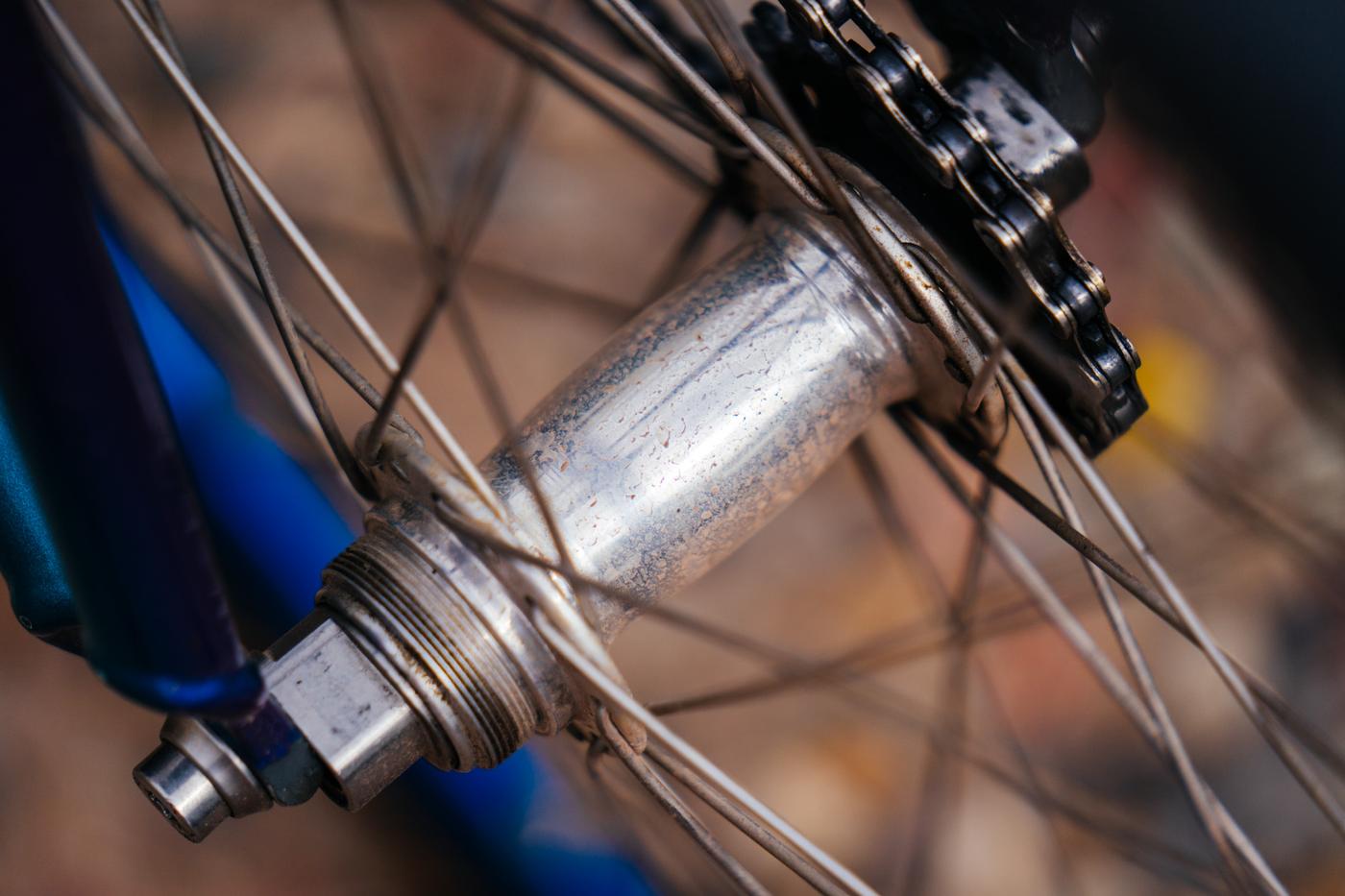 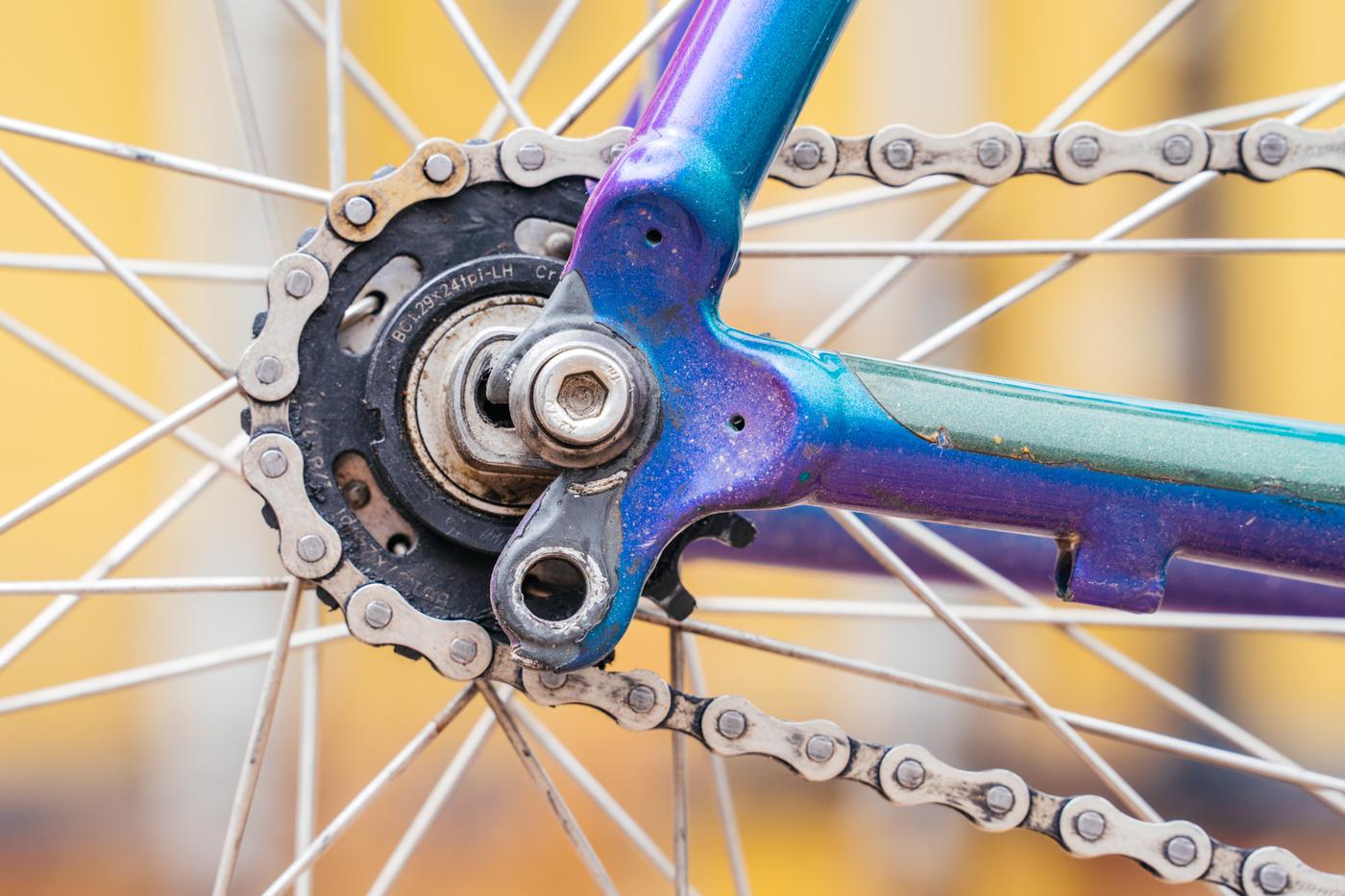 The rear wheel features a White Industries ENO hub, which allows users to tension their chain with an eccentric axle body. 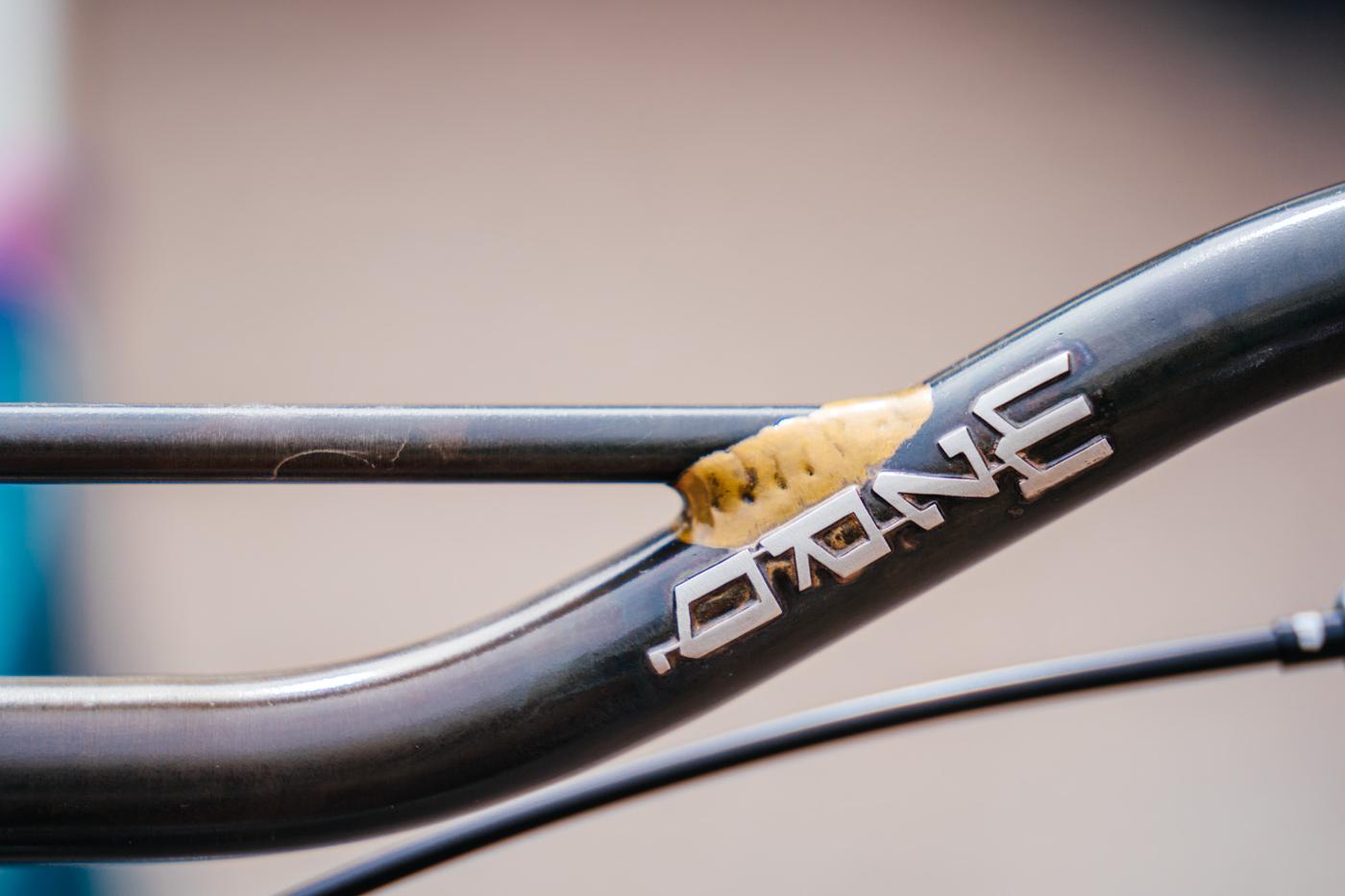 I mentioned in the opening paragraph that Eric built this bike nodding to current trends; 22.2 3″ rise cross bars. These bars are made by WZRD Bikes up in Canada. The purple seatpost collar adds a bit of pop and the Brooklyn Bicycle Company rack, mounted to the Wound Up fork adds a bit of utilitarianism to this wacky yet stunning bike. At first, I thought he had gotten his hands on a Paul Flatbed Rack! 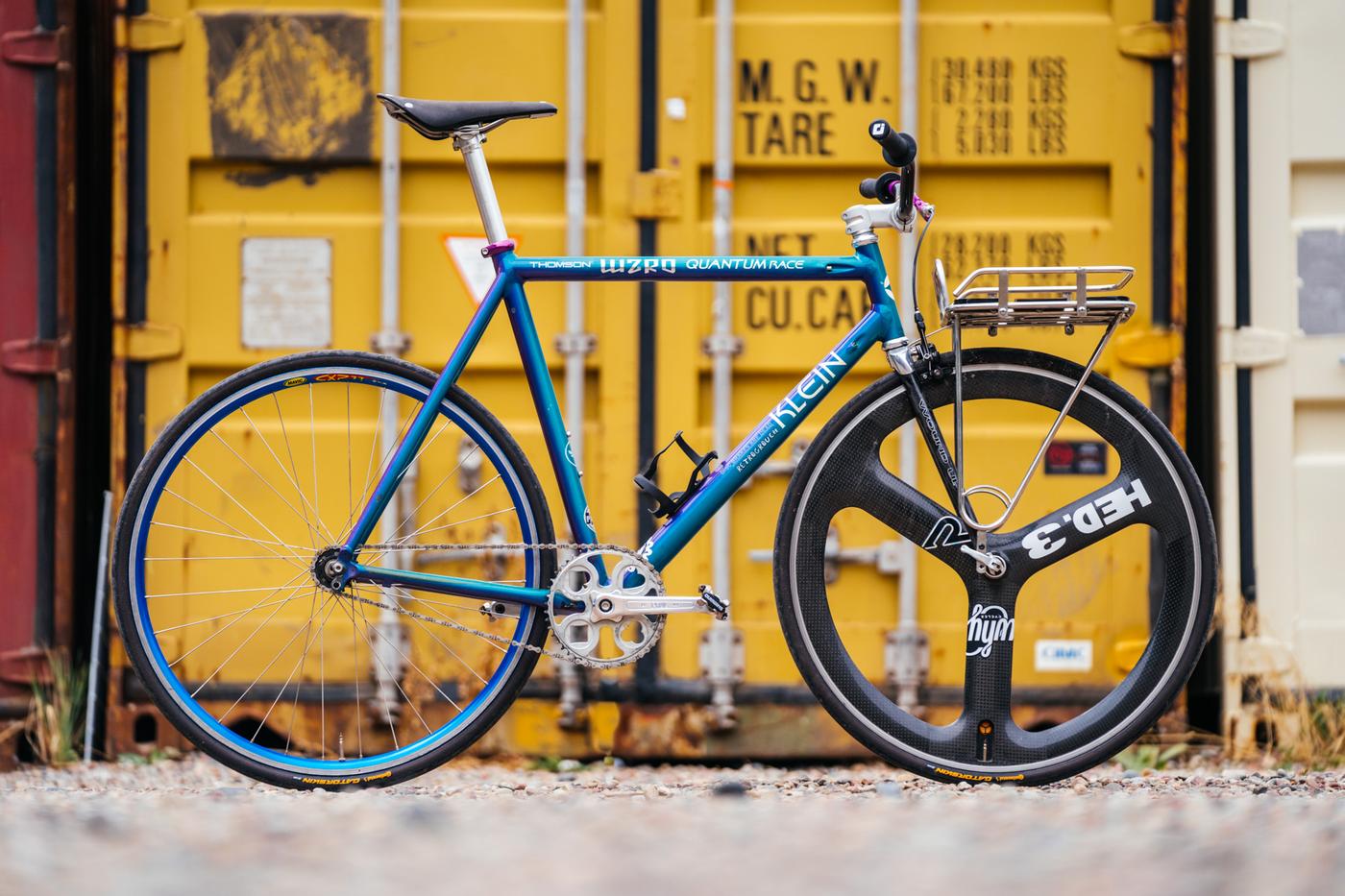 When I asked Eric what his intent was with the build and what motivated him to pull together such a specimen, he replied:

“I just wanted to build the most hipster bike ever. I’m not a fan of period-correct catalog builds. I like buying a frame and slapping weird shit on it.” 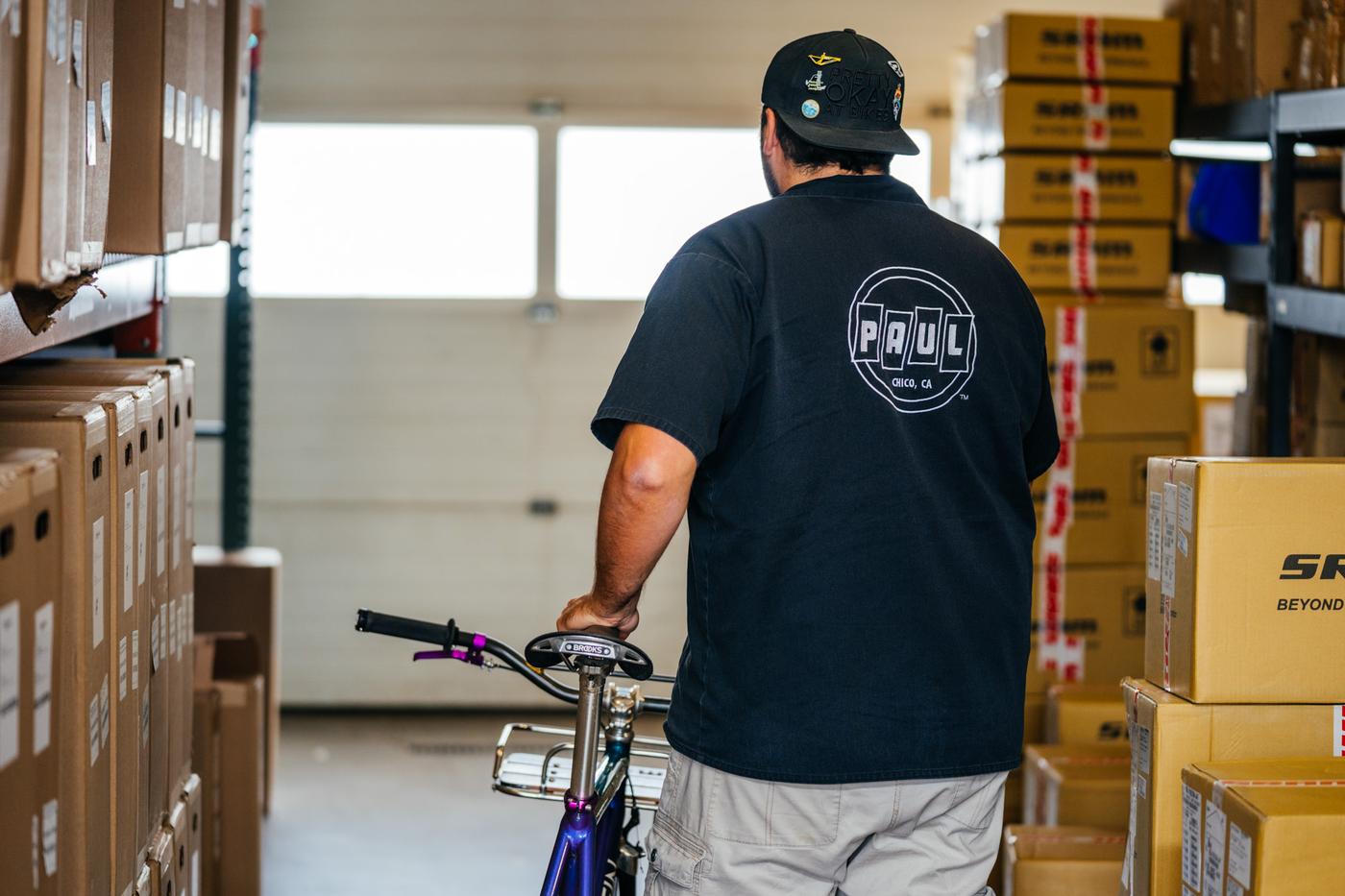 Party on, Eric! See ya soon.