That suntanned, SUNTOURist, king of the grandiose, the beausage factory himself, Mr. Ronnie Romance, aka Ultra Romance, really knows how to put a bicycle together, even a simple one such as a fixed gear. Yet we’re not talking a Kierin bike, those NJS-stamped sparkle machines, or even a British Path Racer. This is a bike designed specifically for a plump, rough and tumble tire, with a relaxed fit, eons past the aggressive saddle-to-bar drop bikes of yesteryear, yet somewhere in-between the monster-truck abilities of a tracklocross bike. This Madrean Fabrications ‘country fixed’ is unlike anything I’ve seen in recent memory… or maybe it’s just my old age. 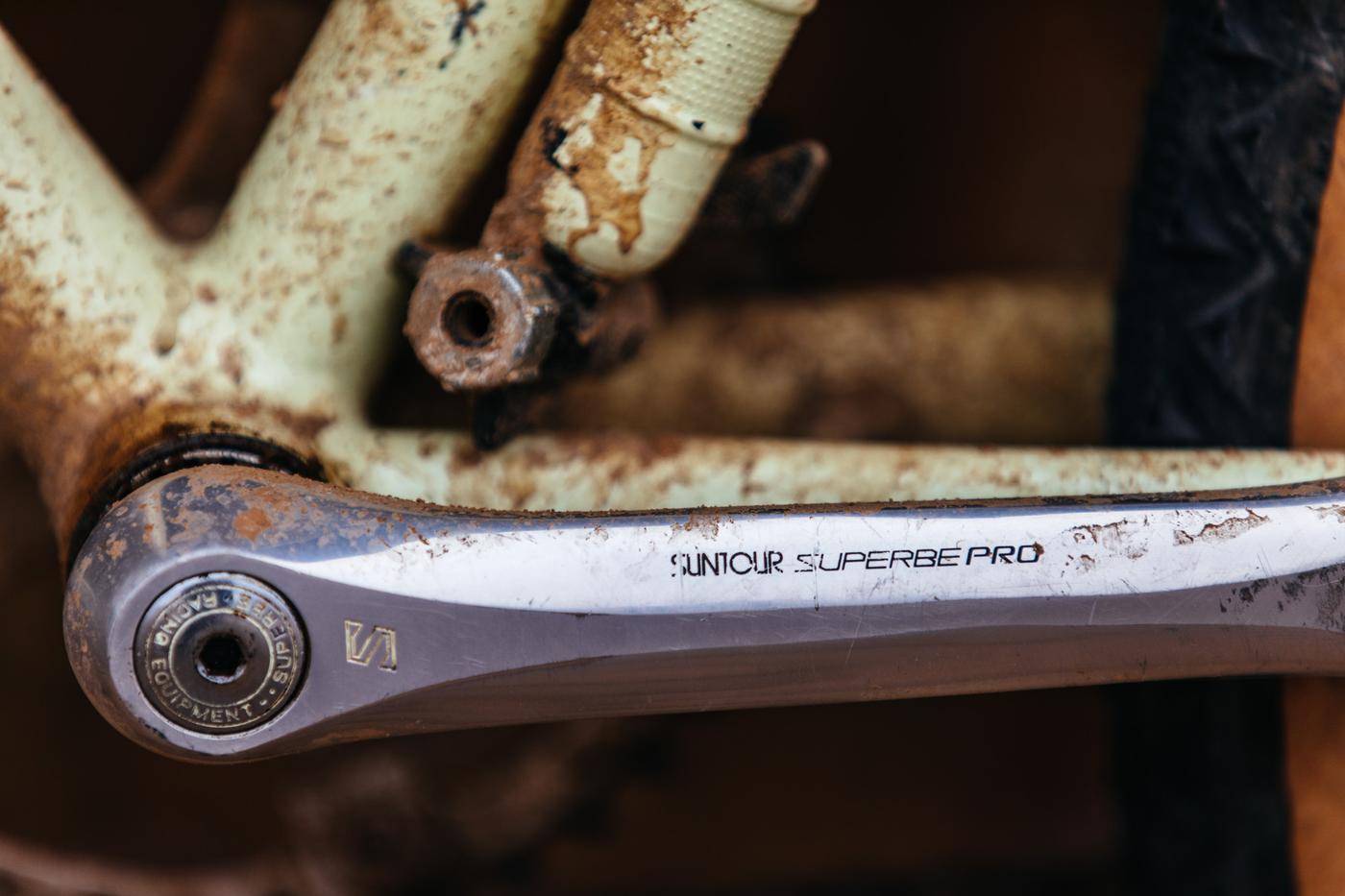 When it comes to the dressings of a classic track or country fixed bicycle, there are many build kit options to consider, yet only one option for Ronnie, Suntour. This bike is rolling on so much Japanese NJS aluminum it makes you think Ron had access to a hidden vault of these classic parts. In fact, if it weren’t for the SON hub, he would have the full track kit on this bike. I’m not arguing against a SON hub because I’m not crazy, I’m just pointing that out… 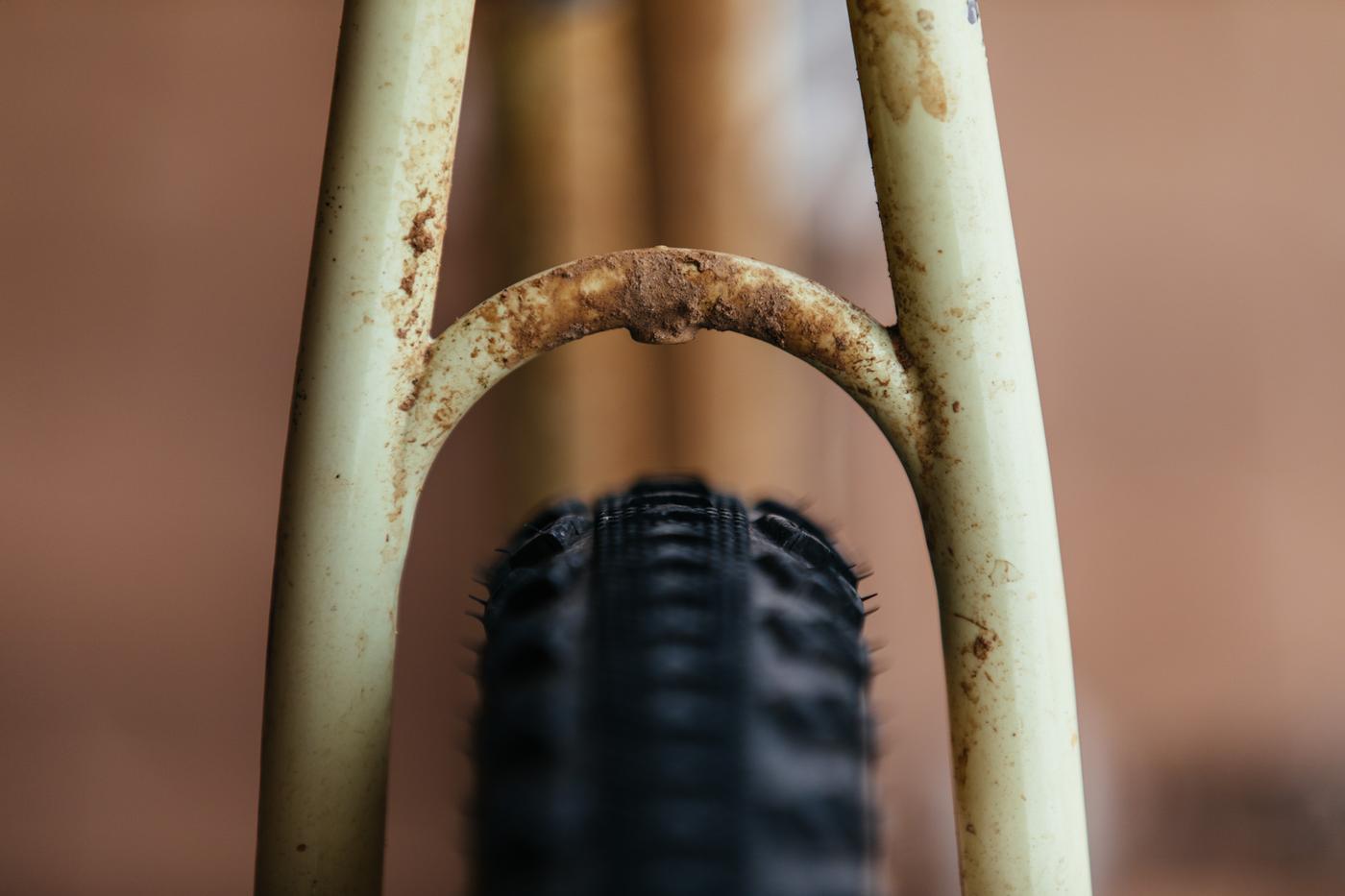 The color of this bike reminds me of the electrifying grasslands of the San Rafael Valley. It’s this odd hue with an electric color cast. Some might call it pastel neon yellow, or subdued chartreuse. It is the color of the tire brand Ultradynamico! Personally, I find it soothing and original, like the sound of ZZ Top played while bananas and apples simmered in a cast-iron skillet atop a flame in the morning light. This paint was done in-house at Madrean Fabrication, meaning Hubert saw this bicycle through from tube selection to paint. 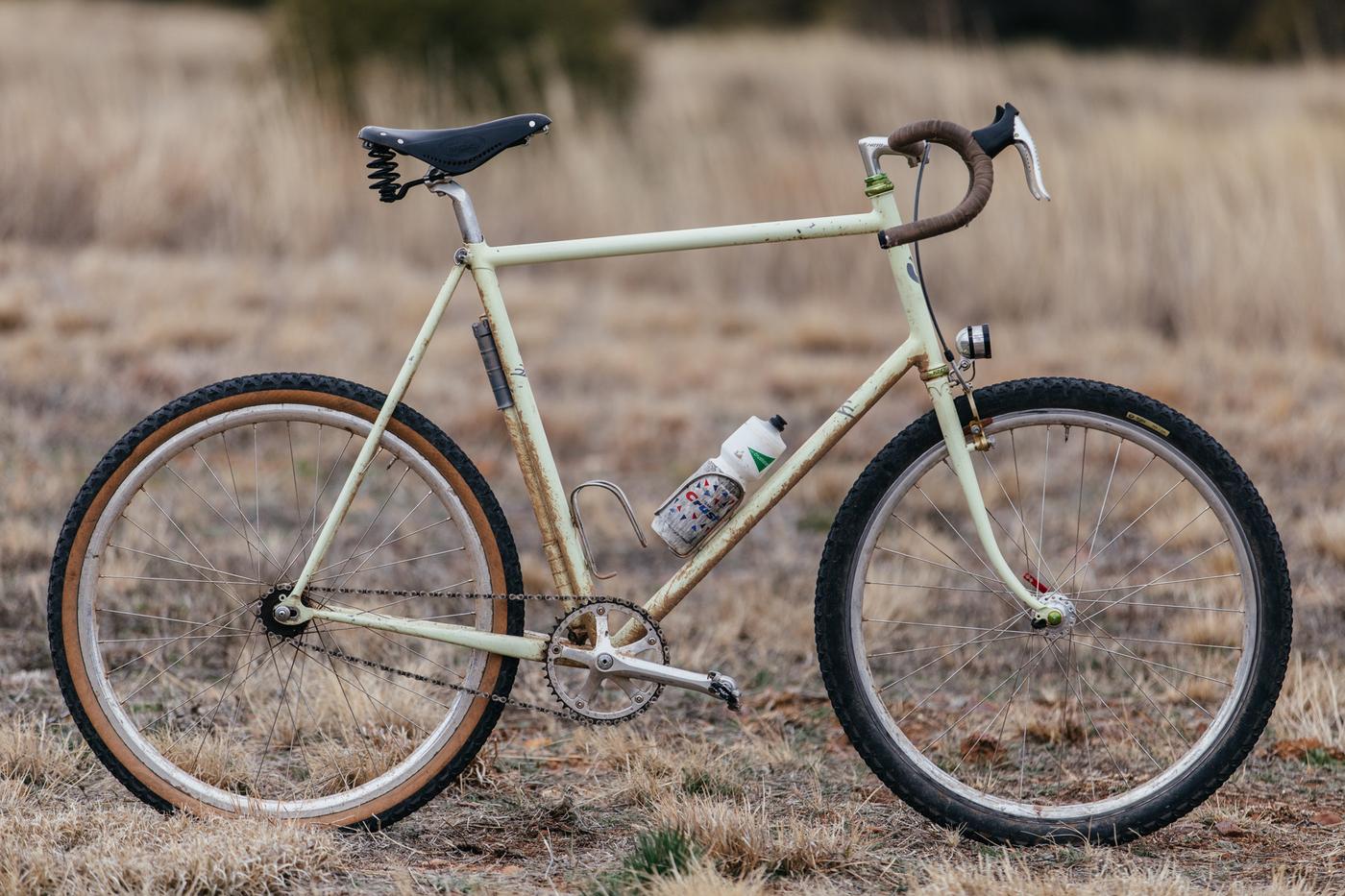 Why fixed? Because it’s where a lot of us fell in love with bicycles again! Ronnie loves the nostalgia of the fixed gear, the simplicity, the cadence-building, spinning, and skidding of the fixed drive train. If people use fixed gears to train on the street then why wouldn’t they be appropriate for the rolling hills of Nutmeg Country or the bucolic pasturelands of southern Arizona? 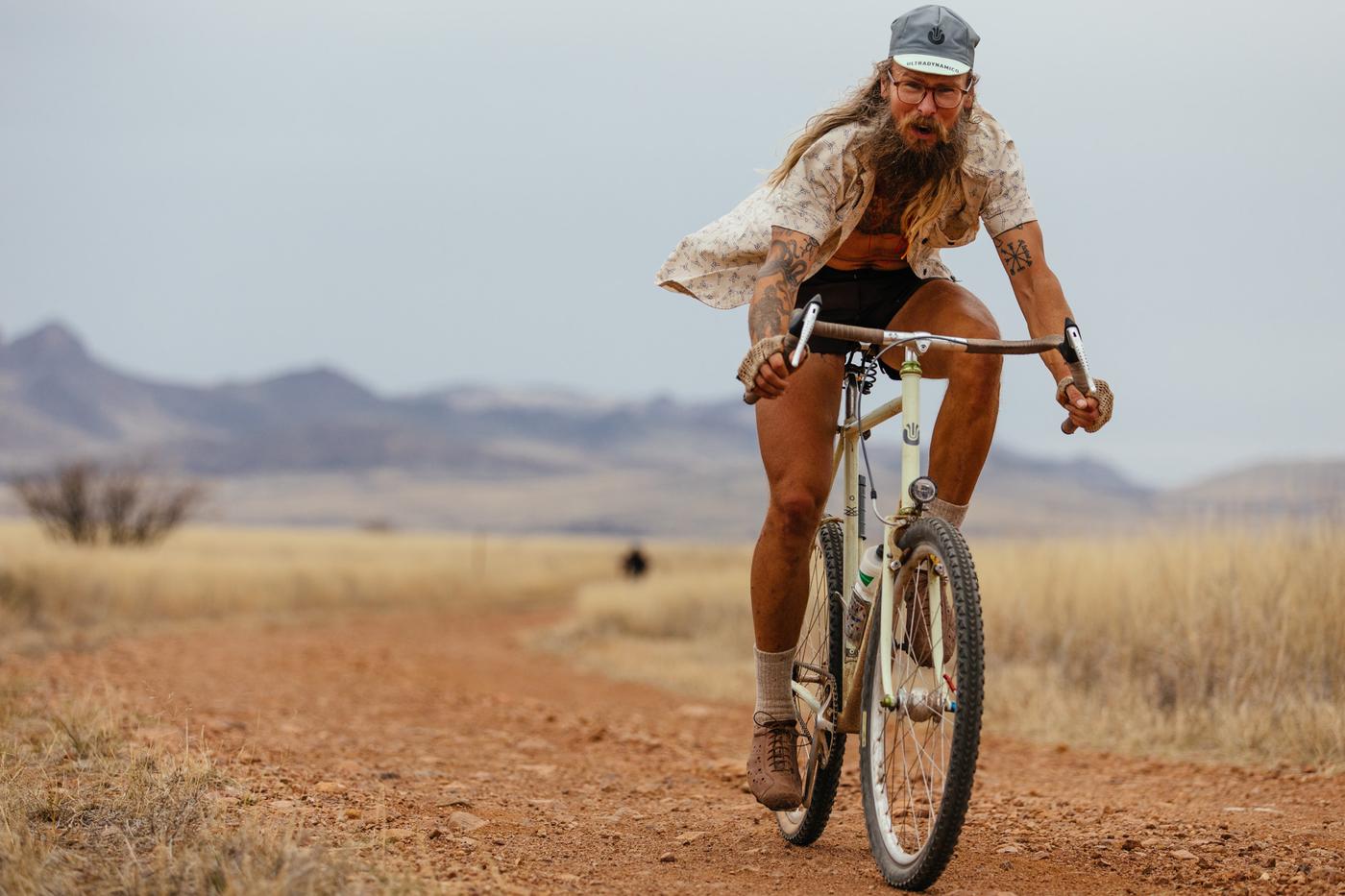 This tanned knight of the gravel roads can curate the hell out of a bike but can he start a movement? Will gravel fixed riding become a thing? Tracklocross seems to be proving the platform in the racing circuit, so why wouldn’t this work? Tell us what you think in the comments!