I met Andrew years ago at a fat bike event we hosted here in Johnstown, PA. Playing polo and ripping around the parking lot on the big bouncy bikes looked like something fun to him. Until that moment, Andrew had visited several shops locally and always got the glance; you know the look if you’re outside of the “normal” scope of a cyclist, whether that’s your size, appearance, or, hell, I’ve been in the industry for nearly 20 years and I still get the look. Those eyes and words can pierce through all the stoke you may have as a larger cyclist, and make you give up before you even get to start your love affair with bicycles. 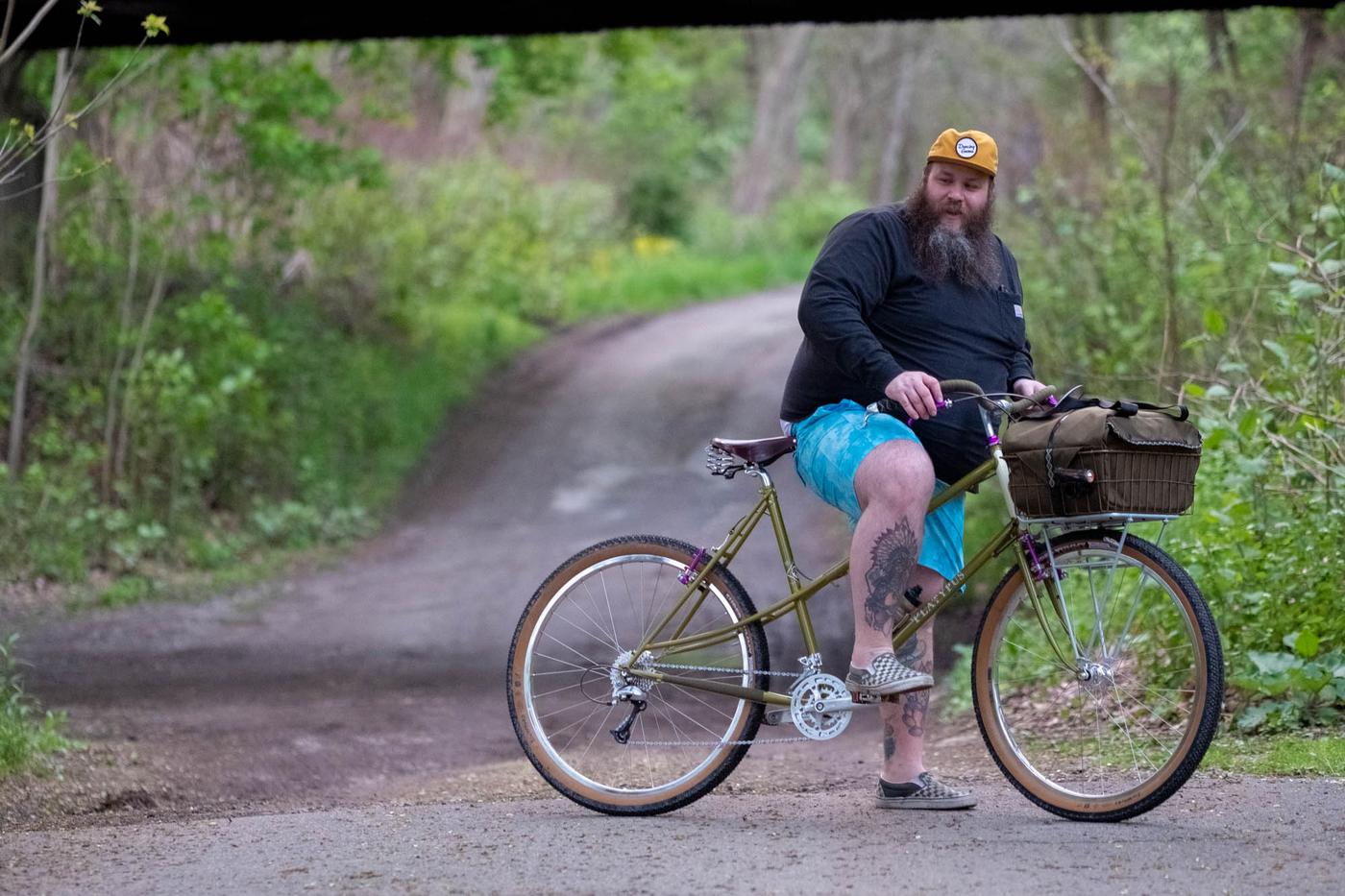 Well, a few years later I finally had a brick and mortar shop of my own, and that spark never quite flickered out for Andrew thankfully. Andrew came by and we built him a swoop bar Surly Bridge Club. To me, if Surly is like the entry to a love affair with a steel bicycle, then Rivendell seems to be peak enlightenment. 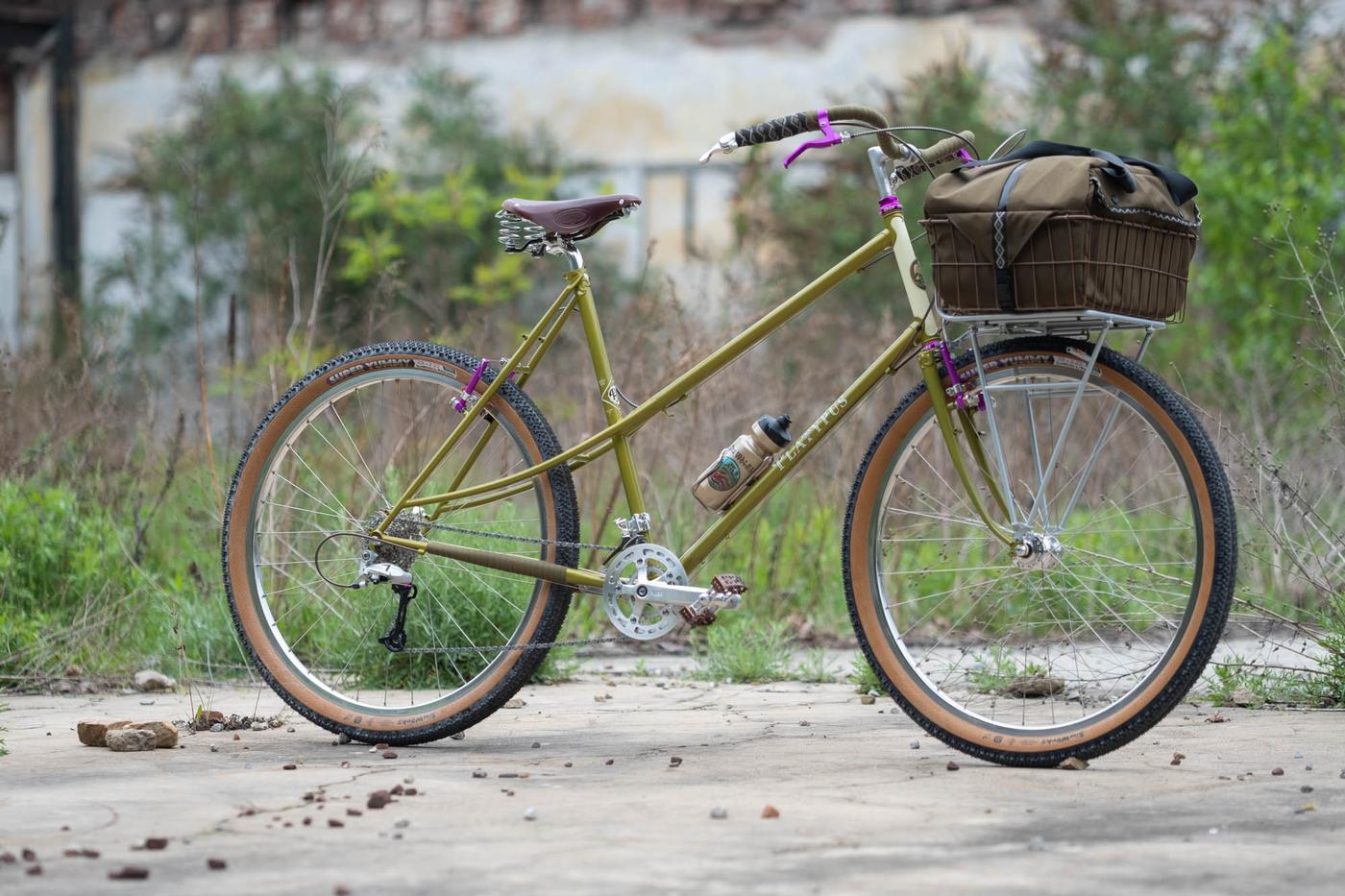 Andrew went from zero to 100 over the course of a year, spending a bunch of time on his bike, ripping everywhere and conquering mountains, and eventually, as one does, started falling for the sweet romantic allure of a Riv of his own. That’s where we at Hope Cyclery came into play. As a larger cyclist who is well beyond the “normal” size and scope that seems to have been established by the cycling industry, I have broken more parts just riding along than I can count. But, with that knowledge, Andrew and I went to work on making the dreamiest bike for someone of his stature. 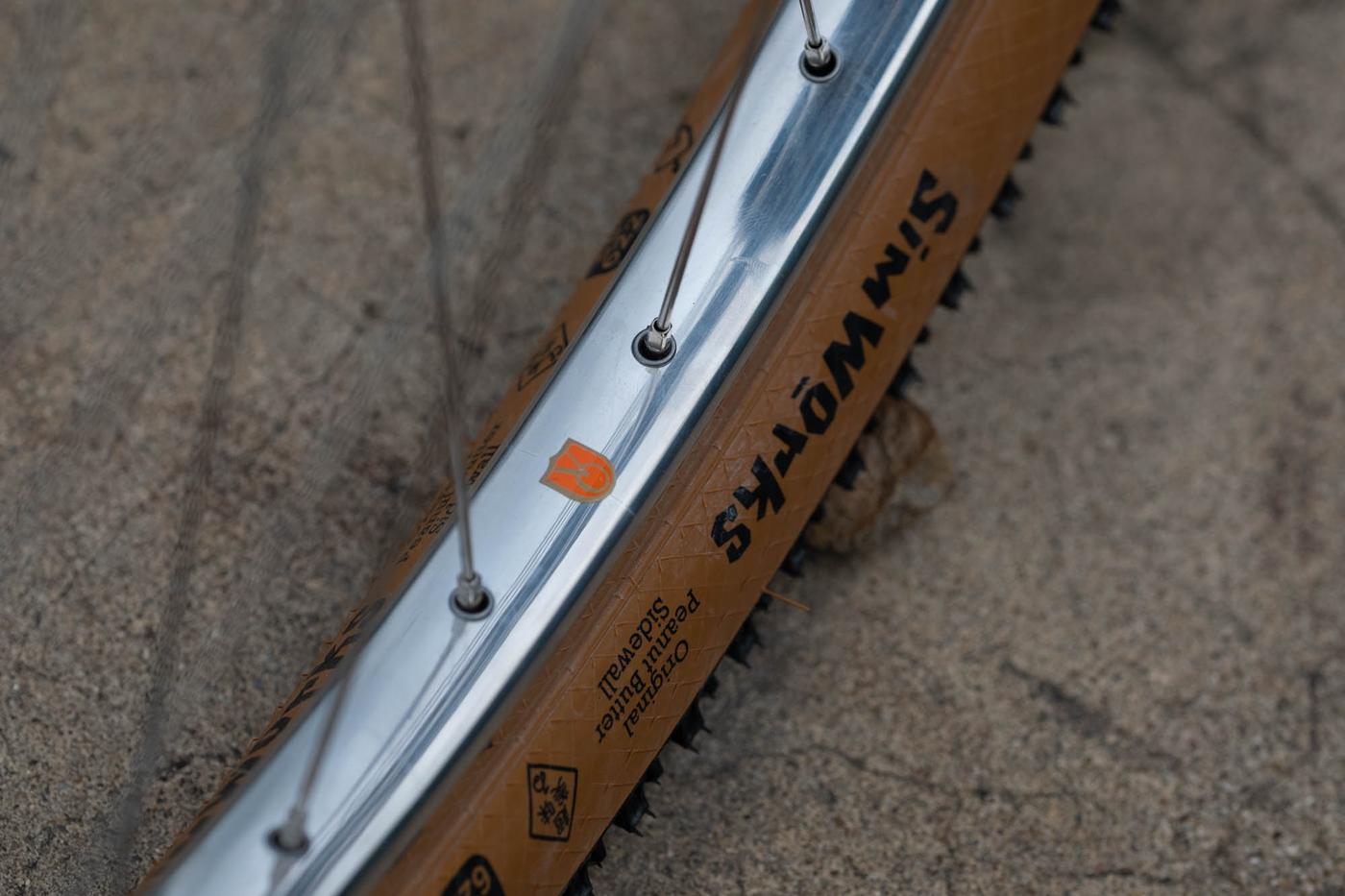 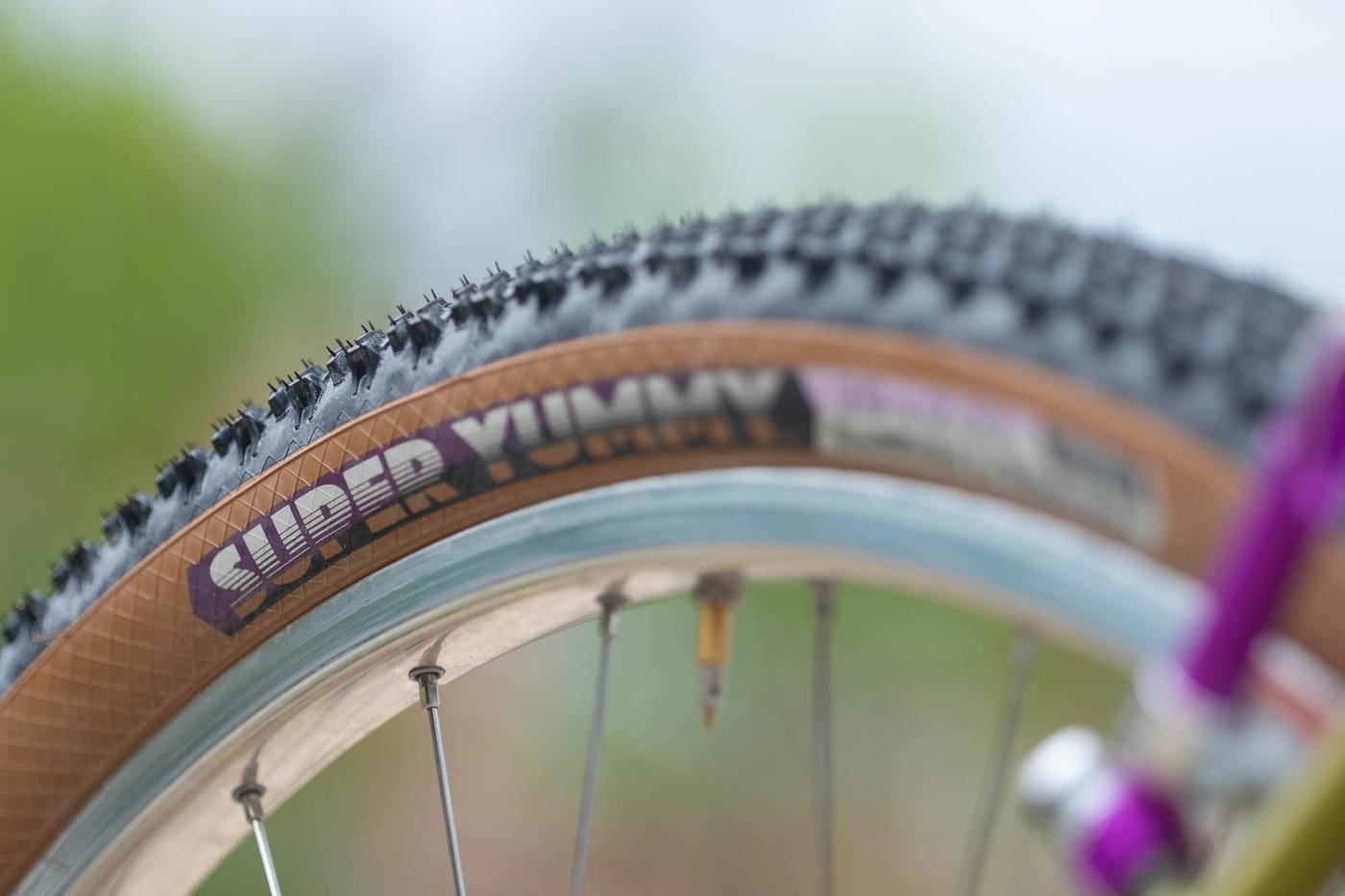 When it came time to start talking about the next bike, we went with a bike with a bunch of extra tubes to ensure it was extra stout and something that would absolutely rip given the chance. Rivendell’s Platypus frameset was the perfect place to start the adornment. With the frame out of the way, we tackled the next on the most likely-to-fail list — the wheels. 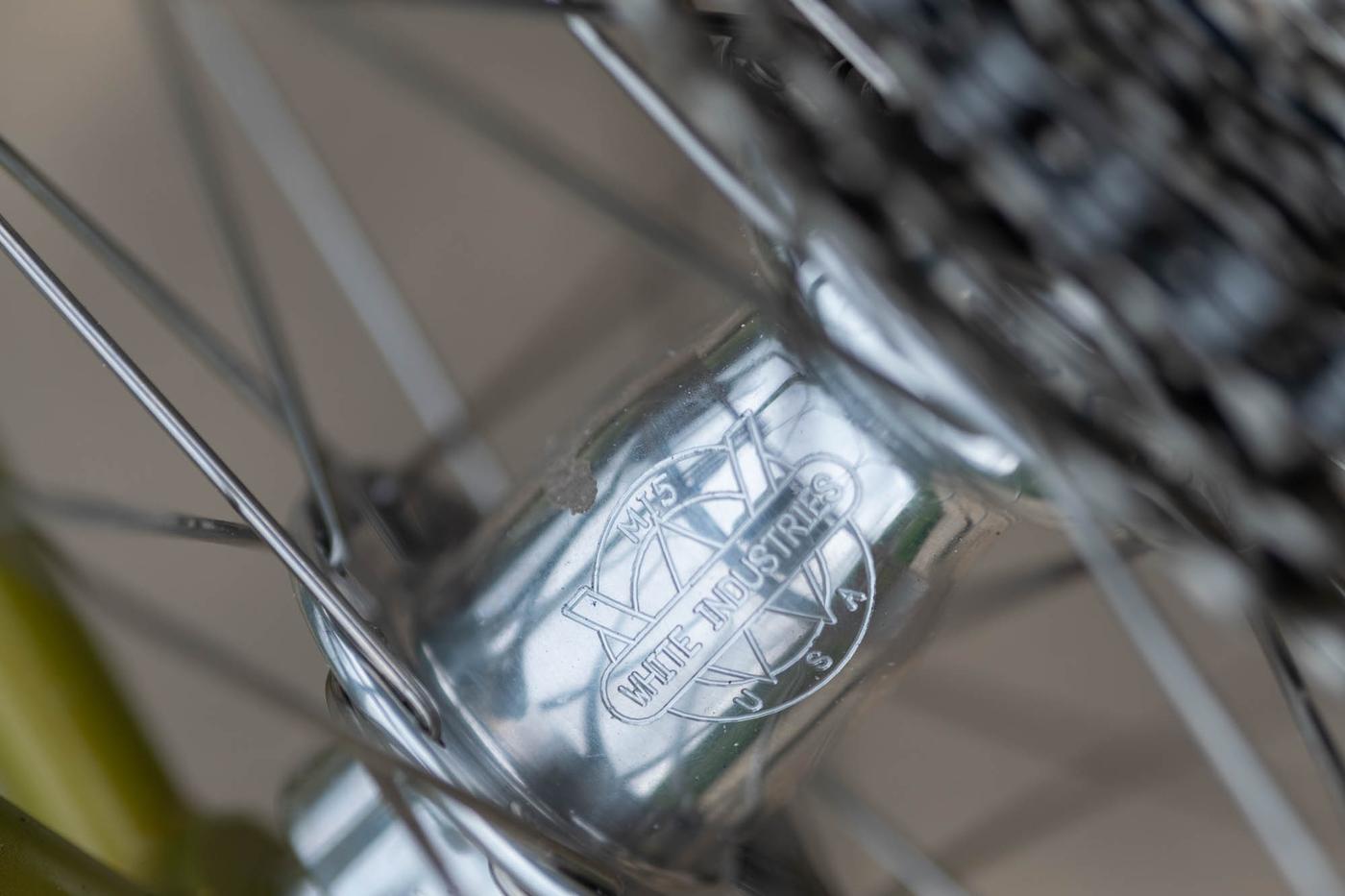 Weighing 340 lbs myself, I’ve blown apart so many rear hubs over the years. White Industries hubs, though, have yet to fail me. So we laced up an M18 rear hub and SON Widebody to a set of 36-hole Velo Orange Voyager rims, which offer up a pretty burly package that will still rip and can even be set up tubeless. We then wrapped the wheels in one of the burliest touring tires out there, the Super Yummy from our friends at SimWorks. 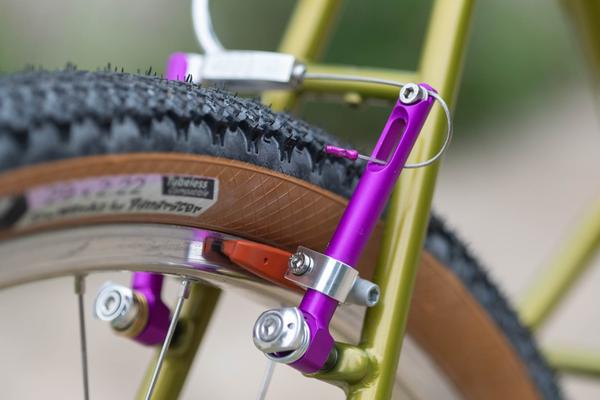 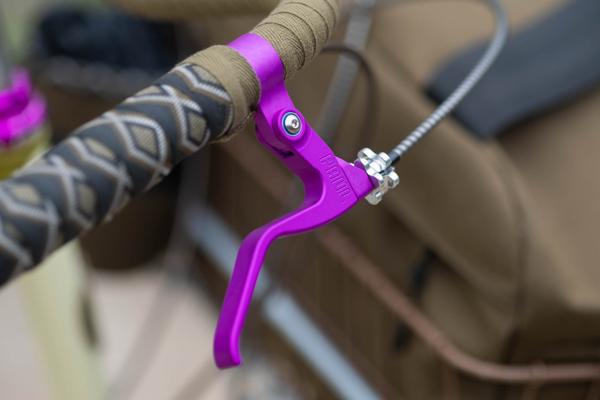 When it came time to pick out the perfect brakes for a mix of modulation and slowing down fast, we chose the Paul Components Moto Lite/ 2.5 love lever combo. In a linear-pull brake, I don’t think there’s anything currently available on the market that’s better and they’re even rebuildable. Oh, and they’re USA-made by a bunch of wonderful people. 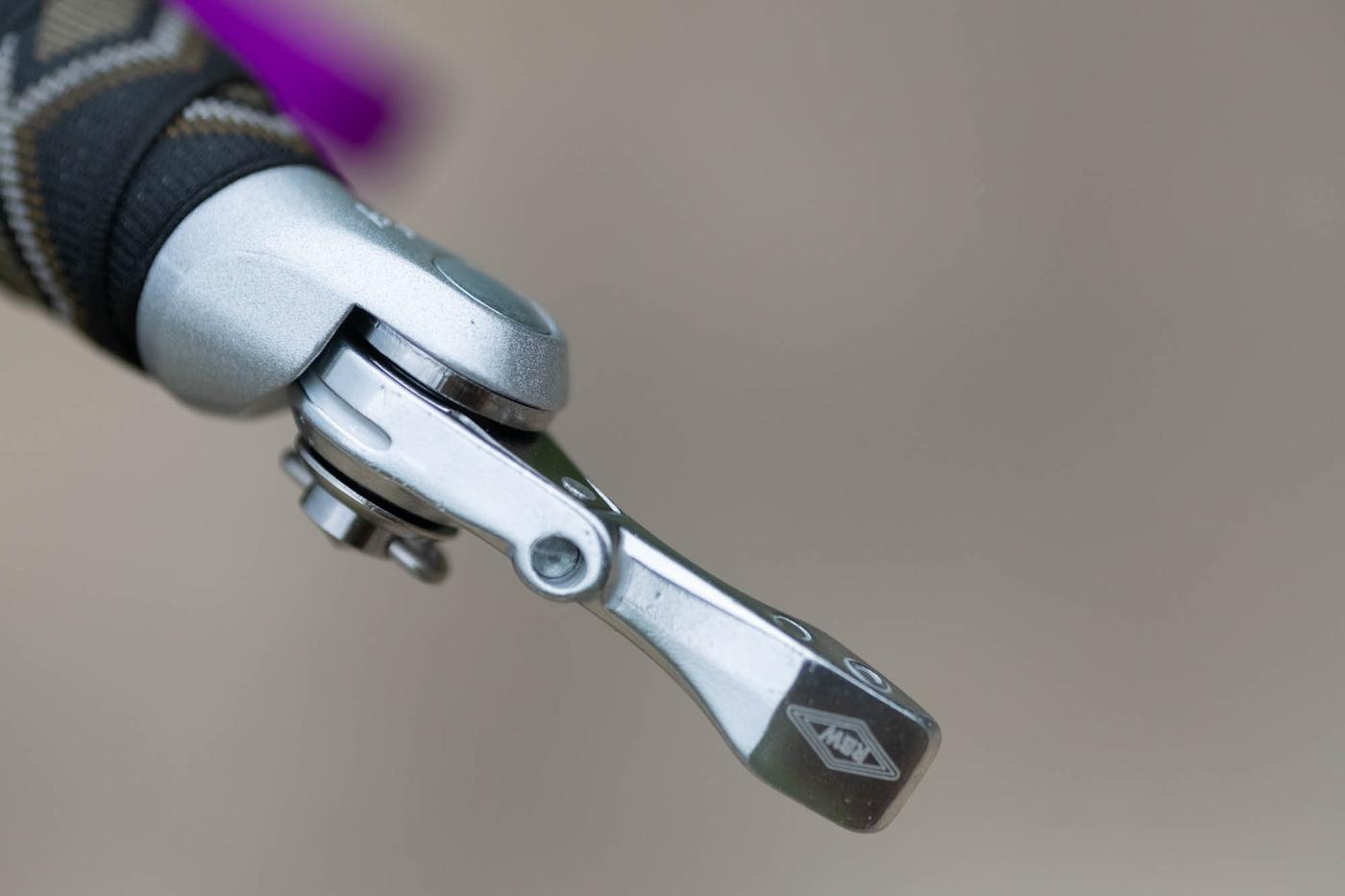 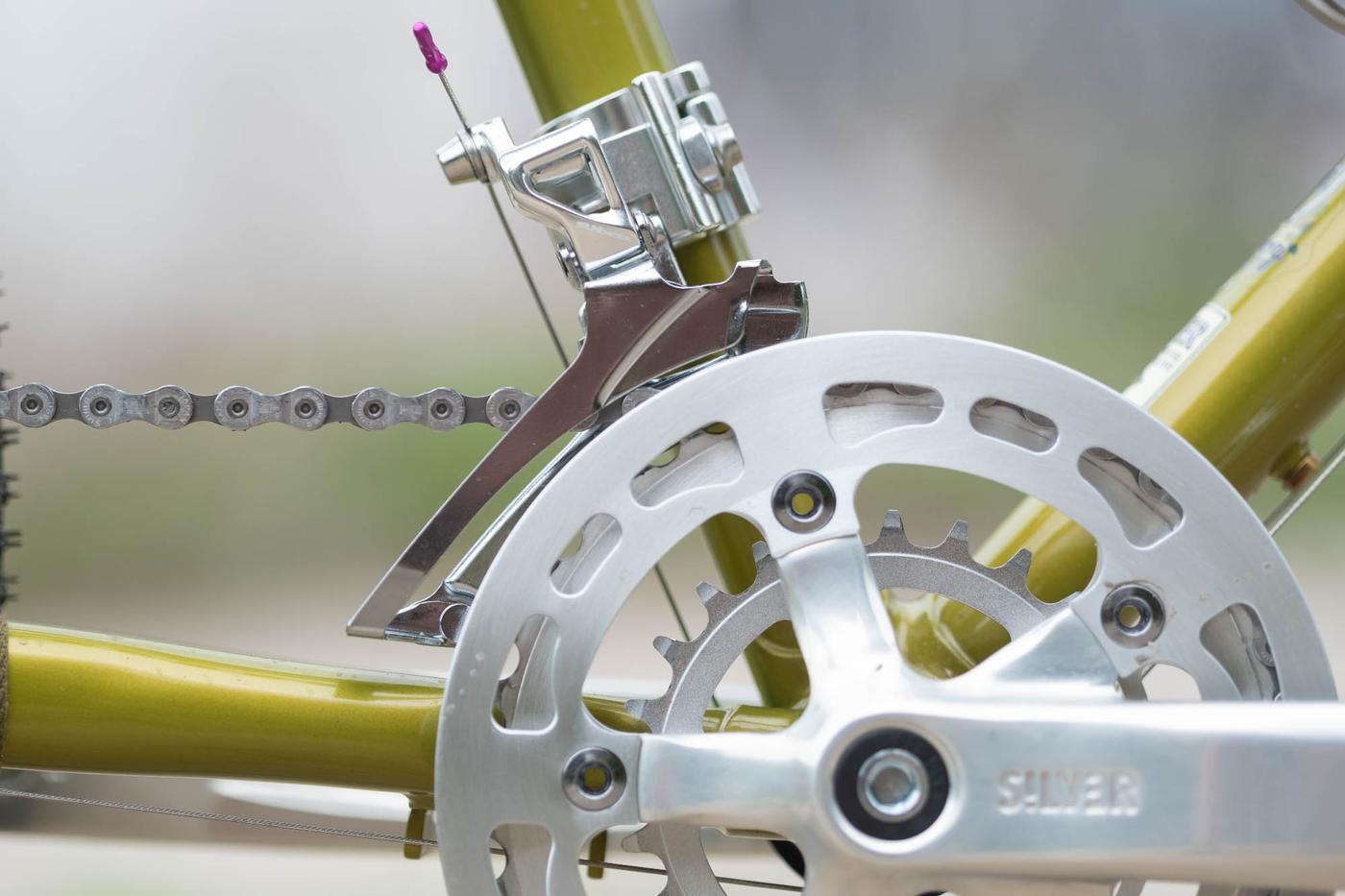 The advent of newer shifting systems has left us with narrower and (what sometimes feel like) weaker chains, but 9-speed remains one of the best systems for the long haul. Fortunately, you can still find a good selection of friction-based parts out there, so we used some Dia-Compe bard end shifters and a mix of derailleurs, with a Rivendell Silver Double to set it off. The final piece of the puzzle was the Violet Chris King Gripnut we sourced from our friends at Blue Lug. Bicycles are vehicles of hope, for sure, and this magic carpet ride of a steel bike opened up many opportunities to rip, dip and have fun over the last year for Andrew to connect with other folks on bikes; other folks that share the love of that feeling and have embraced him as part of the community. 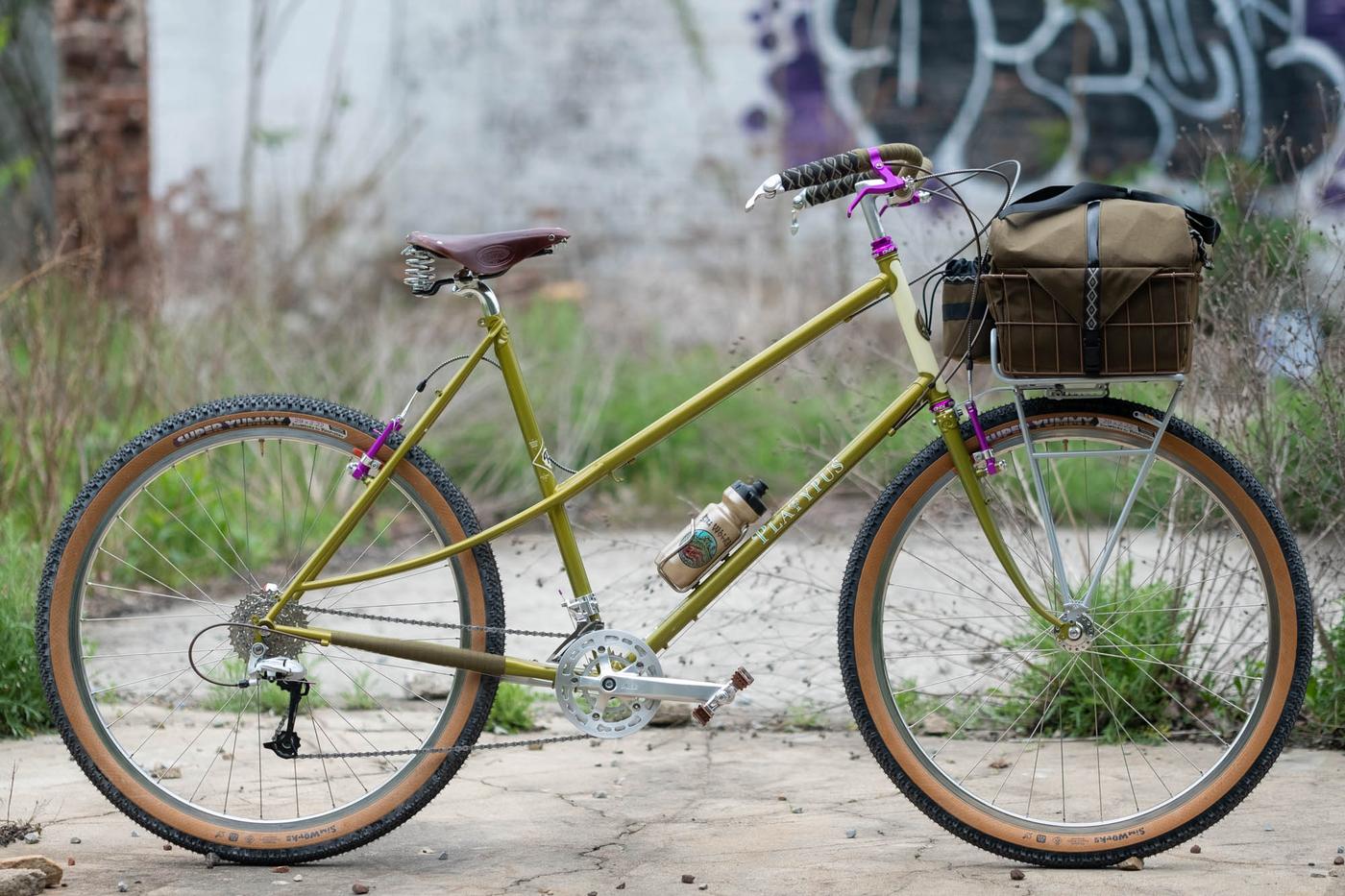 There’s a better bike space out there that doesn’t touch on the feelings of hunting pants in the husky section of the store, not being able to find clothes that fit, or walking into a bike shop and instantly feeling like you don’t fit the mold. The molds are pretty dumb anyway and usually the result of a club mentality. We’re here for the community. 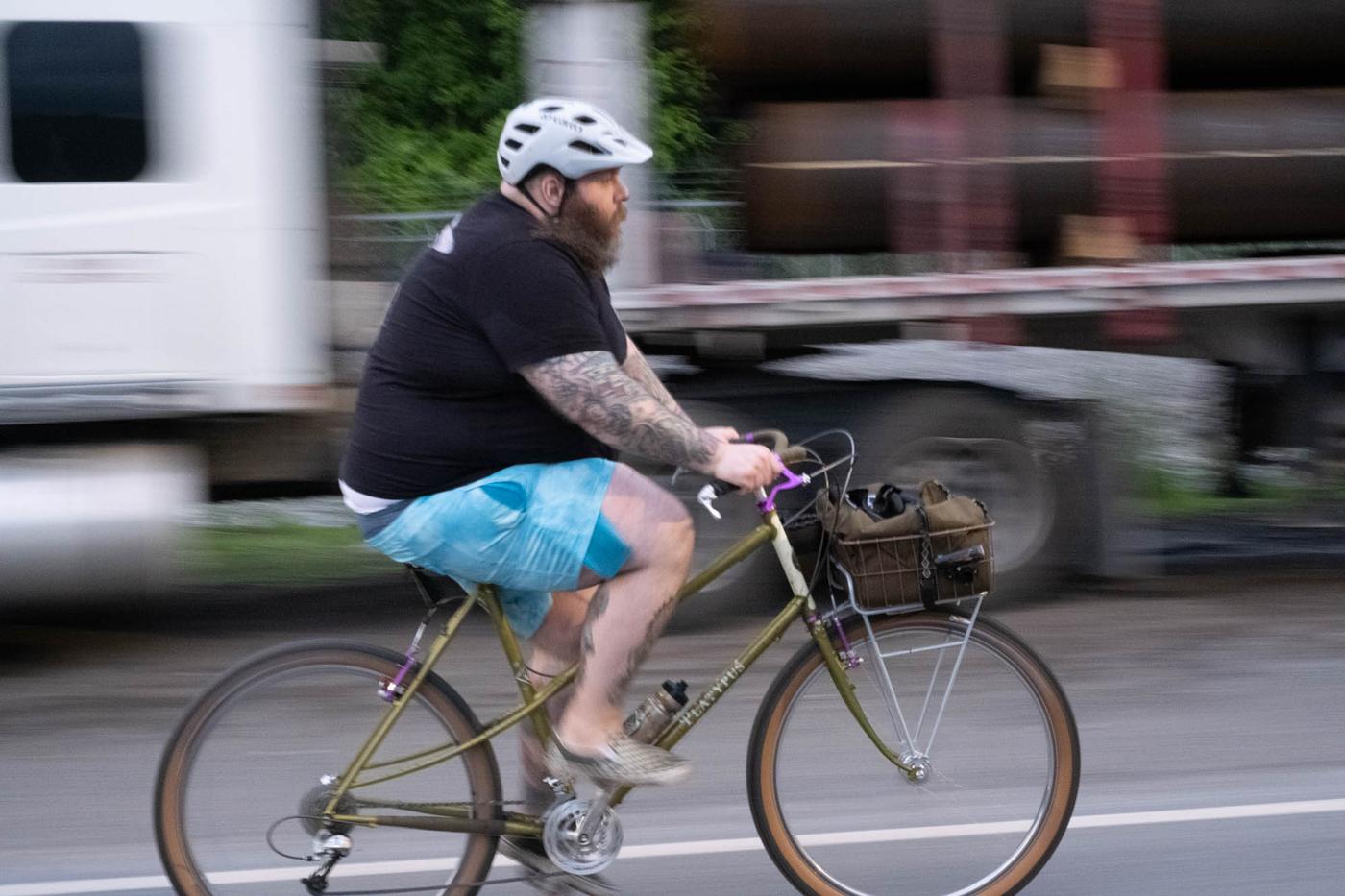 If you’ve read this far and you’ve thought to yourself that the industry never quite wanted you to pedal in it or you’ve broken a bunch of parts and it bums you out, or you’ve walked into a shop and felt that feeling, just know there are people and places out there for ya. I’m here for ya and have felt that way too.