Kyle From Outer Shell and His Beausage Rivendell Blériot

Rim brakes, a classic geometry, fenders, and a triple. Yep. Sounds like a Rivendell. In the 2000’s, Rivendell Bicycle Works had a model called the Blériot. While it has fender and rack mounts, the Blériot was a light tourer, keeping the geometry relatively snappy and responsive with its 71° parallel geometry as compared to other Rivendell models. Over the years, RBW has put out plenty of 650b bikes, but when the Blériot came out, this new trend in drop bar bikes was a classic nod to French randonneuring bikes. The very word, Blériot, comes from the 1900’s French aviator and inventor, Auguste Louis Blériot. 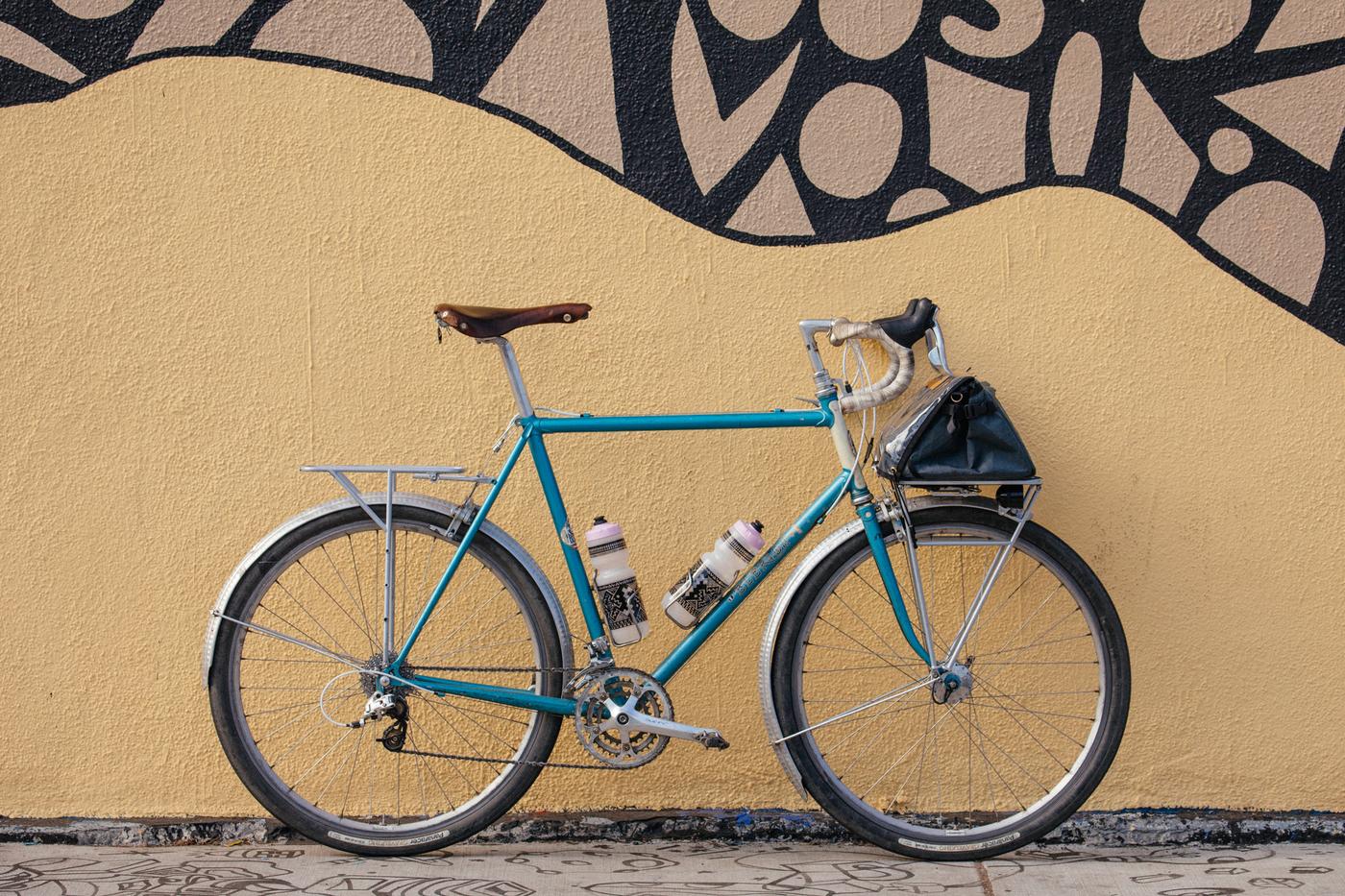 Kyle from Outer Shell found this bike in San Francisco, where the previous owner had stored it under a tarp in his backyard. He bought the bike for a song and built it up with his spare parts and a few new components. In the rear, Kyle had his RatKing T rack powdercoated to match his Pass and Stow front rack. On the front rack is one of his own Rack Bags, with a custom chain-stitched patch by his friend Shane York.

Yeah, I can’t resist a well-loved Rivendell, especially when it’s owned by such a solid human being. Thanks for the ride, Kyle!