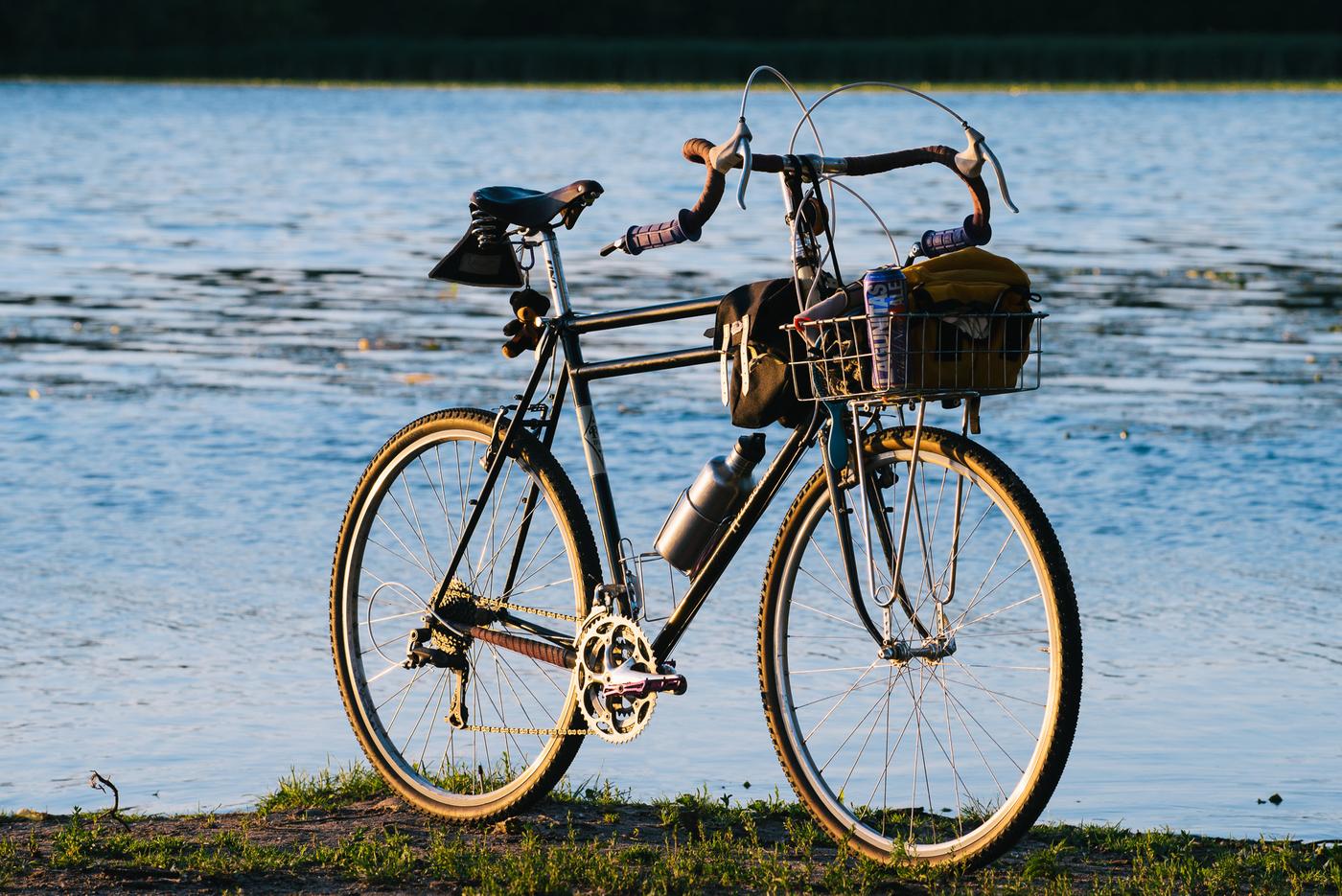 There is tons of information out there on the Heaven’s Gate cult if you wanna fall down that rabbit hole; I listened to the 10-hour podcast to get some kind of idea. The skinny is, Ti and Do, the leaders of Heaven’s gate, traveled all around the country, camping out, living in buses, holding recruitment meetings. People who were recruited were asked to give up their family, friends, sexuality, individuality, jobs, money, and possessions to be eligible for membership on the “higher level”. They believed that God was a highly developed extraterrestrial who would take them to “The Evolutionary Level Above Human.” They believed that a spacecraft hidden behind the Hale-Bopp comet had come to take them there so they committed mass suicide to leave their “vehicles” and join the spacecraft. Ok, now let us take a closer look at the bike… The frame may be the first and only frame ever sold by Poppi’s as a “Mobile Rivendell Dealer” with a majority of the build coming off another Rivendell that Al got from Kyle at Golden Saddle Cyclery. The burger bell on the stem has been on every bike Al has owned in the past 10 years. The small stuffed bear “chi-chi” was a gift from Jen Ballz in Nutmeg country which was acquired on their ride of the GDMBR in Canada. The trippy reflector triangle is from Errand Bags in Texas. The front end of this bike drinks the wide drops Kool-aid with Crust’s towel rack bars wrapped with Newbaum’s tape and finished with purple Oury grips in the drops. A simple basket and RSF Carradice top tube panniers hold all the stuff you could need to get to the “next level”; don’t forget to brush your hair. 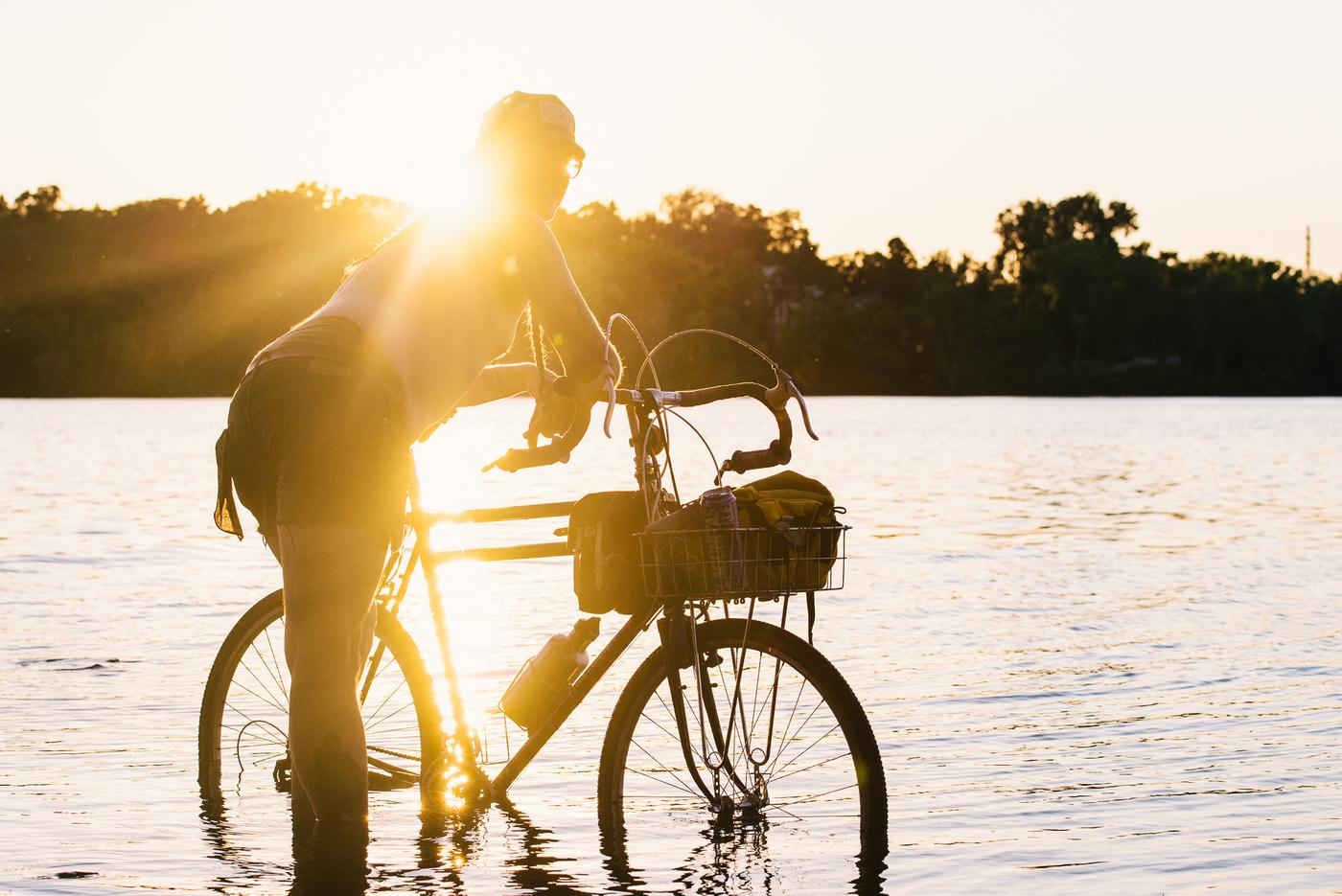 A lifelong obsession with cults and a person once describing Al as “The Psychedelic Dr. Ferrari” which lead him down the path to start the Occult of Cyclocamping. By harnessing the power of the Occult and channeling Dr. Ferrari, Al figures he can:

“get as weird as I want without probably having to answer for it. Plus I can freak out the squares…. or just randomly show up to bike events and hand out mushroom pills and it is normal…”

Stay posted for more culty items coming down the pipeline as the Occult of Cyclocamping takes off.

If it does take off Al hopes to:

“travel to other places and spend a weekend in nature with random people who live around there. Like 3-day 2-night bike campouts where I just generally offer up a great space for people to ride, have fun and eat mushrooms… following in Doe’s footsteps without all the God stuff. That’s how you grow OCCULT.”