Jarrod from Hope Cyclery and His Self-Made 160mm Hardtail-6

It’s easy to wax poetic about handmade bikes and makers. Hell, it’s one of the main motivations for me to start this website over 15 years ago. Documenting builders, makers, and creatives within the industry has long been a favorite project of mine but you don’t have to be a career framebuilder to build a bike frame.

Jarrod Bunk is co-owner of Hope Cyclery, hosts of the Higher Ground 100, and pillars of the Johnstown, PA cycling community. Jarrod wears many hats and one of the recent projects he helped foster was Megan Dean from Moth Attack teaching a framebuilding class at the Center for Metal Arts in Pennsylvania.

Jarrod facilitated this event, shot some photos of Megan’s classes, and afterward, Megan asked Jarrod if he’d want to build his own frame, to which he obliged…

A sufferer from seasonal depression and with compiled stress from running an independent bike shop during a pandemic, Jarrod needed a break earlier this winter, sending him West to hang out in Santa Fe and Tucson for a few weeks in hopes of lifting his spirits and gettin’ his groove back. When he texted me and asked if he could crash for a few days in Santa Fe, of course, I obliged. Jarrod has done so much for this website, on top of being a solid friend over the years and if I can boost someone’s morale by showing them a good time, good food, and good trails, I’m always down. Jarrod rolled through town here in Santa Fe, in the dead of winter, with hopes of catching up and pedaling his newly-built bike around our trails in town. 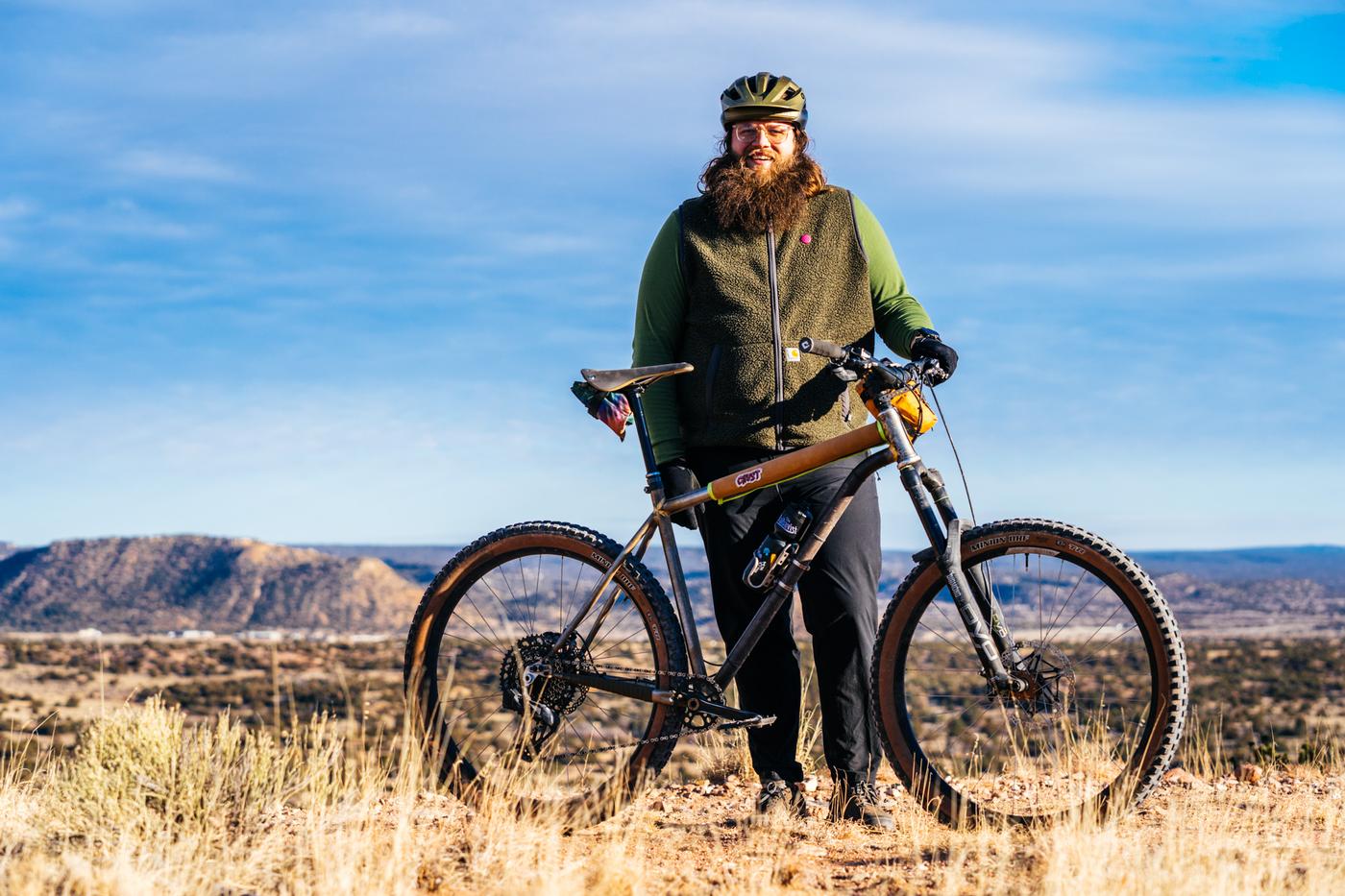 While he loves his Northern Frameworks 29er, he wanted something a little slacker with longer front travel, gearz, and bigger tire clearance.

When Megan approached Jarrod about building a bike, he had preferences for what he wanted in a bike and Megan had the expertise behind tubing selection for a big dude like Jarrod. Megan primarily works with fillet-brazed frames and aside from a few tig welded parts that were welded by Pat from CMA, she and Jarrod worked on the frame together over the course of a few days. The frame itself is made from a mix of Columbus Zona and 29er MTB tubes, with a 65º head angle, 75º seat angle, 435mm chainstays, and 60mm of bottom bracket drop.

As you can see from the King Cage USB clamp on bottle bosses, they didn’t have time to add bottle bosses or cable guides but the bones are very much intact. The 160mm travel DVO fork, White Industries cranks, gum wall DHF tires, and Chris King Bourbon bits really give this raw steel bike some pop and sizzle. 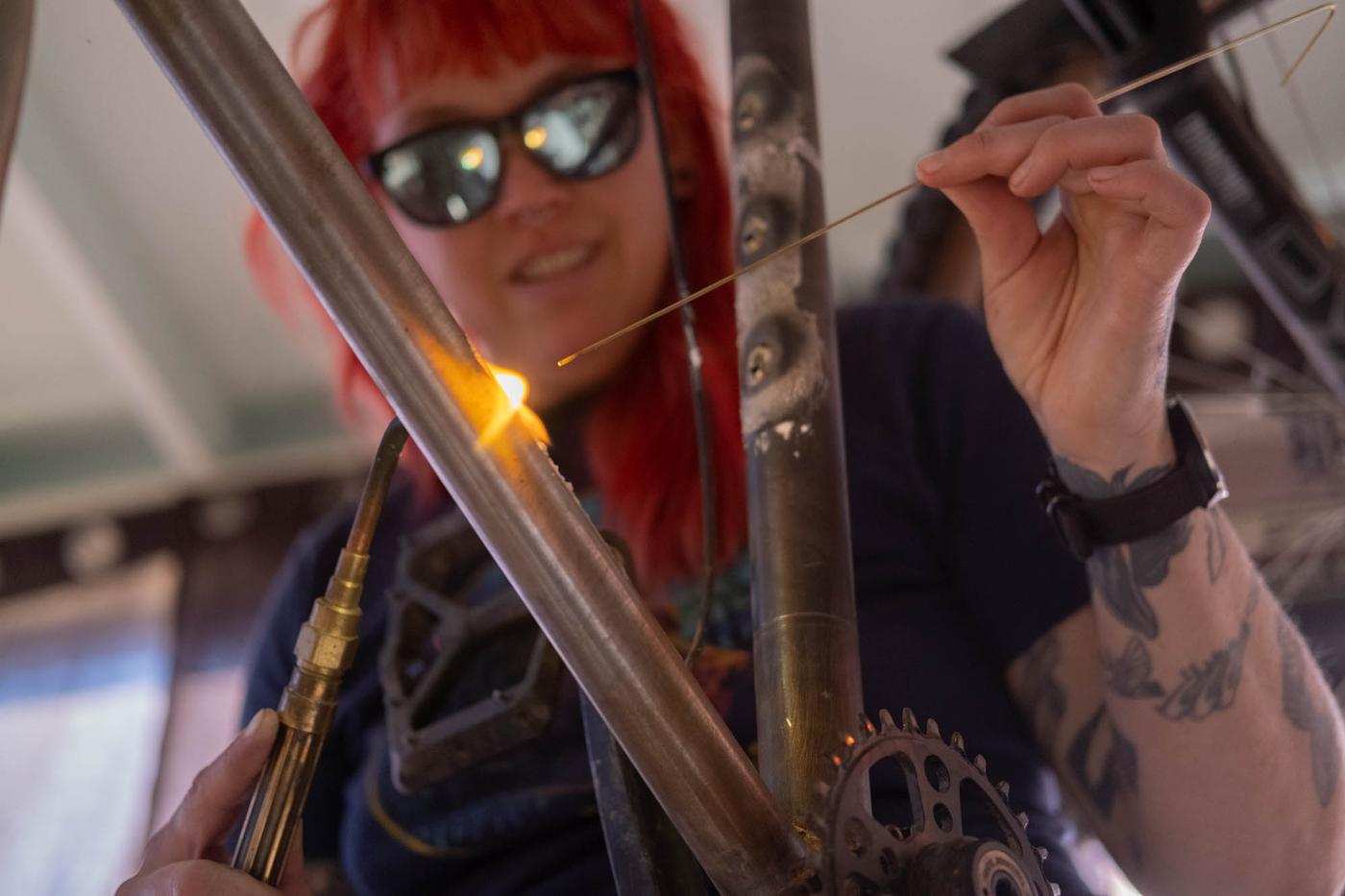 Once Jarrod got down to Tucson, where Megan relocated last year, she worked on adding various braze-ons for the frame at her new shop space. 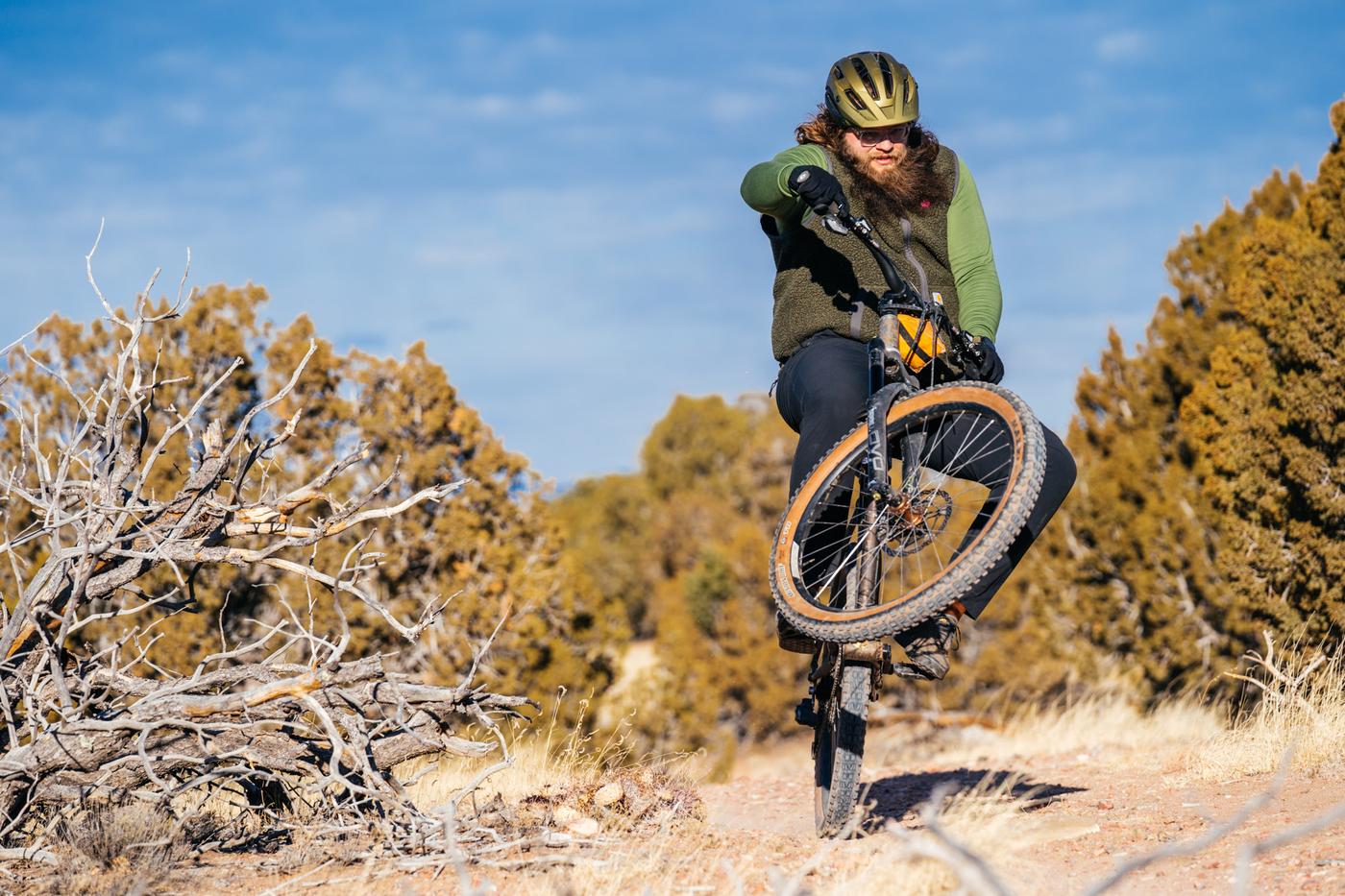 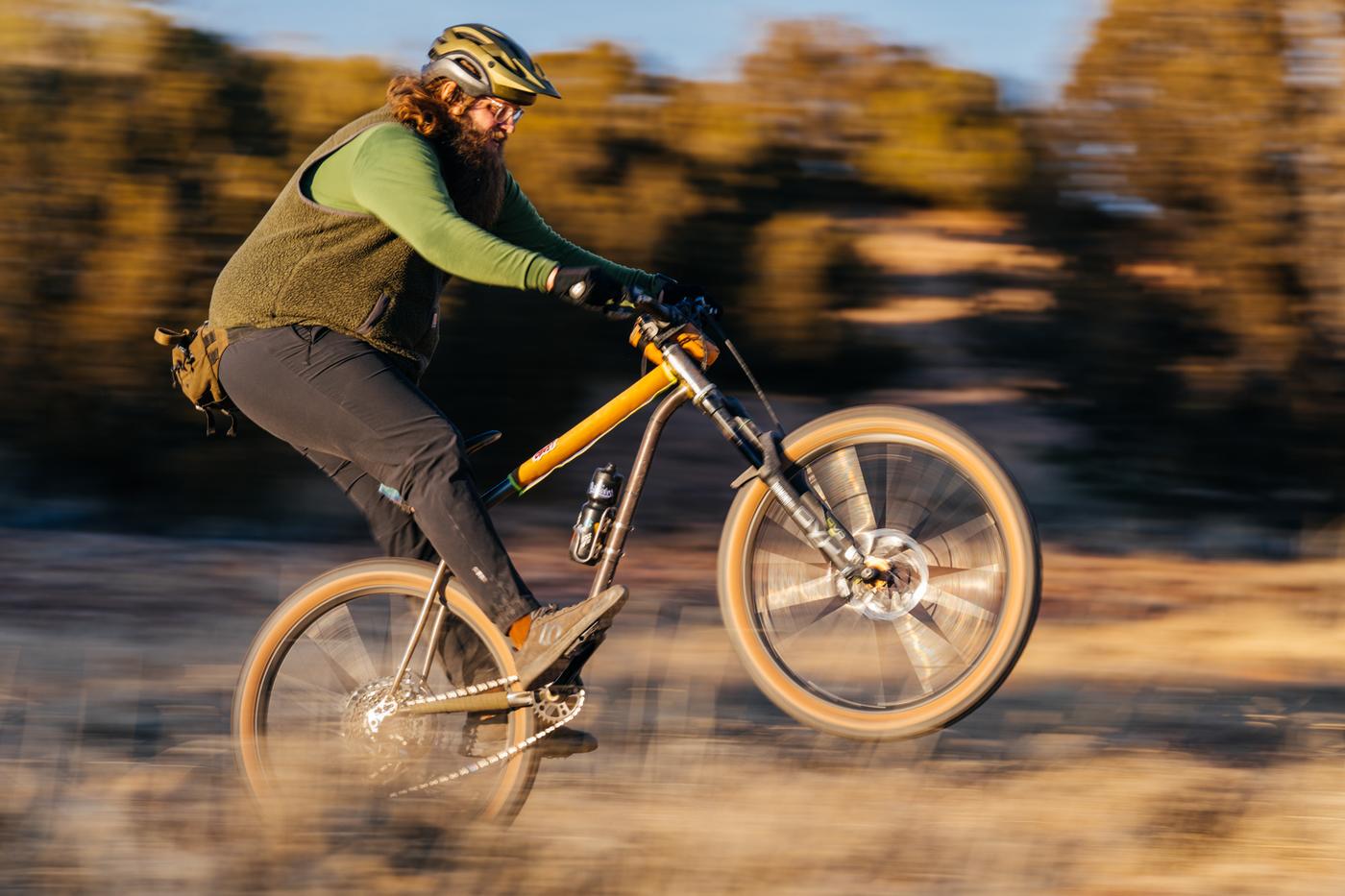 Watching Jarrod shred his self-made bike like this was such a treat. Spending a good amount of time with him was just the icing on the cake. The pandemic has been rough on people. Check-in on your friends, say ‘yes’ to rides, and be kind to each other. The past two years will have long-standing effects on our social lives, yet connecting in person can really help everyone’s mental state. Thanks for all you do, Jarrod! See ya at Mid-South!