Years ago, when I expressed my aspirations to become a cycling photographer, a very talented friend helped me put things into perspective. “Remember,” he said, “What you are trying to achieve is the equivalent of wanting to be an NFL photographer while living in Japan.”

I knew what he was saying was not to discourage me; he had also worked for various cycling outlets over the years, writing and occasionally shooting with well-known names in professional cycling. His frequent flyer miles were piling up, and it was merely a side hustle. “You can do it,” he told me, “but as someone once told me, you must accept living like a dog.” As I awoke with the morning sun in Waterloo, WI, for the Cyclocross World Cup, my shoulders stiff from sleeping on a camp pad in the sunroom of a beautiful farmhouse, I realized I had accepted my dog-like lifestyle. A pampered and spoiled dog but a dog nonetheless fighting for scraps amongst the American cycling landscape. Believe me when I say that; I mean it with no cynicism. There is no place I feel more at ease than tape side on some dusty or muddy track pushing the shutter button. First-round anticipation for the World Cup was high on the grounds of the Trek compound. Despite gravel worlds in Italy and the Packers playing in London, fans turned up early for a perfect fall day of racing. What revelations of the season will play out in its first hours? With some notable big names absent, Wout, Sanne Cant, van der Poel, and current World Champion Tom Pidcock, a winner in both fields was open for debate. American fans hoped that Clara Honsinger could repeat Friday’s C1 effort and find herself back on the top step and that early-season ramblers Curtis White and Eric Bruenner would be in the mix amongst the men. When the dust settled Sunday afternoon, a few burning questions were answered. Eli Iserbyt looks primed to take on the World Cup overall once again with another display of early-season form, and despite her size and age, Fem van Empel is a tyrannical beast on two wheels. At the same time, former World Champ Ceylin del Carmen Alvarado looks to be back to the form that put her on many podiums a few seasons back. However, the spritely van Empel kicked with extra venom in the two-up sprint to win, leaving Alvarado as the runner-up. 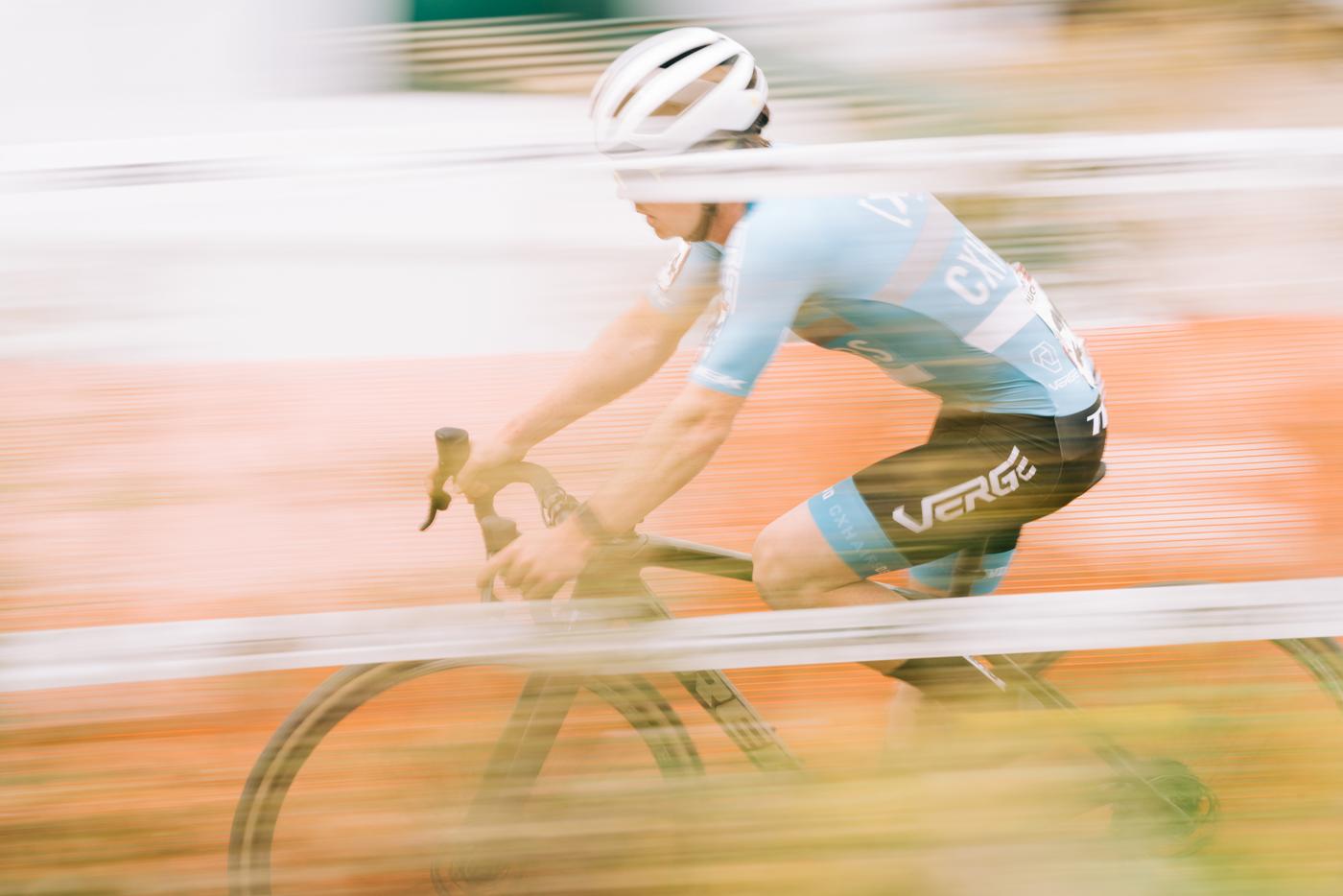 There were quite a few notable performances in both the men’s and women’s fields, but I will speculate for many that the ride of the weekend came from Thibau Nys. Son of Sven will be a big problem for the front of the men’s field. Maybe not today or tomorrow, but very soon. Nys finished 5th on the day, all while boosting whips over the flyover and banging elbows with the sport’s elite. Cap it off with a wheelie across the line, and Thibau was an instant hit with the American fans. Much like pops, Thibau is a vicious competitor who loves to entertain, and at just 20 years old, watch out! 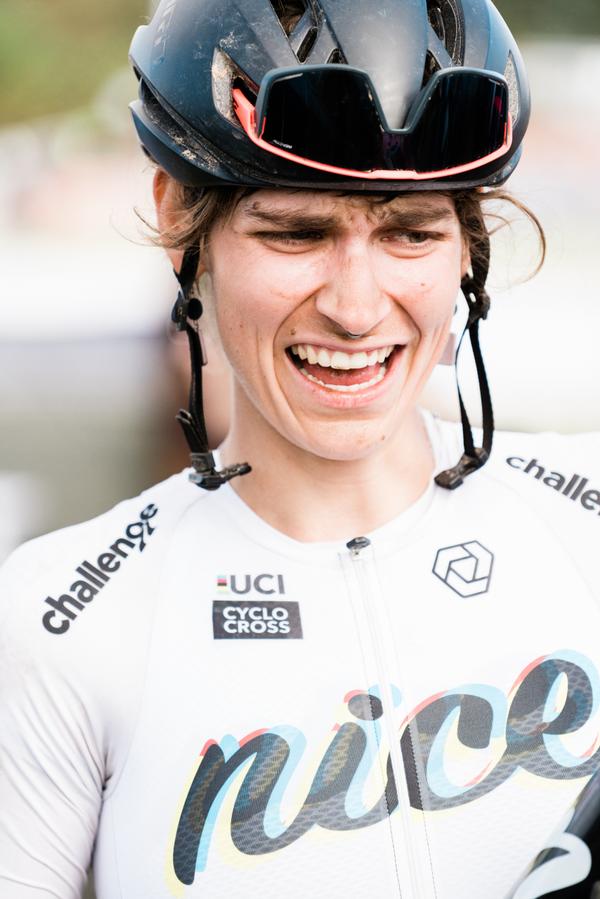 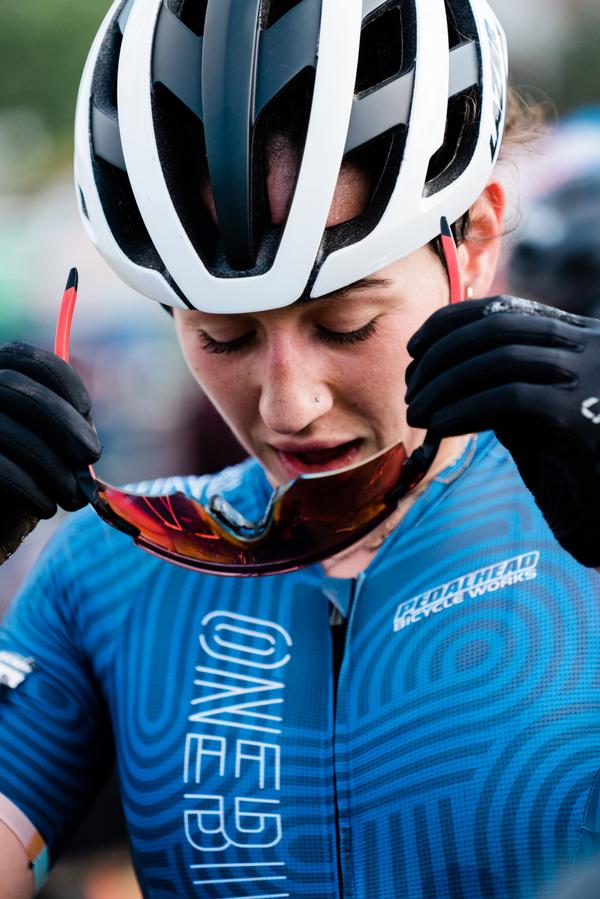 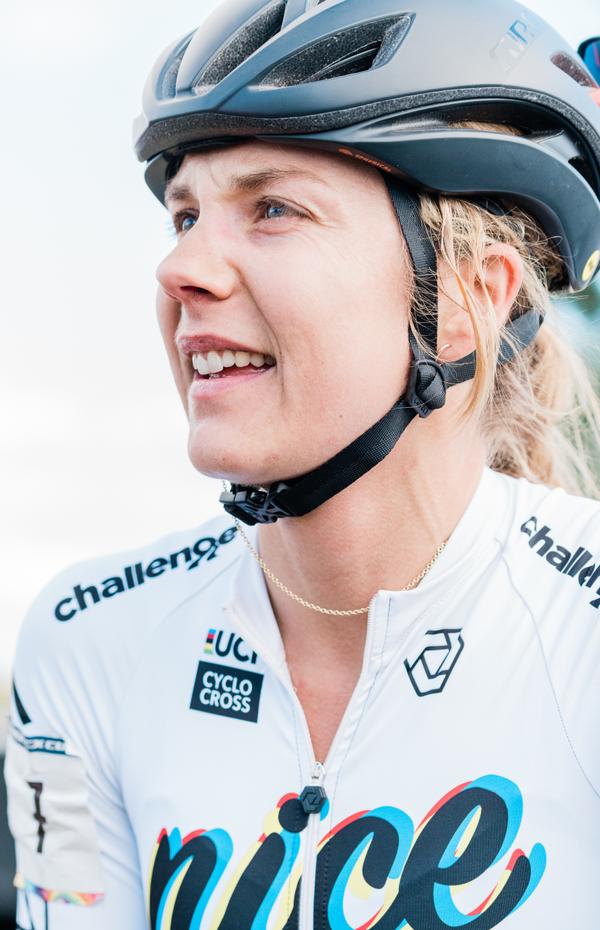 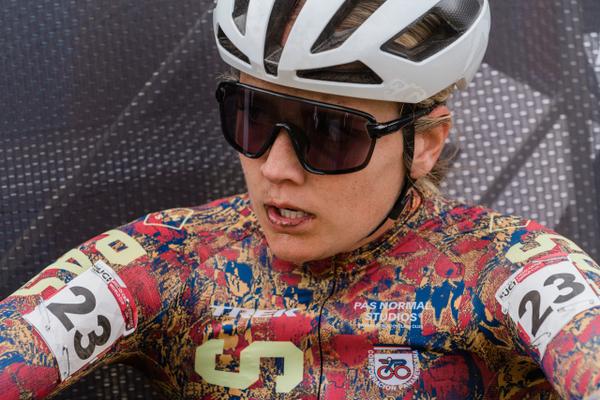 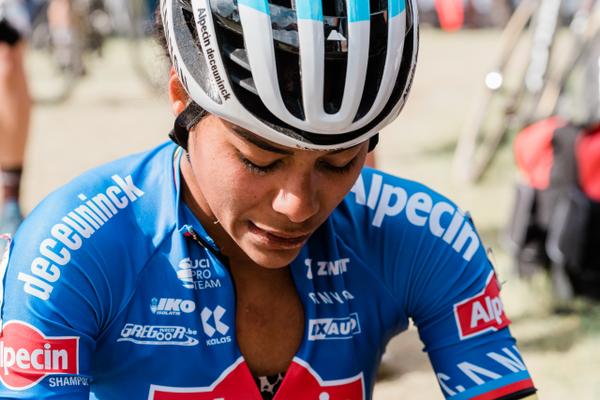 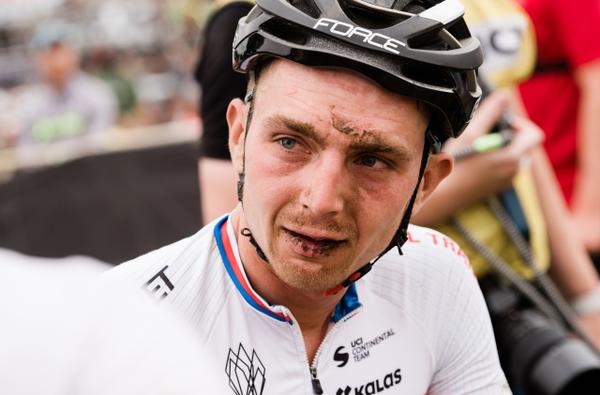 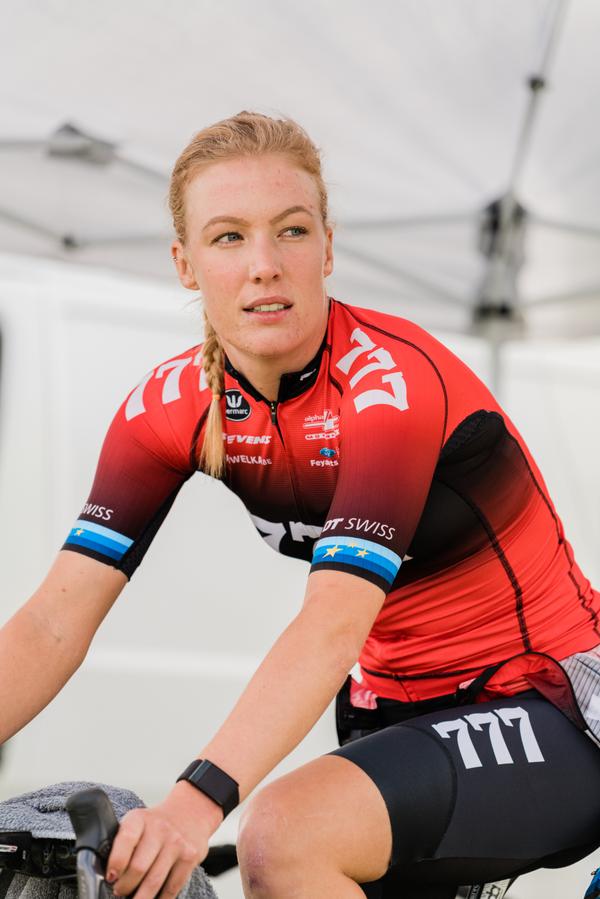 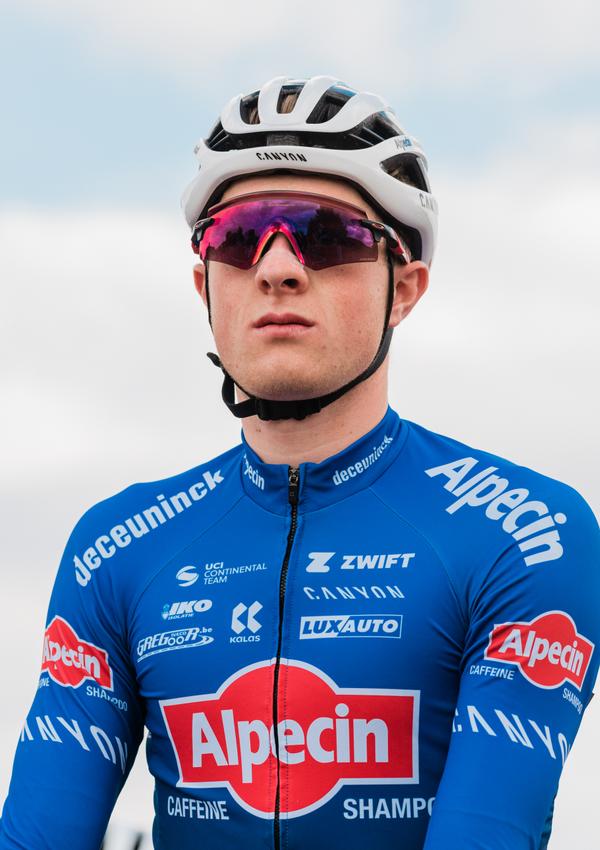 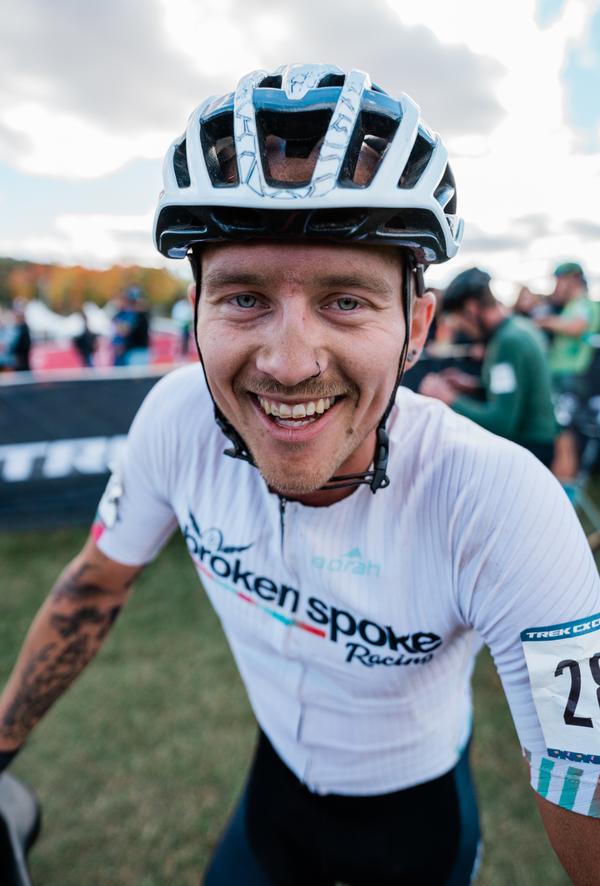 I’m not sure how often the NFL visits Japan these days, but the upper echelon of professional cyclocross has been making annual voyages to our shores since 2013. Whether for World Cups or World Championship races, American fans can see the best in the biz throw down live and in person. When the stars align, I get to fulfill a self-prophesied fantasy of being a professional cycling photographer. An overwhelming sense of strangeness has never faded since the World Championships in Louisville in 2013. Cyclocross is a niche of a niche; it is almost like a subgenre of extreme metal. Plenty of people listen to metal music, heck, maybe they even go to shows, but a band such as Ash Borer is as recognizable to the masses as the invasive species that shares the name. Cyclocross is essentially the Ash Borer of cycling. It moves at a ferocious and violent pace, and those who love it LOVE IT. The sense of danger and the possibility of tragedy in the opening laps of a ‘cross-race is very metal and very real. Much like seeing an obscure band from the darkness of the metal underground, seeing the European cycling elite in person is decidedly similar. It is a fleeting moment that can’t be taken for granted. Given the current state of cycling, you never know when the last race of this magnitude will take place on American soil, so I suggest if given the opportunity, go and soak it in. I can’t think of a more infectious ambiance than the chaos of a top-level cyclocross event. Gravel’s popularity be damned. Cyclocross shall rage on!