A strange sensation grips the mind when a long drive begins in the darkness of predawn. The city remains still, holding onto its final few hours of sleep, and the highway remains virtually empty. There is a promise in the loneliness of the opening hours of long highway travel. Exits flutter by in the darkness; distant lights of tractor-trailers and roadside oasis’ are the only possible signs of life beyond the confines of my car. The falling snow has narrowed my concentration to the reflecting lines on the asphalt as I navigate south and west on my way to Fayetteville, Arkansas, for this year’s Cyclocross World Championships. 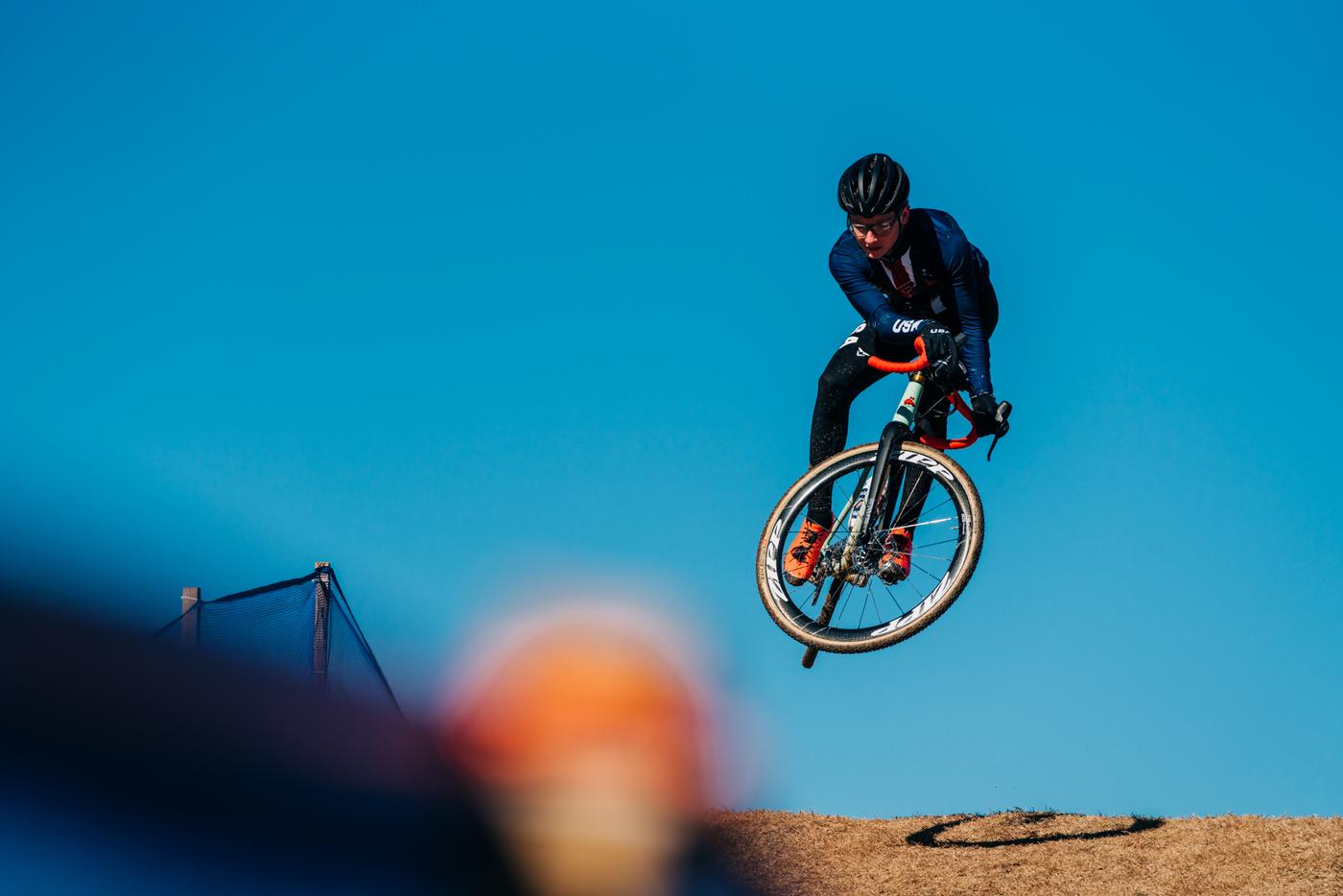 The morning sun is reduced to a dim blue/grey illumination as a snowstorm has gripped the midwest. Tractor-trailers jacked knifed themselves into the snow-covered ditch separating the east and west lanes every one hundred miles or so. Any anticipation of easy passage to my final destination vanishes in the flashing lights of tow trucks and police cars. The entire drive felt a bit of a strange dream, and upon waking the following day trapped in a collapsing air mattress, the realization of what was at hand began to set in. It is not very often that North America gets treated to watching the best in the world compete in cycling events. The last time the World Championship of Cyclocross visited the U.S. was nine years ago. An event, mind you, that was arguably one of the most memorable sporting events of all time. 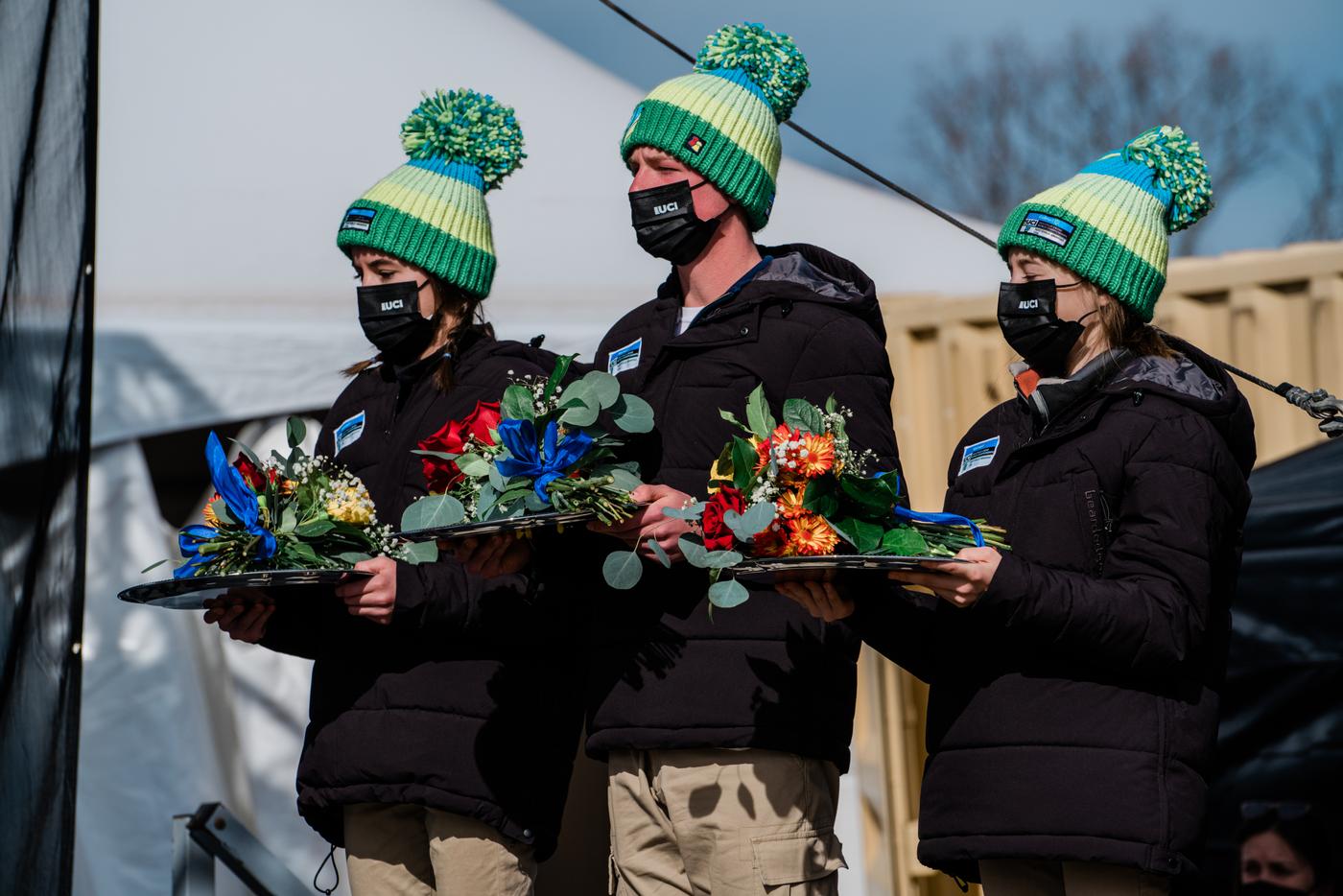 Unlike the 2013 Championships, there would be no snow, no flooding rivers, and, as far as I was aware, no foam party. A deciding similarity to 2013 is that Marianne Vos is the most dominant cyclocross racer of all time. When pundits sit around pontificating whether Wout or MVDP will be the next Eddy Merckx, Vos has already taken up the position. At the Saturday afternoon headlining Elite Women’s race, her victory was Vos’s eighth cyclocross world championship! Eighth! It is not to say her victory came with ease; Lucinda Brand pushed Vos to the line. The two escaped from a small leading group with about three laps remaining, leaving Sylvia Persico and Ceylin del Carmen Alvarado to sort out the final podium spot. When Sunday rolled around, there was a common acknowledgment that the Elite Men’s title was Tom Pidcock’s to lose. The absence of Wout Van Aert and Mathieu Van Der Poel left the door wide open for the Englishman. Pidcock ran rather than walk through the door left open by his contemporaries, taking advantage of a potentially once-in-a-lifetime opportunity. That is not to say that Pidcock would have settled for third had both Wout and MVDP been present. The Englishman has gotten the best of his adversaries in the past year, showing ability both on the mountain bike and cx bike. Perhaps it’s the rarity of such events in the United States that create such fervor and delivery of enthusiasm from the fans. There is a particular sort of noise from U.S. cycling fans in the throws of a World Championship race. A deafening wall of noise consumes the area from first place through last, leaving hairs standing on end. It is equal parts terrifying and beautiful, infectious and intoxicating, and it must help the riders find that extra gear. If only baring witness to World Championship races once every nine years or so is what is needed to preserve the magic that transpires when a race of this caliber visits the States, so be it.