A love letter to cyclocross - the show

The following is a love letter to Cyclocross and in particular photographing cyclocross. During the 2018-2019 season, I was blessed to attend a few races and got a chance to shoot freely and candidly with no one expecting anything from me but everyone letting me in and close. I had no idea what was about to happen to me, under the lashing rain of Overijse, a small cold flemish town, I fell in love with cycling once again, a way I never expected, cold, easy, mind-blowing and everlasting.

“We get to play like kids in the mud but as adults, what else could be better?” – Rebecca Gross Cyclocross in Flanders is like a festival but with less music, more age groups, and limited food and drink options, it makes about as much noise.

Performers get even muddier than spectators. 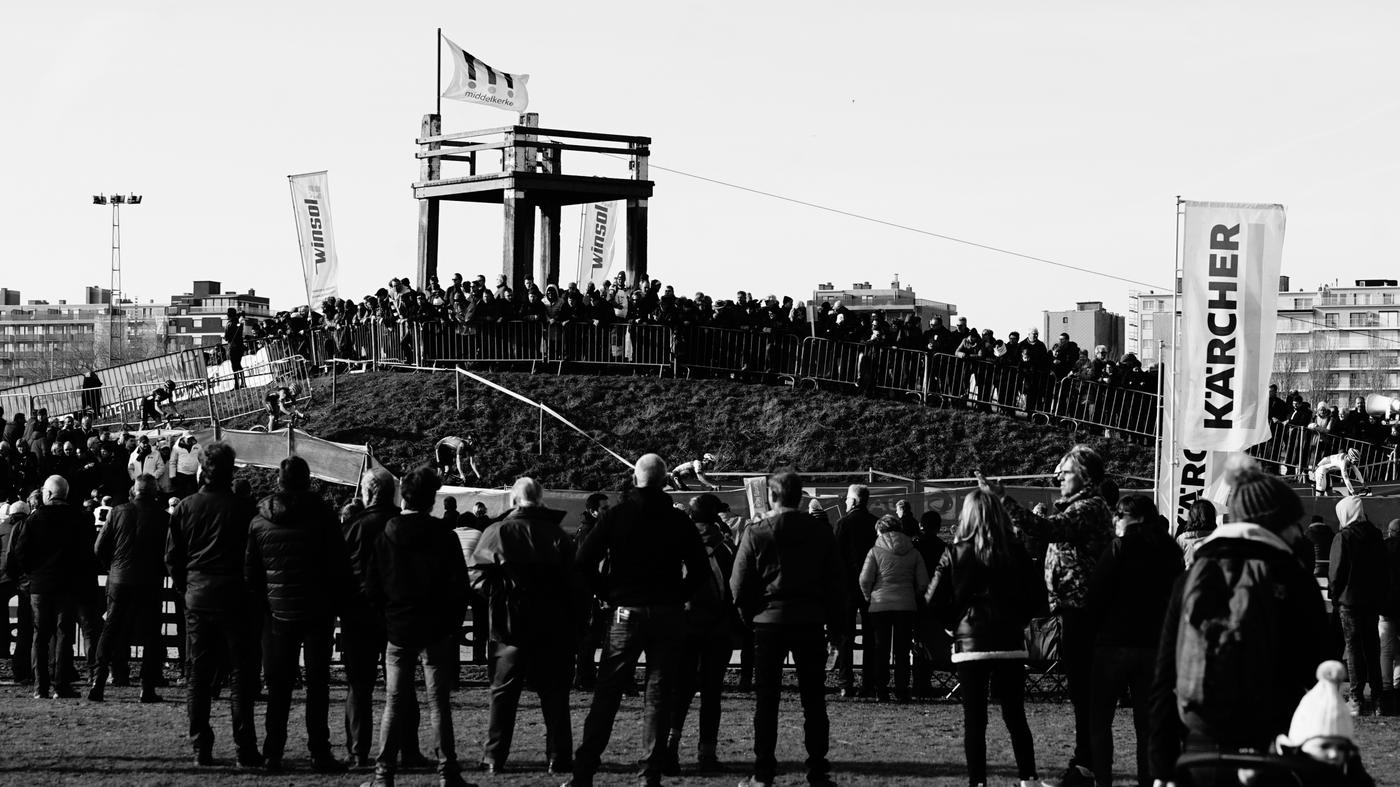 Beers and boudins (sausage sandwiches) boots and umbrellas, friends and fries, families and foul weather, a full display of drama and bravery, heroes and broken legs.

The crowd standing under the rain, in the cold for hours, hence the beers and sausages. There’ll be screaming, singing and there’ll be running. 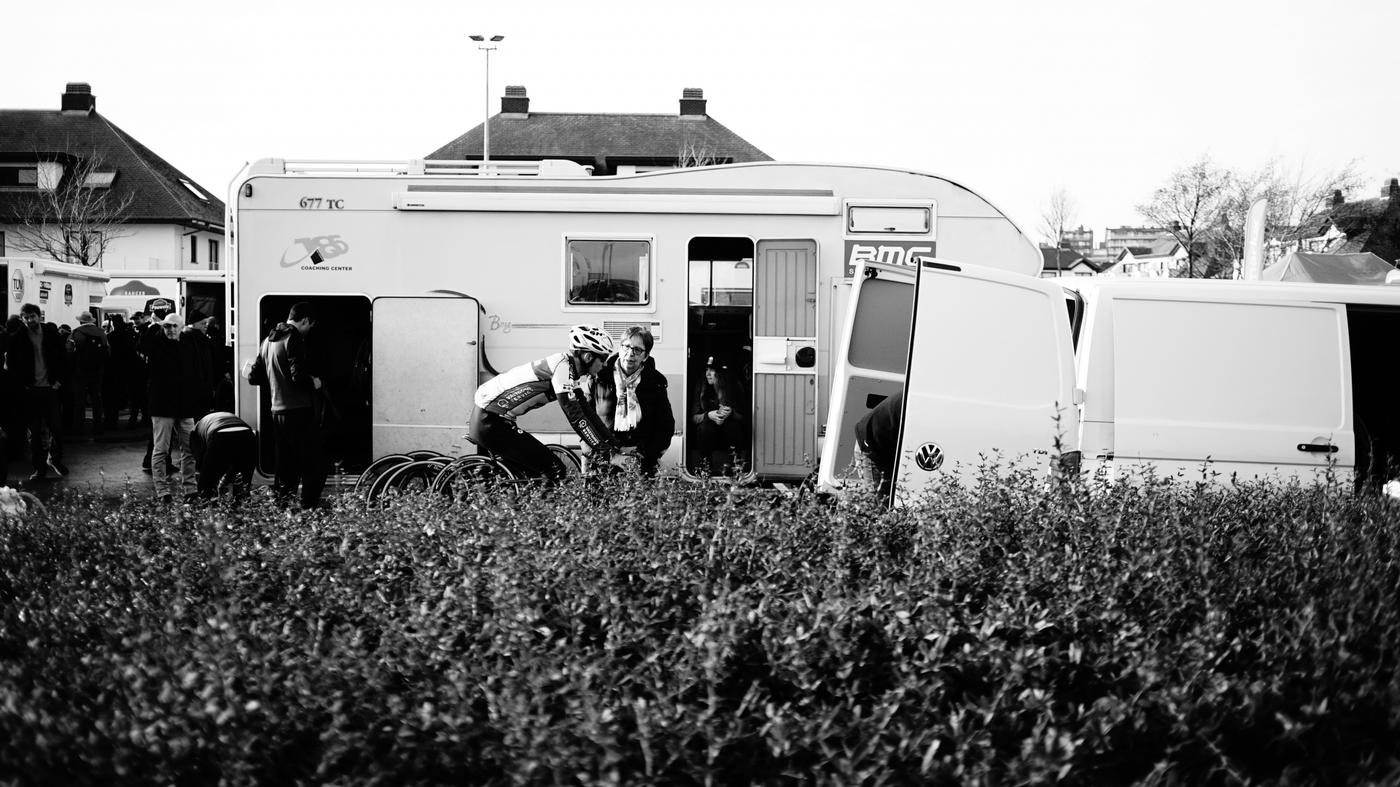 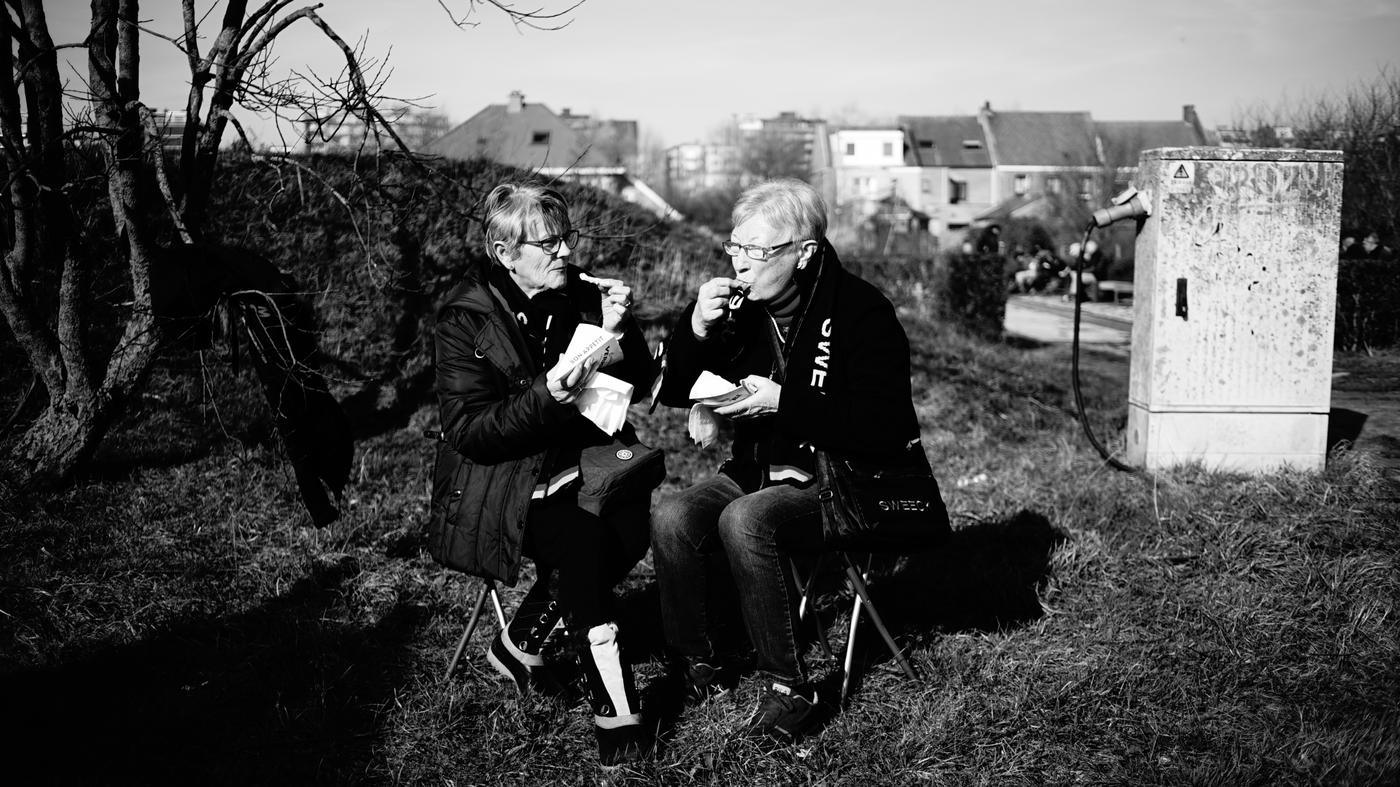 There’ll be dancing too, or much-needed stomping around to keep your feet from freezing up!

There is nothing like it, you see the race from the inside no matter where you stand, feet deep in the mud and you see it pass by a million times, you see the players from near, before, during, after, you can smell the rubber, the sweat, the tears and sometimes blood. There is only one winner but a bunch of heroes. 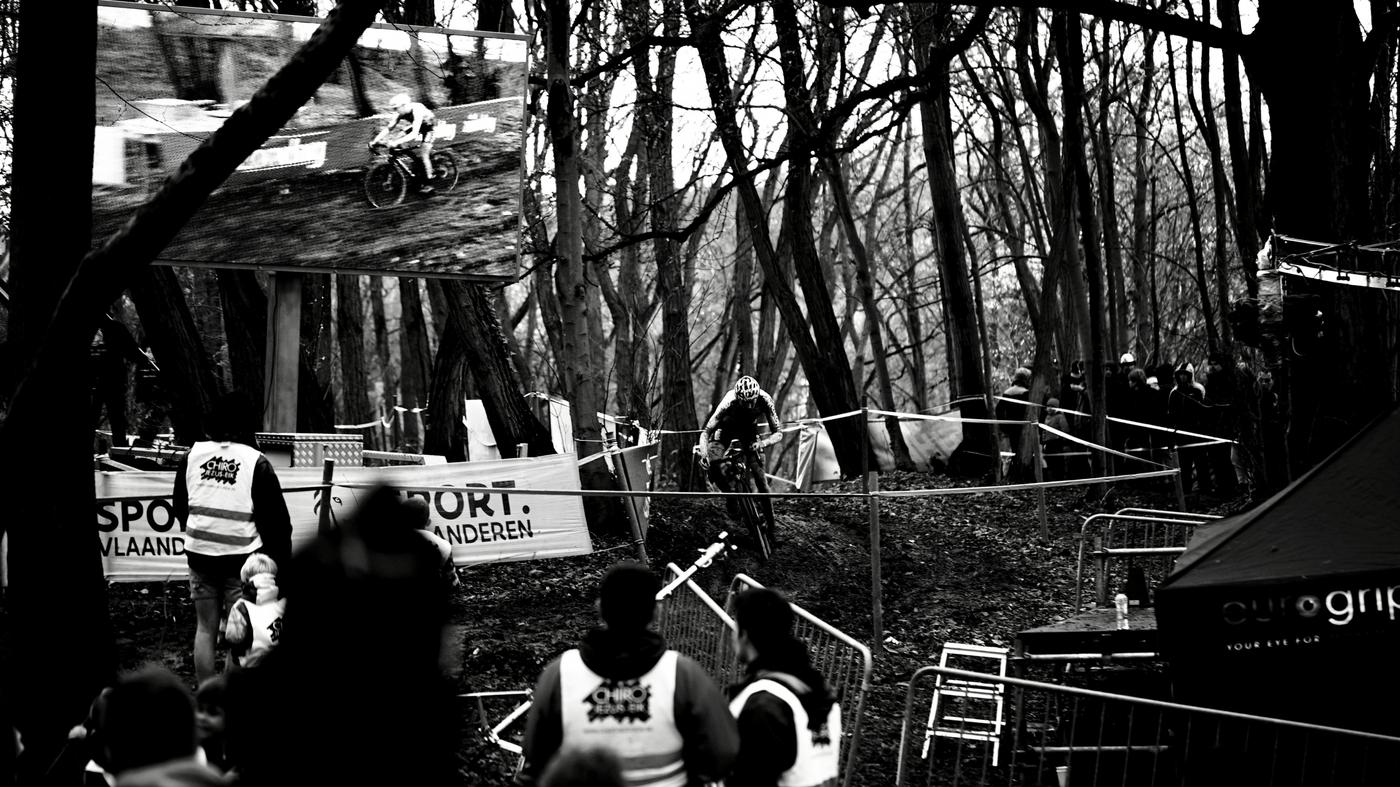 It’s a different ball game and you know it as soon as you get there. A race is like a circus, caravans and performers all know each other, they been traveling this show around the world, everyone has a place, everyone has a role, and everyone knows the beat. There is a village in town and they’re setting up the stage since the early morning. From all around and further out. People start coming in to watch them, like some freaks of nature. These are stuntmen and troubadours. They’re not yet on a pedestal or a podium, the stage is just a rehearsal for a bit longer, you can watch the run-through, the mise en jambe. 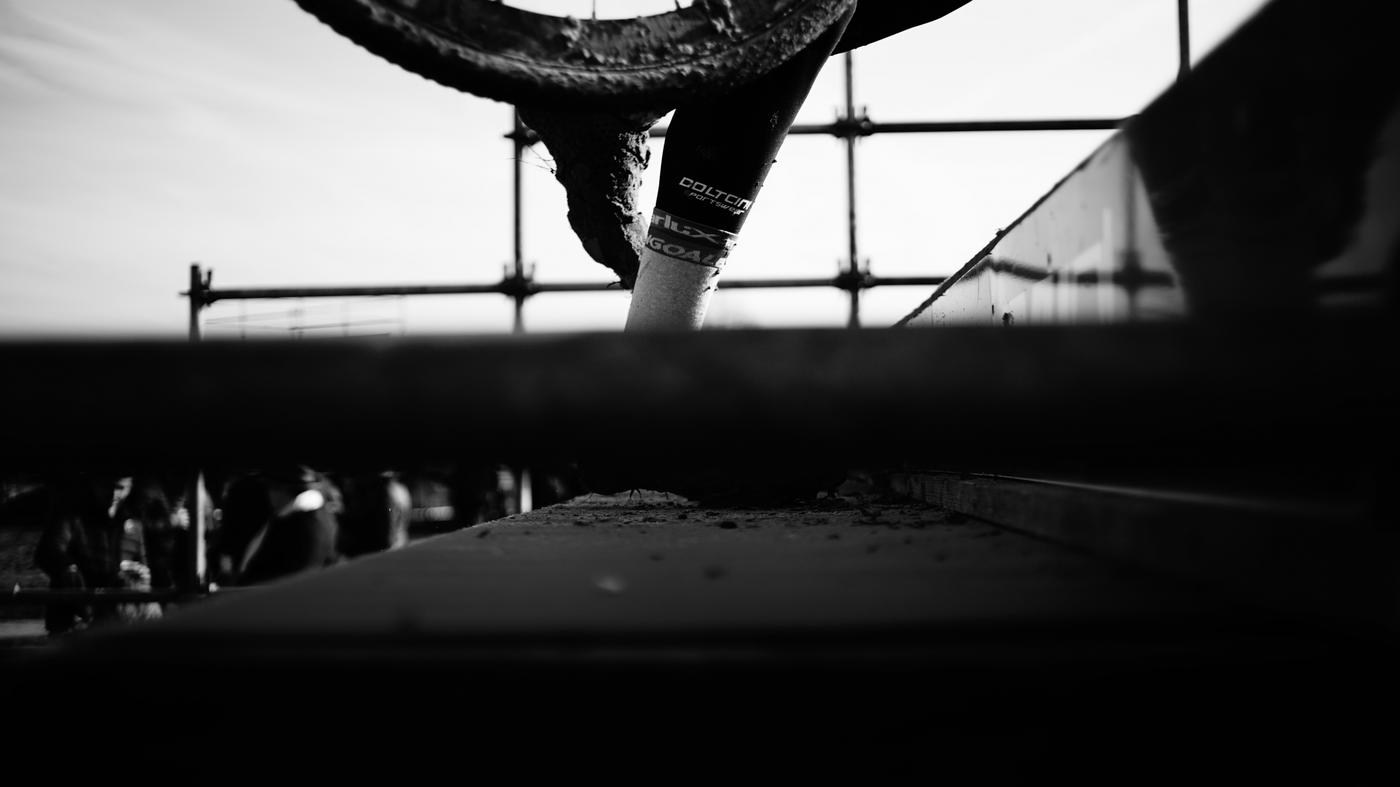 You been served, this is the starter leading them to the start line. Stretching and warming up, the tension builds up and the focus starts increasing the silence that will reign before the start, but for now, the kitsch music is still blasting out, the barbecues are getting hot, the grills are still clean like the rider’s kits.

The pit starts to melt and the ruts start to dig, it’s a cook-up, a warm-up close to the boiling. Soon the kettle will whistle. The silence before the storm, tires width been checked, jackets been taken off, bottles thrown back to team staff. The music has stopped and the silence is louder than the wind. For what feels like an hour everyone has clipped in and waits for the gunshot. Photographers rush and squeeze to get their shot. 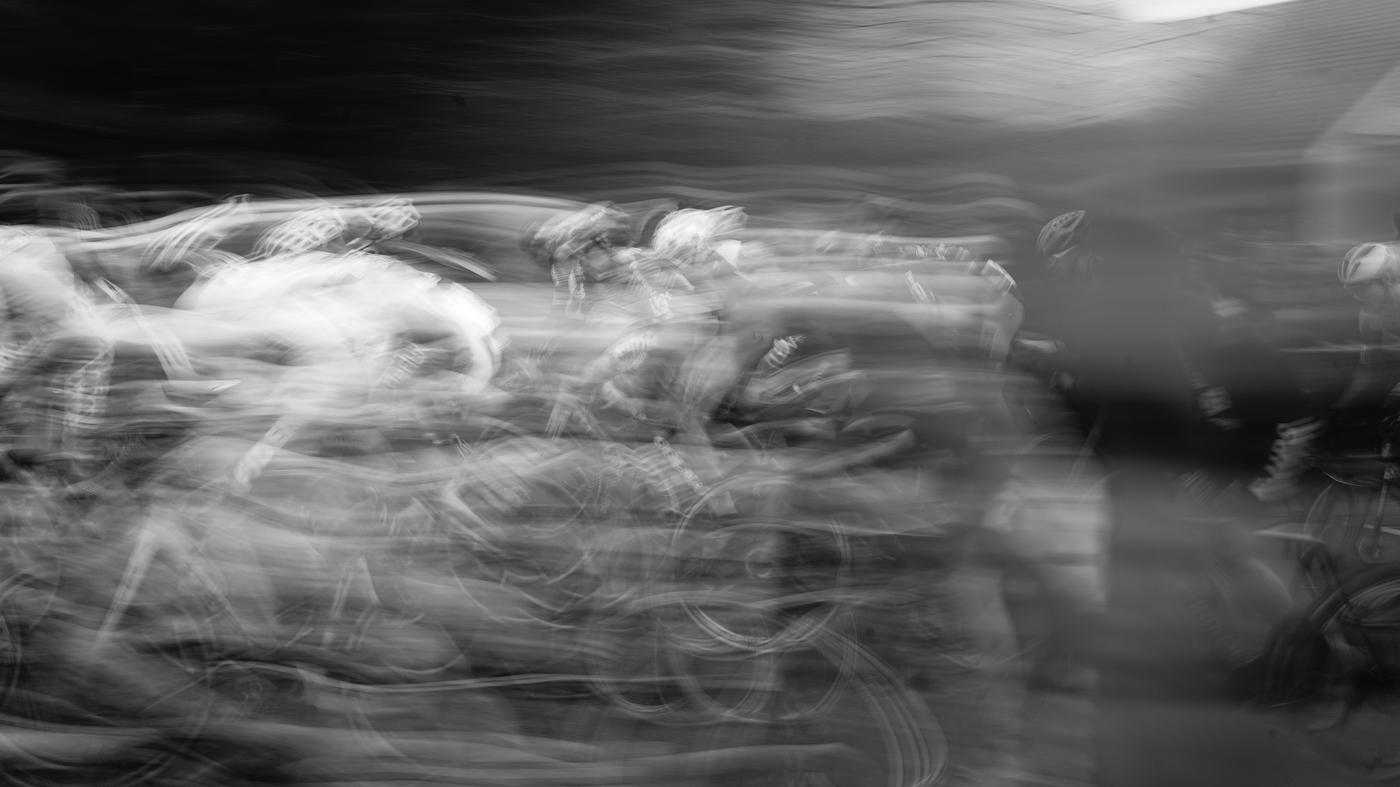 In any kind of show be it a gig or a race this has always been my favourite moment to film or shoot, getting close to the performer is an incredible privilege at this point, you could almost grab the air, it seems more solid around them when their concentration makes it appear thicker. 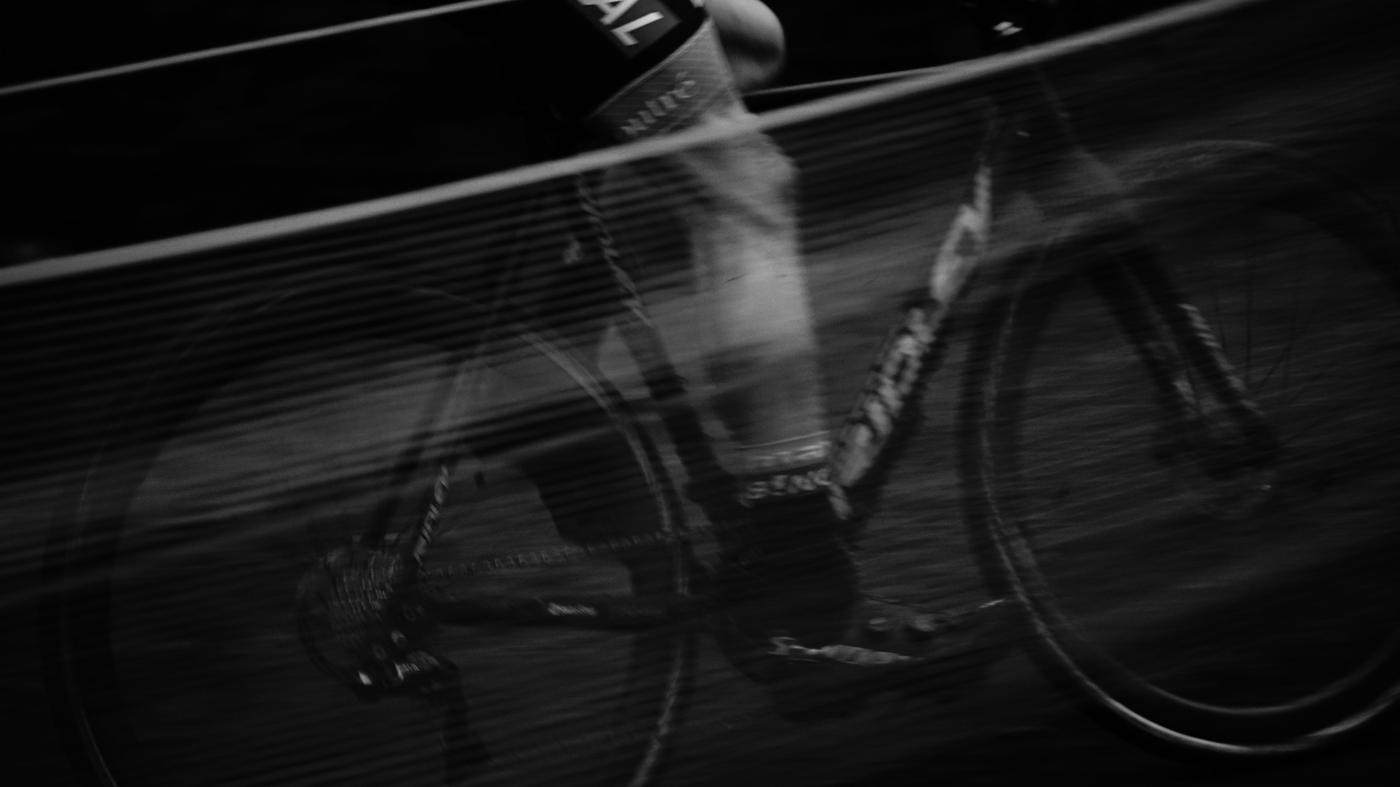 If there was one sport to shoot, only one, my choice would be this one. So many angles, so many chances to get a shot at each spot, so much help in the framing, be it barriers, banners or silhouettes of the crowd, it seems the viewfinder has very little work to get a shot over composed. Lines and structures make the light pierce through and the faces don’t lie for a second here, no bluff, no little emotion, everything is full on, from the riders to the audience and again you get more than one chance at getting the right shot, the moment you are satisfied with, so many laps, so many riders, so many angles, so many forefront, backdrops, details and ornaments. It could be seen as easy if you’re not after any particular rockstar for your story. 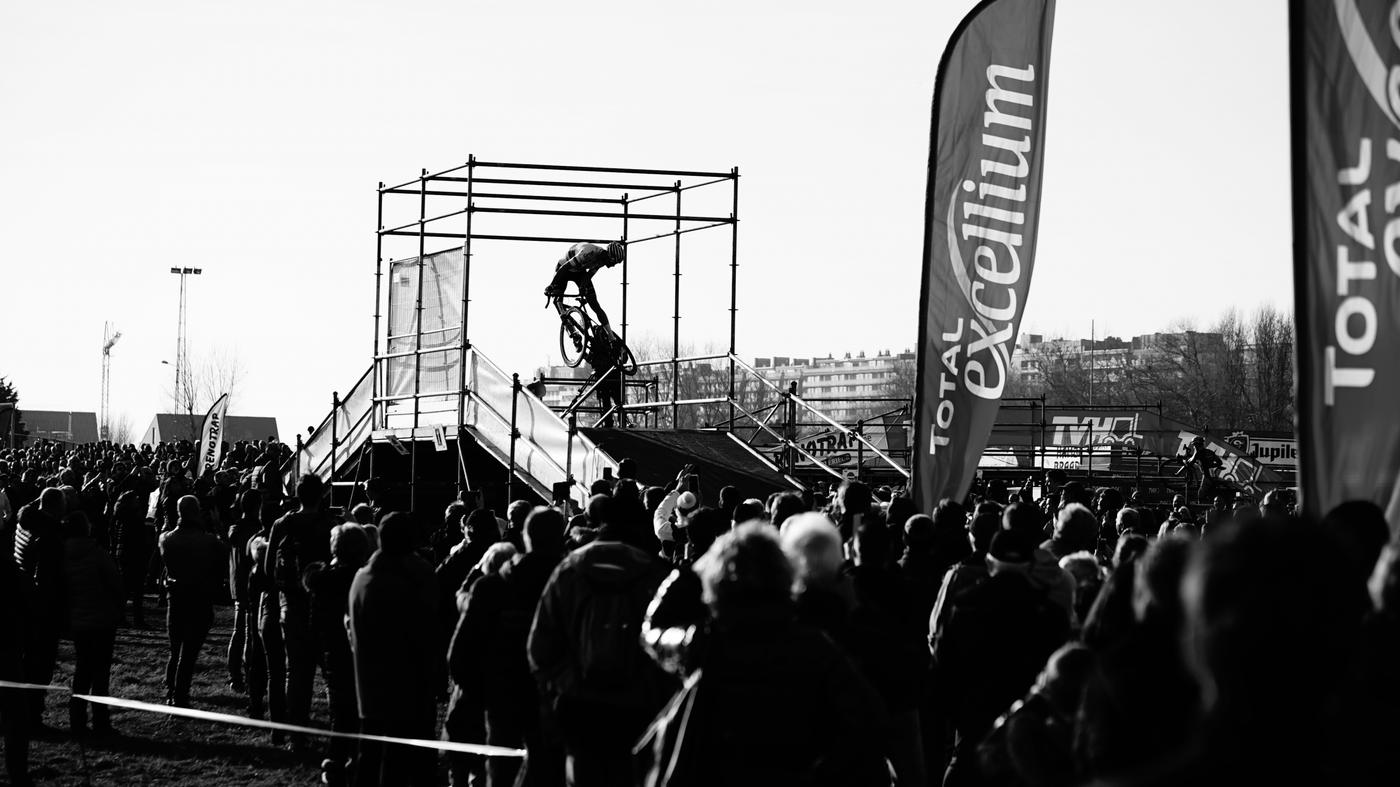 Didn’t have enough? Well now the tension falls but the show stillgoes on, riders drenched and covered in mud, after battle looks, epic mud tattoo on every inch of skin, eyes that can’t lie, joy and deception, cooling down, brief exchanges with fans or anecdotes among racers, on the rollers, it’s coming down, not too fast. 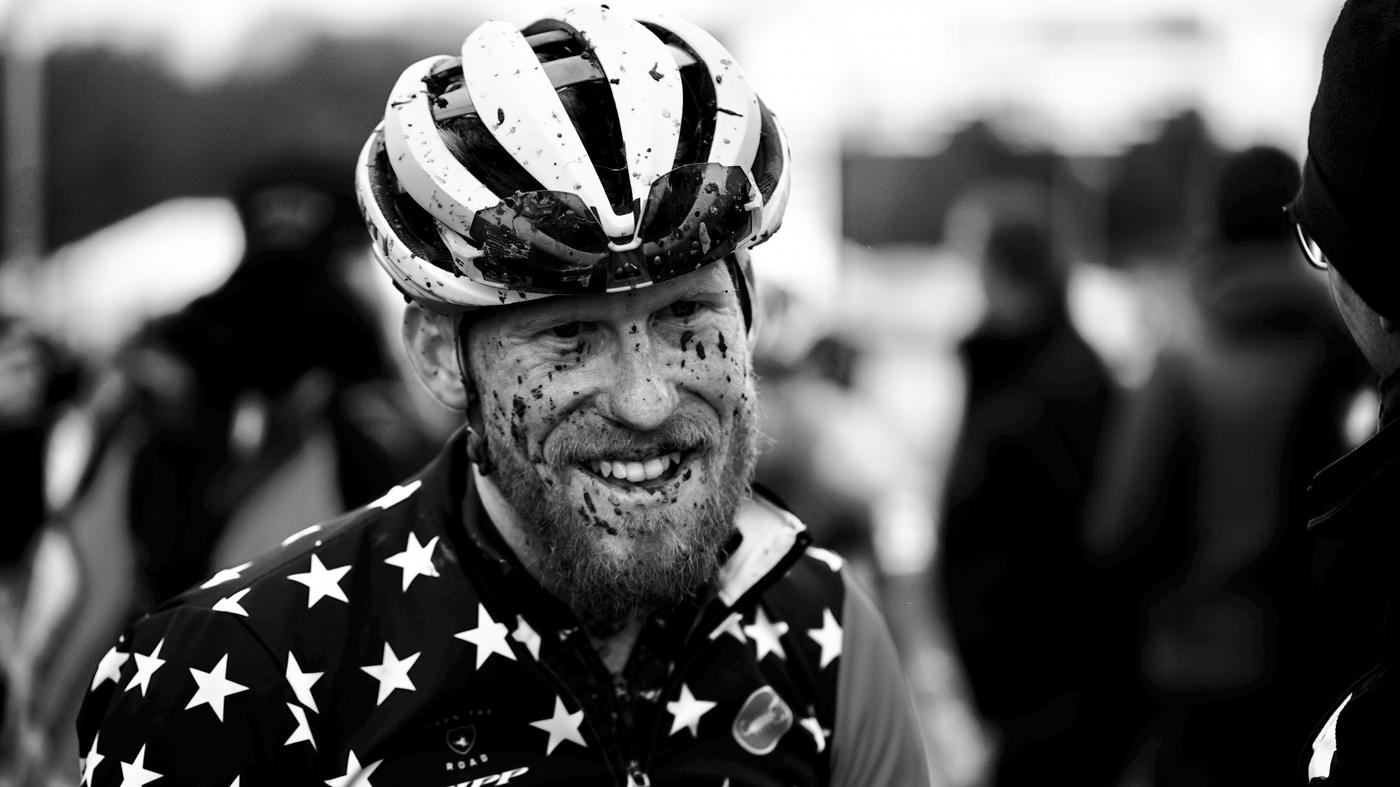 Cyclocross has to be the best thing to shoot ever, recce, warm up and laps, the different categories, you can practice your race spots, where you wanna be and when and then you might have to change it all cause the crowed gets in the way but the crowed brings life to the live. You had all the time to practice and rehearse and yet when the show starts everything shifts and feels anew again, you are prepared but there are still tons of exciting surprises coming your way. Damn I miss shooting cyclocross. 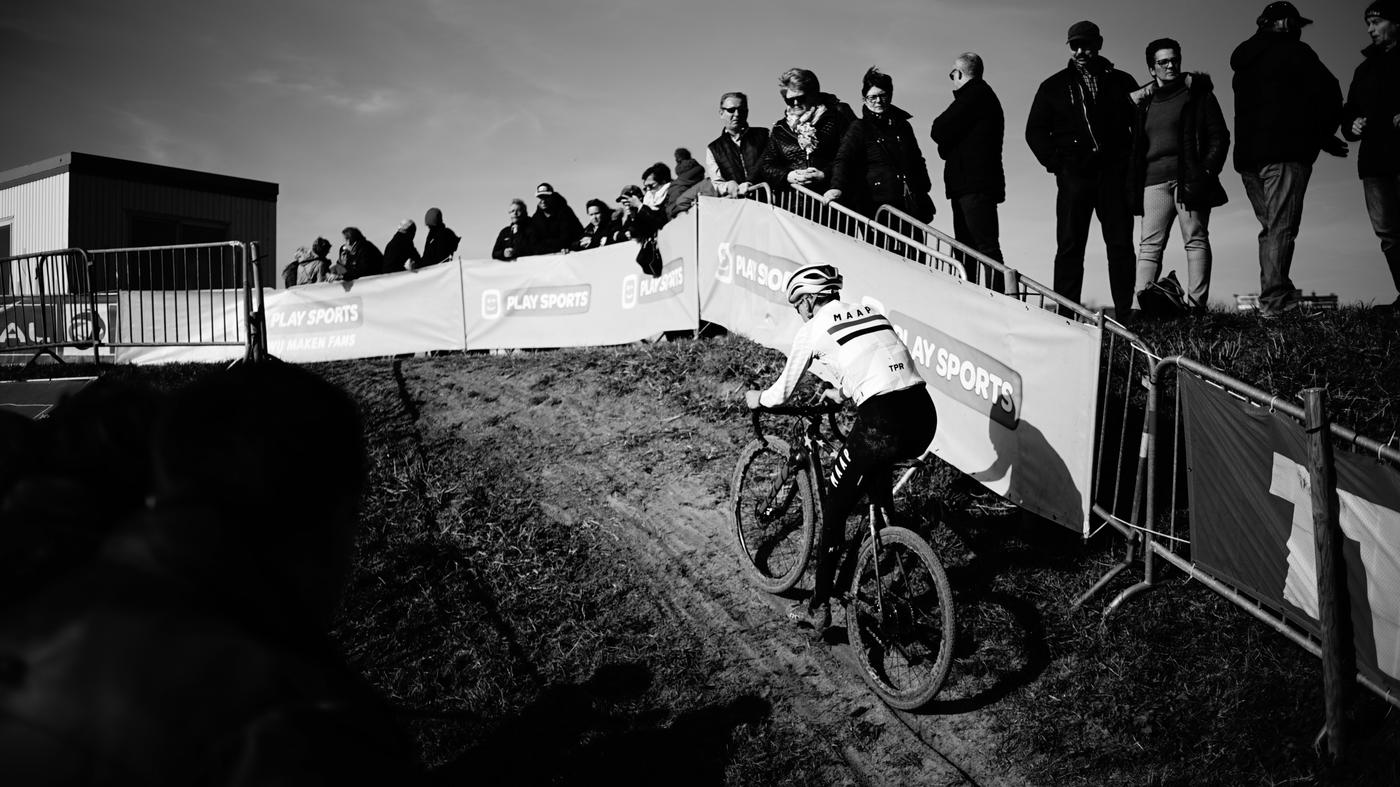 These shots are from only 5 races, my very first events in Belgium and The Netherlands. I have mixed them all up in this particular order. I hope you take half the pleasure looking at them as I had shooting them cause that would already be so much. This was the year when MVDP dominated and took the rainbow from Wout. It was hard as a local to watch Wout lose that rainbow but there was something beautiful and fascinating in his struggle against MVDP. That rivalry was breath taking and their duel was fair and square.