Runa is a small village that looks like it was supposed to become a town, it just never happened. Not much to see around here.

Traversed by a fast road right through it, longing a deserted train station that never felt so vain.
All along that single file highway, tiny factories, warehouses, abandoned, emptied in a rush. Nature is invading, reclaiming those empty spaces, plants, and trees through the cracks and walls.

I press on the pedals.

A bit further down the strange fast route, a tiny park and one big tree, one massive tree, an old man walks around, talking to himself, or rehearsing what seems to be a speech or sermon, rehearsing those words while mastering their hand choreography. 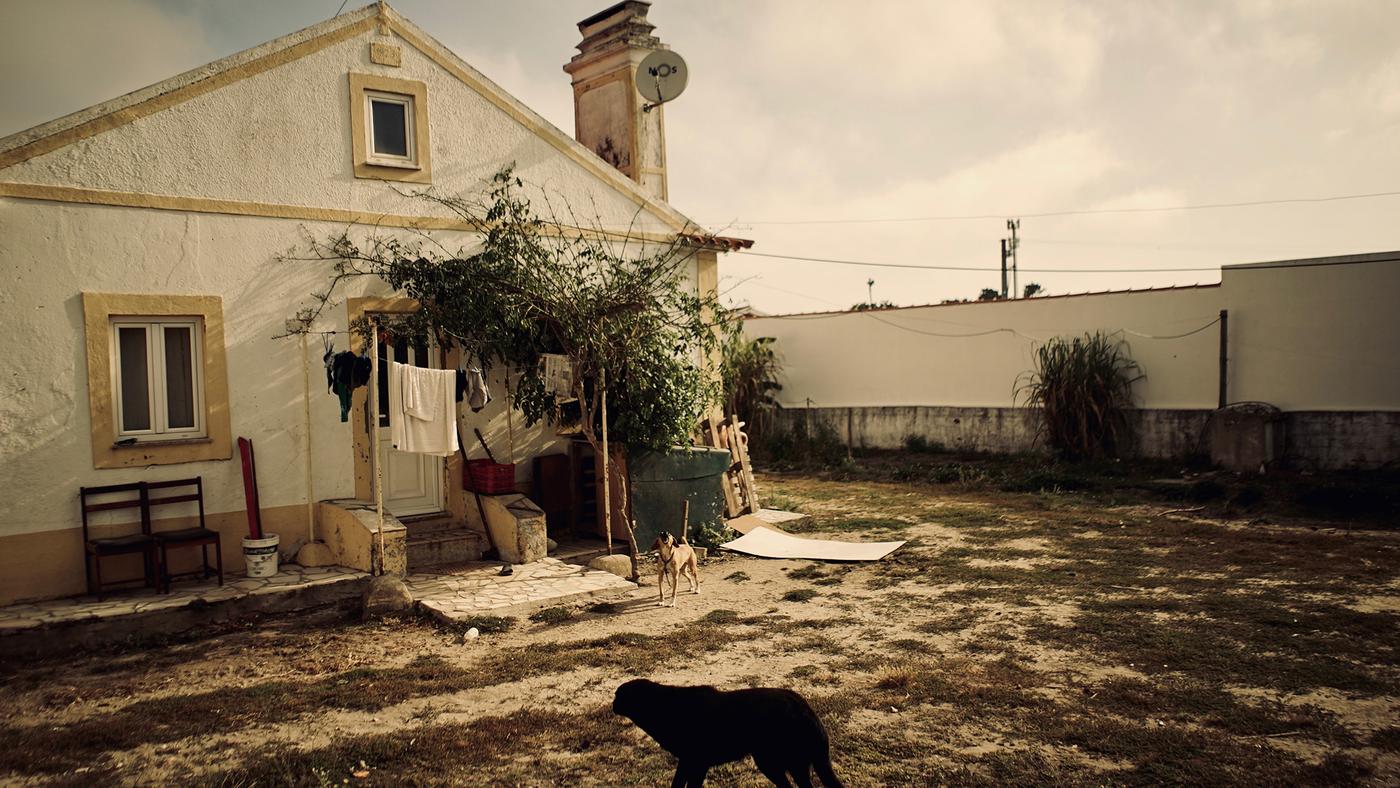 I want to write about it a million times.
I don’t care if am redundant.
The voice inside my head never stops repeating the same lines.
Different nights, different lights, different sights, but the same lines.
Like a bunch of happy roundabouts inside my mind.
The open road, escape is on the horizon.
It is a lovely place to hang, that constant moving point.
The Orbit 360 is more than an Instagram hashtag, #RideFar, Ride For A Reason.
It’s a little light in the middle of the night, a little sunshine at the end of Winter.
Summer is coming.

The very first shot I took from our isolation, it was a refugee or so it seemed, a man looking lost and confused pulling two suitcases in the street. I remember thinking I would have to keep that in mind when things would feel rough, they will never reach the roughness others endure, Covid or no Covid.

So I kept that in mind. Wasn’t too hard, my wife’s parents were refugees so my kids are refugee descendants and I get a reminder of how lucky we are every day. 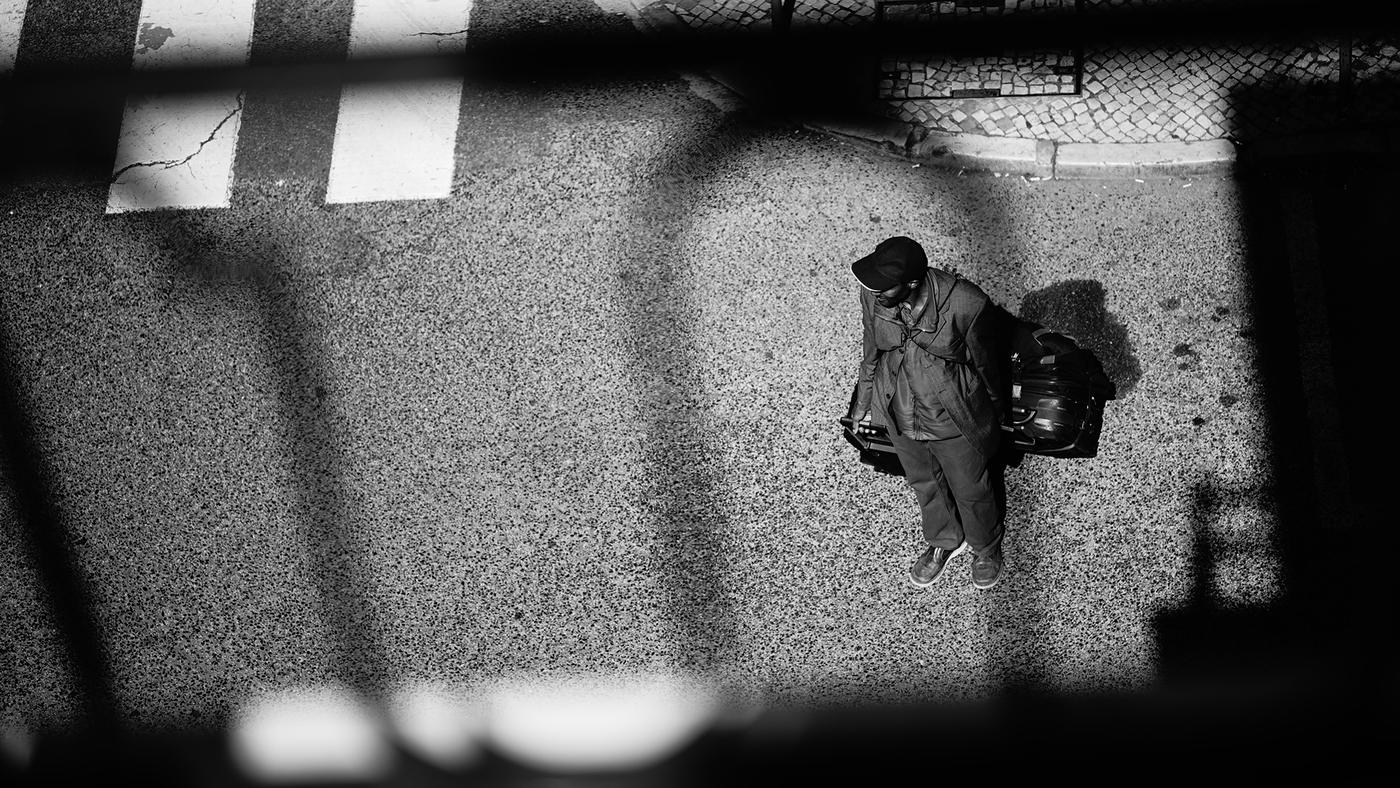 Ultra news also known as finisterra.eu is a new account on instagram that is quickly becoming the reference of anything ultra cycling in Europe and elsewhere.
The Orbit 360 is published as a picture with the lineup.

“The donation-based entrance fees will be used to keep the Orbit360 project alive and to support cycling-related charity organizations.”

Further down:
“Bikeygees offers cycling lessons for female refugees in Berlin and Brandenburg “

“One of our sponsors, Komoot, will contribute to the good cause adding 10 % of the rider’s donation.”

On the phone with Rapha Albrecht, @cyclingrapha, organizer:

“It started last year, I was accepted for the TCR and they canceled and everything got canceled and I felt the need for a new race format. This is how it began. I never planned for it to become a job but I had left my job and it was so successful, I didn’t really want to get back to office work anyways.” 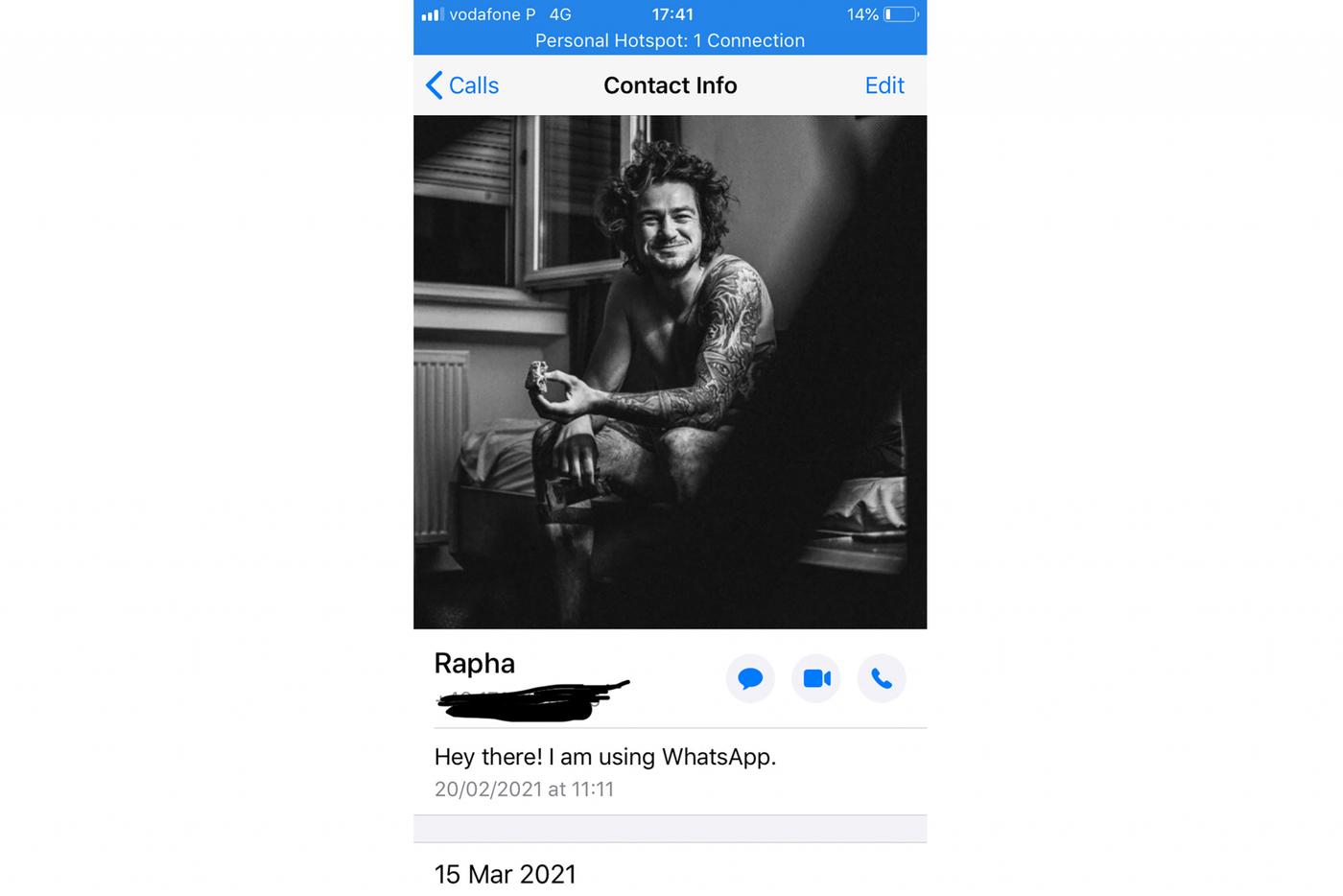 “4 years ago I had a long holiday. My job was making me work 70 hours a week for 9 months and then I would have a three-month break. I went on a holiday with my brother, a touring holiday, we crossed the Alps with my little brother who was 11 years old at the time. I fell in love with the bike and bought one after that trip. Next summer I did a trip through Georgia, Armenia, and Iran. This was not ultra-cycling at all but this was when I fell in love with cycling, the people we got to meet through traveling by bike and all. I found out about the SRMR and was blown away by the idea of the challenge. I wanted to apply straight away but I had an accident and I couldn’t. I quit my job and I started racing. I scratched a few races and then I actually finished the Silk Road.”

“I knew Bikeygees because in 2016 all the refugees came to Berlin. They put them into a tent in Moabit, (an inner-city locality in the borough of Mitte, Berlin, Germany) and I saw that they wanted to help the female refugees to learn how to ride bikes because it’s like this: the refugees come to Berlin and then the government sends them outside of Berlin, 50-60 km away and there, there’s nothing. A bad area, especially if you go to the East, there are a lot of racist people, so they are stuck in a refugee house and they can’t go anywhere, add to this that most of the women were not allowed to ride bikes back home so Bikeygees thought it’d be a massive gain for these people to be able to move around, and go places from there, rather than be completely stuck in the middle of nowhere…”

“I knew they were there, I talked to their founder Annetta cause I was looking for charities. You know we had those massive numbers after the first one, like 176000 km covered and over 12.000 hours in the saddle from all those riders and we thought “why can’t we use those numbers to make something good in the world? If we do this, riding the bike, and it’s such a good thing, why don’t we try and do it for a good cause, you know? this was the idea but I also had to figure out a race format that was adapted to our times. Then the amazing thing was Komoot, one of our sponsors, was ready to invest ten percent of each contribution from a rider how had actually finished and succeeded in the challenge, that really impressed us that not only they would already support us but also support the causes and charities we work with.”

“Right now it’s very tough, I hope we can sustain it but it’s really tough, not only financially obviously, we have a sorta festival coming up in August to gather the community and with Covid, well it’s hard to know if it’s going to happen or not, that’s crazy, you can’t really plan anything this year in a way…”

“This is for the beginners of Ultra Distance, this is for the ones who can’t yet ride a 1000 km ride or who don’t dare to…
-yeah and yet you have all the biggest names in your race!
-haha yeah it’s crazy, all the fastest riders wanna take part in it! But it was hard work you know, I contacted most of them…”

Am on the road, taking selfies, it’s a good day it’s a Sunday and no one spots the idiot on his bike shooting himself in the sunrise. 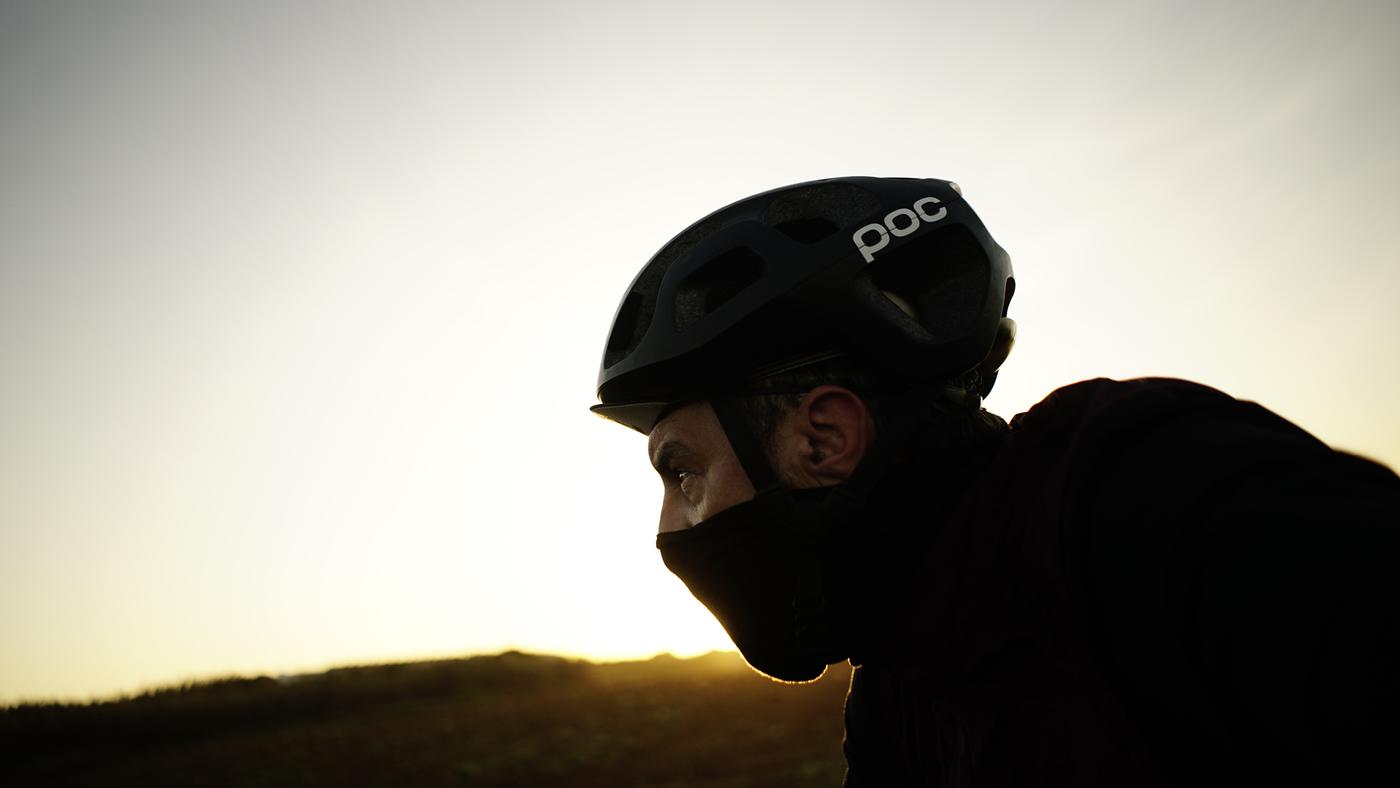 The Orbit 360 is also a group on Komoot and there you can find stories and pictures of everyone taking part in this challenge, for a socially distant event, something clicks and an online community arises, the magic of bike packing deconstructed. Some stories will come up probably at the last minute like a pair riding on one bike only, a cargo.

Another participant will ride on a unicycle.

Expect the unexpected could be the motto of the Orbit 360 series, an organization creating ultra-distance events in Germany which is like everything made in Germany, designed with very clever engineering and built to resist time and wear.

It’s 6 pm and all shops are closed. I did the old schoolboy mistake I always do, too many stops but no lunch, am eating herbal candies from the bottom of my frame bag, freebees from a supermarket years ago, I might get sick but I might get some glucose in there too prior to that.

Life is like a chocolate box, eat it before it perishes.

Am reaching the hard part, the end, or at least, the beginning of the end, entering back in regions I know, roads I’ve already been on, more than once.

When you take the element of discovery out of the equation, the adventure feel starts to fade and the kilometers seem longer. It’s already over, yet there is still a good 50 to go. There’s nothing in the tank, and I can’t even get my hands on a Mars bar.

Strangely enough, this is also the moment I decide to have another go at it, I decide I wanna do it without my camera or with a setup where I can actually work on doing a decent time, not by going that much faster but definitely by stopping less.

In a week I’ll be back on it, I’ll set the alarm earlier this time and I will pack enough snacks to feed a football team. I try to raise some funds the week before on Instagram, it doesn’t really work but I dig this, I once wrote for my son these lines, I wrote them just after scratching from the TCR:

“Son in life you oughta do the things that give you kicks of joy or a sense of purpose, the rest is killing time and time is a blessing you can’t afford to waste.”

It seems you can do both at the same time, I never got it before, I saw so many people doing miles for charity or awareness, and yet I never jumped on that train. It might be an illusion, an excuse, or a justification but hey, it doesn’t t hurt for sure. 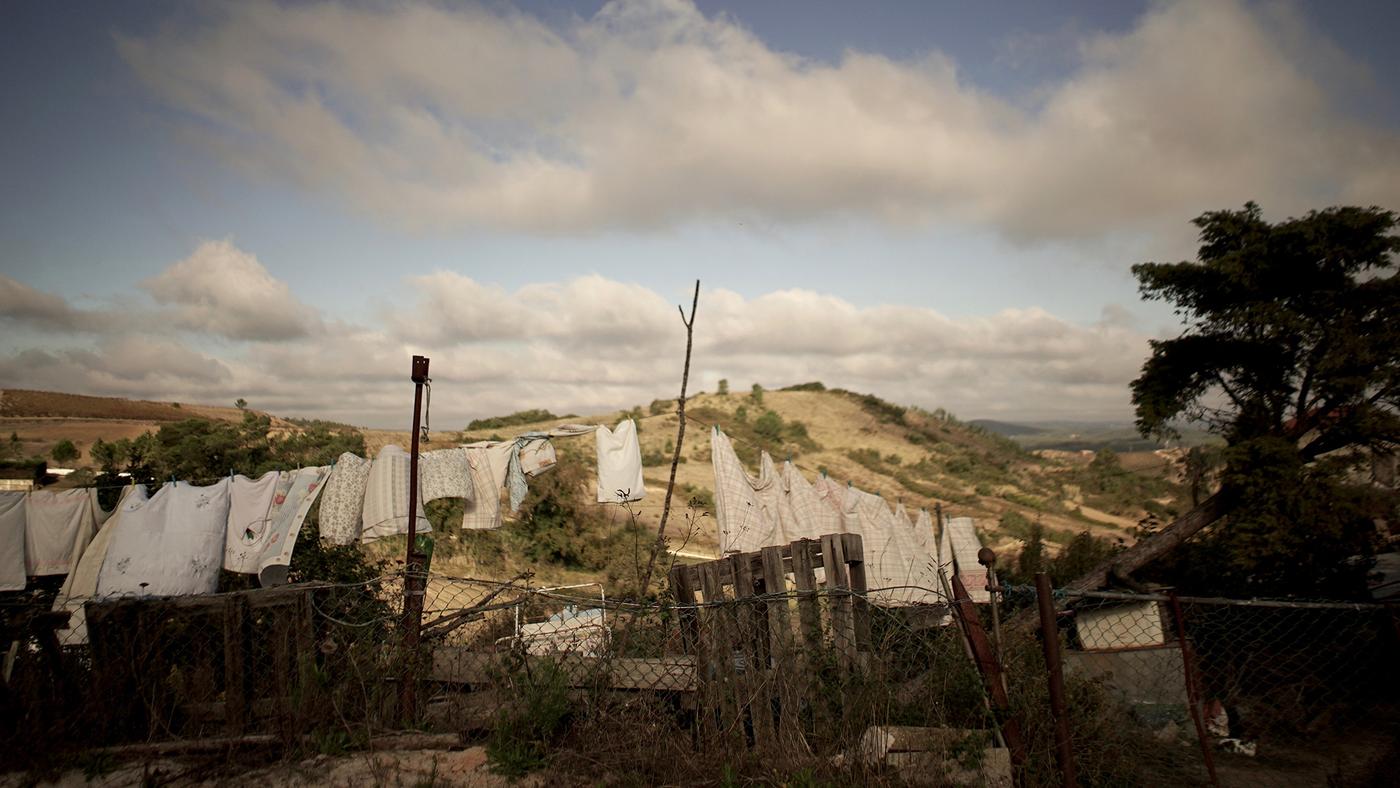 Portugal has wonderful roads, it’s an amazing underestimated cycling destination, it is coming out slowly but there are more surfers and wine lovers flying in than cyclists. I think it’s an even better destination for bike packers as the Portuguese are extremely friendly and it is legally allowed to camp anywhere you like, coffee is 80 cents, a beer 1 euros and you eat more than you can for not much. The country has an extremely surprising variety for such a small piece of land, amazing coasts and beautiful hills, a few mountains, and desert lookalikes. Here is a land of poetry and poverty and that’s a gorgeous, disarming melancholic mix, probably the source of Fado, a beautiful lament in the sun, a distorted radio-echo coming out of a garden, or a construction site, coming outbrave and shy in the light, doing its best to rough up the bulletproof sadness of the song.

Here is a land that has seen his men leave for far and unknown destinations, it built itself an empire out of the tiny western tip of the Old big Europe.

The Portuguese, as brave as discreet, as warm and generous as they are soft and delicate, Villages have names like Colaria, Ventosa, Chaos, Eeira, Soltaria, town sign haikus as I like to see them, you can make your route just joining them into a line of gorgeous sounds. I made mine just like that. It was a song of longing in the sun, Saudade as they say it.

I’ll be back for a faster version but the tempo should remain slow.