Like with stainless tubing, they were able to make the wall thicknesses extremely thin due to the material being so hard-bodied and robust. In reality, this super hard material was super hard to work with. It ruined cutting tools and they weren’t able to custom butt it in small enough quaintness to make it worth it for the big A (Alcan). If anyone knows what shop these frames were made in, I would love to know. I’ve heard Kenesis perhaps. Look at that brake bridge! 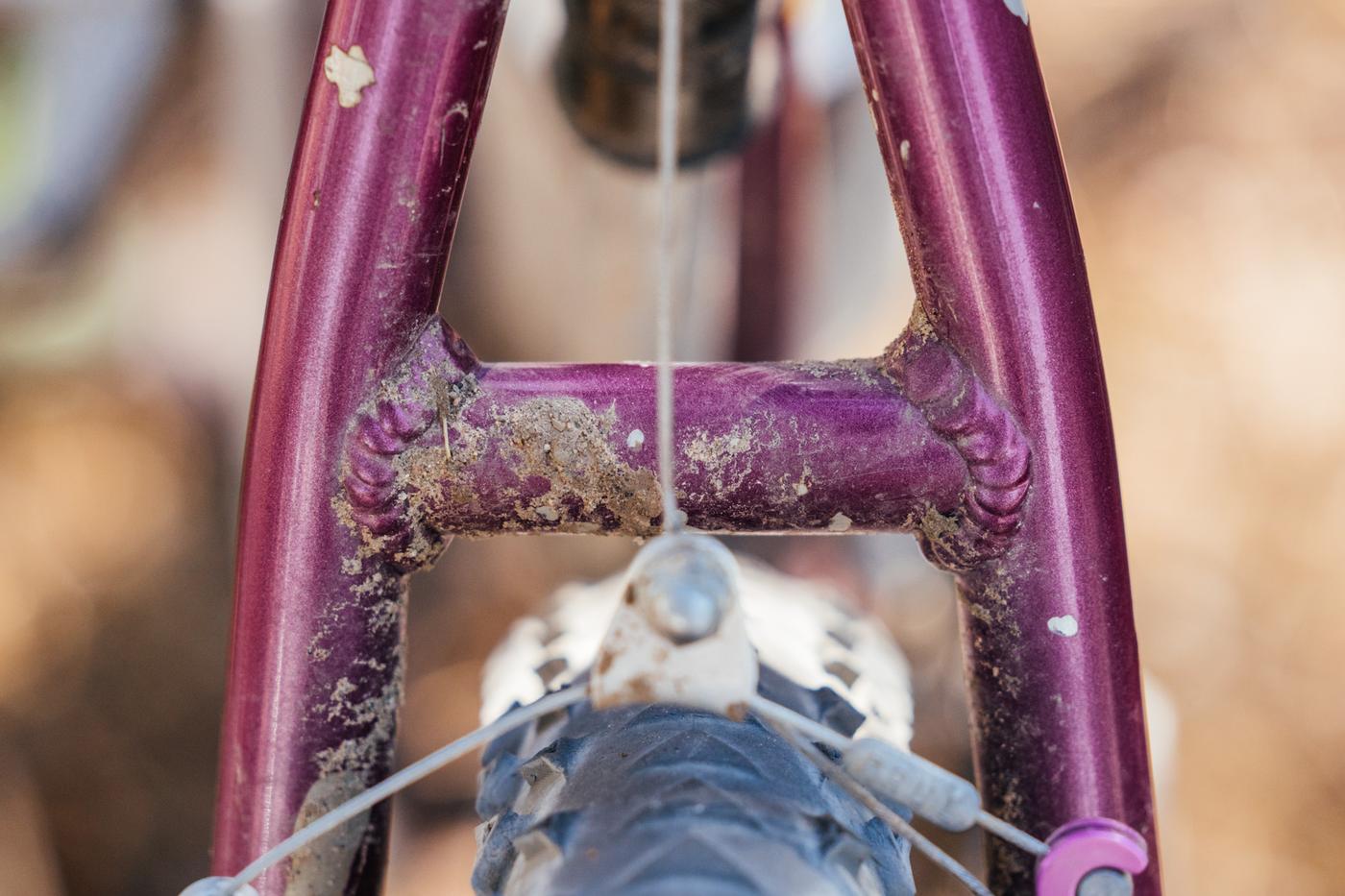 These frames were notorious for their stiffness, yet IMO it’s mostly hyperbole. When these bikes were en vogue 25 years ago, they were ridden with 1.9” tires pumped up to 40 psi with pogo stick handlebars and an ass hatchet hard saddle. This is a recipe for the high feedback riding experience many would associate with aluminum bikes. My opinion is, when utilizing high-end flexible tires at educated pressures, wide springy handlebars, and a well broken in titanium B17— you don’t even feel the frame. This is a hyper-lite ultra-low geared comfy ATB bike that’s extremely capable. In the 80s/90s they would call this “Xtreme comfort” and make a Mountain Dew commercial about it. 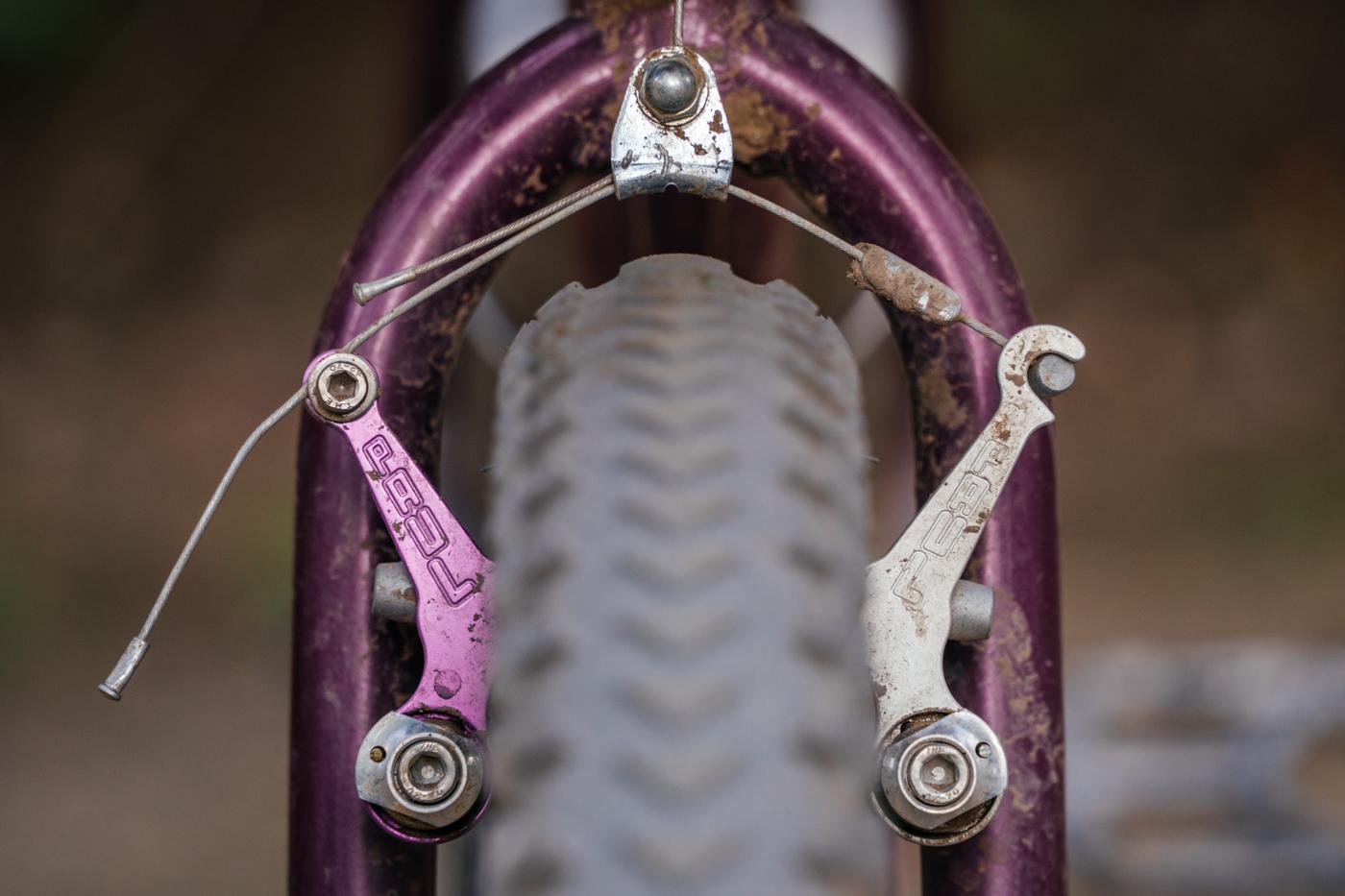 This “purple haze” Duralican is my 5th Specialized Metal Matrix Composite frame; my previous being a yellow S-works M4 purchased new in 1999. My first was a rigid matte light blue Stumpjumper in 1995. I began racing on that one and did okay enough to get my first free frame in 1997; an S-Works team red M2 hardtail just like Ned’s. That bike went out west with me for the first time and actually pedaled with Ned Overend as I filled in for his clothing company, Boure, for a few weeks in Durango. 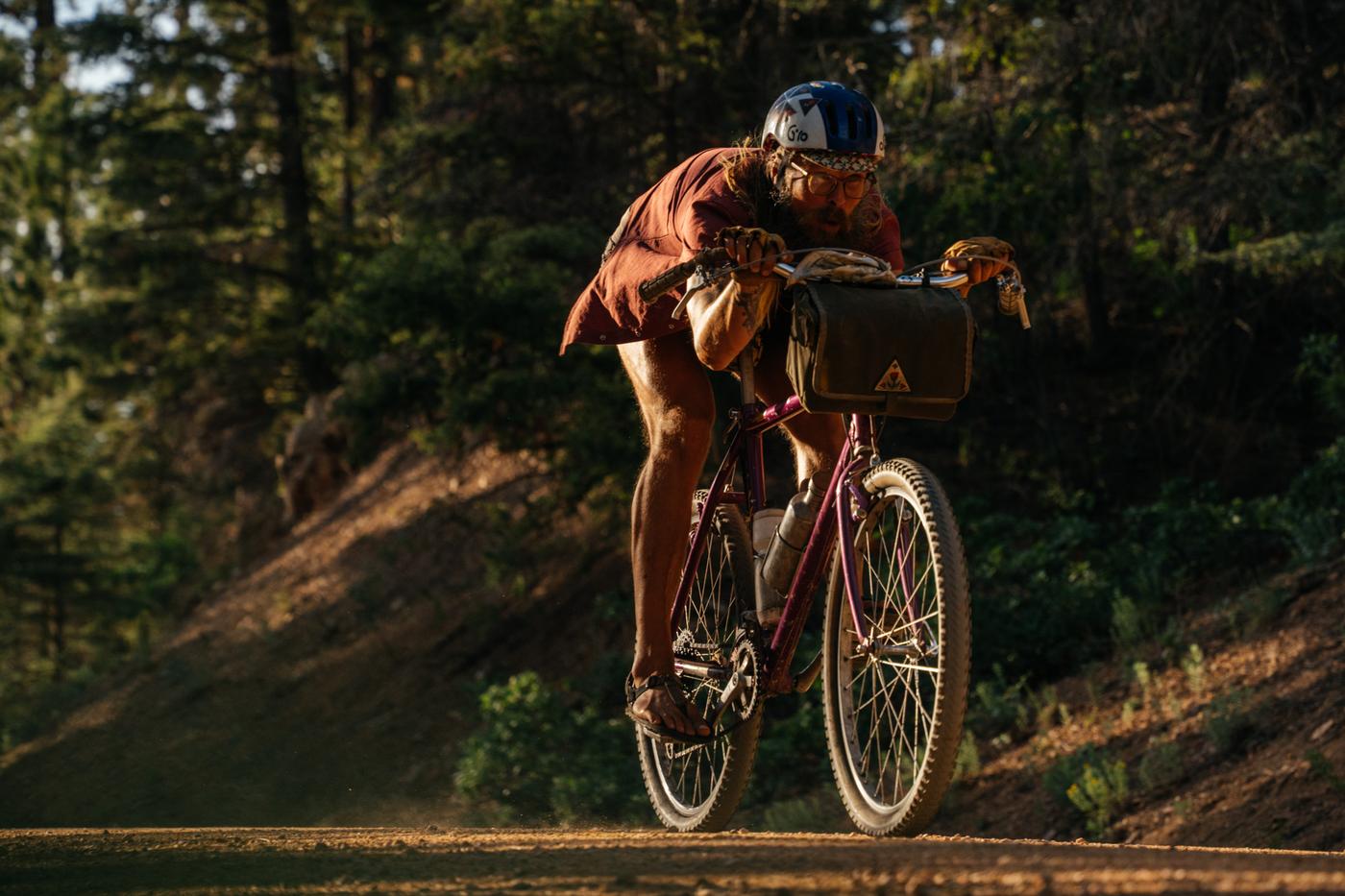 I made them waffles each morning. In 1999 I purchased my only full sus bike (since Ned had one)— the S-Works FSR-XC in team red. This bike went with me to Durango for college, and the welds on the swing arm gave way a month later. They replaced it, but it never really worked right. I proclaimed full suspension to be a failed experiment of the bike industry and moved on. 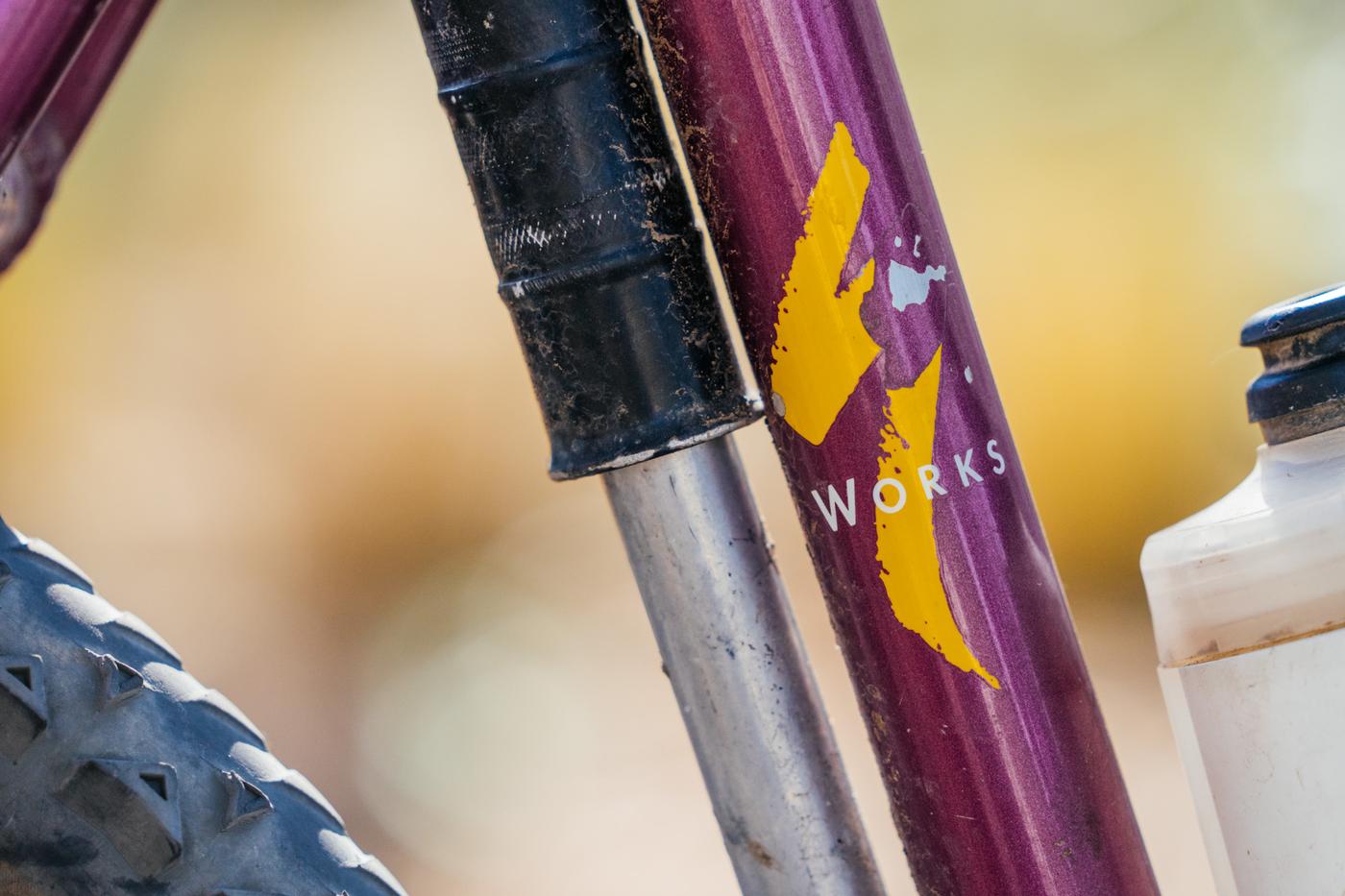 I had reviewed these bikes extensively on MTBR.com and flipped them on the same site sometimes months apart at just below retail. This caught the eye of some big S cyber detectives, and they contacted my shop trying to get them to fire me. What ended up happening was that I only lost my employee purchase pricing from Specialized, thus ending my early proximity to their orbit. Ha! 15 years later they’d hire me professionally to be a camping ambassador. 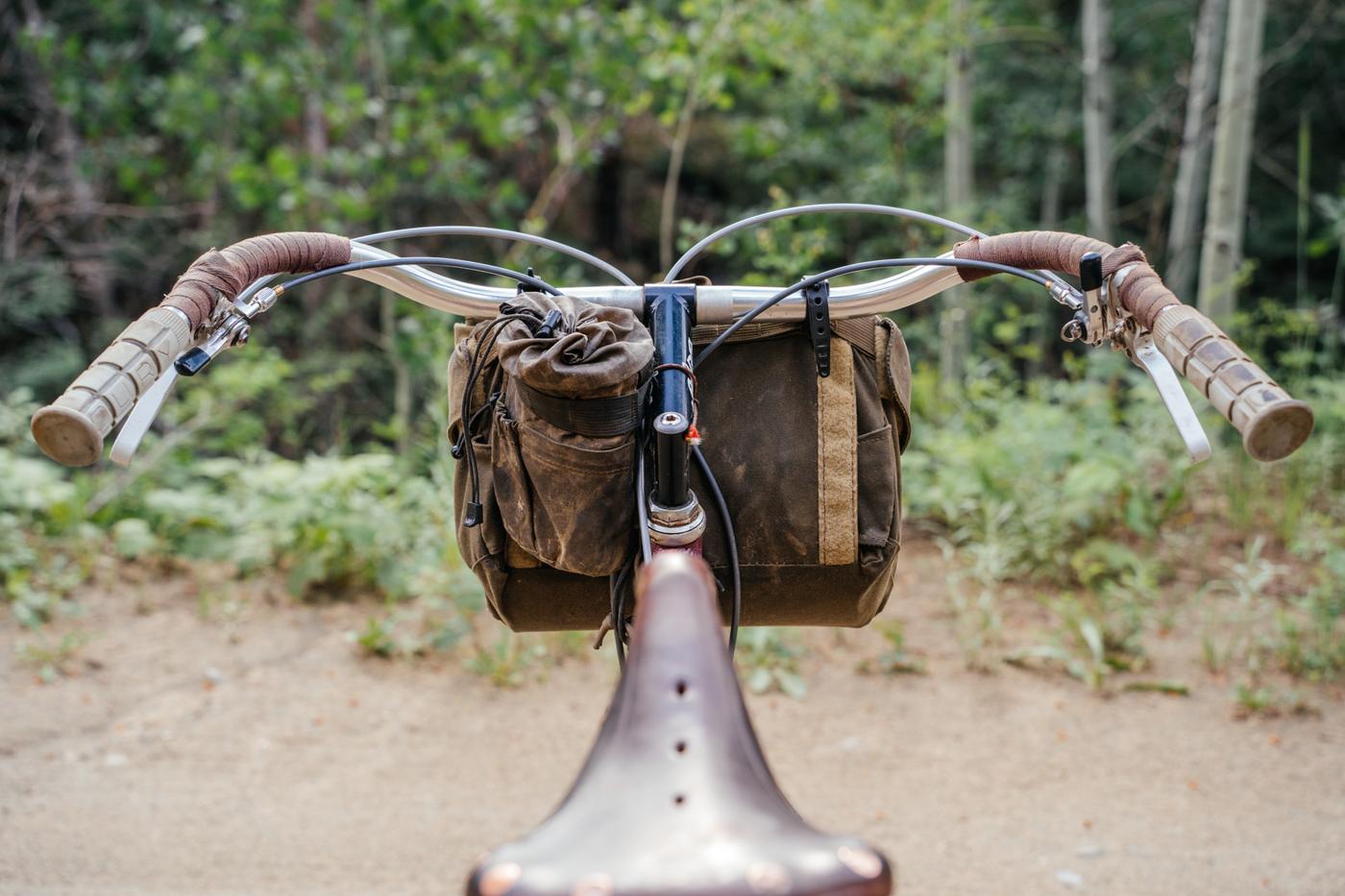 This particular iteration is a far reach from the rather contemporary and sleek (for the times) XC race setups I specced on my S Works’s of the ’90s, yet many parts would be the same as what I would have preferred for the time. Handsome, lightweight components manufactured to standards virtually unheard of in the modern bicycle industry; many of which are still considered very lightweight by today’s standards. I built this bike to comfortably go up and over mountains/hills/things, so it needed to be lightweight and nimble enough to sling over a shoulder and navigate steep and tight terrain. This forgotten package of ancient alloy composite is every bit as capable of an off-road companion as anything you can piece together today and is currently my favorite bike.

The full build-out of this bike is an astonishingly portagable and portable 22 lbs —- that’s the call of the Duralcan! 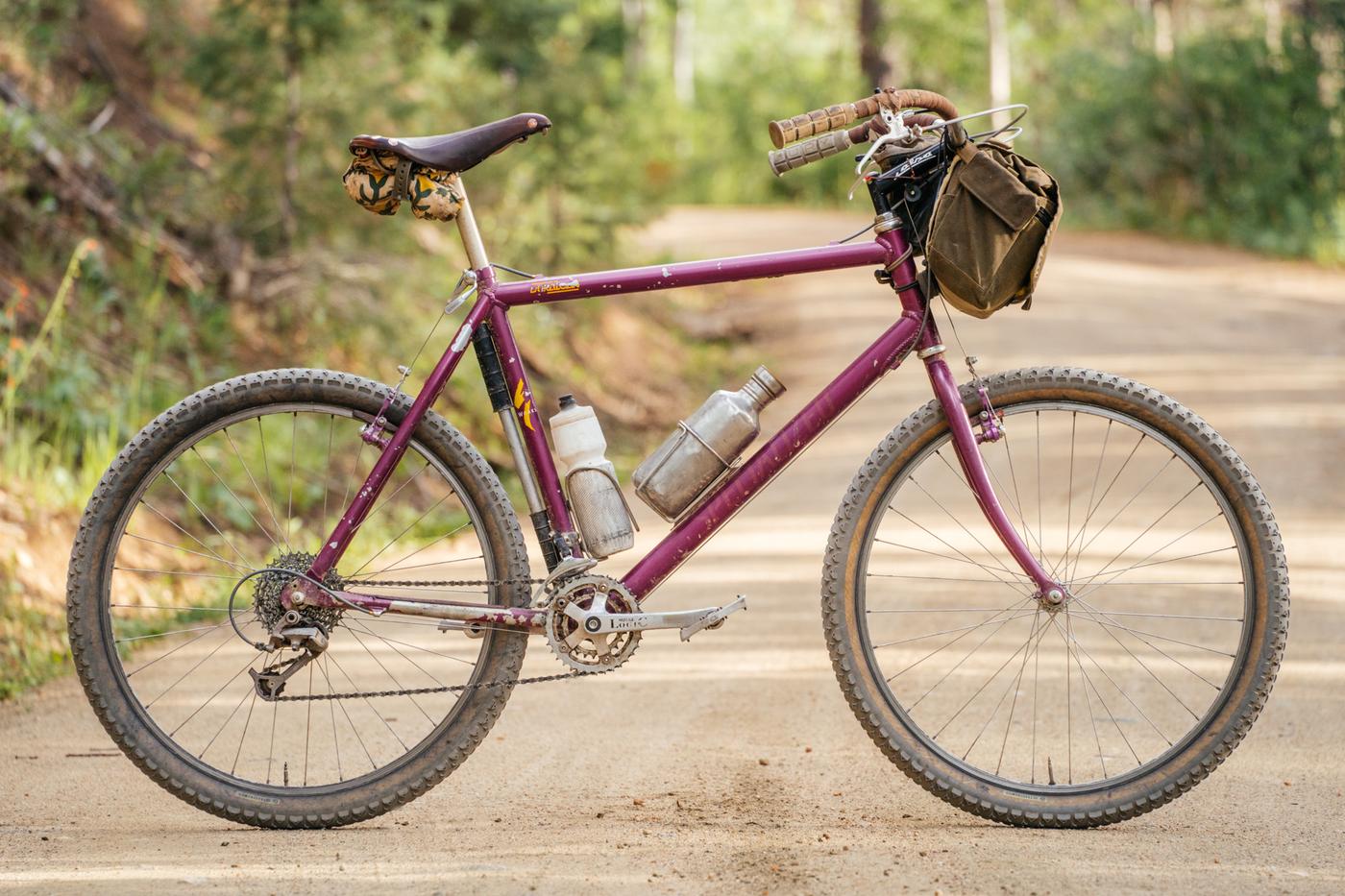