The 970, one of the last made in the USA, lugged MTB frames ever produced by Trek. In recent years, there has been a resurgence in interest for these bikes. Especially seeing as how a XO-1 can set you back a pretty penny. They’re Wisconsin-made, rugged and actually pretty lightweight, considering. Frames can be found on eBay for around $200.

These bikes are one of the best options out there for those looking for to convert a 26″ MTB to a full-bore 650b Shred Sled. Which is exactly what Benedict began doing a few years back. After procuring the frame, he immediately stripped it, then acquired new decals and treated it with shellac. 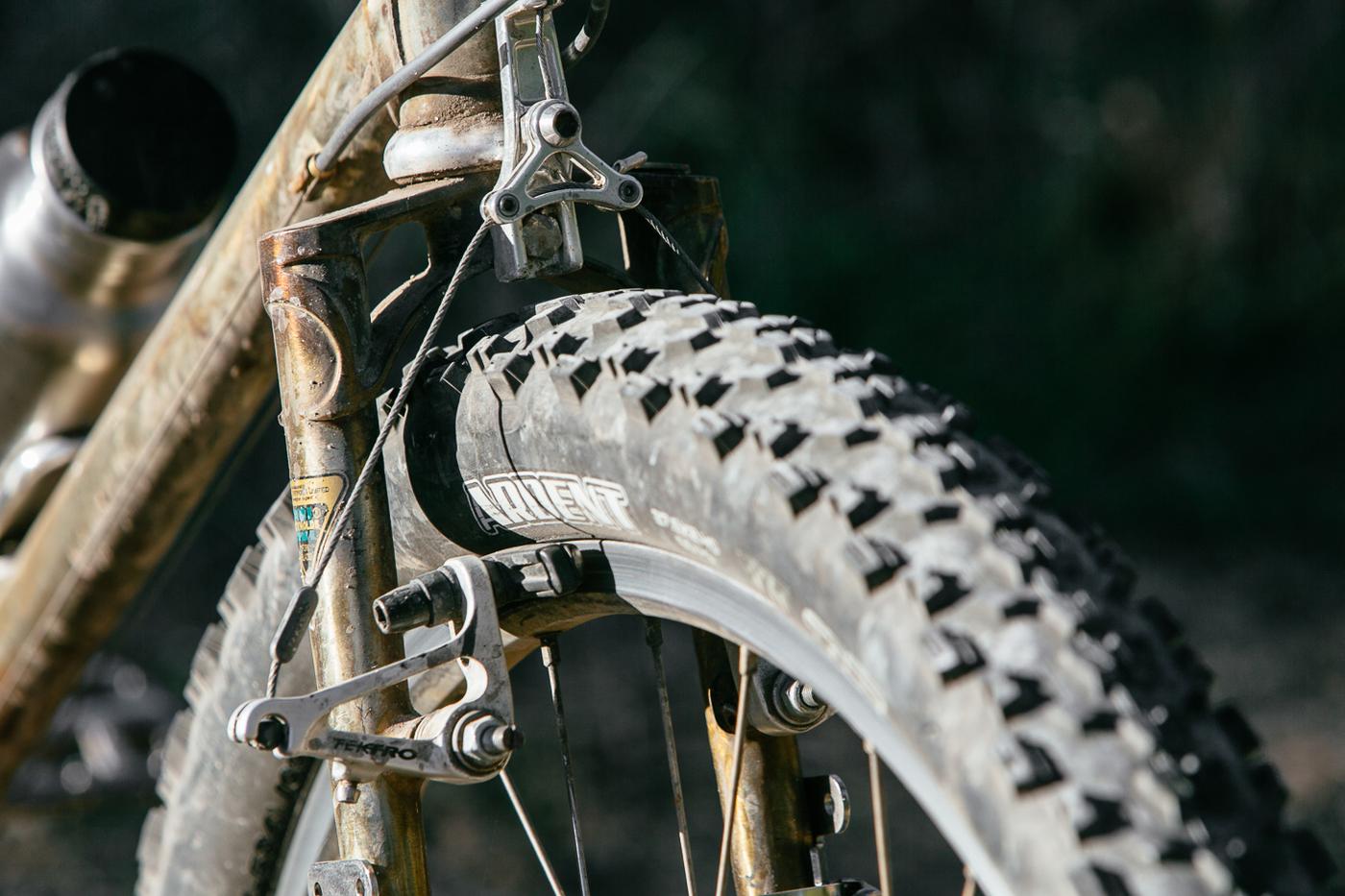 Next up: the fork. He wanted to keep the frameset Wisconsin-made but needed an upgrade to replace the stock unicrown. Clockwork did the job for around $200 – a Pacenti crown, with a nice, classic bend to the blades. From there, it was pretty straight forward: Suntour Cyclone rear derailleur, XT front, XTR cranks, Suntour power thumb shifters, Nitto post, Brooks saddle, Tektro cantis, Bullmoose bars and some older 650b wheels a friend gave him. Oh and a Campy Record 10 speed chain, drizzled with garlic-infused, extra virgin cold press olive oil, because what else do you lube a Campy chain with? 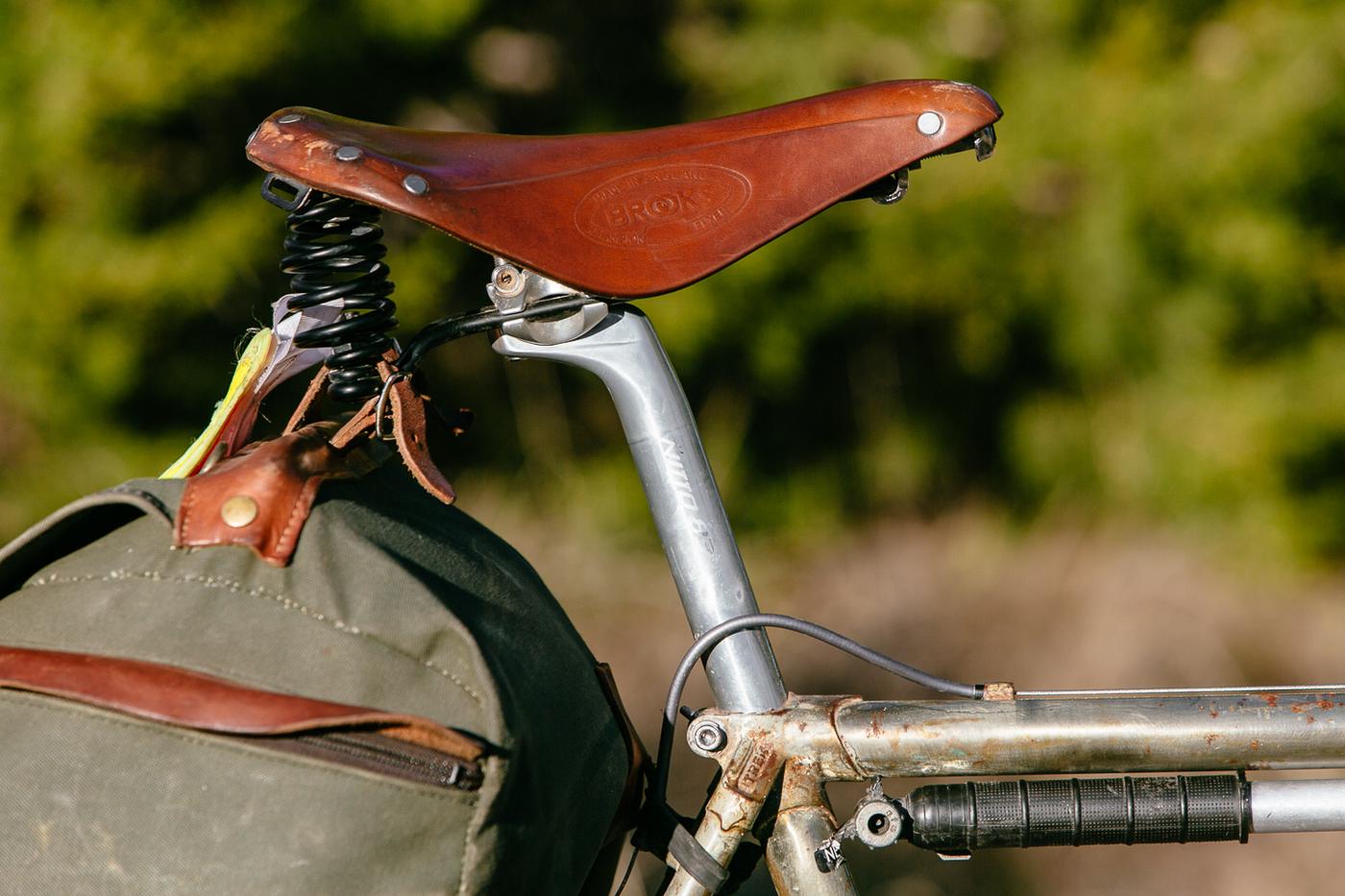 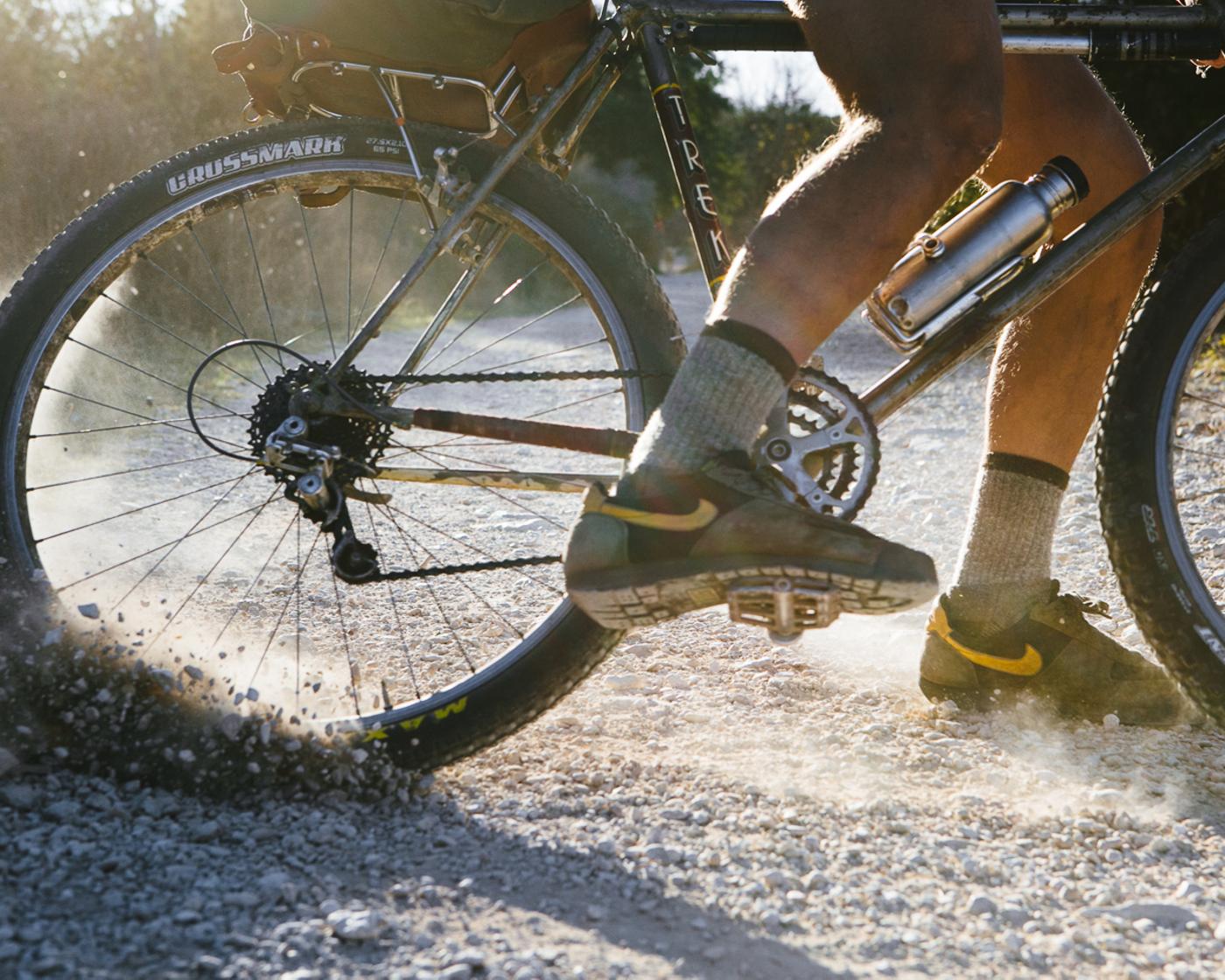 With all those details, most people would scoff at the thought of riding in Austin on it, with its rocky and technical trails, but little do they know, the captain of this shred sled is a master at roosting. Besides, he’s got a lucky penny on the fork crown! 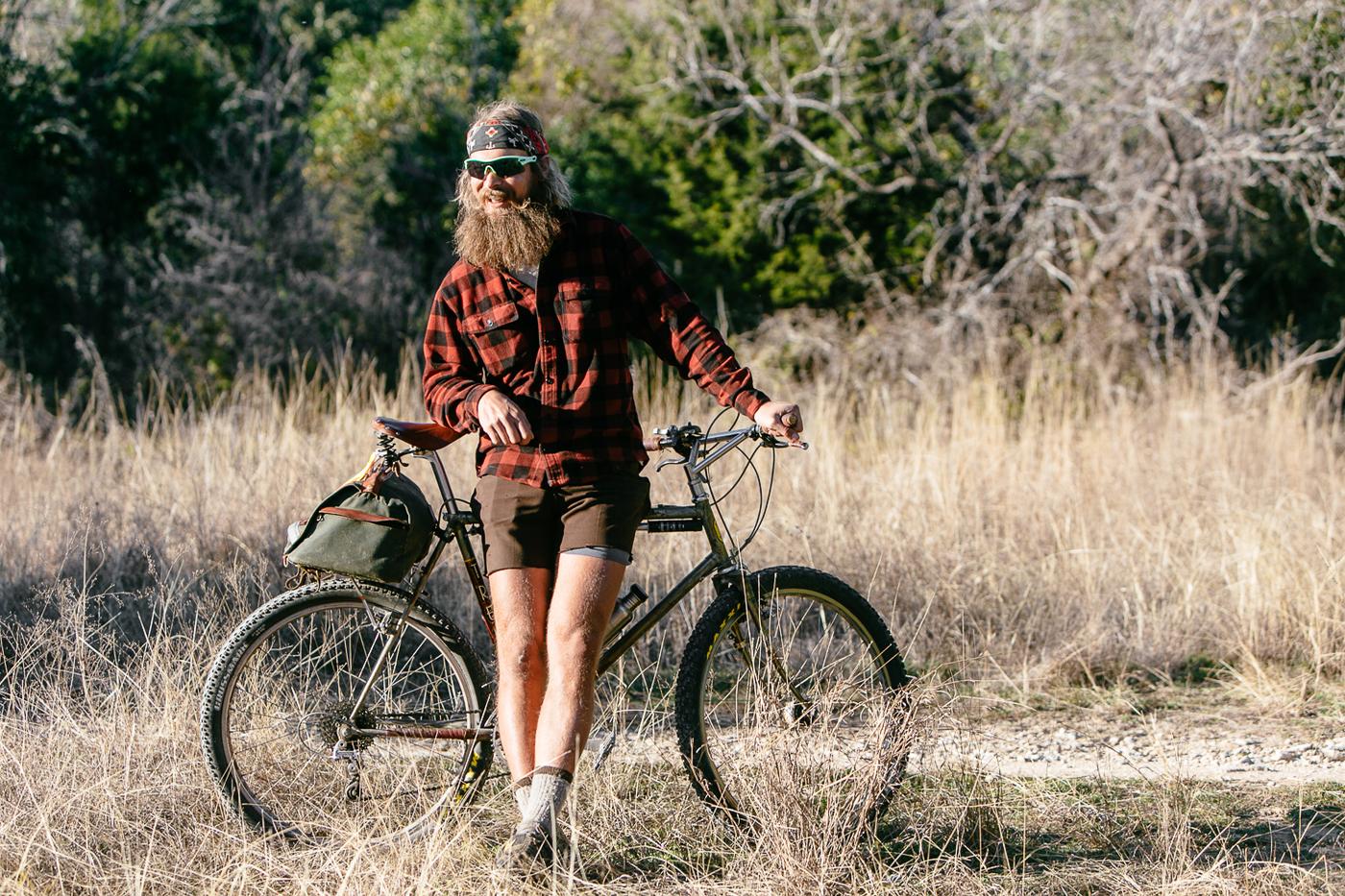 I don’t really know what else to say about this bike, especially since the photos do the talking! See more in the Gallery!