Recently, Los Angeles was invaded by some of cycling’s biggest celebrities and no, not Wiggo, Sagan, Vos, or Bryceland. The cyclists that found themselves hanging out at Golden Saddle Cyclery are from a different walk, er, roll of life all-together. These nomadic raconteurs favor dirt to pavement and fully-loaded bikes to ultralight carbon. Not to mention, they’re always on the hunt for the latest cycling expedition, which brings me to Los Angeles…

Benedict, his lovely partner Nam and many others rolled into town to hang out, ride bikes and soak in the big city living before heading out for their forty days journey along the Baja Divide. We’ve seen a little bit on that route so far, and since so many of our friends are on the ride with cameras in tow, I’m sure there will be more on that at a later point in time. 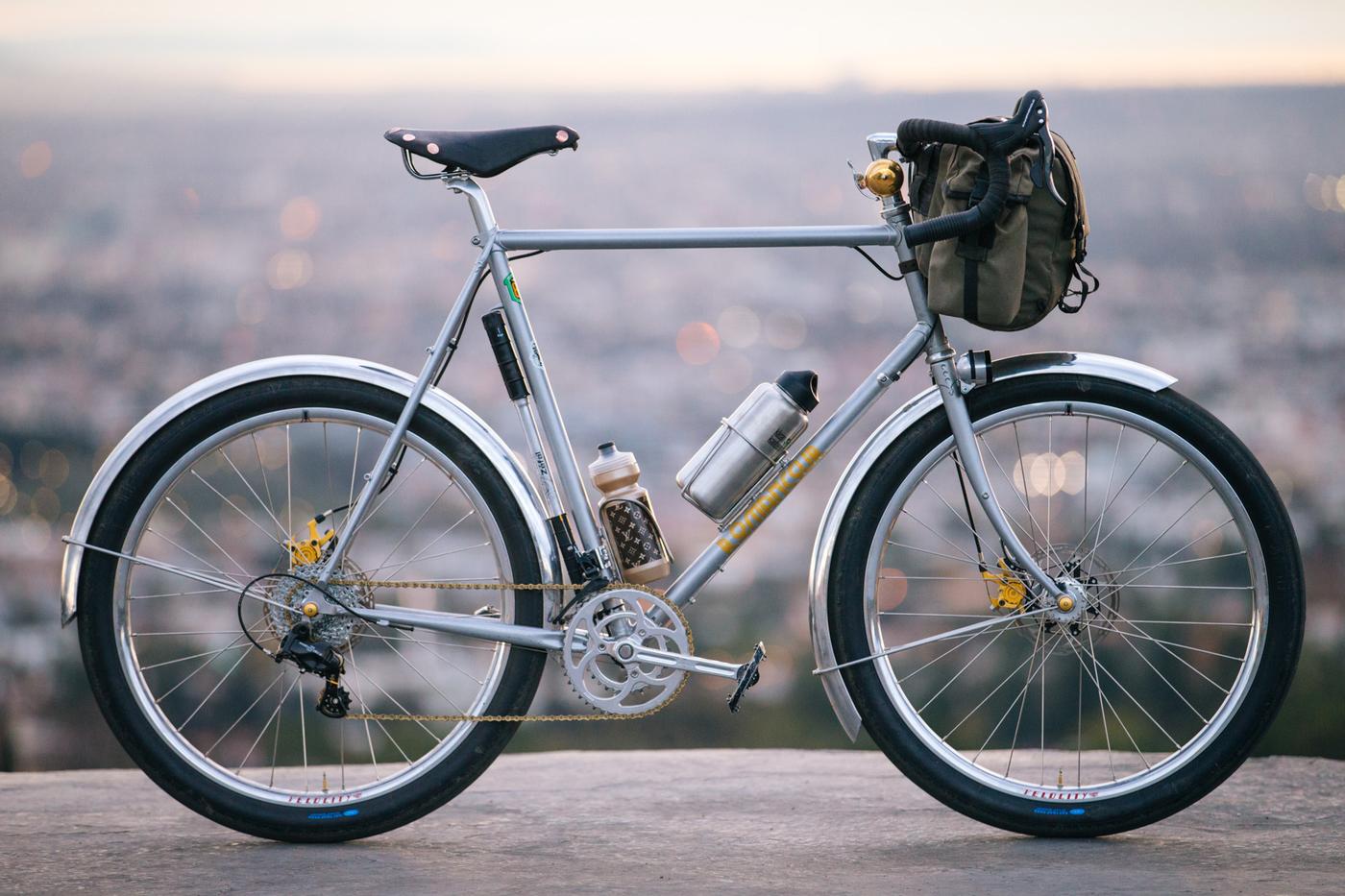 So, back to Poppi, or Benedict, or Ultra Romance and this bike. Bene met Matt from Crust Bikes on the road at some point. They began talking bikes, how this idiosyncratic world we all love and live in doesn’t address the many nuances desired by the two of them. Conversations turned to drawings, which then turned to numbers and finally a sample of the Romanceür was born. A touring bike with disc brakes, low trail, ample tire clearance and the ability to ride a 26″ – 29″ wheel, depending on tire size.

Poppi rode this sample like the noble steed it was throughout the United States before giving it his seal of approval: a thumbprint, smeared with freshly cooked garlic. Months later and the framesets were available for pre-order on Crust Bikes. Poppi smiled. Matt smiled. Customers smiled. All was well, yet Poppi felt the Romanceür needed something extra special. Something sinister. Something…. 66.6cm wide. Along came the Leather bars:

“In my 21 years of life I lived through the MTB craze of the 90s. Stems were 140mm long, and handlebars were 50cm wide. It was weird, but we were all too busy sketchy skidding our 26×1.9 smoke/dart combos down hiking trails to really complain. Flash ahead to the normalized MTB world of 50mm stems and 800mm handlebars that we live in today. Why do they get to be so verily comfortable while our slumped, pigeon chested bodies are negated to 38-46cm “wide” bars??? WHYYYY????”

You can check out the above link to read Poppi’s list of benefits from riding such a wide bar and while it might seem like propaganda, you should know that pro-cycling extraordinaire Taylor Phinny has endorsed this setup. Not officially, because, ya know… but he smiled and said the bike was “fun!” 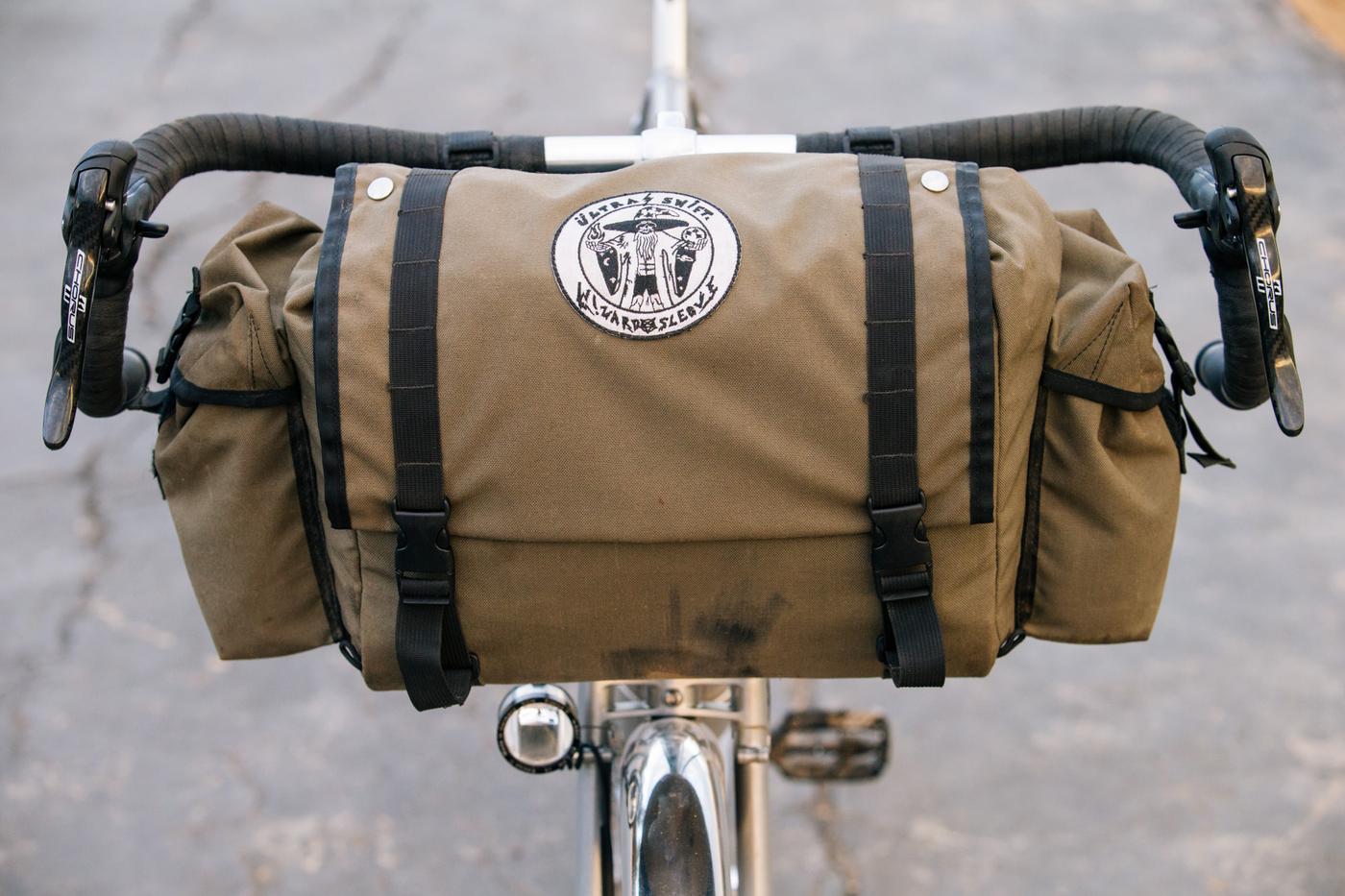 With a bar that wide, you’re opening up cargo capacity even more, which is where the Swift Industries “Fabio’s Chest” (previously called the Wizard Sleeve, but changed for obvios reasons) bag came along. So here we are, looking at this bike, with those tiny wheels, big tires, wide bars, big, cavernous bag, gold anodized Paul Klampers, a 1970’s Brooks saddle, Herse cranks and fuckin’ Campagnolo 11 speed, asking ourselves, “my god man, what have you done!?!” 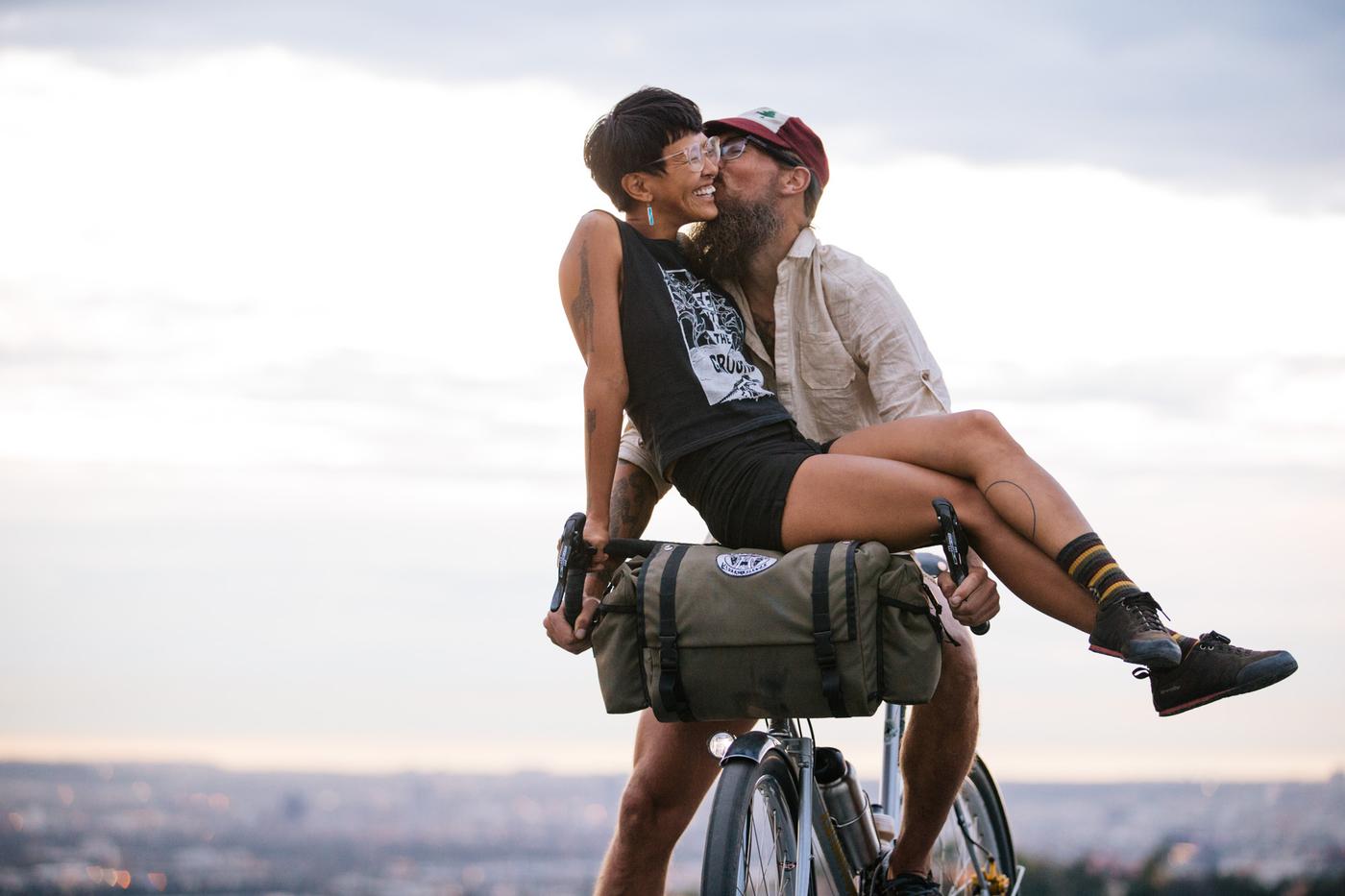 Well, I don’t have an answer to that, but what a way to ring in the New Year here on the Radavist… And uhh, sorry for the lack of risqué photoshoots this round, but ya know, Poppi has settled down a bit.