What makes a bicycle, Lebowski? Is it the components? The frame? The paint? For Ronnie, he wanted to make the most stylish gravel bike ever and he knew he couldn’t use an actual, modern gravel frame. No, that would not be sexy. No new gravel bikes are sexy. They’re all carbon anyway. Instead, he looked to shave some pounds and up the style points with the ultralight Crust Bikes Lightning Bolt frameset. Yes, gasp. That’s a randonneuring bicycle. Not a gravel bicycle. What is this abomination? 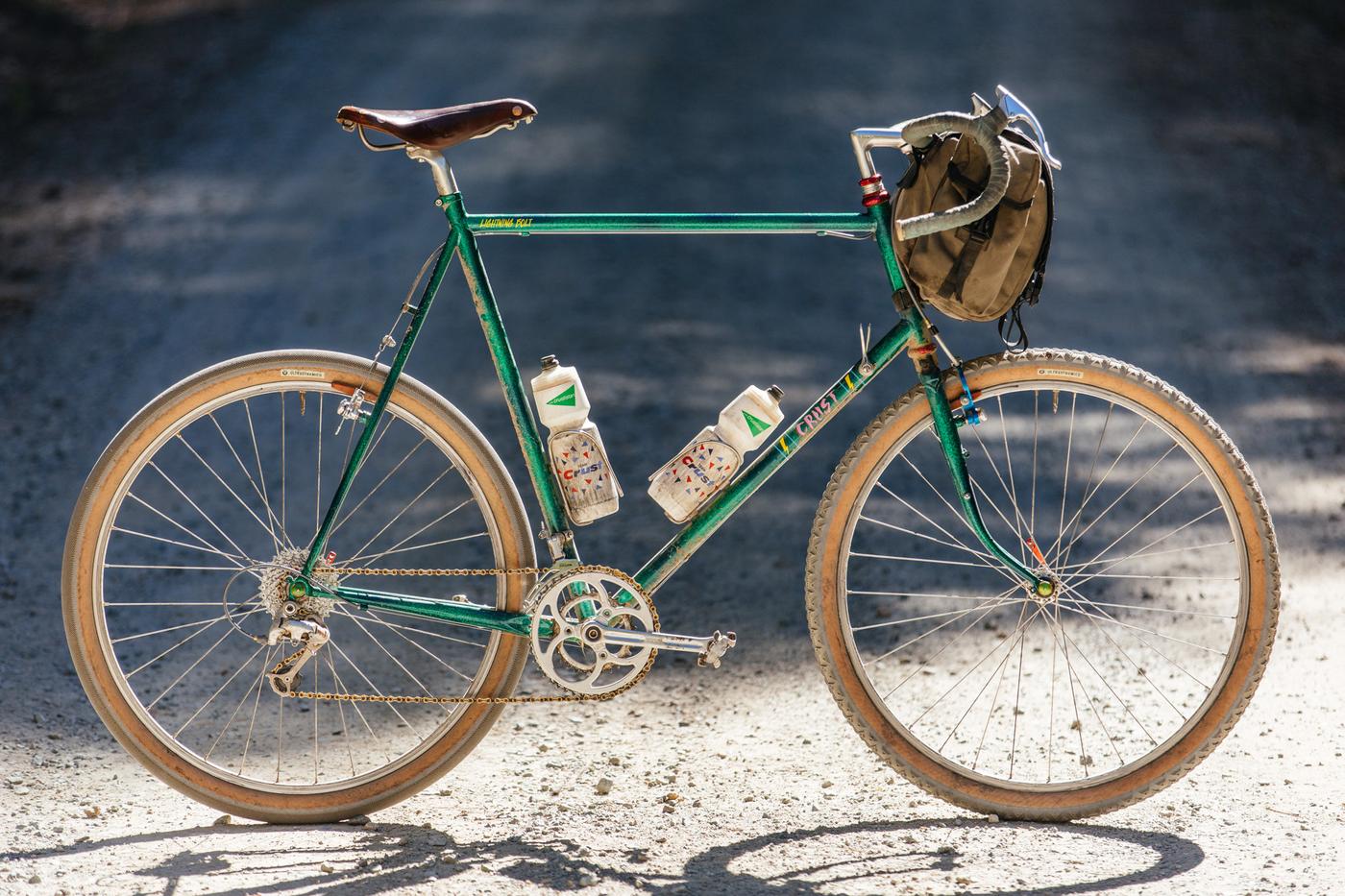 It all began with a 9 speed rear derailleur and an 11-speed Campagnolo freehub. Surely, that would work, right? Count them yourself. You see, Bené has had these wheels – Pacenti P23 rims laced to Campagnolo Record hubs – for years. At least 5 years. Those rims were recalled and had a 160lb rider weight limit. 5 years is eons in the bicycle industry. Did he lace them with linseed oil? Where are the disc brakes? What? No straight-pull spokes?! This explains the Back to the Future time machine of components. From the Suntour Cyclone front derailleur, arguably the oldest part on the bike, to the Ultegra rear derailleur, Simplex shifters, Rene Herse cranks, Suntour Superbe levers, Nitto post, stem, Paul Skewers, Paul Neo Retro cantilever rear, with a Mini Moto front, all the way to the Crust Bike Towel Rack Bars, he’s chosen the best components from each era and I haven’t even gotten to the tires yet! 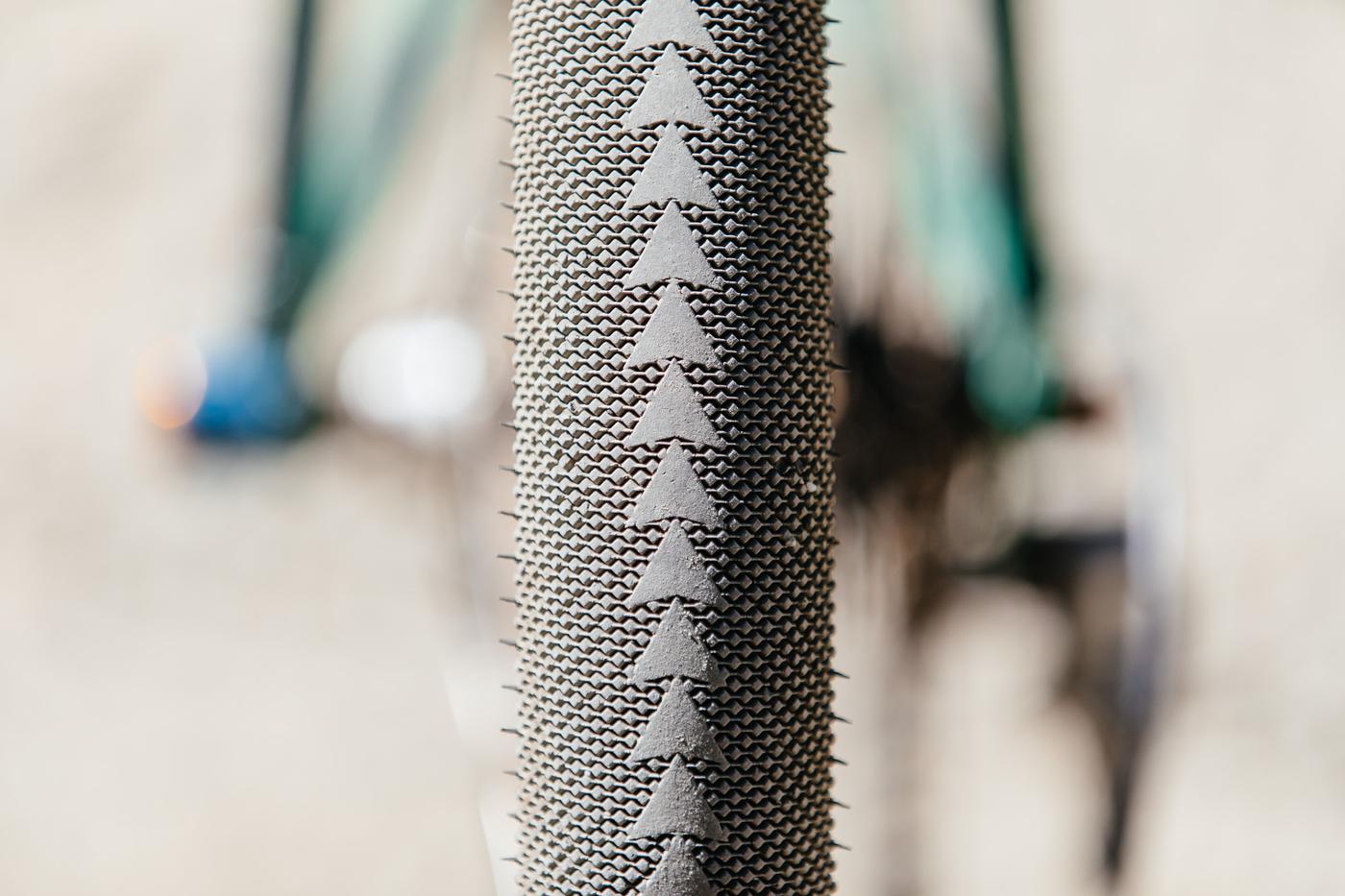 Named after a Spanish wine, that Ultradynamico Cava prototype rear tire is a file tread, that is just big enough to not affect the geometry of the bike when a Rosé tire is run up front for maximum grip. This farm to rim rubber is exquisite. 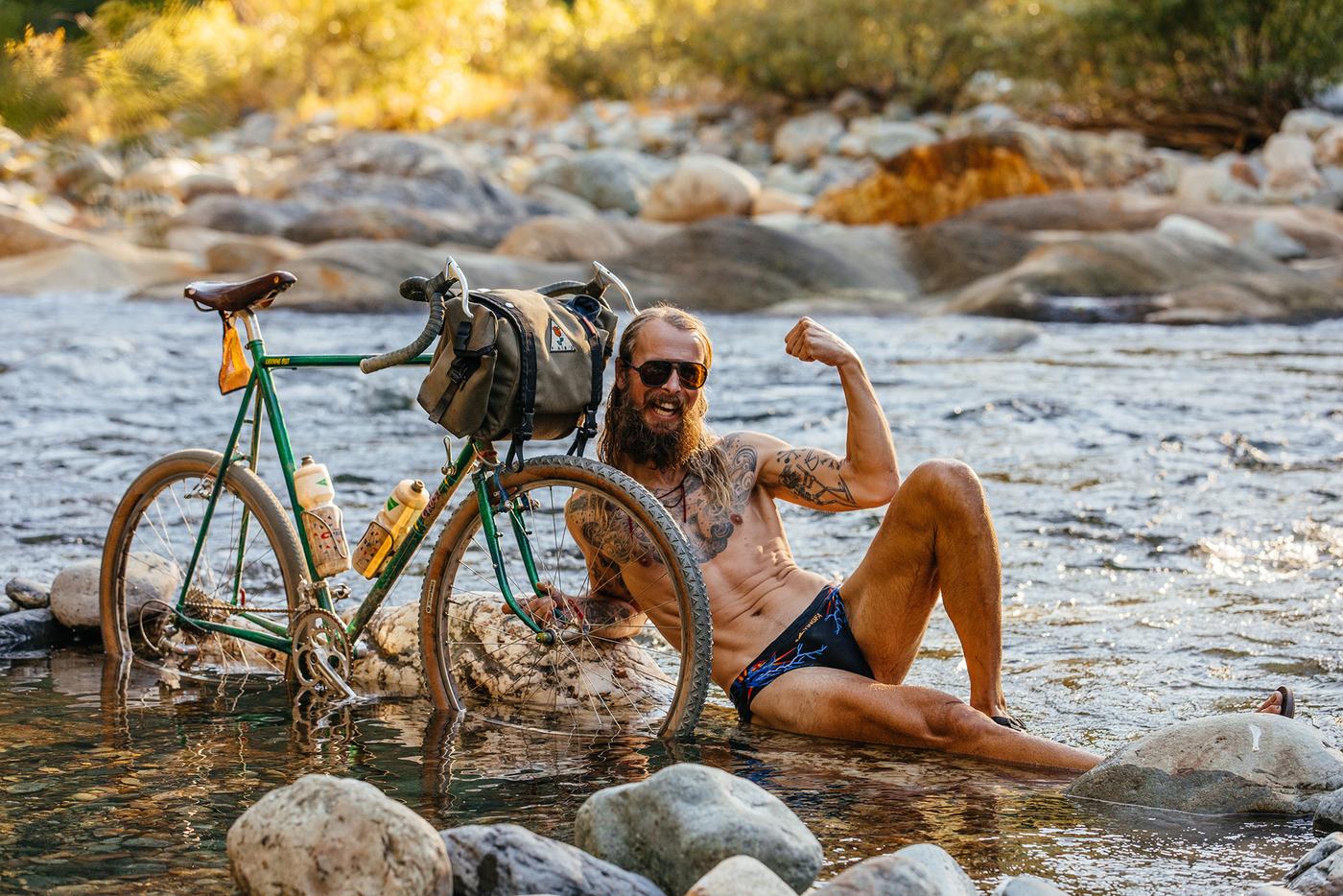 Yes, a hard body has no need for a hard bicycle. The bicycle must gleefully float over all denominations of surfaces and that’s why a randonneur bike makes for the perfect gravel bike. They plane.  If it worked for road bikes and cross bikes, then why wouldn’t that appropriation work here? Prove me wrong.

So how much does it weigh? Unscientific approximations and water cooler rumors aside, we tentatively guess in the late teens. Like Bené’s age when he first discovered that Suntour Cyclone front derailleur.