It’s the debate for the new millennia: carbon or steel for a mountain bike. But what about both? Sure, others have ventured into putting rigid carbon forks on a steel hardtail before, but you don’t catch sight of the reverse too often. Since signing with Specialized to produce his latest hair metal band’s new album on minidisc, Poppi acquired an S-Works Fuse 6Fattie to take on the Baja Divide route. While this was by far the lightest bike he’s ever owned, Bene decided early on that the Öhlins fork wouldn’t cut it for the desert rampage that awaited. As hard as it was to part ways with such a sweet bit of suspension technology, Poppi knew it’d be an issue hauling the amount of water needed for the Divide on a squishy fork with no braze-ons. 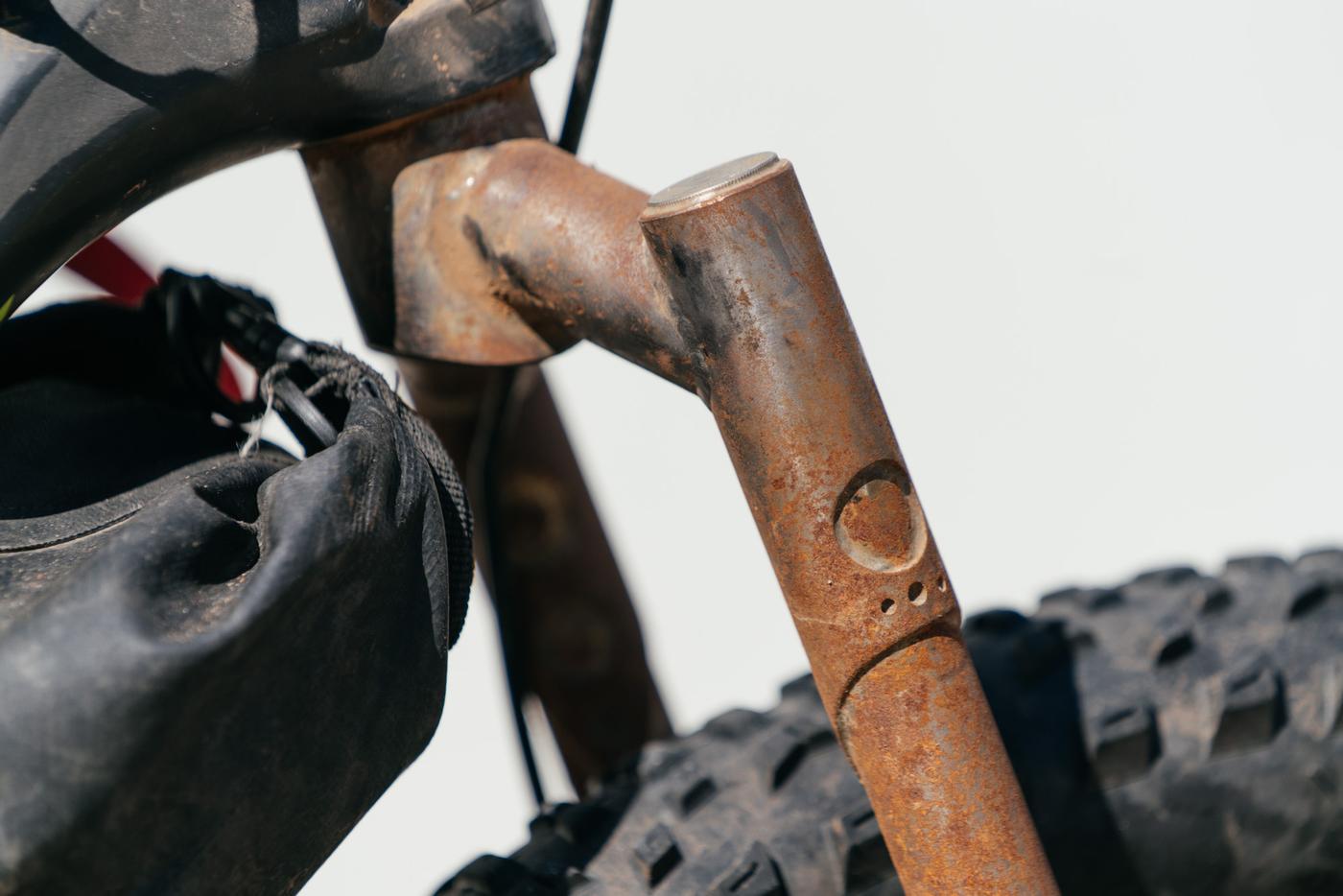 Not knowing what to do, he sent psychedelic waves through the internet, where they were received at Sklar Bikes‘ HQ in Montana. From there, Adam and Bene began chatting about a rigid steel fork for what would ultimately become one Romantical Baja Buggie. 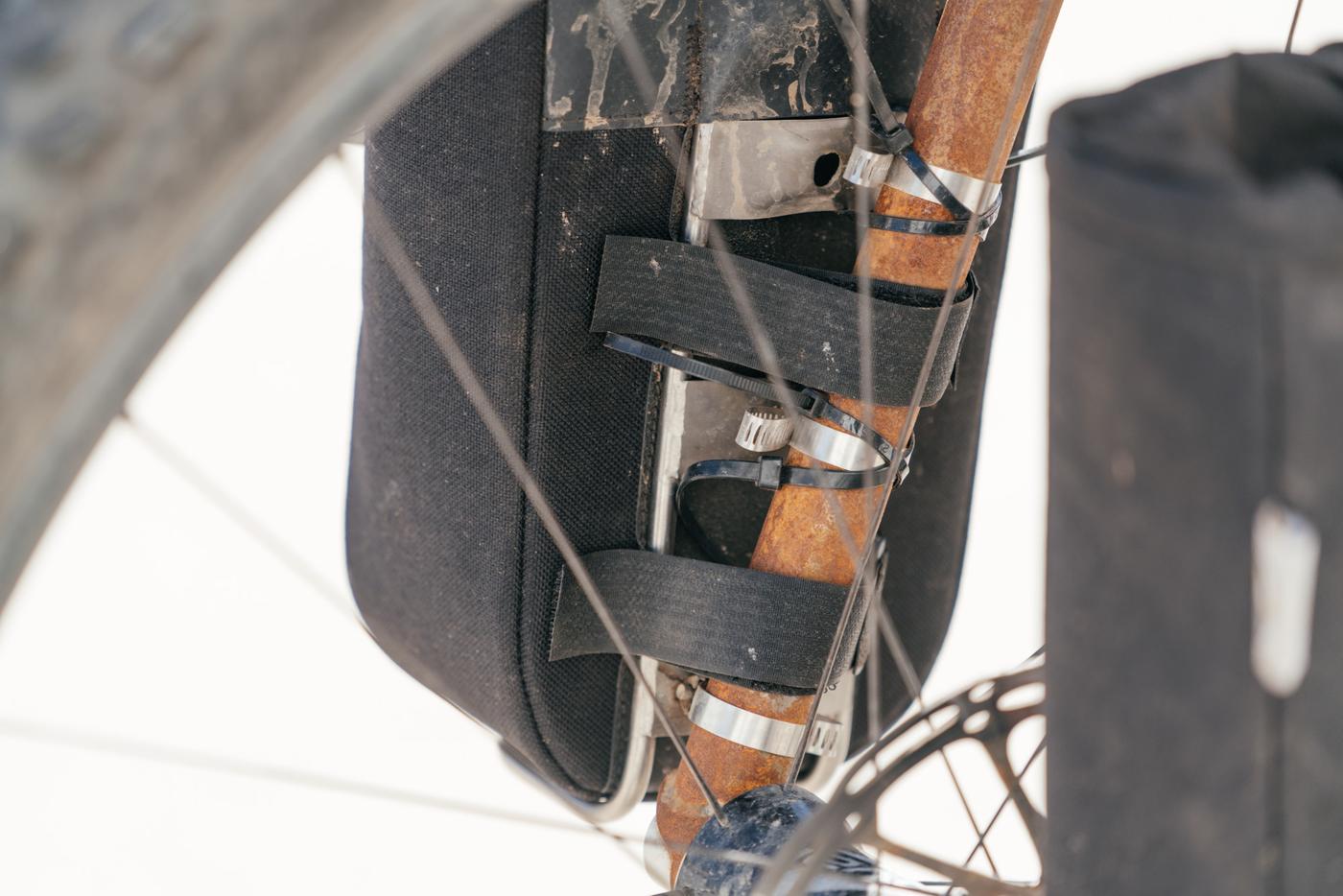 With braze-ons for days, US currency as the fork ends and a thrü axle, Popi would be able to haul his extra stuff and still have the compliance offered by steel on washboard roads. The King Cage Many Things Cage and Andrew the Maker bags provided the extra cargo capacity needed. Even though many on the Divide ran into problems with their racks and cargo cages breaking, Bene found the extra time to reinforce his the best he could on the trail with pipe clamps and zip ties. Whatever works for his S-Works! These bags, in combination with his downtube storage solution, Swift Industries Fabio’s Chest front and rear bags on Crust Bikes Leather 66.6cm drop bars, Benedict was able to stuff as many bags of Baja cookies and chips into his bikes’ every crevice. 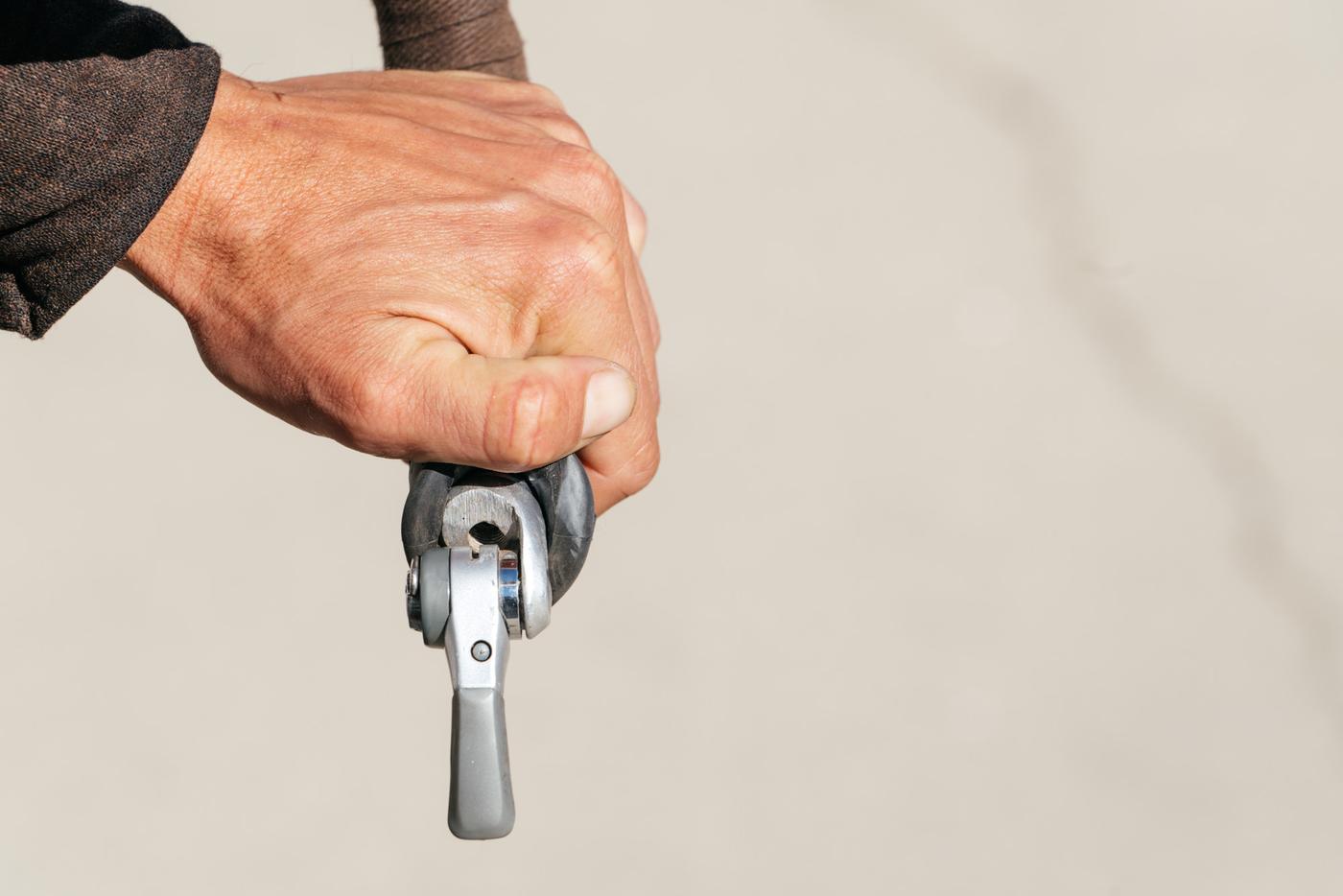 Now for the biggest bit of technological advancement: His friction shifting SRAM Eagle 12-speed drivetrain. By grinding down the lip on his barcon, he was able to flawlessly shift through all screamin’ twelve gears, making this one of the most unique rigid mountain bike tourers I’ve ever photographed. 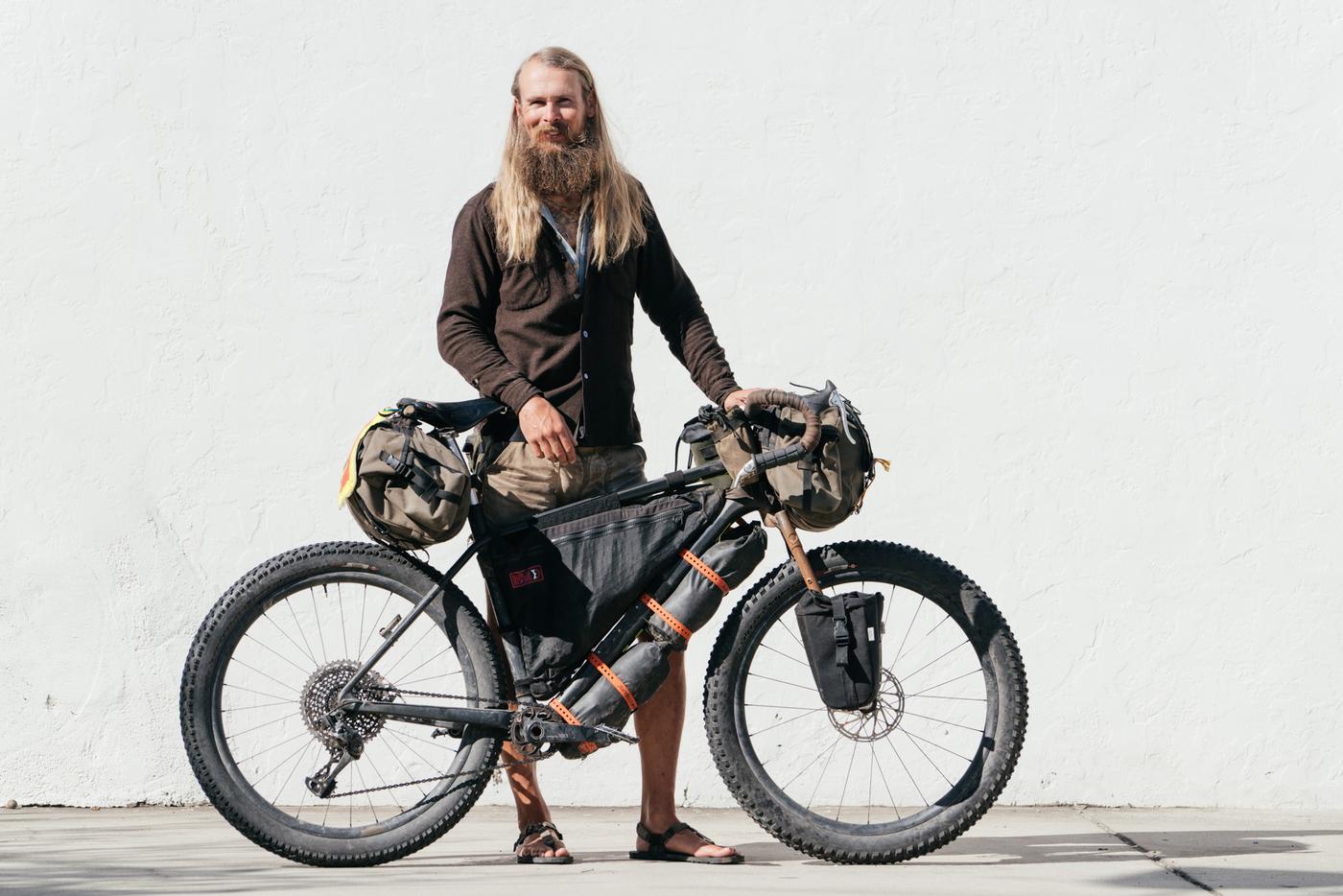 So what’s next for Poppi? Well, Nam and he are about to embark on a journey through the Los Padres mountains up to San Francisco for some Rice A Roni before heading back down south to begin his secret training for the Dirty Kanza. If you’re on the road and you see Poppi and Nam pedaling their rigs, be sure to offer up some chocolate – the darker the better – and a high five.