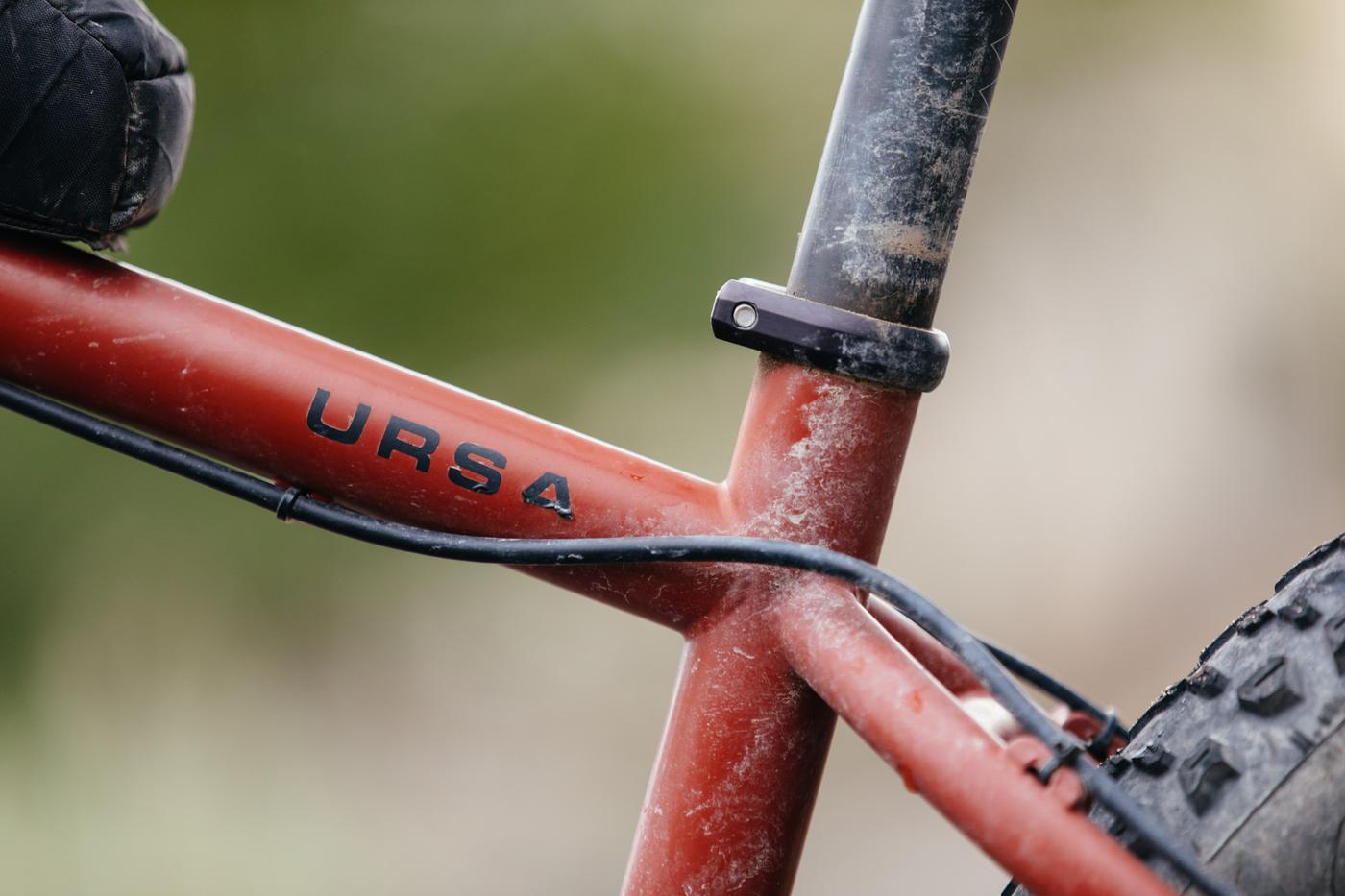 The Chumba Ursa was the brand’s flagship steel 29+ frame. It’s now archived, leading the way for the Sendero frame I reviewed earlier this year. Chumba made this frame specifically for the growing demands of backcountry bikepacking yet it was never limited solely to rompin around on double and single track. The Ursa, like all 29+ bikes, offered a new experience on familiar trails with extra chubby rubber and resultant traction. 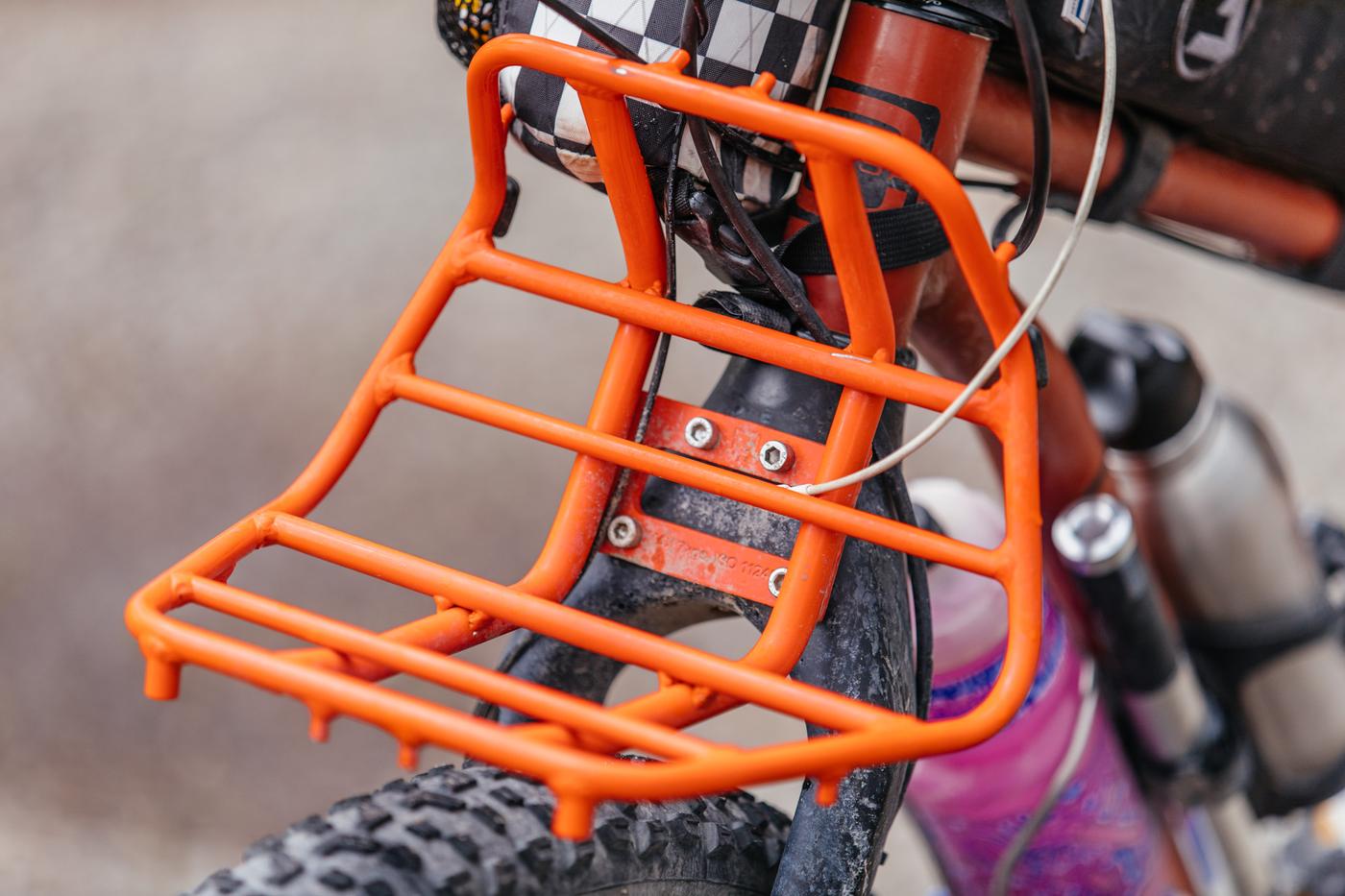 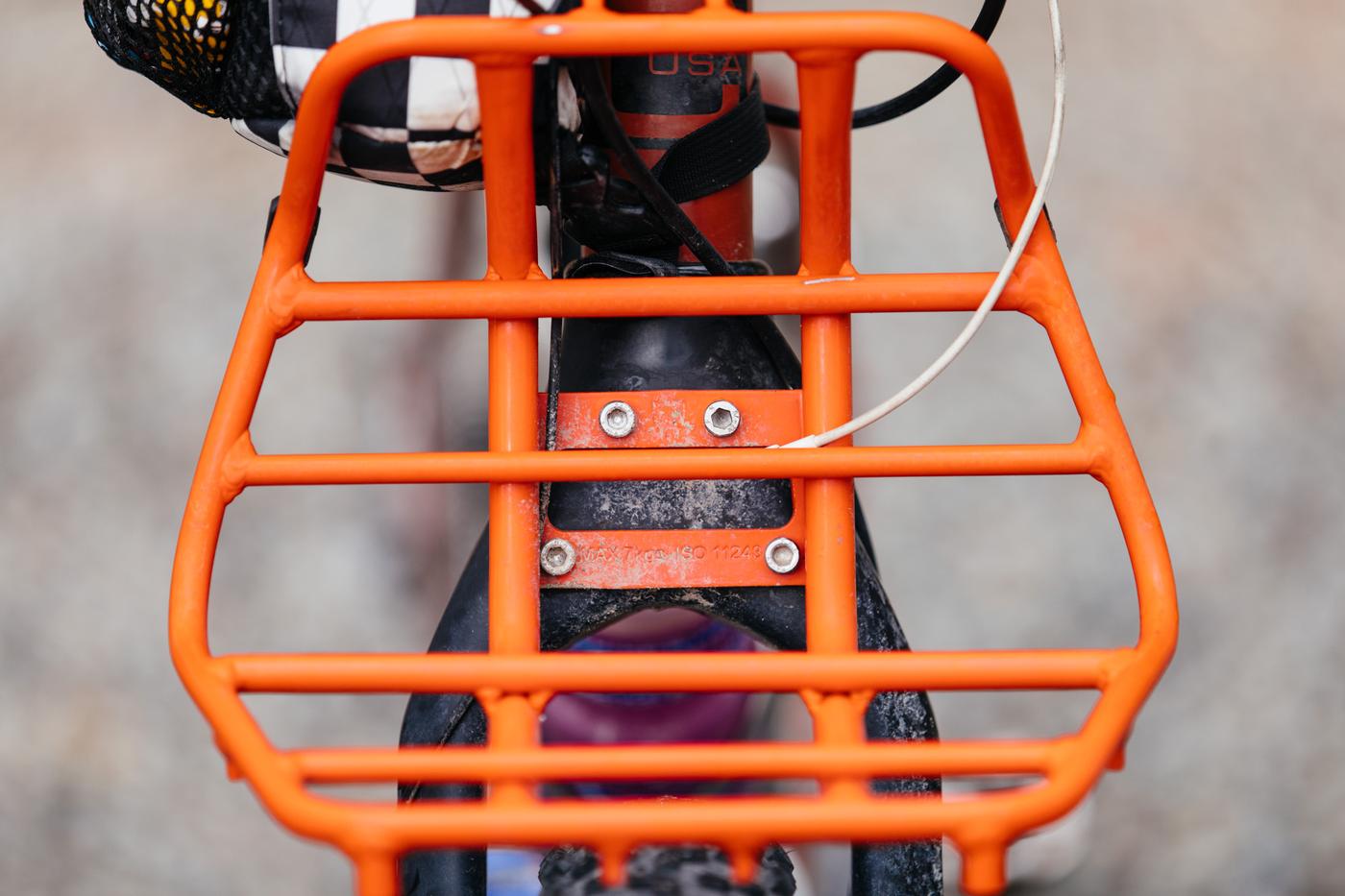 This frame has a rear spacing of 148×12 with a simple 73mm BSA BB. Earlier models used 150×12 or 157×12 Superboost to a DH 83mm BSA BB to address the massive tires. All Ursa models were compatible with up to 100mm forks, which is what brings us here to Slade’s build. He wanted a rigid bike from Chumba, so he took a Trek 1120 fork and rack, which is suspension corrected for 100mm bikes. Plus he’s able to use that nifty front rack which integrates into the fork crown. 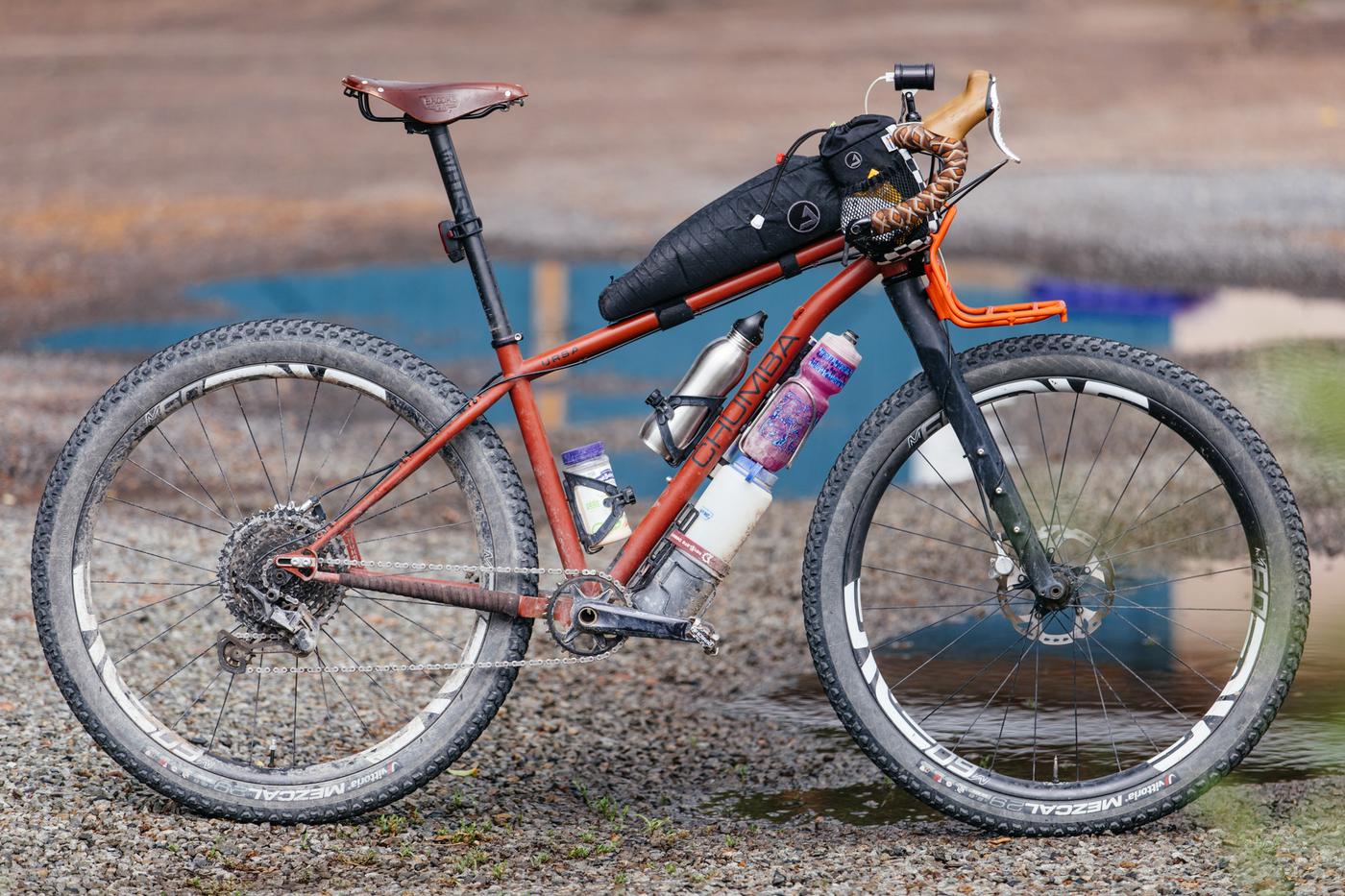 Oh yeah, he’s at the max limit with the Whisky post and is looking at either a Paul Tall n Handsome or Thomson post.

Because he prefers to ride compact frames, he sized down a bit in the interest of being able to control the bike under his long legs. 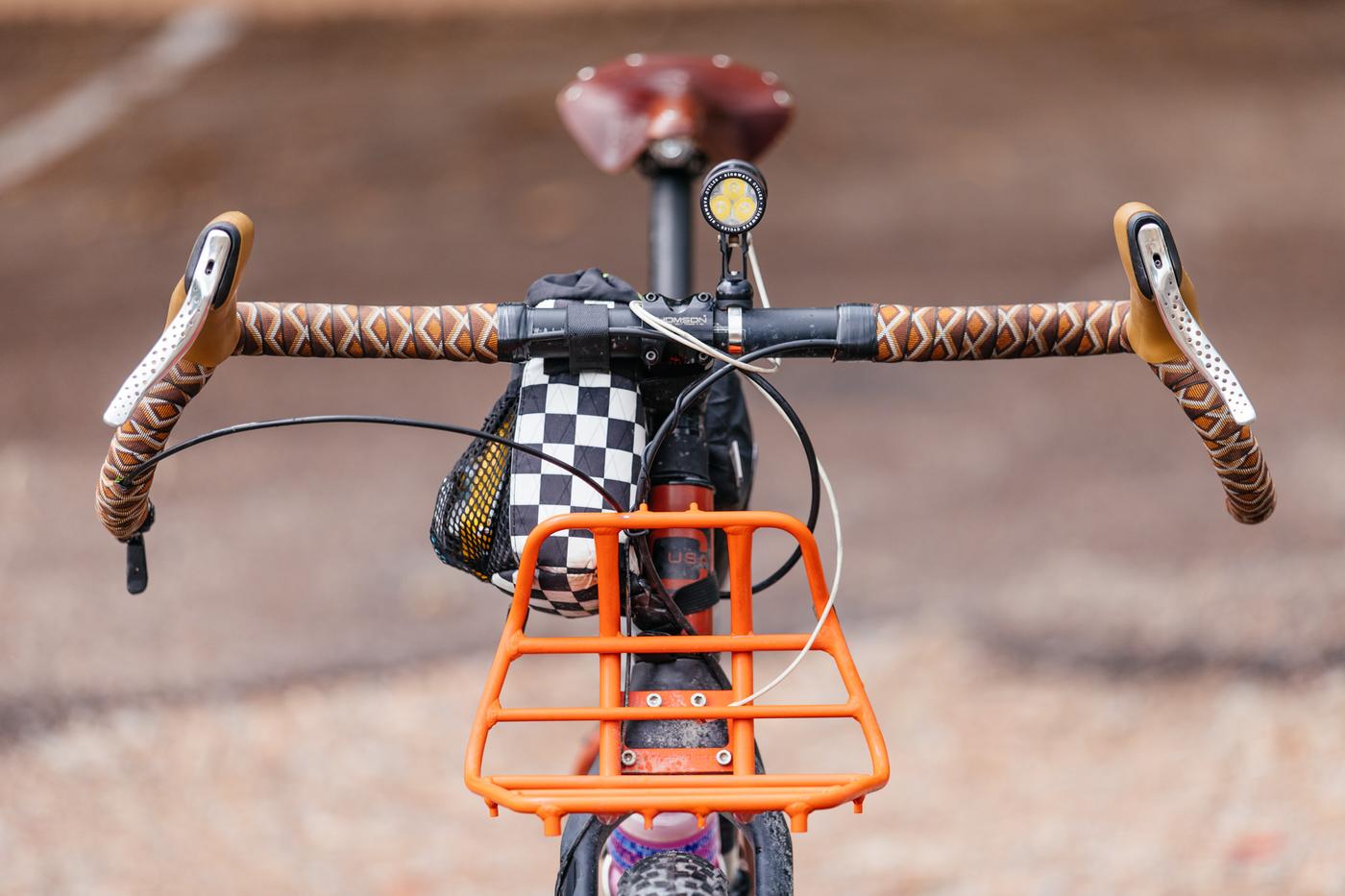 Here’s where it got tricky. Slade wanted drop bars on this bike, with cable-actuated shifting, and hydraulic brakes, but he wanted really wide bars. This is where Bailey’s experience with touring and component selection really came to shine. The cockpit is built upon the Curve Cycling Walmer bars, the widest in the world. The Microshift barcon offers precision shifting with the rear mech and e*thirteen cassette. For brakes, he specified the TRP hydro with gum hoods and Hylex calipers, all held together with a trusty Thomson stem. 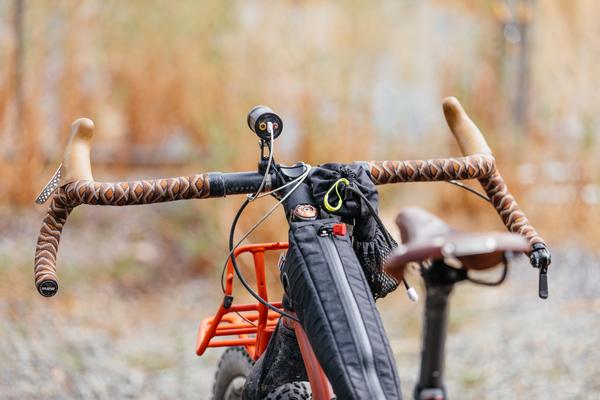 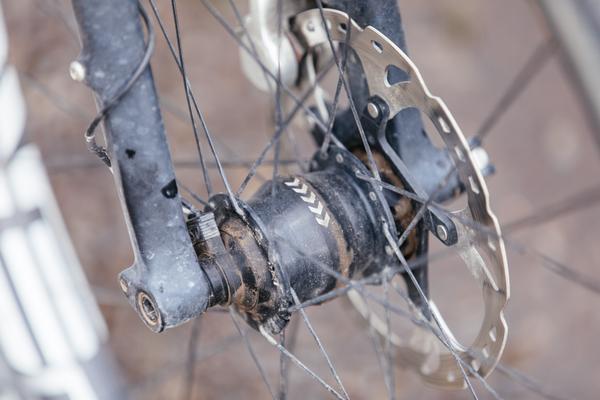 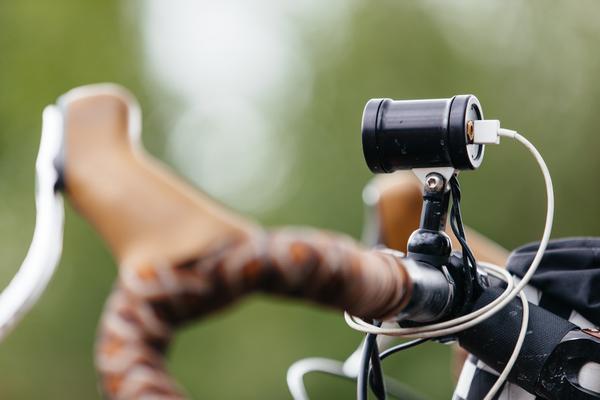 Because it’s nice to have power-generating abilities on a tourer, Bailey set up Slade with a Sinewave Beacon lamp, running off a Shutter Precision hub, and a nifty SON light mount. The high mount light casts an even spread over the bike’s path, rather than casting the front tire’s shadow across the trail. The rear hub is a Chris King Classic and the rims are used ENVE he picked up for a deal. 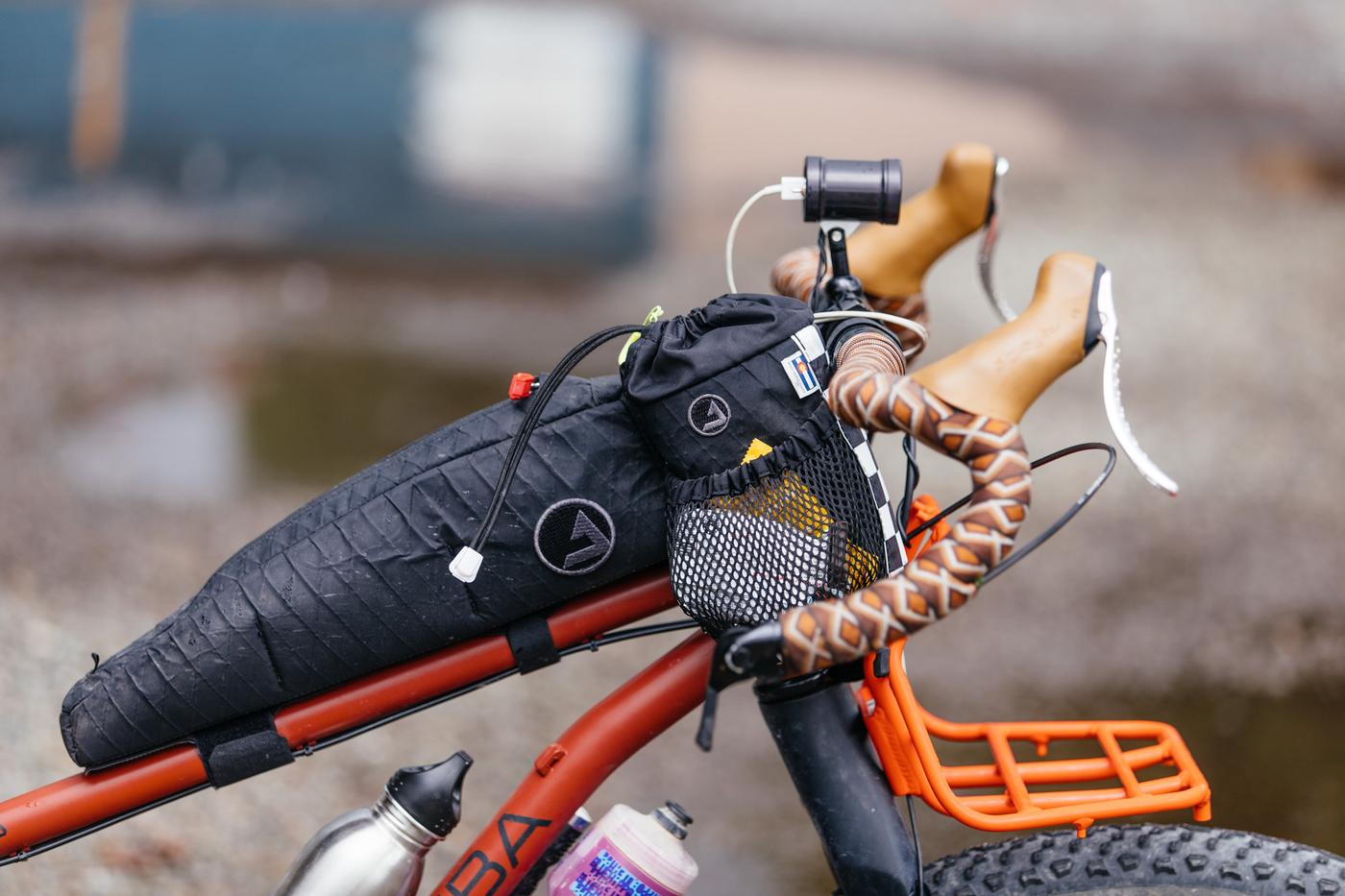 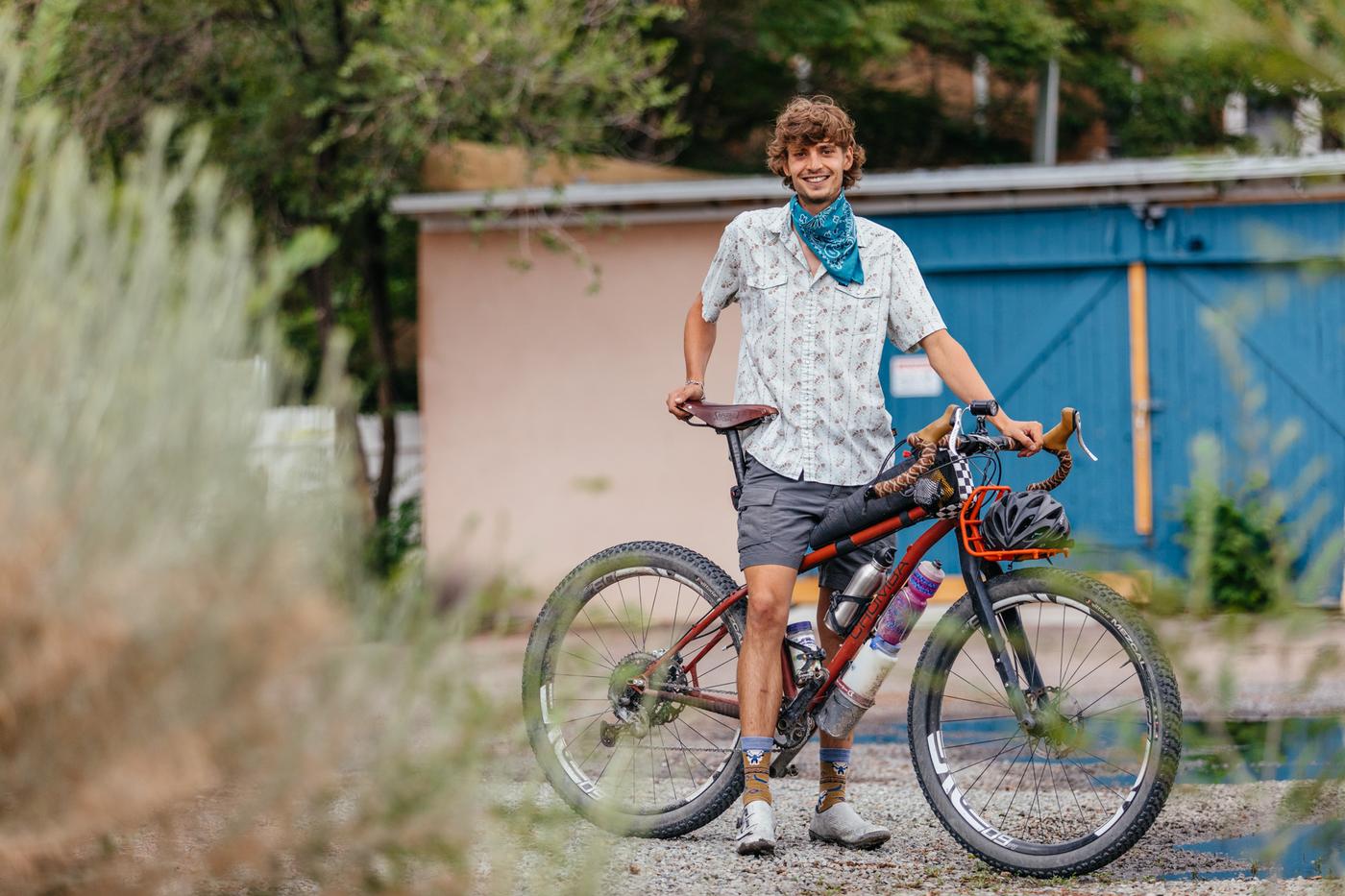 I just keep thinking how lucky Slade is to have this vehicle to experience Northern New Mexico on. With endless Forest Service roads and chunky doubletrack, he’s already been out “gettin’ it!” Thanks for letting me shoot your bike man and best of luck with school this year. He’s going to learn about frame building!

If you’ve got a build idea floating around, or a frame gathering dust, take your ideas and that frame over to Sincere Cycles in Santa Fe if you’re here in town or perhaps just kickin’ around town for a bit. Bailey’s got a great deal of knowledge when it comes to touring bikes!