Every year, we get offers from companies, both large and small to review one of their upcoming bike models. We take on what we can and lean on our contributors for the ones we can’t fit into our own schedules. We’re still just three people running this site over here! At the end of the calender year, we dig through our analytics, social media channels, and comments to determine which bikes did the best and compile a list. This year’s ran the gamut from full suspension mountain bikes to, cargo, all-rounder and gravel racing machines. There’s something for everyone in this one, so read on for The Radavist’s Top Ten Bike Reviews of 2022! 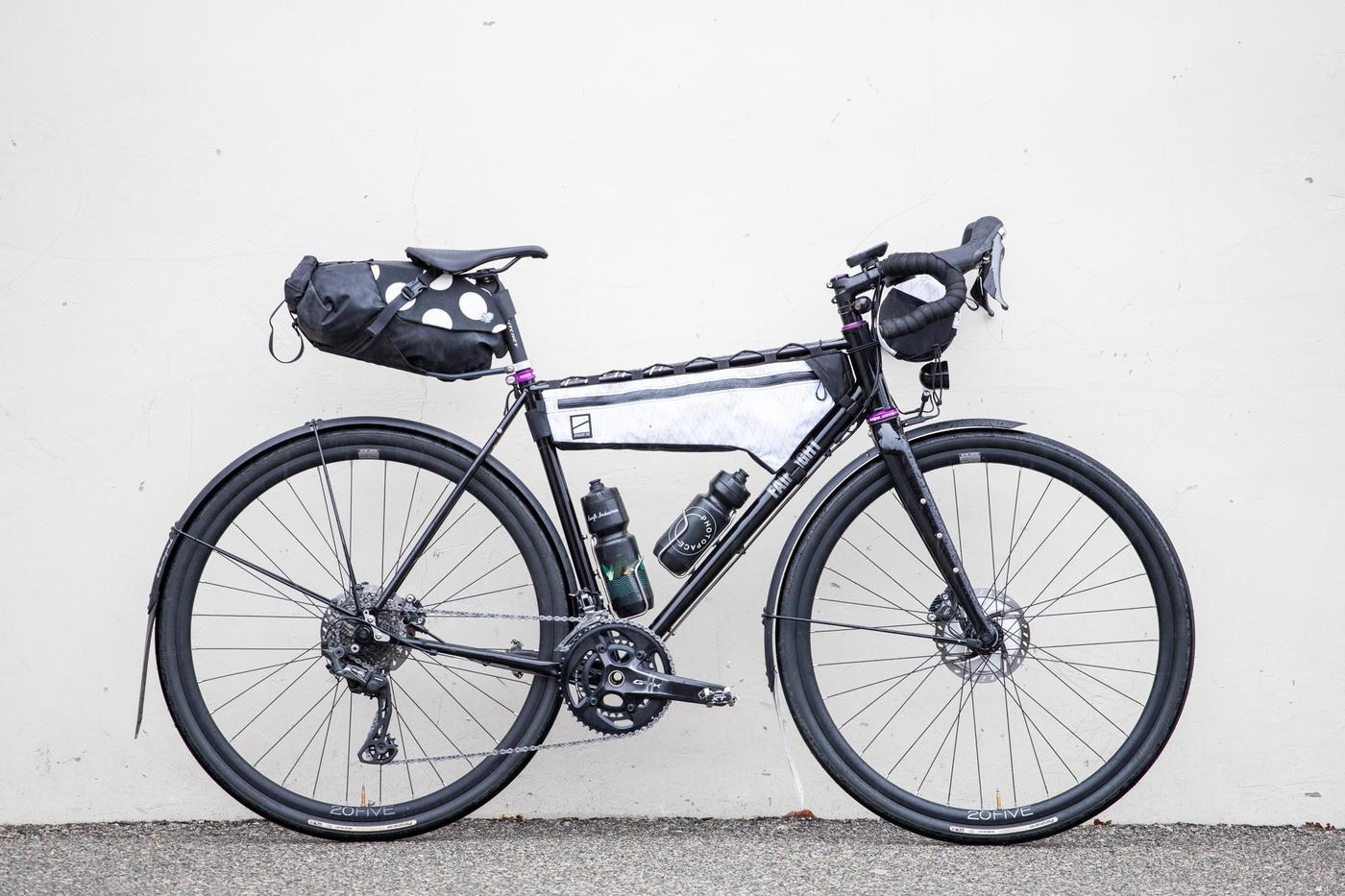 A Three-Season Review with the Fairlight Secan 2.5

Morgan is the king of bike reviews. His 5000+ word deep dives really resonate with both the tech and adventure-minded readers. His dissection of the Fairlight Secan 2.5 was by far our most searched, circulated, commented, and visited bike review of 2022 and for good reason. If you somehow missed this one, pour yourself a fresh cup of coffee or tea, and prepare to dive in! 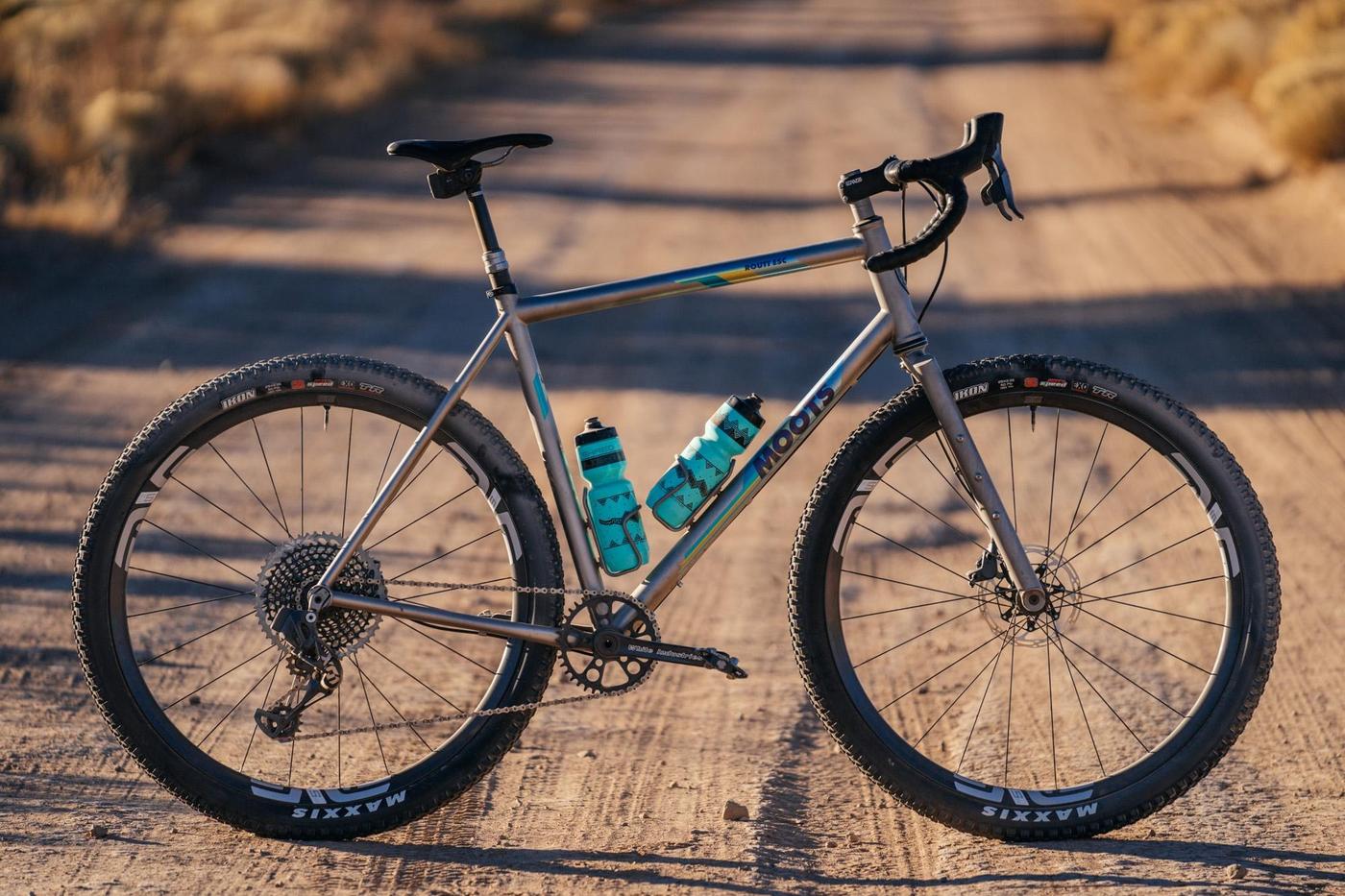 A Review of the All-New Moots Routt ESC Adventure Gravel Bike: Don’t Call it a Baxter

Color us surprised to see this bike right behind Morgan’s Secan review. It’s not that the Routt ESC isn’t a phenomenal bike, or that John’s photos and Justin Balog’s video work doesn’t merit a mention, it’s just that this is such a niche bike, at a very high pricepoint. But I guess that’s part of the appeal. You don’t read Car & Driver for a Toyota Corolla review, do ya? The Masters of Metal have done it again. Just wait ’til Titania Assault finds out… 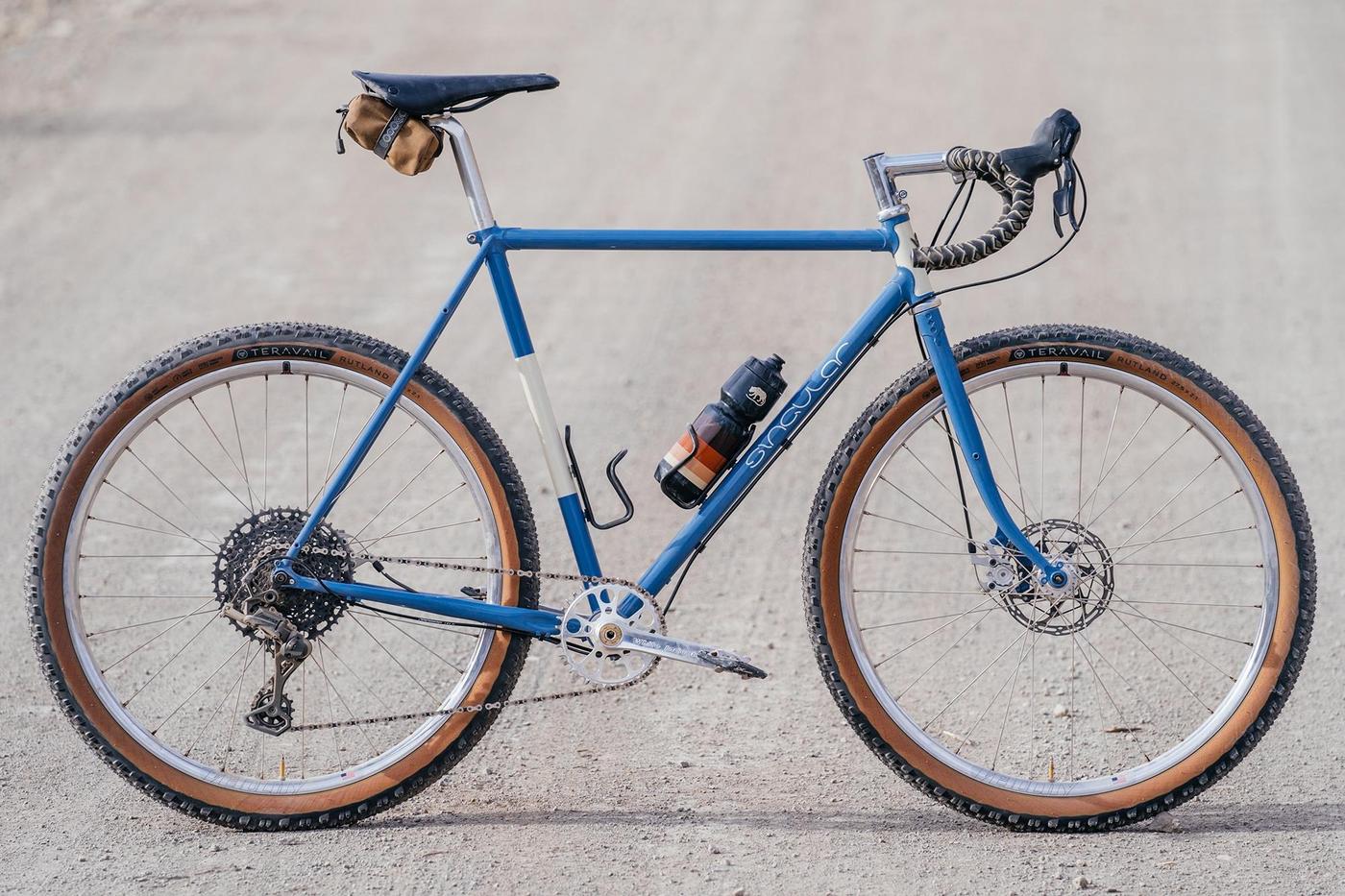 An Iconic All-Rounder: Stooping with the Singular Cycles Peregrine 650b Gravel Bike

The Singular Peregrine, Elephant NFE, and other “all rounder” bikes dominated the emerging cyclotouring, randonneuring, gravel, and alt-cycling stage of the early 2000s. The Peregrine is perhaps one of the most popular, longest-running platforms from a small brand of all time. John got to throw his legs around one for a bit before giving the build away to a lucky reader, who’s been putting in miles ever since winning it. 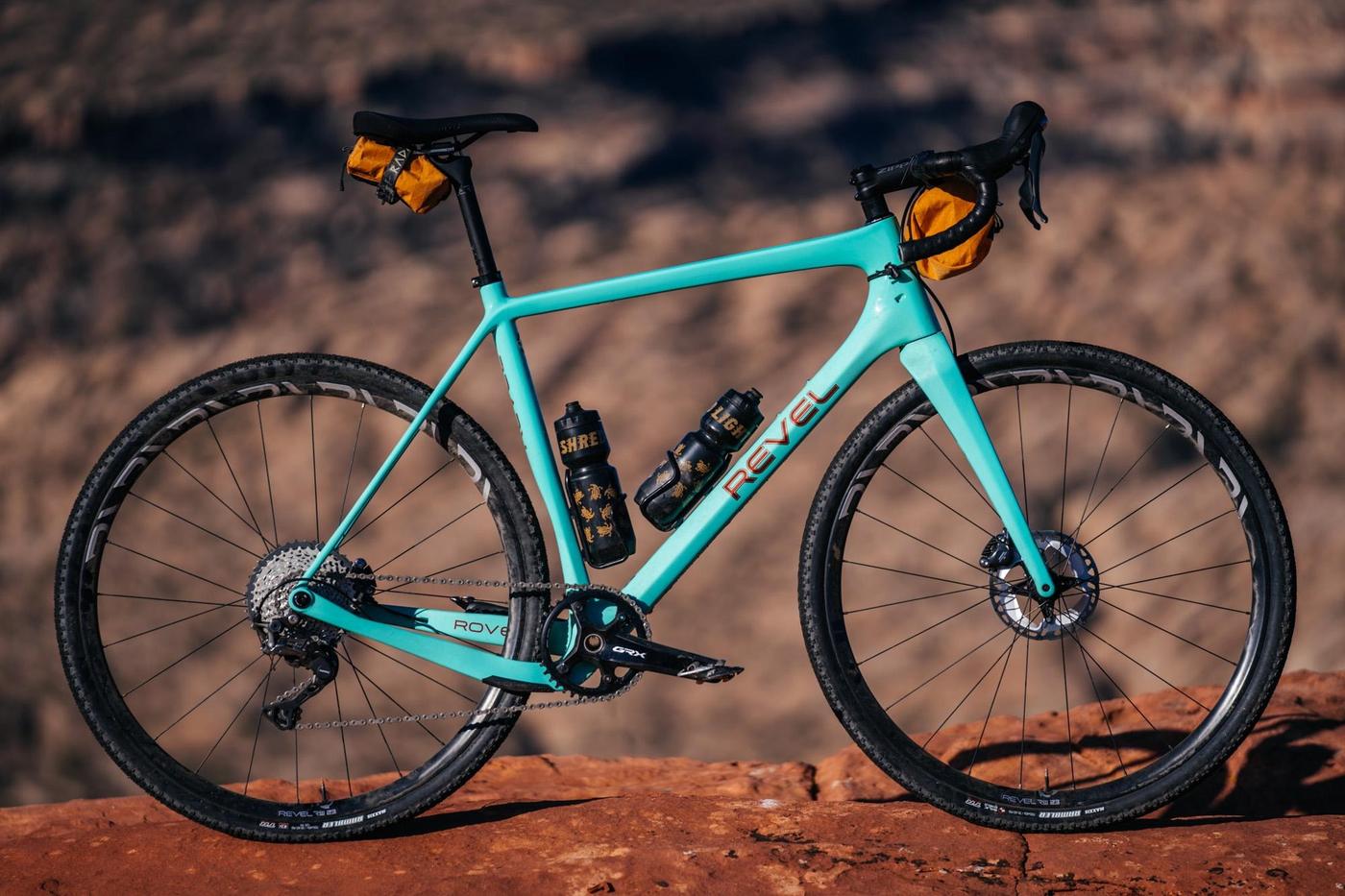 Another surprise was to see a carbon bike on this list. Not to dog on carbon fiber gravel bikes, for they have their place, but this bike in particular really spoke to a lot of our readers. This phenom is probably due to a few reasons. The first being the brand behind the bike, Revel Bikes, has been killing it and anything they touch is gold. It’s also rare for a new MTB brand to make a true-to-form gravel bike, not a drop bar MTB like others we’ve reviewed. Then there’s the color, propped against the beautiful Bears Ears National Monument. Whatever the reason, people flocked to read this one and you should, too! 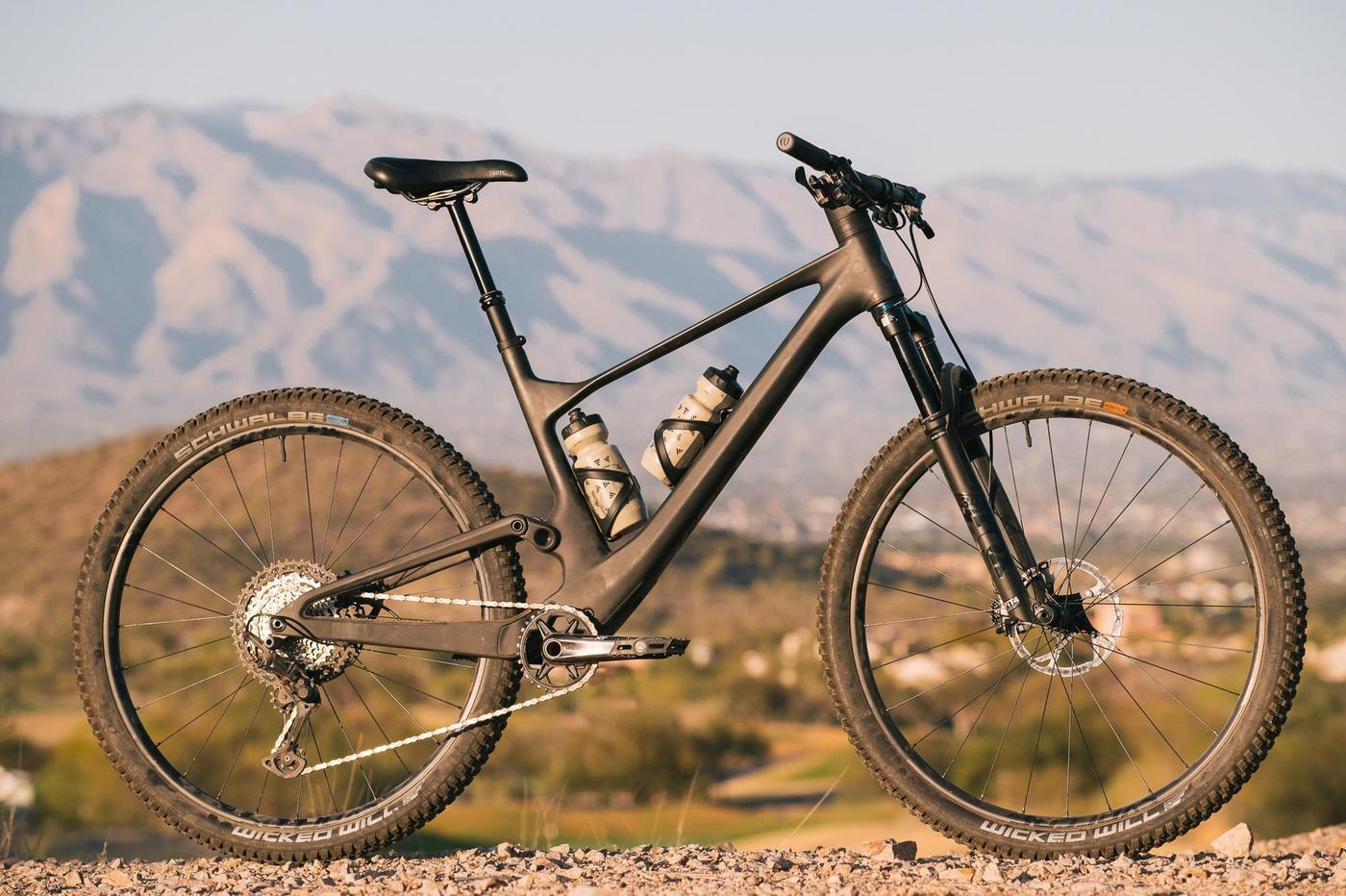 Is this Peak Downcountry? A Review of the Scott Spark 910

One of our favorite reviews was Spencer’s deep dive into the Scott Spark 910, a bike with integrated cables, a progressive geometry, and enough front triangle space for a frame bag thanks to the hidden shock. The Spark 910 is a strange pony and Spencer did such a thorough job documenting, breaking down, and contextualizing its nuances. Plus, we are pretty sure he’s the only reviewer in bike media to take it on a bikepacking trip! 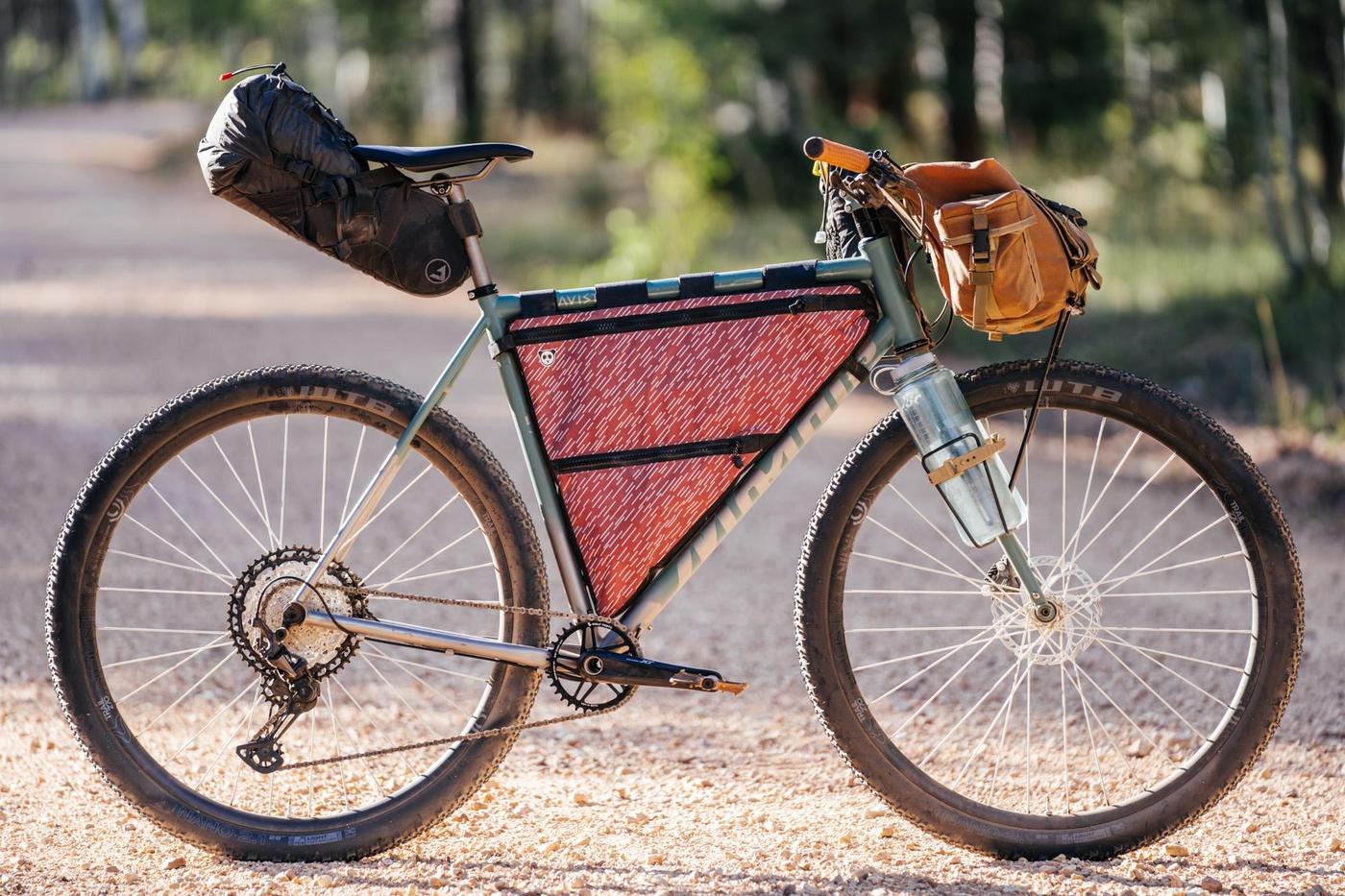 This one pulled at our heartstrings. It’s not often a cycling website gets to design their ideal bicycle. We really put a lot of time and energy into designing, speccing, and documenting the first-ever Radavist Edition bike! John and Josh took a cast of characters out on a weekend trip on these GT-2X bikes, which resulted in some of our best imagery of the year. As for the bikes, they epitomized what we feel the market could or should move towards in the coming years… Be on the look out for more bike collabs in 2023! 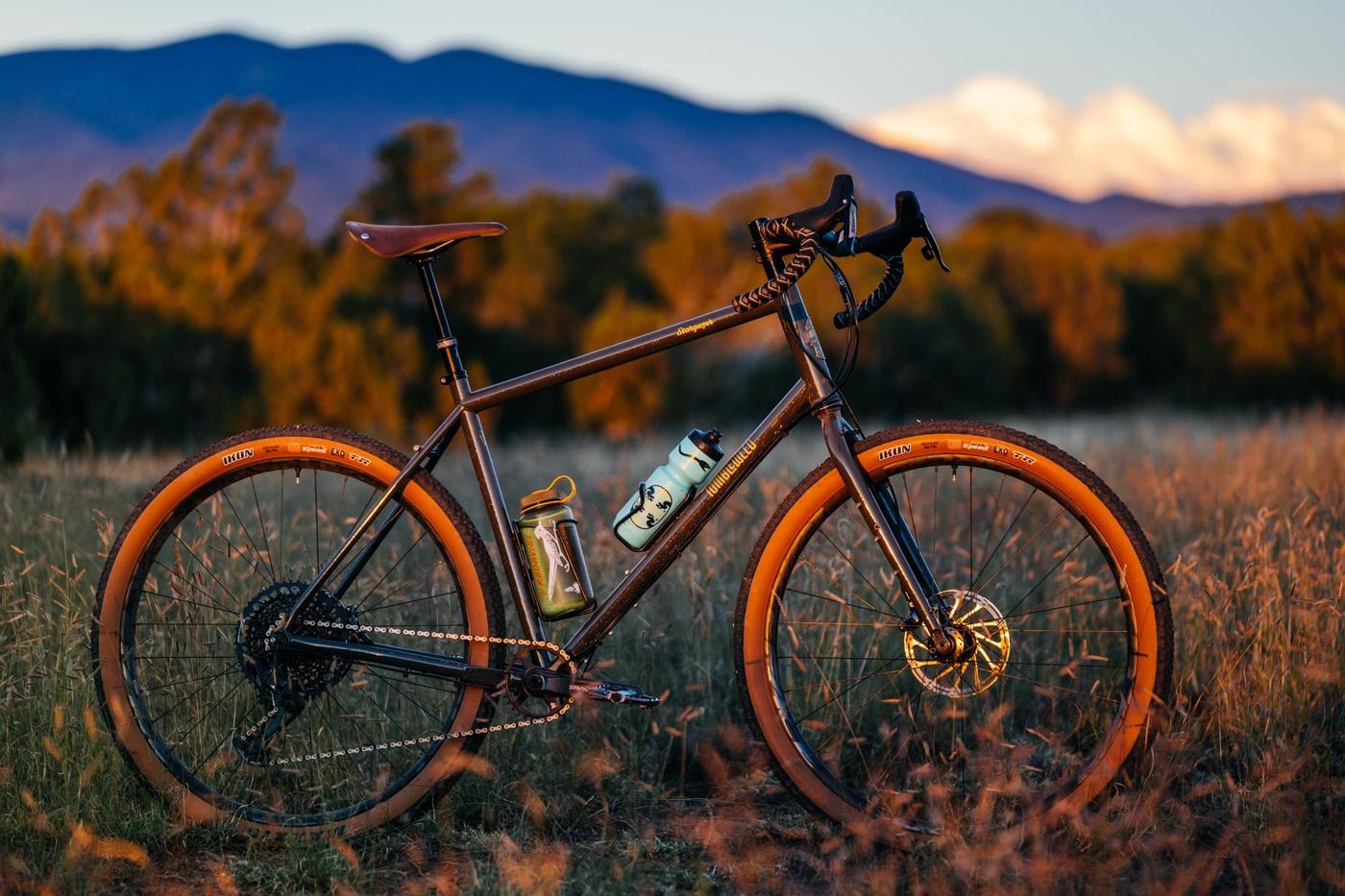 The Stargazer was a crowd favorite that resulted in a lot of social media chatter, returning visitors, and tons of comments. The fact that this bike is seventh in this list showcases just how many people were into our bike reviews this year. We really believe the Stargazer is what a “gravel bike” should be, as its functionity demonstrates how many people are using their current gravel bikes. Big tires, wide bars, and a geometry tuned for loaded-town tours, the Stargazer is indeed the best of its class and other classes that might not exist quite yet. 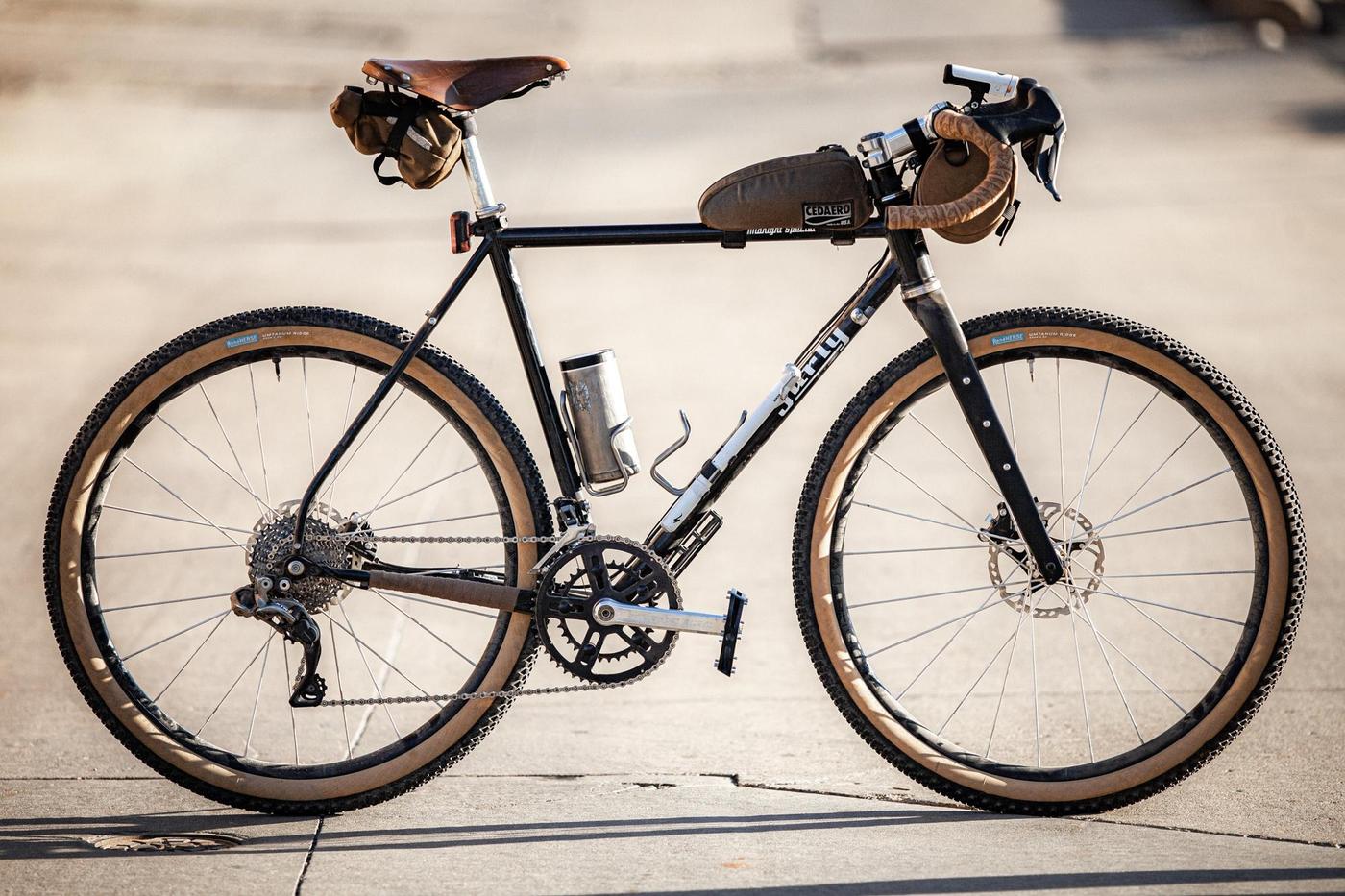 The Mid South presents a lot of opportunity to test and vet bike models and District Bicycles’ own Austin took the race weekend as an opportunity to review his own Midnight Special. How does it stack up? Well, you’ll have to give Austin’s review a read. Don’t discredit this underdog bike in a world of lightweight carbon racer bikes, it can surely hold its own! 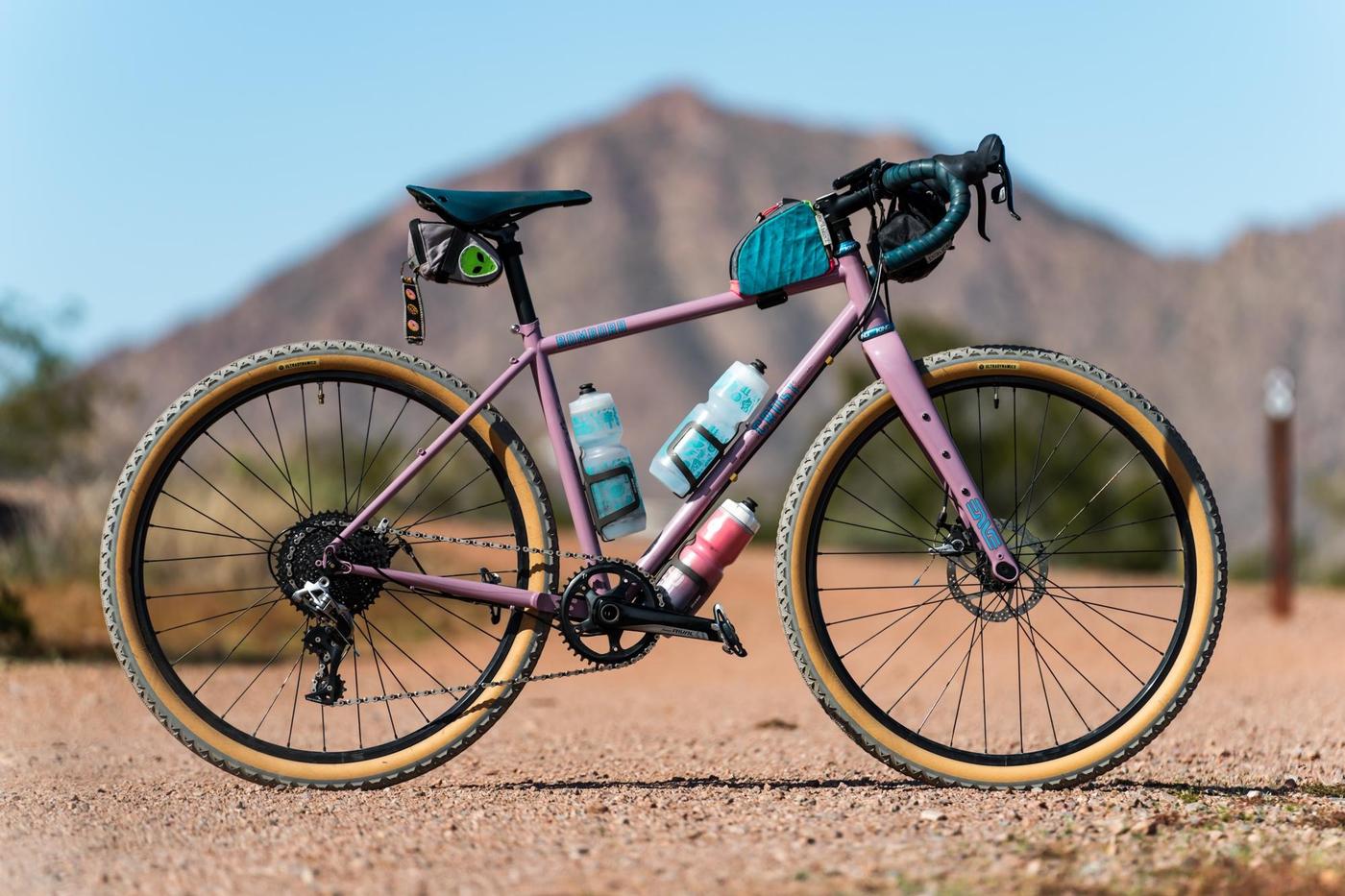 One of Josh’s first assignments as our new editor was to link up with Courtney and photograph her Crust Bombora for a review here on The Radavist. Not only did Josh’s photos deliver but Courtney brought an elegance and prose to bike reviews that is absent in a lot of bike media, including our own! Her inclusion in this top ten list is something we pride ourselves in and we’d like to thank you, the readers, for giving it so much love! 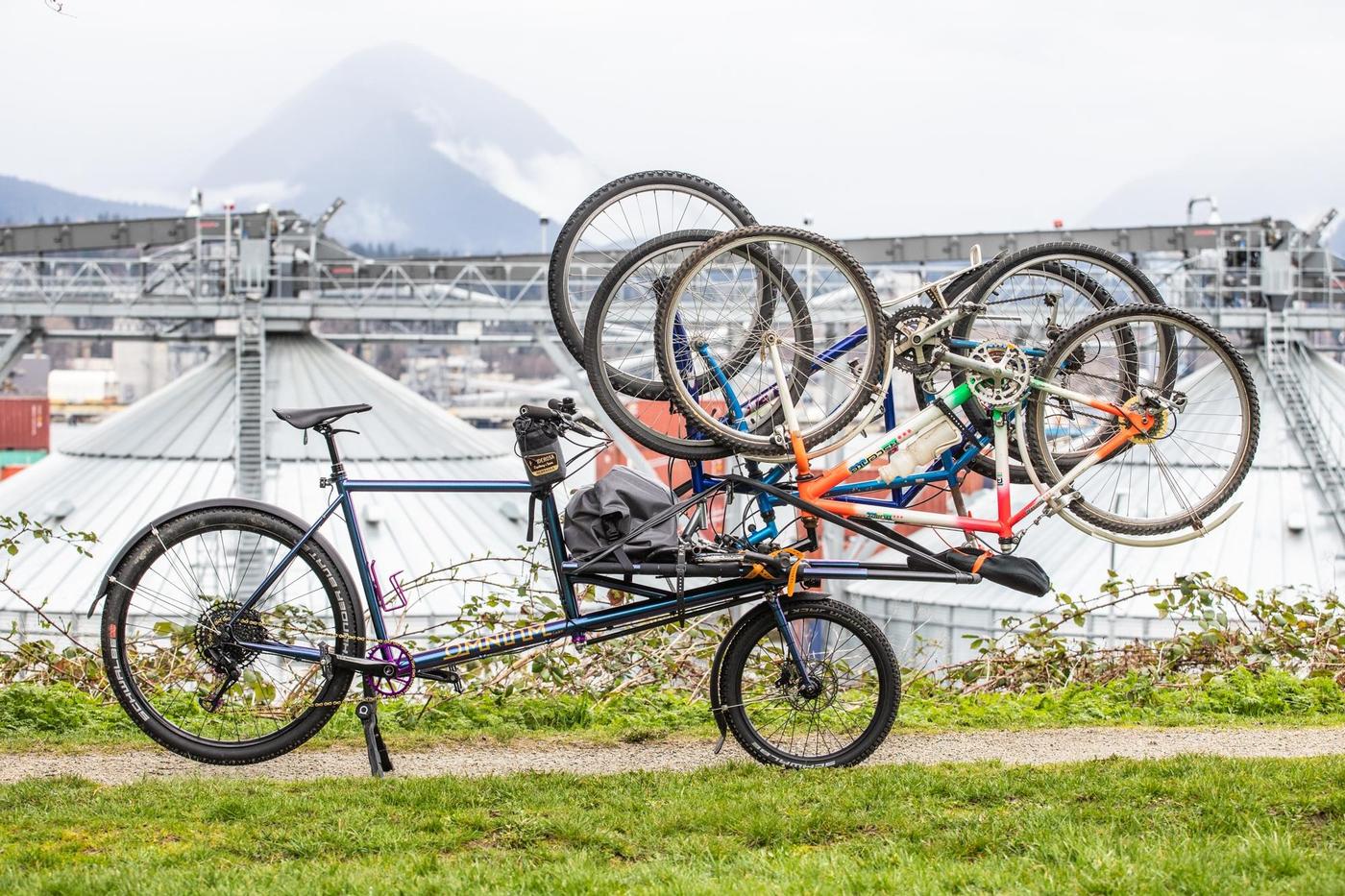 It’s only fitting that Morgan would bookend this Top Ten list. From gravel, all-rounder to cargo, his photography is only bested by his writing and his reviews are total time sucks for everyone’s mornings! Over the years, Morgan has delivered some of the best reviews in the entire cycling industry and we truly value his eye, writing, and enthusiasm over here.

That’s it for this year’s Top Ten Bike Reviews. Did one (or all) of your favorites make the list? If we didn’t post yours, list it up in the comments!

Stay tuned as we continue to roll out our Top Ten lists this week!