Nate is geared 42:18/20 on his Reeb, perfect for the rolling countryside outside of Stillwater, Oklahoma where the Mid South takes place. 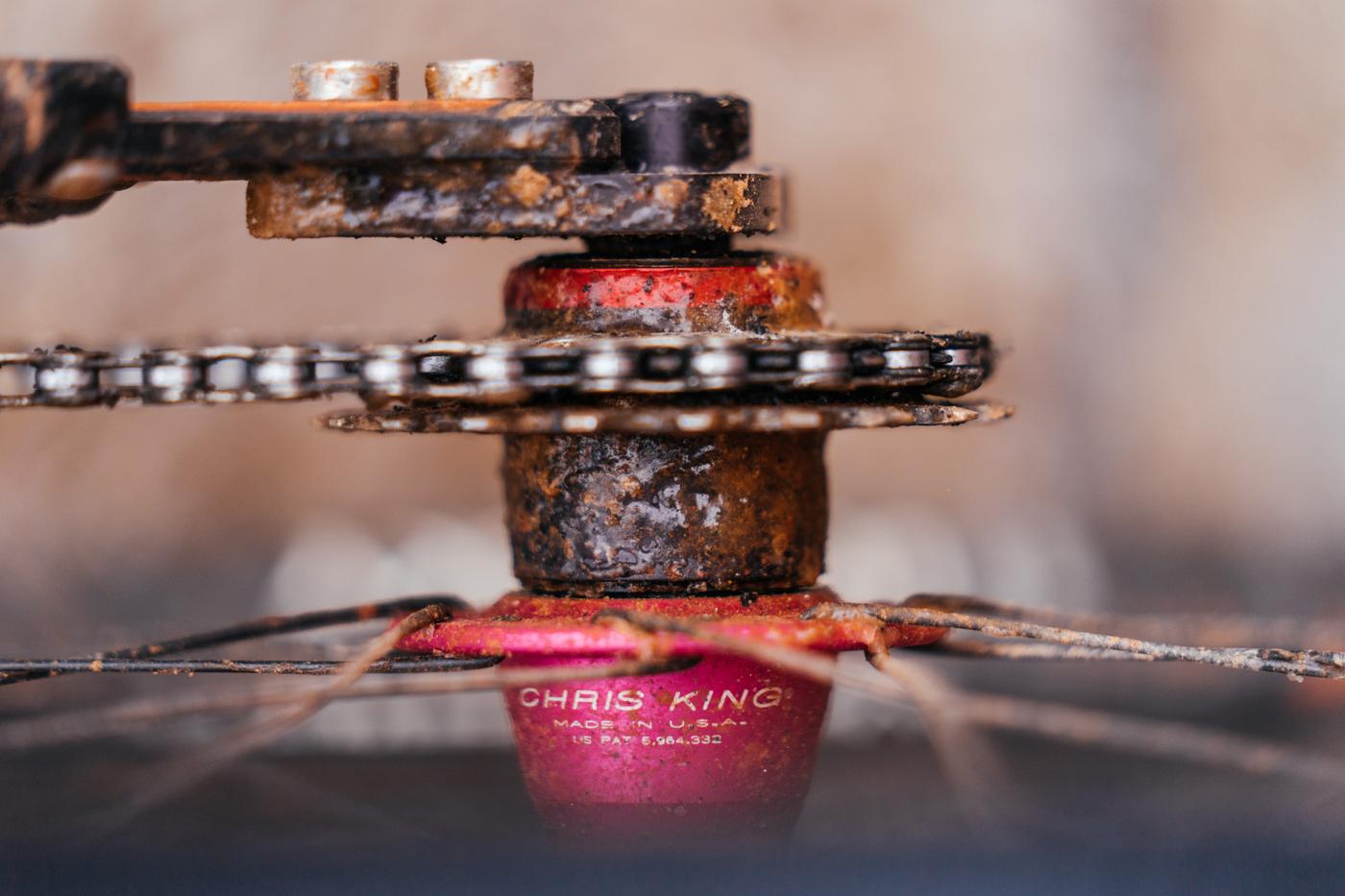 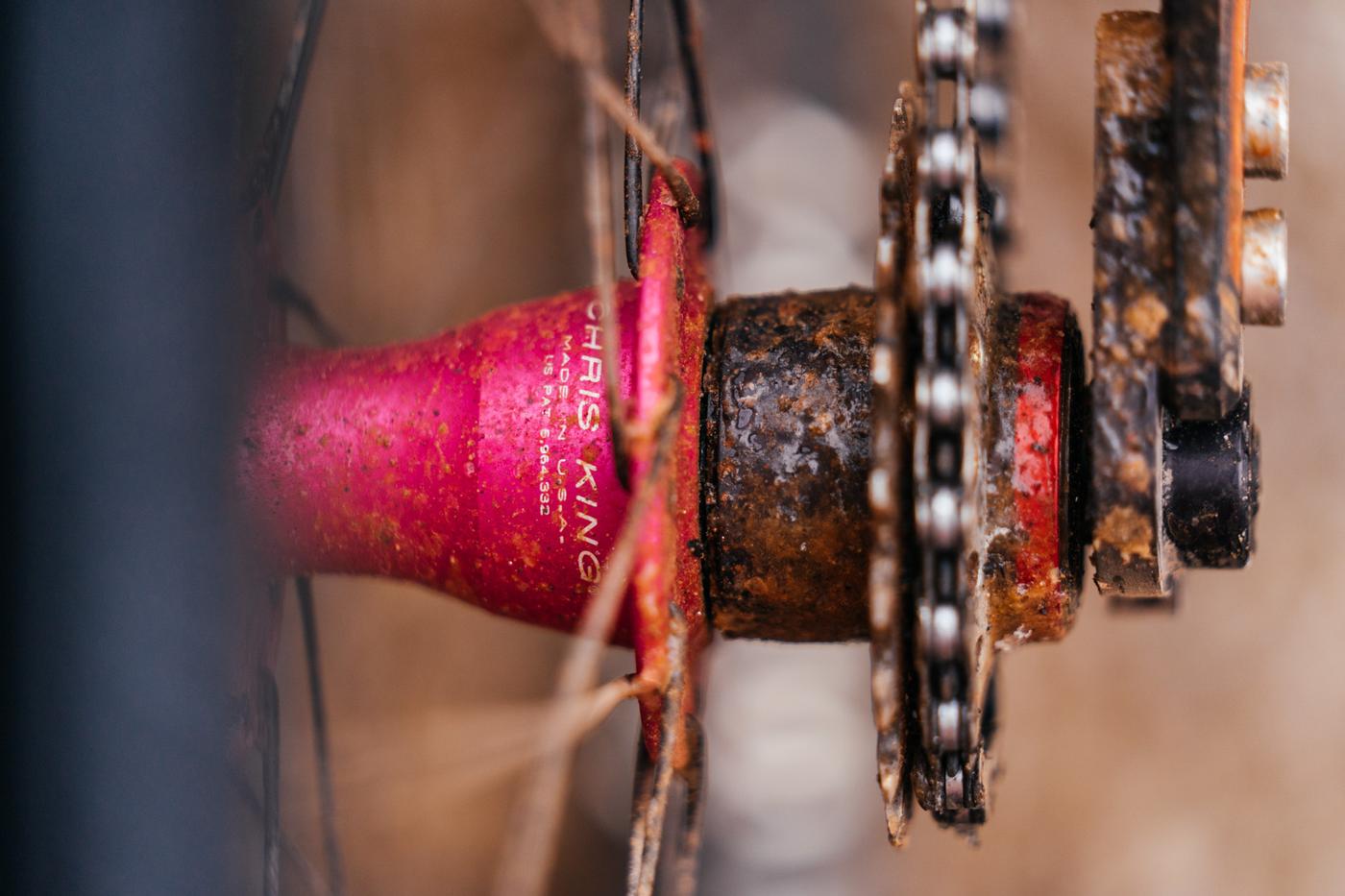 His chain line is split between two cogs, 18t, and 20t, allowing him to make a decision at the start line for what gear he wants to run: 18t for dry conditions, 20t for mud. 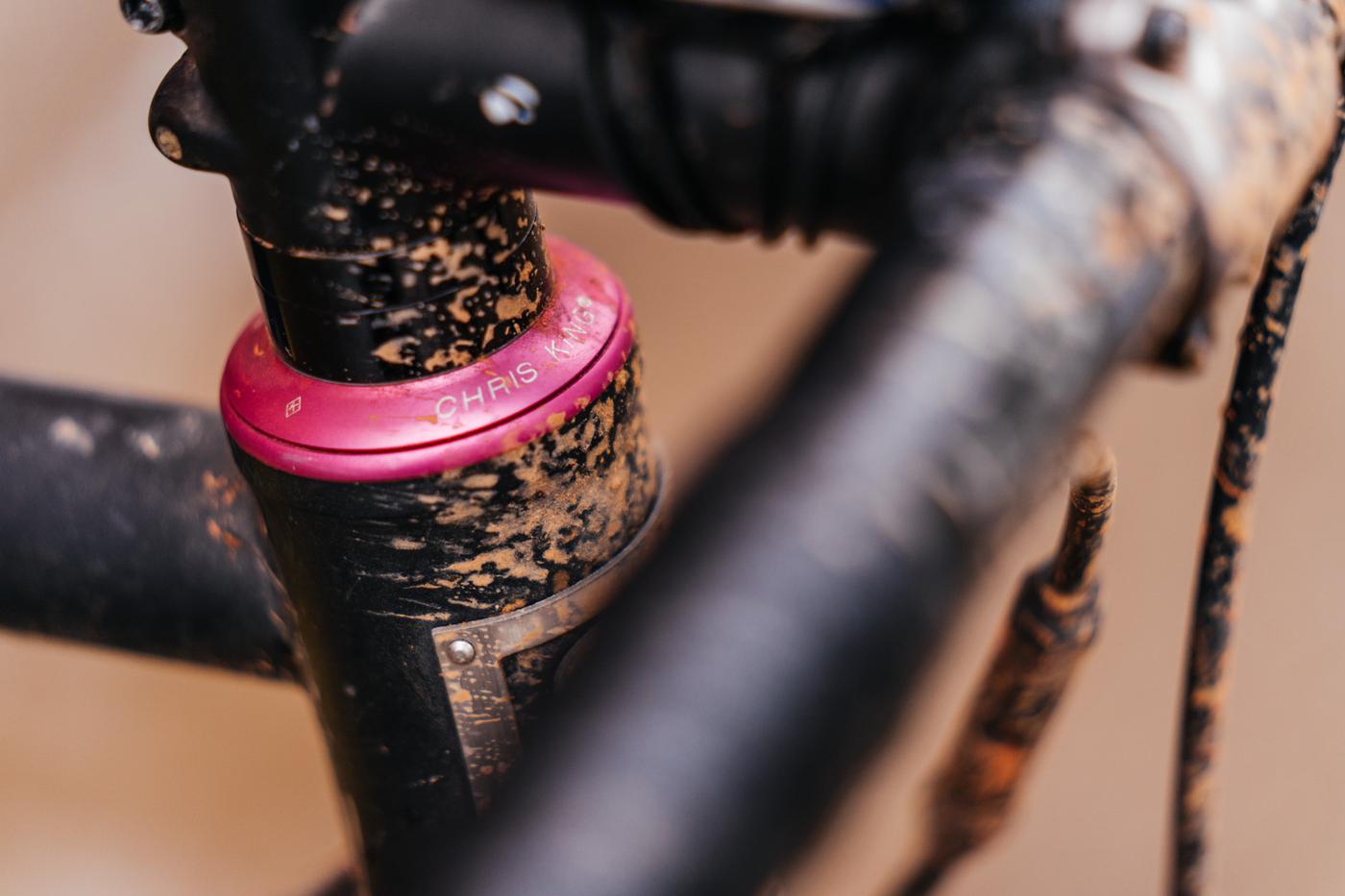 The punch-colored Chris King bits really bring a bit of pop on this build, which was originally owned by Seth Wood, a local single speeder and ultra-endurance athlete. 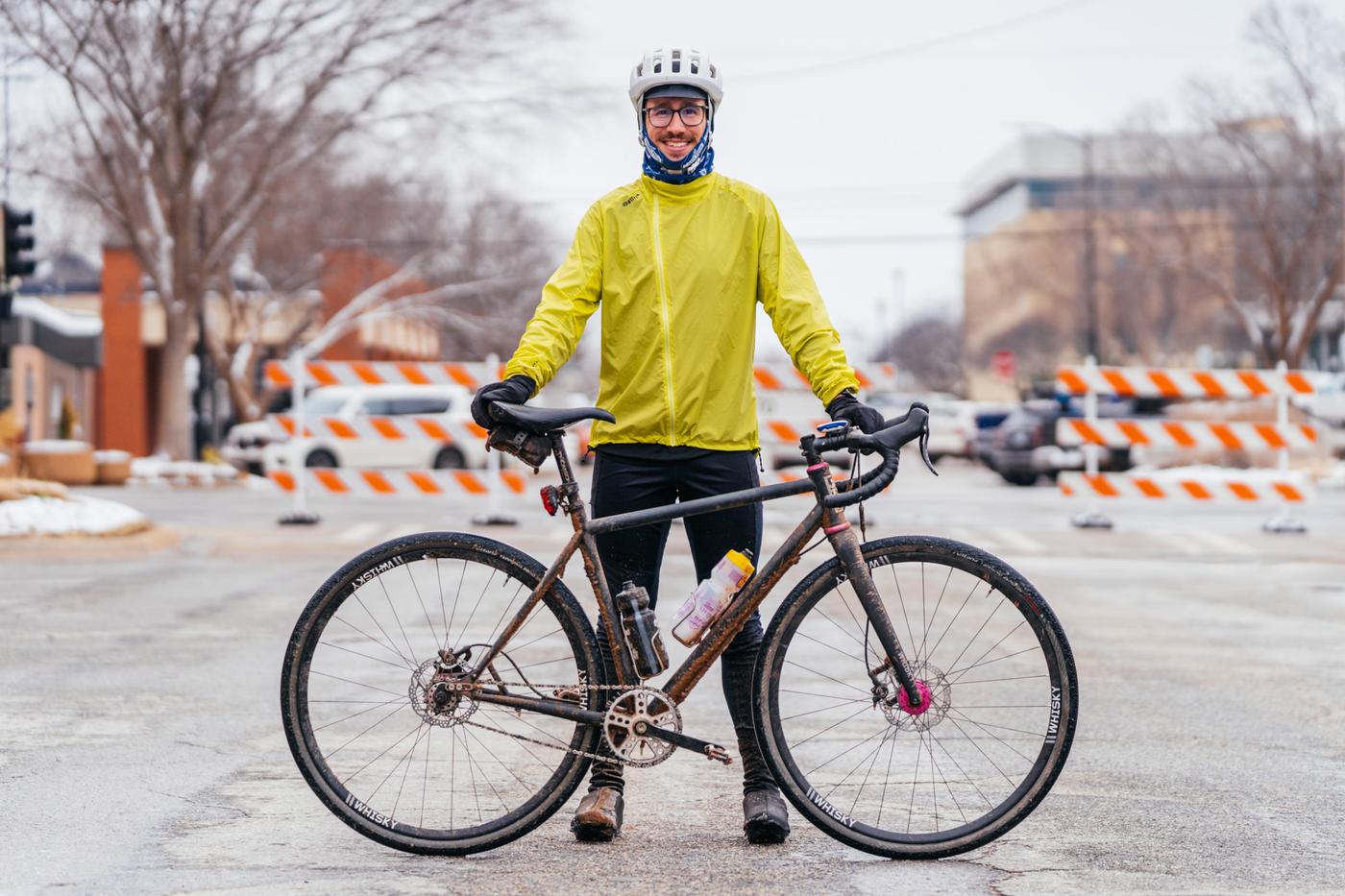 This year’s Mid South was Nate’s first century ever. I caught him after he led a group ride for out-of-towners the day before the race. Conditions on Friday were muddy and icy, leading to a lot of muddy bikes and yeah, a lot of busted derailleurs from the clay mud. Nate finished the 100 miles on Saturday.

As for the Dirt Diggler, Reeb shelved this model, in lieu of the Sam’s Pants, a gravel/adventure/tourer/cross bike platform.