Keith and His Scissortail Cargo Bike-20

When bike events promote inclusivity and welcome all sorts of riders, not just racers, wonderful things happen. If it seems like I’m still glowing from this weekend’s Mid South, well, it’s the truth. Those few days completely recharged over two years of dreary times and meeting Keith re-centered my own struggles by putting them in perspective. In a serendipitous way – ok, I was stalking him – I happened to catch him rolling into the expo area at Mid South on his Scissortail Cycles cargo bike. There’s so much going on with this one so let’s get to it…

Keith is a radical atavist if I’ve ever met one. He used to run the Bike Fort, a place we featured here on the site a while back. The Bike Fort catered to cyclo-tourists by offering warm showers, a place to sleep, and more. He and his wife ran it as a labor of love and between the two of them, they could have written a book about the stories they heard hosting so many travelers. 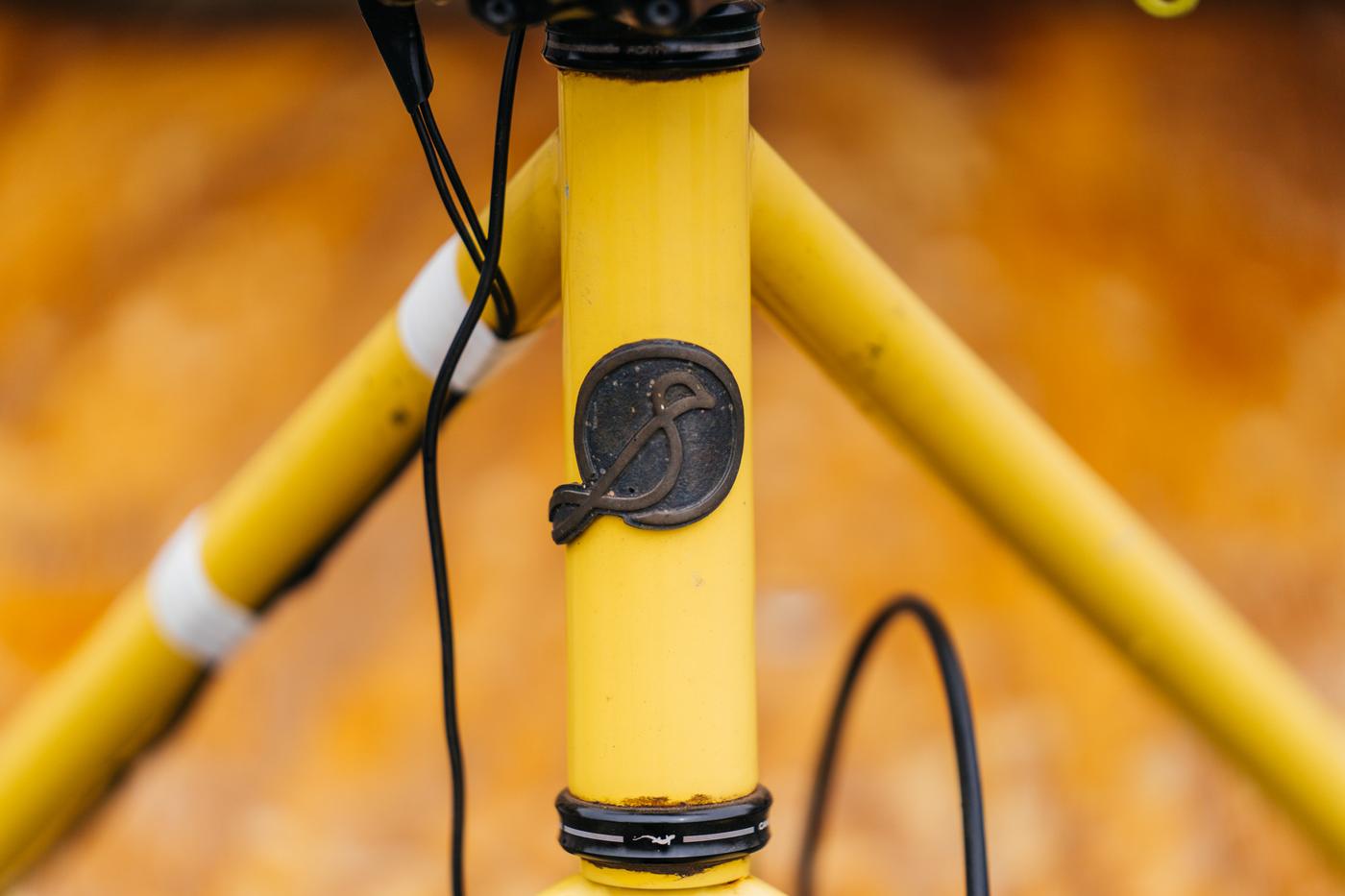 Then, a few years ago, his wife was hit by a car leaving her nursing job, prompting Keith to re-assess his life altogether. That prompted him to sell his house and move out to Denver to be closer to his kids. While many would just load up a Uhaul, bid adieu, and be on their way, Keith wanted to take this very bike, load it up and ride to his new home. 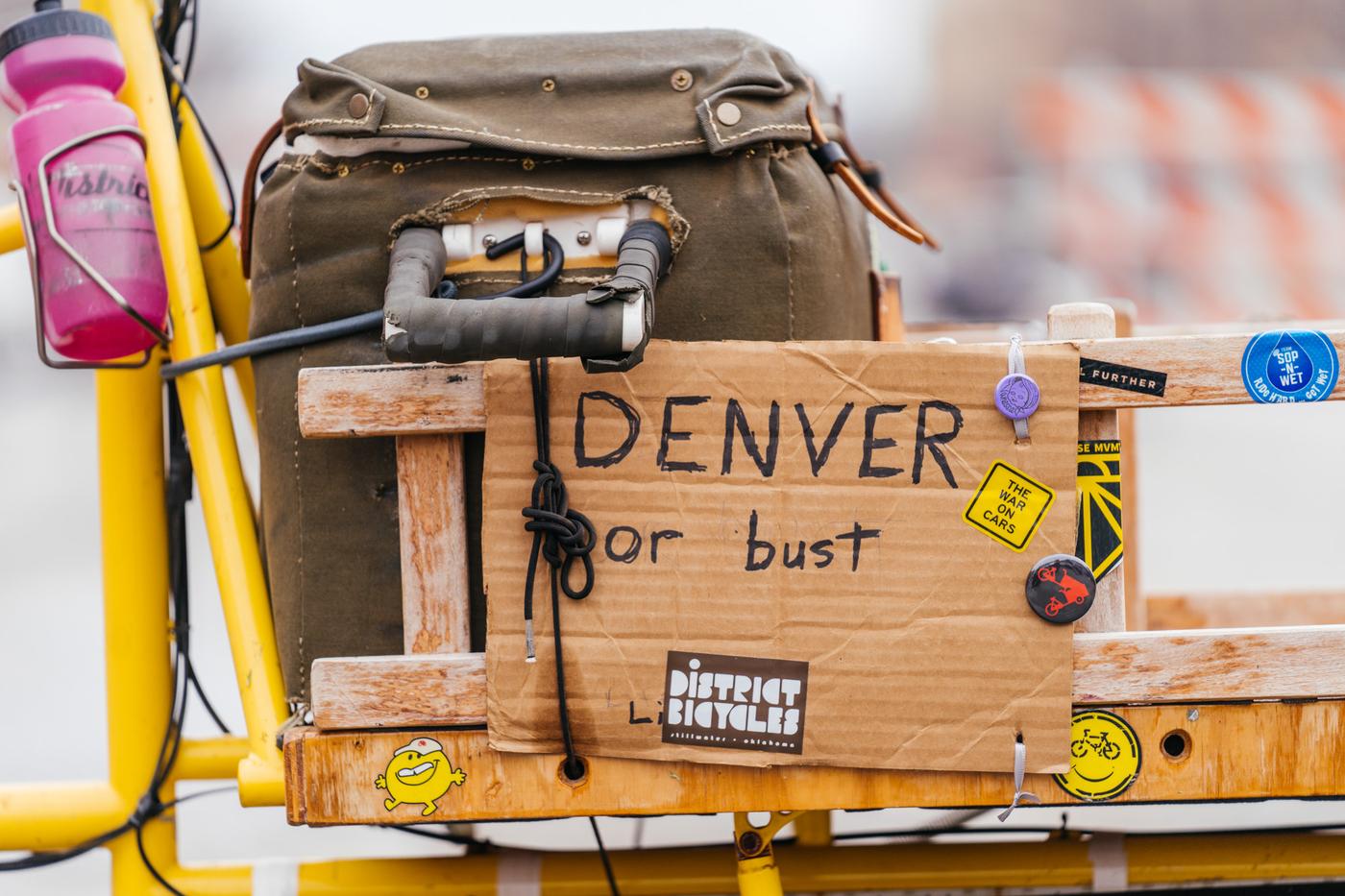 Yesterday, he did just that, and the entire District Bicycles crew rolled out of town with him to see him off, properly!

This bike is super cool. It was built by Scissortail Cycles, run by a fella named Dewayne who began working on bikes in 1994 as a college student so he could follow Phish around the country every summer. Yeah. Phish heads are dedicated! 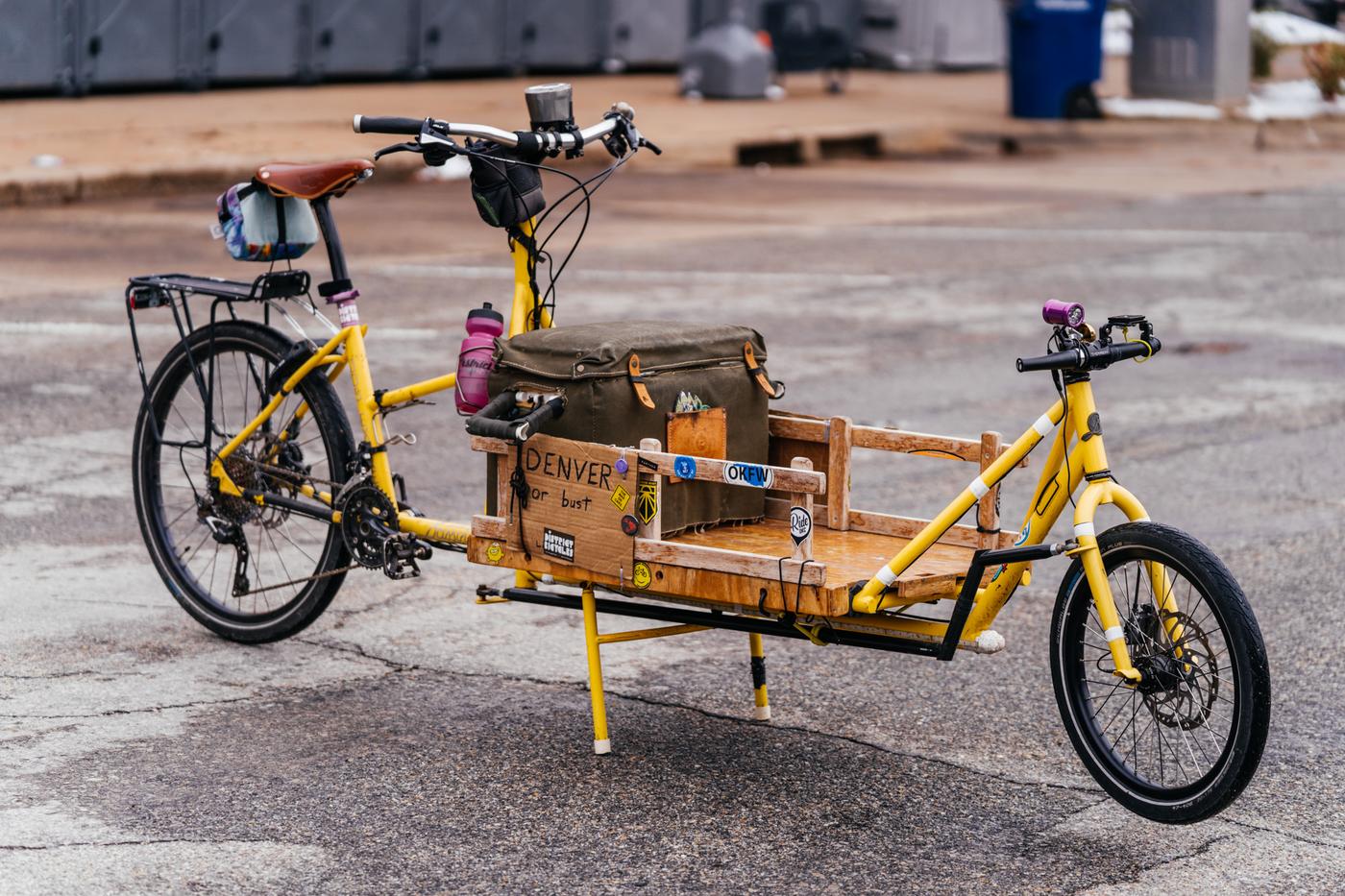 His shop is based in Norman, OK, about 80 miles south of Stillwater. When Keith wanted a cargo bike built, he looked locally first and contacted Dewayne, who obliged. The result is a long one! This bike has lots of space for cargo and commuter accouterment. Its wheelbase means it’s a cruiser and by no means zippy but Keith manages it just fine. Think of it as more of a broadsword and less of a dagger. :-) 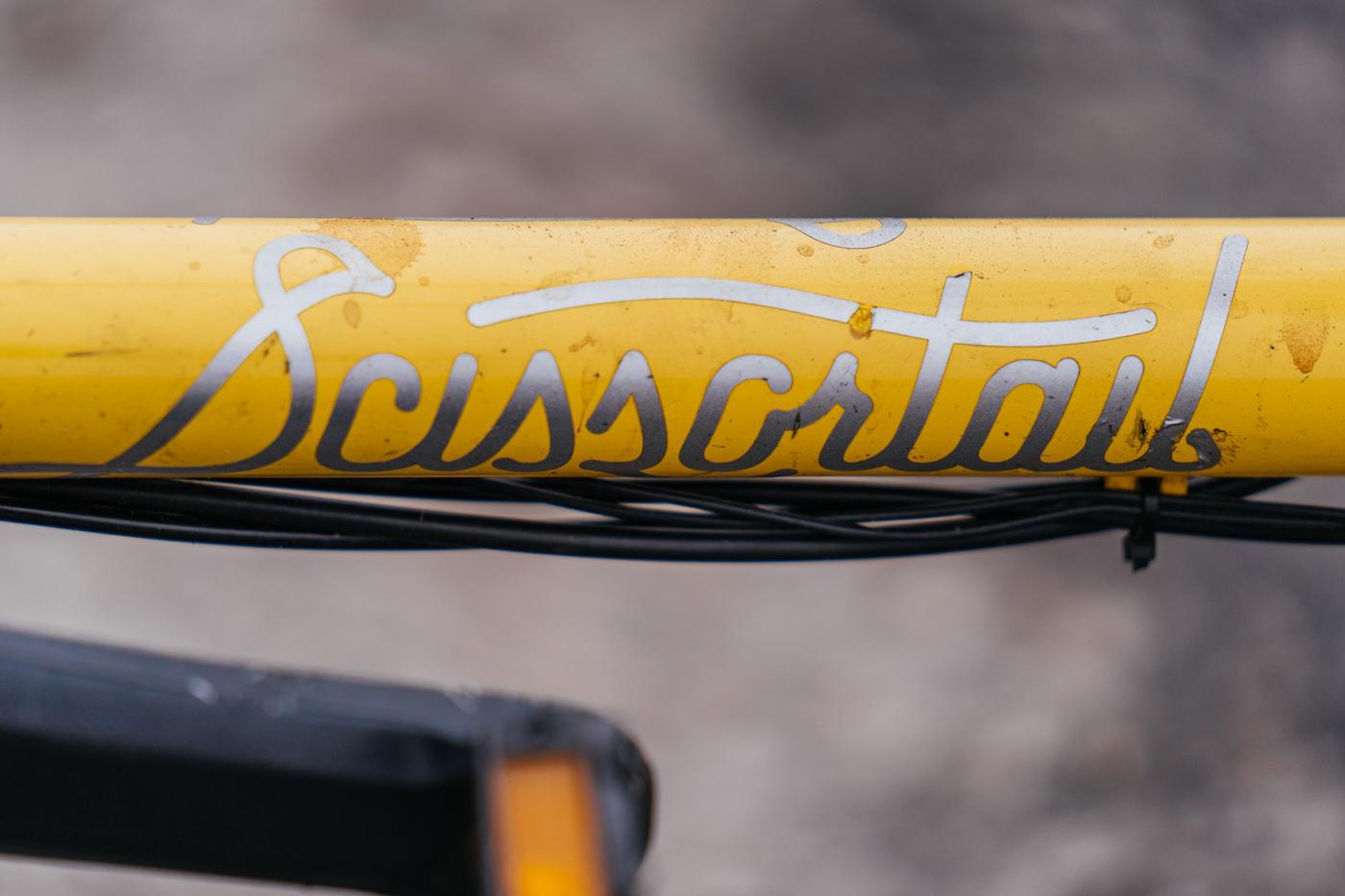 Scissortail Cycles can build whatever kind of frame your heart desires, including massive long-hauler cargo bikes! Dewayne also provides custom steel frame repairs so if you need a trailer hitch mounted on your bike, some bottle cage bolts added, or a repair on that cracked chainstay, holler at him! 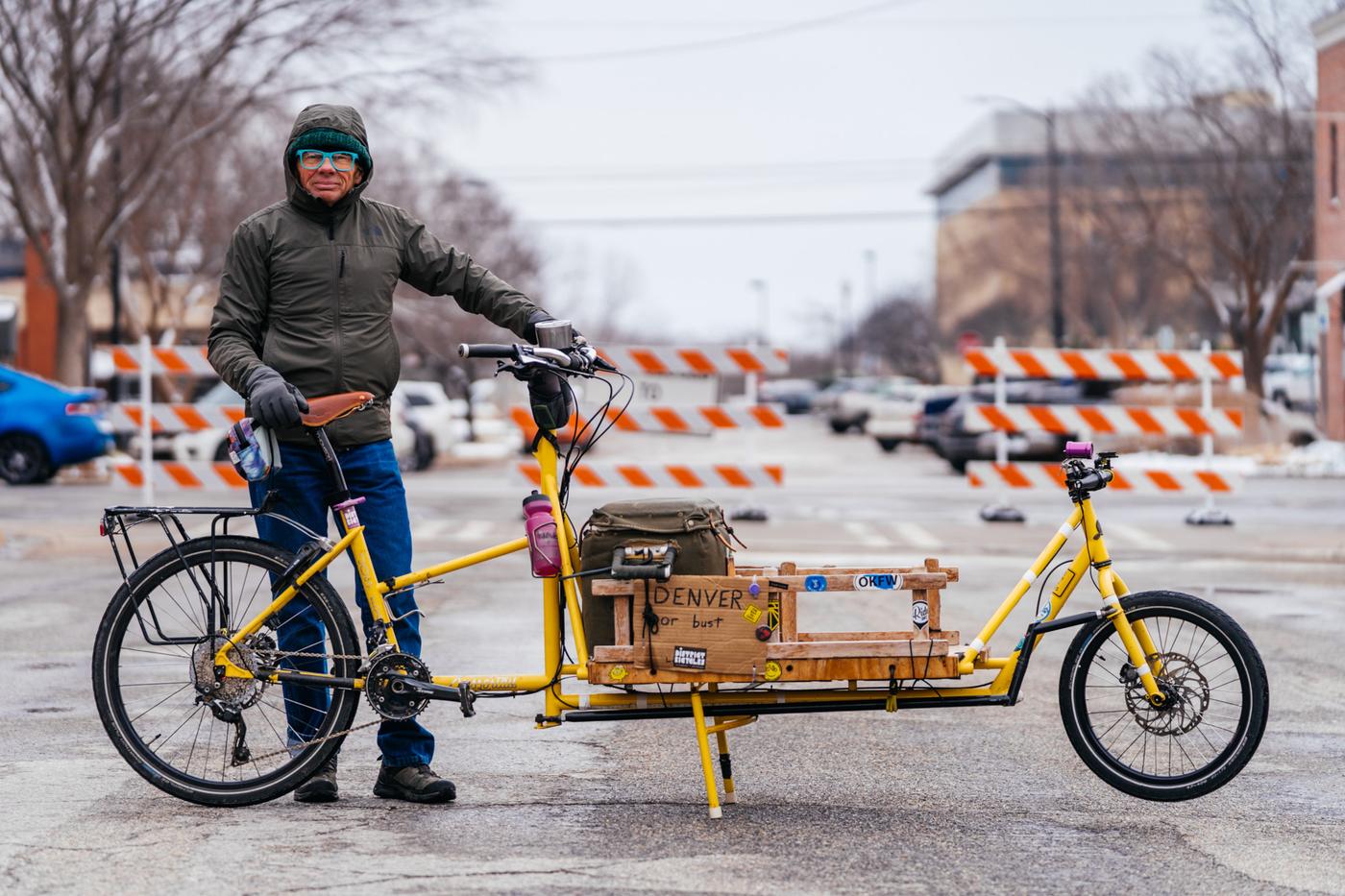 Keith will be on the road for a while on this thing and hopefully, he reads this piece. This means he’ll be reading the comments too, so let’s drop him some words of encouragement down there! Safe travels, friend!