These days, it’s hard to set your bike brand apart from others within a specific niche but if there’s one thing Cjell has achieved with his brand, Moné Bikes, it’s just that. Moné frames are instantly recognizable with their large, bountiful brass beds of fillet brazing, unique tubing bends, intricate and ingenious singlespeed-friendly dropout designs, and yeah, rat rod aesthetics. Cjell and I have met before, albeit briefly, but at last weekend’s Dangerbird event, we got to spend a lot of time on the bike with each other, which helped me gain an even deeper appreciation for the brand, the bikes, and the man who designs and even builds some of them. 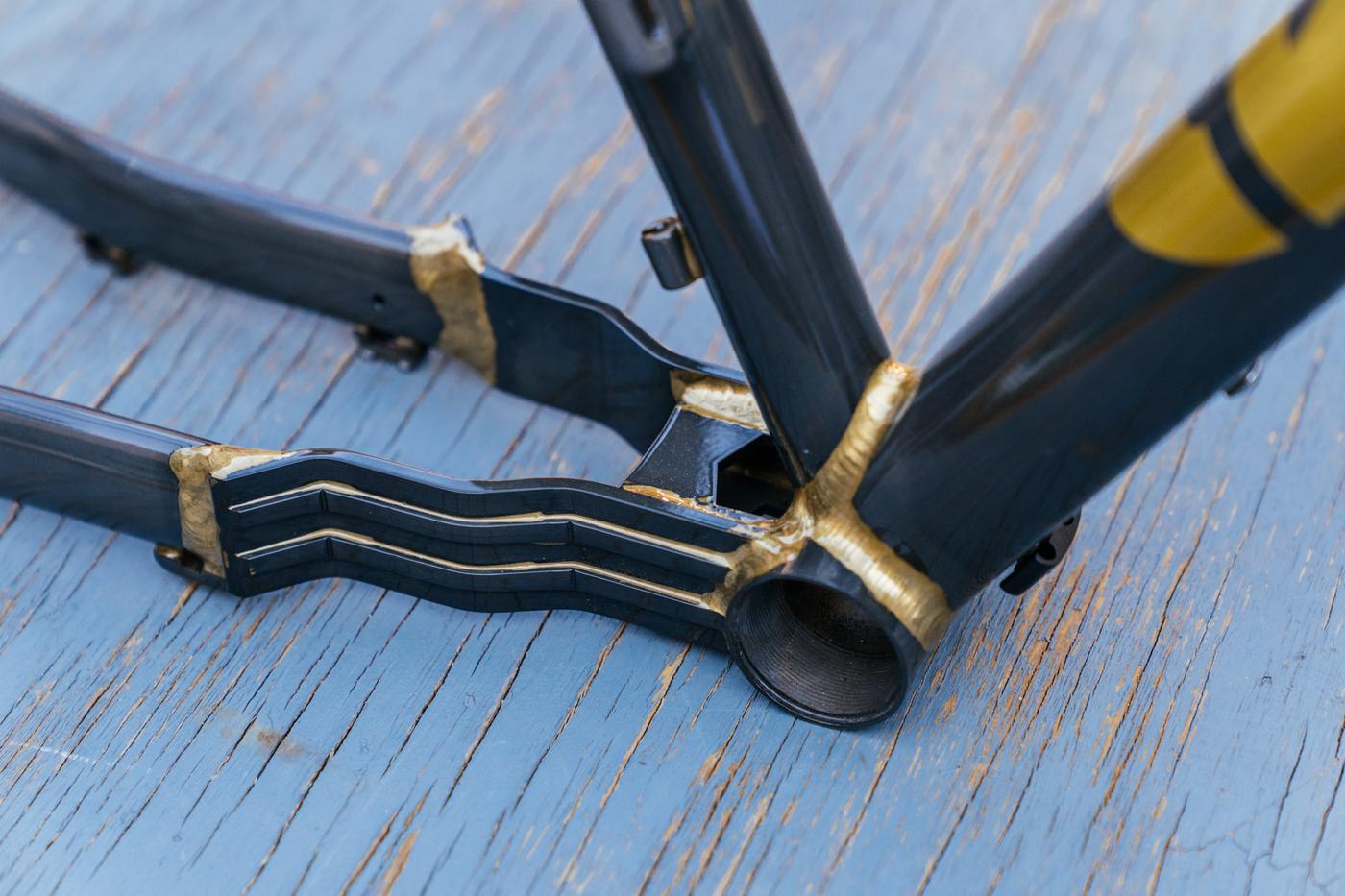 Now, Moné’s offerings are split into two categories: the first is the Taiwanese production frames. Cjell carefully selected a family-owned facility in Taiwan to work with. He visits the facilities frequently, hashing out new ideas and designs with the facility, and ultimately making his bikes more affordable to everyone. The second tier in this cottage industry company is his 100% custom builds. Bailey’s bike is a good example of this. A rider comes to Cjell with specific ideas and Cjell makes them a reality in his Silver City, NM shop. 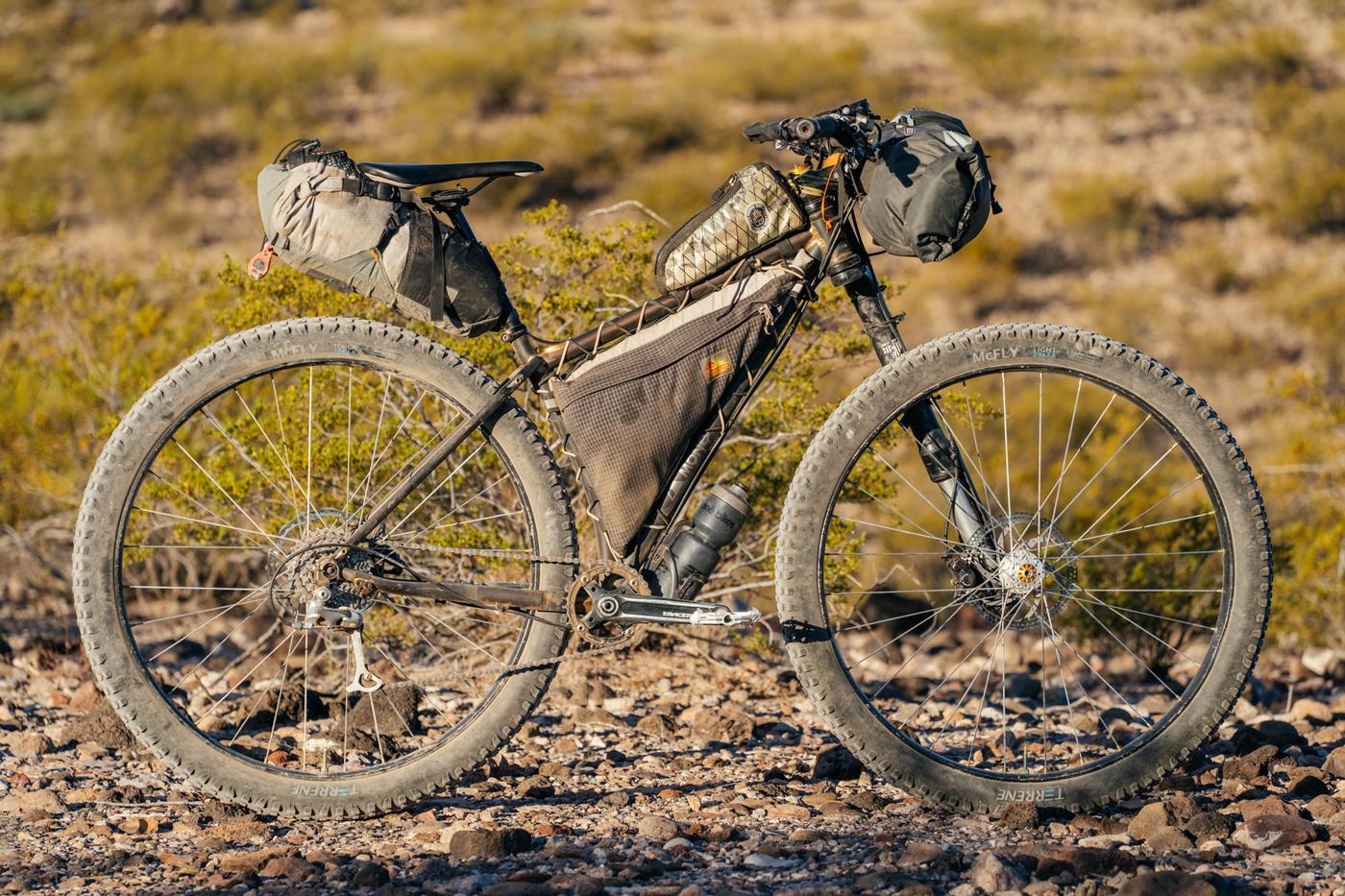 On the Dangerbird, Cjell brought along a bike that is the byproduct of a life-long effort to ride all around the world, both unloaded and loaded down, as seen here. This bike is technically a V2 in this lineage as a predecessor frame took Cjell all over Asia and South America before its untimely failing and subsequent retiring. 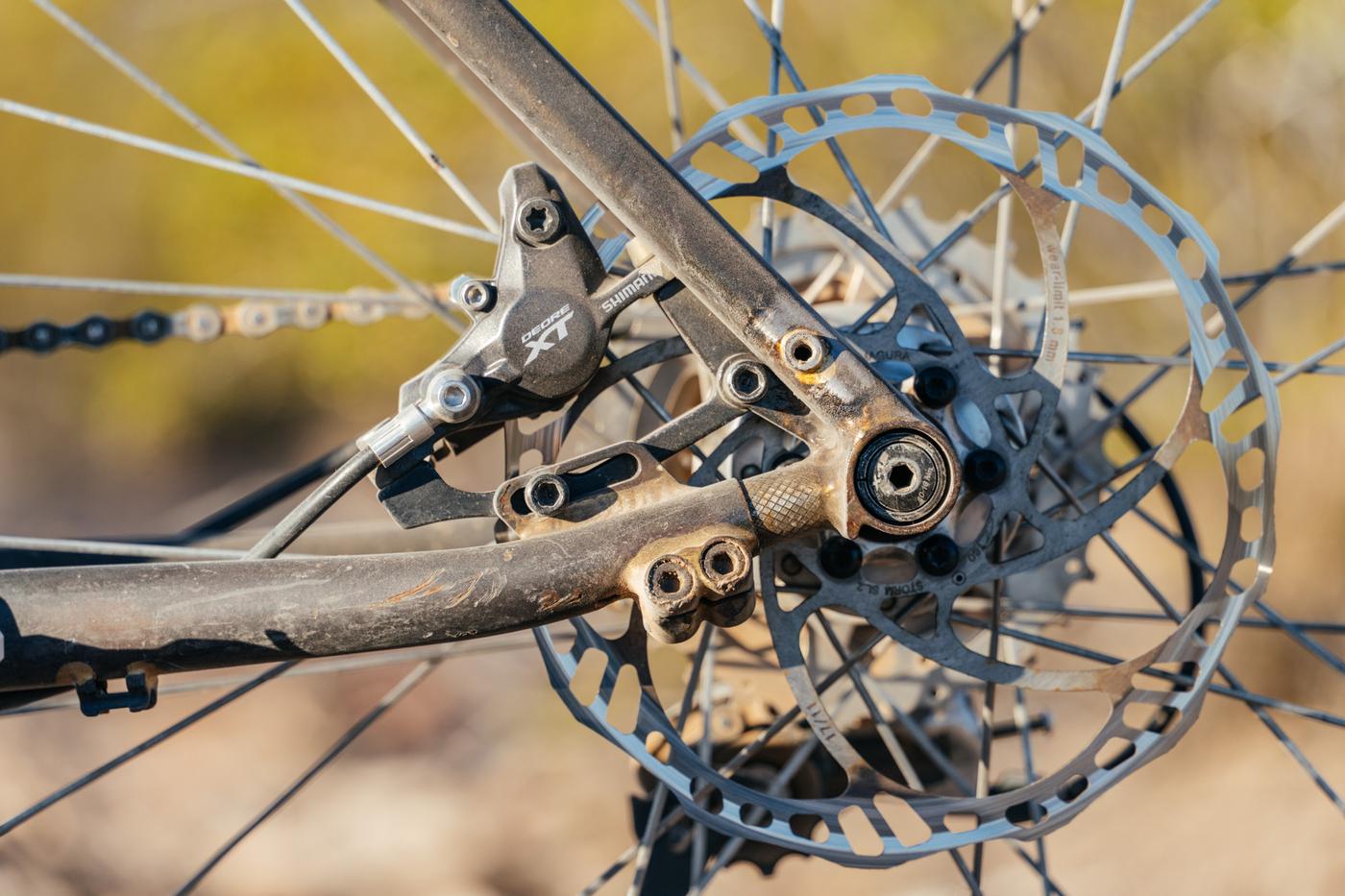 Some of the details from the current rendition of Cjell’s personal shred sled are a beefier headtube junction, reinforced seat stay cluster, and yeah, those nifty sliding/tensioner singlespeed-optimized dropouts. One of the entertaining moments on our trip was when we ran into a BLM ranger, who instantly gravitated towards Cjell’s 130mm travel Lefty fork, completely overlooking the steel masterpiece of a chassis on which it was attached. We all had a chuckle as the ranger realized his oversight and in an embarrassed manner, complimented Cjell on his unique creation. 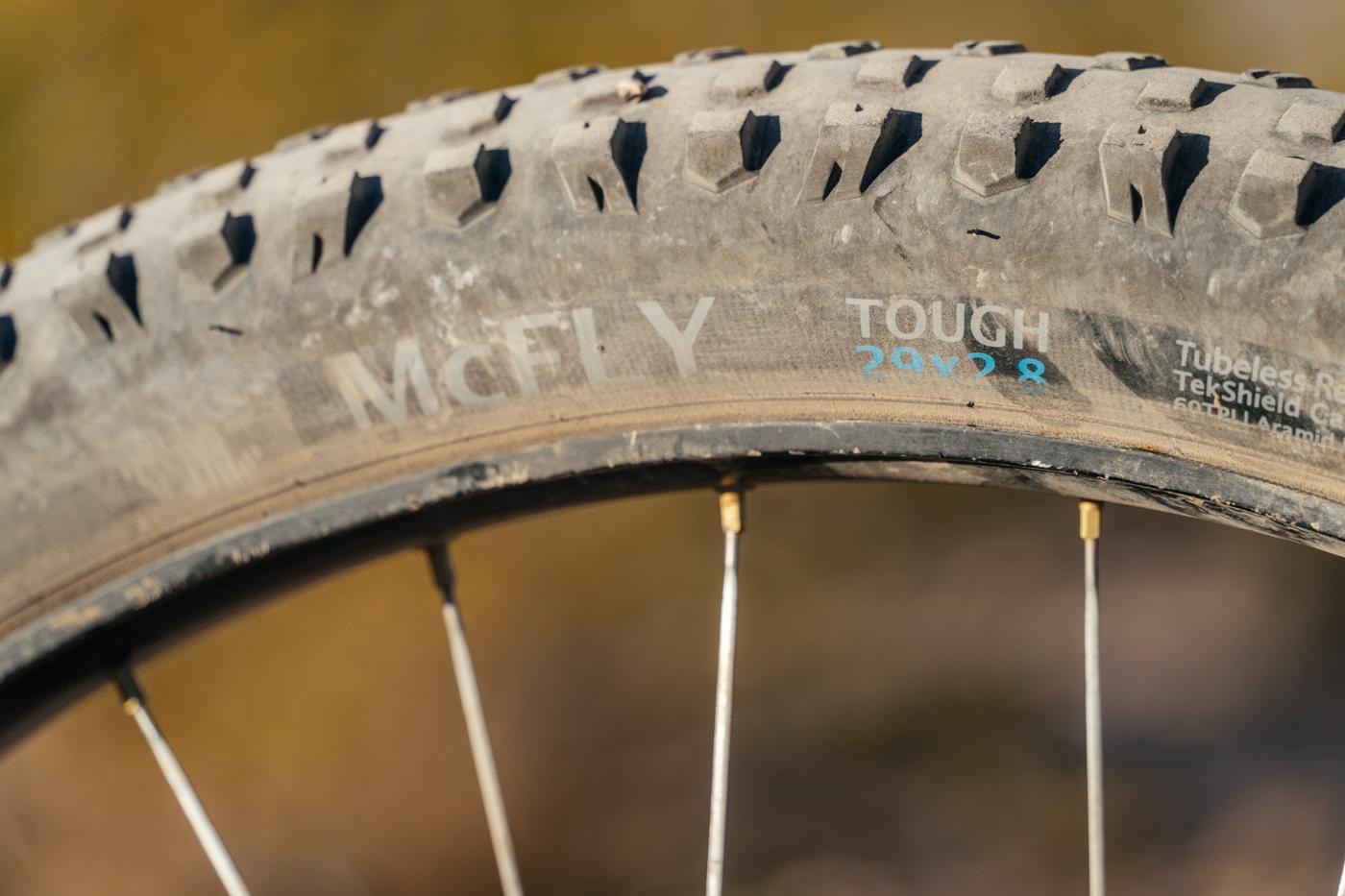 29×3 is an incredible touring platform. It’ll tackle the roughest of desert roads, boggy alpine fields, and saturated jungle two-track. A majority of our discussions this weekend centered around the future viability of this platform. He and I both expressed an interest in funding a possible 29×3 touring tire if one day supplies dry up. Cjell has a relationship with Terrene Tires and was excited to learn that the chonky and thicc platform wasn’t going anywhere… for now. 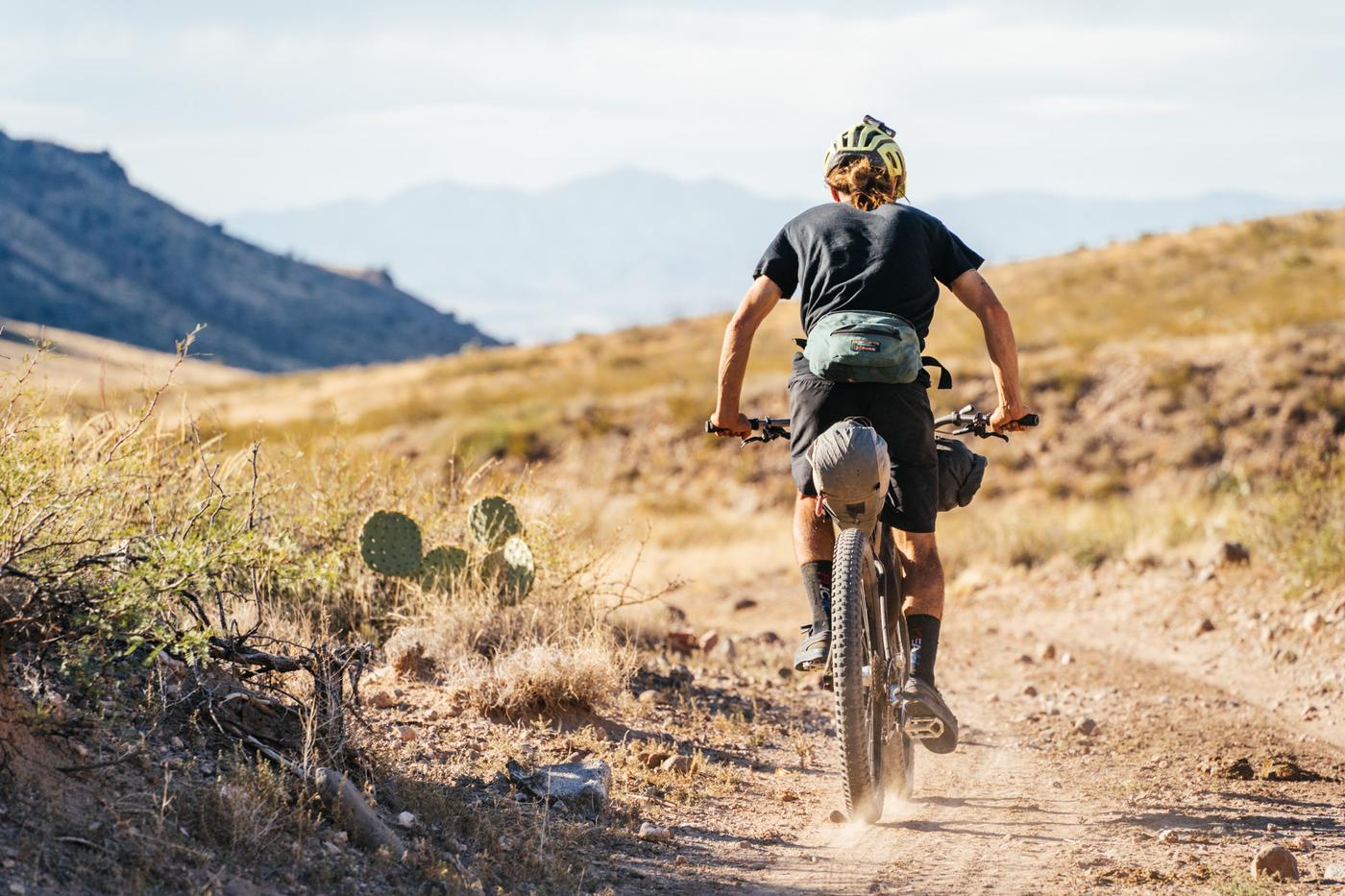 What constantly impresses me about framebuilders is their proclivity to create truly unique and innovative designs for themselves first, before offering these designs to the public and a guy like Cjell ensures he’ll put it through the proper wringer. 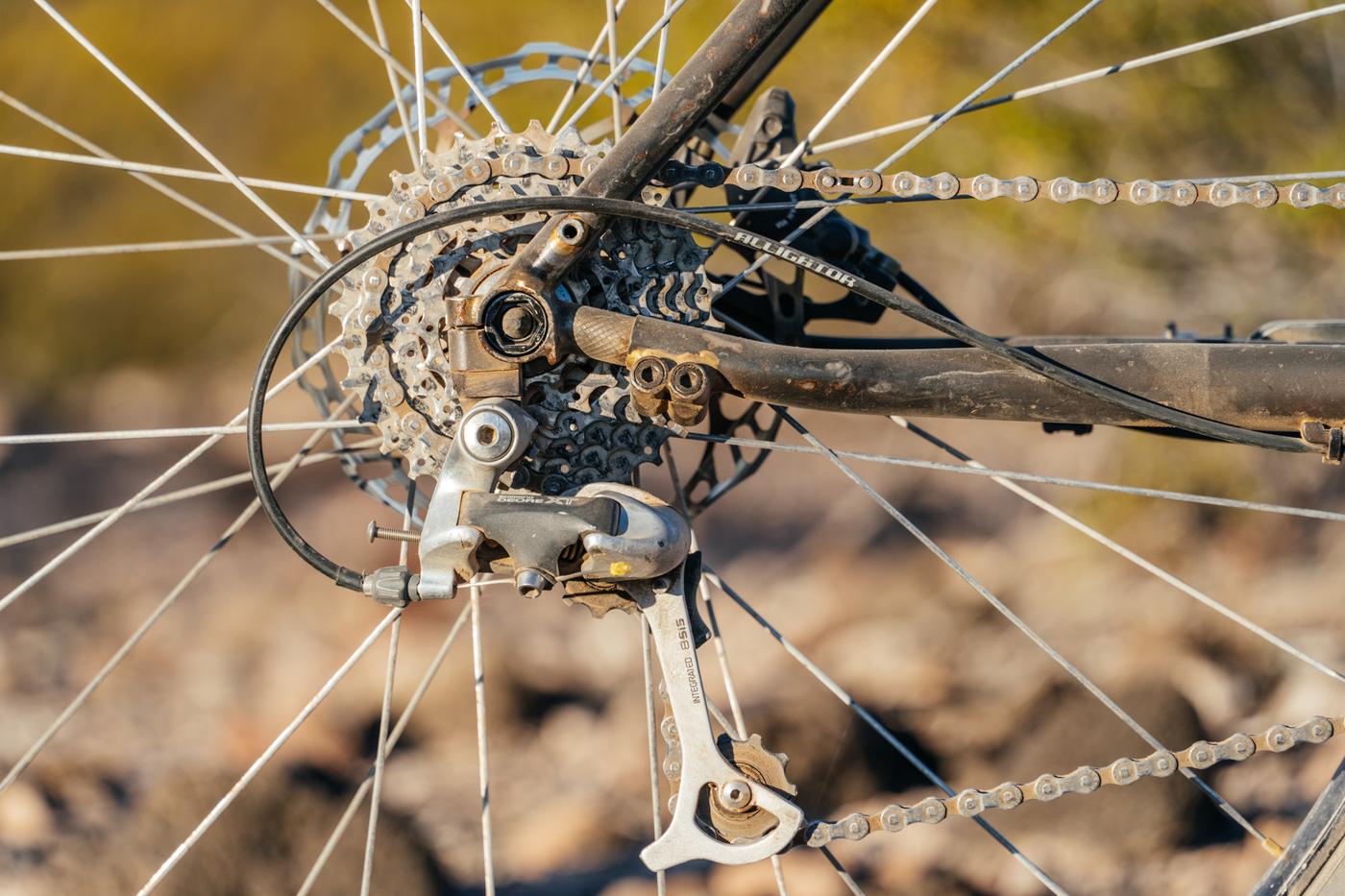 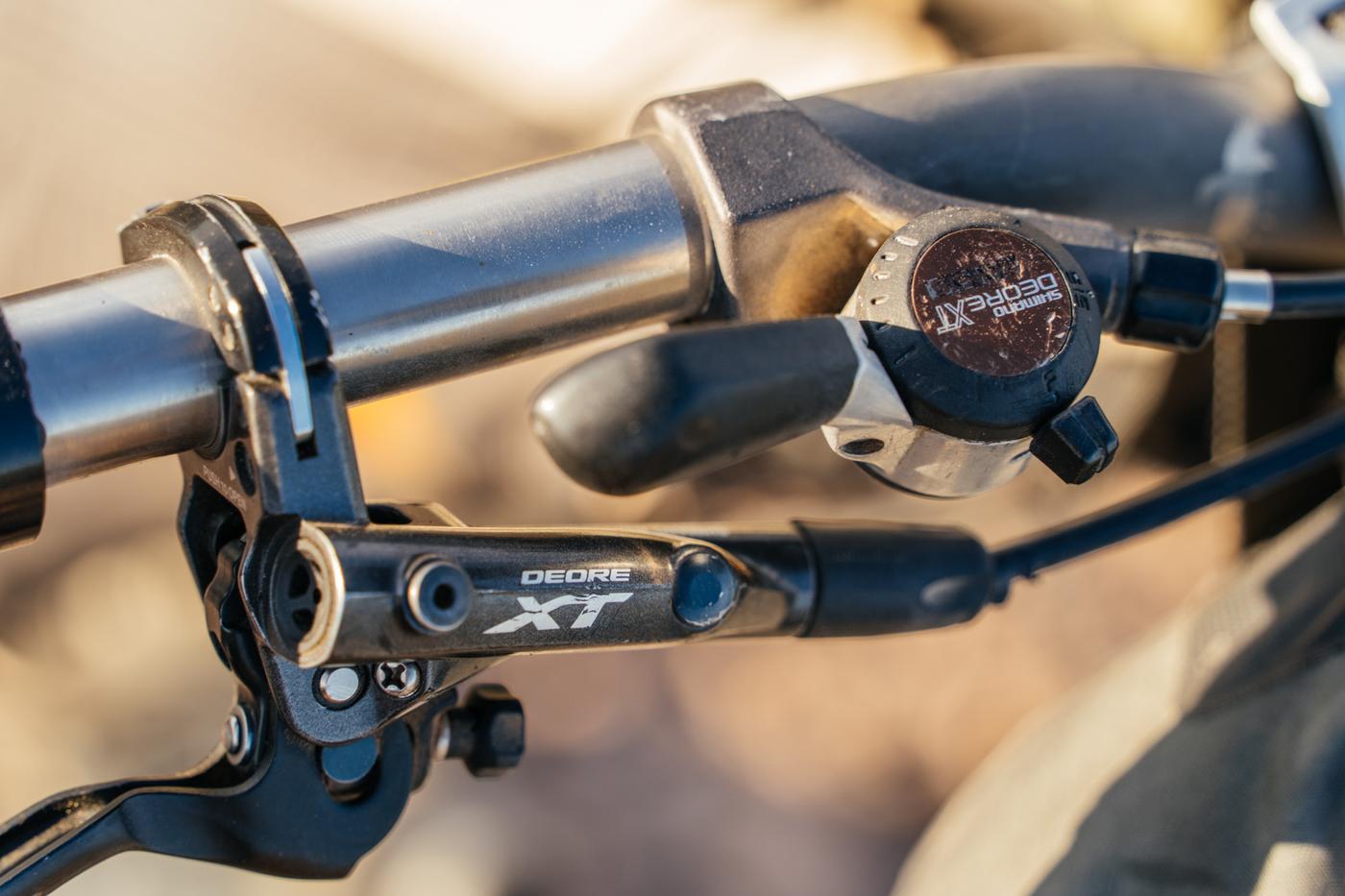 This build centers around a makeshift 8-speed cassette with friction shifting via an 8-speed Deore trigger. OddMoné bars tie the room together so to speak with an Andrew the Maker TT bag, Nuclear Sunrise bags, and a set of pedals Cjell bought in Mexico when his old platforms gave up the ghost (check out those pins!) 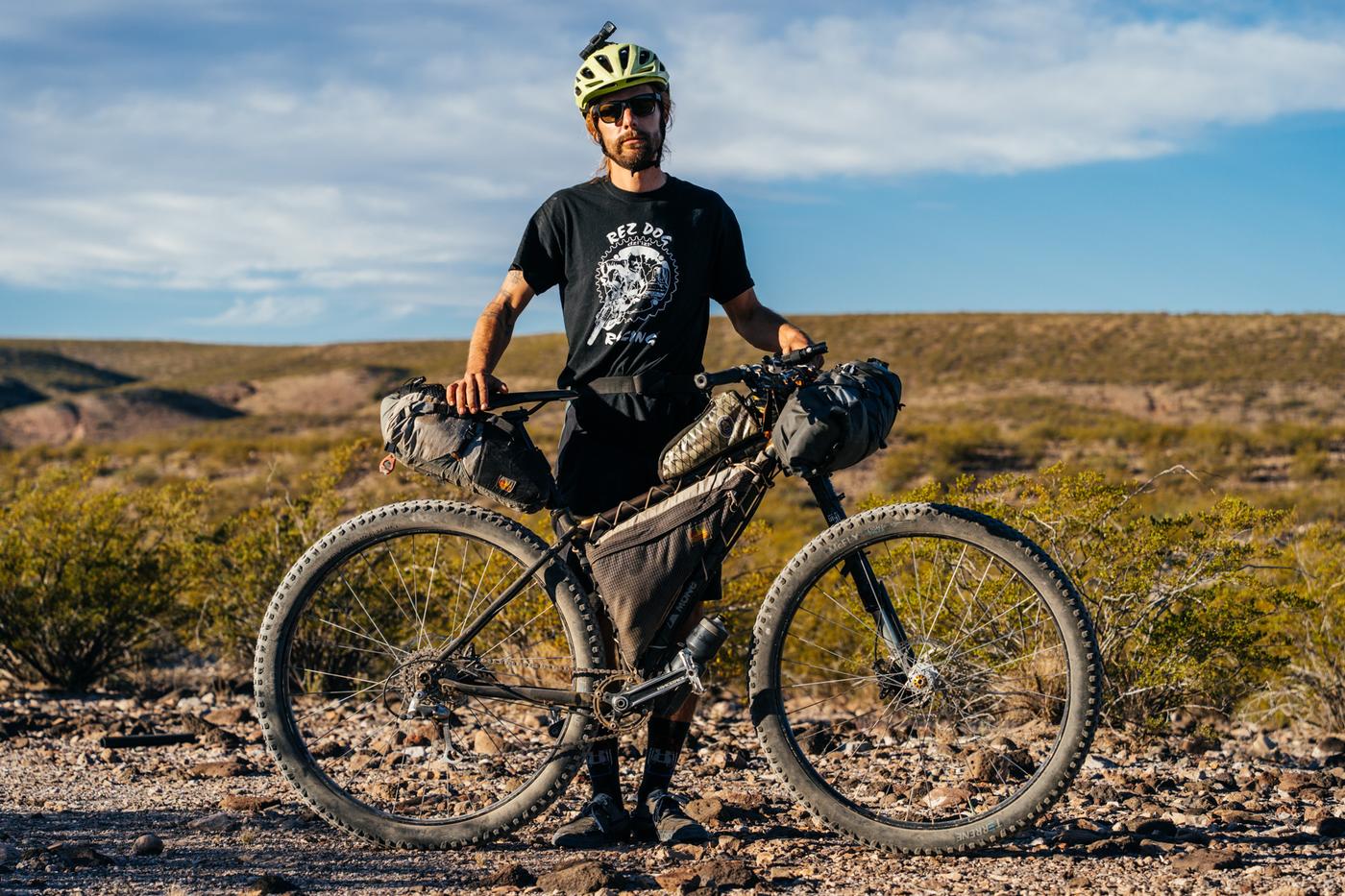 Cjell and his partner run Moné Bikes from their digs in Silver City. If you missed Spencer’s excellent Shop Visit from a few years back, I highly suggest checking that out next! Thanks for being a fun and funny dude, Cjell. See ya on the dusty trails!