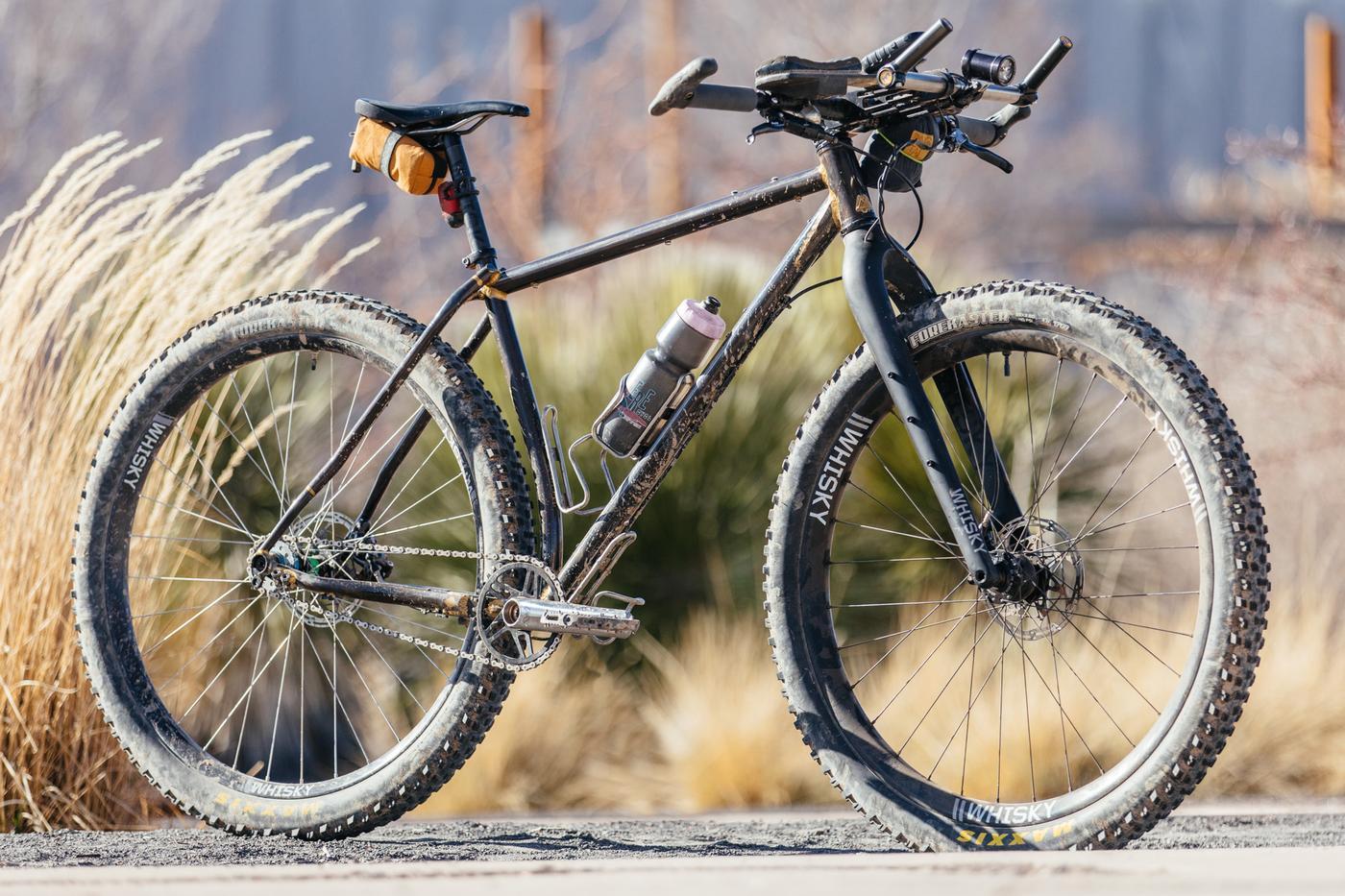 Many of the parts came straight off the Woodsmoke, including the bars, aero setup, wheels, and drivetrain. Just to recap though, let’s look at what’s included in all that. The one upgrade he sprung for were the eeWings cranks, mated with a Wolf Tooth ring, and Endless Bike singlespeed cog and spacers. The rear wheel is a DT Swiss, laced to Whisky rims, with the front rolling on a SON hub. He’s got that new Whisky fork on it too! His bars are mated with the BarYak.com aero extensions, with a Sinewave Beacon light. He’s using the heavy-duty Hellbender 70 headset from Cane Creek with bigger seals and more grease. One less thing he’ll have to worry about on the TDR. 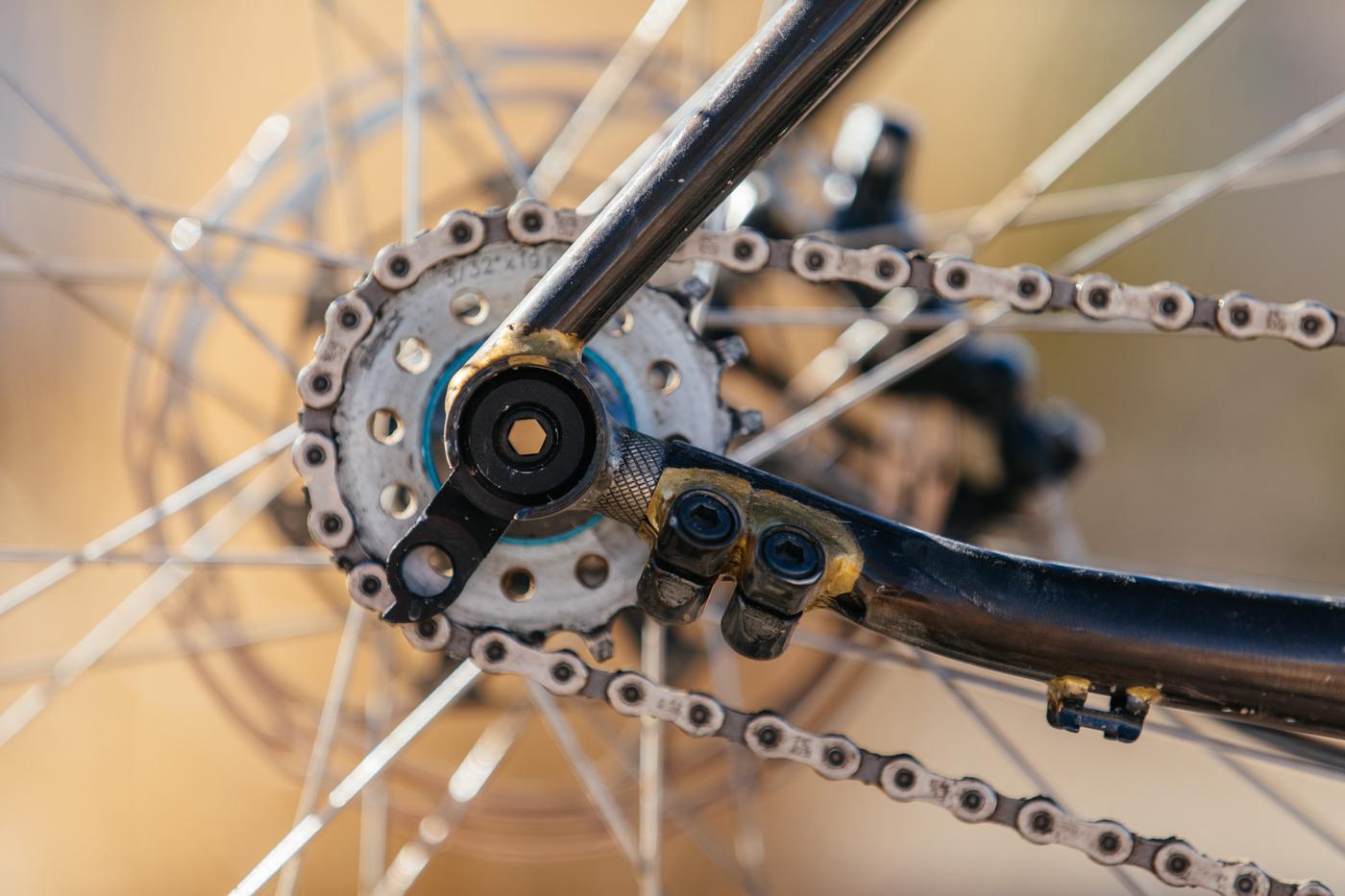 As for the frame, Bailey pinged Cjell with a few ideas and Cjell pinged Bailey back. This whole bike is custom. It’s not one of Moné’s stock offerings, so the numbers all came from Bailey. Initially, Bailey wanted Paragon sliders, but Cjell sold Bailey on his own system, which is really genius. His frame ends are knurled, and they slip into the chainstays, where they are bolted down, allowing you to pull them out for proper tension. It’s really genius! It would be awesome if that was a retrofit option for existing bikes. 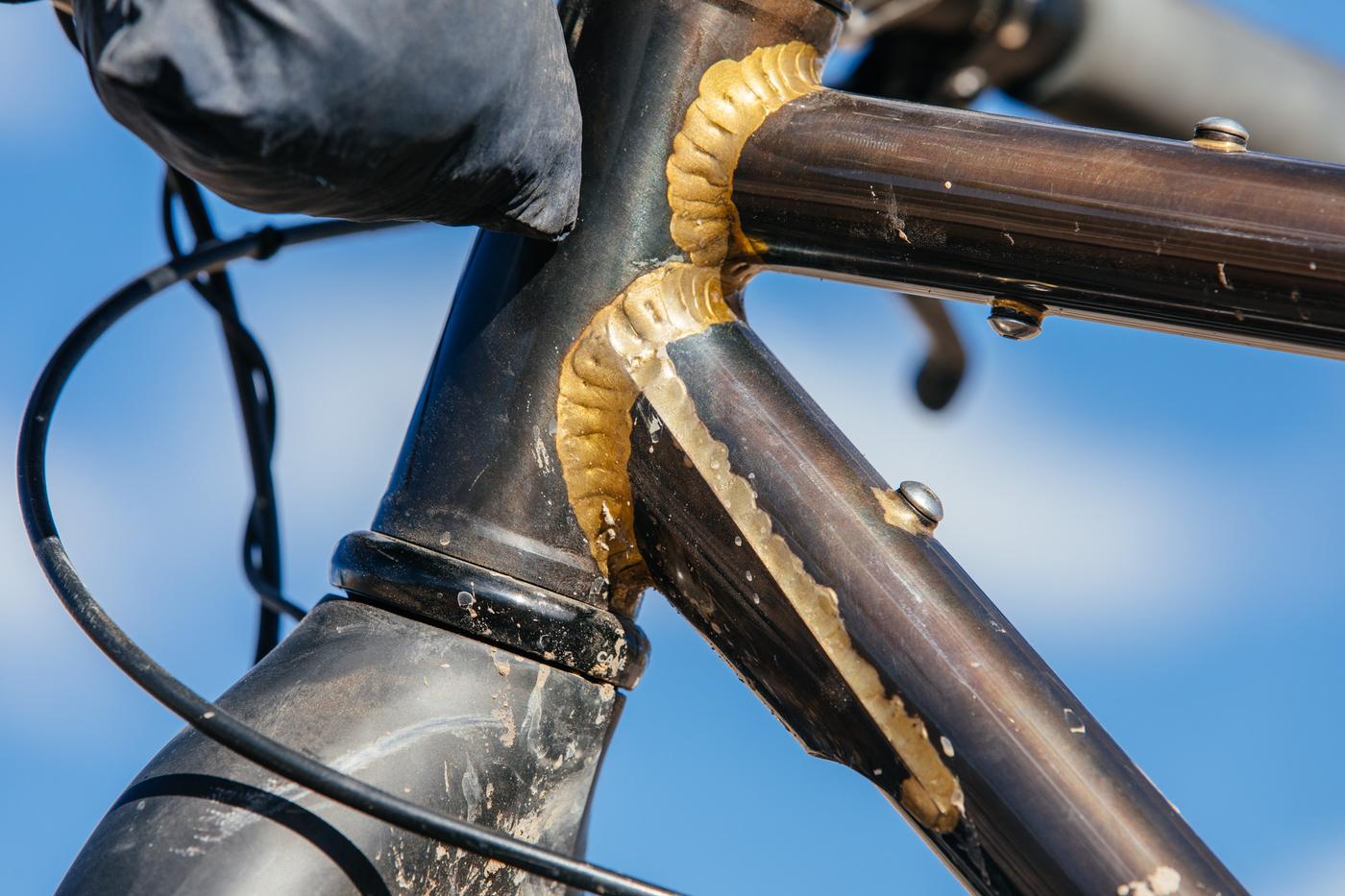 Next up, Cjell really wanted Bailey to use a bolt-on frame bag that attaches to these aluminum channels which will be affixed to the frame. Later on, once Bailey has his bag, I’ll be sure to document the system. 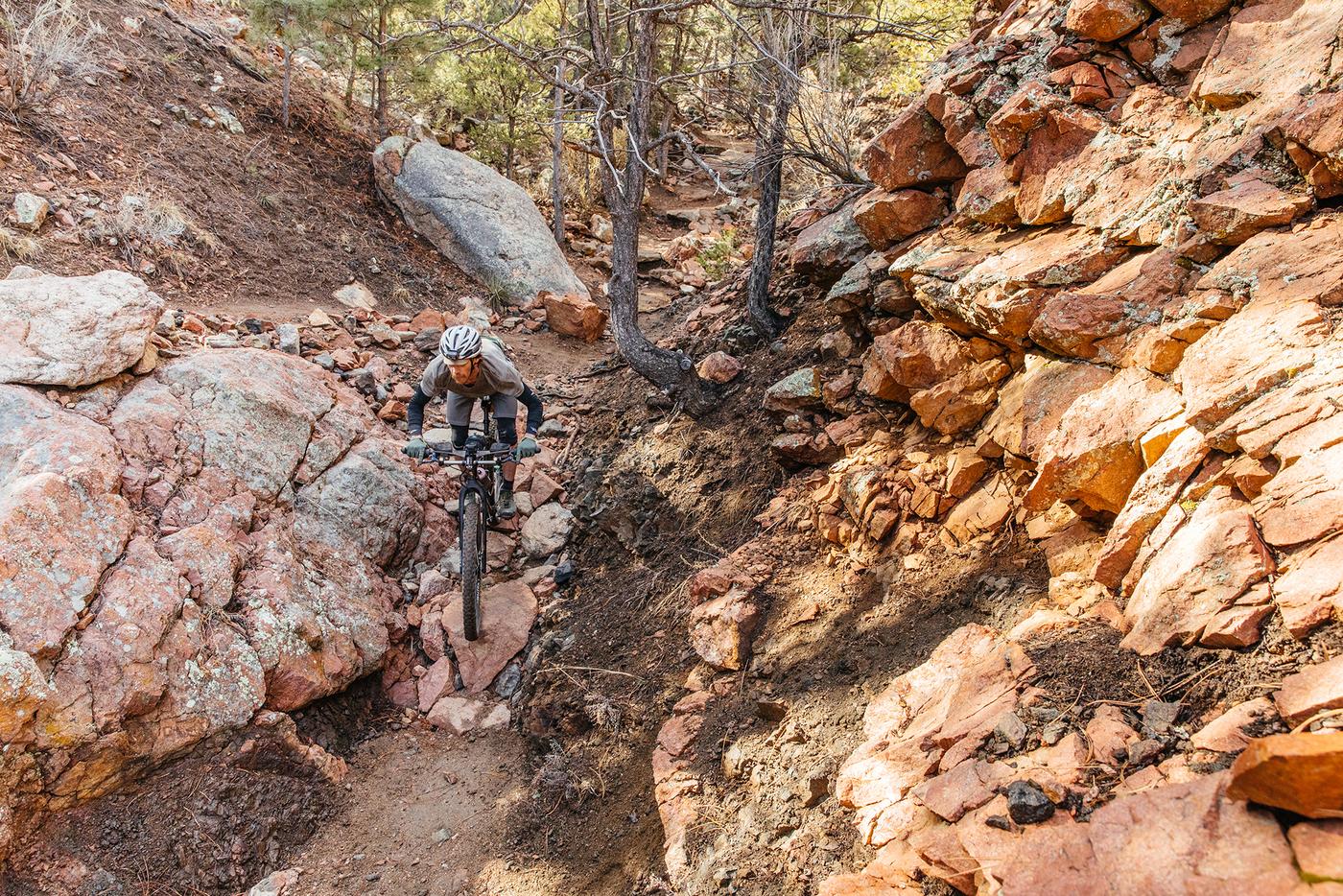 All in all, this bike is Bailey’s commuter, which he pedals into town every day, then takes off on after-work rides on. He’s been camping on it, touring on it, shredding on it, and even some fun street jibs! Dirt roads, doubletrack, singletrack, and everything in between. It’s a one-trick pony! We had a lot of fun shooting these photos over the past few days, so I hope you enjoy!

Sincere Cycles is open to appointments only during the Covid 19 pandemic, so you can message him on Instagram to check it out. If you’d like a Moné, he can set ya up, or if you have any TDR questions, he’ll do his best to answer them.