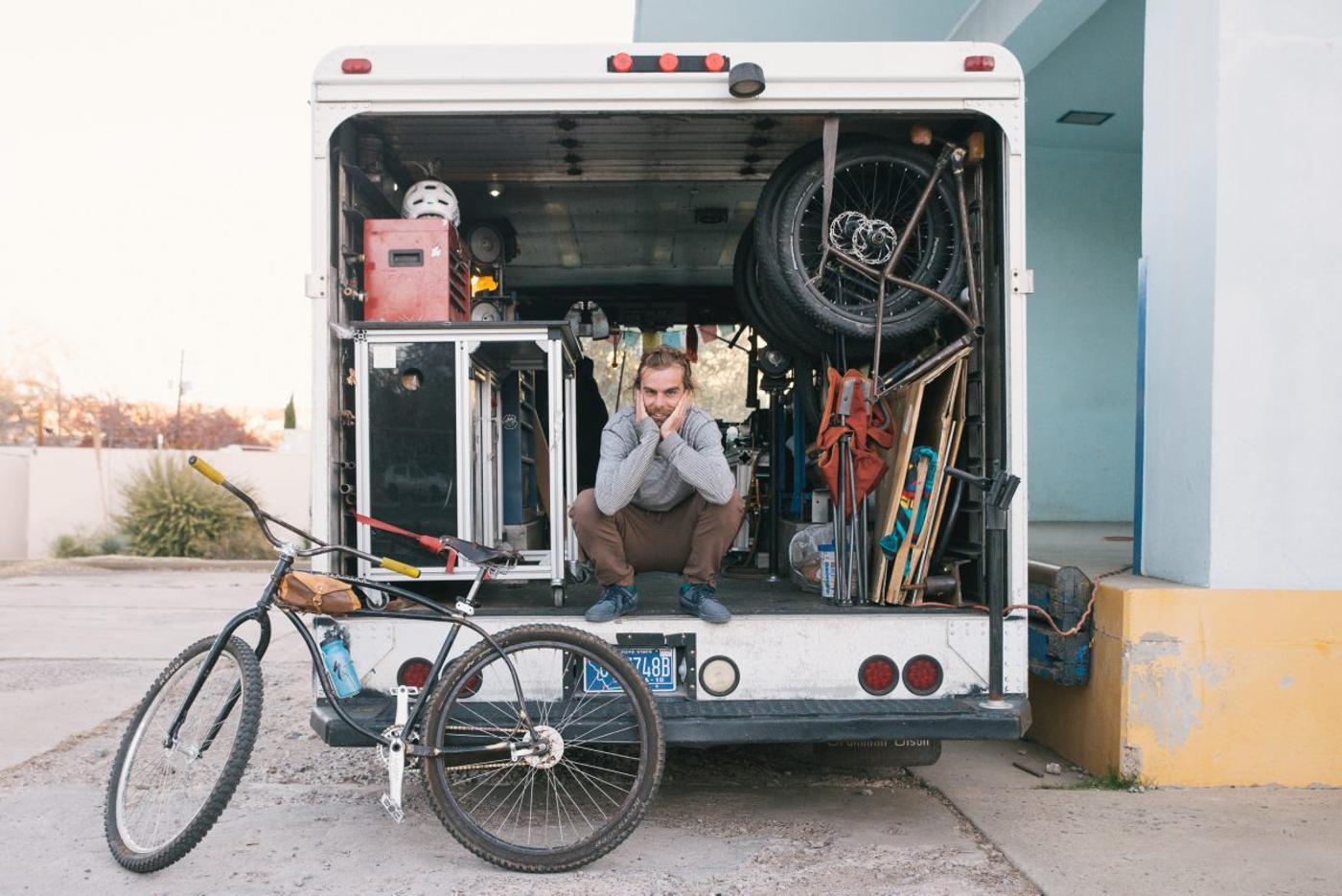 Cjell sent me an address to the town’s old Post Office which now lays vacant except for the basement which is  Moné Bikes HQ and the occasional event that use the main floor.  Out back is a 1990 Wonderbread truck that serves as his mobile frame building shop. After discovering the small and remote Silver City on his many Tour Divide rides, he finally decided that he was in love and is now looking at real estate.

But let’s go back a ways to where this all began in an old VW bus parked outside Black Sheep Bikes in Fort Collins.  He began apprenticing and working under James at Black Sheep before he moved onto Vail to do his own thing, where traded weed for rent in a pool maintenance room.  After having completed a thru-hike of the Pacific Crest Trail all with gear he had made himself, he thought why not make a bike for the Tour Divide in the same fashion. Thus was born the bike I saw at Adventure Cycling HQ.  For the next few years, Cjell bounced between Oregon, Colorado, Minnesota, Asia, and New Zealand.  After all those travels he came back and decided to set up in the current bread truck shop where he still does all of his custom orders.  Besides his custom one-off bikes, he has a small production run of two frames, El Continente and La Roca.  These frames were built in Taiwan where he personally spent time working with a small family factory on the run.  There is a lovely piece he wrote about his time abroad here 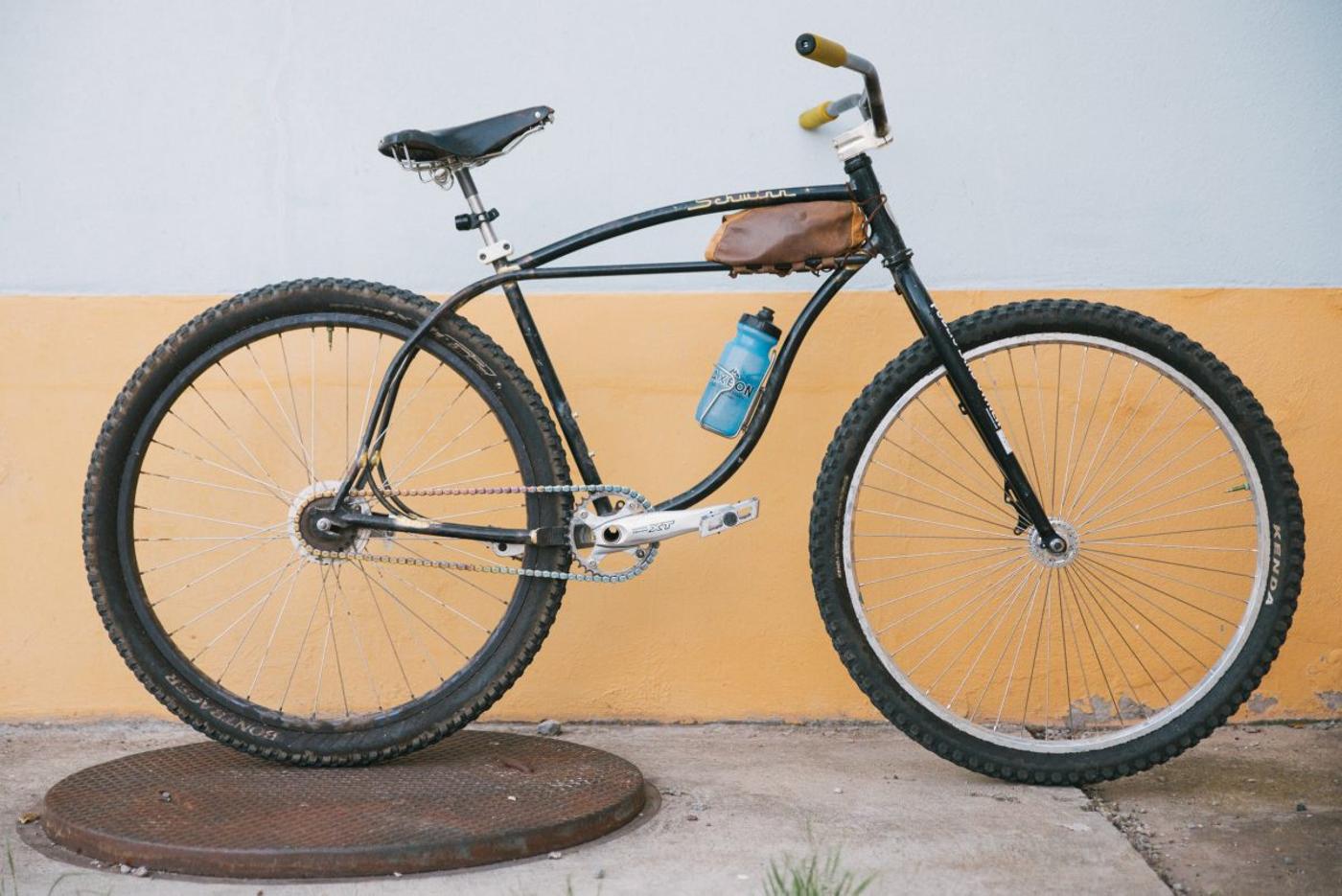 Though Cjell has many amazing bikes he has built his current love affair is with a 1962 Schwinn Cruiser that he has chopped and screwed. His high-tech modifications include a tukt rear triangle featuring the latest 29er coaster brake technology, custom spun Mr. Tick seatpost, and a Krampus fork squeezed into a 1 inch headtube.  I’ll be honest, I still couldn’t keep up with Cjell on this damn thing.  He definitely doesn’t fake that funk on a nasty klunk.

He was nice enough to take me and my partner on the usual Taco Tuesday ride outta town.  A lovely romp in the hills along a few sections of the Continental Divide route with a few new sections of buff-buff single track.  Also, no ride would be complete without a few turns around the local skatepark. 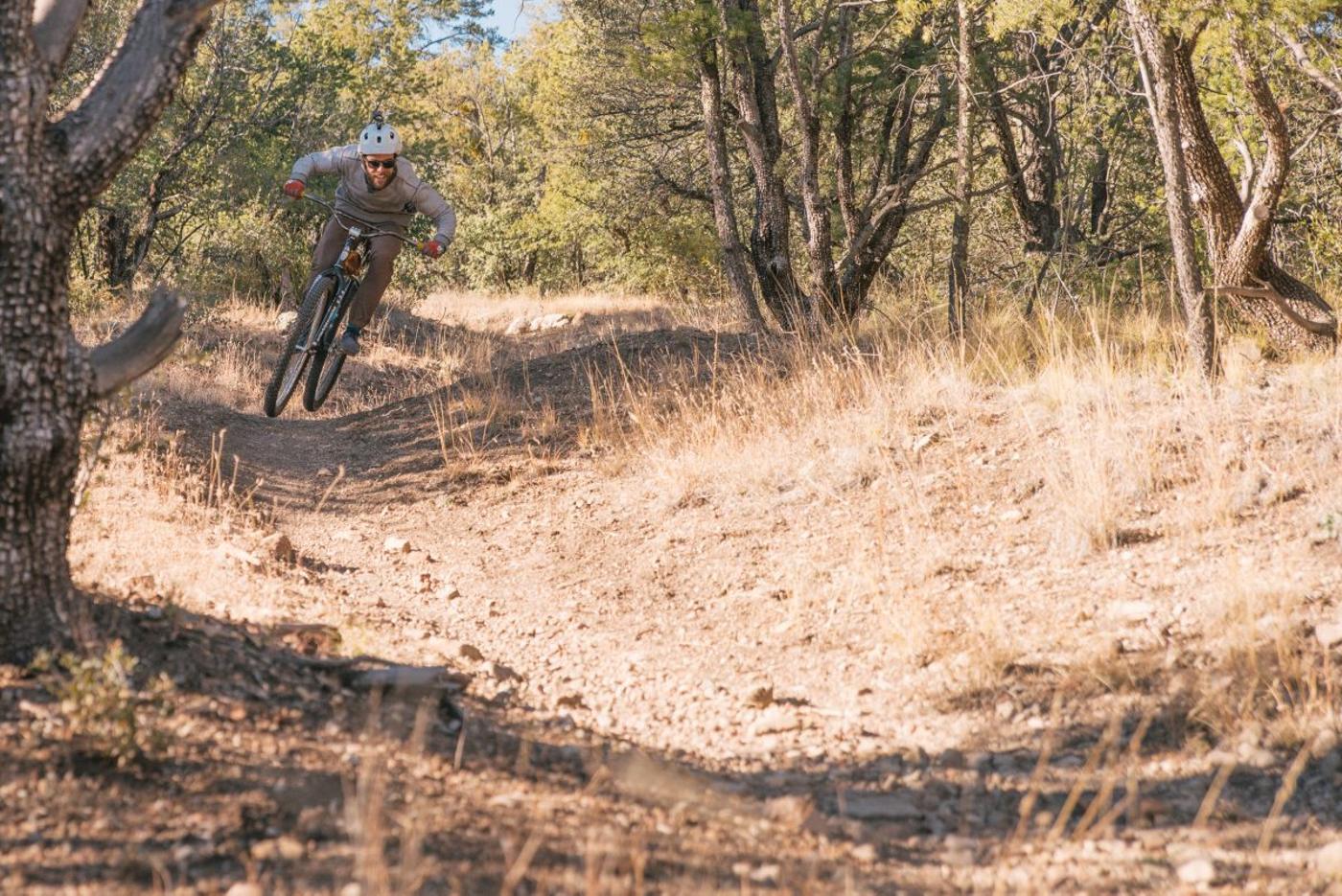 Cjell’s bread truck shop is home to some truly inspiring innovations to make such a small space functions as a full-on shop.  His modified lathe for cutting down tubes is unlike anything I’ve seen in any other shop.  I had also never seen a flux bucket before, a device for adding flux in-line when brazing.  His brazing style, more a bead than fillet, necessitates such specialized equipment. It’s all pretty damn impressive. 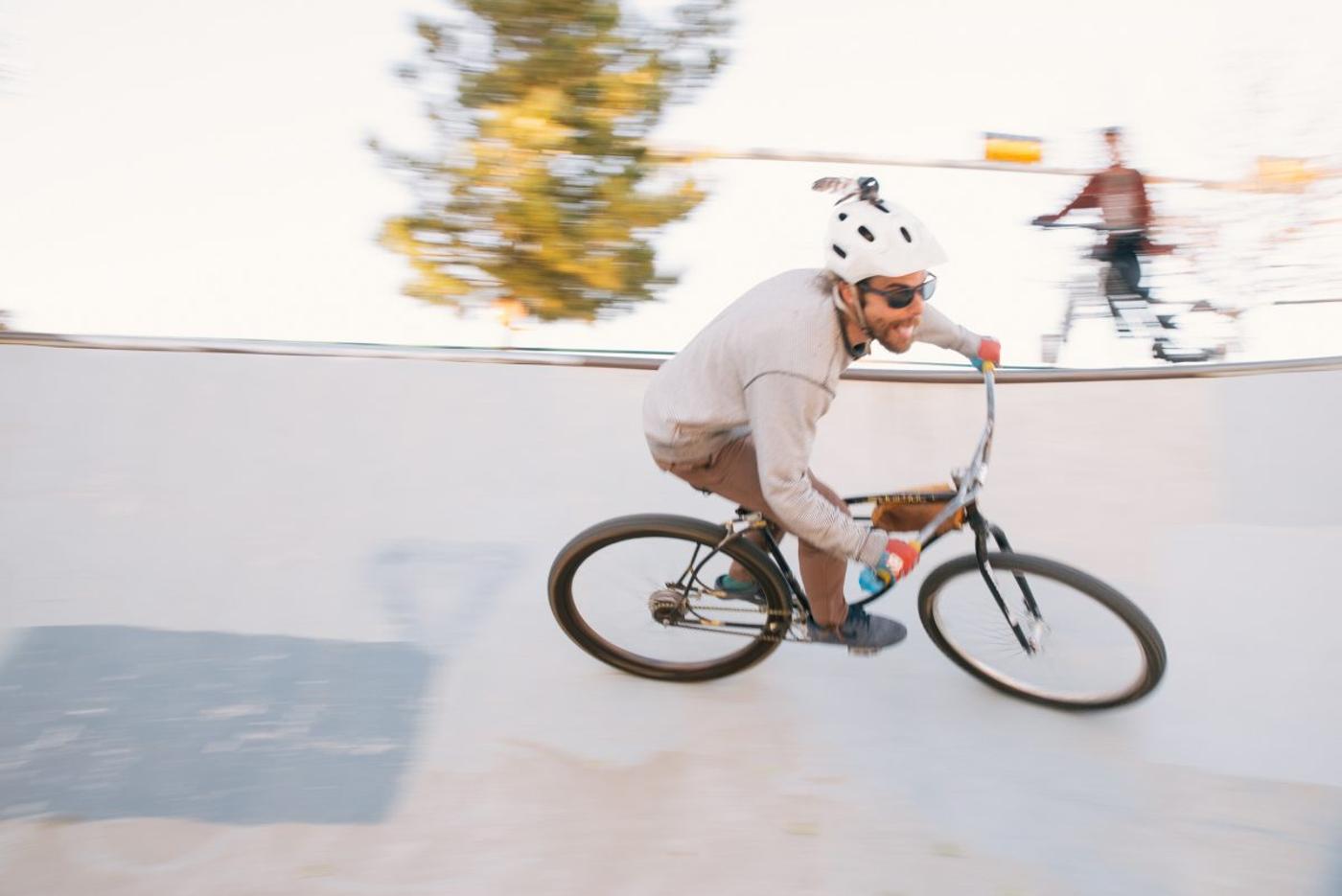 Cjell has been there and back, probably on a single speed nonetheless, he’s cultivated a truly impressive style, a perfect brew of old and new.  He wants to make bikes with a soul, and he’s gone around the world and sparked up torches alongside the masters, domestic and abroad, to do so. 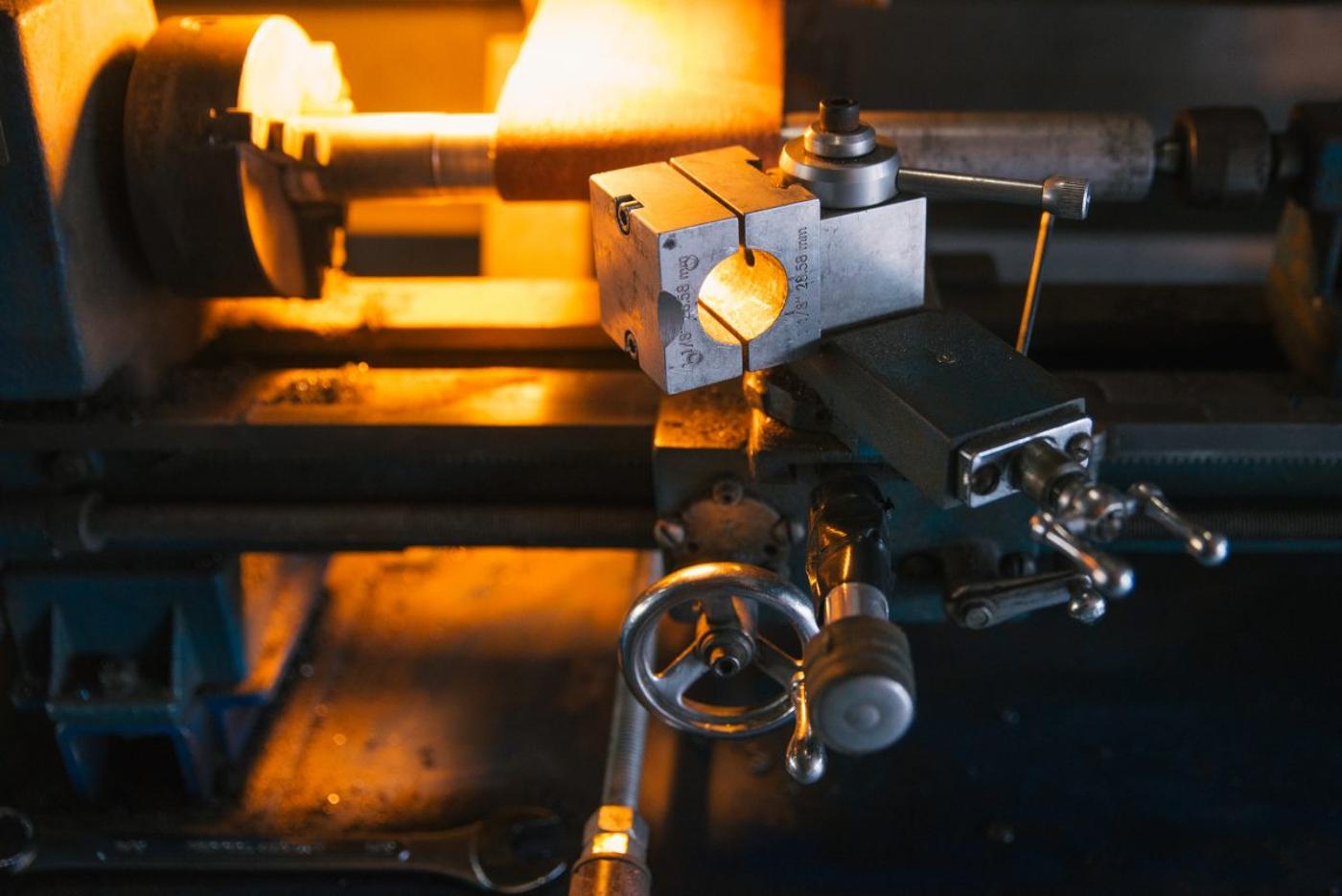