Flashpacking Through the Tasmanian Mountains 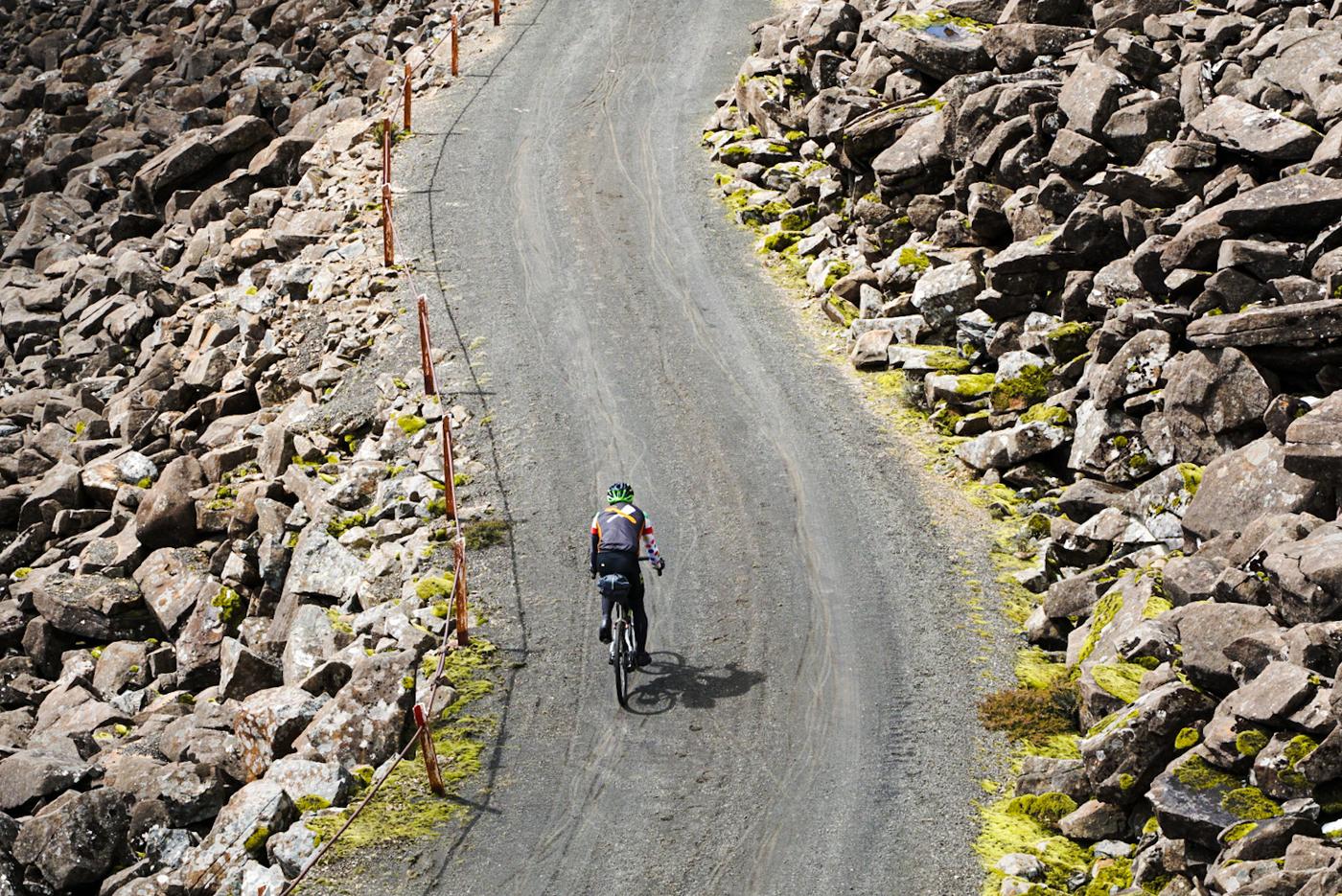 Whether you recognize the name of the game or not, you’ve probably played Moksha Patam. Most of us know it as the kid’s game, Snakes and Ladders. The object of the game is simple: roll a dice and navigate your way from the bottom to the top of the board. Land on a ladder and you’re lifted upwards. Land on a snake and you’re taken back to where you started. But the path from the bottom to the top of the board isn’t as straightforward as these simple rules would have you believe. The path to the end has many twists and turns, and each player forges their own unique path through to the end of the game.

Snakes and Ladders is an apt metaphor for where we find ourselves in the current global climate. Adapting to new challenges, navigating different paths, trying to find those ladders that propel us onward and upward while avoiding the snakes that want to pull us down. Working within new constraints to find adventure close to home. Turning inward, but moving forward. The board that the game is played on might be smaller, but the goal remains the same. 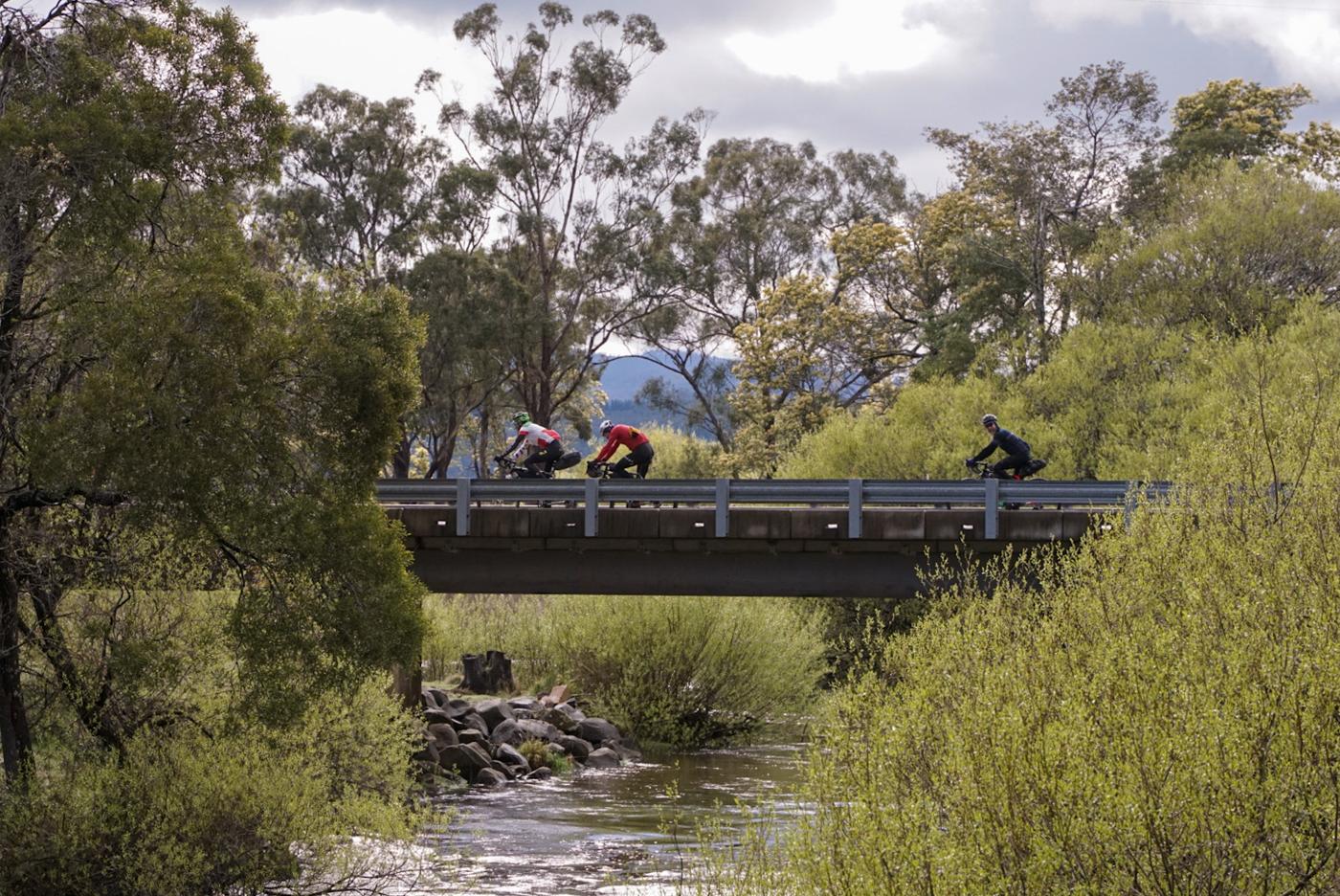 In the Australian island state of Tasmania, the land is just waking up from a deep winter slumber. It’s Spring in the southern hemisphere. Spring has always represented rebirth, an emergence from hibernation. Spring means new life, and with it, new opportunity.

Opportunity is very much a matter of perspective. The same glass can be seen as half full or half empty.  As an island about ¼ the size of Colorado, separated from the rest of Australia by 491 miles of some of the roughest seas in the world, Tasmania has been spared the worst of the recent pandemic. Cases are in the single digits and apart from the fact that residents can’t leave the island and the tourists are absent, life is fairly normal.

Much like the British convicts that were originally banished to  the island once known as Van Diemen’s Land, leaving Tasmania isn’t currently an option.  But as Moksha Patam has taught countless generations of players, to move forward you need to look inward. The biggest lessons are learned by being present, by finding meaning in what is right in front of you. That’s how you move up the board.  Focusing on all of the things you can’t do, the ‘if only” narratives, just means moving backwards. That’s where snakes are coiled and waiting to bite.

In these challenging times, finding meaning and adventure close to home isn’t a consolation. It’s an inspiration. There’s a joke that everything in Australia wants to kill you. There’s some truth to that. There are three species of snake native to Tasmania: the white-lipped snake, the lowland copperhead, and the tiger snake. All of them would put your resting heart rate to zero within a few minutes if you were unlucky enough to meet the business end of their fangs.

But there are also lessons to be learned from our cold-blooded brethren. Snakes depend on external sources of heat to raise their body temperature. As a result,  winter means hibernation. Turning inward.

COVID and the associated isolation, whether physical or geographical, has forced most of us to confront hibernation on many different levels. Months and months training indoors. Months and months dreaming of the outdoors. But just like the snakes, once our collective temperatures start we rise we awake from hibernation hungry and ready.

And just like the snakes, the undulating ribbons of gravel start to come alive. 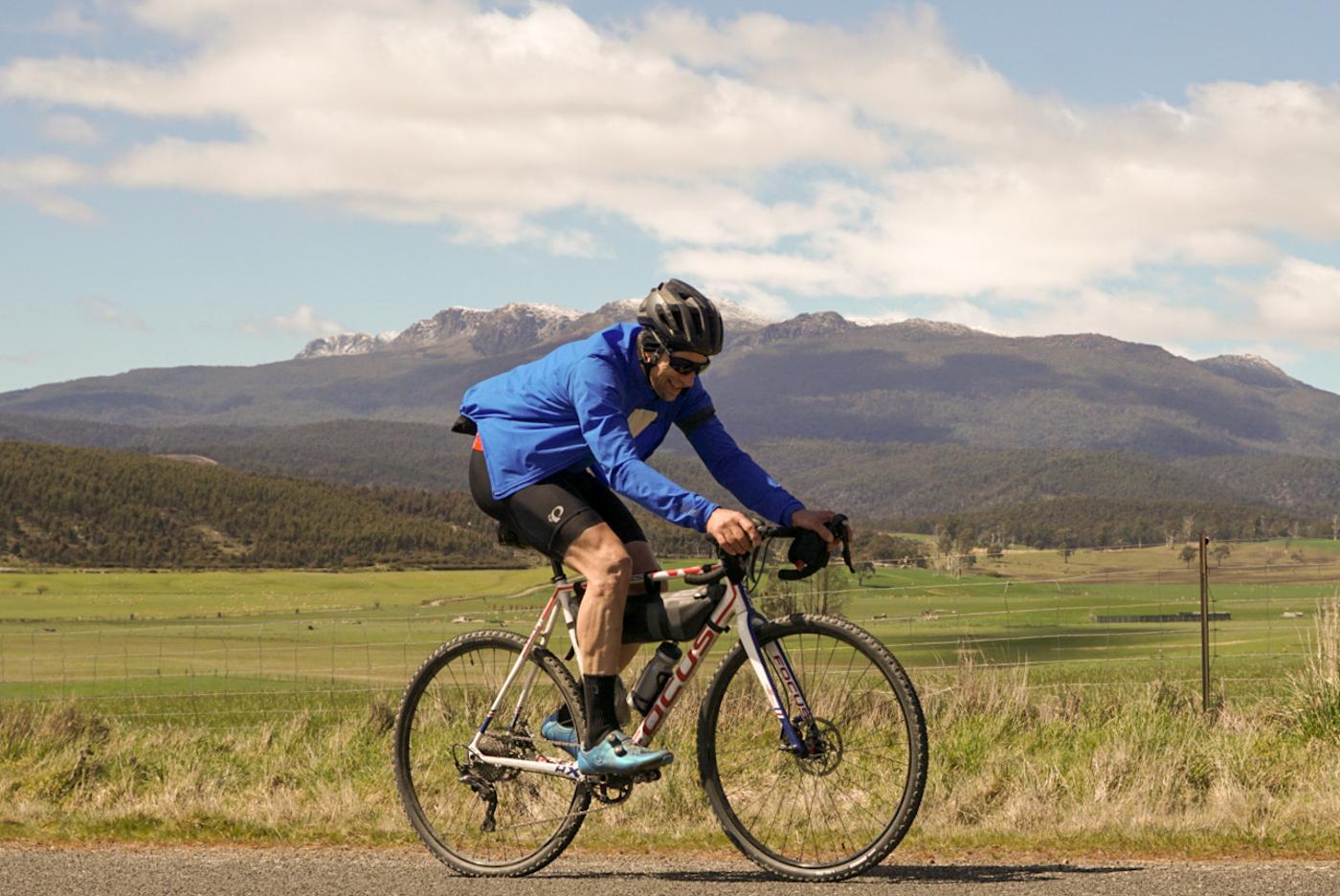 A ladder in the most basic sense is a way to move vertically. Most often upwards, but ladders can also be a means to go deep. In the case of bikepacking in Tasmania, ladders mean impossible ramps of gravel between spires of dolerite. Nearly impassable tracks between boulders of granite. Fields of scree that create amphitheaters of pain and (possibly) glory. Switchbacks that twist upwards, forming rungs under the ever-watchful eye of the Mountain looming overhead.

The ladder is also a metaphor.  It’s the consistent training required to climb out of winter, rung by rung, and build some semblance of fitness before spring. Each rung is a cold, dark wet morning when everything tells you to stay in bed but somehow, impossibly, you make it to the trainer and put in the work. Before the pandemic, winter training was made a bit more bearable by comradery.  Solitary suffering is now more the norm.

Whether alone or in company, ladders are how we move upwards. They are how we achieve a higher state of being. 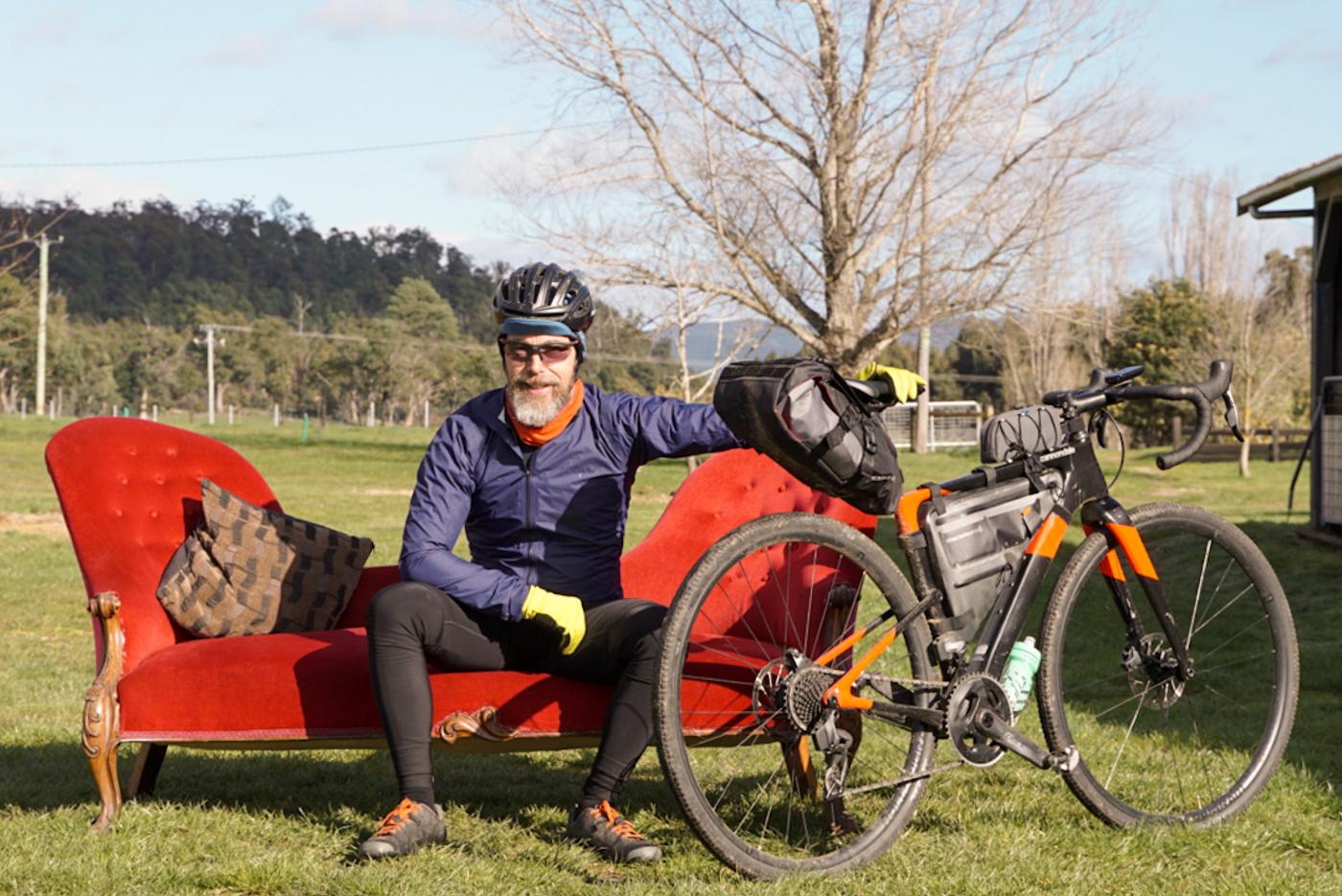 Enlightenment is personal, and there are countless paths to any given summit. Whatever gives you strength and comfort, whatever gets you to where you want to be, that path is valid. It could tackling a new route with your regular riding buddies, meeting new friends, or going out on a limb to plot a course through unforgiving mountains. It could be climbing endless switchback ladders and descending ribbons of gravel bordered by tree ferns. It could be banter and laughter with friends old and new. It could be a drop of whiskey at a local distillery to help you along your way in the chill of the morning. A long grind into snow-topped mountains. A hot cup of soup on the way down, courtesy of newfound mates. It could be a hot shower. A  local craft beer after a hard day of riding.

It could be watching your dinner that was grown on your host’s farm cook over an open fire. Or tuning out, turning off, and checking out from social media and those endless to-do lists. It could be getting up in the cold pre-dawn light of an early Tasmanian spring morning to the smell of coffee and bacon and egg sandwiches, followed by a hug with a camel. 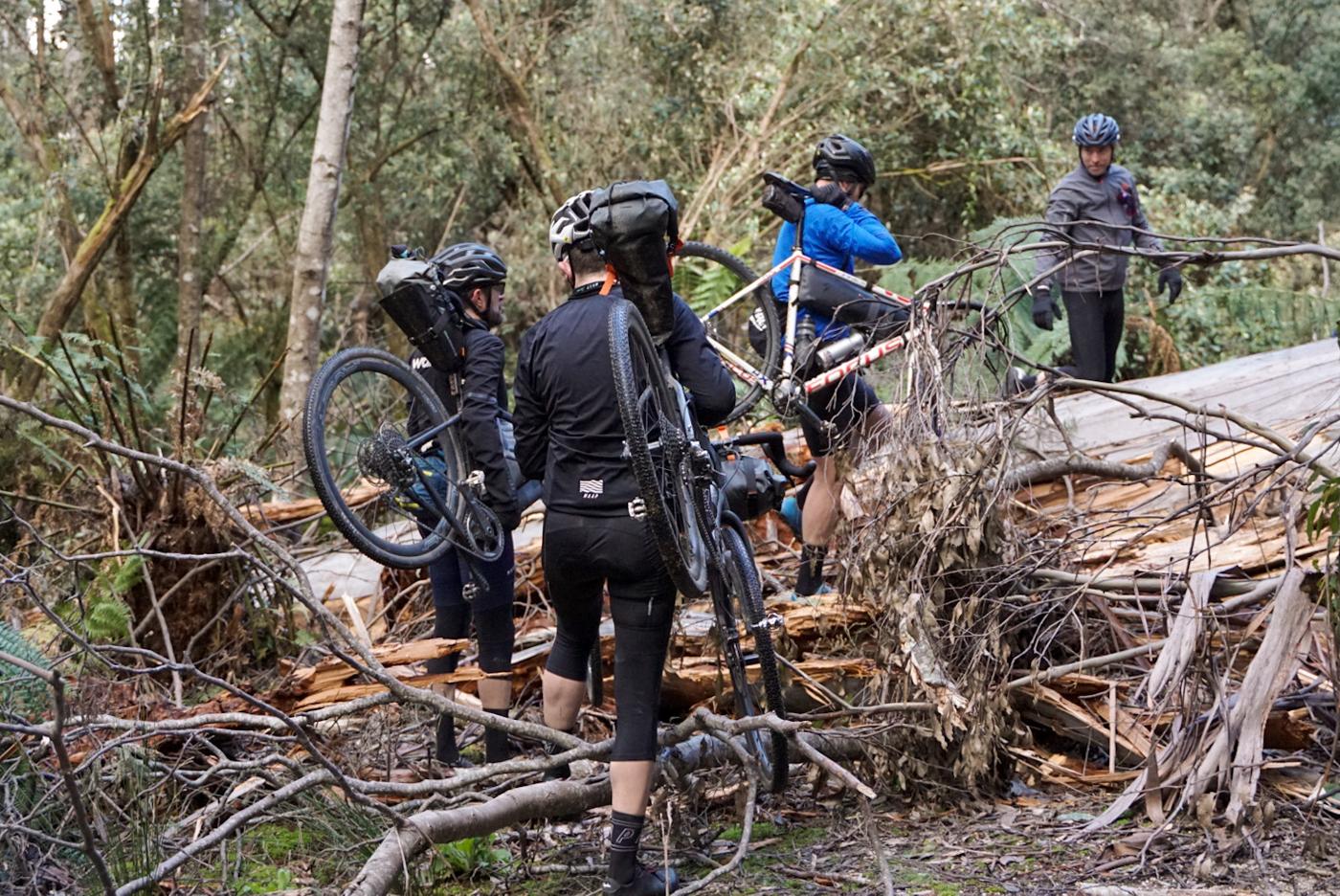 It could be…It is about being present. When you’re out this deep in the wilds of one of the last truly wild places on earth, even a moment of distraction can have dire consequences. One mistake and you’re face to bark with an ancient, immovable gum tree, with little chance of coming out on top. Ego won’t save you. Your 50k followers won’t help you. Ladders are sometimes hidden behind curtains of humility. Go too fast and you’ll miss them. And snakes are always around the next corner. Get too cocky and they’ll bite you.

Moksha Patam. Snakes and Ladders. Ups and downs. It’s not the destination, but what we discover along the way. This is one story of enlightenment and rebirth, but there are many more out there. How will you write yours?