Before we jump into the actual trail network, let’s talk about how it came to be. Over the years, there had been numerous proposals to open a mtb park, but with no real feasibility or business model studies, the government couldn’t justify supporting this extensive venture. Then two men came along by the names of Rob and Buck. Rob Potter is a trail designer and builder. He’s put in extensive time working on local trails and he knows the local substrate of the Derby region makes for ideal singletrack. Being mostly sand and rock, even the rainforest regions will drain, making sustainable trails relatively easy. Rob began working on both an economic and a visual plan for building out a series of trails, while Buck Gibson used his network of people to make it happen. 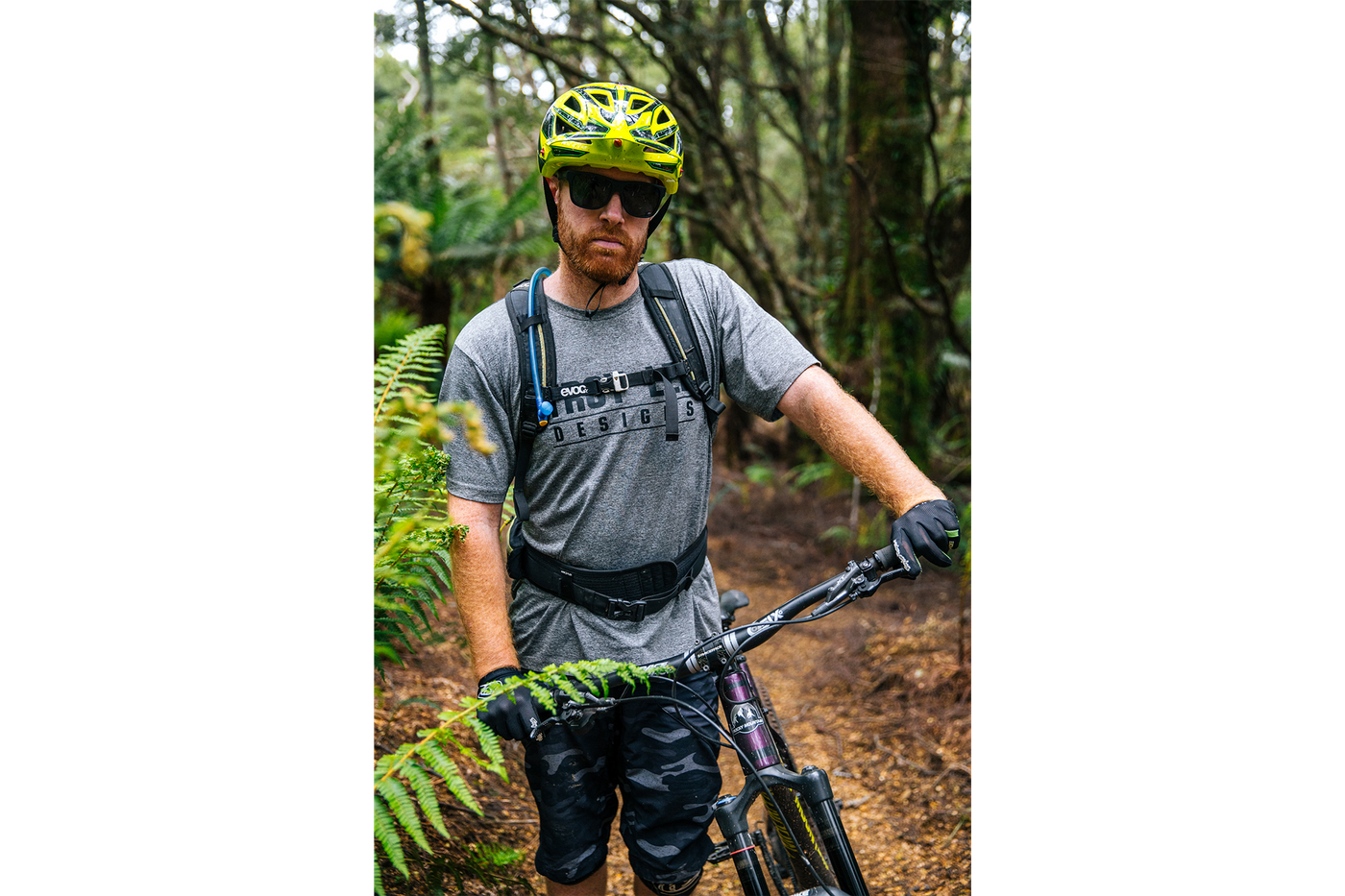 A few years later and ground broke on an extensive trail network, ranging from swooping, manicured singletrack to rowdy, rocky technical black diamond tracks. There is something for everyone at Blue Derby and that’s the lasting impression it left on me after spending a weekend ripping through a few tracks in the extensive network. Now, I don’t want you to get the idea that Rob single-handedly built out this entire park. In fact, he only worked on one of the main tracks, dubbed the Blue Tier, which recently was completed and opened to the public. Various other hands actually built out and designed the rest of the park, namely Ryan from World Trail and a company called Dirt Art. These companies have worked on various trails throughout Australia and do a banging job, I might add.

My time in Derby was short and coincided with the Gravity Enduro National Series, which is the Australian enduro season, so the park was full throughout the weekend, running Buck and his team of shuttle drivers all over Derby. I was fortunate enough to have both Buck and his employee Josh take us up for shuttle runs, providing me with some insight into their main motivation for Derby’s community. Part of that is their new shop, Vertigo MTB, the town’s first specialty MTB shop. It’s an all-hands-on-deck atmosphere with Buck, his wife Jude, Ryan and Josh all pulling their fair share of work during busy weekends. Work hard, ride often. That’s what I gained from what time I could squeeze in talking with the locals. These guys and girls are all so stoked to be building a community in Derby and even more stoked to be able to ride such amazing trails every day, compounding their enthusiasm for us to ride them too! … and that we did. As much as we could. Our first day, we rolled into town late and took a shuttle on our current bikes up to “Return to Sender.” Scott was on his Curve GMX with a 2.2″ tire and I was on my 44 Bikes with a 2.8″ tire. Both were rigid bikes but that didn’t stop the fun on this new trail, which coincidentally ends at the Derby post office, hence the name. 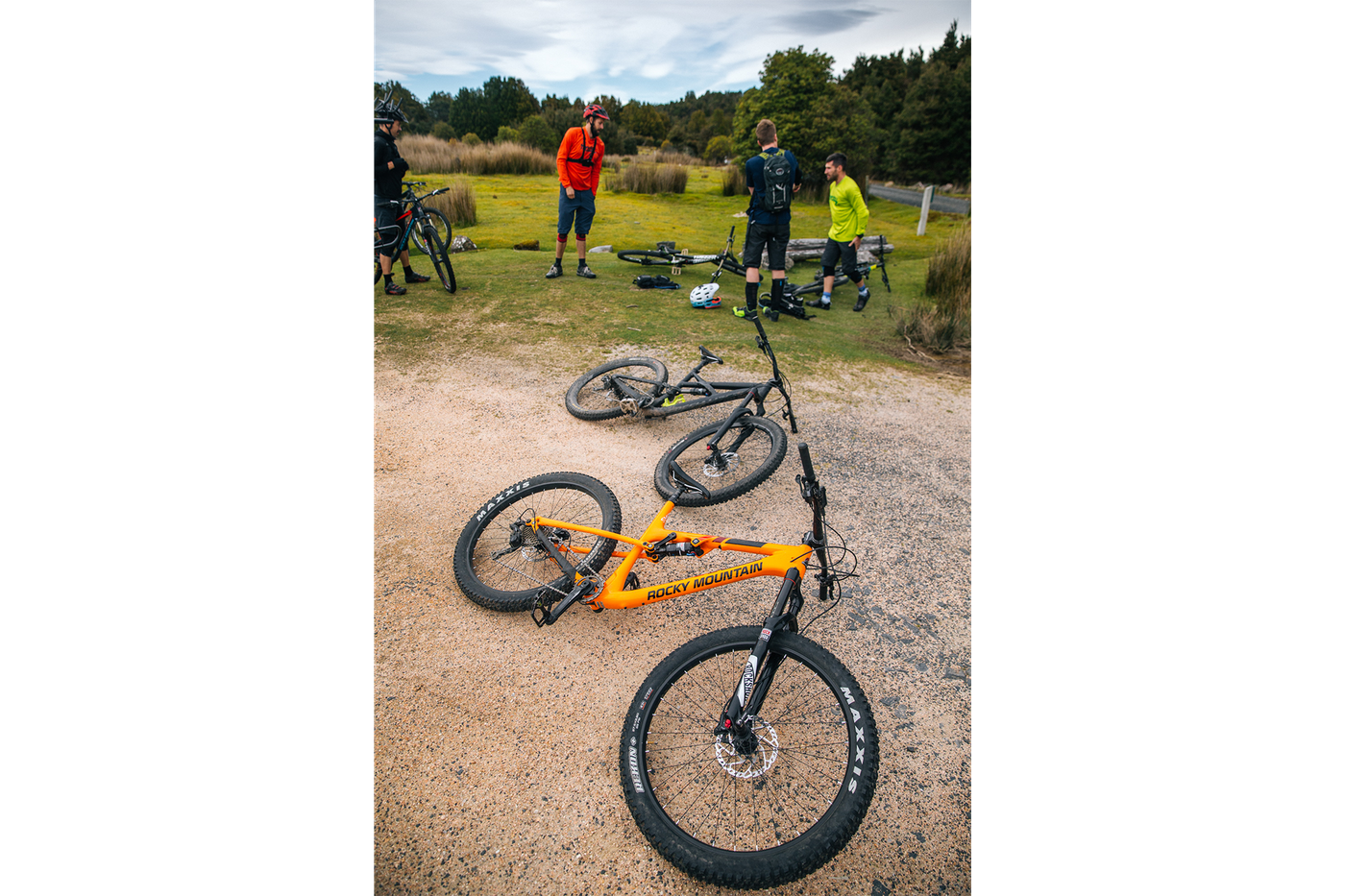 The second day Rob drove in from Launceston with a bike for me to ride and Scott brought his mountain bike out – it’s fairly common for people to make the drive from a 1-3 hour radius around Derby only for the day. Once I was on a dually, the real fun was about to begin. We lined up a shuttle to take us to the top of the Blue Tier, where we’d spend a good chunk of the morning riding, photographing and exploring the vast landscape. Once we finished the trail, we pedaled a half a click to Weldborough, where lunch awaited at a local pub. 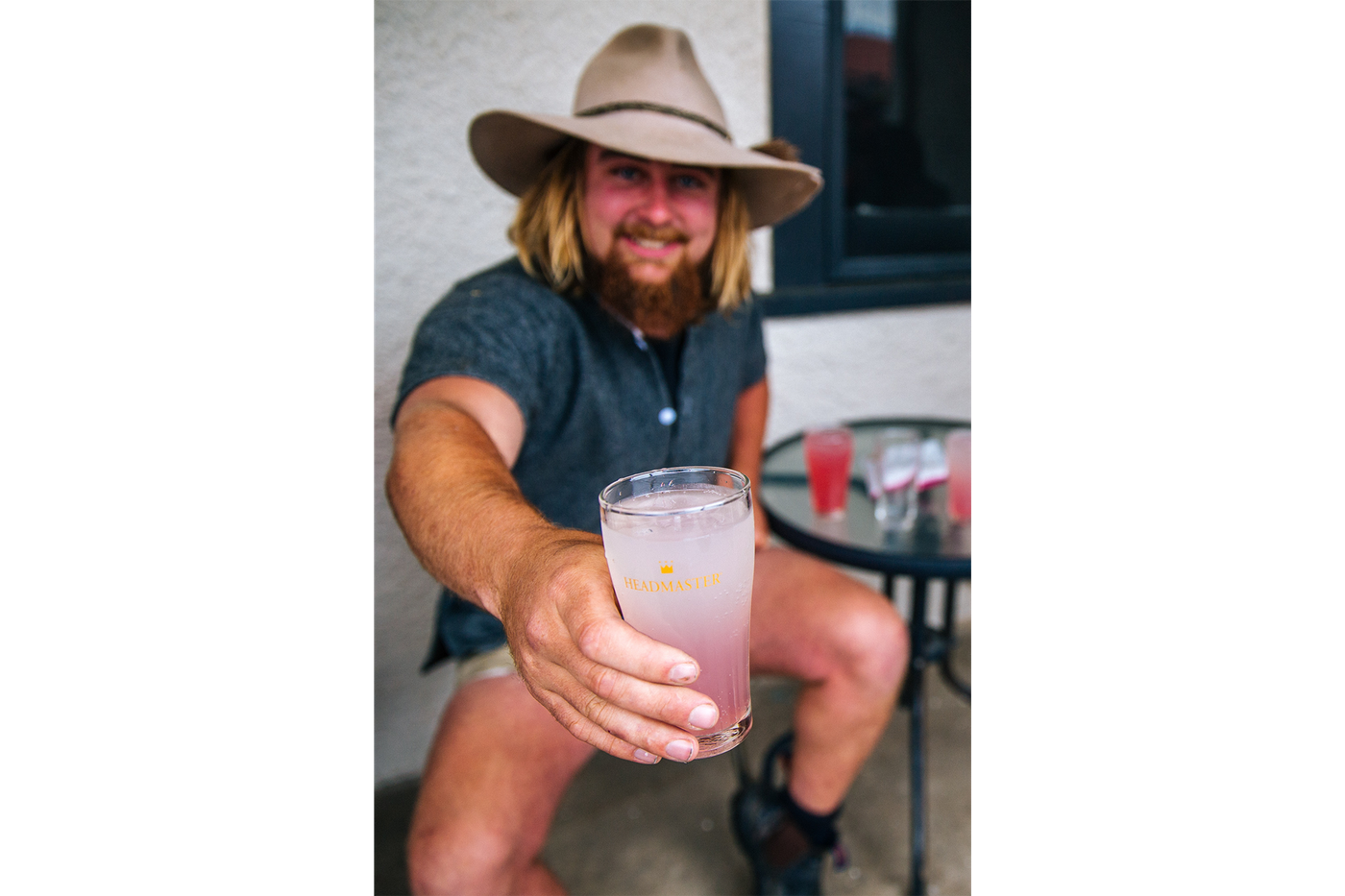 Coincidentally, this is where most of the racers car camped for the weekend’s enduro series and where a lot of locals preferred to get good n sauced before hitting various 4×4 tracks with their utes. Yes, I had one of those pink drinks. No, I have no idea what was in it but it made the next trails, Atlas and Howler very interesting! After we finished riding, all I could repeat over and over again was how amazing the trails in Derby were. In fact, I’d even venture as far as to say they’re the best I’ve ever ridden. Now, that could be because I live in a desert and the vegetation was lush, or perhaps the Blue Derby is such a gem that it needs to be tucked away in Tassie to remain a bucket list item for fans of mountain bikes. Whatever the reason, I wanted more… even though my body was telling me it needed rest. Due to family obligations, Scott headed home – after our rather long day of 7 hours on the bike – to his family. Rob and I camped alongside the river in town. Guess how much all this cost us? Well, aside from the food and shuttle runs? Zero dollars and that’s not because we were there on behalf of the Tourism Northern Tasmania and some American’s website. Yes, the Blue Derby trail network is free to all and even the camping in town is free. All you need is $3 for a hot shower after a long day on the bike. The Tasmanian government funds all this, including the maintenance. Even a proceed of Vertigo MTB’s shuttle runs go to the upkeep of the trails. On top of that, Derby is getting much-needed tourist attention, which means more business for the town and ultimately, more money. Sometimes, however, like on the weekend of a national enduro series, that means they come up a bit short on supplies. We had a hard time tracking down dinner that night.

Yeah, growth isn’t all peachy keen for the people of Derby. The town needs more provisions for food vendors on the weekends and perhaps a few hotels or bed and breakfasts. Even a handful of food trailers would be perfect! That’s the only downside to what is otherwise, a mountain bike heaven… Many, many, many thanks to Tourism Northern Tasmania for funding this jaunt, Scott for organizing this trip, Rob for his reconnaissance, everyone at Vertigo MTB for lending a hand, the local blokes for providing laughs and the Blue Derby MTB park for being such a damn rad place! I can’t wait to ride there again. Begin planning your trip at Ride Blue Derby.