As an integral part of Curve Cycling, Jesse Carlsson has taken on various endurance races on their titanium machines, including Trans America and the Australian self-supported Race to the Rock. The latter called for something a bit more rugged than his TransAm Curve Cycling Belgie setup. While climbing wasn’t much of an issue in Race to the Rock, deteriorated roads, potential flash rainstorms and endless miles of washboarded roads meant he needed a bit more rubber under his bike. Luckily, Curve had just the rig for this race… The GMX is a rigid 29’r with drop bars and a proprietary suspension-corrected fork. You can see how Jesse set his up for Race to the Rock at Curve’s blog. In its current form, the bike has been stripped of the many accessories and components needed for a multi-day, self-supported endurance race. Jesse loaned it to our troupe for the week, where it landed under Scott, my riding mate here in Tassie. It suited our needs just fine, as equipped. Well, perhaps minus that massive front chainring. Scott found himself hurting on many of our climbs as they teetered past 18%! 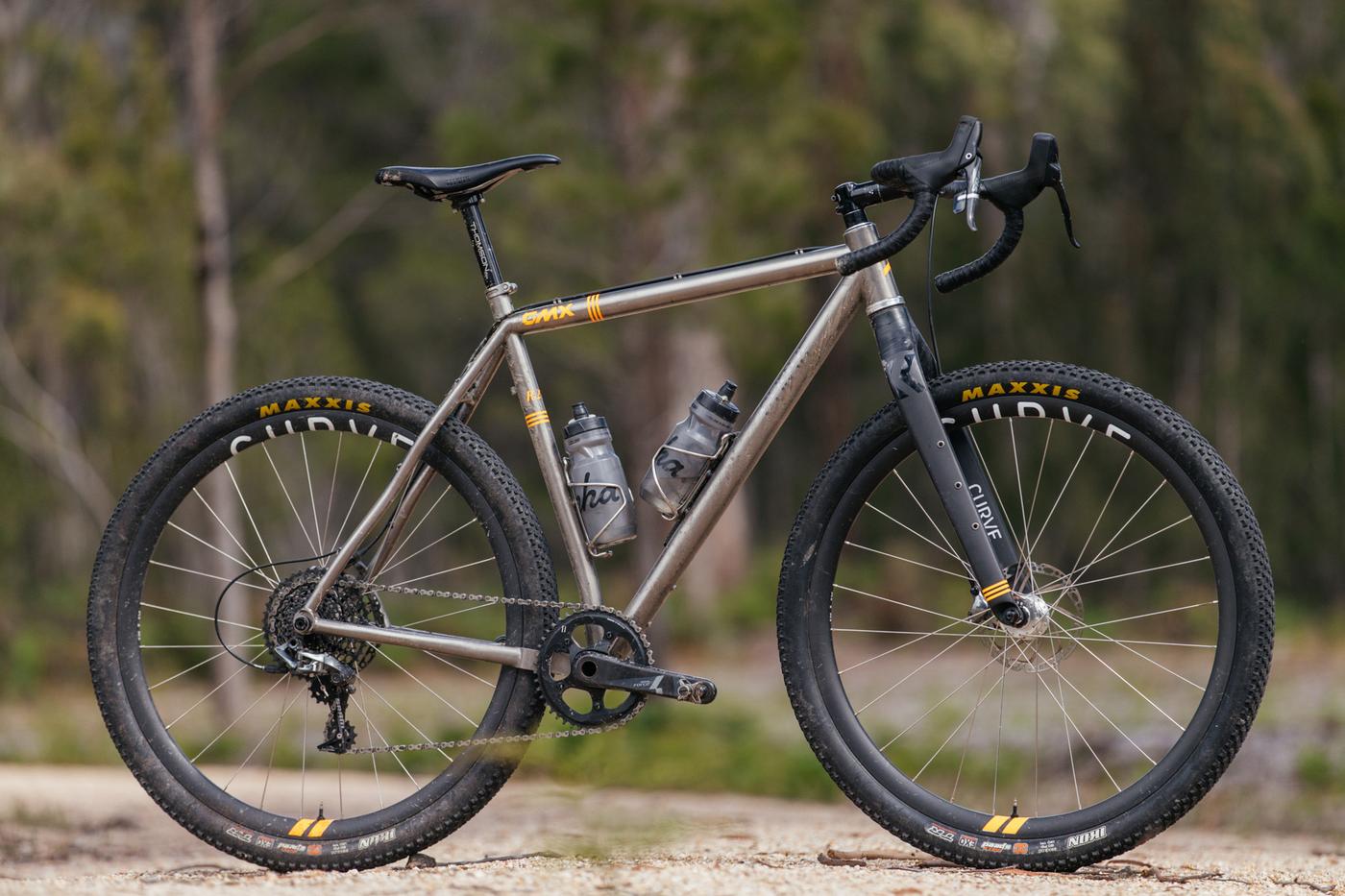 Some of my favorite details on the GMX include the yoke and the seat tube cluster. Others interested might also be turned on by the pricing: $2,999 for a frame or $3,790 for the frame and Curve carbon fork, in various sizes. I’m not sure how the USD conversion alters the pricing, but it’s worth the query if you’re keen on this design. Personally, I can say that I’m intrigued!