I met Ballz last August while riding around Brattleboro VT. Afterward, I was welcomed back to Nutmeg Country for pizza, more group rides, and tour guiding. While there I spent the night in Ballz and Troy’s Garage, also known as the Nutmeg Country Historical Preservation Society Of Alt Cycling, or something along those lines. No, really, they had it all: everything from prototype Crust Leather Handlebars to prototype Nor’Easters. So, seeing a one-of-a-kind J.P. Weigle wasn’t out of the ordinary, but I didn’t quite grasp what I was looking at. 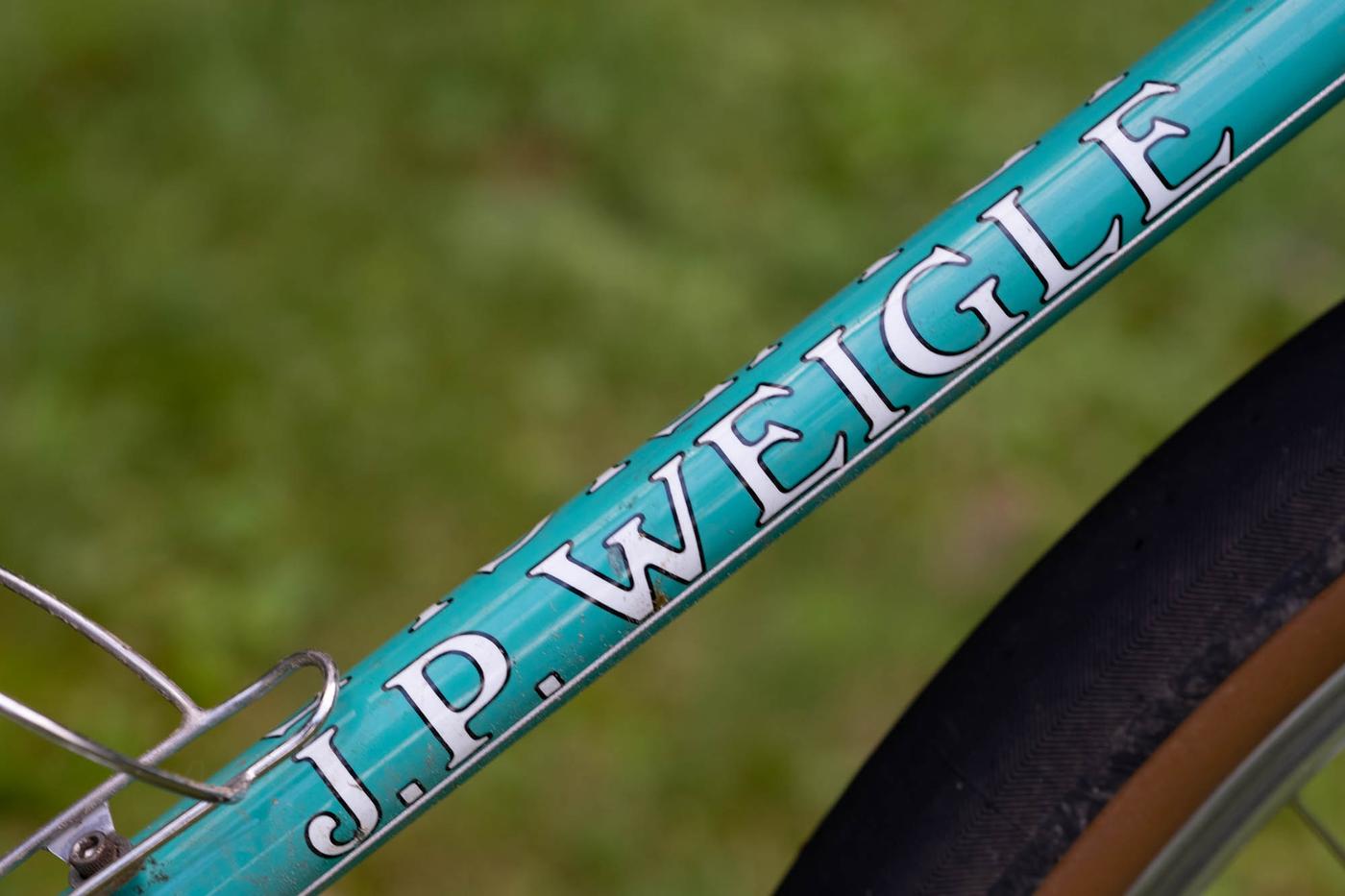 Peter Weigle is a staple in the framebuilding community and has been making bikes domestically for years. How many, you ask? Well, ever since the long lost days at Whitcomb USA, from 1973-77. Once Whitcomb USA closed, Peter started making his own bikes, under the J.P. Weigle moniker. It’s all in the details when you look at any bike Peter has built and this one, albeit outside of the realm of road or randonneuring, isn’t lacking anything that makes a Weigle a Weigle. 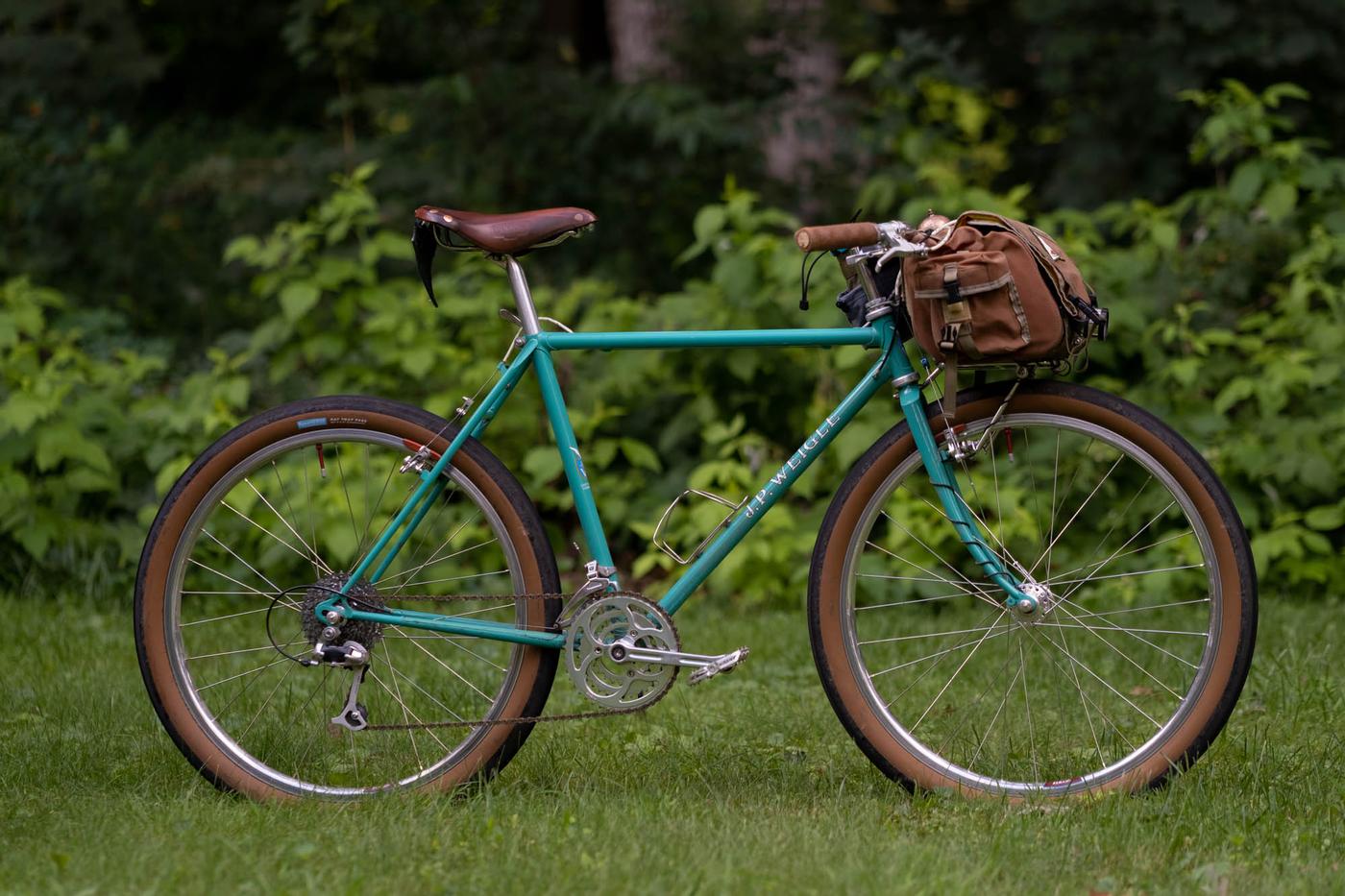 So what is a Fat Tire Road Cruiser? Well, other than what Peter recorded this bike as in his record book of bikes he’s made, I’d say it is a perfect bike for rolling road to ripping chunky single track. Think 80s MTB, but with lighter tubing and a more spry ride. From what I’m told, the bike was made in ’83ish (just a little bit before I was) and ridden by Peter’s sister for a while between then and the mid-’90s. In the ’90s it was sent back to Peter for a repaint, after that it sat, mostly unused, until one day it was brought back to life and subsequently transported back to the east coast. 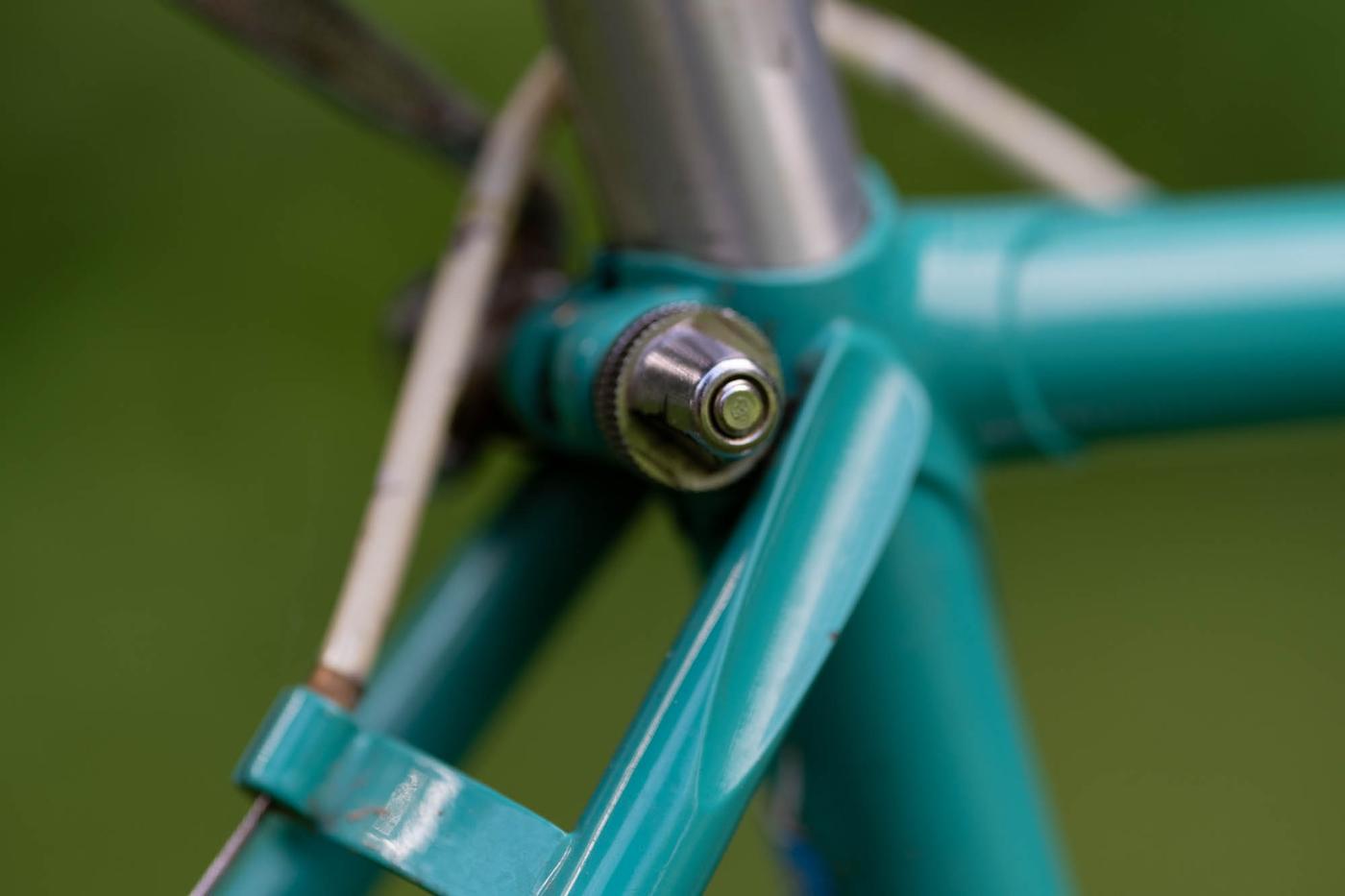 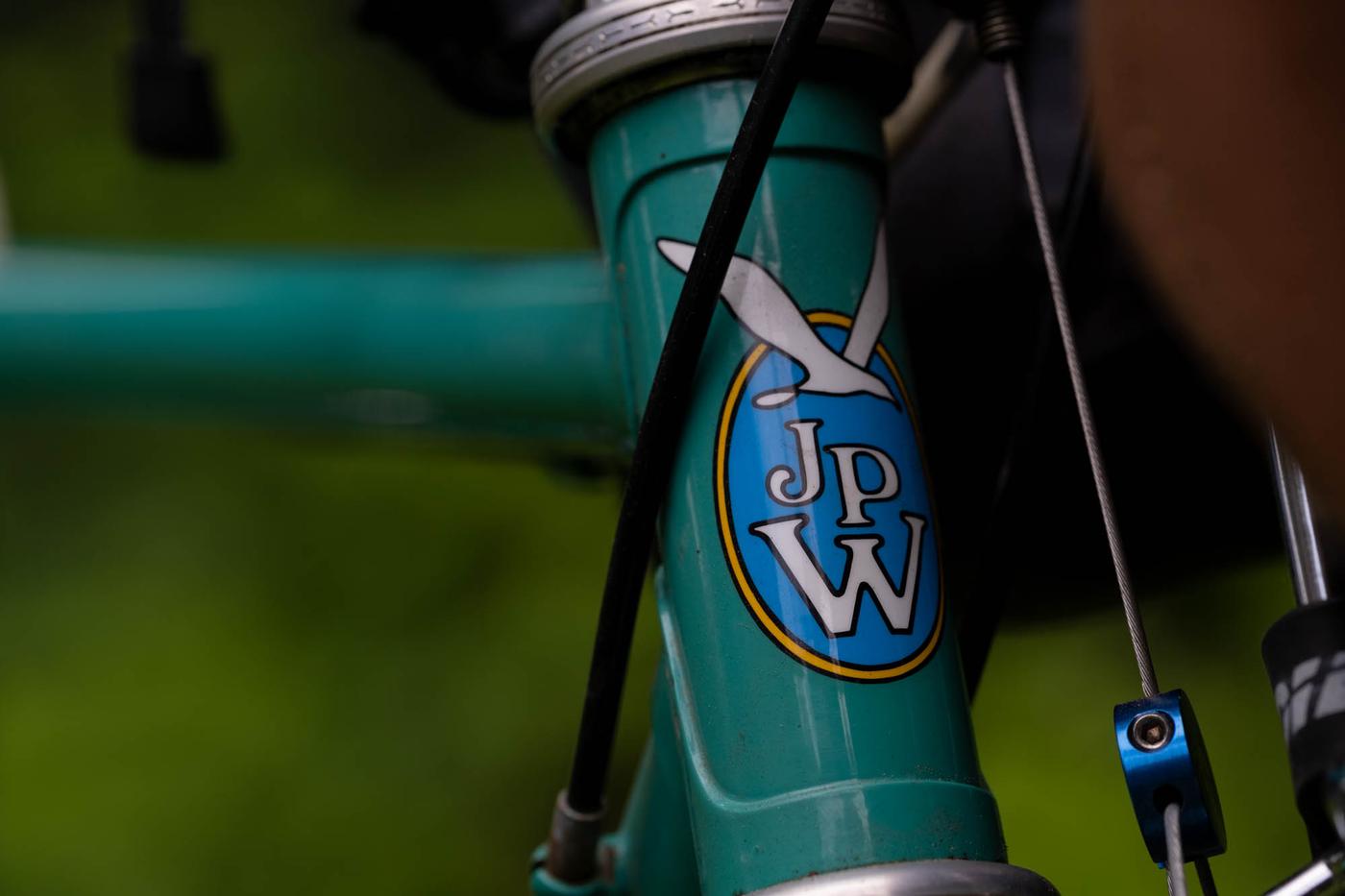 The internet has shrunk our world, allowing many folks to meet one another who otherwise couldn’t. Troy saw a post by @juans_bicycle_repair saying they were trying to help Peter’s sister sell this bike, all the way in New Mexico. Troy knew it would fit Ballz so plans were hatched to swoop the bike, fix it up and keep it on the carriage service road. A nutmeg country staple. 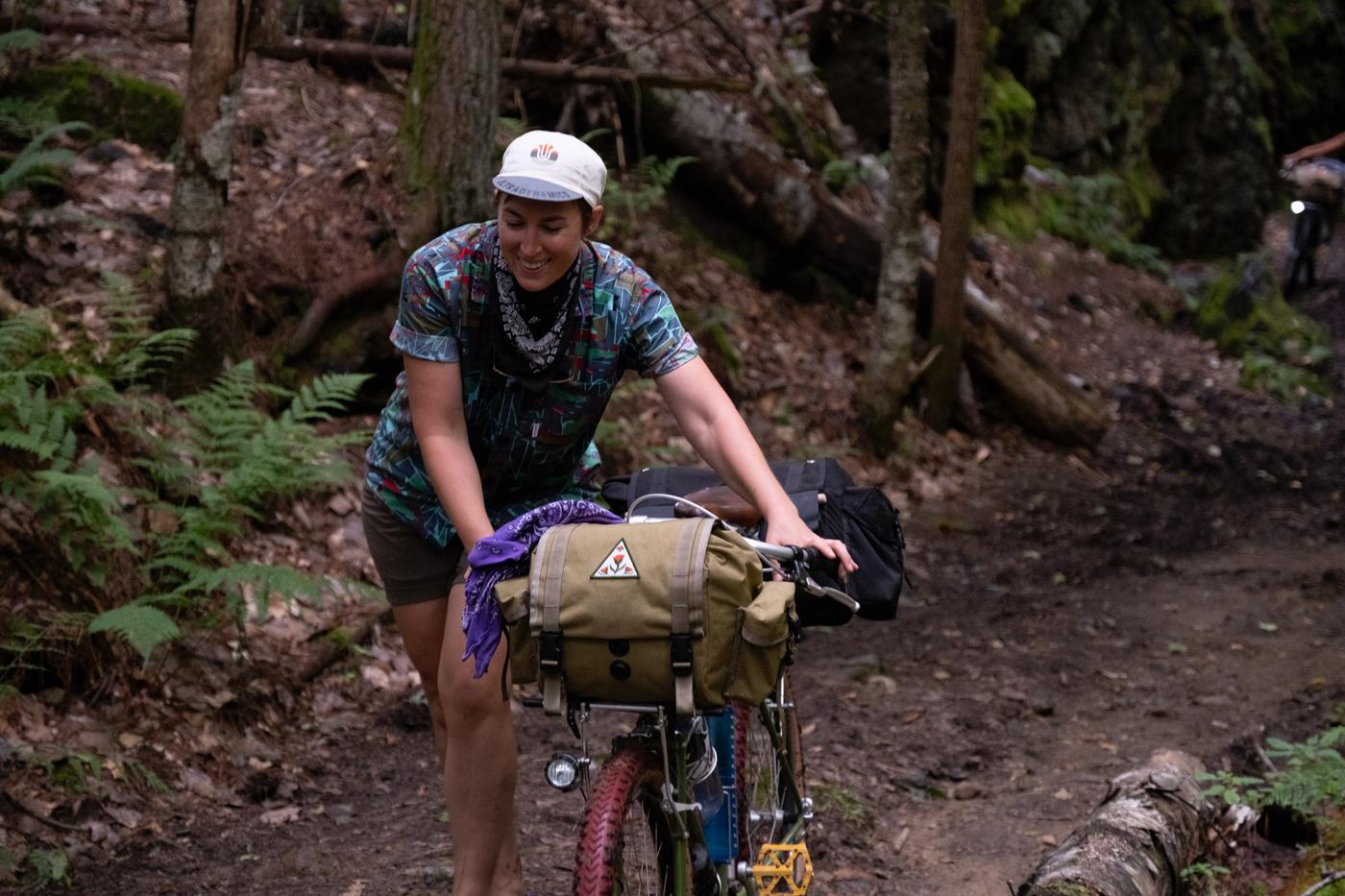 Peter vouched that Ballz and Troy would take good care of it and bring it home to the East Coast. I feel like on arrival from the South West the frame needed a ceremonious frame saver application. With Peter vouching that the bike would be taken care of Ballz got their new bike en route. 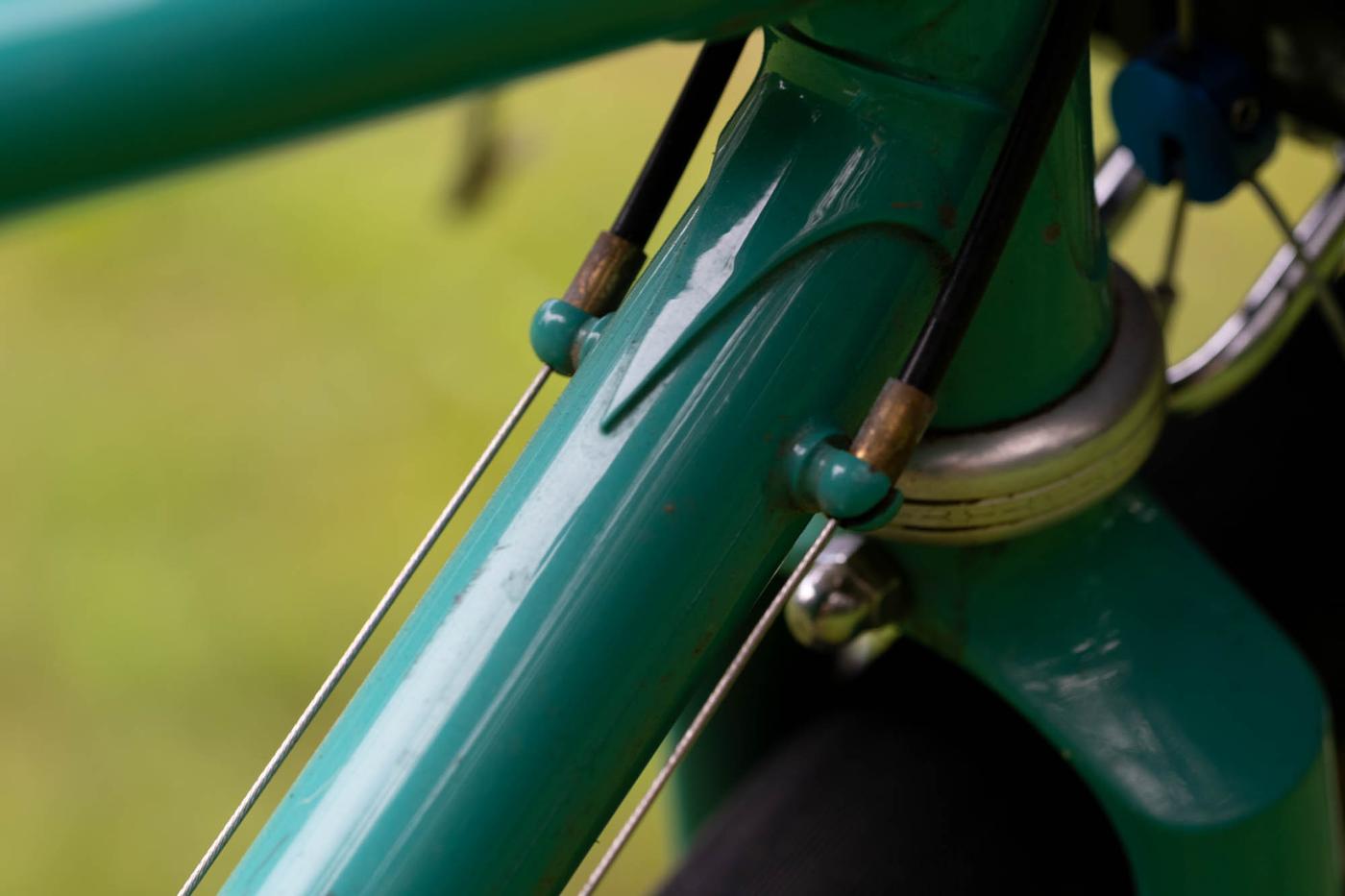 With perfect curation, Troy tore the bike apart and rebuilt it with bits of old and new, including some Deore XT derailleurs, a new wheelset with a mix of Sun XCD parts and SON Front hub, some of Sal’s brake housing, and of course Paul Component brakes and levers. There’s even SimWorks stem on top of this cake, for just the right amount of sugar…