Amidst the fray of cyclocross athletes regularly pushing themselves to the limit, the unsung heroes of this discipline are churning away behind the scenes. From mechanics and photographers to directors and coaches, the lesser-known faces that keep this crazy sport going are all unique people with their own stories, but not ones you’ll likely hear about in race coverage. So enjoy a glimpse into the world of the people on the outside of the tape – we hope it inspires you to take a walk through the paddock at the next race you attend and look a little closer. 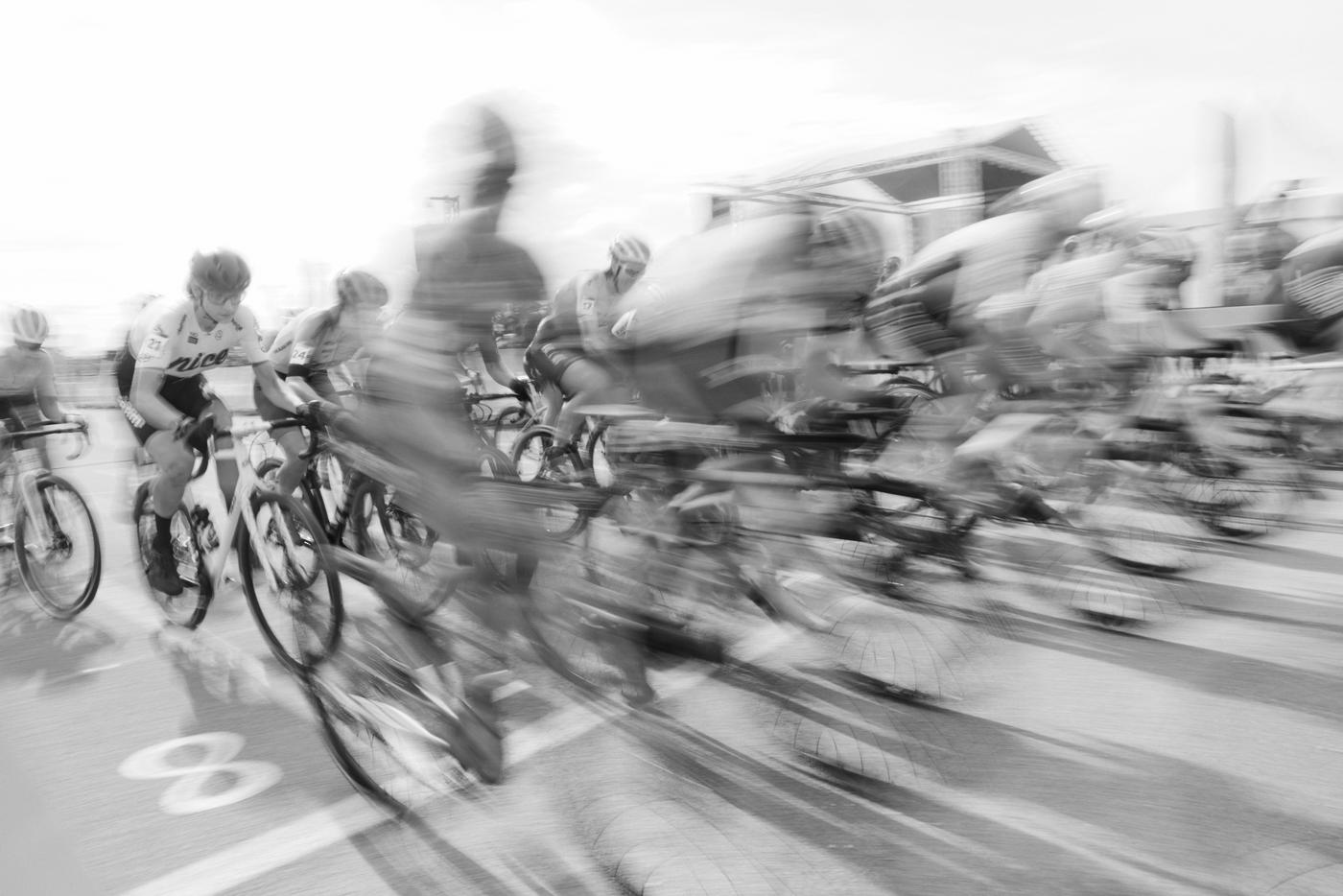 The Cyclocross scene is an amalgam of athletes, staff, media, and spectators from all over the world who meet up every weekend during the fall to chase UCI points, stories, and thrills. Though the competition is full of individual cyclists, it is readily apparent to any onlooker that ‘cross is a team sport. In the frenzy that is a sub one-hour race, the necessity for mechanics and additional help is immense. Every athlete has a spare bike waiting in a pit that they pass on each lap (of a ~5-lap race), so that if they run into a mechanical or get a flat on the course they can quickly swap gear out and keep moving. There is a sense of family amongst the riders and mechanics, and photographers as well- with multiple teams having embedded photographers, and a slew of folks who have clearly been in the field for many years. 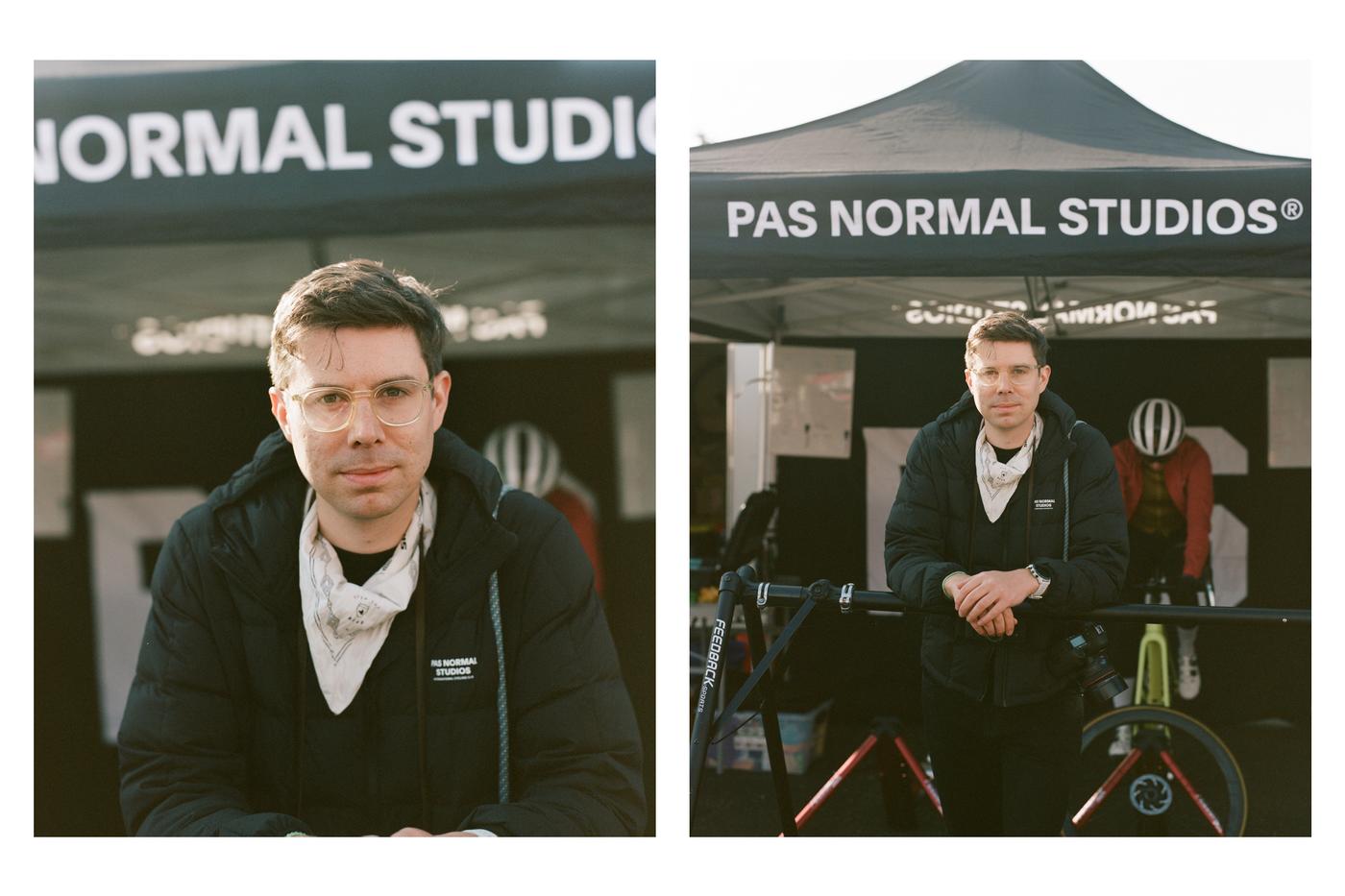 Kaitlyn Cirielli
Director, nice bikes UCI CX Team – Kaitlyn is the master of spreadsheets and logistics. She can also be found capturing video at races or creating ceramics at her studio. 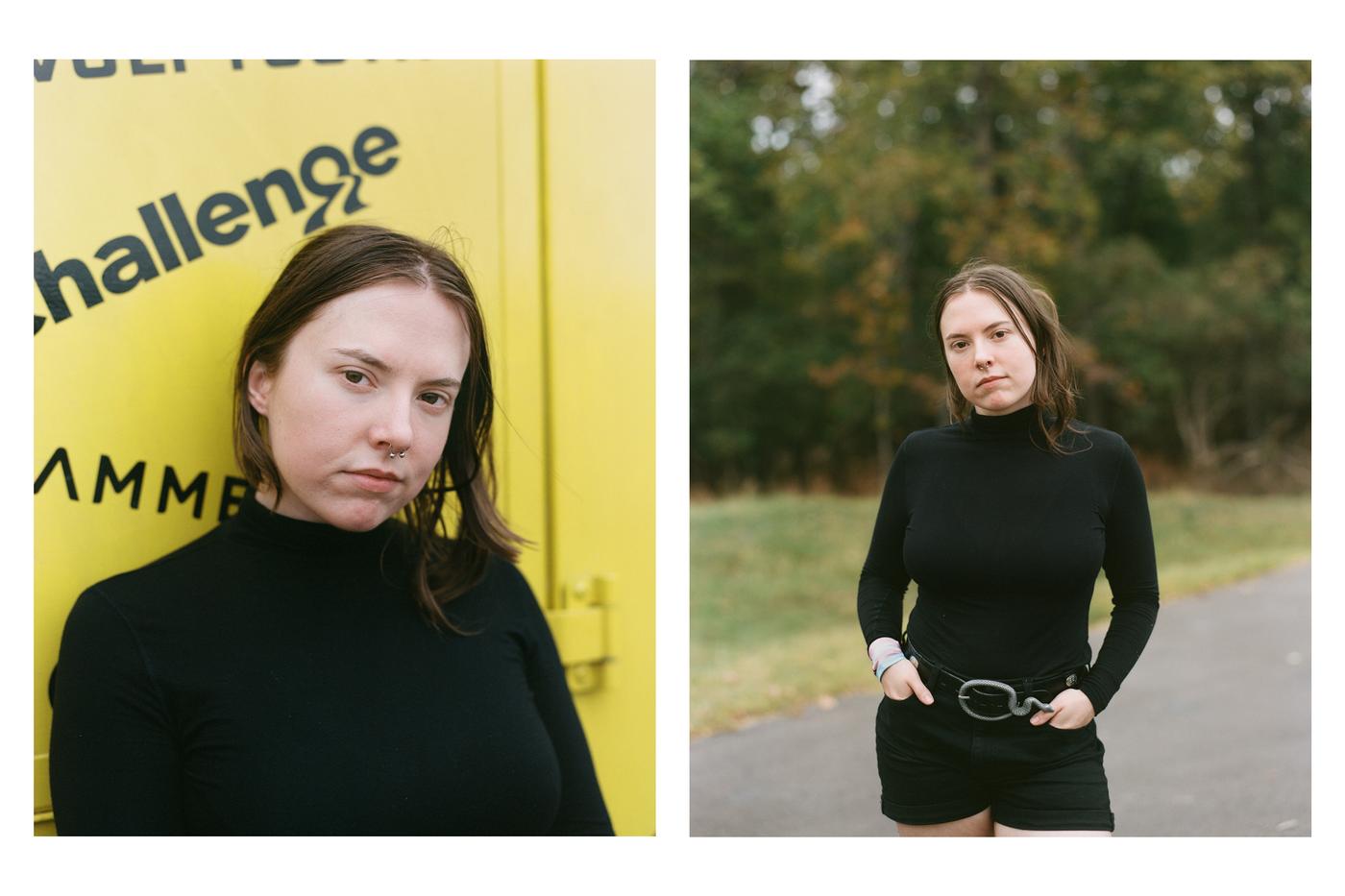 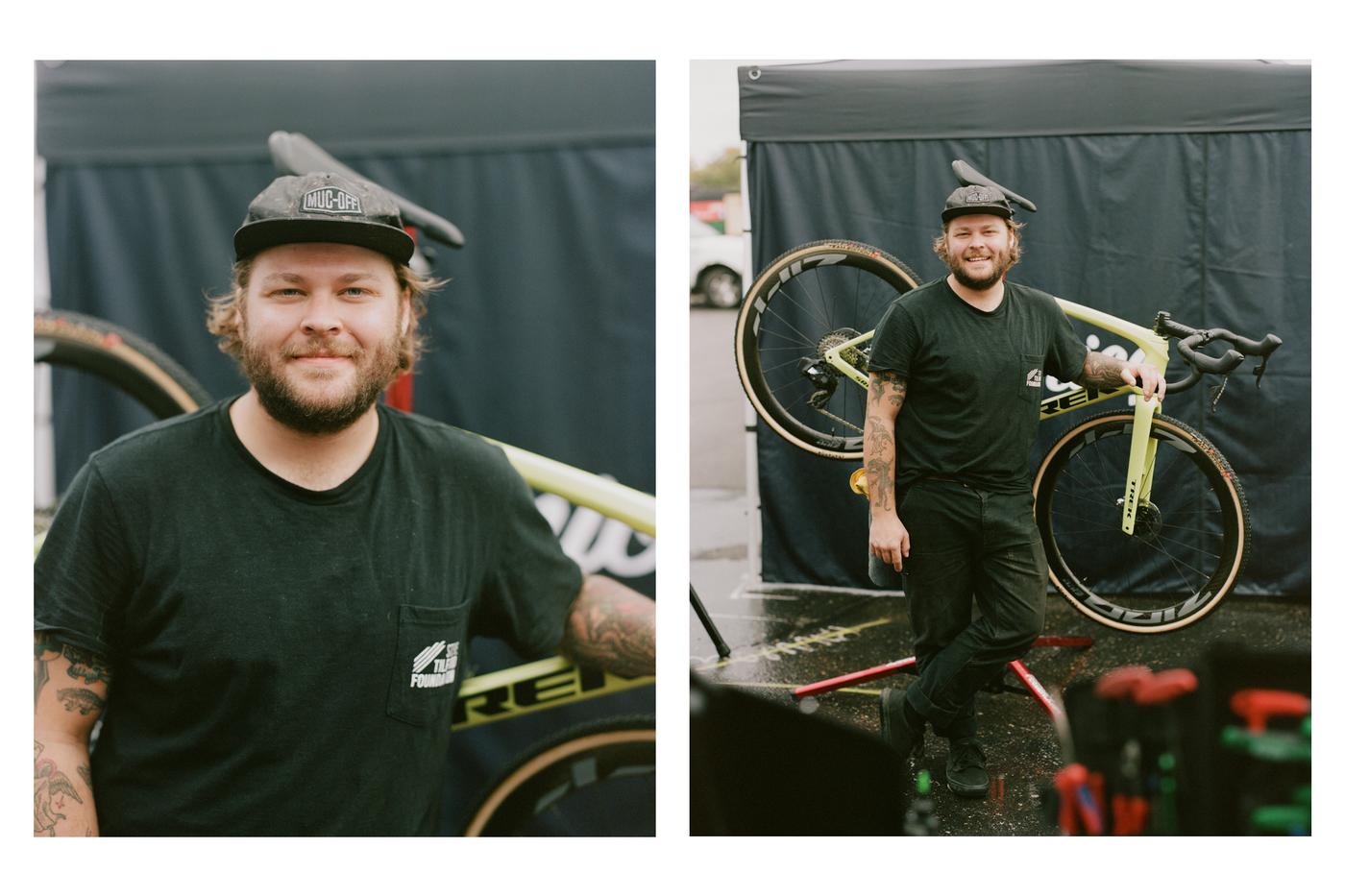 Charlie Backus
Mechanic, Steve Tilford Foundation Racing – Charlie is a perpetually smiling face with a pot of coffee, no matter the weather. 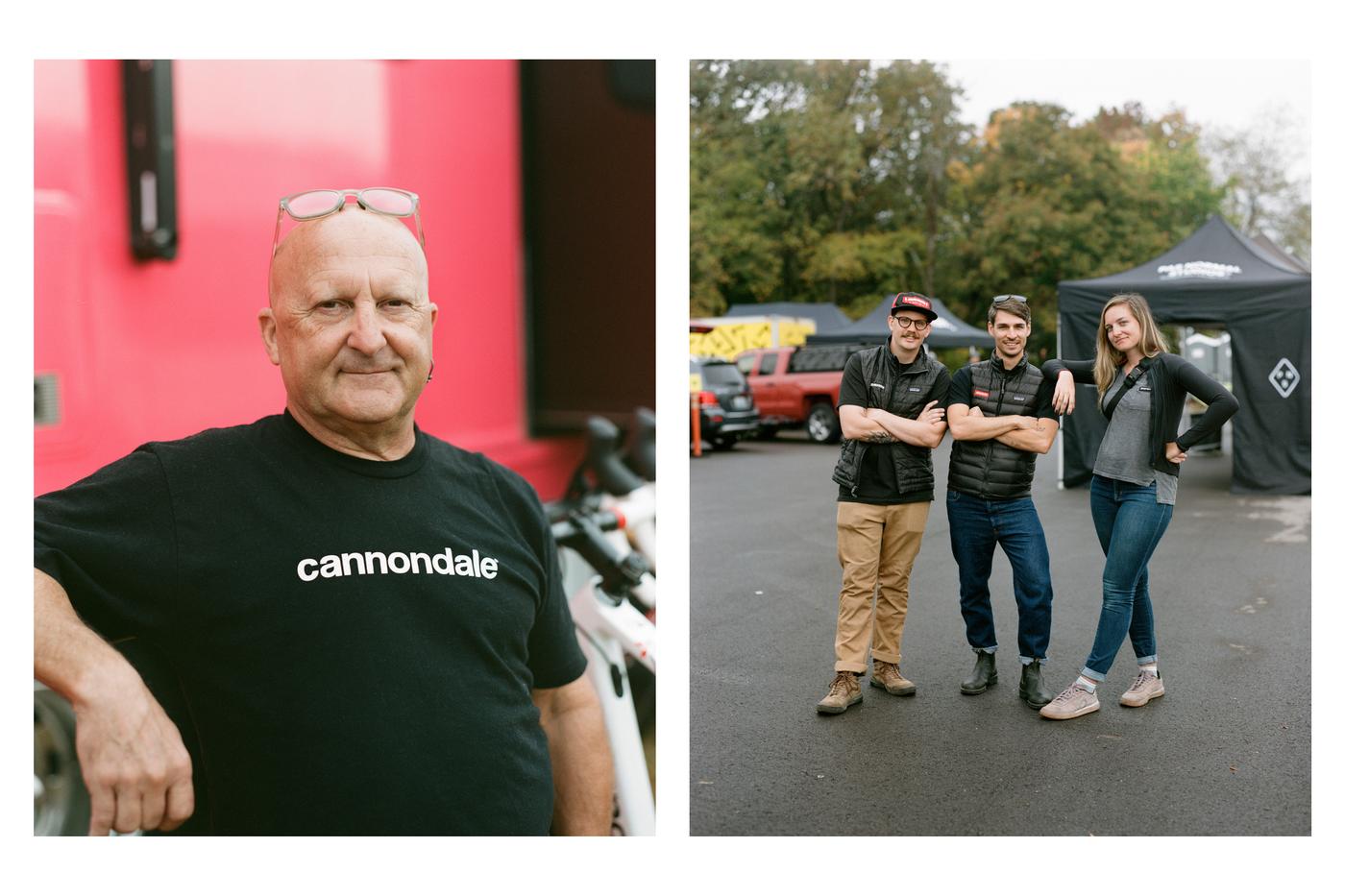 Gary Wolff
Mechanic, EF-Education TIBCO SVB – Gary worked with the Cannondale-Cyclocrossworld team for many seasons and has been supporting current US National Champion Clara Honsinger domestically this year.

DJ Fish, Carlo Anzolin, and Anna Greetis
Race Technicians, SRAM – Anna Greetis has been touring with the US Cyclocross Field for a few years now, while DJ just joined the traveling circus this Fall. Carlo is the European arm of the team, supporting pro-contracted SRAM teams overseas. Stephen Hyde
Head coach, US National Team– A two-time cyclocross National Champion while racing with the Cannondale-Cyclocrossworld team, Stephen is a passionate evangelist of the sport as well as an avid birdwatcher and photographer. 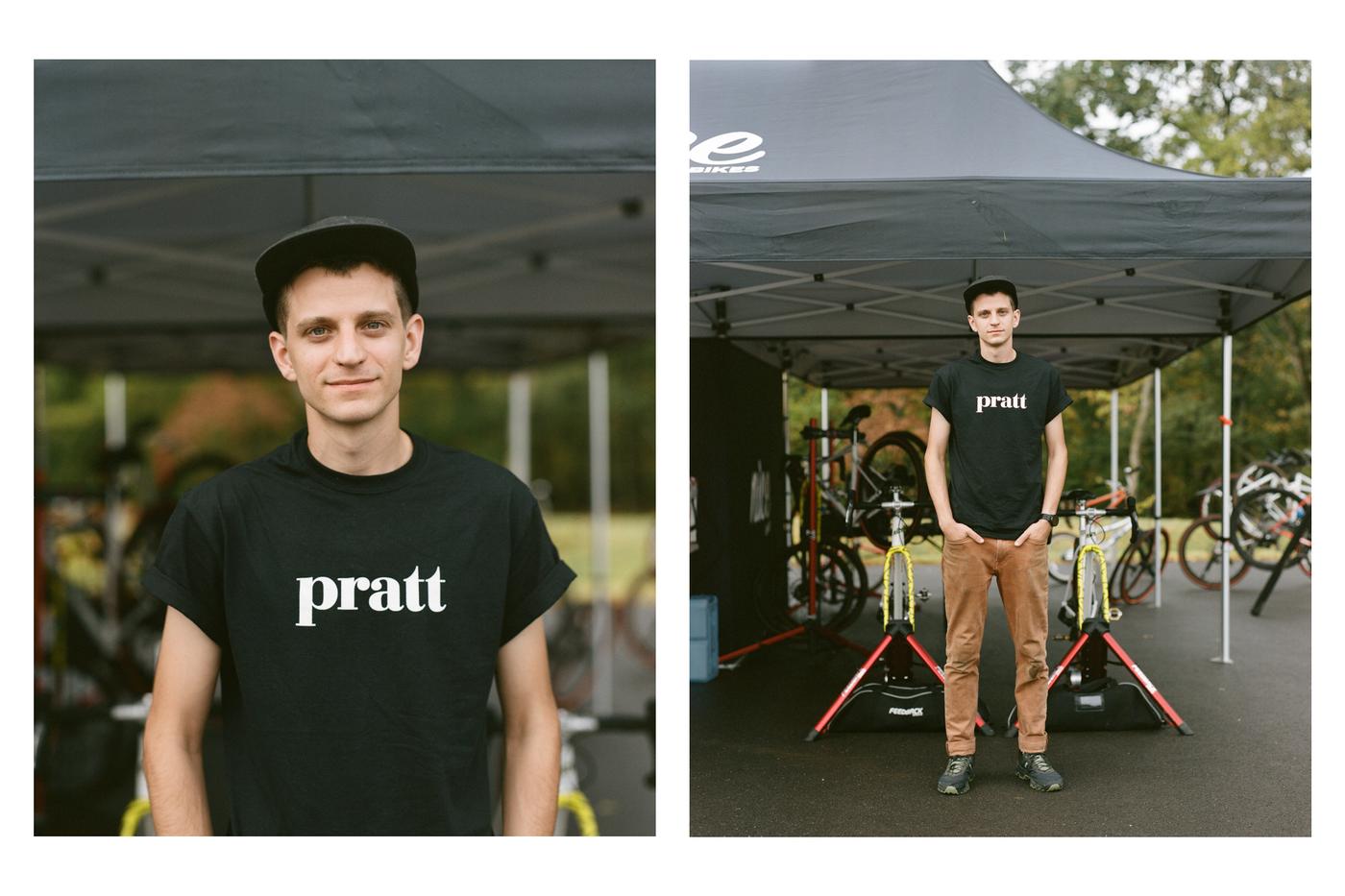 Jeremy Bloyd-Peshkin
Technical Lead, nice bikes UCI CX Team – In between washing bikes at races and gluing tires at the service course, you can sometimes find Jeremy between the tape racing or working in the nice bikes darkroom. 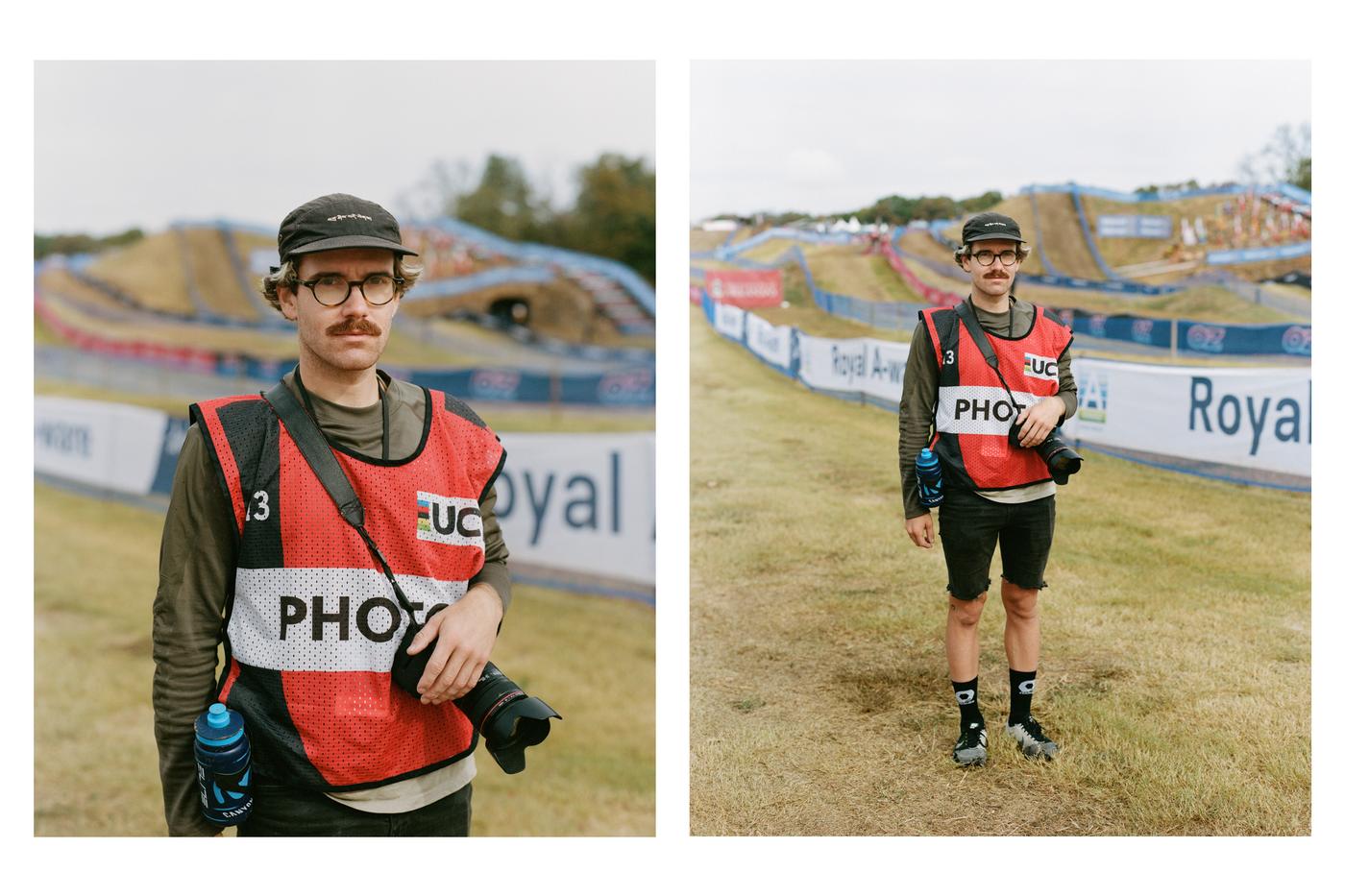 Bastien Gason
Photographer – Bastien has been all over the US Cyclocross scene this year, working as a mechanic, and photographer, and touring most of the way across the US on his bike during his downtime. 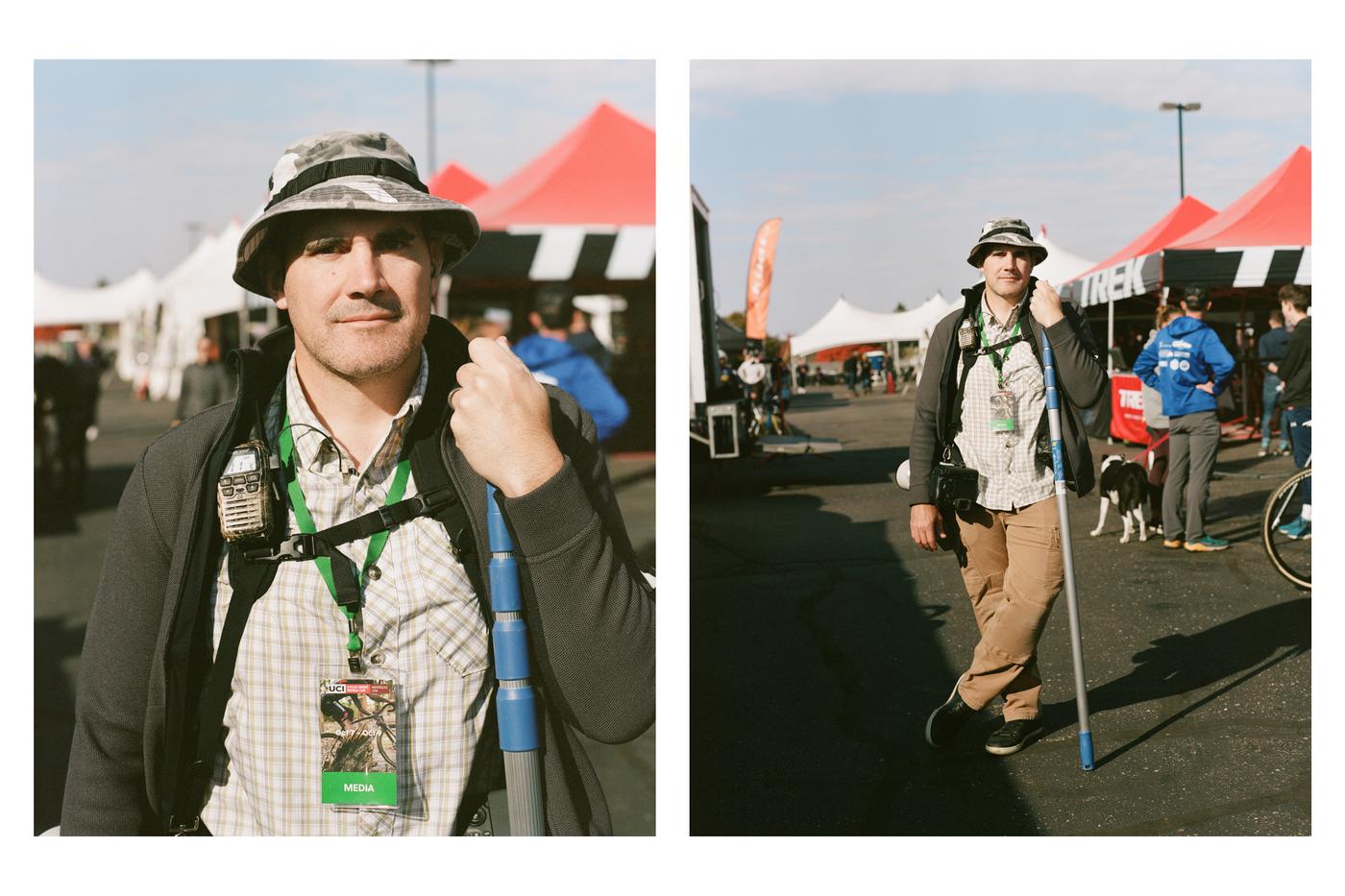 Nathan Schneeberger
Photographer and Co-Founder of Snowy Mountain Photography – Nathan and his wife Morleigh can be found running around at nearly any American bicycle race, covering every angle. They are some of the most coordinated and experienced folks on the circuit and are always there with a smile. 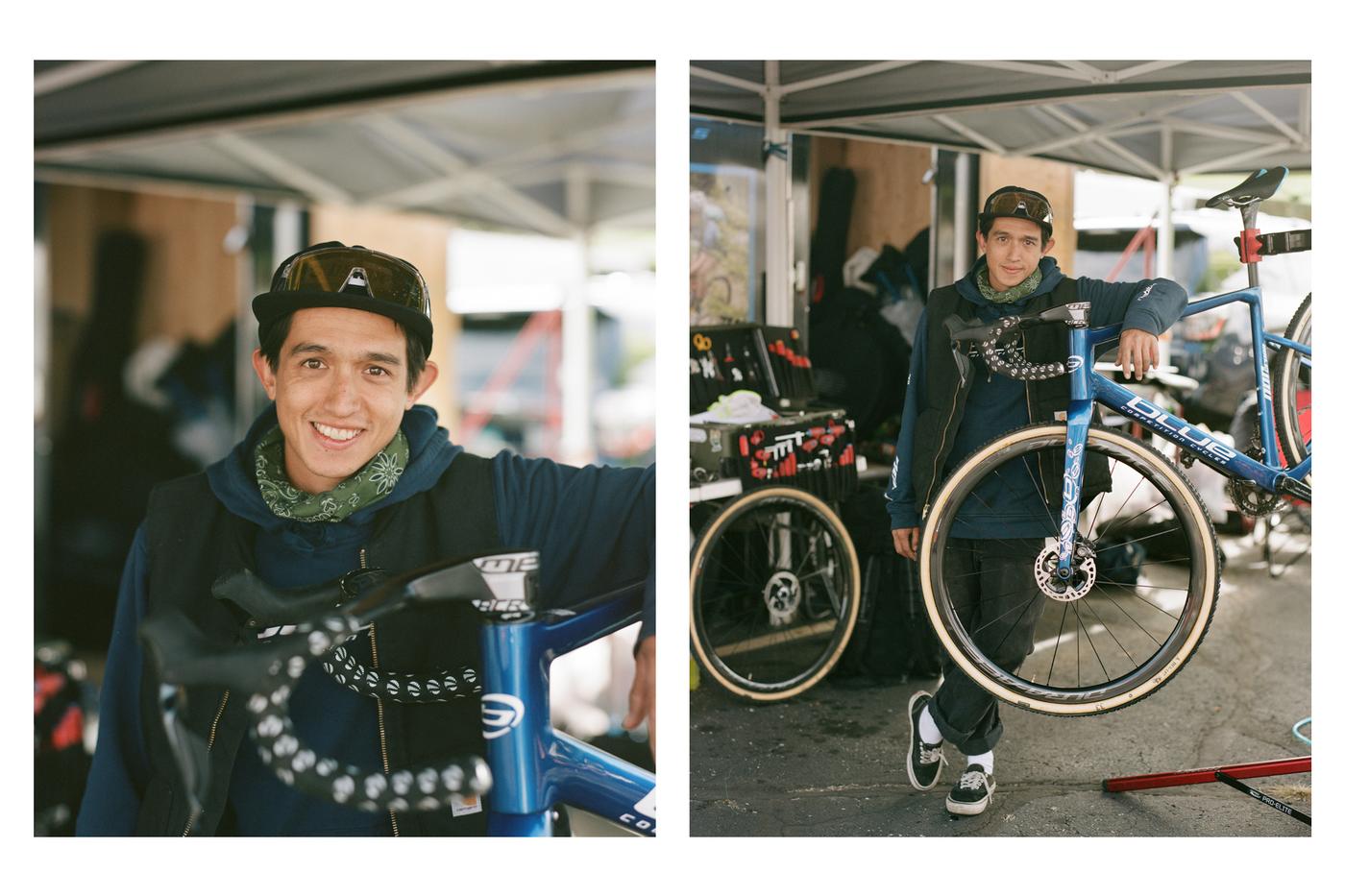 Chris Namba
Mechanic, Blue Competition Cycles – Co-Founder of Squid Bikes, Chris has been around the UCI CX scene for years in many different positions. He has managed and wrenched for the Squid Squad, raced Fixed Gear Cyclocross races, and now works full-time for Blue-Build. Colin Williams
Mechanic, Alpha Bicycle Groove Silverthorne – Flying to every race from Colorado, Colin has been traveling with the Alpha-Groove squad for the last few seasons. He has very strong opinions about Torx fasteners. 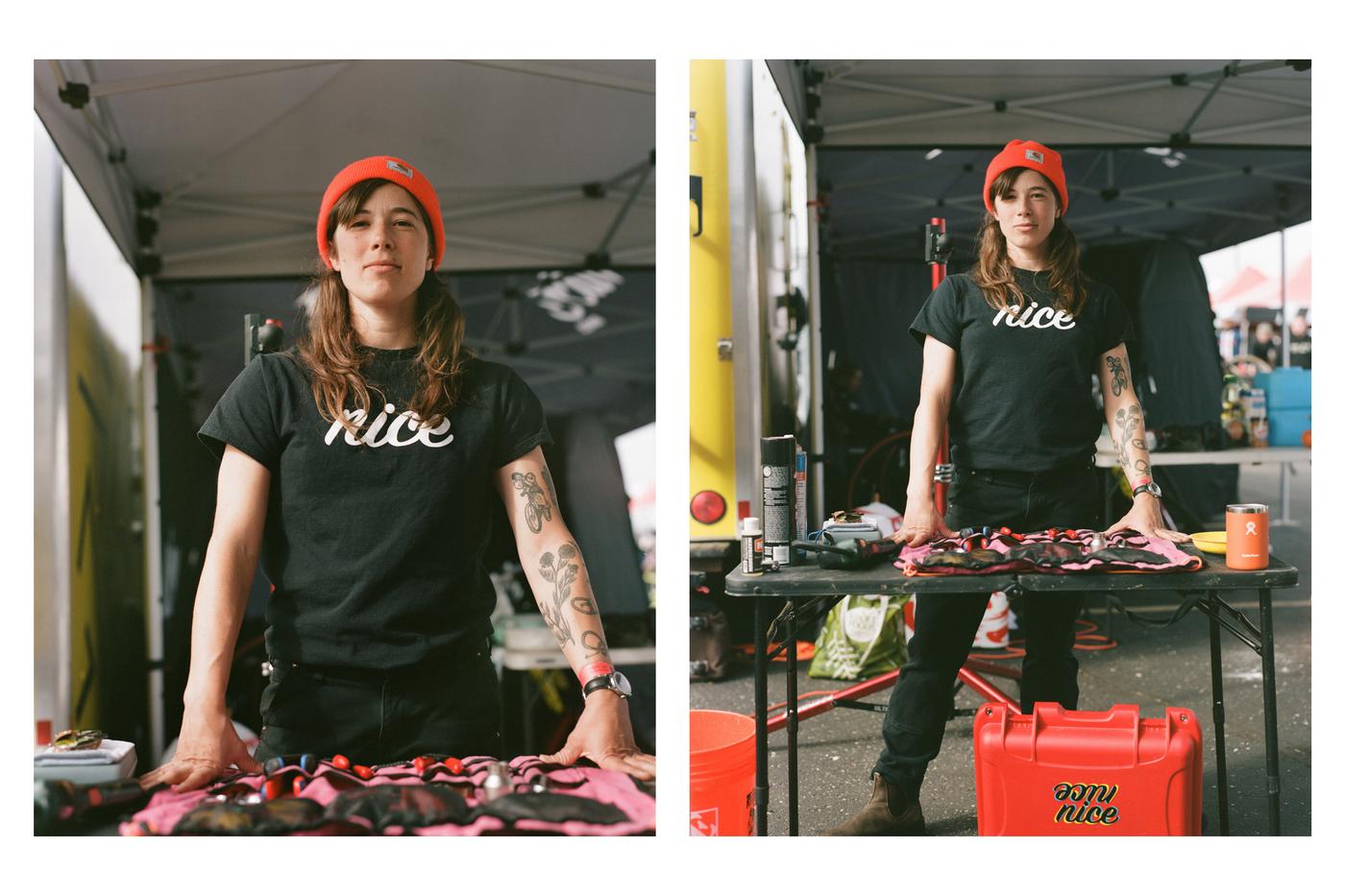 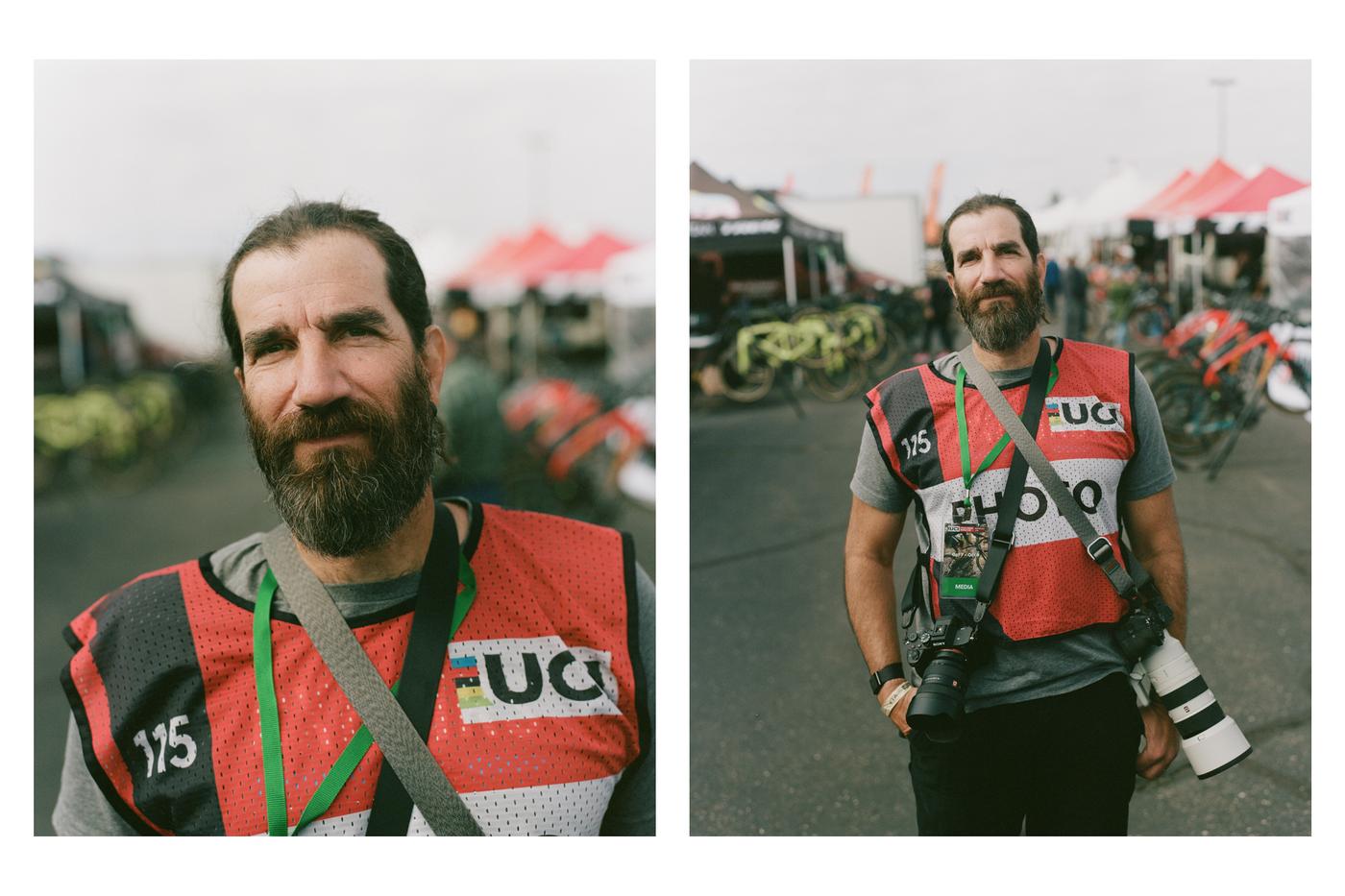 Bill Schieken
CXHairs Media & GCN TV Host – Bill is the wise man of North American Cyclocross, and his love for the sport and presence at the races has gone global this year as he produced the pre-and post-race shows for GCN’s coverage of the USCX series. 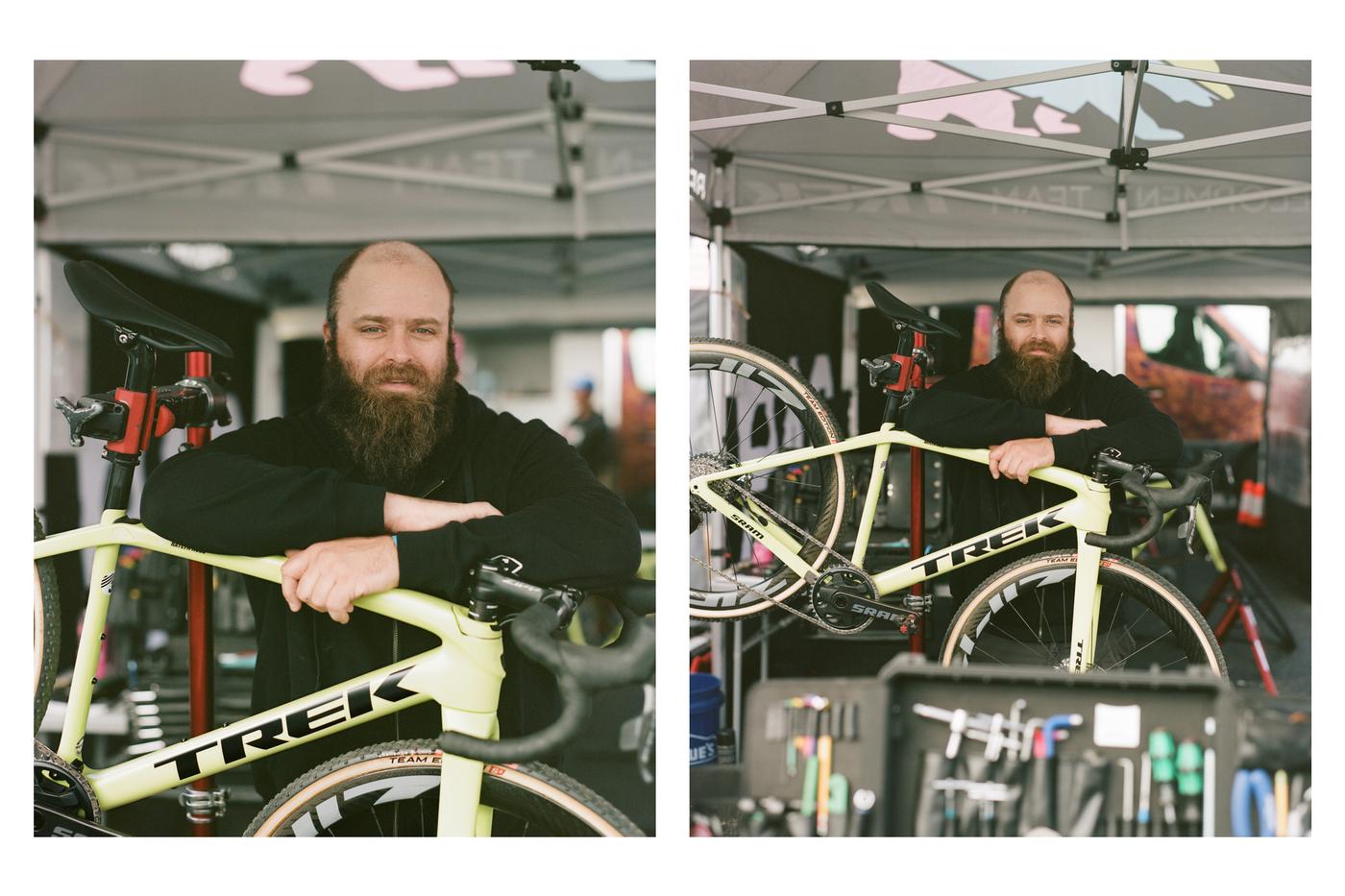 Mark West
Mechanic, Steve Tilford Foundation Racing – Rounding out the Midwest Mechanic Mafia, Mark is often quietly hard at work behind the scenes. If anyone at the race is wearing shorts and a hoodie, it’s Mark. Mars Contino
Mechanic, nice bikes UCI CX Team – A test engineer at SRAM in Chicago and mechanic for nice bikes, Mars brings a whole new level of insight and expertise to working on the team bikes.