The Romanceür has gotten a lot of love over here at The Radavist since its inception in both the disc and rim brake versions. While we just posted Ronnie’s build a few months back, this weekend at the LA Invitational, John caught up with Patrick, the other “Rubber Baron” in Ultradynamico, who had just picked up a new frame from Crust Bikes. After a shakedown ride for the Invitational, he spent some time in a San Marino alleyway shooting photos of it, so let’s check it out below! 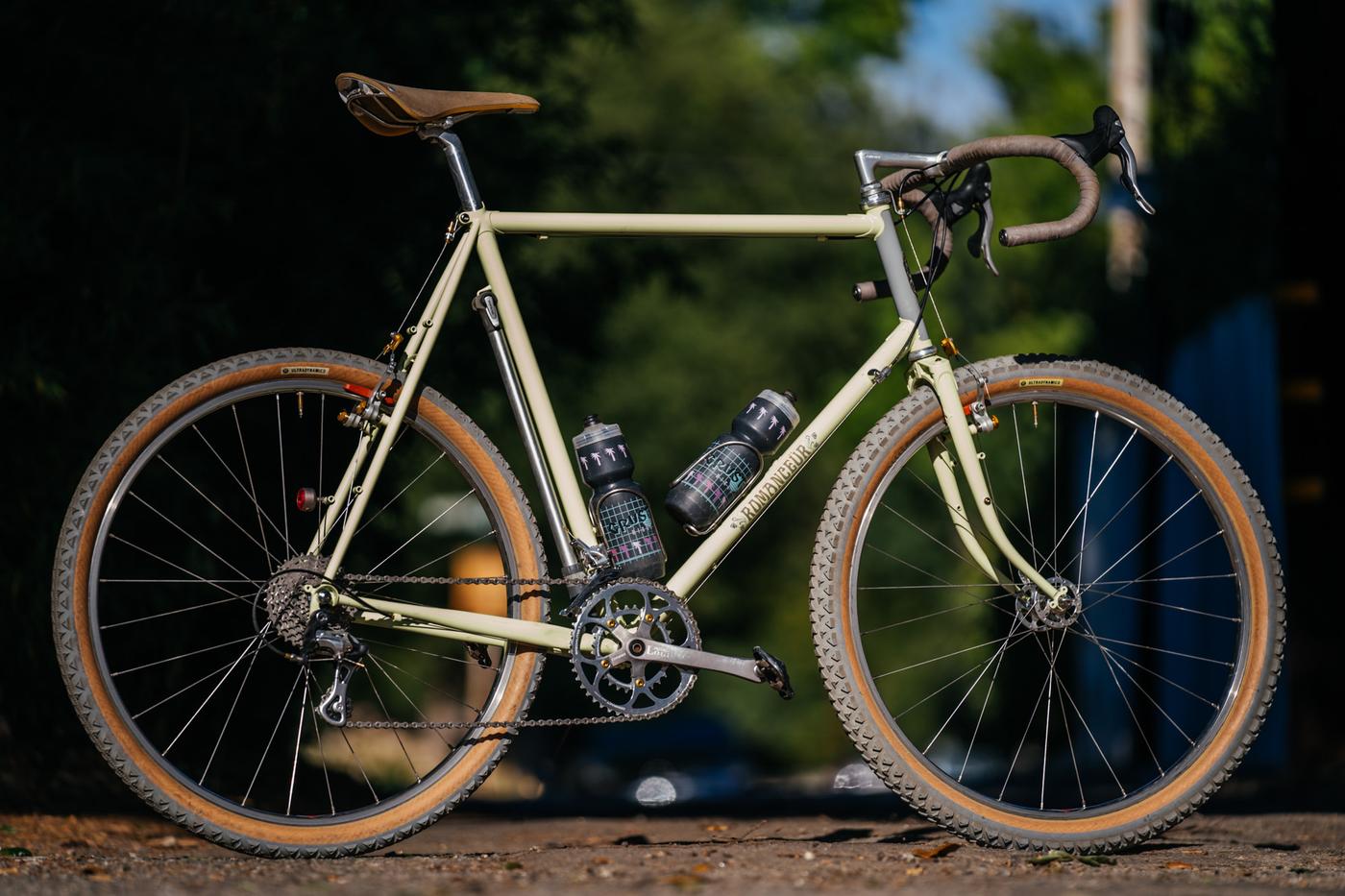 I love the dynamic duo from Ultradynamico. They’re the same but different. Ronnie’s builds are always some clever hack of 7,8, or 9-speed components, well used, filled with beausage and drenched in olive oil for maximum efficiency. On the other side of the Ultradynamico coin is Patrick, who I like to call Fast Patrick these days. 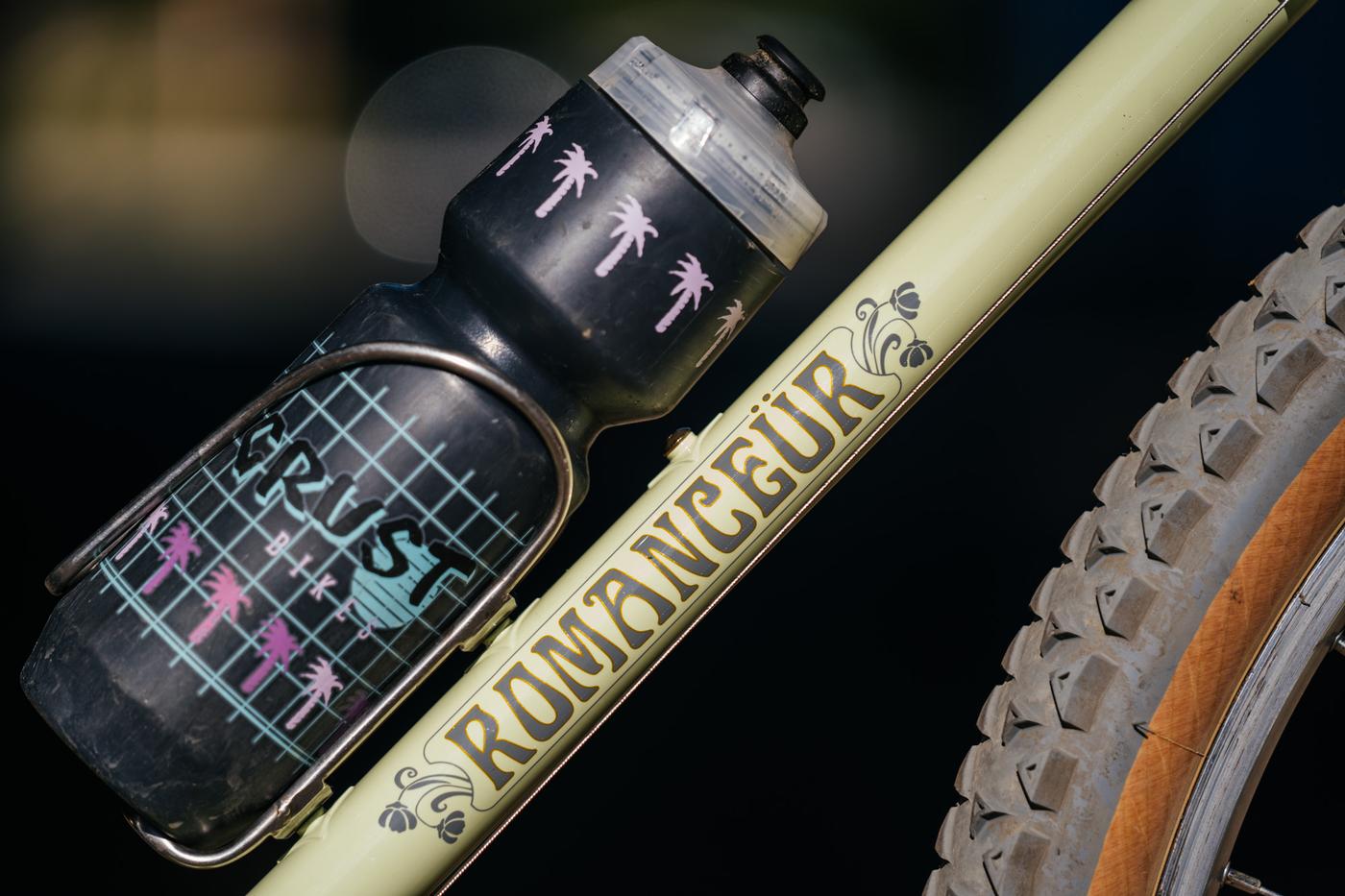 In the past, I’ve documented Patrick’s OPEN at Grinduro, which is the polar opposite of Ronnie’s usual steeds. Carbon. Modern. Featherlite. So I was a bit surprised to see Patrick don some steel at this year’s Mid South and then was really, really surprised to see him pull a brand new Romanceür out of his bike bag last weekend at the LA Invitational. 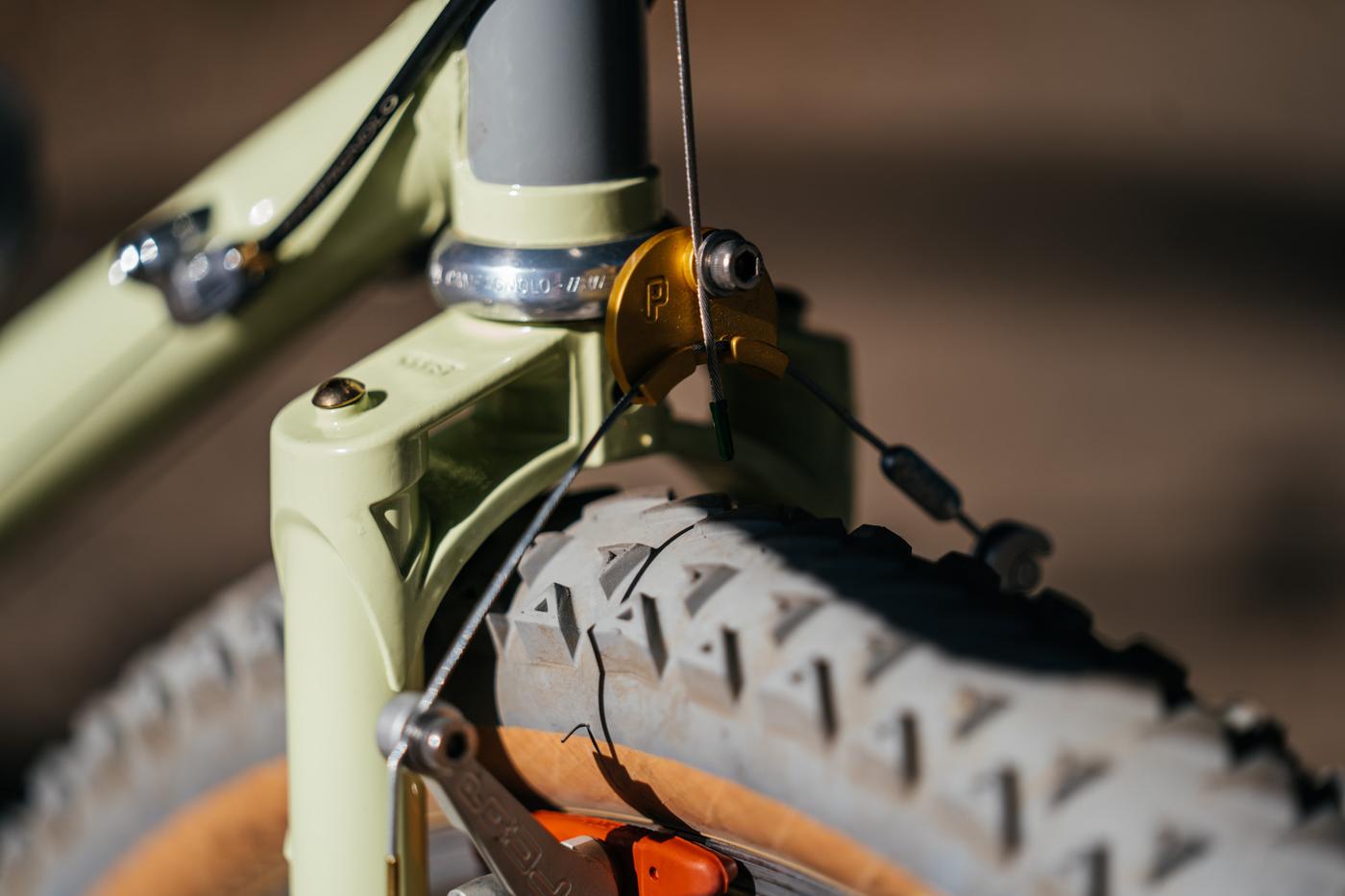 Patrick did the thing most bike mechanics hate. I’m sure some of you can attest. He showed up with a bag full of parts and a new frame the day before a big bike event and asked if it could be built up. 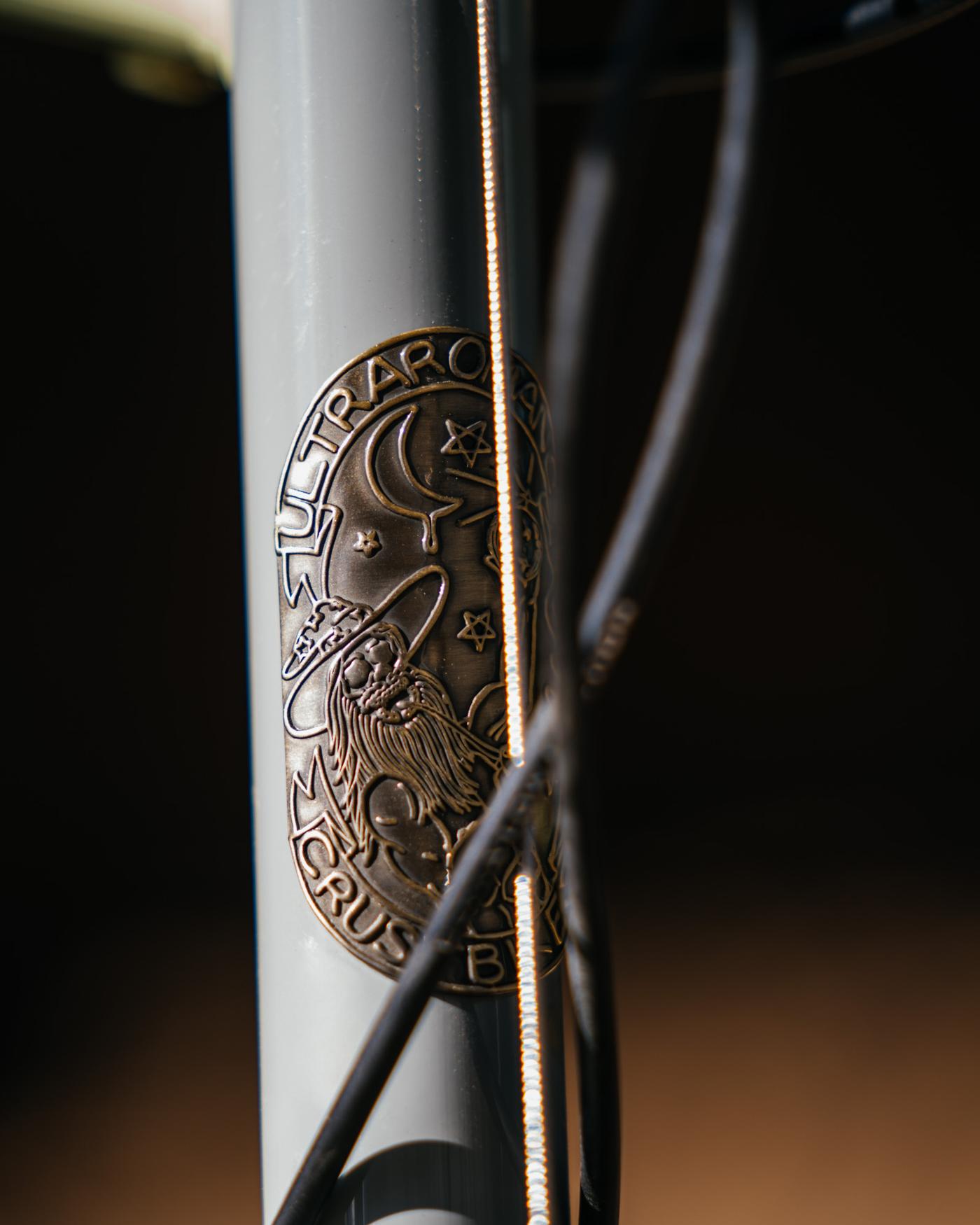 Normal mechanics might have hemmed and hawed about it, but Simon, the main wrench at The Cub House, kindly obliged and got to work, noting Patrick’s exquisite taste in Campy componentry. 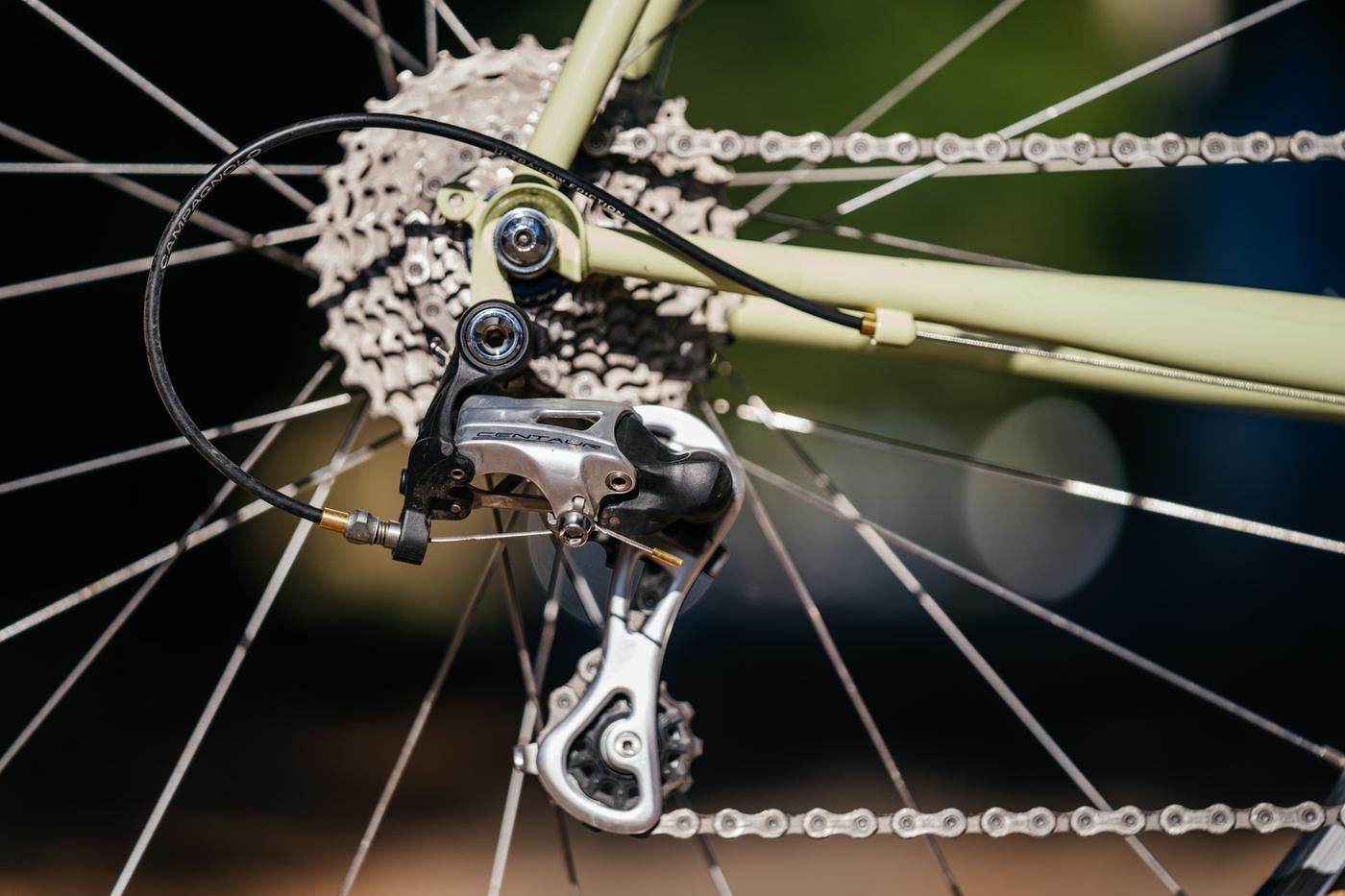 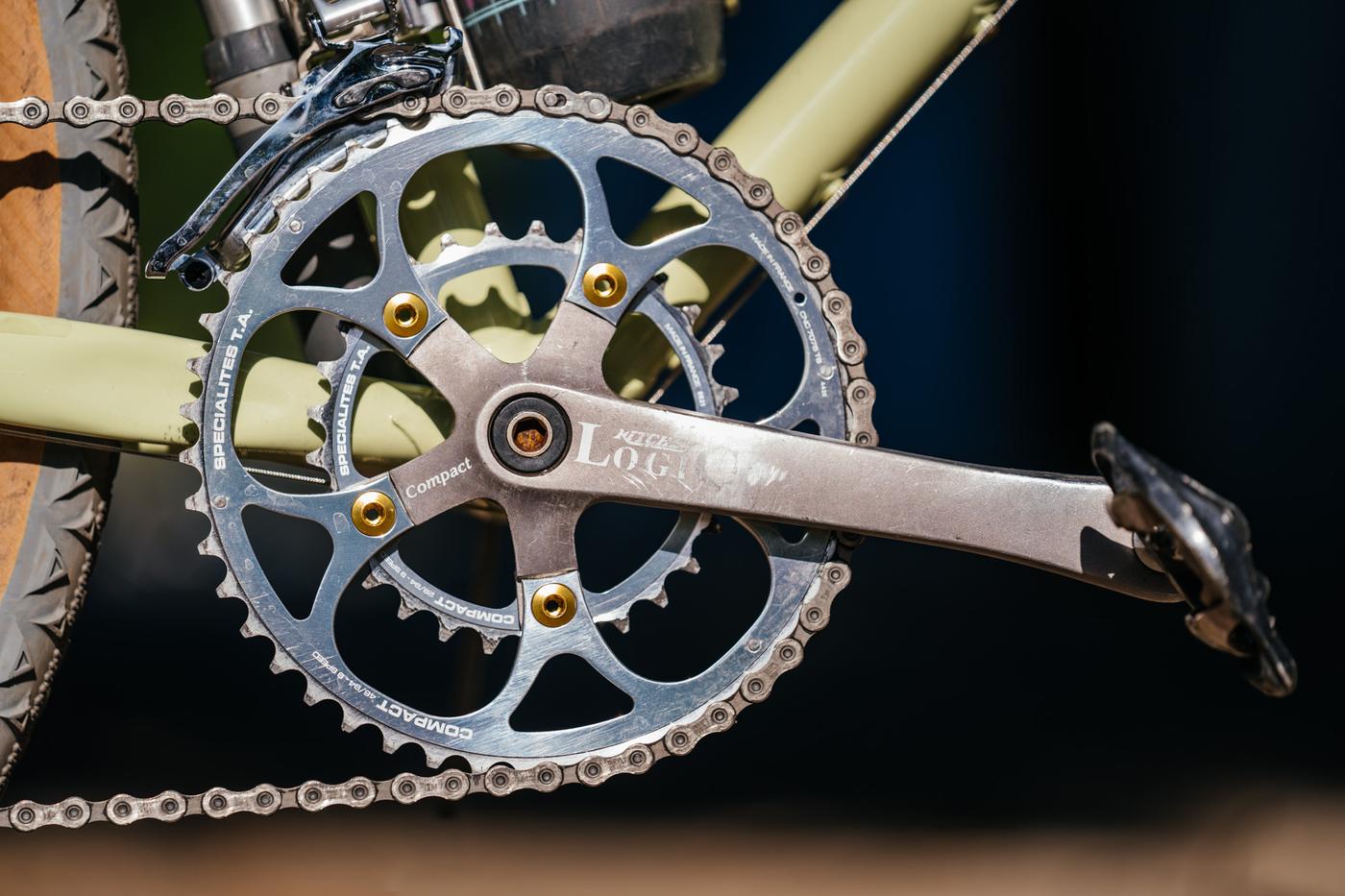 Centaur might be the last great group Campagnolo ever manufactured, and I say that in jest, yet it is the last mostly silver group that looks great on a 1″ quill frame. 11 speed, silver lever arms, and a silver derailleur. *Chef’s kiss* 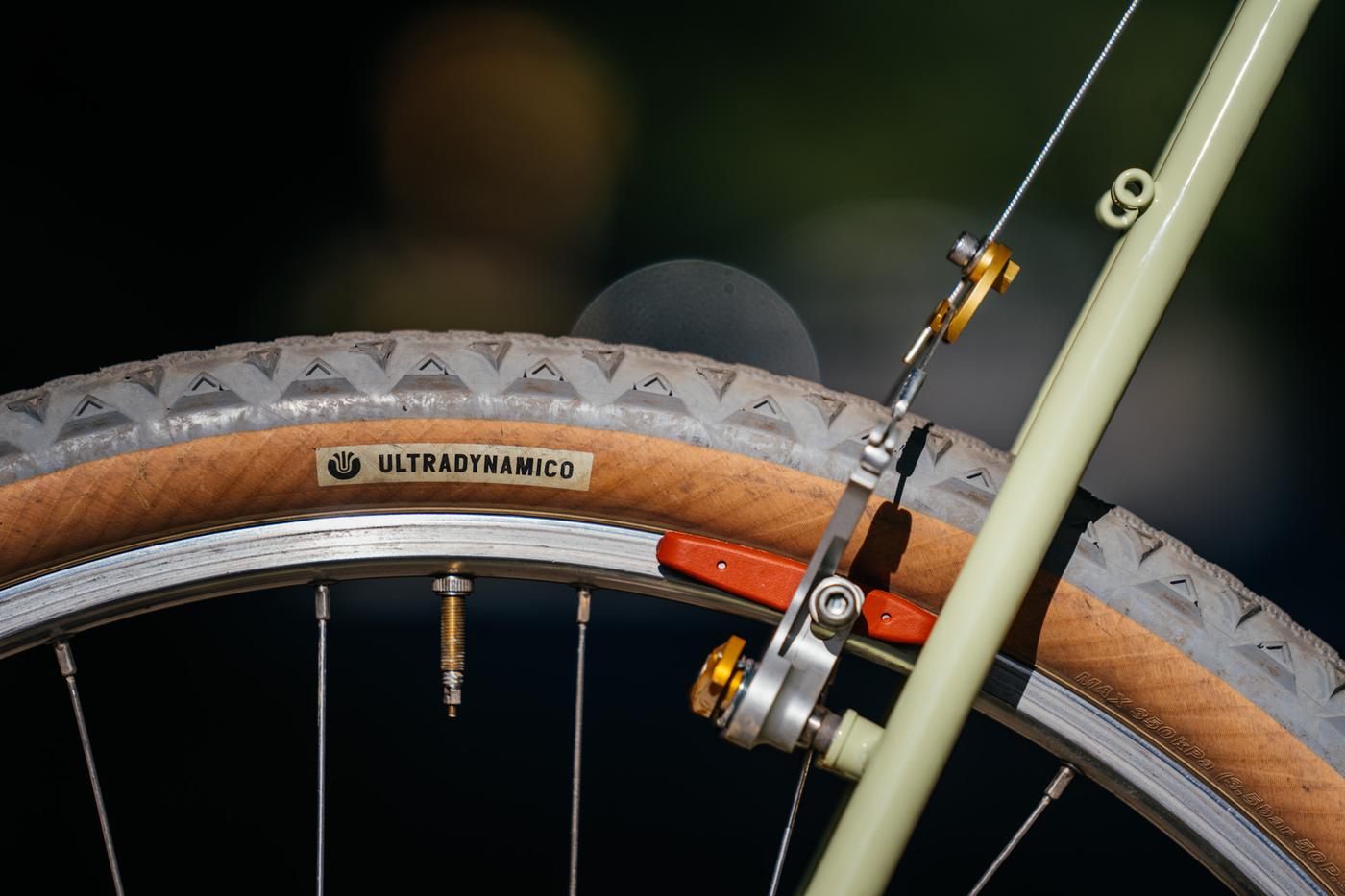 Paired with some older Ritchey Logic cranks, perhaps the last best square taper mass-produced crankset ever, with a wide range TA ringset of 48/29, this bike is the perfect steed upon which to pedal the 60 miles and 9,000′ of elevation the LA Invitational course had to offer. 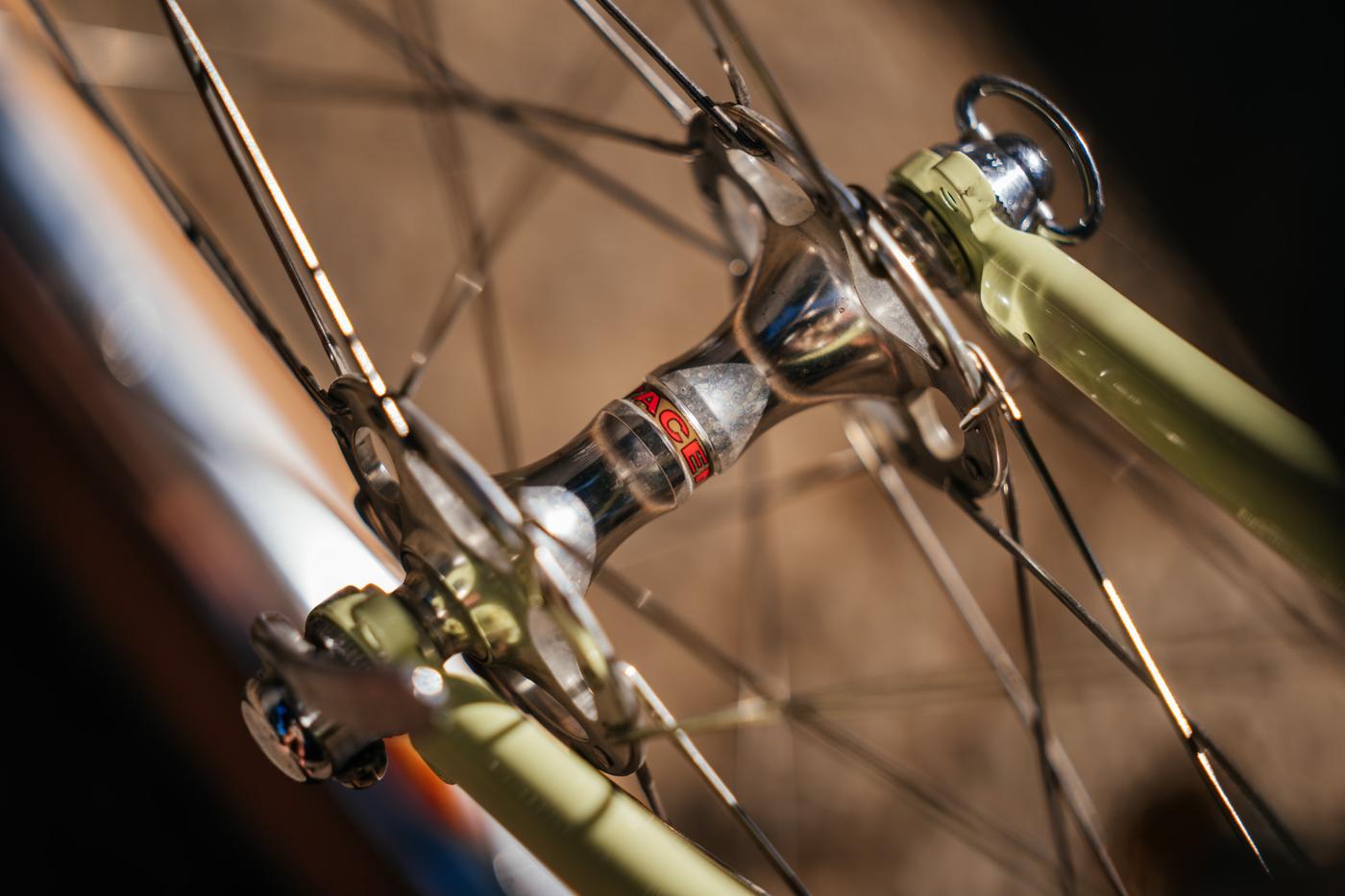 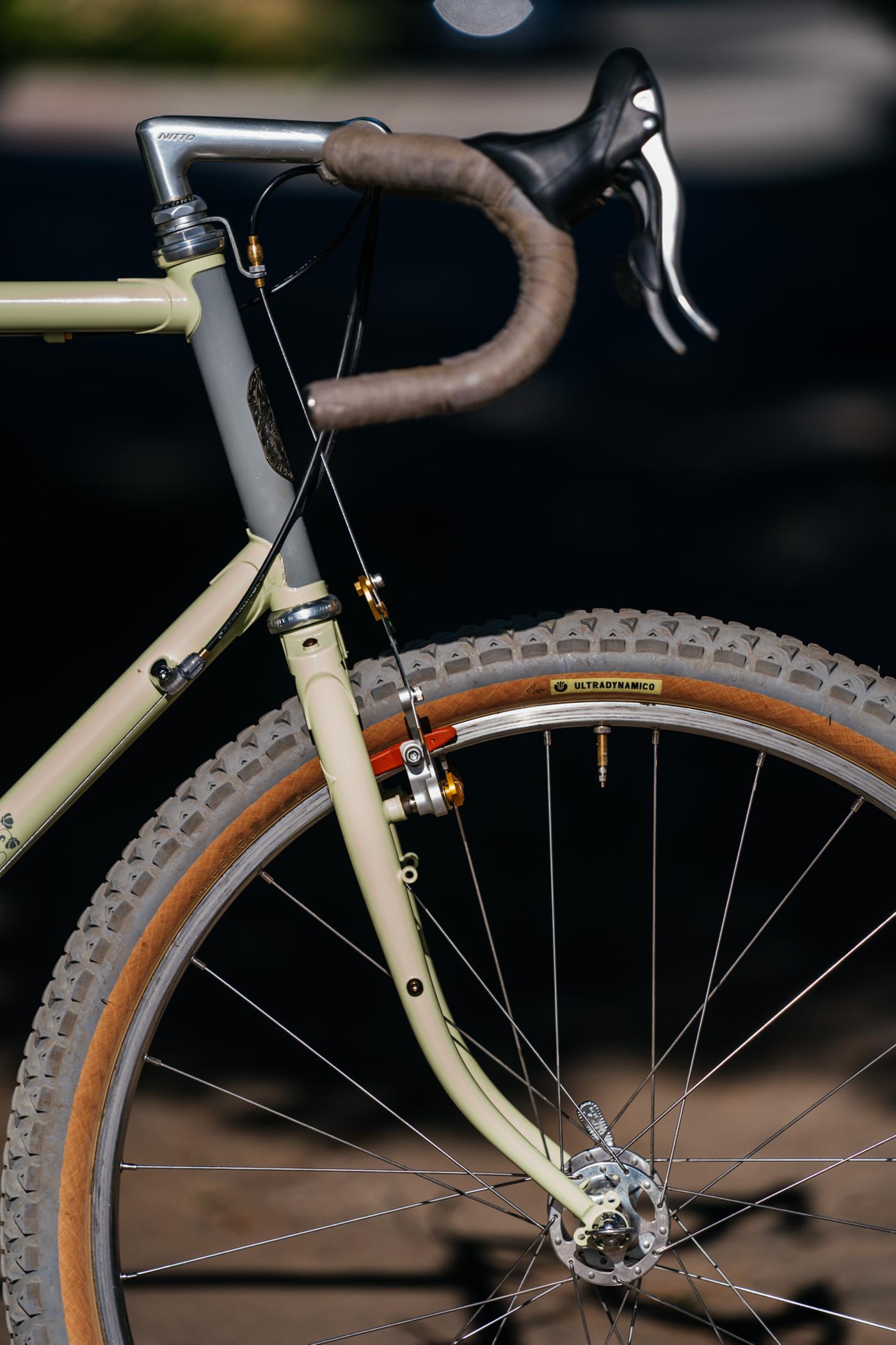 Patrick and I ride the same sized bike, so I can say this with confidence as I drag-raced it down Mission Street that Saturday afternoon: this thing rips! 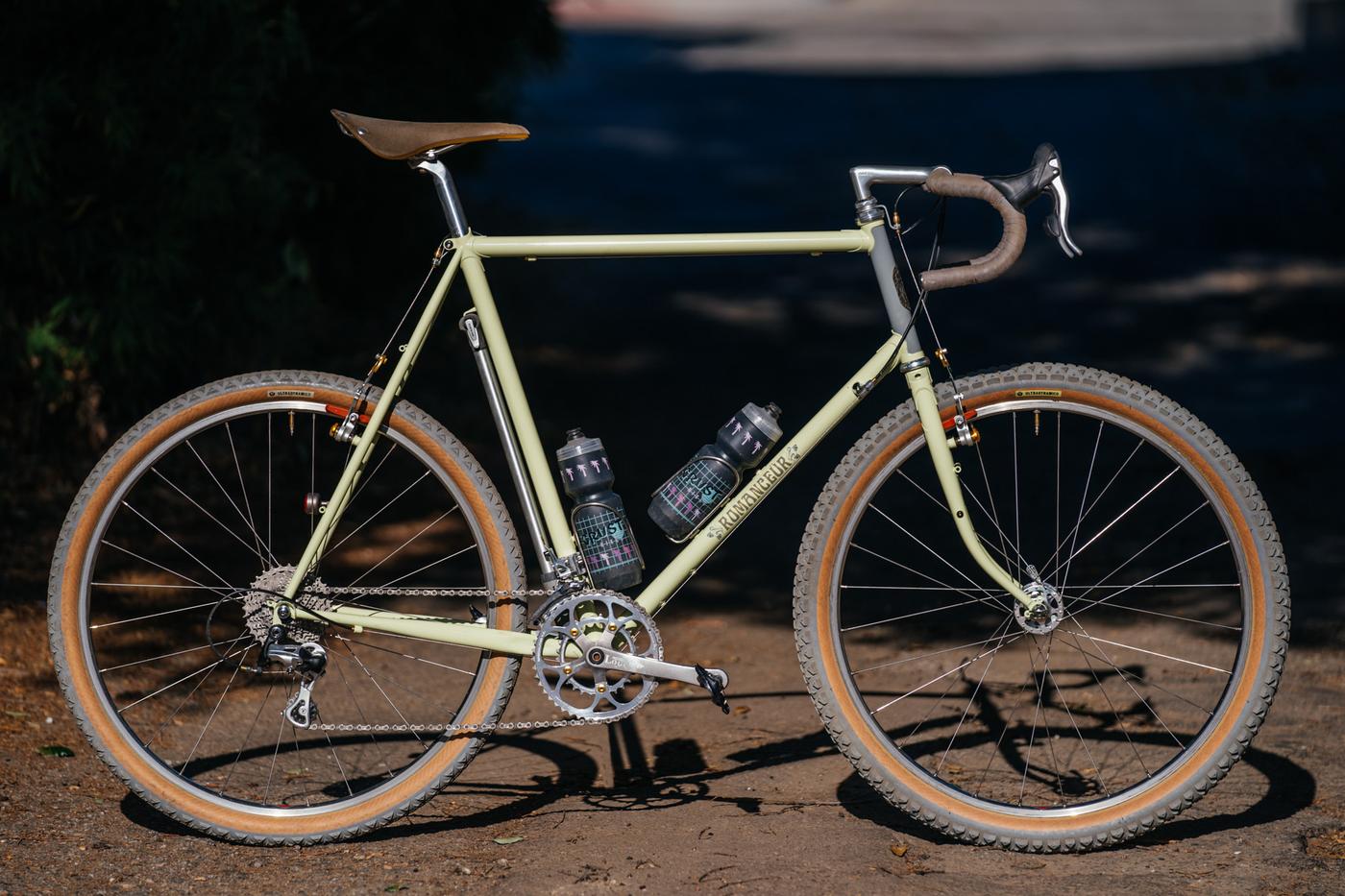 We’re in an era of “lighter, stiffer, and integrated” everything, and bikes like that suck the soul from enjoying the pleasantries associated with the ride quality of a quill stem and non-oversized tubing. The Romanceür might be the most significant gravel bike to pedal in the mountains of Los Angeles. Maybe. Or it just looks damn good while ascending through the chaparral.

Crust has these frames in stock now and shipping today, so what are you waiting for?

Thanks to Simon for assembling this beaut, Patrick for letting me shoot it, and Crust for making bikes that look as good as they ride.