Matt's Crust Nor'easter Blew Me Away

Live in the Northeastern Atlantic states long enough and you will come to learn of the macro-scale extratropical cyclone known as a Nor’easter. These storms bring rain, wind, can cause severe erosion on the beaches and in general aren’t that fun, unless you’re a surfer. Coincidentally, that’s where Matt from Crust Bikes came from. The surfing world. If you can call it a world at this point, it’s more like a galaxy. Matt spends a majority of time in New Jersey, at his super sweet shop, and he still surfs, so when a Nor’easter hits, Matt paddles out… These storms inspired the latest from Crust Bikes. While at the Eroica California weekend, I took his Nor’easter ‘light tourer’ out for a sunrise photo session. It still had spider webs covered in dew draped from the salmon pink tubing.

The Nor’easter is yet another, but maybe the best the do-it-all bike in the Crust Lineup. It’s a legitimate or illegitimate love child of the Evasion and Romanceür, depending on how you look at it. While not as heavy duty as a Evasion and not as classicly elegant as the Romanceür, the Nor’easter can still tour and take on fire roads without being over or under prepared. It’s construction is half fillet and half lugged, with a 1 1/8″ head tube – Matt’s is a one-off prototype with a threaded fork, internal routing, a pretty damn impressive fork and ample clearance for chubby tires.

What makes Matt’s build most unique is the soon to be released 0mm offset Nitto Stem, Towel Rack bars, Fab’s Chest bag and a new bag support, designed by Ultra Romance and made by Madrean Fabrication. 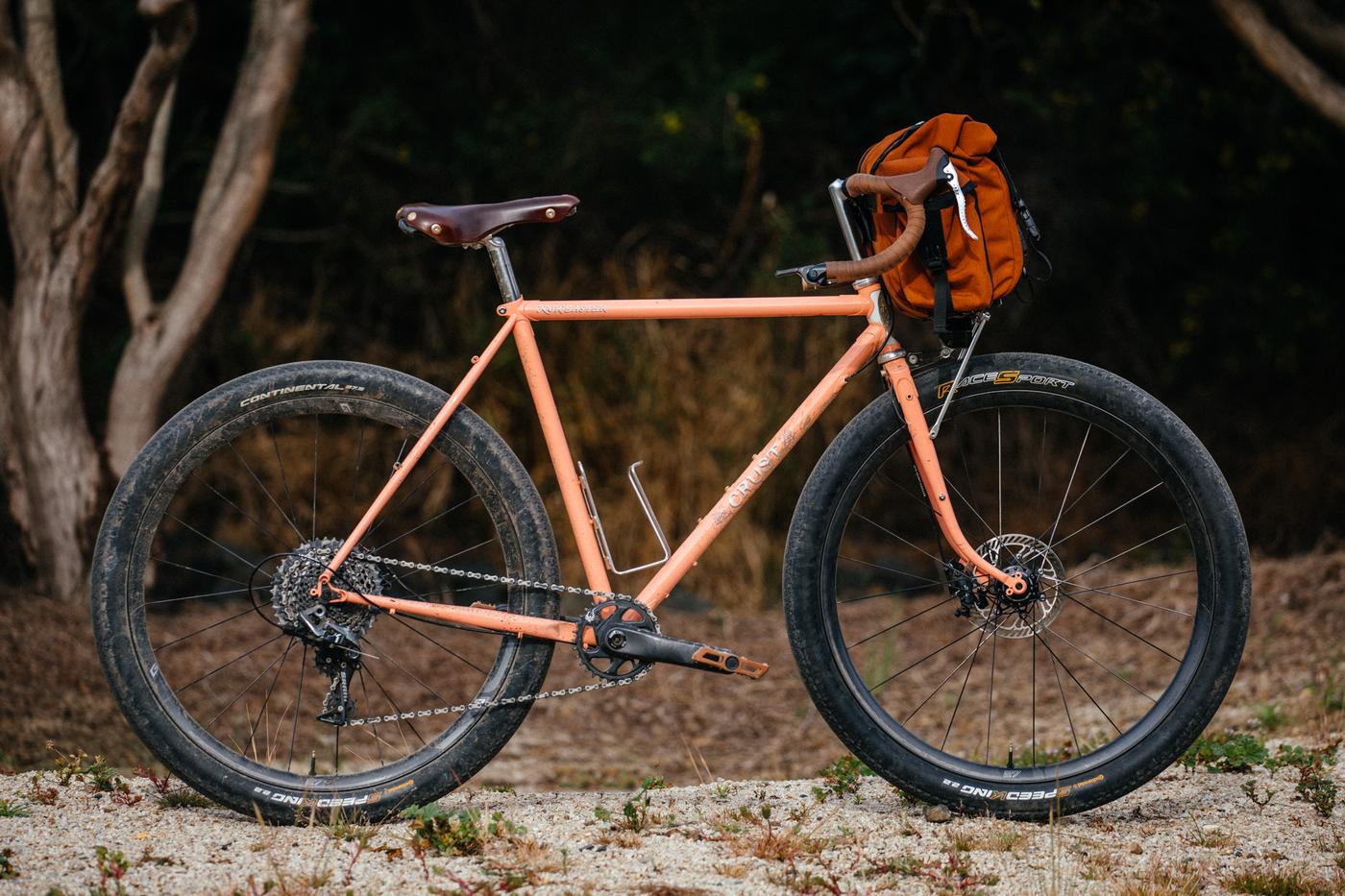 Now about the color. Who likes it? I personally love the way it looks! The Nor’easter is currently available in Robins Egg Blue and is in stock now at Crust Bikes!