Grinduro is my favorite cycling event of the year and when you include it in the Sierra Buttes Triple Crown, alongside Lost and Found, as well as Downieville, you’re in for a hell of a weekend. In its fourth year, you could tell the event is dialed but that’s mostly due to the amazing venue that is the Quincy Fairgrounds, Giro, the volunteers, the sponsors, and the Sierra Buttes’ impeccable ability to show everyone a great time! 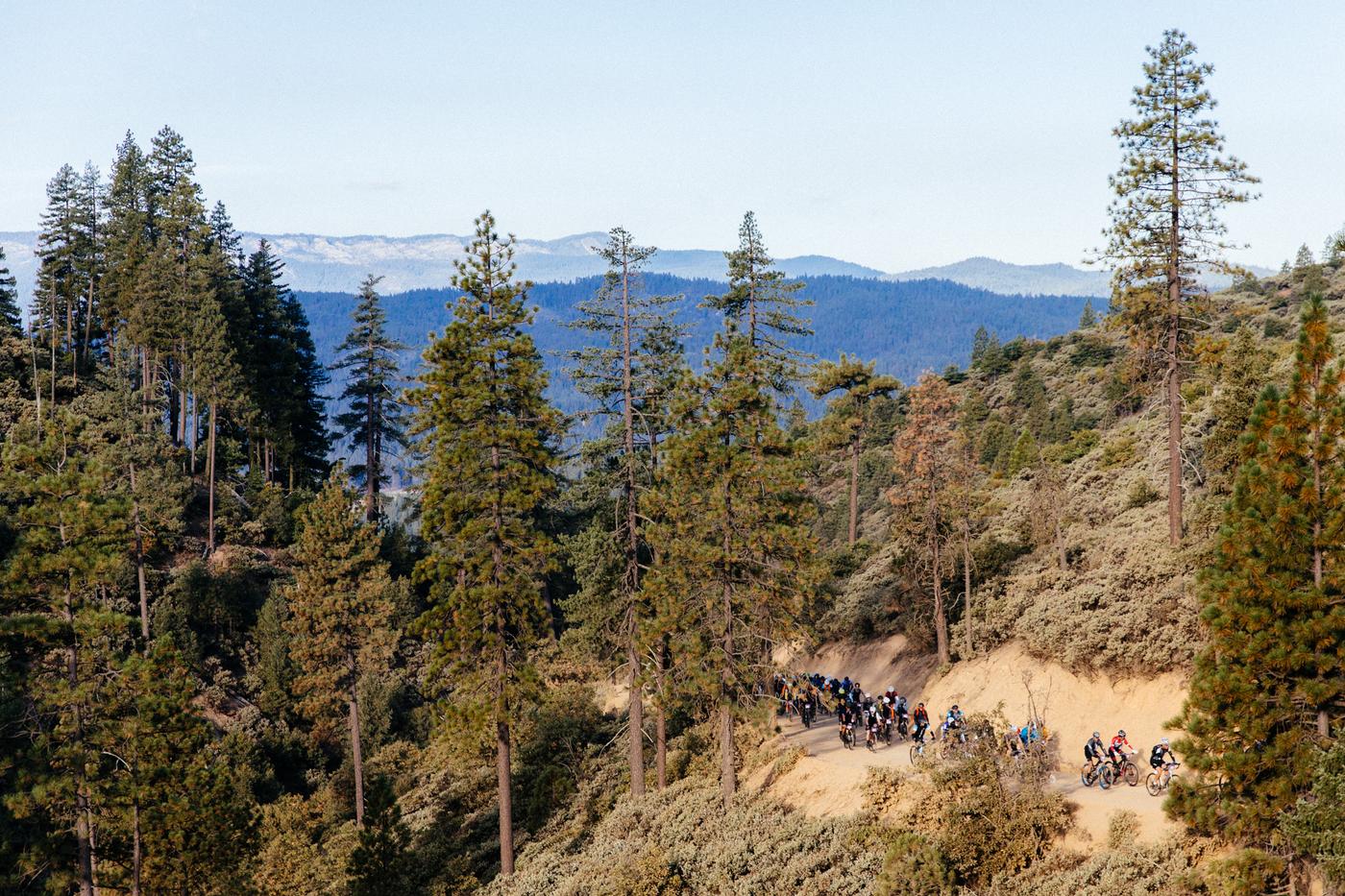 My goal for 2018 was to ride in and also photograph each of the three events in the Triple Crown, and it was no easy task. Riding the course and photographing each race was a physical and mental challenge. After each event, I didn’t want to “play bikes” for a week after, seeing as how my body was wrecked for days following. Part of the recovery process I like to go through is culling down the images in a digestible format – hopefully – presented in a way to deliver the stoke on a Monday morning. Following an epic Nevada mountain bike trip, I bounced over to Quincy a day early to set up my campsite, go for a few soft pedals, and an epic mountain bike shuttle, thanks to the crew at Yuba Expeditions. Come Friday, the Quincy Fairgrounds were alive with people as the finest in car camping accessories began to unfold across the green grass lots. Seeing friends and meeting new ones is just part of the whole experience. Wandering the Town Hall, looking at bikes, at art, at products, and watching others do the same brought about a frenetic energy, culminating on Saturday morning as the 8am roll out takes place. With cold hands and jittery legs, the Grinduro rollout is something special. The event itself isn’t really a race – only four select sections are timed – which removes the usual soul-crushing sprint from the line. This means everyday cyclists get to ride alongside pros and cycling celebrities alike, checking out their bikes, and striking up pleasant conversations. Soon, however, Mount Hough and puff rears its forboding head and the dusty climb ascends along with the temperature and party vibes. The aid stations come faster than you’d expect and soon, the first timed segment approaches. A brutal climb is sure to awaken the legs and when it’s all said and done, you’ve still got 10 miles of climbing left! It isn’t until the next timed segment – a fire road descent – that the party really begins! Ripping loose corners, flying over scree, filling your lungs with Plumas County dust, and cramped hands from hard braking are just part of the experience. At the bottom, the scent of smoking rotors fills the air, as people crack open cold beverages and begin to share stories. If only we could find some way to harvest this energy to power the world. It’d keep a major city’s lights on for weeks! 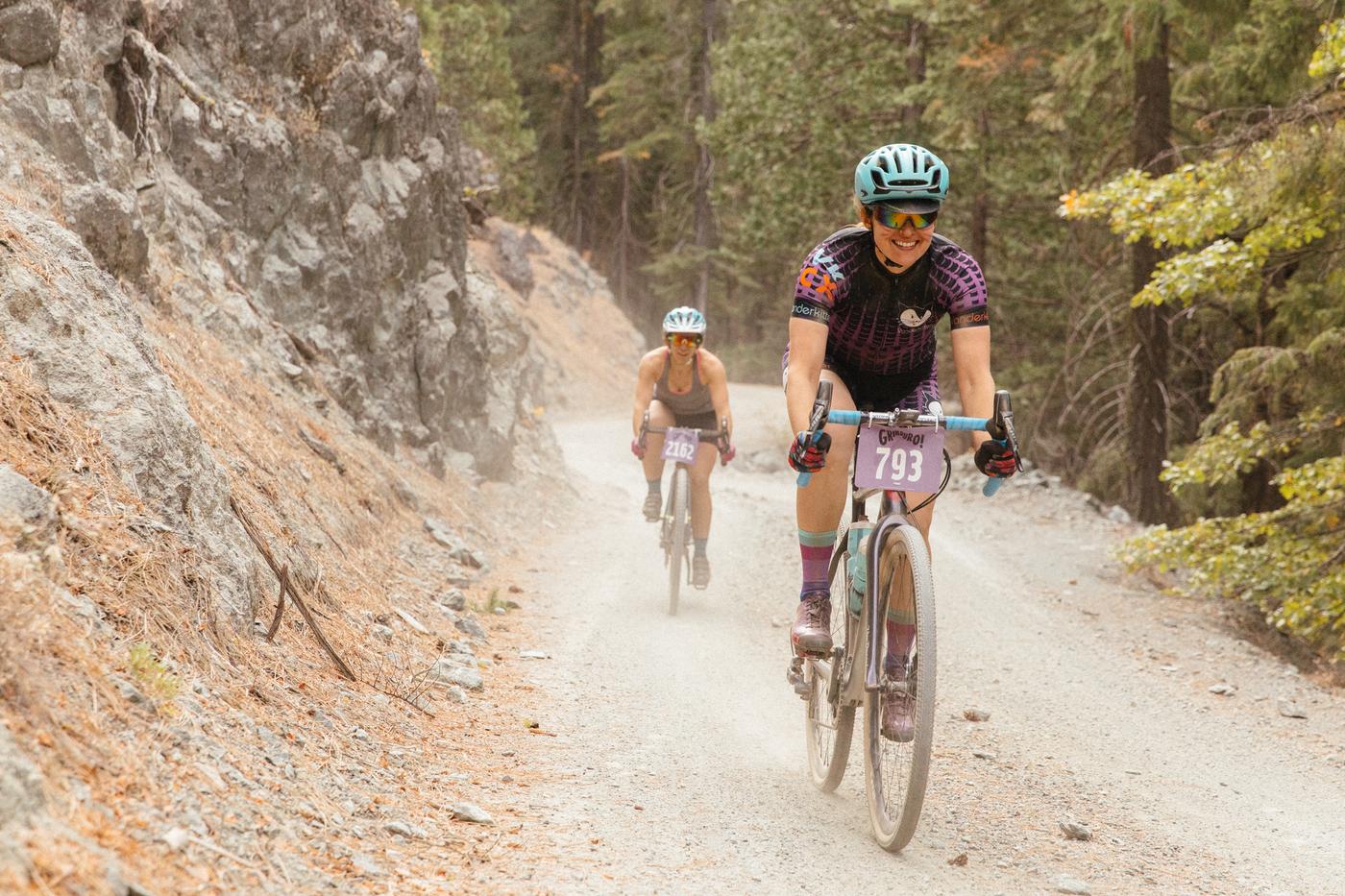 As you’ll notice, the bike selection is unique and varied, ranging from 90’s mountain bikes, to disc road, full squishies, and straight up monster cross machines. The participants are as diverse as the bicycles, with men, women, boys, and girls filling their smiling grill with dust and their stomach with delicious food, all supplied by the Sierra Buttes. It’s at lunch that the tone goes from party to seriousness, for the climb up to the Mount Hough Singletrack awaits. 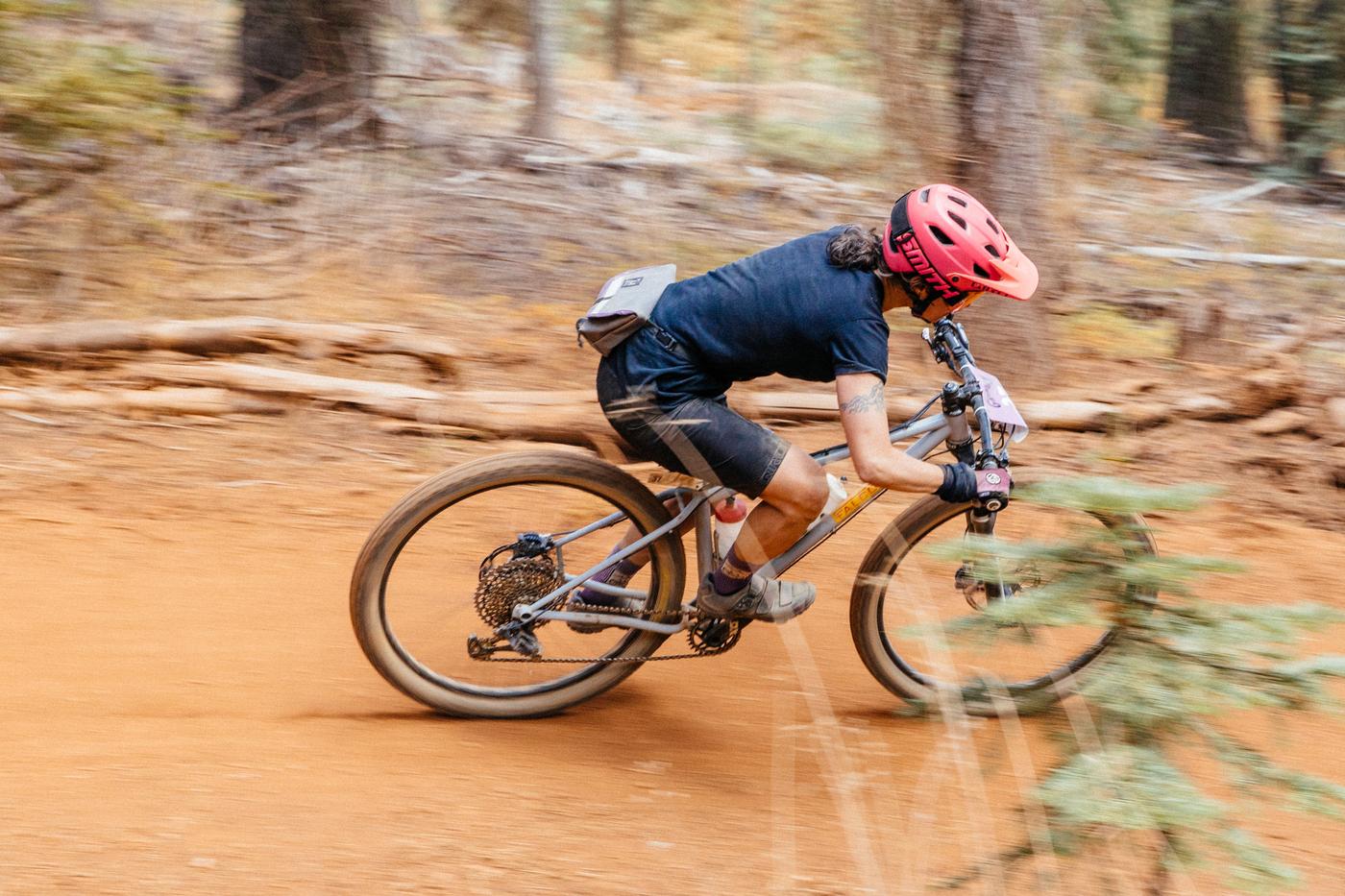 Souls are strung alongside this dreaded hike a bike and suddenly the heaping plate of food seems like a bad idea. Turn after turn, crank after crank, and all you can think of is that fast singletrack that awaits. I can’t think of another event where the reward is as great as that final descent down the ass crack of Hough… Especially when you account for the beautiful swimming spot party zone at the bottom! Back at Grinduro HQ, the chefs are cooking up for 300+ hungry souls, and warm showers and cold beer await. Unwinding after a hard day on the mountain is something else, as the sound of crackling firewood coincides with chitter chatter about leg cramps, rattlesnakes, and near-misses. The party goes on and on, and for many, it doesn’t even stop at the break of dawn! Before you know it, Sunday morning rolls around. Hangovers and high fives abound, as tent poles clatter, stuff sacks get stuffed, and bikes get loaded up onto roof and hitch racks. People lament how sore they are, or how this year was harder than last – perhaps we’re all just getting older? 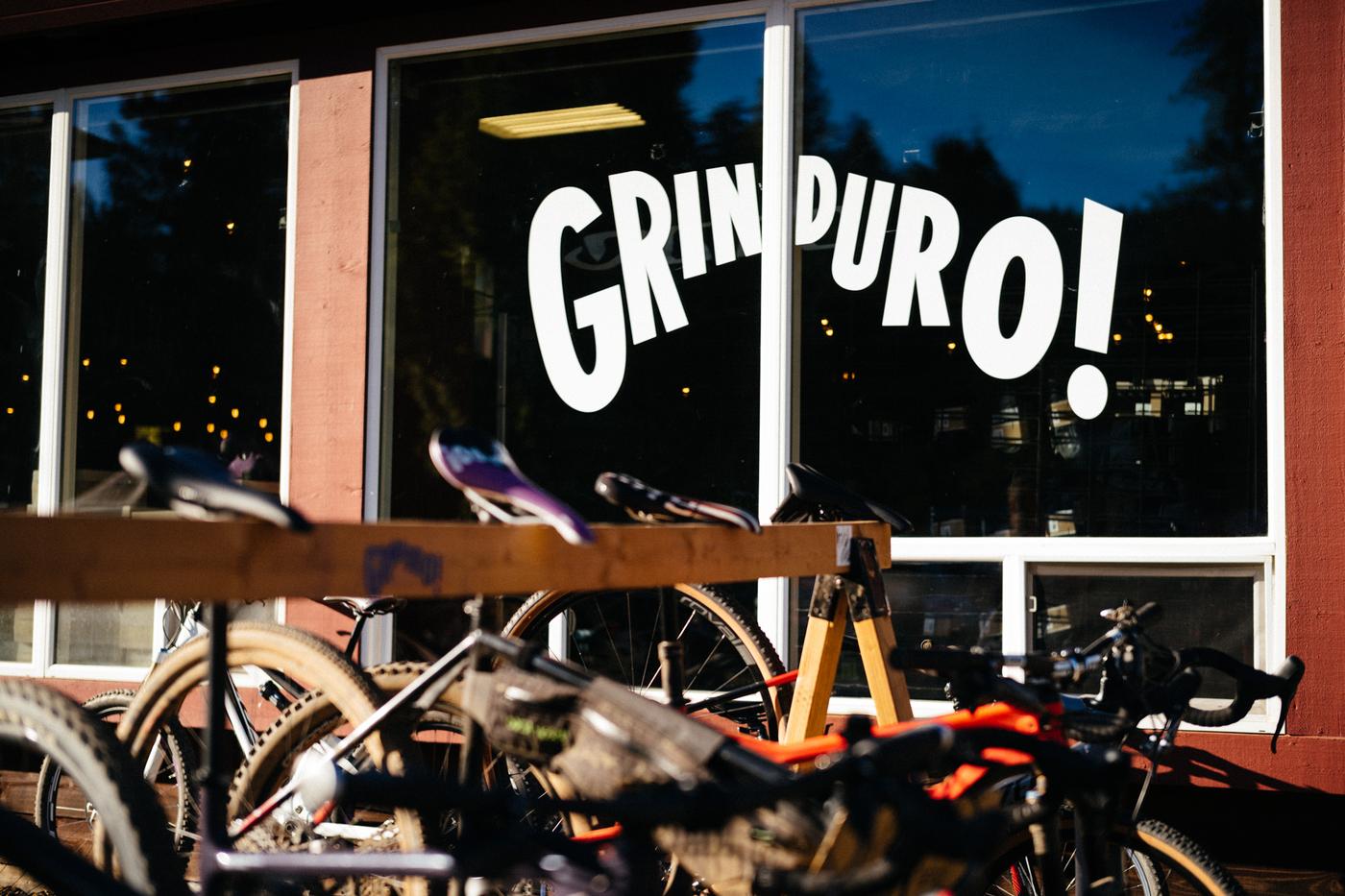 Longevity for events like Grinduro rely on Giro, you, the participants, and organizations like the Sierra Buttes Trail Stewardship. If you’ve yet to make it out to this event, I highly recommend it. You won’t regret it! Thanks to everyone that makes Grinduro a possibility, to everyone who said hello, who heckled, who handed me a sparkling water, and who continue to make this one of the greatest cycling events of all time!

Check out a broader image selection at my Dropbox.