And so it goes…

Mike DeSalvo is a friend of mine. I’m a fan of his work (I own a bike from him) and I believe he’s a fan of my work. We’ve done a few projects over the years now. Each one always rooting itself in some sort of nostalgia as the inspiration. Be it our shared love of the Raleigh Team Ti scheme and 80s skateboard graphics. Or his love with Volkswagens, somehow we always, naturally zero in on the thing that inspires both of us.

Earlier in the year Mike was invited to show a bike at Grinduro, as a solo frame builder, these sort of things are a little riskier as its a bike built without a customer, then again as Mike’s waitlist is about a year long, this was the perfect opportunity to build a bike he wanted to build and have it painted in his own style. Settling on a dropper post, a big tire gravel bike is perfect for Grinduro California‘s course. Mike dropped the bb a few mm for some extra stability with big tires and gave the chainstays a few more mm for a smoother ride (motorcycles have been doing this forever). With the idea of what the bike would be nailed down, it was time for paint. Never one to miss a good time or opportunity Mike sent me texts the day he got the invite. It started simply… “what do you think about purple with gold leaf” all the way until we got into the weeds of 70’s racing VW beetles. Mike has a thing for VW’s and we have often paid tribute to this love. We went down a rabbit hole of Gassers, Inch Pinchers, and Dean Lowry. Cars and colors were being messaged back and forth until we hit it with a car that we both absolutely were drawn to, the Dyno Pincher. 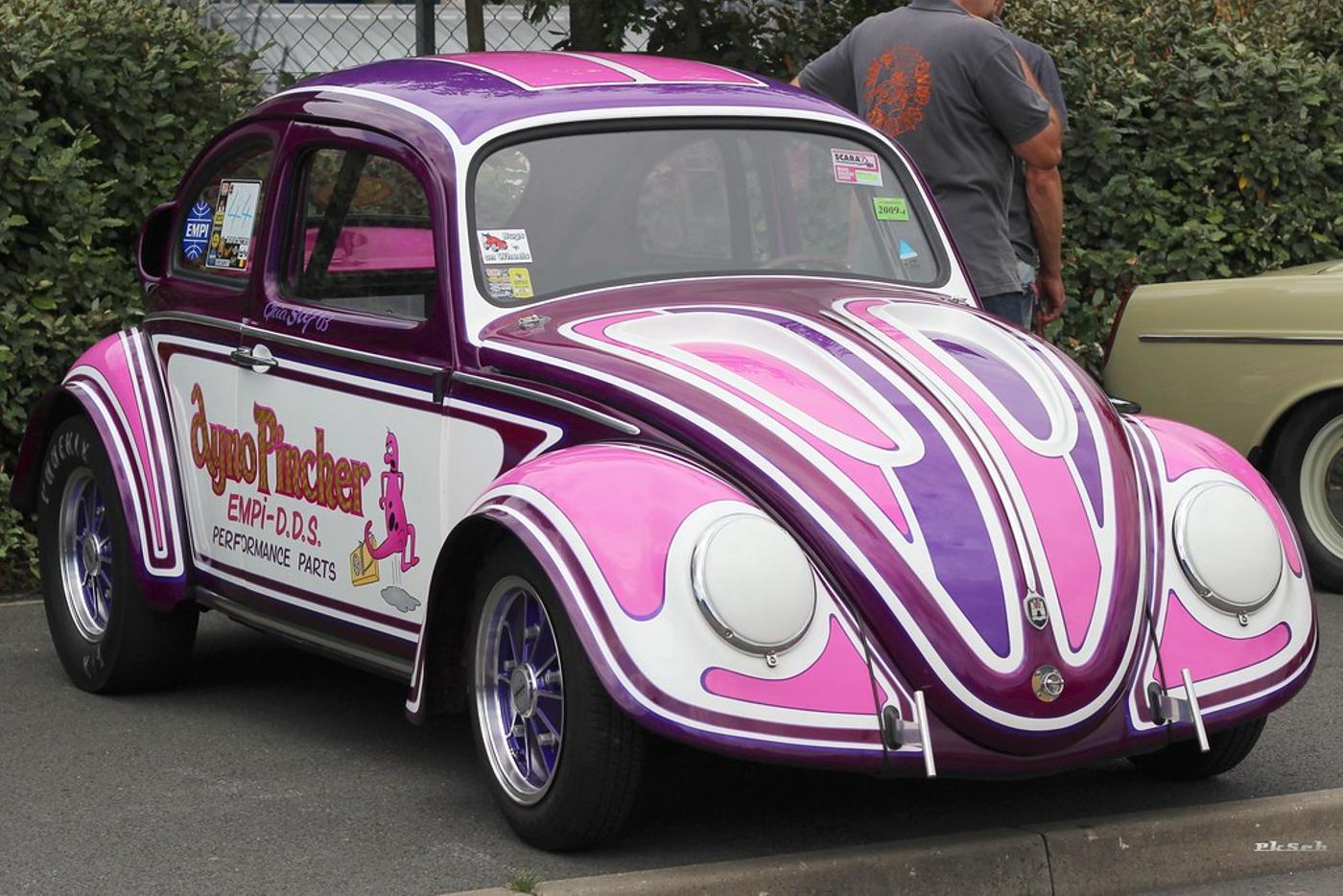 The Dyno Pincher is a 70s beetle gasser, paying homage to the original EMPI Inch Pincher. It was painted in 2009 but has this wacky mix of 70s hotrod styling and almost early 90s colors. The entire scheme is form-based, following the lines of the beetle until you get to the roof where it’s just this weird blocked pattern that contrasts everything else done. I instantly thought (that’s the fork) and we will follow the form on the frame. 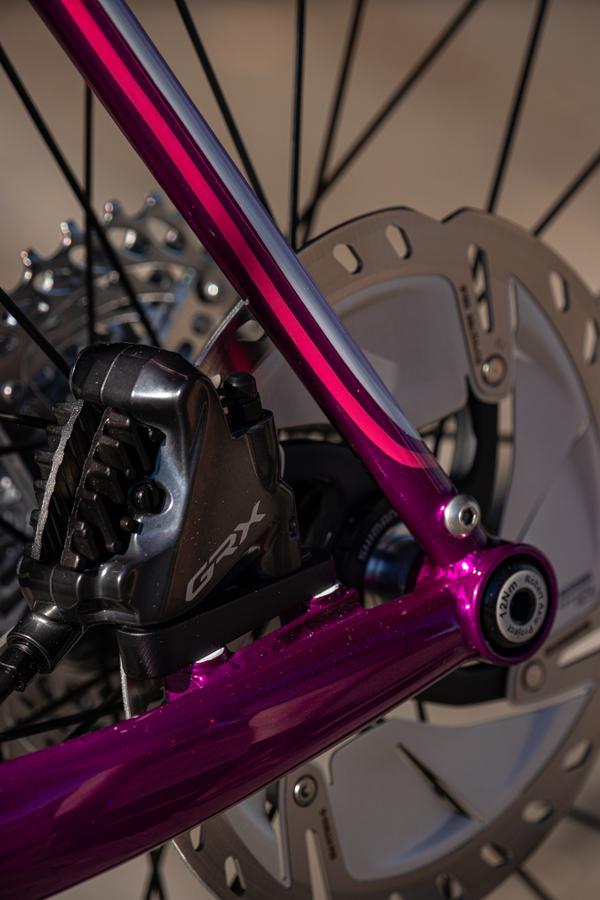 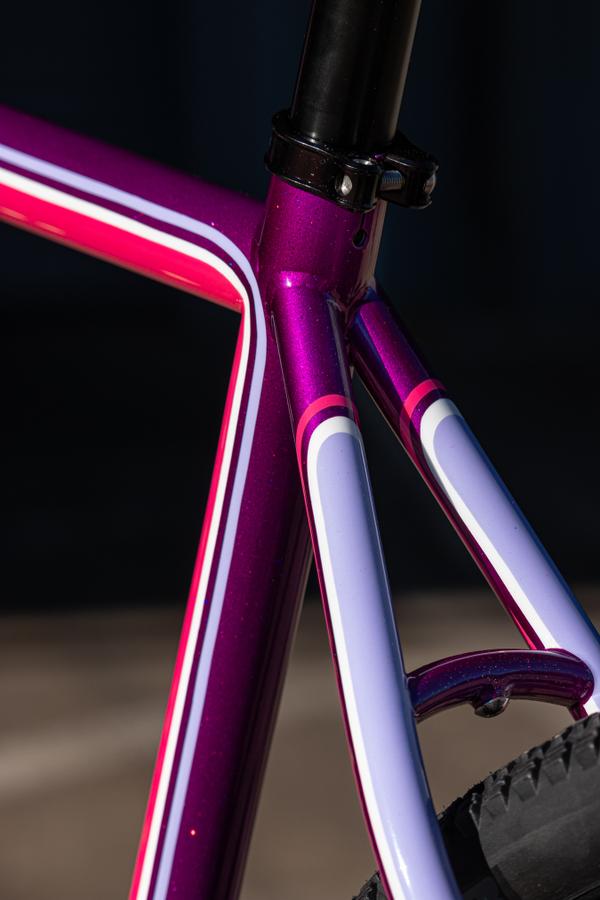 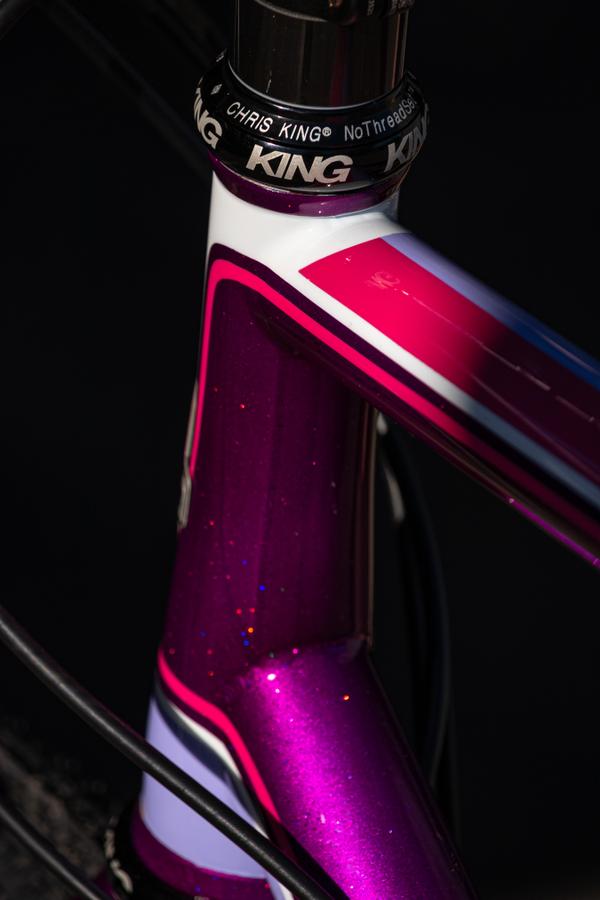 With little fuss, this scheme was laid down digitally in one night and Mikes sent it off to his painter, who absolutely nailed the scheme from my rendering. But right as the bike was finishing up in paint, wildfires caused Grinduro to cancel for the second year in a row. Knowing that we pushed the chips all in on this bike it for sure will not be for everybody but that is kind of the point of a show bike. It draws you in and starts a conversation. Rather than sit on the bike until the next show, or be bummed out about it, Mike simply said “we can always do another one” and decided to put it up for sale. 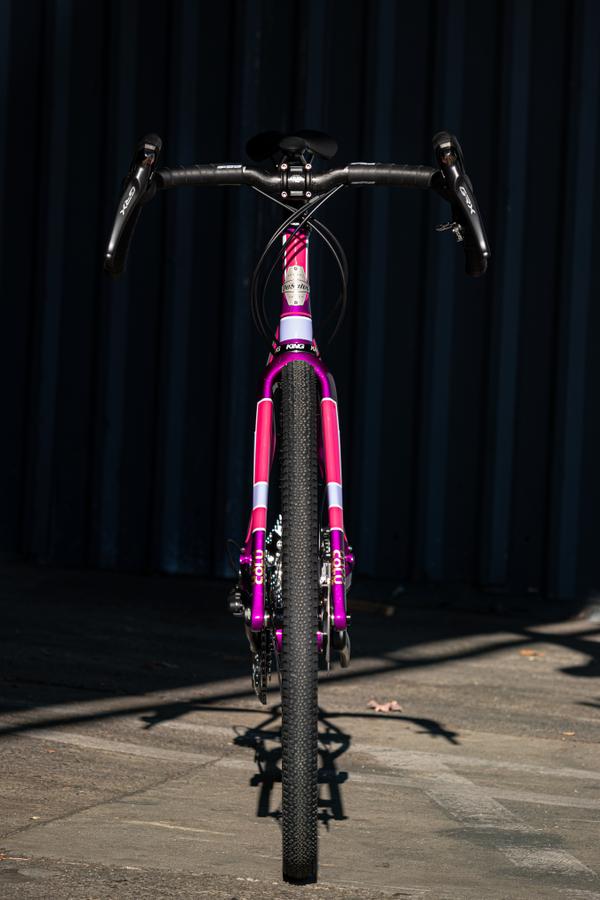 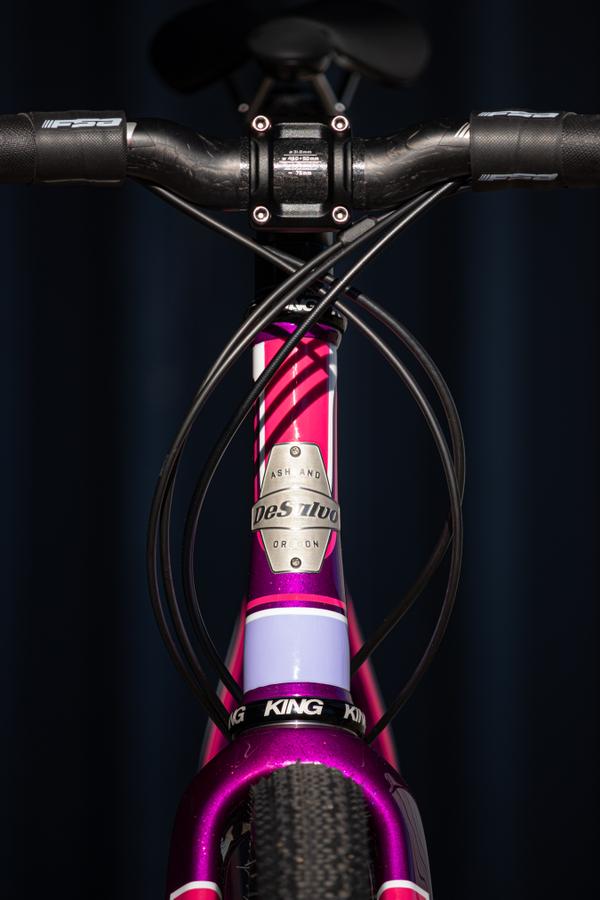 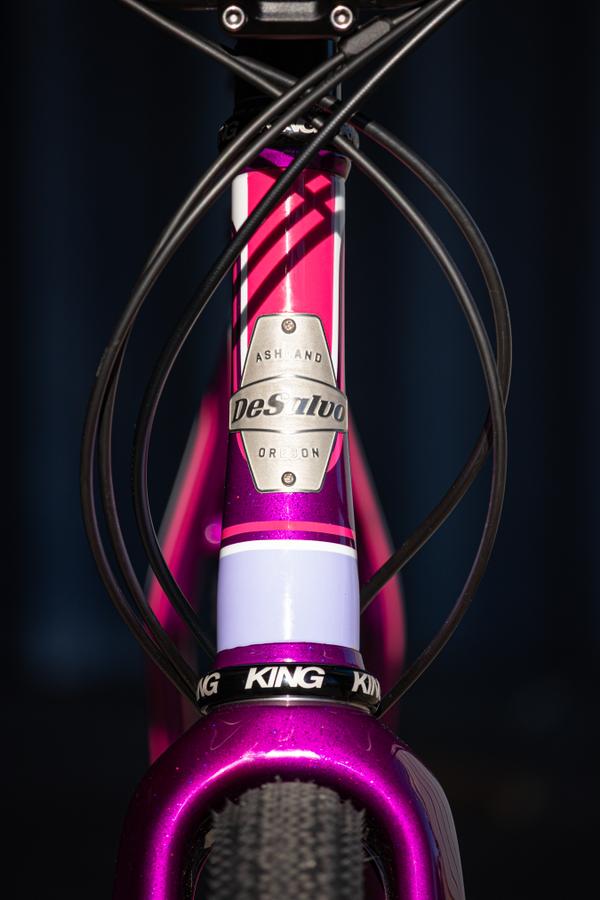 To me though this thing deserves to see the light of day so I wrote this up and sent it to The Radavist. In these times with bikes so hard to come by I absolutely believe it’s not about getting just any bike anymore it’s about supporting those who are passionate about their work and stand by the quality. This bike is the spirit of that and to me, Mike’s bikes are some of the best and most affordable in the business. Mike has this almost older brother vibe to me, and maybe that’s why we work so well together? Somehow introducing me to worlds of inspiration I had no idea existed. This makes the work so absolutely enjoyable and the older I get, the more excited I am to see and be introduced to new things. Thanks for always inspiring me Mike can’t wait for the next one! If you want to own this bike Mikes asking 6k OBO. It’s roughly a size 56, features GRX Mechanical and Astral Wanderlust to White Ind Wheels. Rolling on 700×45 WTB Riddlers hit him up for more details mike@desalvocycles.com