Our trip began at the Shinkansen station in Fuji, where we packed our bikes and headed on the road. Ironically, this is the only time we'd see Mount Fuji on this trip...

Visiting countries like Japan, you’re always drawn to hyper-modern cities like Tokyo, or classic, traditional places like Kyoto. While I’ve spent a lot of time here, I’d never spent much time in the countryside, much less the wilderness. I’ve always used a bicycle to explore an urban area. When Circles brought handful of US framebuilders and myself over to Nagoya for the Gourmet Century Asuke, they asked us to bring our own bikes. Not just to display at the Personal Bike Show, but to embark on a week-long bicycle tour with. This influenced what everyone brought greatly and ultimately, was a true test of each builder’s philosophy on touring. 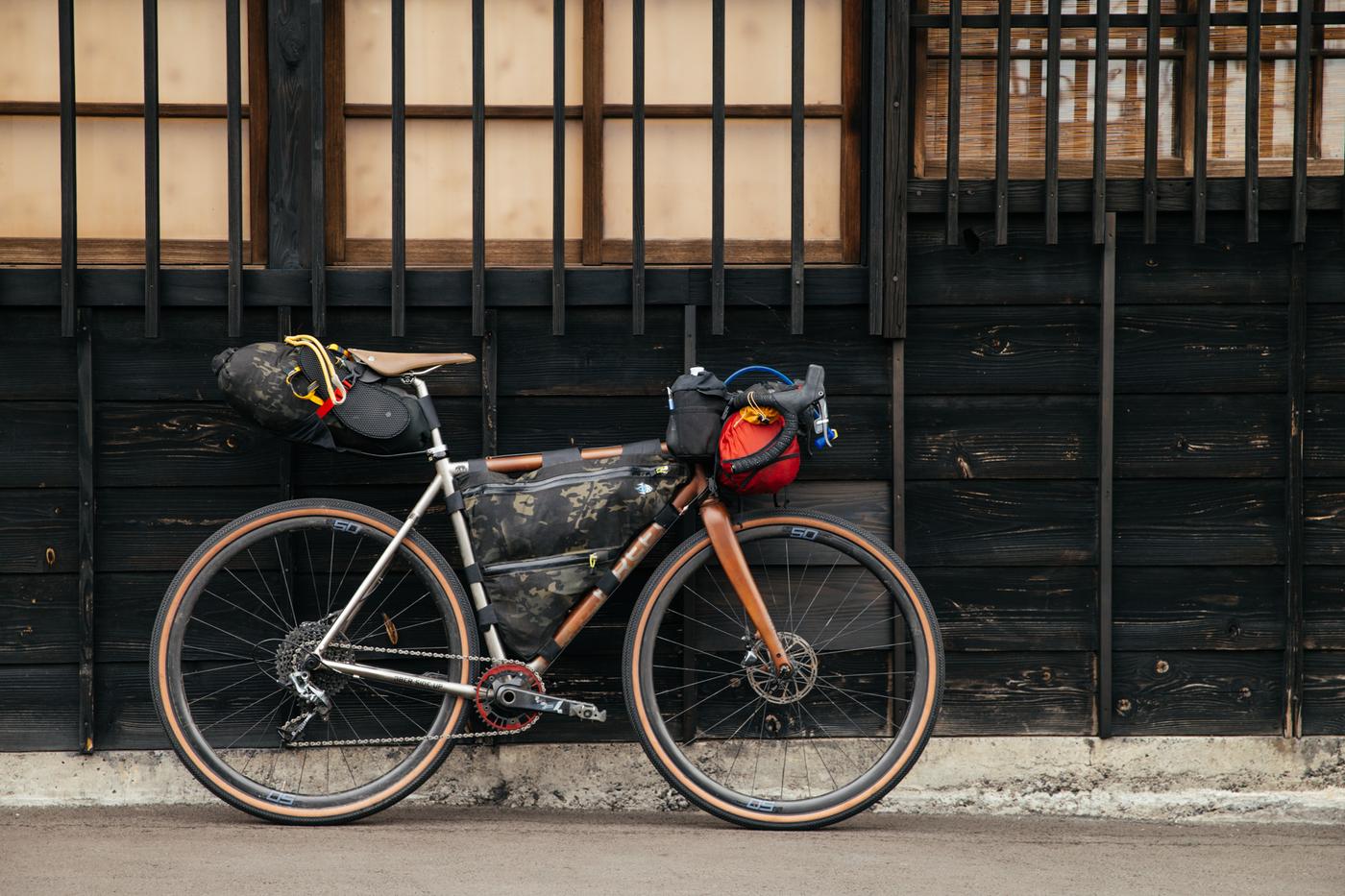 For me, my all-road or ‘cross bikes always did the trick for trips like this. I’m used to doing “road rides” on big, fat tires and am more than comfortable fully-loading a ‘cross bike with bikepacking bags. I packed my bike, along with all my camping gear, touring bags and flew to Nagoya for the Gourmet Century. After Asuke, we all had a day of downtime before loading our bikes up with bags, camping gear, hopping on the Shinkensen, or bullet train, and embarking for Fuji, a small town at the base of, you guessed it, Mount Fuji. The train ride took about an hour and a half, which we passed with stories of the previous-weekend’s events. 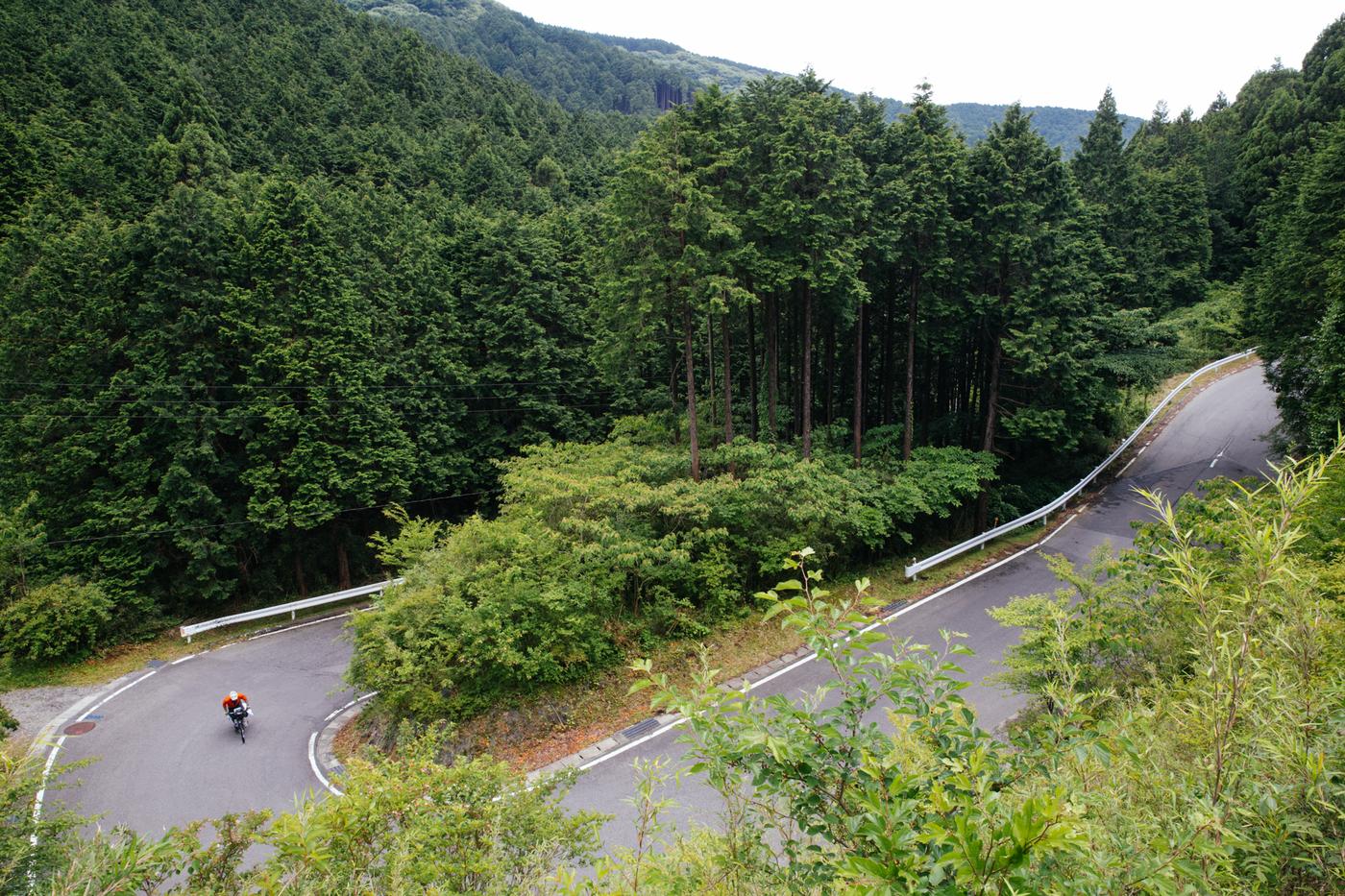 Our two-part trip began with a three-day route around the sleeping god that has inspired and influenced Japanese culture since the dawn of civilization. Remember, Mount Fuji is an active volcano! We’d begin and end on the coast, climb various mountains, enjoy the local vernacular, eat delicious food, and best of all, camp! All while (mostly) avoiding the oncoming rainy season weather. Then, we’d take a boat to Izu Ōshima for an even more epic journey! Now, you’re probably thinking, there’s no way a bunch of gaijin could successfully navigate the Japanese countryside unguided, right? Well, truthfully so, we could have, but we would have missed out on all the local knowledge! 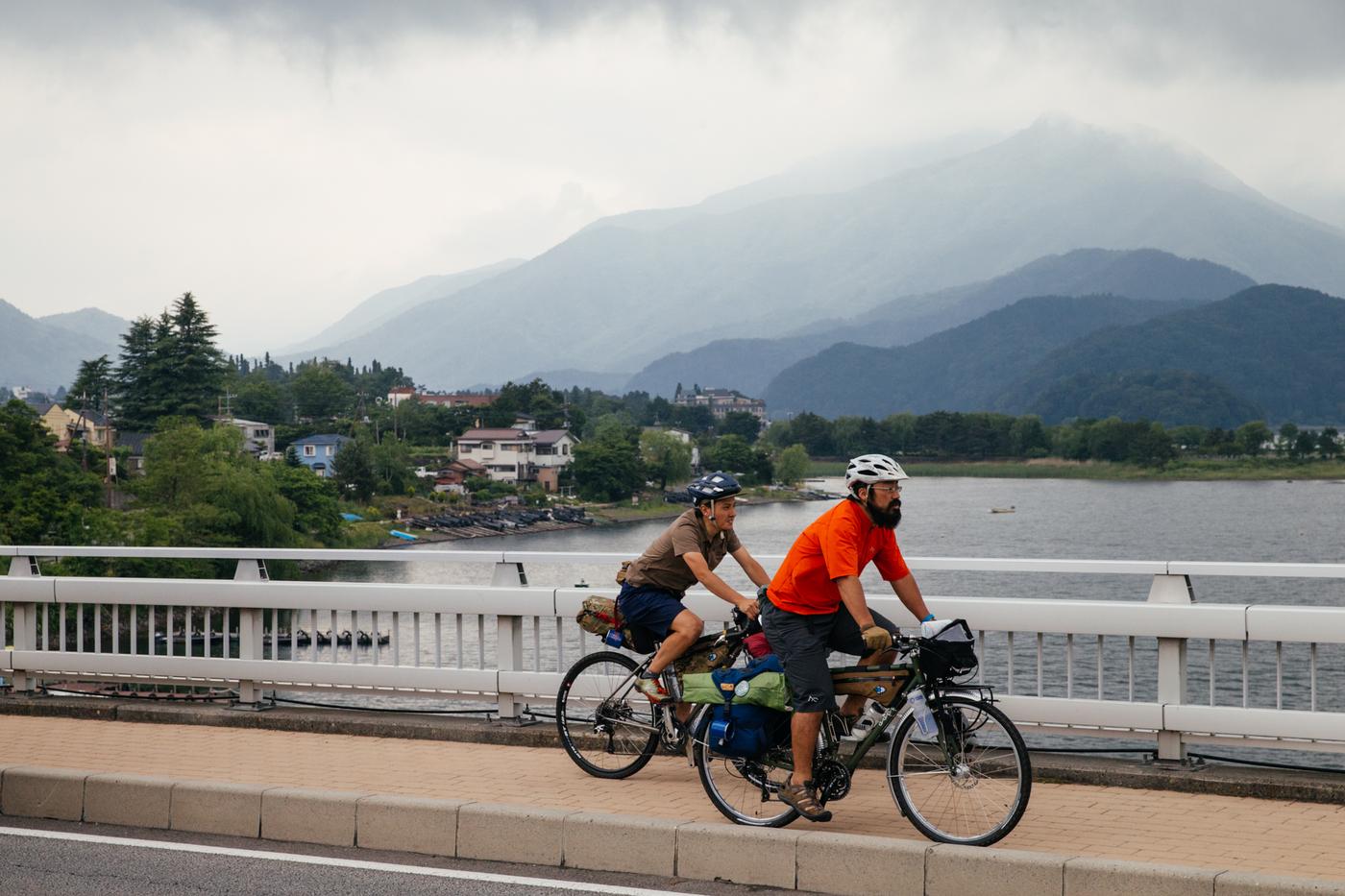 The Circles family is big, with a number of companies under its umbrella. From Sim Works, a company that manufactures components in Japan, to Early Birds, a restaurant attached to the bike shop, to Pine Fields Market, a bakery which shares space with Culture Club, a bike co-op, a few blocks from Circles. Believe it or not, in these companies, plenty of employees begged to come on the ride! Some did, even for just a day, but our main guides were Shige and Makoto, two rad dudes who had been planning this trip for months.

So as I was saying… our trip began in Fuji…

If you’d like to tackle this three-day trip, here are our routes, with pit-stops included:

Many, many, many thanks to Circles, Sim Works, Retrotec, Sycip, DeSalvo and Chris King for making this trip so memorable.