The GranGuanche Audax is a series of self-supported race events – trail, road, and gravel – across the Canary Islands. Pacing is established by ferry schedules, so it’s more of a race against the clock instead of other riders, as transmarine connections are required to travel from island to island. And, unlike other similar endurance cycling events, pelotons are allowed. This past November, Josh Ibbett and Sofiane Sehili took advantage of the Audax format to ride the trail version together and film their adventure. Ryan Le Garrec connected with Ibbett and Sehili to edit their video, which we’re debuting here today (below), layered with an interview between Ryan and event organizer, Matteo Minelli, and an epic image gallery from Minelli, Sergio Villaba, and Rubén Plasencia. 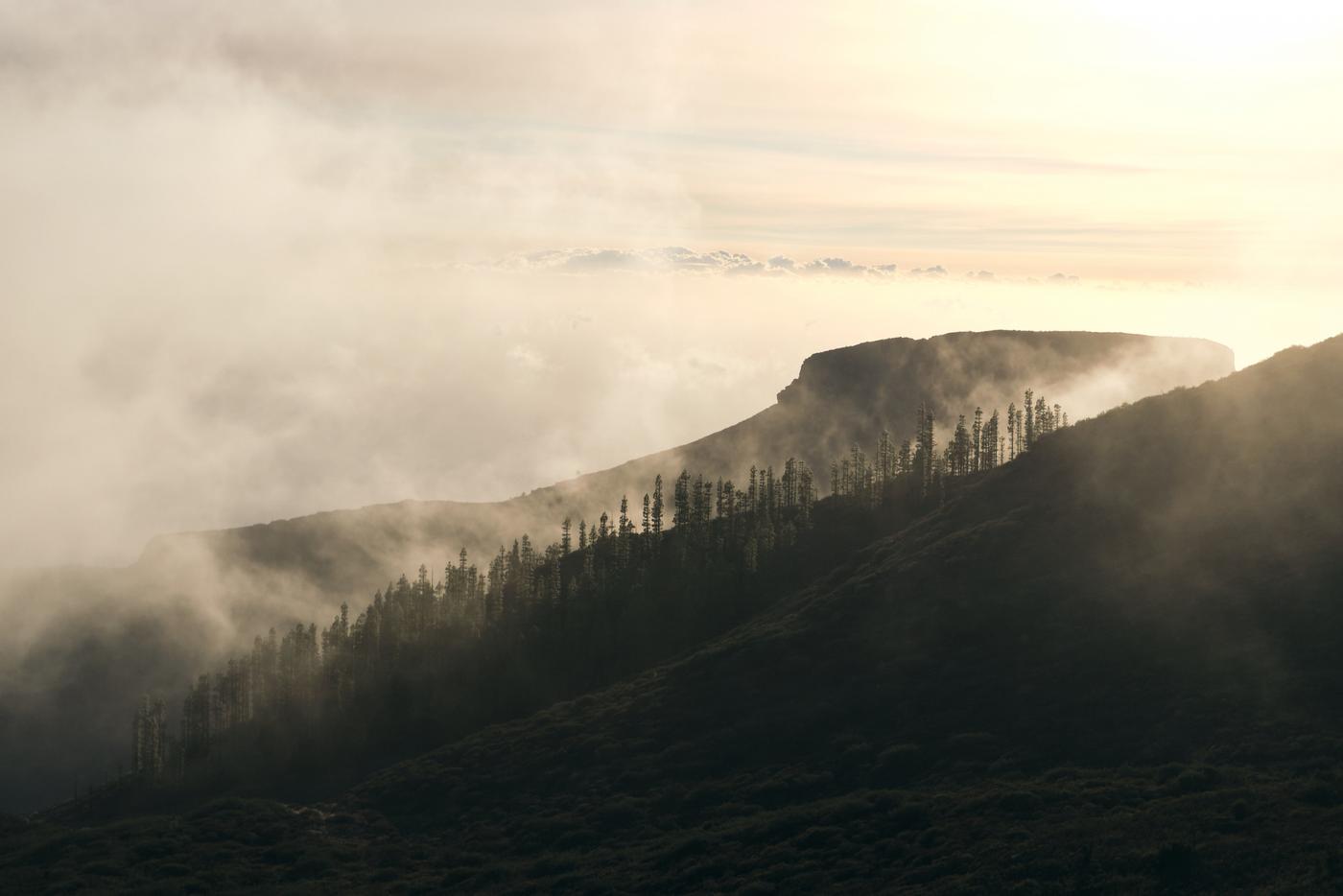 Audax, I hear, is a Latin word that we know in french as “audace”, it’s like bravery but with a pinch of baldness, a generous pinch. In long-distance cycling, that term was adopted for long rides that did not race but had a time limit, which is also known as brevets. Participants are encouraged to help and support each other. It’s not about individuals, it’s about you and the group. It’s a beautiful way to ride long distances, it’s an instant brotherhood feel when the going gets rough. You never fix your own flat on an Audax, someone else from the group does it.

The GranGuanche Audax has a little spice added to the time limit: the ferries timetable. And that’s probably what makes it more stressful or more chilled than any other event. You either race to the ferry or you have already missed it. Then there is no need to rush anymore, you are kinda condemned to enjoy and chill until the next morning. Matteo Minelli, the organizer of GranGuanche Audax, hails from Northern Italy. Fifteen years ago, on his voyage to search for the best possible waves, Minelli hopped in his van and landed in the Canary Islands.

MM: At that time, I didn’t have a job, I was an engineer but the 2008 crisis left me jobless so I started web designing as a freelancer. I could do that from anywhere so I just stayed in Gran Canaria for a while and then as I traveled a lot between islands, I decided to settle in Lanzarote cause the waves were really good! 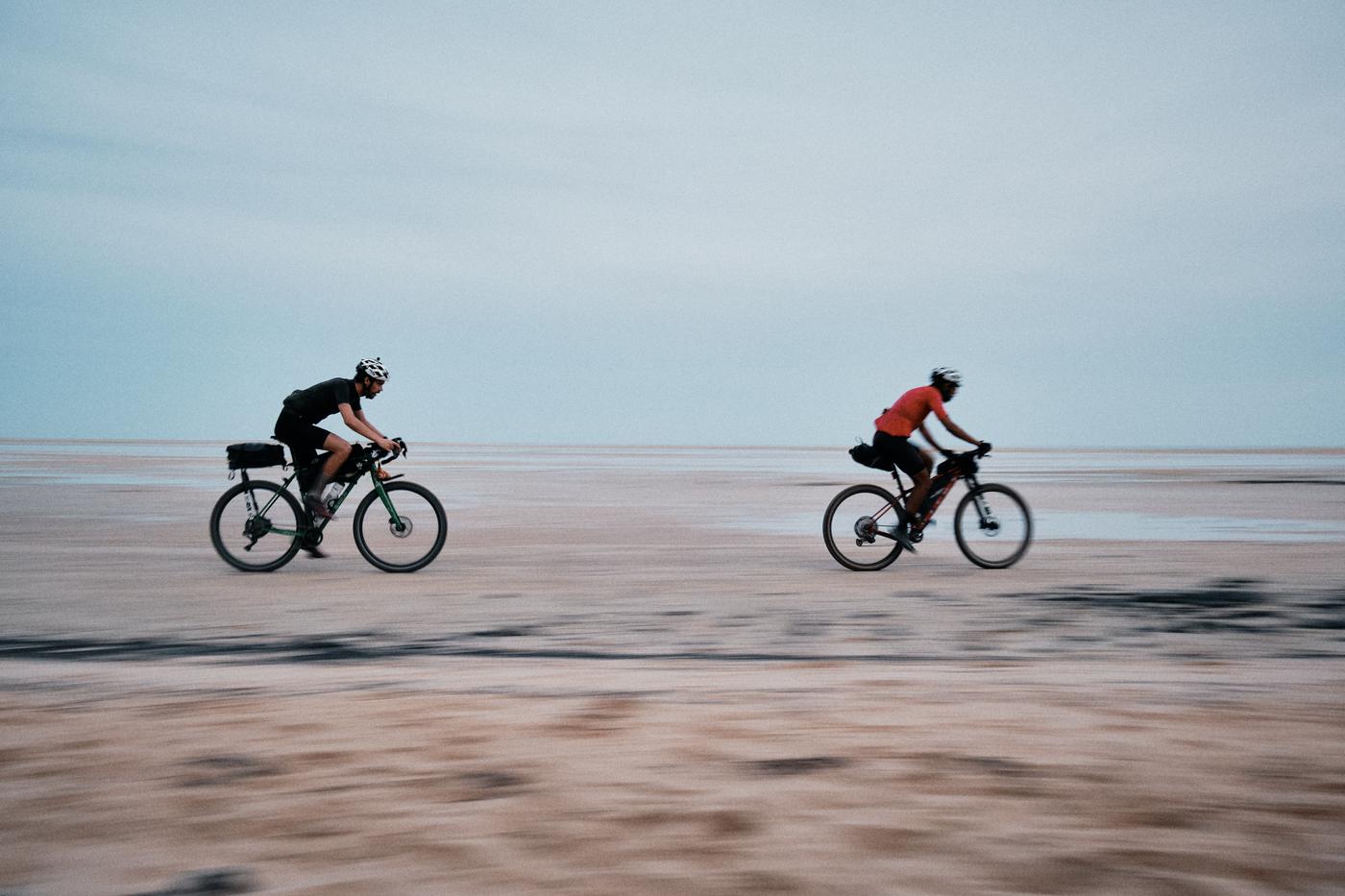 MM: I can’t really say whether I am cycling or just going to take pictures by bike, I always take pictures, and sometimes that’s actually the main thing, I have a hard time making the difference between both, it’s all connected to me.

When the first lockdown hit Lanzarote, life became surreal for Matteo. With hardly any initial cases of Covid-19 on the island (Matteo doesn’t follow much news), he became aware of the strict rules one morning while jogging outside and getting fined by the military.

MM: I wouldn’t say that the lockdown was the reason why I created these routes. I had that project idea in mind for years, it took me about ten years o get these together but if there had been no pause and if work just went as usual (Matteo working in the tourism industry had quite a few empty months at the beginning of 2020) the project might have stayed on a shelf longer. Even if we felt untouched by Covid, the lockdown was a hard thing to go through here too and this project really helped me through. MM: As a cyclist, especially if you like long rides, an island quickly becomes small until it gets tiny and then very tiny and then you feel a bit stuck. It is a very normal thing here to travel between islands, there are flights connecting the islands for very little money and you can sort of just hop on one and get to another island, you don’t even really need to pack your bike, so I quickly started riding every island and the thing about the Canary Islands is that each of them is very different from the others, I guess that’s how the whole idea sparked in my mind, then there was the ferry trick, it was both a nightmare and a blessing, I loved the idea that the race would naturally reset at each connection and the riders would get to hang and chill and socialize. MM: I think this ferry thing, you know, it’s something new, something different, I was afraid that most people would not like it, the social aspect is bigger than what you get on other ultra-cycling events because of these ferries, I think most people enjoyed it.

If you followed the event online, you probably were waiting for the moment where the first rider would open a beer on a ferry and make it all go south, but it never happened. A massive deception! The event might be officially an “audax,” but racers are still going to race. Anyone who made it to the last ferry is bound to finish with a sprint fight – a long sprint crossing the length island or lasting an entire day.

MM: Well, it’s a single-stage race but we are thinking of releasing each island timings (…) we don’t call it a race but someone arrives first!

Oscar Pujol was the fastest rider yet he didn’t make the time limit. MM: Sofiane told me the time limit was impossible, so maybe it is indeed! But well, I reimburse anyone who makes the time limit so maybe it’s best like that! We’ll see, maybe someone will make it and that will be quite something!

The first two riders, Oscar Pujol and Nils Correvon were so happy when they made it to the ferry! There was massive suspense, they were 40 km away with only two hours to go and it felt really tight at that late point in the race and with all the climbing involved. They had that small party when they realized that they had made it.

It was a show for me, I was alone there, Oscar and Nils had been riding a way I couldn’t believe to be real, so fast, so hard and now they were facing the last island with a climb from the ocean to the top, 10.000 feet up, I’ll remember this forever, how they pushed so deep and yet always had a smile and a joke for anyone on their way. They hugged before the last push, they got off that ferry, wished each other good luck, hugged, and then raced each other like madmen! MM: It’s five totally different landscapes and microclimates, things can not change that fast on the continent, while around here you’re on a different continent every day in a way so I hope a lot of riders miss ferries or sleep at night so they get to see a lot of the route! The road and gravel events are still to come in late January (road) and mid-March (gravel). Check-in with the GrandGuanche website and Instagram for event updates and more info about how to hop on over to the islands and join the fun.