“Legend has it that beyond the 500 metre high city wall, there is a green paradise. Living in the perpetual darkness and fighting for a living on the street, The Underworld Champions fight to escape a dystopian future plagued by the Hydroformers; an elite group hell-bent on industrialisation and containing the last inhabitants of Earth. Armed with whatever they can find, the race is on to find a way out of the urban maze and into the myth. Do you dare join them?”

Death Spray Custom and Morvelo have teamed up again for another classic collection… See it at Morvelo.

If you’re in London for the Red Hook Crit, I’m sure you’ll be at this event. I can’t wait to see what these two have cooked up for this year’s race. 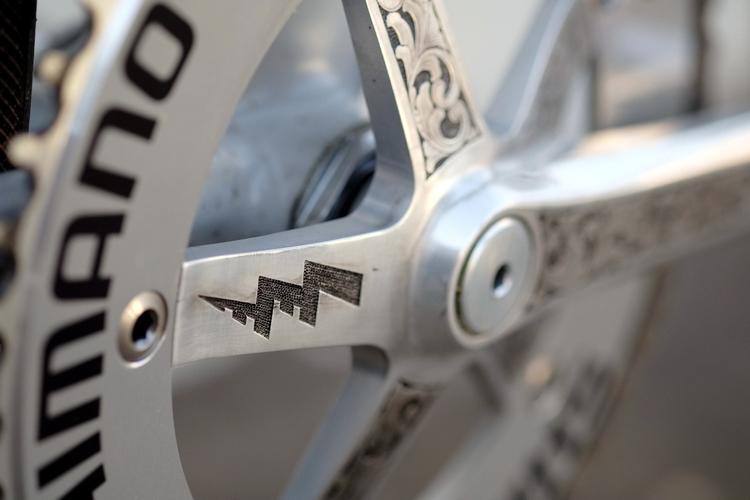 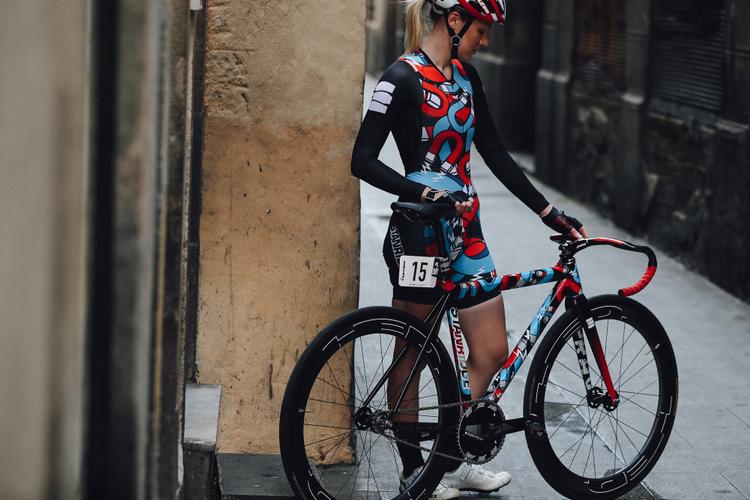 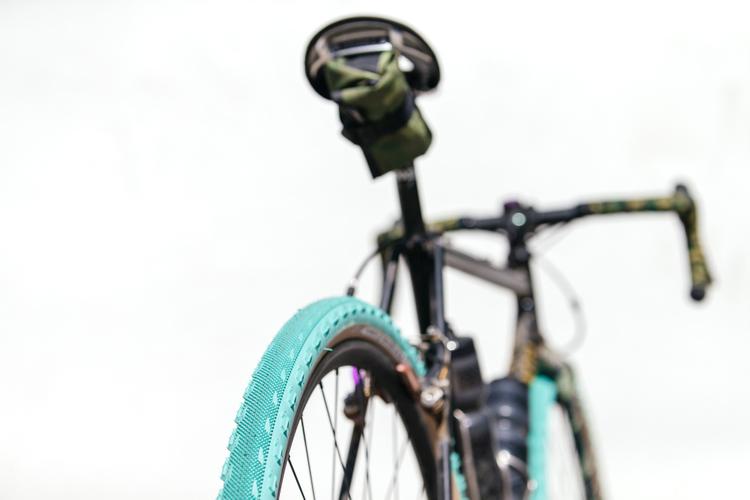 Jordan Hufnagel is one of my favorite framebuilders. Or I should say, was one my favorites. After he decided to lay down the torch, he and close friend James Crowe began West America. Together they rode motorcycles to Patagonia and documented the whole journey with 35mm film. Upon returning after a year on the road, the two began fabricating everything from more motos to furniture and eventually, Jordan began his own metal working business. Sometime prior to taking off for Patagonia, Jordan made this frame for Kyle of Golden Saddle Cyclery. Now, I don’t know if the frame was made to specifically pair with this Death Spray Custom fork that Kyle has had hanging on the shop wall, or if it was the plan all along, but soon enough, the two were mated and awaited parts.

Fast forward for literally two years and Kyle was ready to build the bike up, as a result of his Mudfoot Stinner getting side-swiped by a car. Kyle poached some parts and built it up, ready to rip the trails in Los Angeles and up until his Red, White and Blue Stinner 27.5 ‘cross bike, it’d been his go to bike for dirt riding. With a prototype 44RN ‘cross ring, SRAM Force 1x, Paul Minimotos, Chris King and ENVE bits, it’s a pretty tricked out build, but the last piece of the puzzle just landed from Japan.

Sim Works‘ Pop Up at Golden Saddle Cyclery this weekend will have literally everything from the brand’s catalog in stock and in person, including these Homage tires in Michelin green. Made by Panaracer, these tires measure 43mm on a rim like the H+Son Archtypes and even wider on a more modern carbon disc rim. They set up easily tubeless, on a tubeless rim and with the center file tread pattern, roll fast on pavement with the side knobs adding extra traction on loose corners. They are available in 650b or 700 diameters.

This bike has had a long life in the build racks at Golden Saddle Cyclery but in its short time being built up, has lived a pretty exciting life, as evident by the dirty fork crown.

When Morvelo teams up with Death Spray Custom, you know it’s gonna be good. Here’s the latest from the two UK-based brands, a cycling kit inspired from a recent motorcycle suit David designed for Blood Brothers last year…

If you’re into this design (I sure am) head over to Morvelo to swoop because it’s not going to stick around for long!

David from Death Spray Custom is an auteur in the painter’s world. Check out this short video showcasing his talents and particularities when it comes to his motivators. 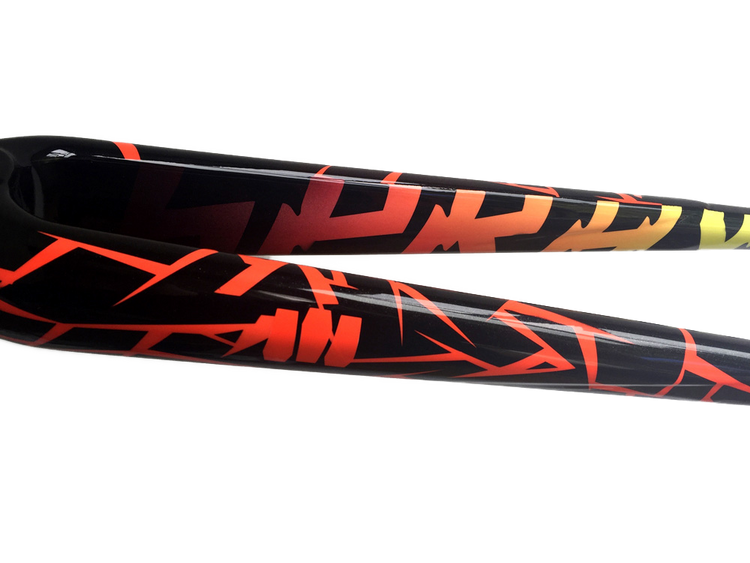 Sloth is simple and it can’t be bothered. Death Spray’s latest Deadly Sin Collection fork is now in stock… 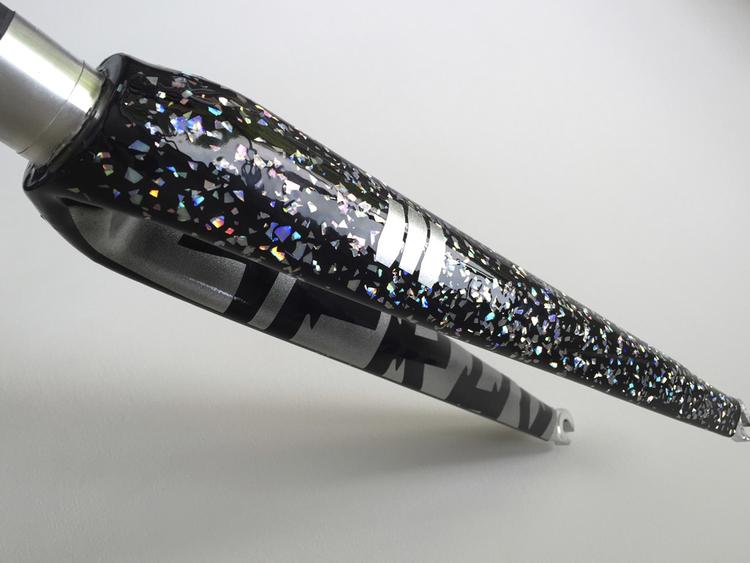 For Death Spray Custom’s latest Deadly Sin Collection fork, Pride was the inspiration and the symbolism of vanity takes form in a large flake paint. Or as DSC puts it :shattered mirrors of a thousand narcissists on black with hater silver.”

One of one. Available now at Death Spray Custom. 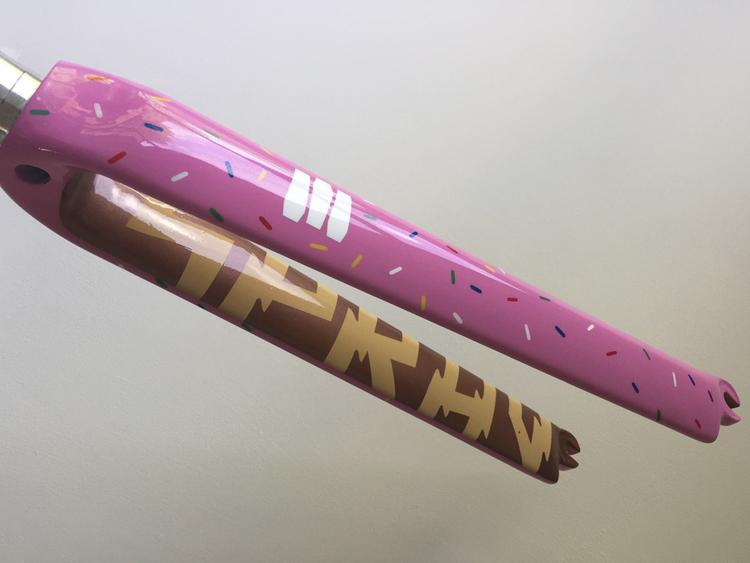 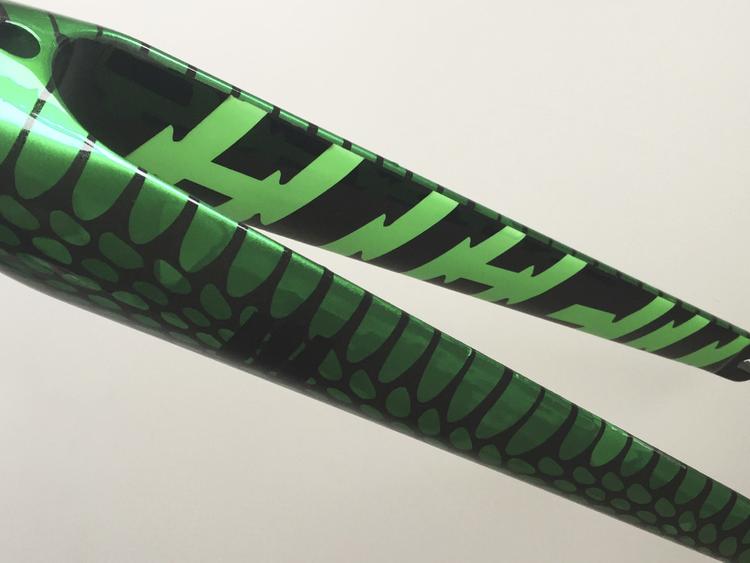 Death Spray Custom’s “Deadly Sin” fork collection continues with envy, a snakeskin pattern rendered in neon hulk, poisonous metallic snake green and glock metal black. If you’ve ever wanted one of these pieces of art, now’s your chance. Head over to Death Spray Custom for ordering. 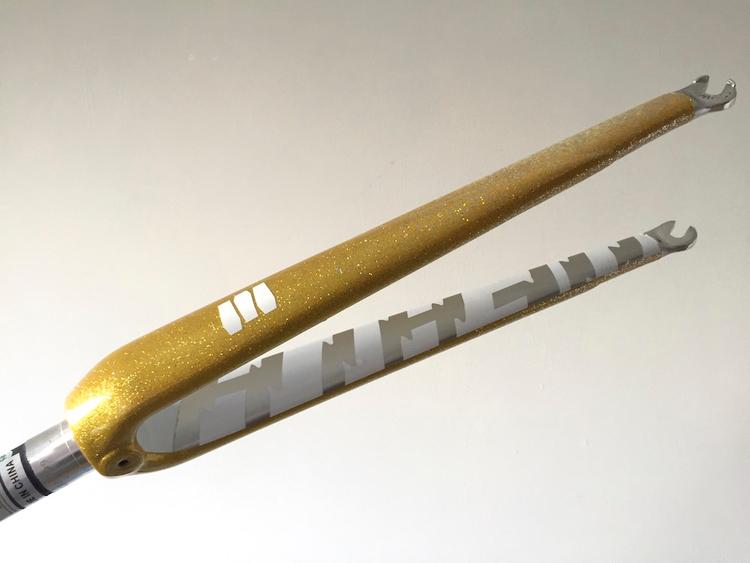 David at Death Spray Custom is releasing seven forks in the Deadly Sin Collection. Each fork is custom painted by hand and is inspired from one of the seven sins, beginning with green. This Columbus fork is painted with gold Hatton Wall diamond metal flake with platinum and features “coke white” detailing. Order now at DSC’s Web Shop.

Morgan Bateman got in touch with Stinner Frameworks last year wanting to build one of those “lifetime bikes.” Stainless steel was a must and Columbus XCR as the tubeset of choice. Easy right? Wrong. Getting an XCR tubeset is quite difficult, so they knew there would be a wait. In that time however, it opened up options to do something a little more creative. Man oh man, David at Death Spray Custom just posted his latest Fork You at the DSC Tumblr and I couldn’t help myself… Whose fork is this?!

David at Death Spray Custom is my favorite painter in the industry and his recent work with GoPro gives an insight into why. Great job David!

I like the sound of that and I love the well-documented work of an artist like Death Spray Custom.