Curating custom bikes for people is something I’ve done, dare I say, “since forever.” For nearly 20 years the most common way a custom project lands on my plate is someone desiring a build akin to my current ride. In the early years, it was track bikes, singespeeds, and classic road bikes. More recently, popular interest seems to have shifted to e-bike conversions capable of carrying small humans, bulky gear, or a combination of both. 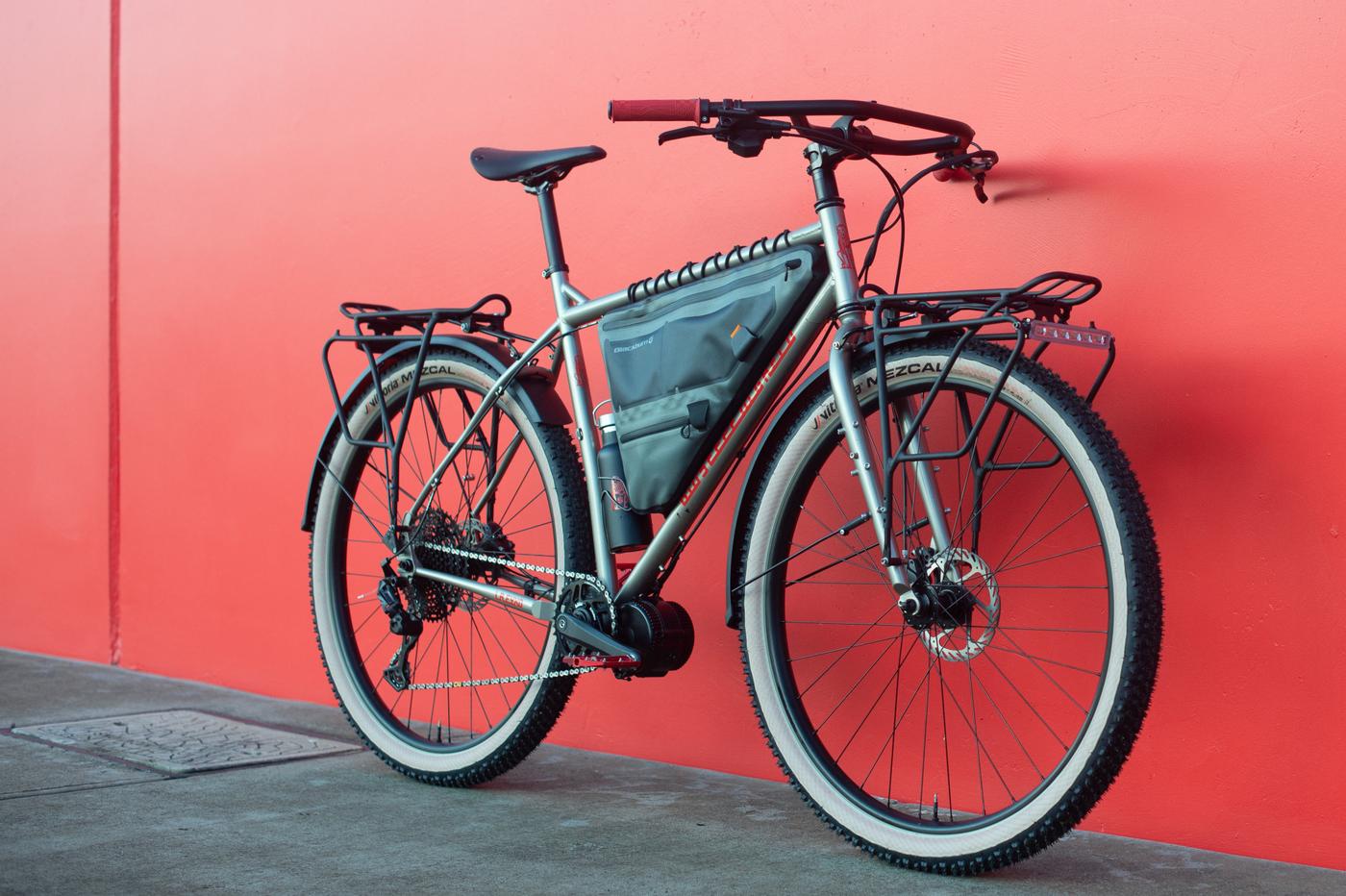 I’ve had an e-bike for yonks and love  how versitile they are as a mobility tool. “Guiseppe di Greco,” an International Man of Mystery, came a-knockin’ wanting something similar to my last Tonka build. There were a few candidates tossed around for the chassis and we eventually locked in the latest Surly Ogre in ‘Champagne Supernova.’ I managed to snag the very last one from Commuter Cycles. The scene was set. La Marzocco was the theme for graphic design as Giuseppe has deep roots in dealing caffeine, and also in the ol’ buy and sell game across fashion, furniture, bikes and art. The brief was a bike for all-seasons commuting, towing his nephew around on weekends with a tag-along, and potential bikepacking weekenders. The latter of which was the inspiration for throwing on a pair of Mezcals (tubeless, of course). 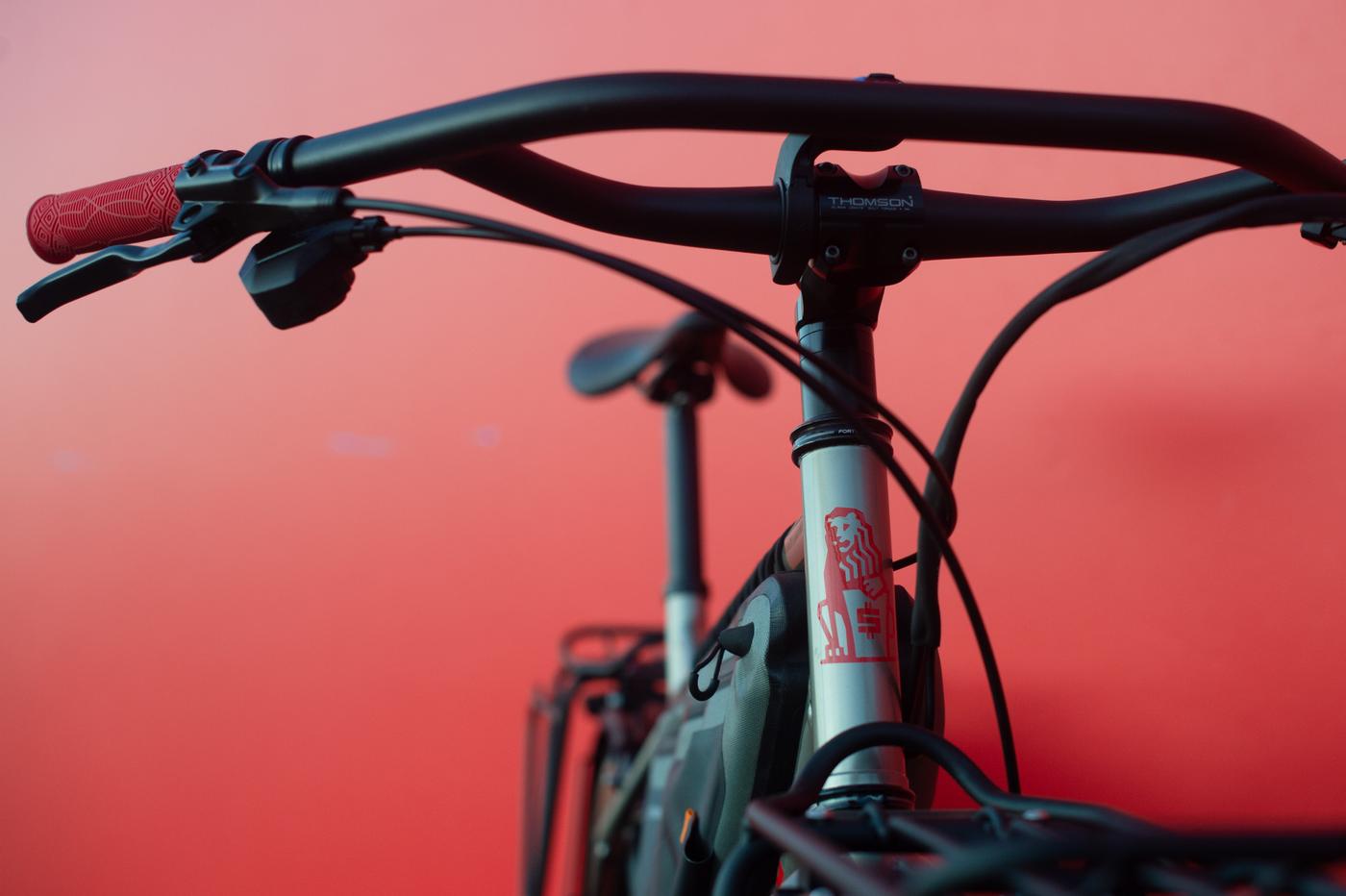 Deviations from the stock Surly offering start from the cockpit and include: Thomson stem, Loop bars, and ODI grips. If you haven’t enjoyed the relaxed vibe of this bar position, do yourself a favor. The Avid cable brakes were subsituted with Shimano hydraulics for increased power and modulation. The Bafang motor display is the SW102 and, at the time, it was the most minimalist available. It does everything you need, and with the battery concealed in the frame bag this doesn’t immediately scream ‘e-bike’! 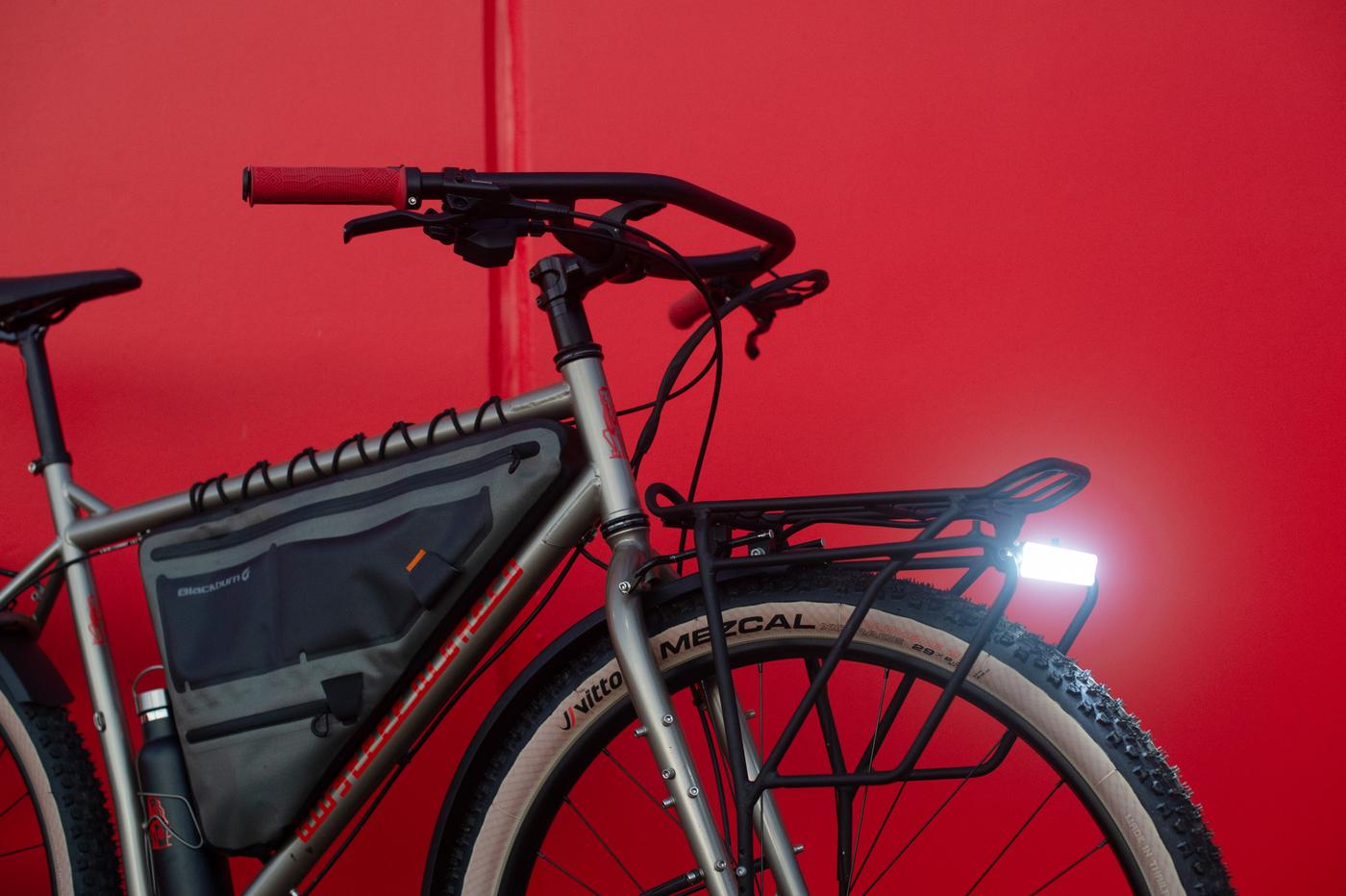 Not all frames will have three bidon bosses to mount the battery, or they’ll be in the wrong spot for ideal mounting so an extra rivnut was added. The battery sled then mounts directly to the frame through the bag, which hides the battery and cabling but leaves room for snacks, spares, gloves and tools. 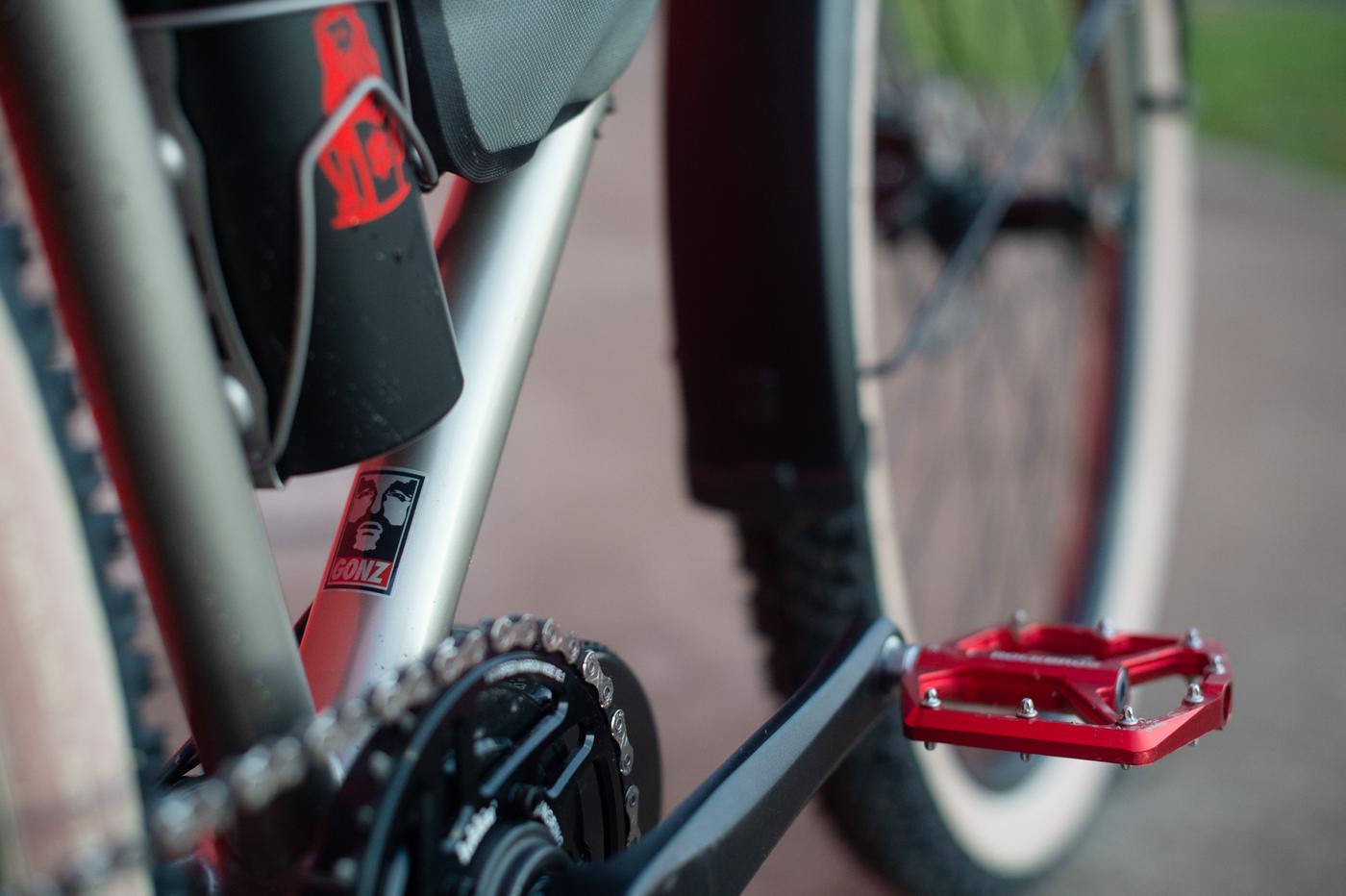 The chainline with the 36t chainring was great, unlike the fat bike builds where an aftermarket Lekkie Bling-Ring is a must, but yet adds a significant chunk to the build budget. These motors like to spin rather than grind so the smaller chainring has many benefits—easier pedalling in the event of the battery hitting the dreaded 5%, less strain on the drivetrain (chain, cassette, pawls), and a lower top speed. 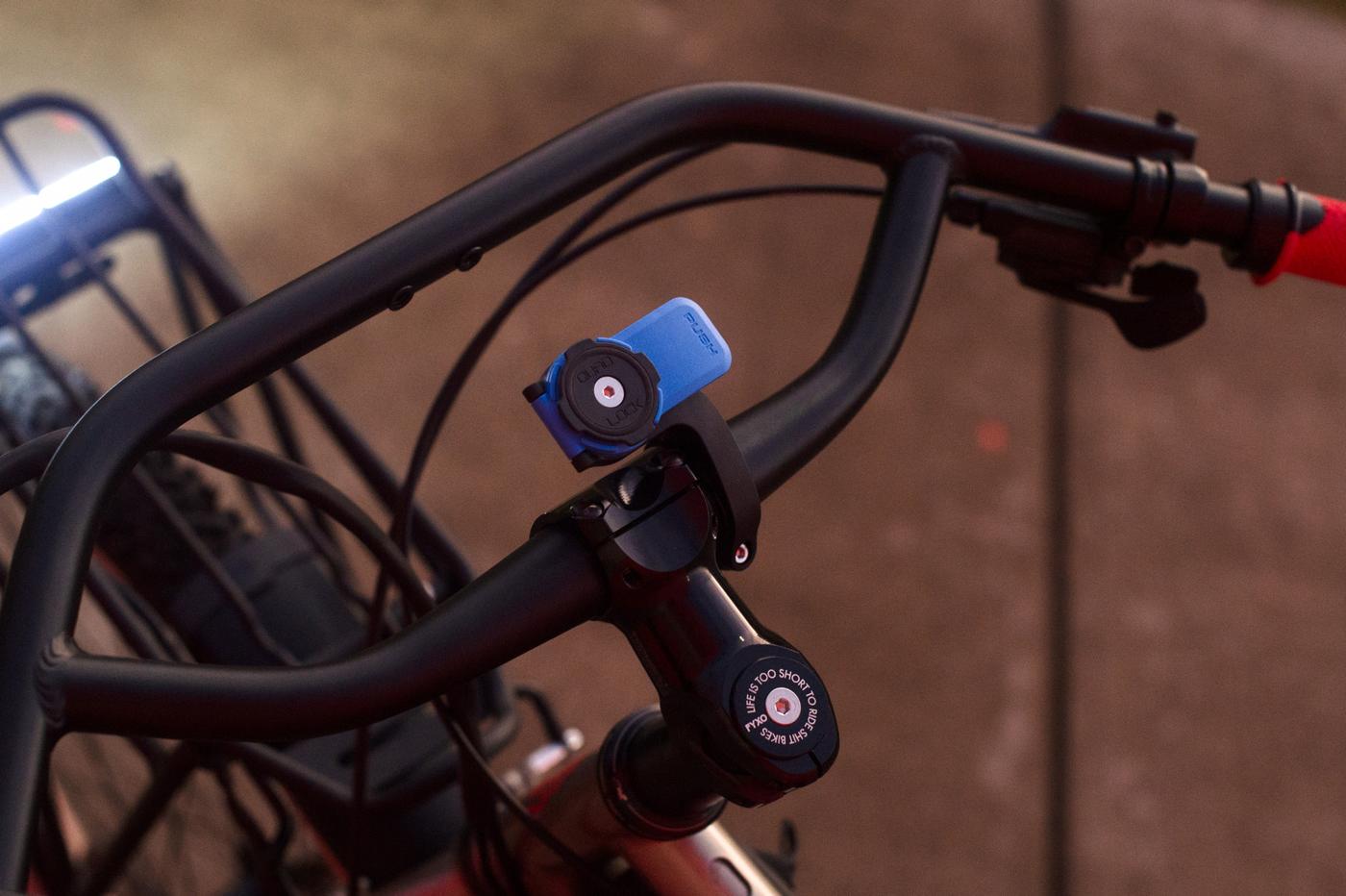 As easy as the Bafang Mid-Drive kits are to install, the trick (if there is one) is getting a result that doesn’t look like a three year old threw their spaghetti bolognese at a wall. A Google image search of “DIY Bafang e-bike” will color that mental picture for you. Inside the bag is the switch to turn on the front / rear lights, the main cabling is also concealed, and the enemy of electrical components (water) will have a much harder time interfering. 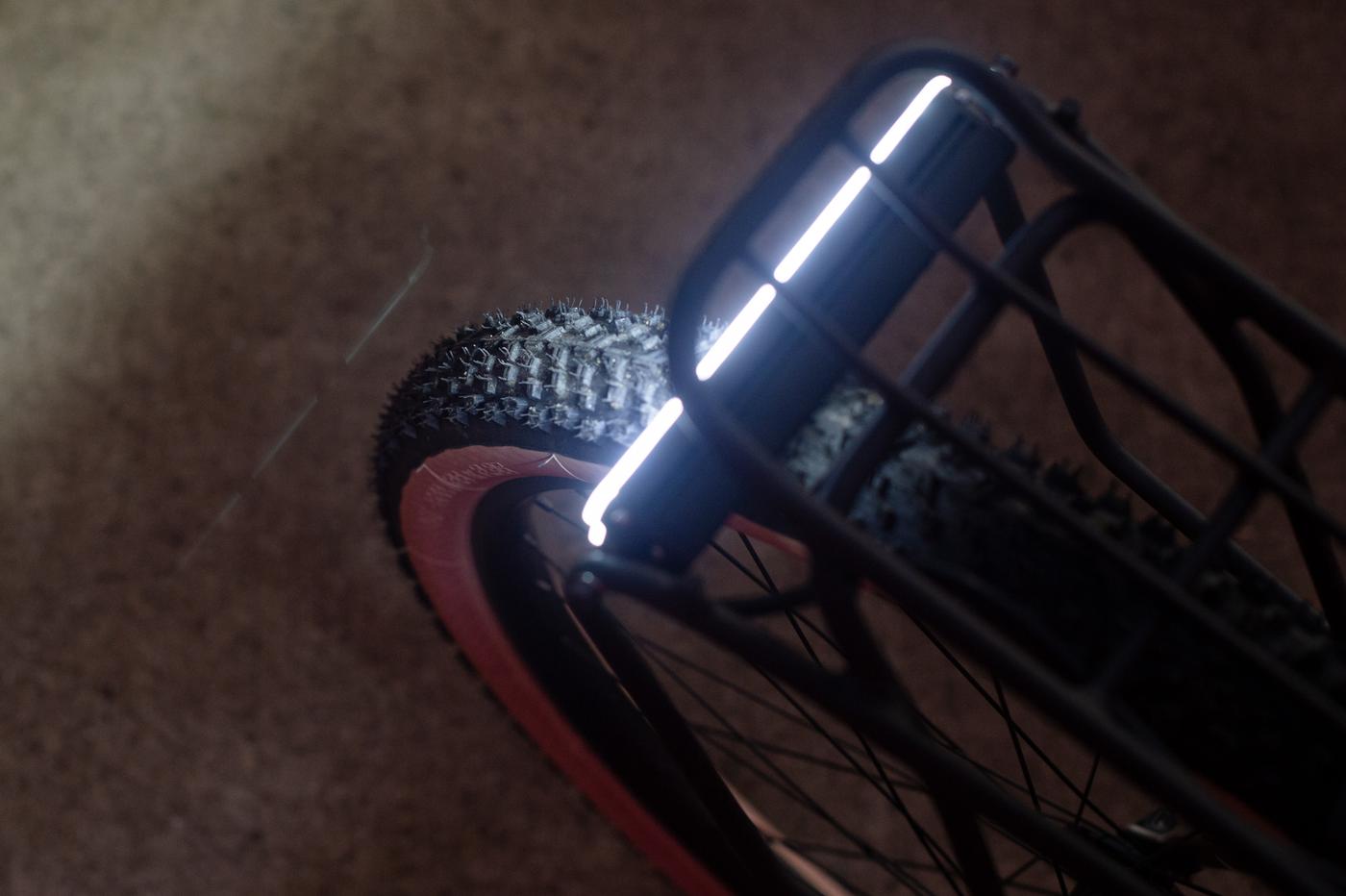 The only downside to the Bafang mid-drives is the lack of a torque sensor. While they allow for easy transformation of almost any bike, the power assist levels on Bafang mid-drives are effectively cadence levels. Integrated systems like Bosch, Shimano, et al, offer a more intuitive riding experience.

A few hours after I’d delivered the bike, Giuseppe was miles away, exploring the bayside suburbs, cruising into the city and testing the ‘range’ of his new rig. After spending all day on your feet at work, cruising home by bike with as much assistance as you want is a real treat. Say g’day if you see him on the street! 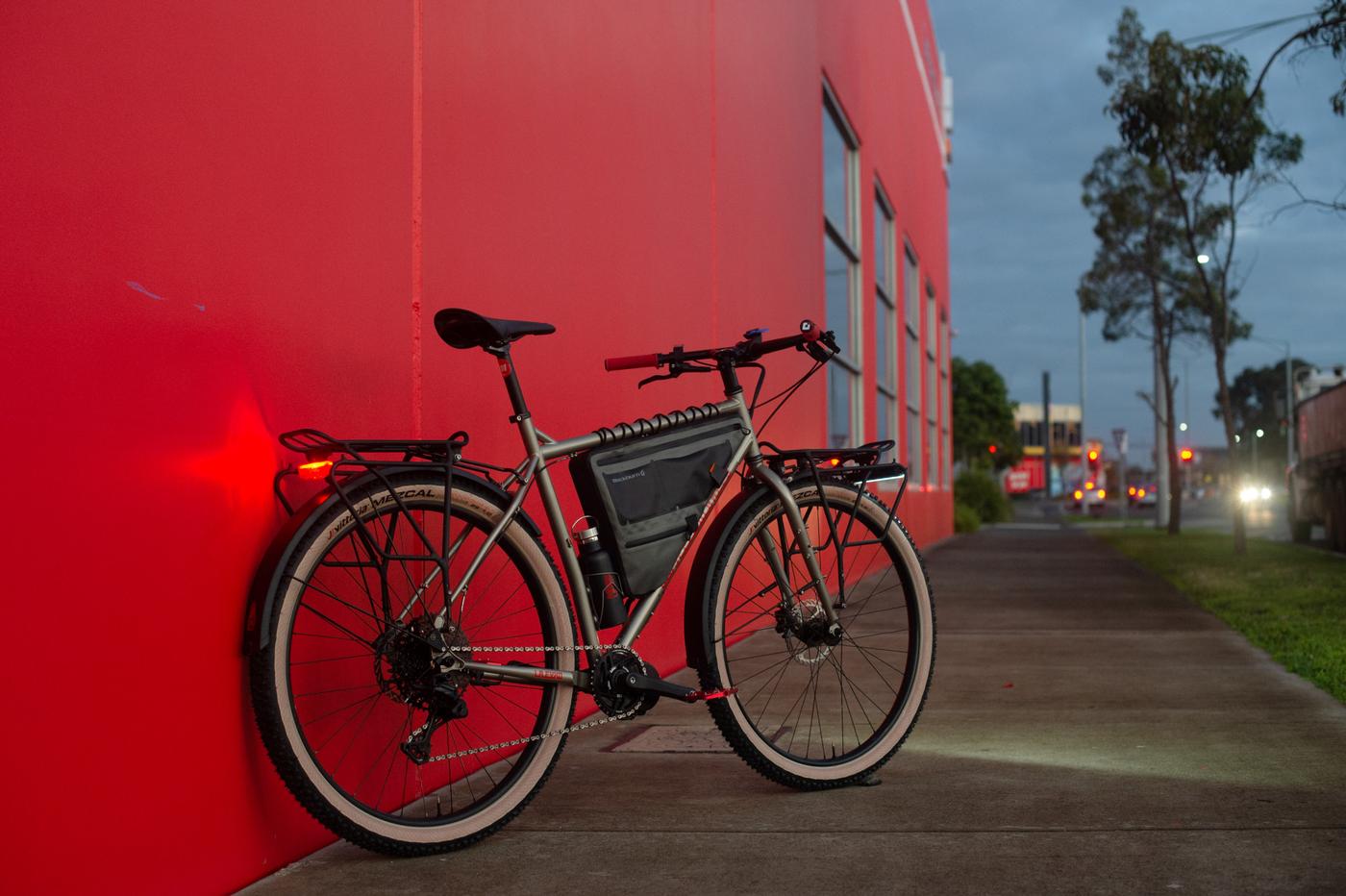 If you’ve got any e-bike conversion-related questions, I’ll do my best to answer them to the level of my current expertise in the comments below.