With the days getting shorter, chances are your commutes are going to have less daylight. We’ve seen similar pedal designs before, but the newest product from RedShift Sports takes commuting safety lights to the next level. The Arclight Bike Pedals light up when you start pedaling and turn off when you stop. These lights also change color from white to red depending on their orientation – i.e. red always face the rear of the bike and white, the front. The details don’t stop there, so head to Kickstarter to see more!

These Little Planet videos can sometimes be interesting, like when they’re used to take you on a virtual tour of Paris, by bicycle…

Yamaguchi’s framebuilding school has turned out some incredible talent over the years. While many enroll with hopes of becoming the next hot thing, some go to just learn the art. Chris Chou, a guy who probably has the most bikes featured on the Radavist, ever, went to Yamaguchi a few years ago to build a light tourer.

Like all Yamaguchi school frames, this bike was made from True Temper tubing and brazed by Chris over the course of a few weeks. When he was finished, he sent it off to Fresh Frame for paint.

Because Chris had never built a bicycle before, the original stem developed a stress riser, so Chris had his then housemate Ian at Icarus make him a stem. From there, the Nitto bars and Campagnolo 10 speed group add a considerable amount of class to what many would consider a utilitarian bicycle. PAUL e’rything, a Crane Bell, Mellow Johnny’s stem cap, my old Pentabike bar end and there’s a lil #JahBlessed going on with the Salsa Rasta Skewers and Ride Jah Bike button.

SON’s Edelux system and a Supernova E3 rear, lights the way and an Ostrich saddle bag holds the daily commuting needs. Cole rode this bike during the Yonder Journal (dis)Enchanted Rock Brovet and slashed a tire pretty badly on a river crossing, so Chris threw a Conti on, leaving the tires mis-matched, which I would add to the character of this bike. 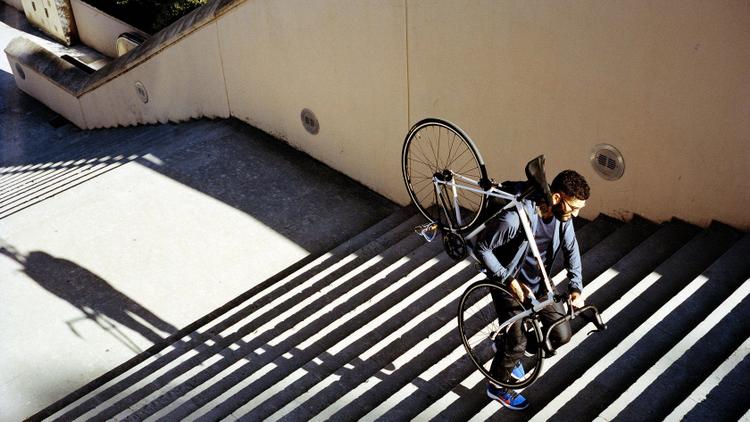 Rapha’s line of City clothing expands each year, and this season’s offering includes some very sharp pieces, including a wide selection of women’s apparel. Head over to the Rapha Spring Summer City 2014 Lookbook to see more and head to Rapha for availability.

Year after year, the Rapha City Riding line expands and evolves into a full range of practical garments. My favorite this year is the Merino Gilet and of course, the Town Gloves. See the full lookbook at Rapha. You can also purchase the new City Riding line at Rapha.cc. 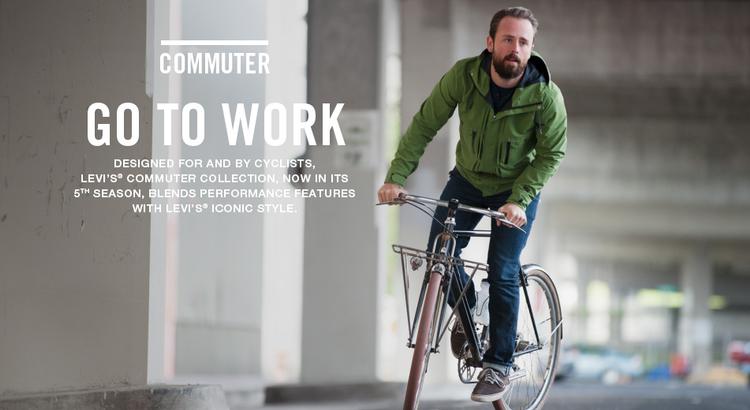 Anytime this dude graces my inbox, I have to give it some love. Jordan Hufnagel continues his modeling career with the new Levi’s® Commuter Collection. Check out the lookbook here!

Levi’s continues to promote their Commuter series well into the summer. I love the anti-dooring clip.

“Honestly I get to work in like 10 minutes” “It’s a lot faster than fuckin’ takin’ a bus”. Well said. Let’s all celebrate the ride to work. It is a lot better than anything else. But can we please bury that song? It’s been used in every video like this!

Speaking of Mash, this new ad for Specialized‘s e-bike came out great. Check out Daniel ripping around town on the Turbo:

“In designing the Turbo we created an entirely new category of eBike: a speed-focused, high-tech urban bike that looks and performs like a fast bike should… and it just happens to have a motor!

With a top speed of 45kph, the Turbo is unquestionably fast. It’s even fast standing still: the battery recharges in just 2 hours. Every aspect of the design exudes speed, efficiency and style: clean, sweeping frame lines, a hidden battery, internal cable routing and fast, grippy tires.

On the road, or standing still, it’s all about speed. It’s you, only faster.”

Funny, he’s the last person that would need electric-assist. 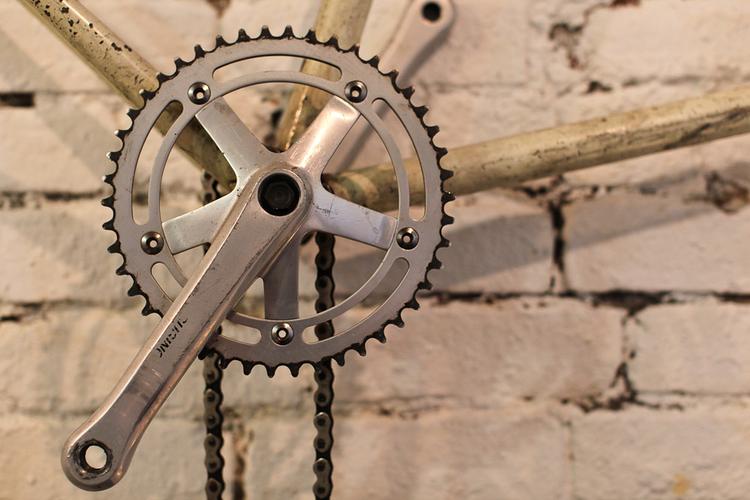 The guys at Outlier have come a long way from their original workwear pants. Growth, both in a product line and prowess is a sign of a successful business and each time I return to NYC, I’m amazed at how much they’re expanding. They now have an in-house prototyping studio, as well as numerous  new employees, all aiding in their slow and steady conquest of cycling-friendly dresswear. I spent the afternoon with Tyler and Abe last week and shot some simple photos of their well-lit studio in Brooklyn.

The guys at Bike Minimalism sent this over yesterday:

“Even though the town is snow covered, and the days up in the armpit of the Polar Circle are still lived in below freezing temperatures, the appearance of tarmac from underneath the cold, soft white matter presents a faint promise of something nice to come…

While we all live our lives, eagerly awaiting for the warm summer breeze whistling through the spokes, the caress of the sun on bare skin, the freedom of movement – oblivious of the world around us, we can only remember the past.”

We’ve all been commuters on bikes through shit weather and this video reflects on that. Personally, I always preferred the fixed freestyle bike for the slush and snow of NYC. It was my commuter for all the years I lived there and there’s no better control than a fixed gear with a big, fat tire.

I’ve been a bit thin-blooded these past few months, I almost miss cold weather….

With the success of their Commuter line last year, Levi’s® brought it back, just in time for spring. New to the line for 2012 is the Mobility Fleece, the Commuter Workshirt, the Commuter Hooded Trucker and various colors in the Commuter Trousers.

Check the entire line out here!

The second round of the successful Levi’s® Commuter Series is kicking off soon and to ramp up their promotional material, the team commissioned Cherubim Cycles to build a commuter bike. Pretty rad.