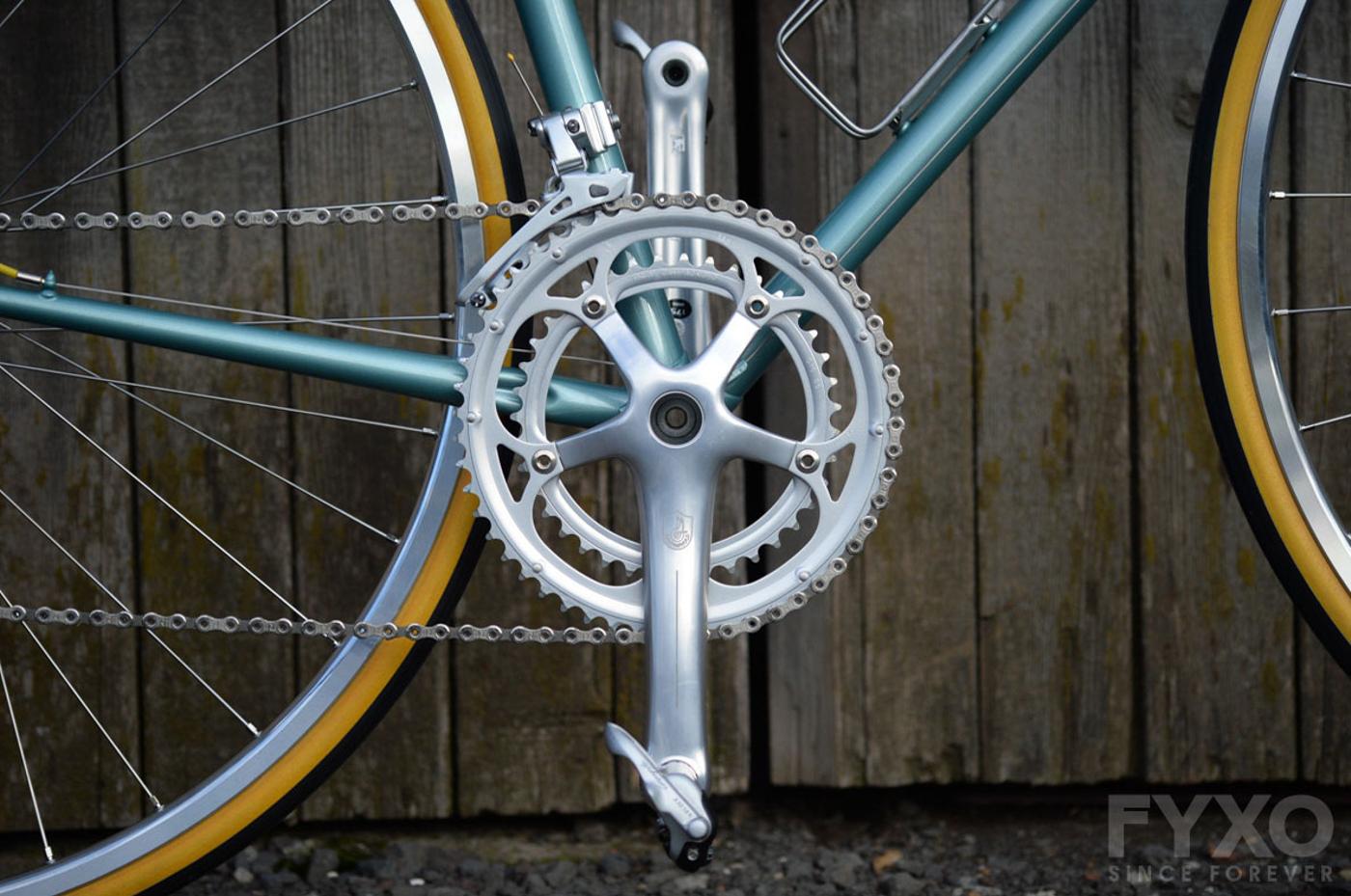 Andy over at FYXO has been altering modern Campagnolo components for some time now. First stripping the clear anodizing, then sending them off to an engraver, before polishing them up. FYXO’s handywork has been featured here on the site so much that even Campagnolo took note and contacted Andy to see if he’d feature Athena 11 in a similar manner.

All he needed was a frame and a client… and boy did he ever. Head to FYXO for the full scoop!