When I was a kid, there was a poster of a white Lamborghini Countach SL5000 on my bedroom wall. An object of unobtainable desire. Thirty laps of the sun later, the poster now hangs in my Dad’s garage, and I’m no closer to owning one. 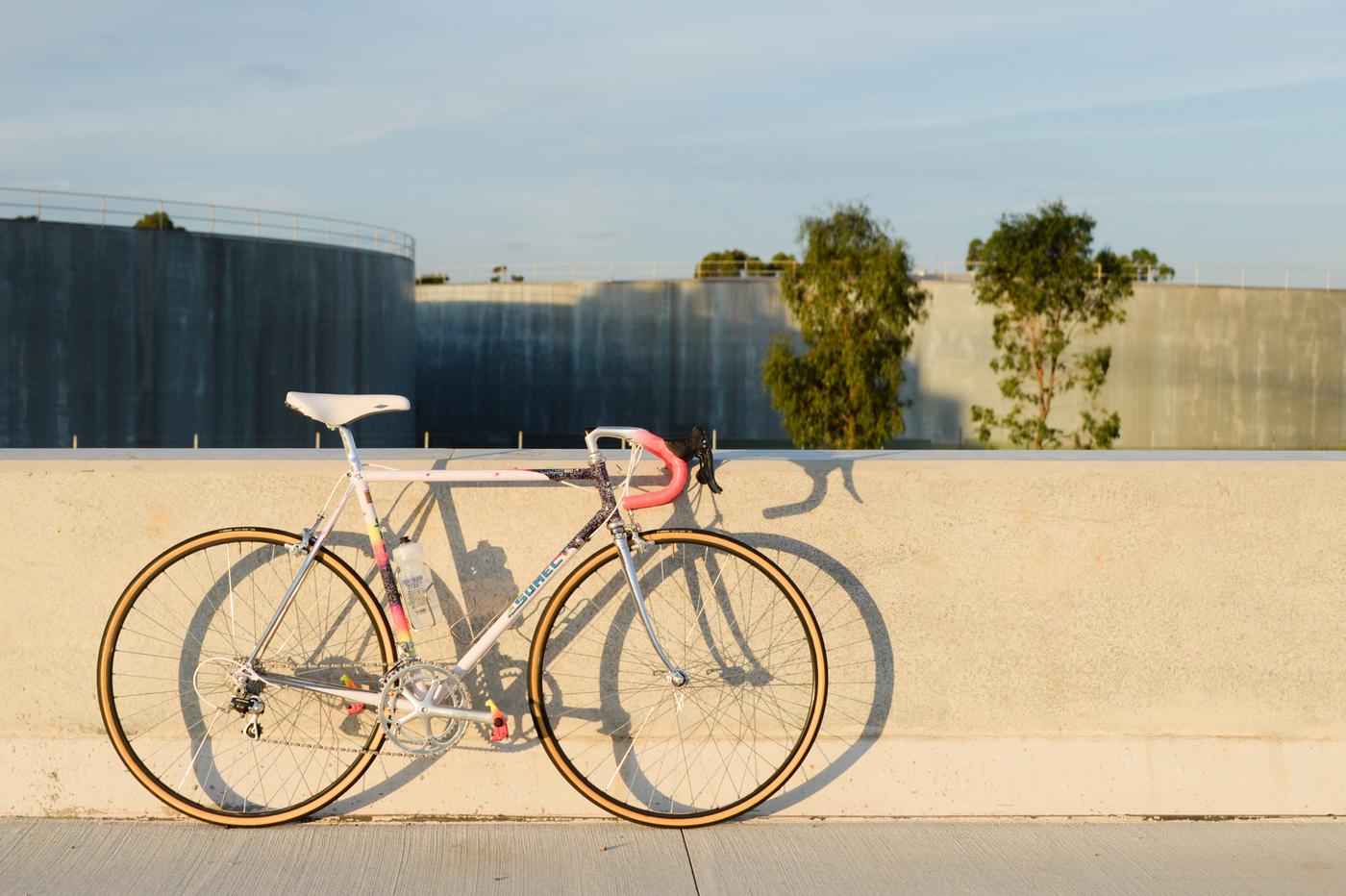 A while back, a message came across my desk and I had a double-take. My old Somec splatter road bike! I zoomed in and something didn’t look right, and it wasn’t the 9 speed Campagnolo Record. I could have sworn the fork on mine was painted – not chrome. The proud owner, Ash, sent through the details of his build which he’d drooled over when it was available for sale on my site – so much so that it was his phone background. This is the same Somec that John took photos of in the backyard last time he came down under for Melburn Roobaix – in 2014! For nearly a decade, Ash had stewed over the bike and searched high, low, far, and wide to find a frame his size, and in suitably superb condition. For both of us, the appeal of the Somec marque was the paint! The logo, a tulip surrounded by a game of Tetris equally pulls at the objects of my teenage years, and the prancing stallion is a mirror image of another desirable Italian manufacturer. Legend has it that it was with Enzo’s blessing, notably one horse’s tail is up, with the other down. 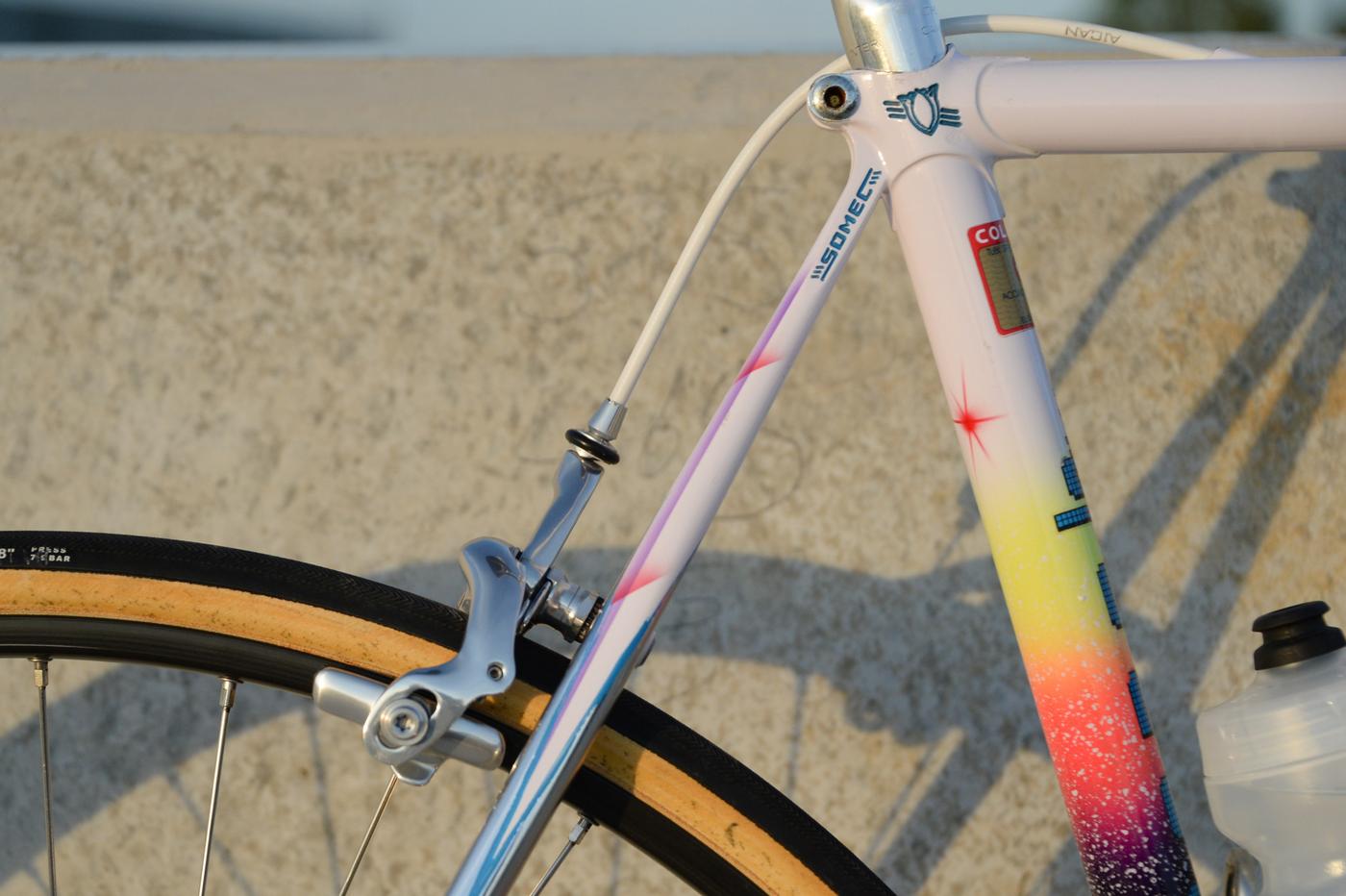 Look closer at the frame and you’ll find svelte seat stay details, pantographed fittings and Columbus embossed lugs, masked chrome that pinstriped to a point – when it comes to desire, the Italians wrote the book. It’s fitting that the maker, Oliviero Gallegati, who started a (So)cieta (Mec)hanica for a standard of industry practice would have this level of flair and attention to detail in manufacture. 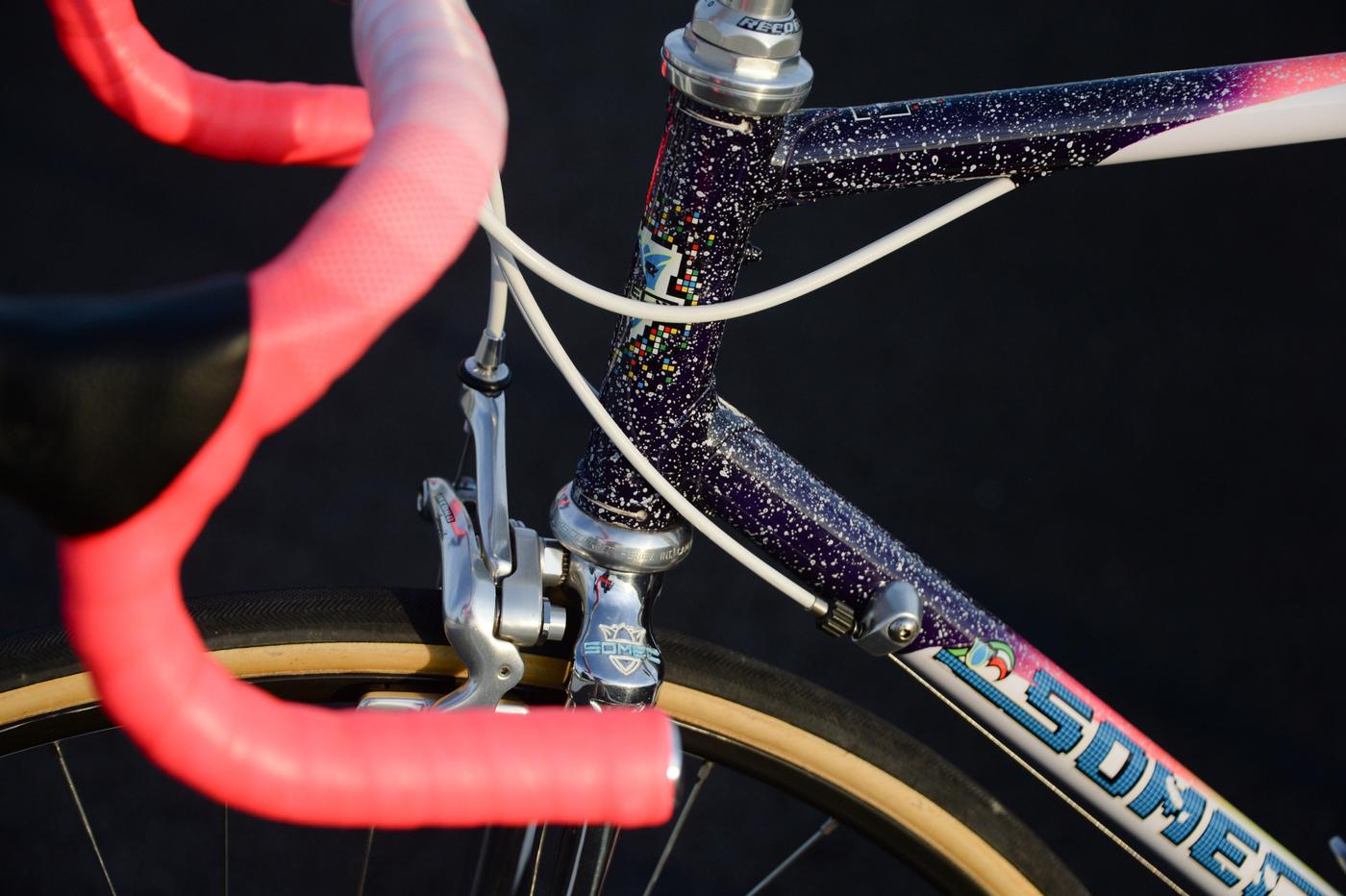 This Somec AIR TS has the same paint scheme as the frame I owned, but constructed with Columbus TSX, which was the best tubeset available at the time – a whisker lighter than SLX and featured helicoidal internal reinforcements for increased rigidity. Upon comparing photos of frames I noticed this one has a lovely detail in the top and bottom headtube lugs, a recessed line ending in a circle, inlaid with white paint. The frame was sourced forkless and it was a toss-up between an EL-OS and a chromed fork (pictured). Though the frame dates to the late 80s, the Campagnolo Record groupset is from the early 2000s. Other gems that Ash managed to secure along the way – flouro bar tape, NOS FIR rims, a Cinelli 101 stem – which featured on Lance Armstrong’s bike from the 1999 Tour de France which he did / or didn’t win depending on which side of the barriers you are standing; and the crowning jewel might be the LOOK pedals that match the accents of paint along the downtube and seatube. Wacky and awesome in the same breath. The bidon cages are KING titanium, as is the Rolls Saddle, the seat pillar is the gorgeous C-Record shape which eventually tricked down to the Chorus model. 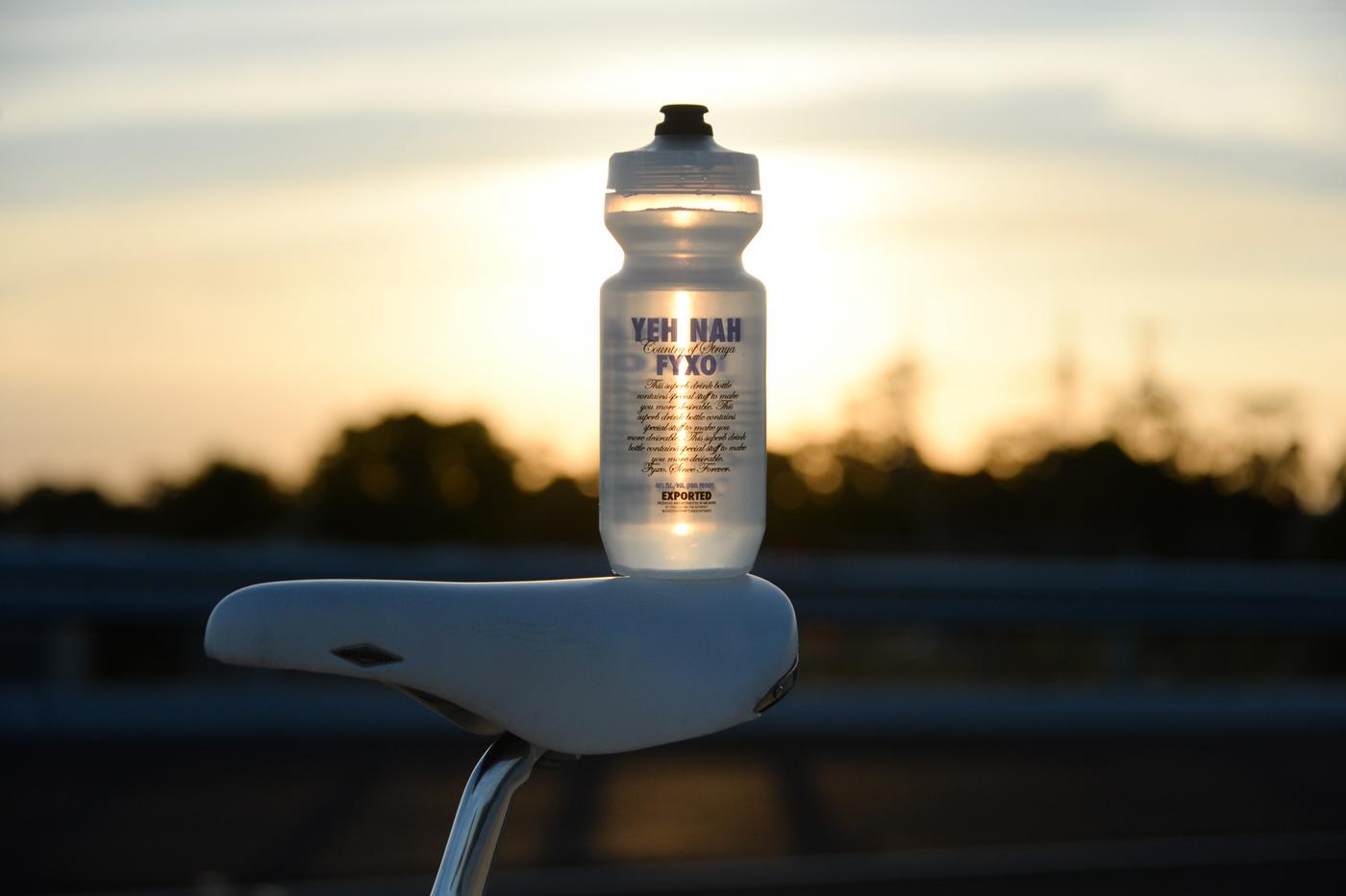 Last year, on my birthday, as I was driving home from building MTB trails in Warburton – a flash of red caught my eye. I hit the brakes HARD and veered left into the roadside carpark. My heart raced. That red flash was a Lamborghini Countach! Half an hour later of gas-bagging with the owner, unbelievably discovering we had mutual friends AND realising I’d struggle to cram into the driver’s seat he said, It’s ‘not that fast’, which could be argued for this Somec – but I don’t care. Few objects have the power to turn heads like a loud Italian thoroughbred, and this will draw attention to whatever wall it is leaning against.