Stoke for the Swift Campout Howdy! I hope everything is well at Swift Industries and I’m sure y’all are ramping up for the 2021 Swift Campout. For those not familiar, could you give us a brief introduction? When did it begin, what was your motivation for starting the campout? and where did your first overnighter take place?

Hey Watson! Sure thing, I’d love to introduce folks to Swift Campout. Here at Swift we’ve made it tradition to pack up our bicycles with camp gear, pedal somewhere stunning and still, and spend the summer solstice sleeping under the stars. The really special thing about Swift Campout is that we get to share the experience with thousands of adventurous folks all over the world. No joke: people in Greece to Nicaragua and Japan have jumped in on our little dirtbag holiday.

Our crew had been going on local bike-overnights together and with our customers since we started our little company in 2008. One day we thought it would be super cool to invite the rest of the world. The funniest thing, looking back, is that the idea of a decentralized event connected by social media really disoriented folks in the beginning: Instagram was only a couple years old and hashtags were just babies then. I’m sure you’ve seen dozens, if not hundreds of campout ride reports from attendees, have any stuck with you over time? What’s been your favorite to see take place?

Oh dang–you’re putting me on the spot! The ones that I think are so cool are the campouts hosted by local bike shops. It melts my heart to see those Gone Swift Campin’ signs on shop doors.

Speaking of: Blue Lug knows how to rally! They even sent a group of their shop workers out to Seattle two years ago to come on our local Seattle ride. People show up to come on our campout from the coolest places. There were once two brothers who rode two days to Seattle just to come with, and another time these kids on bike tour b-lined off route to meet us out at camp.

Last year was rough for reasons we’re all sick of talking about (lol) but one thing I did appreciate was seeing people sticking to their local rides and getting creative with the Campout. Swift hosted a video Campout campaign, which resulted in a lot of exceptional videos. What was your personal favorite video?

The Studio Ghibli Campout by @truemarmelade is pure magic. I’ve noticed a lot of Swift Industries’ new bags look very modern and could fit in with either a classic bicycle touring setup or a modern bikepacking setup.  Over the years, S24O, bicycle camping, and bicycle touring have been swept up in the larger label of “Bikepacking” – what is the disambiguation of that term to you? Is it about the bags? The terrain? The pace? Or the intent? What would you consider the format of the ‘Campout to be? Where does it fall on the ‘ride your bike to camp’ spectrum?

The sheer delight of Swift Campout is that it’s anything folks want it to be. What sorta bike you ride and what strata you roll on doesn’t much matter when it comes to campout. The common denominator–the thrill and joy of camping by bicycle–is our muse, and that’s what we want to share. 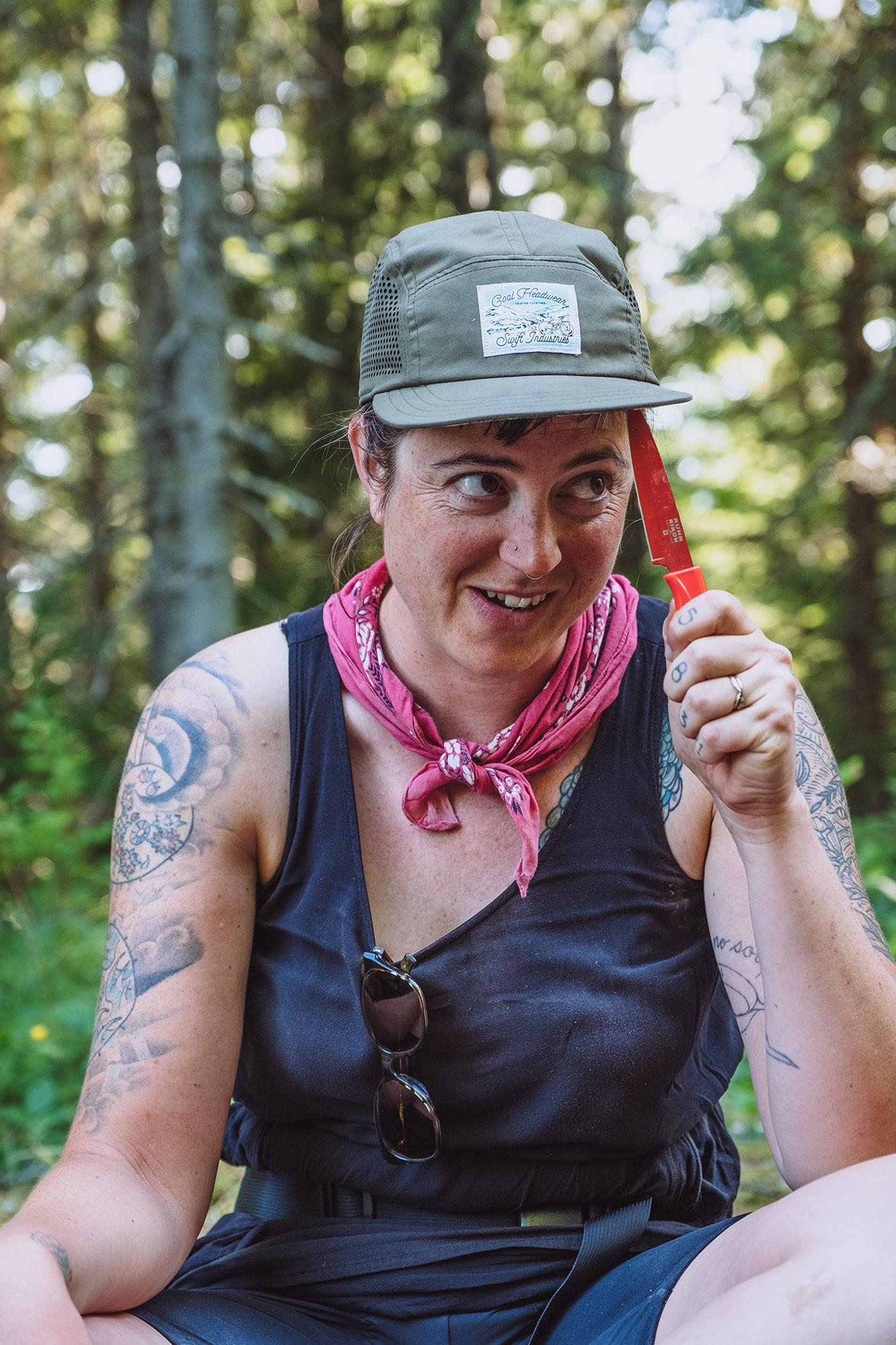 What do you think the biggest challenge for those wanting to get involved with the Swift Campout is? And how can we – at the Radavist and other bike media, or even friends  – help out?

For this one, I opened the question to our crew at Swift. Here’s what our work crew had to say (in no specific order):

-Buddy Systems for the win! If you’re an experienced bicycle adventurer, share your knowledge and resources with folks who haven’t hit the trail by bicycle before.

1. High-quality bicycles and gear are worth their investment: they can really improve the adventuring experience.
2. Such gear is way expensive.
3. For an overnighter like Swift Campout, any bike and any gear set-up (as long as it’s safe and well maintained, ya’ll) will do the trick! I’m a sucker for innovations in gear, what can I say? but when it comes to Swift Campout, we can all turn down the dial on implying that they need all the cool gear to play along. Instead, let’s turn up the volume on empowering folks to get their feet wet and if they fall head over heels for camping by bicycle then we can advocate for investing in gear little-by-little, repurposing equipment and even lending it within the community.

-Bike camping is a family thing. The rad parents on crew at Swift were quick to ask for more coverage and empowerment of families who adventure by bicycle with their youngsters. 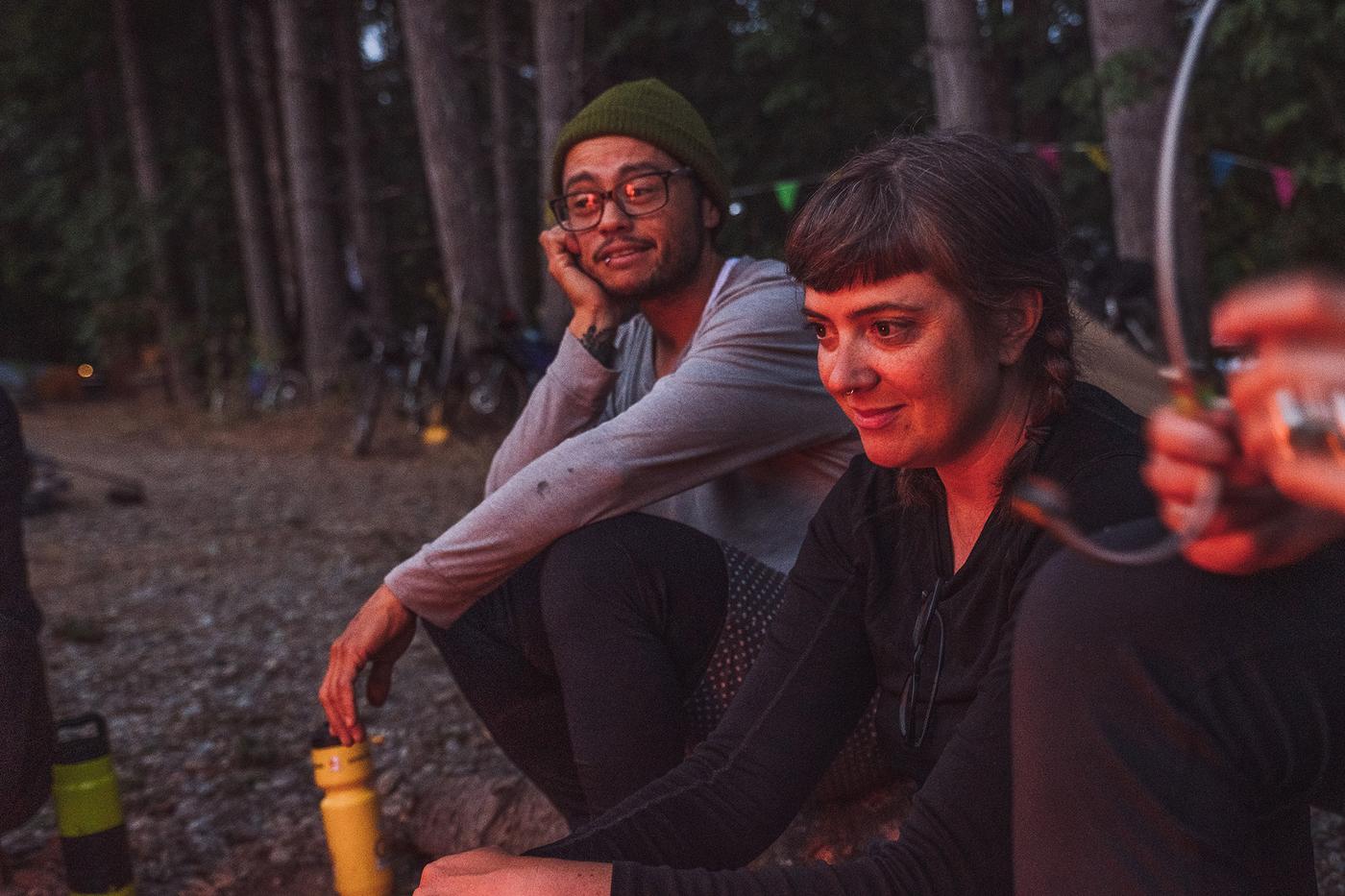 Say you have a friend who has never bicycle camped before but is an accomplished gravel/mountain biker. How can you get them out on an overnighter?

It seems weird to me to hafta convince them: what’s better than riding all day, sleeping out by a roaring fire, and then riding all day again? But okay–it’s surely a new notion for lots of people. Just like for the total newby, they might feel unsure about the weight of their gear on their bicycle at first. It takes some getting used to. But holy heck–once you get moving, and the open road is what you’re doing–it can be so liberating. We all have that ONE item that we can’t leave home without on a camping trip. Be it a cast iron skillet, a favorite titanium mug, an inflatable pillow, a Tenkara rod, or the like. What’s your ONE item?

My watercolor kit. Or my binos. Oh, wait–maybe it’s the book I always pack and NEVER open on bike trips.

Tell us about your favorite Campout meal or snack.

What’s been your favorite animal to see while camping?

I went to take a leak in the middle of the night and realized that a barred owl was perched only feet from camp. It was majestic. Desert or forest for your next outing?

Heading out into the woods next! On our end, this year’s Swift Campout is taking place at a friend’s forestry project in the Oregon Coast Range. We’re gonna pedal from our Swift Campout pop-up shop at the Snow Peak flagship store and land in a quiet meadow near Timber, Oregon. The forester, Peter Hayes and his family, are the current stewards of Hyla Woods and their relationship to the forest and the histories it has hosted is remarkable. What’s more, the Hayes Family has a wild and beautiful vision for the future of the forest that goes wholey against the grain when it comes to traditional forest management. This will be a really special visit.

… and last but not least, what are you looking forward to the most about the Campout?

Sitting around camp with new and old friends, just watching the embers and listening to folks sharing tall tails and passing whiskey. If we’re lucky, our host will grace us with forest stories.

We’d like to thank Swift Industries for pulling this together! If you need some inspiration, check out our Related stories below and if you’re hosting a ride, post up the details in the comments!