The bikes and people began rolling in around 1:30

Our plan was pretty simple: meet at Golden Saddle at 2pm for a 3pm rollout. It’d be self-supported and would take roughly 3.5 hours to roll up the 20 mile, 2,700′ ride to camp, with the last 3 miles being steep, loose dirt. San Gabriel style. 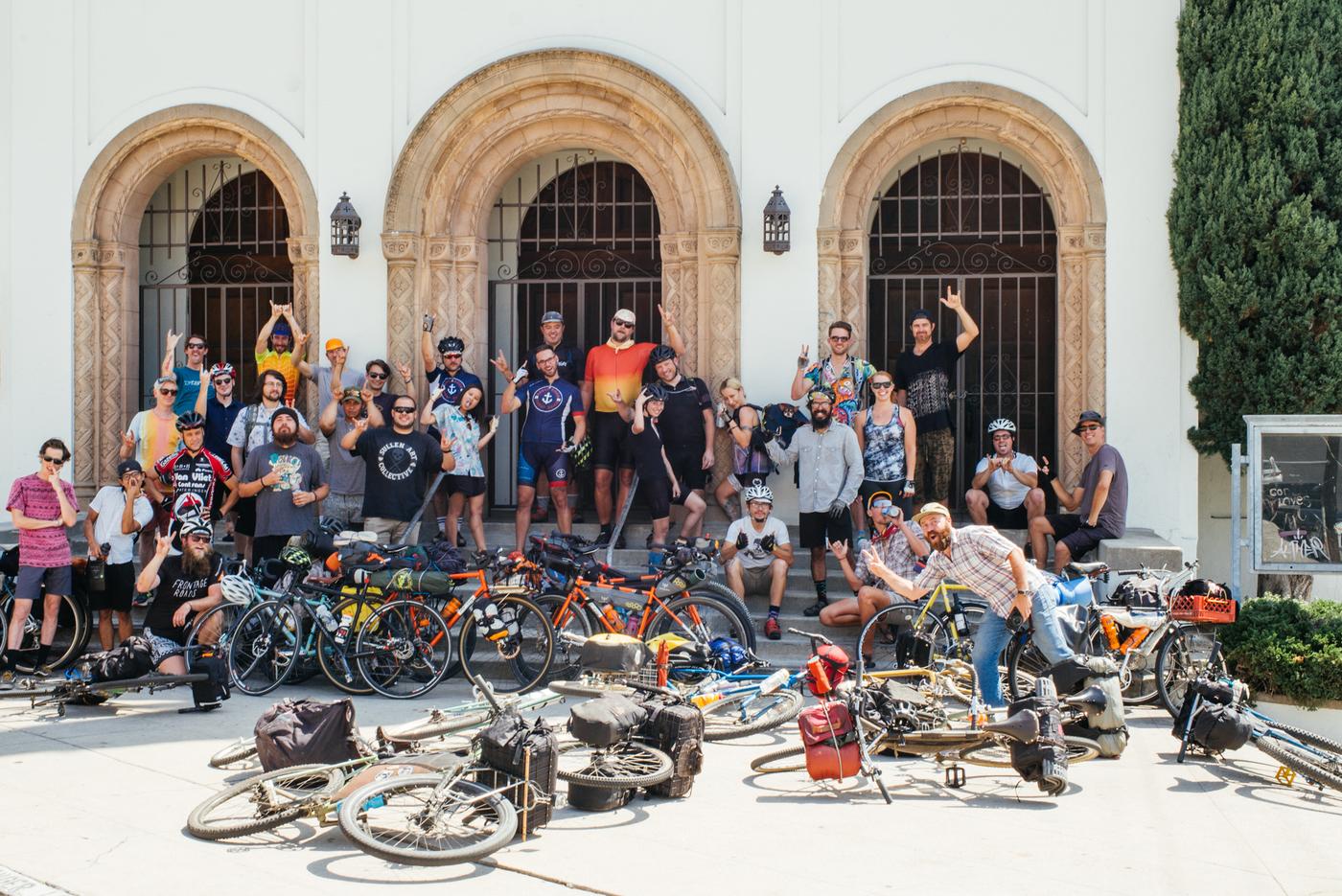 As 3 oclock rolled around, we were all amazed at the size of our group! Here’s everyone that left from GSC, minus three people who were fixing a flat. This group would be met by 10 more people who got to camp early to lay stake to our site. 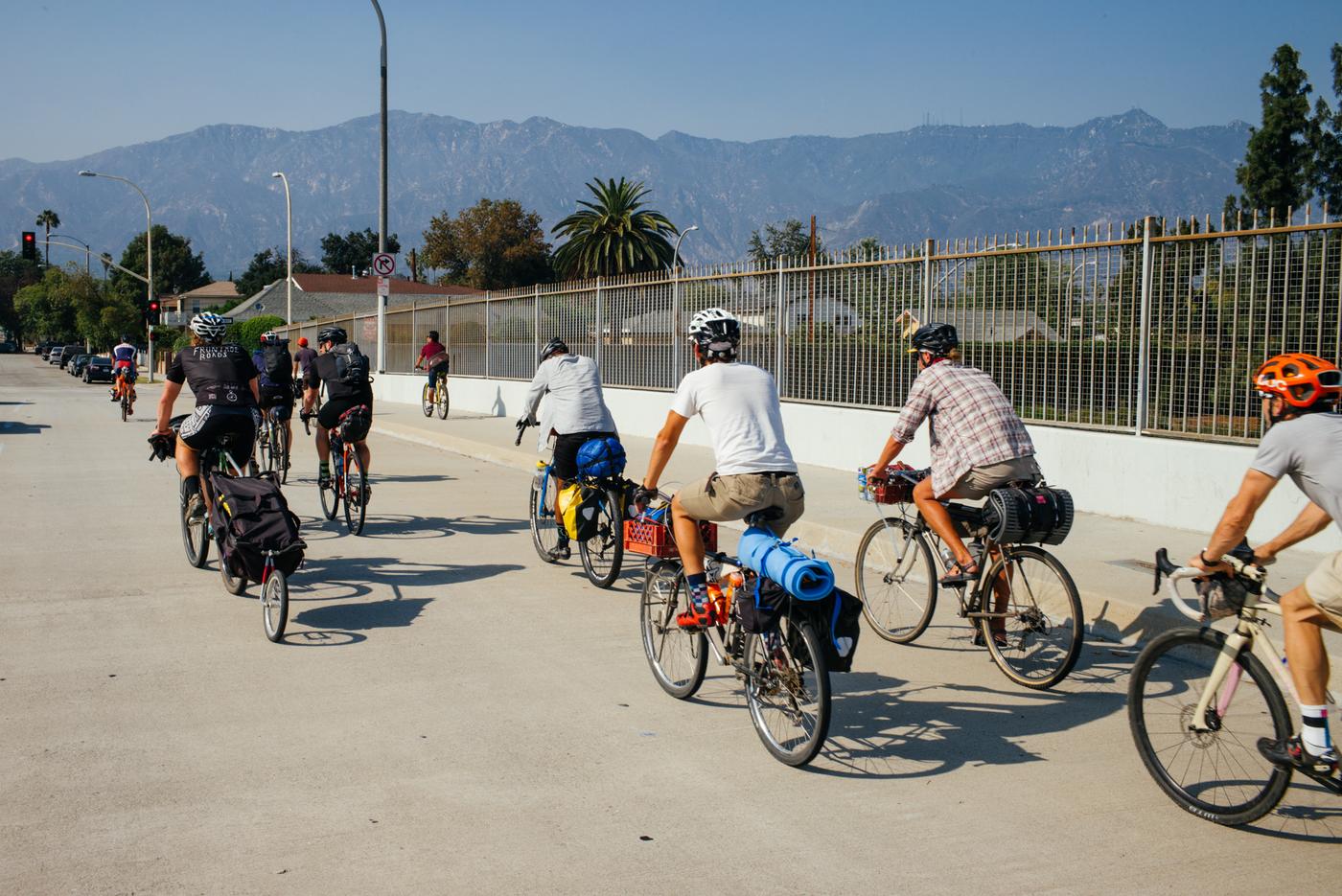 Saturday morning traffic, on the first weekend of summer was a non-issue. Not one car honked in frustration. Instead we were greeted with smiles, waves and shouts of encouragement from our fellow Angelenos. Perhaps we inspired others to ride a bicycle in LA that day? 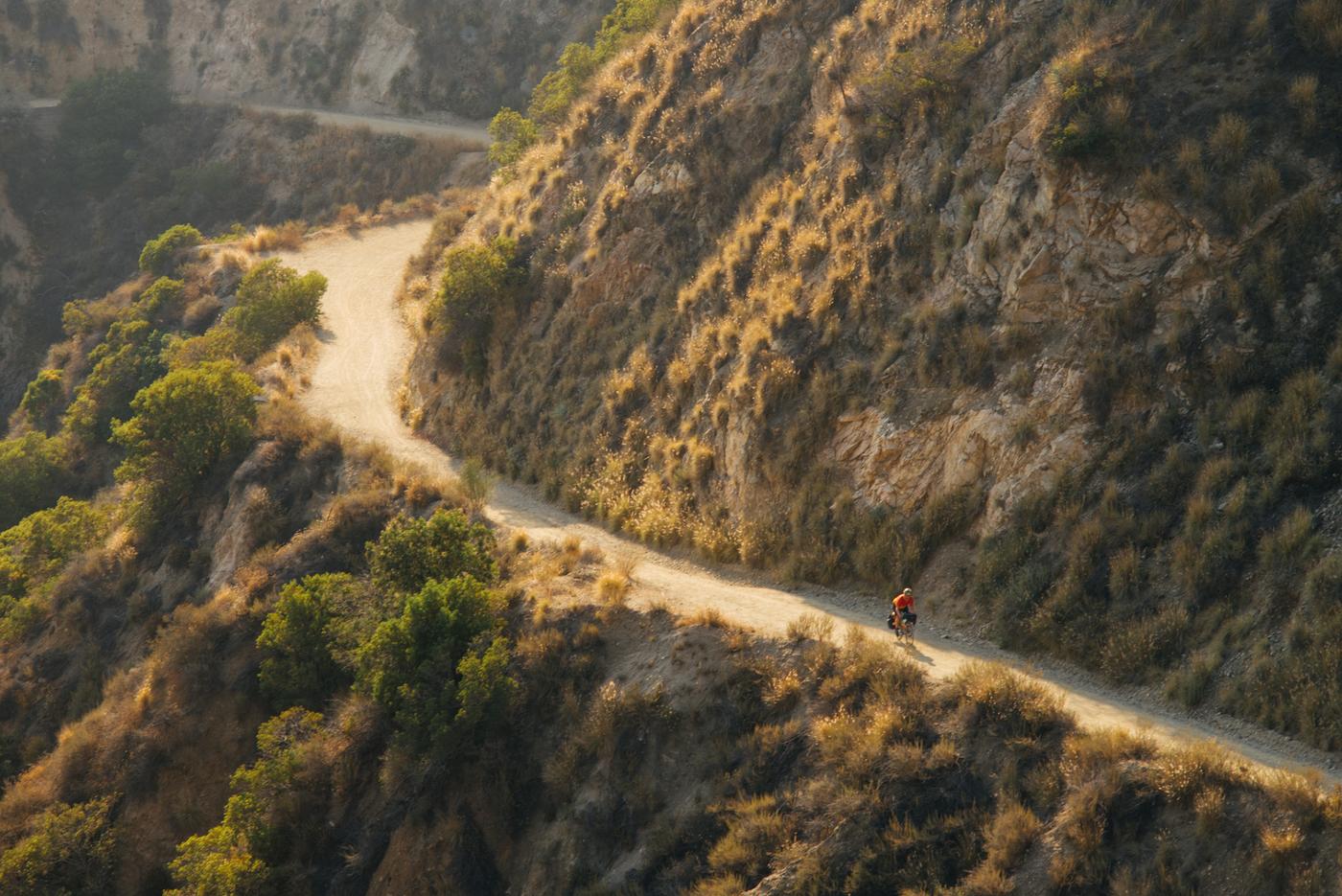 After a pit-stop to fill up on food and water, we hit the dirt which was so steep that many people had to walk sections. Here’s Drew, a “clydesdale” pushing through with all his might up the steepest part of the trail, after I yelled down some words of encouragement. As the sun set, the group bonded over the fire box, bottles of wine, whiskey and beer. I shot beer cans with my slingshot, others shot the shit before hitting their tents, sleeping pads and hammocks around 3am. Yikes! We’d awake a bit hungover, groggy and ready to consume the breakfast foods David and Nils brought along to share. 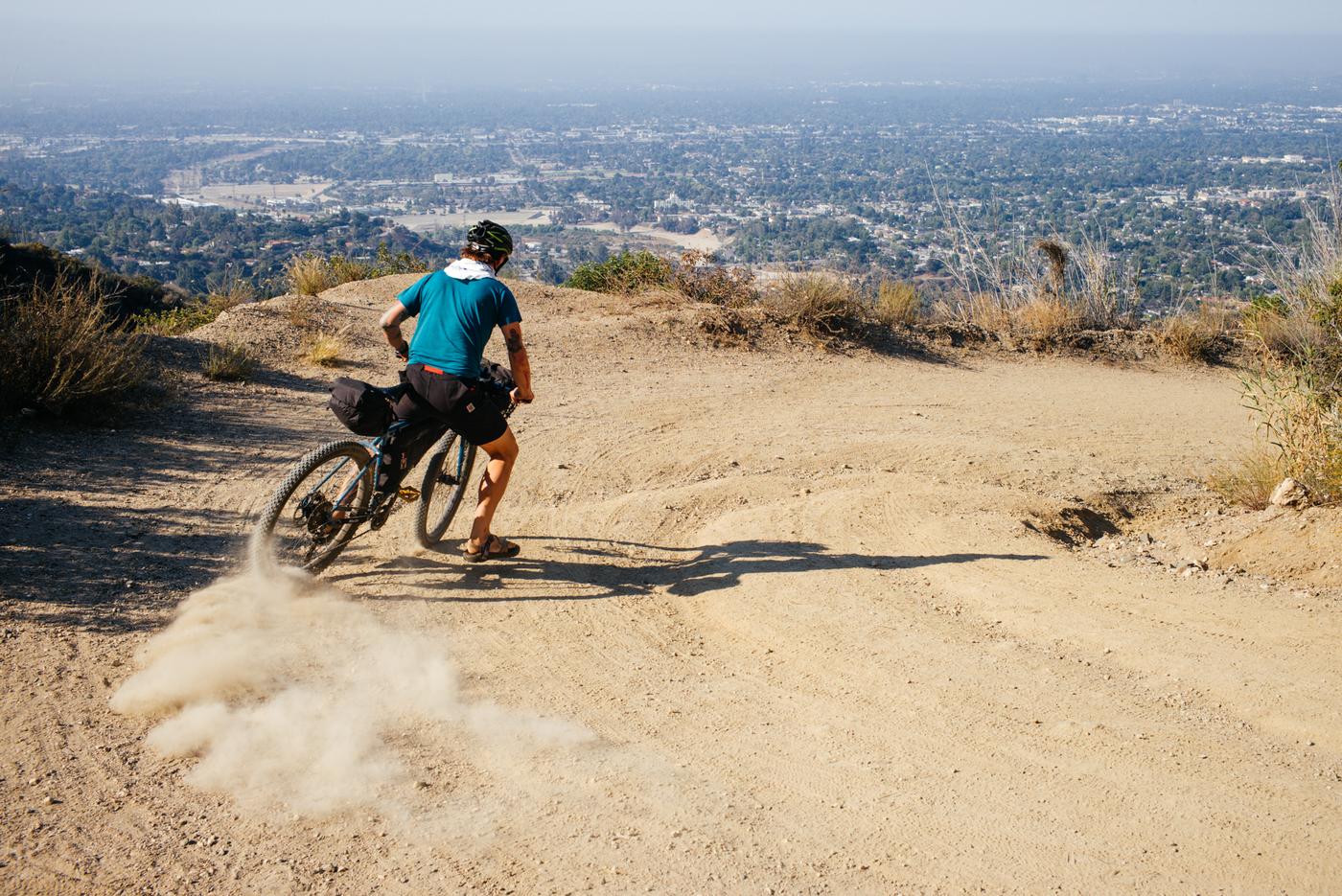 The ride home provided almost 20 miles of descending back to Golden Saddle through glorious traffic-free, early Sunday morning streets. The stoke was high, our feet were dirty and steeds sated. It was a great way to ring in Summer!

Many thanks to Swift for putting on this event and for everyone who came out to this weekend’s event. It was great meeting you all! If you’ve got stories or photos of your own, make sure you share them in the comments!

If you’d like to bicycle camp at Henninger, here’s our super chill route to the campsite, as well as the ride home: