Getting High in the San Gabriel Mountains at Mt. Lowe Trail Camp

Getting High in the San Gabriel Mountains at Mt. Lowe Trail Camp
Photos and words by Kyle Kelley

Each year everyone at Golden Saddle Cyclery gets super excited when Swift Industries announces their annual campout and then every year we become more and more worried about killing everyone because it is always way too hot to ride a fully loaded touring bike up a mountain. Yeah, it’s summer and yeah it’s hot everywhere, but we’re talking Buster Poindexter “HOT HOT HOT!” The GSC and Swift campout has grown larger and little bit wilder with each year! We had about 25 people ride with us from the shop up the mountain that morning, about 10 or so more people rode up later in the afternoon, and The Topanga Creek Outpost boys all rolled down from the top of the mountain in the evening! At some point, we quit counting, both the ever growing group of people and the beers that everyone consumed! 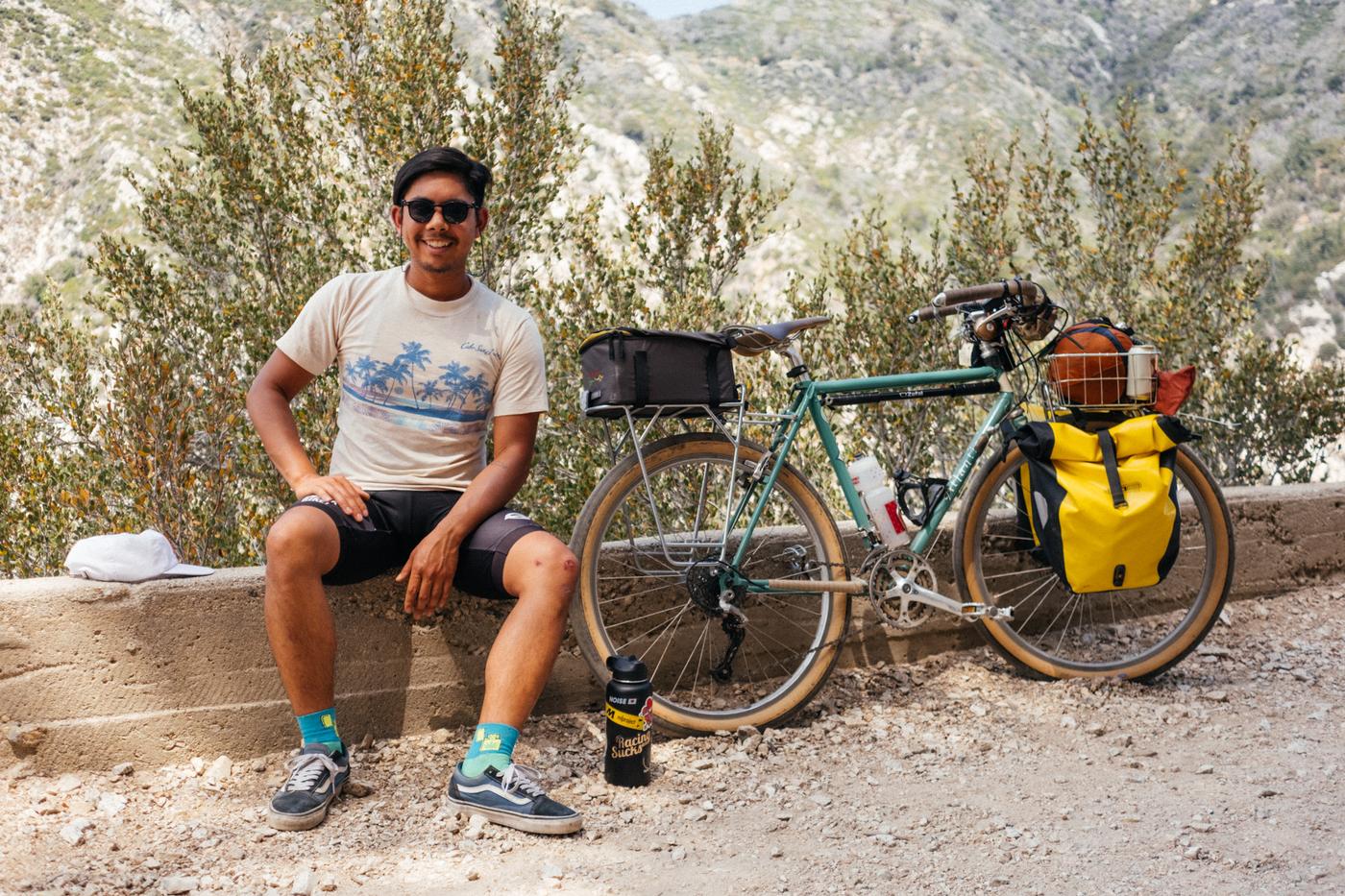 It wasn’t an easy ride, we were climbing about 5,000 feet in 20 or so miles. With bikes weighing anywhere from 30 pounds to 100 pounds. Ben Van Dyke from Star Creature Records loaded his Surly Big Dummy to the brim with ice and ice-cold Miller High Lifes! Let’s just say I rode with Ben most the day. Most people had run out of water after arriving at the Trail Camp, so a few of us removed our panniers and camping gear and road even further up the mountain with empty water bladders and jugs to fetch water for everyone at camp. Lucky for us The Cosmic Cafe was open at the Mt. Wilson Observatory and we all had our fair share of Arnold Palmers, hot dogs, banana splits, and Frito Pies before returning to camp.

When we returned, there was full-on sausage party happening! ;)

Next year we’re hoping to beat the heat by heading to the beach!!!