Ok, so to start, I missed the actual date of the Swift Campout by a day. I was finishing up work in St George, Utah and after a week of playing adult daycare as a tour guide I was exhausted. Sitting in a Starbucks in Cedar City, I spied a small glacial lake about an hour north in the Fishlake National Forest that promised some relief from the 110+ heat. I had every intention of actually riding out Saturday night, but then I got lazy and slept for 13 hours instead. So now its noon on Sunday, still time for redemption right?

I’d been hanging onto a quarter tab of acid for too long and found it to be the great motivator in getting moving. Bags packed, brain cradled, now for the 3k ft climb to the pass.  The climb was a blur of podcasts and dust from massive 5th wheel campers coming down the road.  I had read that the road was closed just below the pass, hence me riding all the way up there instead of driving, but alas it was open when I finally reached it.  It was now my stubbornness started to kick in, I had to reach somewhere I couldn’t simply get to in a car. 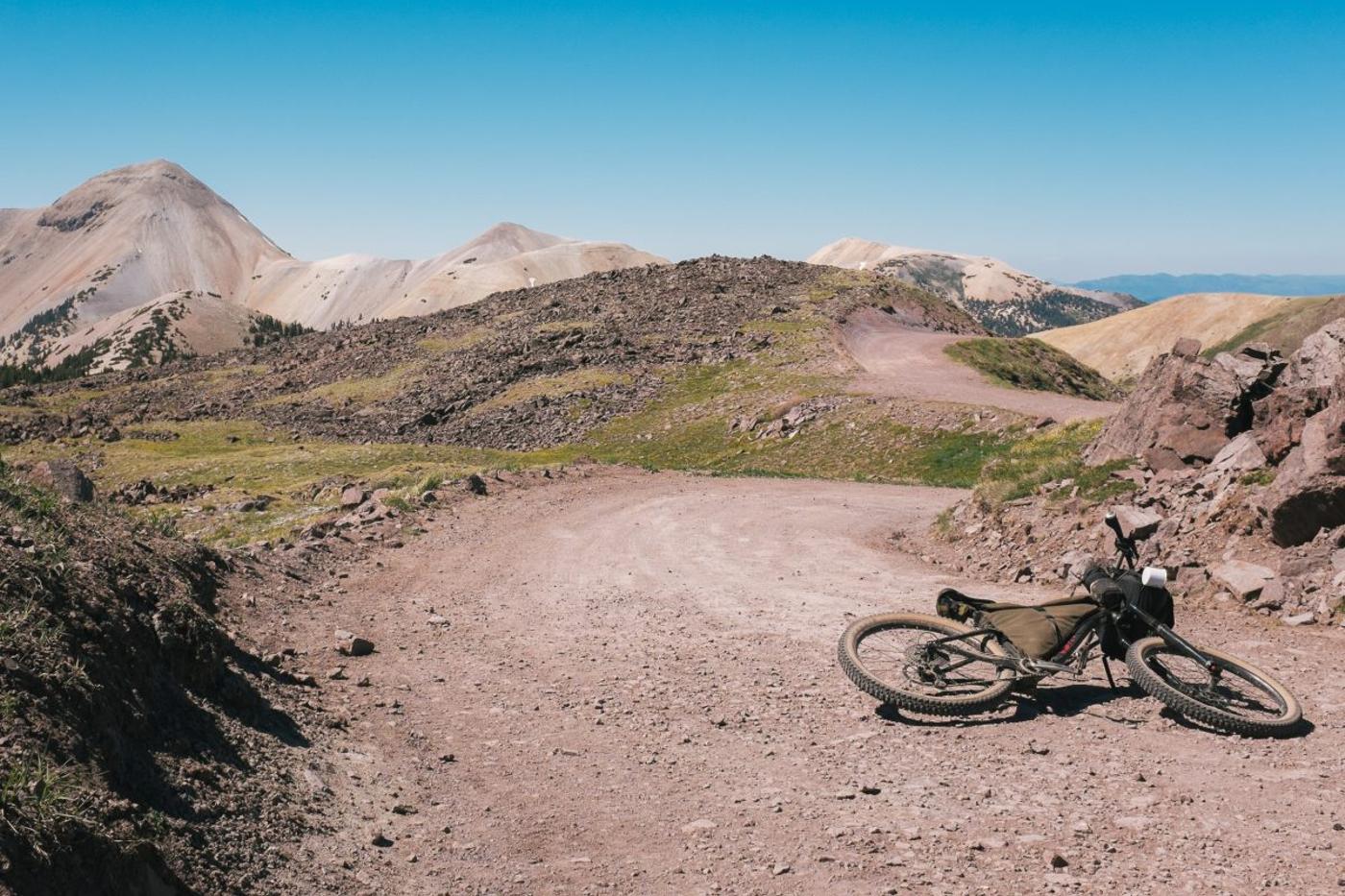 I was totally blown away when I reached the pass, massive volcanic mountains laced with white, gold, and purple rock.  About a mile down the road, I finally sighted the lake I had seen on the map, about 1500 ft below me.  I couldn’t find any map that showed an actual path down to the lake, so I tried probing old mining roads until they dwindled out into high angle scree slopes. Retreating, I continued down the main road and found a faded USFS map showed some single track hiking trails to and from the lake!  I went back up the road to probe the old mining roads for a connector to the single track, which just lead me to carry my bike on my shoulders across a very steep talus field and almost making myself into a chossy avalanche. After calming down from that very sketchy experience, I began to sight the impossible line I had seen on the map down to the lake and realized it was pretty hopeless. Luckily, as I peered across the valley I saw a faint fire road through the trees down to the lake!  I doubled back and found the locked gate that lead to the lake, ah sweet sweet bike only access!

the descent was magnificent and I had finally found my way to the lake. Now I just had to hike my bike on my shoulders to get around to the side with the good view.  Feeling accomplished, I built a roaring fire and took a twilight dip. 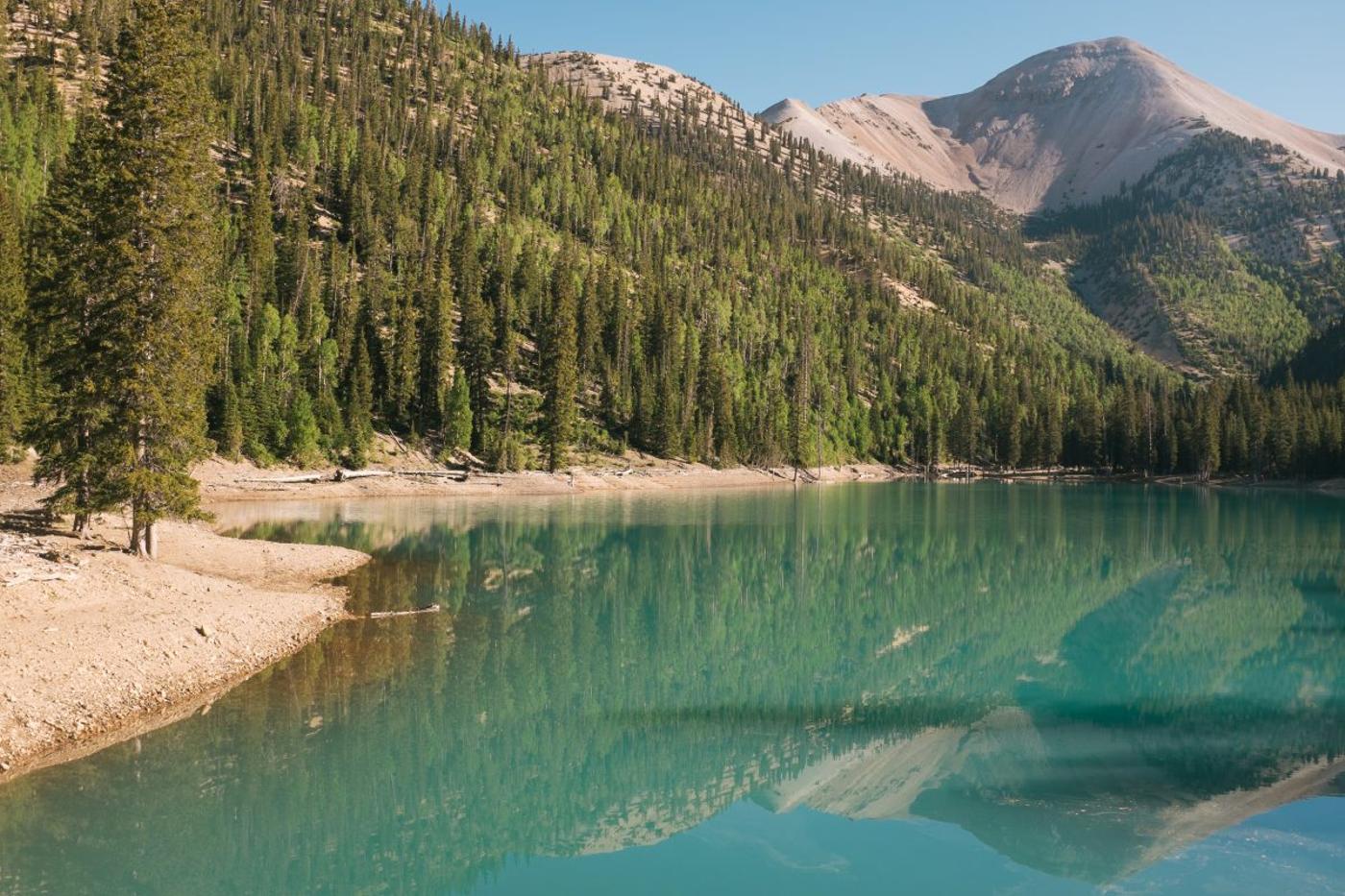 The following morning I made the ill-fated decision to take the badly maintained hard to follow single track along the creek draining from the lake.  the brief sections that were rideable between fallen snags were quite wonderful and the wildflowers were exquisite.  When I finally reached the trail junction I realized my grave mistake, now started a 2k ft single track hike-a-bike back over the ridge to a final descent back to my campsite. 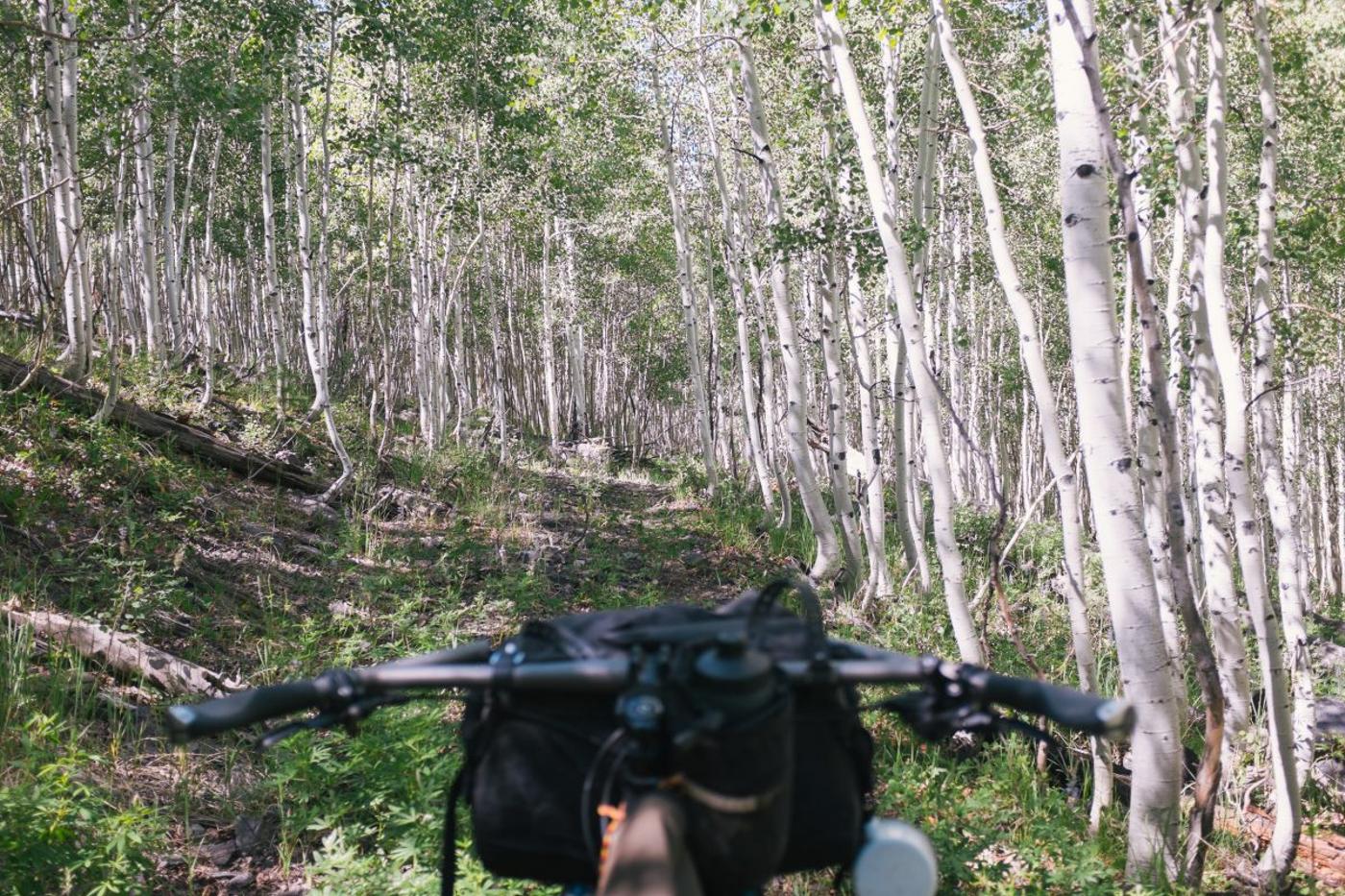 The photos stop at the happy moments in the endless stands of Aspens.  I dunno if this was type two fun, probably more stubborn fueled determination to get to some point I thought looked cool on a map.  After all these big group trips lately, it was refreshing to do something really dumb and just on my own, actually thank baby Jesus no one was with me, following my acid induced bike ramblings across big mountains would be a terrible idea.  Thanks to Swift for organizing this every year and reminding me to go out and explore new places on my bike just because, it always winds up being beautiful. Go find something cool on a map and just get there