Tall bikes were spawned by bike punk cultures like NYC’s Bike Kill and other DIY groups and have been used in everything from bike jousting tournaments to full-on cross-country tours. When I see a tall bike, there’s this atavistic urge to jump on board and take it for a spin. So as you can imagine when I feasted my eyes upon Brendan’s Onko Rinkus tall bike while visiting Rock Lobster Cycles, I had to document it… Formally educated, trained, and practicing as a marine biologist, Brendan spends his downtime wrenching and building bikes under the moniker Onko Rinkus. He learned to build frames under Paul Sadoff’s watchful eye and usually works on projects around the shop. As for Onko Rinkus, you’ll see his bikes at ‘cross races and other localized events in the Santa Cruz area. 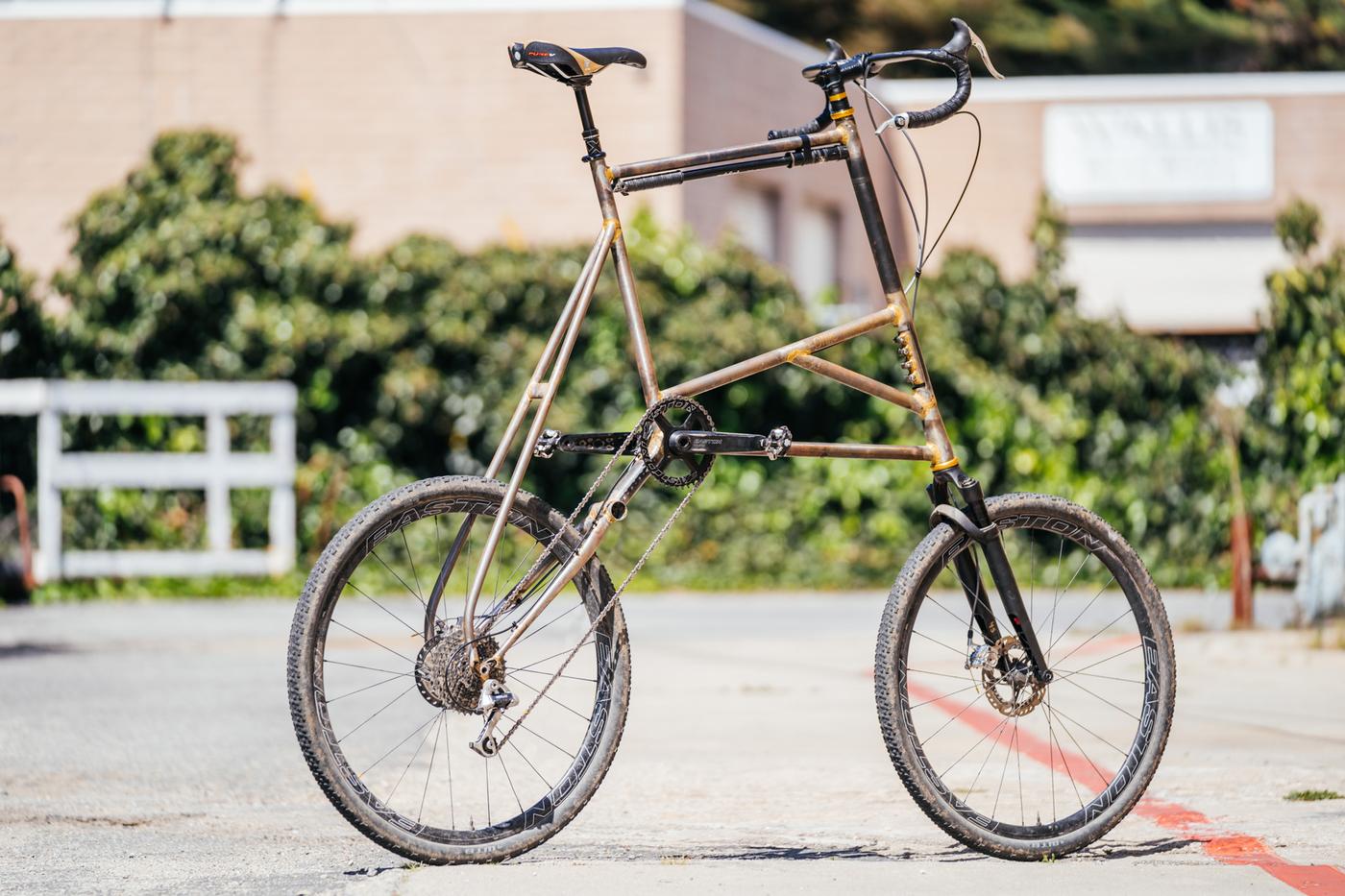 I can honestly say that I’ve never seen a tall bike built with embargoed bike tech before. When I shot this bike, the FOX 32 Taper-Cast Gravel Fork hadn’t yet been released, so we had to keep these photos under wrap for a bit. Brendan planned to ride this bike from Santa Cruz to Monterrey, California, with the Easton press ride, which would showcase new Easton and Fox gear, but alas, it didn’t work out. Hearing this motivated me to document it as thoroughly as possible because the world needs to see this thing! 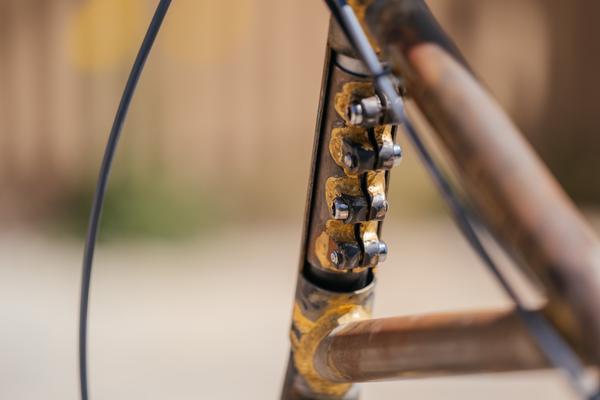 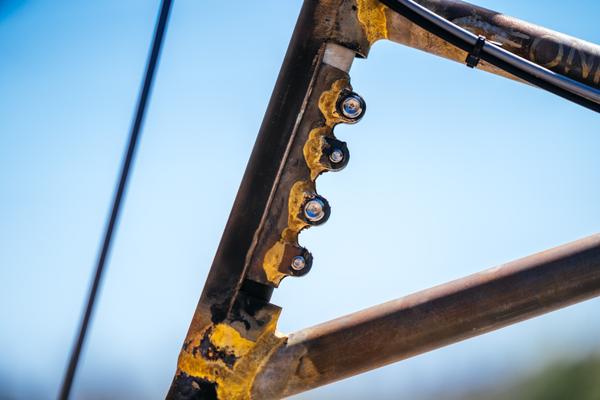 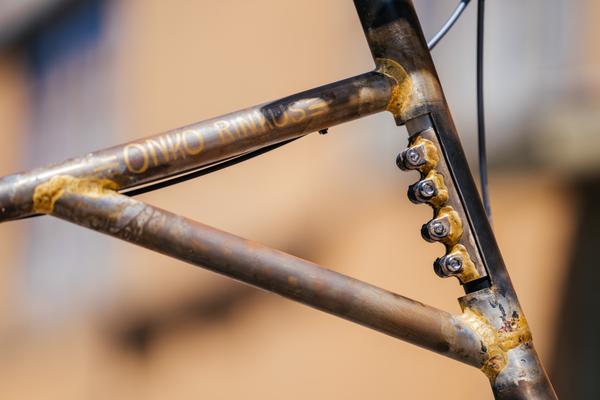 As Brendan was assembling this beautiful hunk of art, he bumped into one of the Fox engineers who talked him out of welding a steerer extension onto the fork. Instead, he designed this steerer tube clamp, effectively joining the fork’s steerer with a longer steerer tube. This contraption then required a movement window of sorts to allow the bike to be steered. Would it pass consumer product safety tests? Hellllll nah. Is it fun to look at and photograph? You bet! 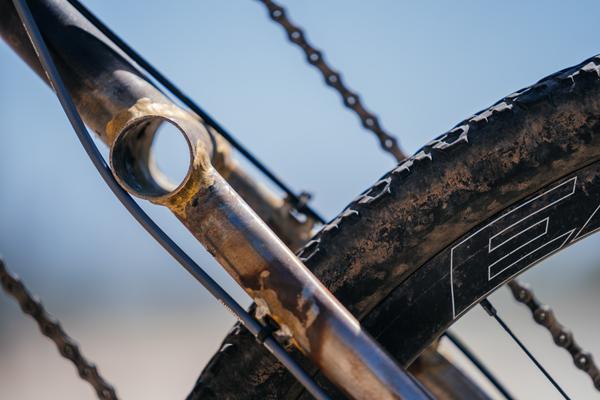 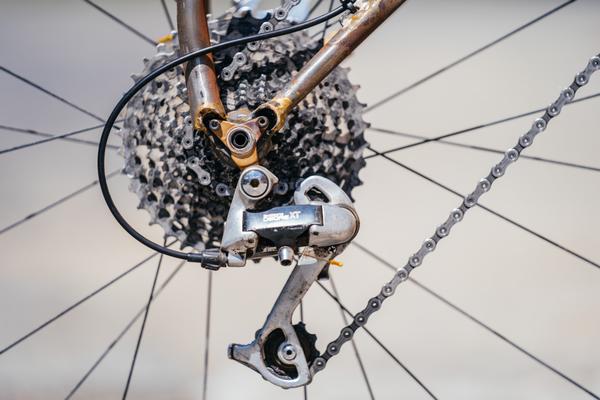 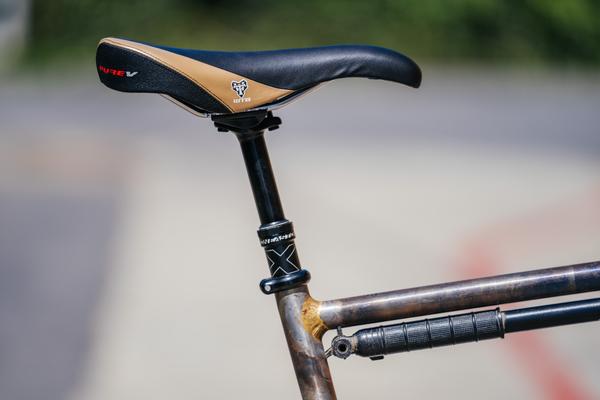 There are some incredible moments in the build spec and construction details like the voided bottom bracket shell, the XT derailleur, the replaceable derailleur hanger, and the dropper post! For those uninitiated with tall bikes, getting your leg over the saddle can be an arduous task and the dropper post makes this much more manageable. 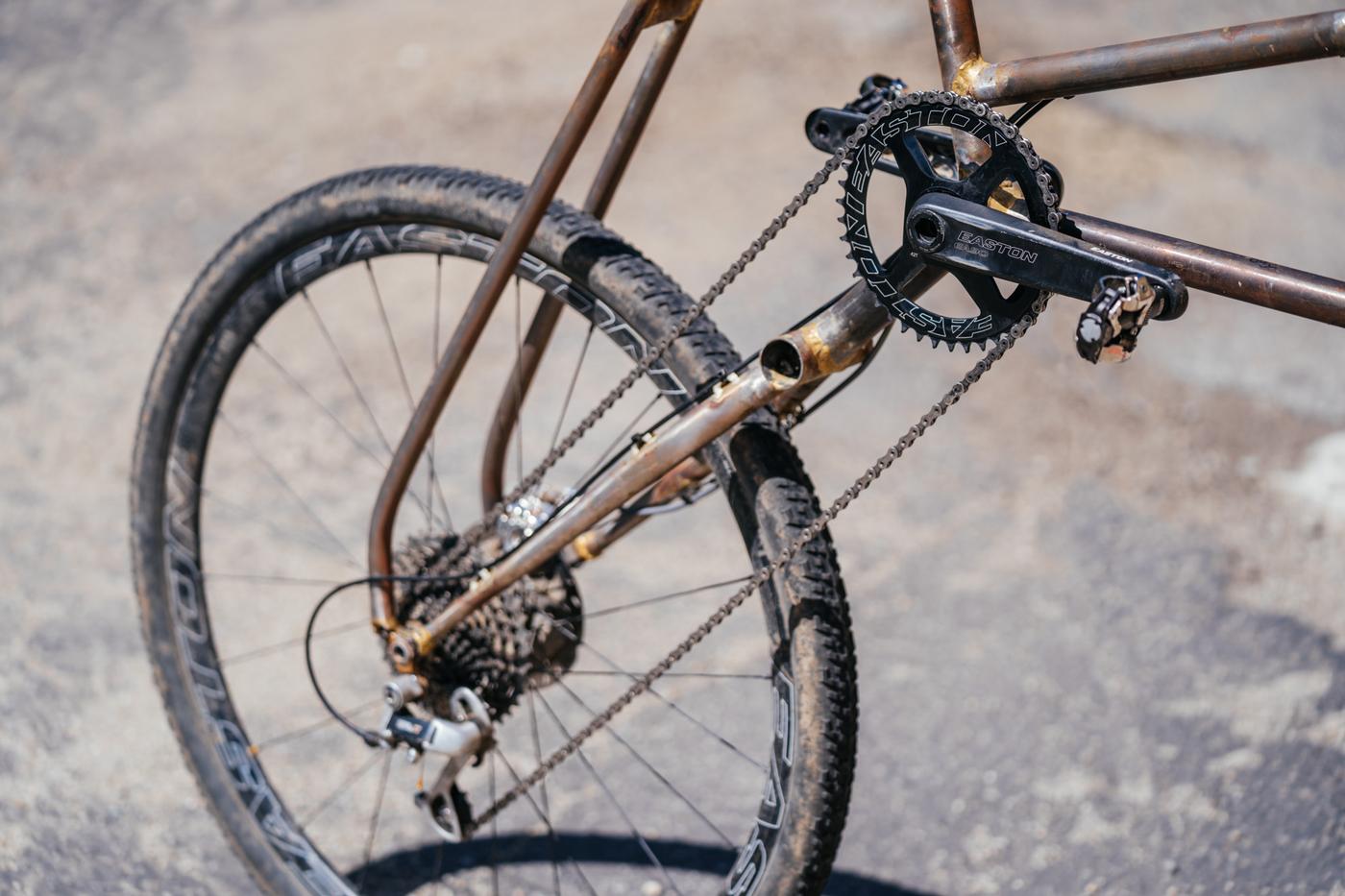 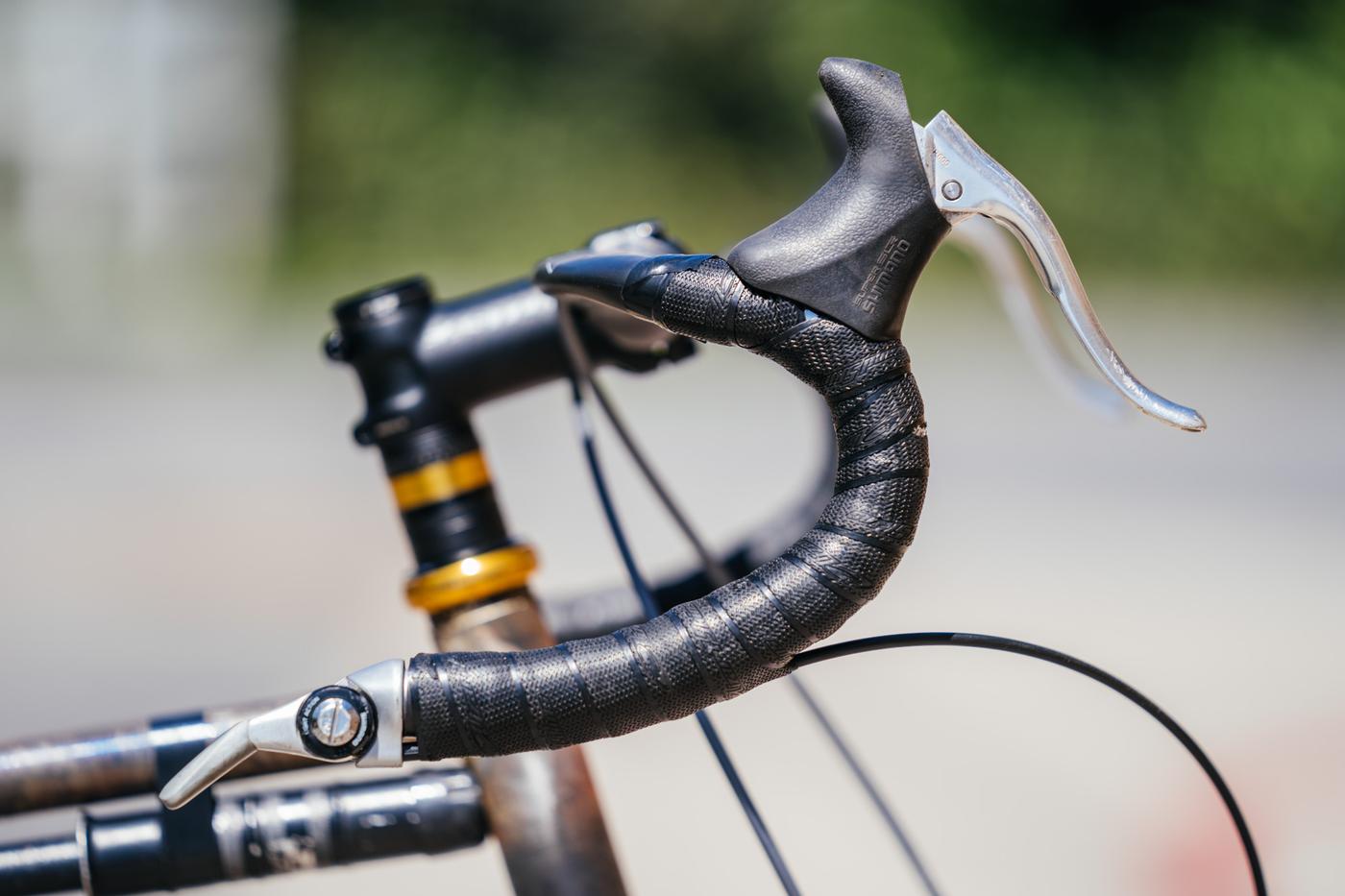 Barcons, because, why not? Yes, the other shifter actuates the dropper! 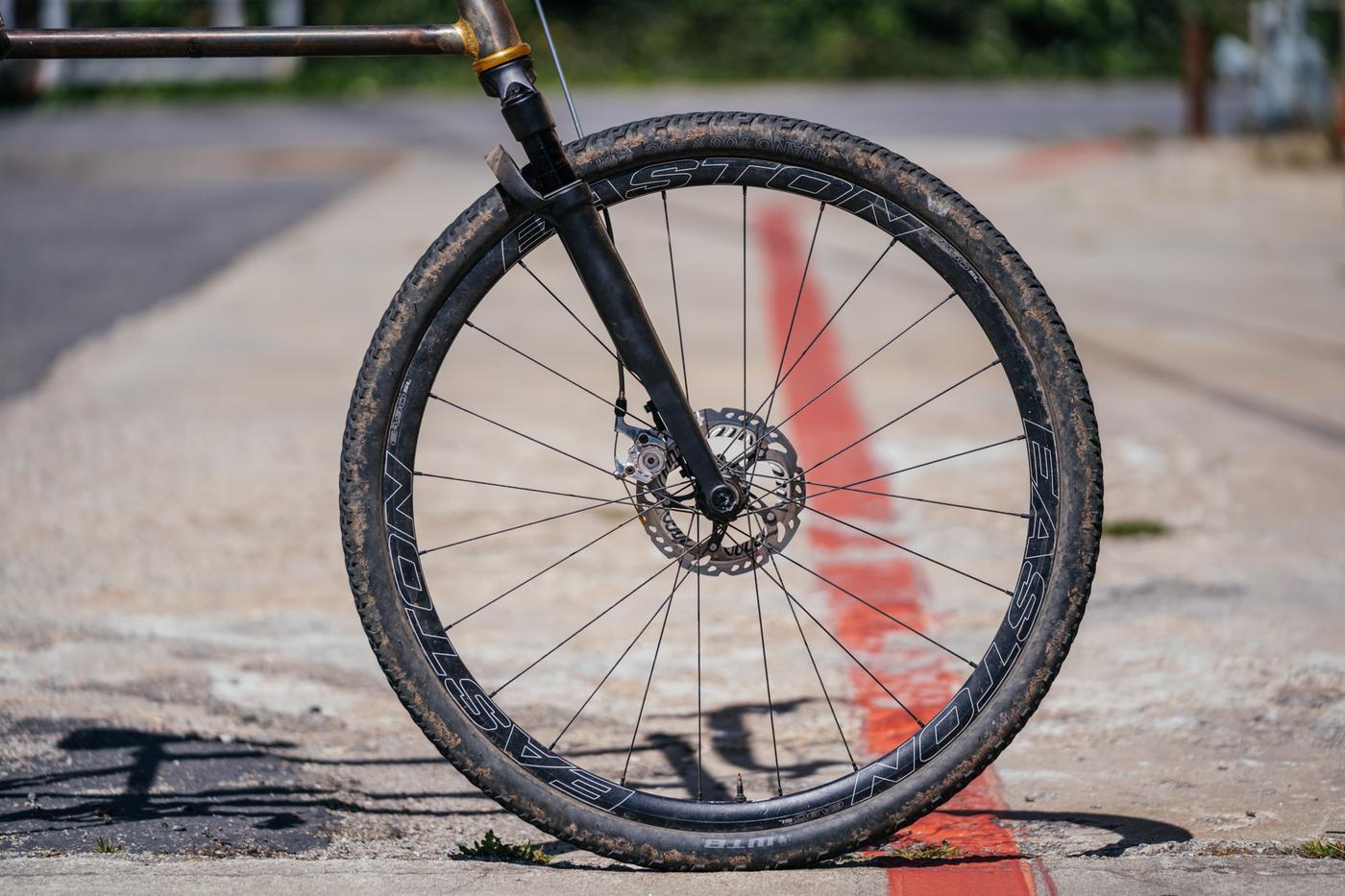 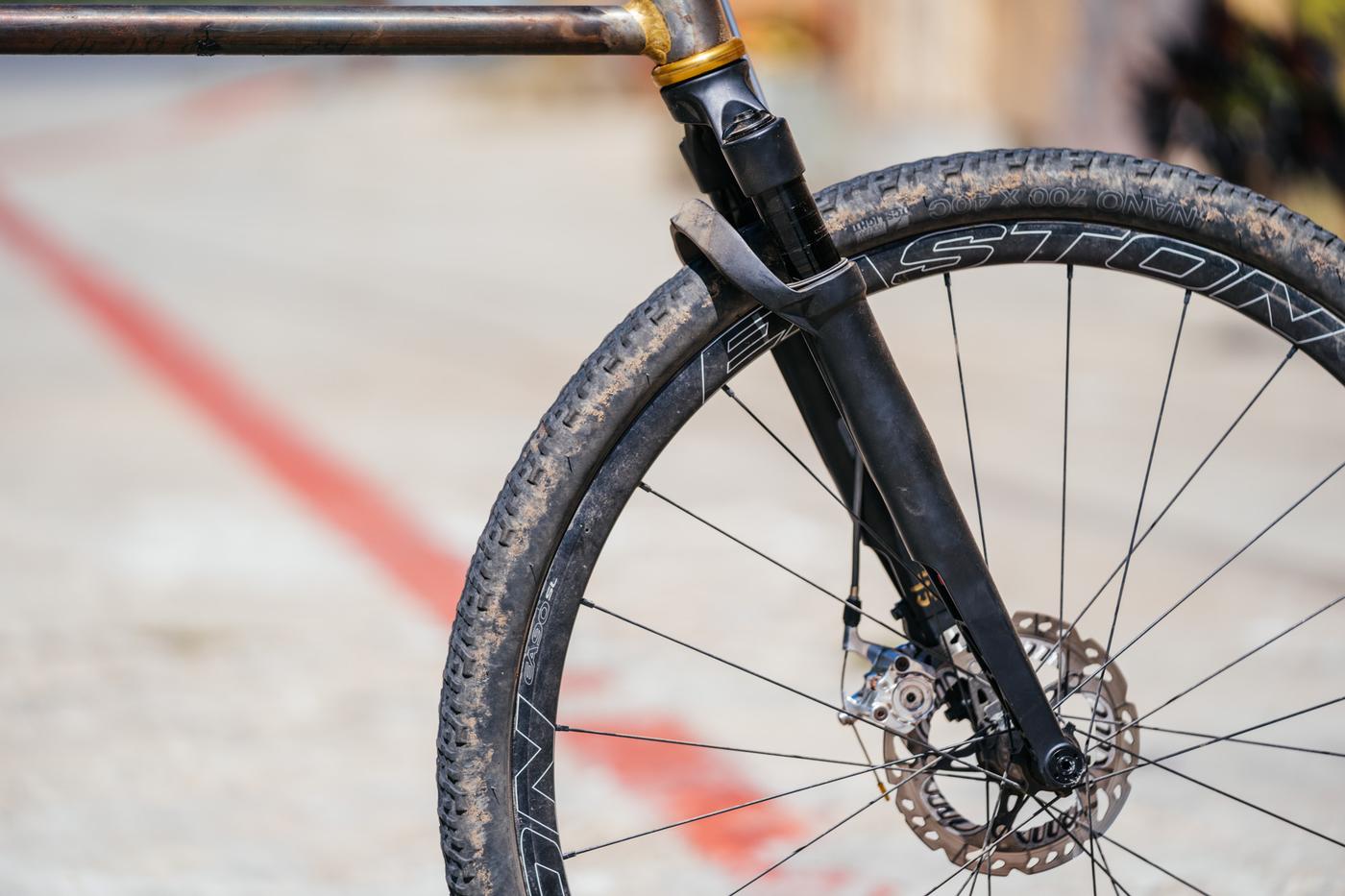 Perhaps the strangest piece of componentry is the FOX 32 Taper-Cast Gravel Fork, which, when you think about it, effectively steepens the head angle by a considerable amount, even moreso with the long travel, 50mm, option. Brendan says descending gravel fire roads is “interesting” and that he has to take it very slowly. Getting bucked off that thing would suck! 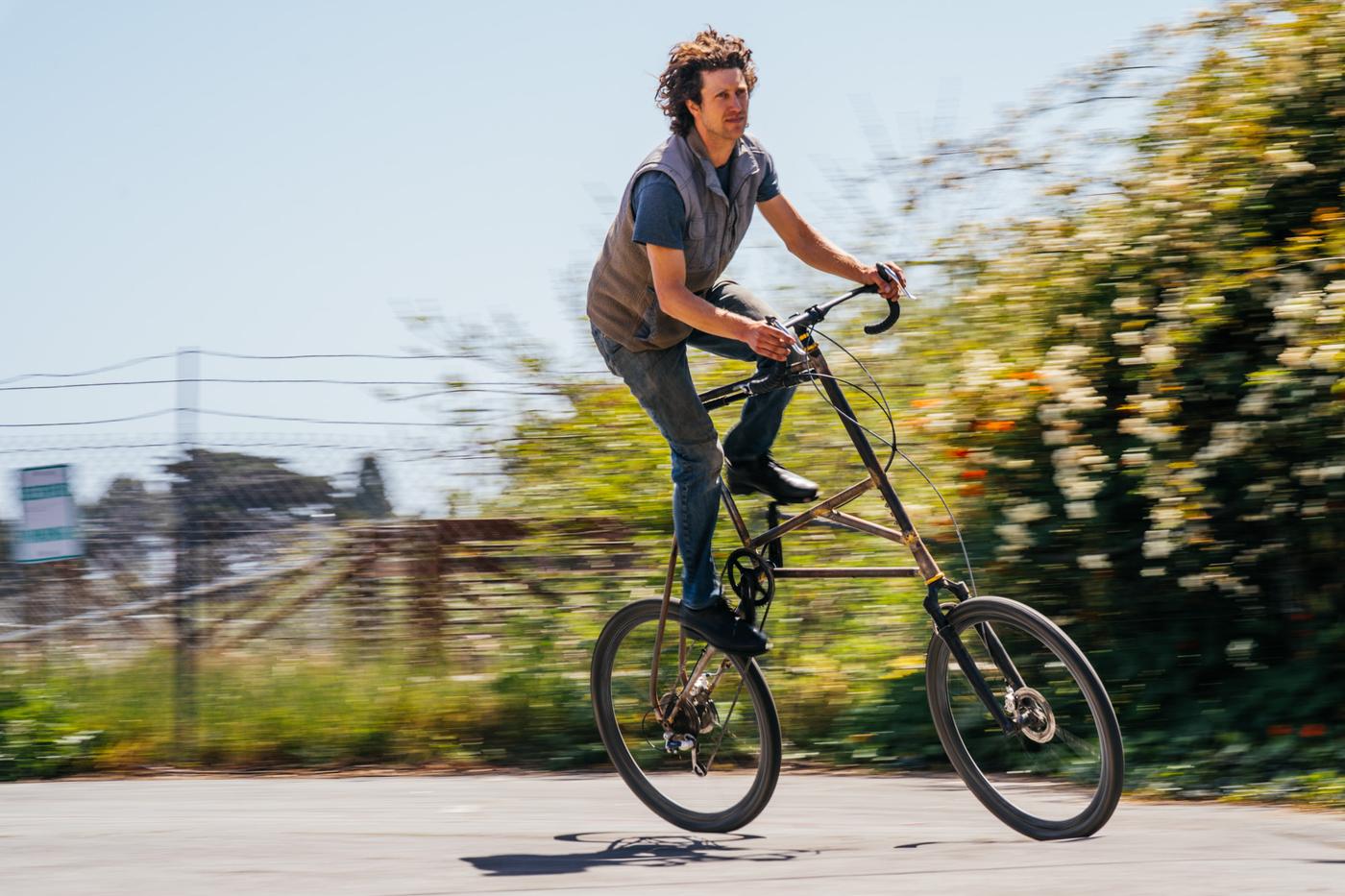 This has got to be one of the most incredible bikes I’ve ever thrown a leg over, and I’m honored to have it featured here on The Radavist. Well done, Brendan!