Lobsters don’t have a home, per se. Rather, they move across the rocky ocean floors searching for a cobble or den. In many ways, Paul Sadoff of Rock Lobster Cycles has been looking for a new cobble for the past few years, bouncing to and fro various shop spaces, all within a mile of each other. His new space, however, might just be the best yet.

On my recent trip out to Sea Otter, I swung through to catch up with Paul. It’d been over two years since the last time I saw him and as he’s one of my favorite builders to hang out with, I was looking forward to spending some time talkin’ tubes with him. Read on below for a Shop Visit as well as a look at the Rock Lobster singlespeed 29er from the Chris King Guest House event… The Man, The Myth

Framebuilders feel like my family. Hell, I probably see them more than my parents or siblings, so I feel a connection when catching up with them. It’s been over two years since I last visited Paul, and he had a lot to share with me that afternoon. For one, he and his wife quit drinking – woooo! – which, at their age will do wonders for them. He’s also lamented about having more time to play his guitar by spending less time building bikes.

The latter perspective surprised me because, on previous visits, Paul would wax poetic about spending his last days in the shop but when you cut out drinking, your world gets a little brighter. 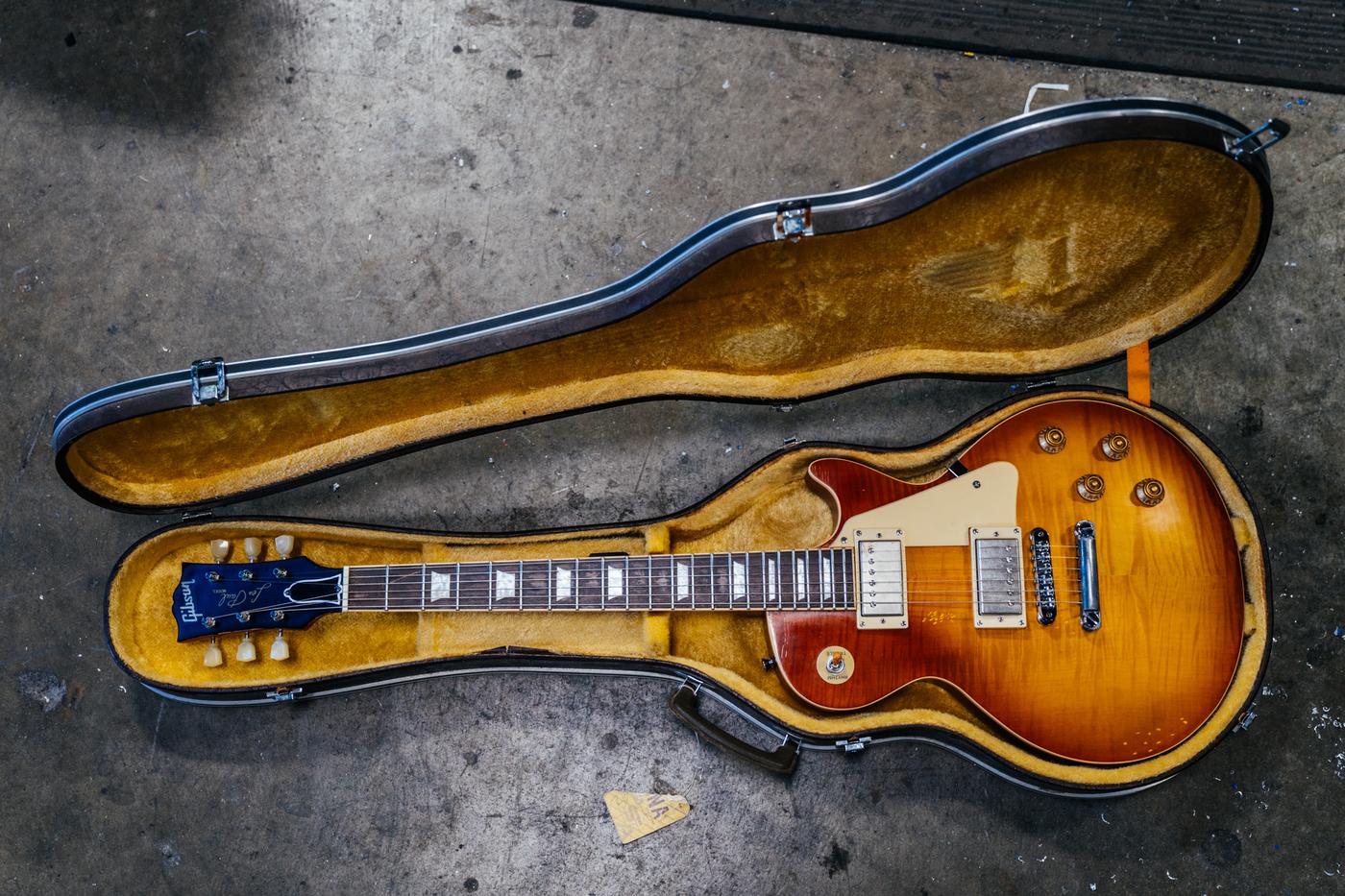 The intersectionality of hobbies with building bikes is what draws me the most to builders. Curtis Inglis has his scooters and vintage cars, as does Jeremy Sycip. Adam Sklar has a bong company and likes to build furniture. Peter Weigle has his love affair with vintage autos as well. While bikes put food on their plates and a roof over their heads, it’s nice to see some other hobbies calling the shots. Unfortunately, I didn’t have time for a Paul Sadoff concert this trip, although he promised me that he’d bust it out for me the next time. Instead, the comedy routine impressed! ;-) 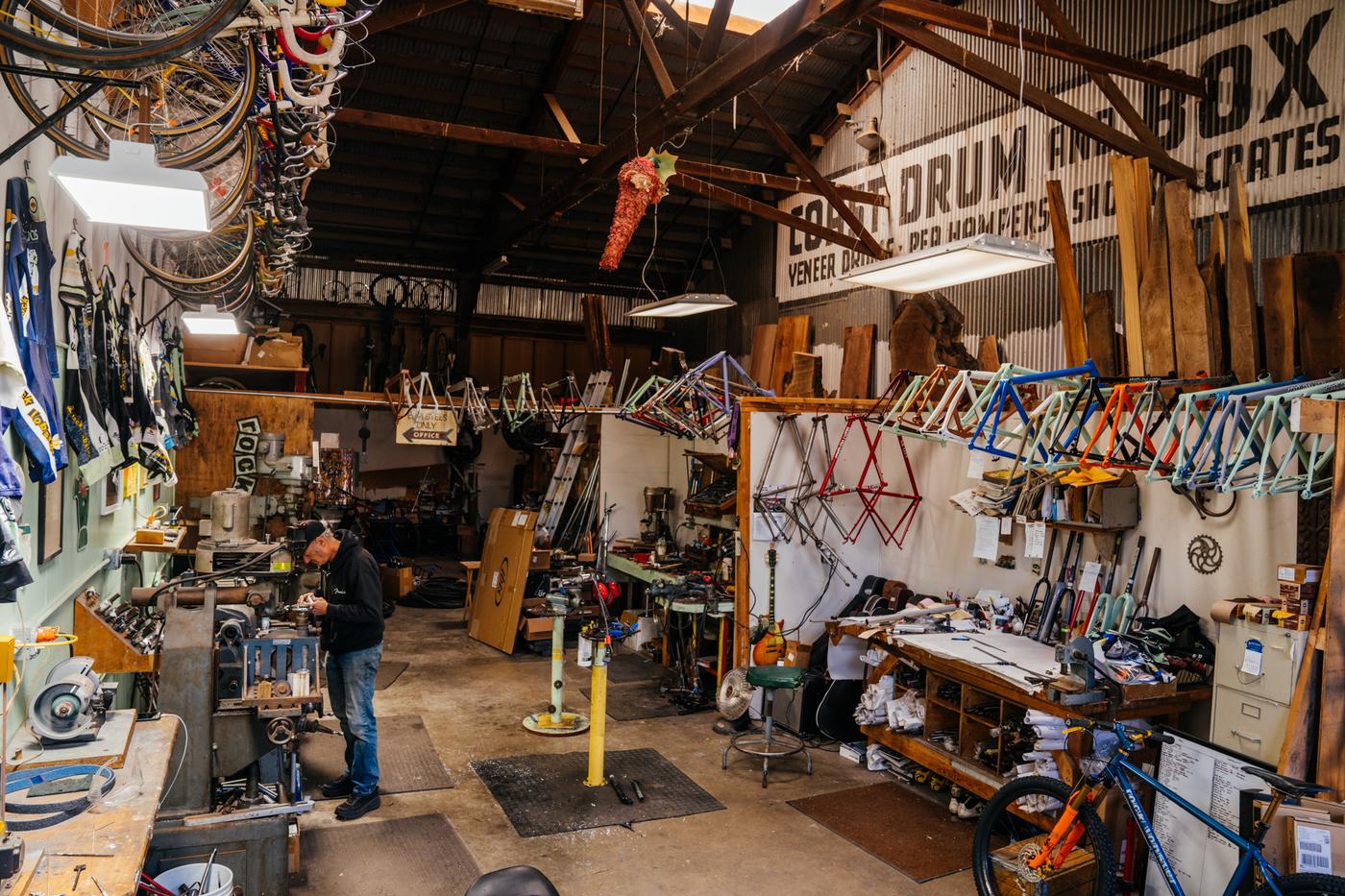 Wow. My jaw hit the ground when I walked through the doors of the new Rock Lobster cobble. This part of Mission St. in Santa Cruz is very industrial. Hell, it’s probably the last bastion of affordable rent in the entire Santa Cruz area. The tech invasion hasn’t faired the creative population of town well, driving up commercial real estate prices but in this little corner, you’ll hear machines whirling, metal clanging as the neighbors make everything from painted canvas to sculptures, sandals to furniture, and yeah, badass mo’ fo’ bikes! 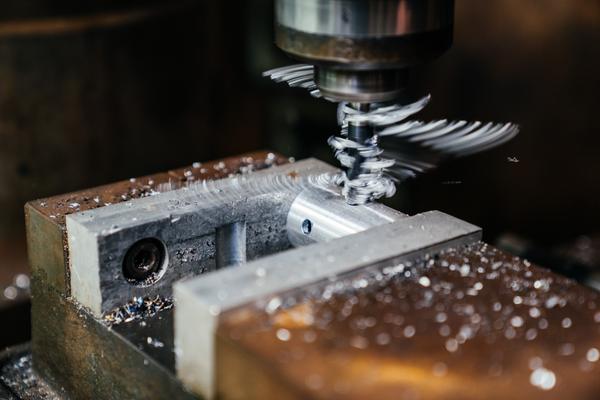 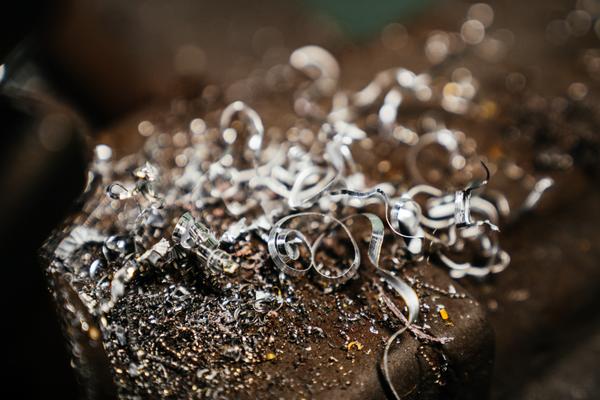 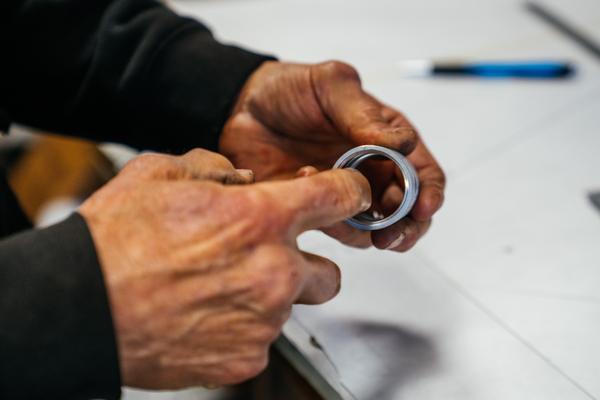 Paul shares this space with a furniture maker called Kochlacs Wood, so a quarter of the space is filled with beautiful live edge slabs of hardwood. The rest is Paul’s shop, which he shares with a fella named Brendan, who builds bikes on the side in the space. We’ll look at Brendan’s latest creation tomorrow… 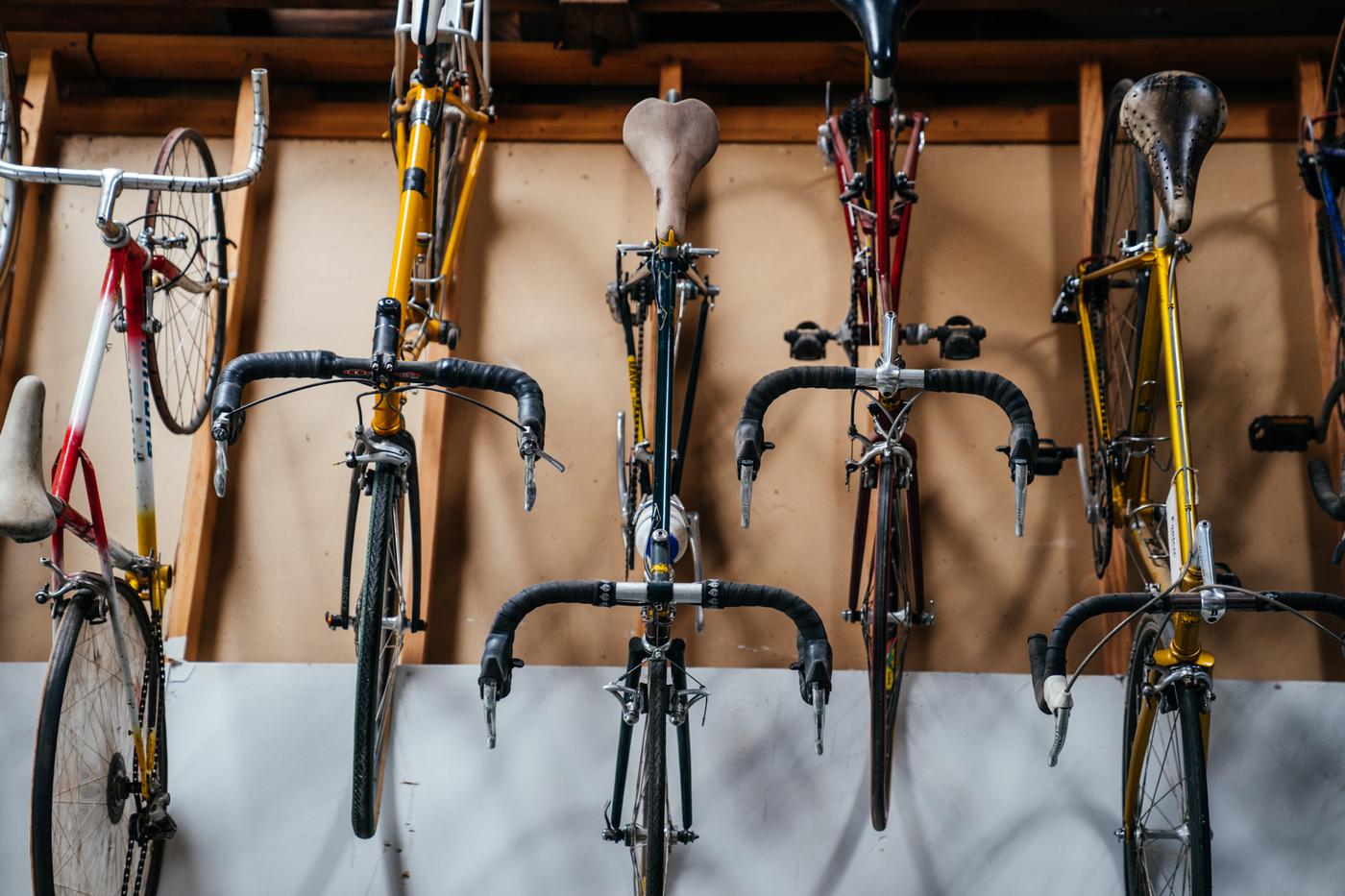 The veritable museum of bikes hanging on the wall is most impressive about this new space. From the first few Rock Lobsters, to Bruce Gordon road bikes, and countless other vintage builds, Paul has a wide collection of bikes to ogle. So many in fact, that your neck will hurt from craning up at the display. This space used to be an outdoor area between two buildings, hence the massive mural painted on the wall. It was later enclosed in the 1970s. Paul has been 29er curious ever since he began working with Brendan. He’s always been a 27.5″ kinda guy, perhaps due to him spending so much time on 26″ mountain bikes. For the Chris King Guest House event, I shot Paul’s bike at his shop, as I felt like it was would be a nice supplement to this Shop Visit. It’s built with an integrated steel head tube, Paragon Rocker dropouts, and is coated with a beautiful blue spec paint. He also used a variation on his classic logo for this bike. Paul has used the original Rock Lobster logos since its inception in the early 1980s! The build is laced with beautiful Paul Component bits, a Fox fork, and those brand new Chris King wheels. I cherish these afternoons with framebuilders and wanted to thank Paul for his time and humor. With the world feeling like it’s opening back up, I hope to bring more photosets like this to you, the readership.

To Paul, I’ll see ya next time! And yeah, let’s have a concert!