“It’s the best” must be one of the most common, purely subjective statements made so regularly with enthusiastic conviction. We do it all the time, but it’s ludicrous. You have to define a word like “best” in your own terms. It’s a value statement. Saying something is the best only tells you a little bit about the thing in question, but a lot about the person saying it and what they value. What’s the best gear ratio for a single-speed 29er? What’s the best tire choice for a course that’s littered with mud pits, rooty singletrack, and rock gardens, but is also interspersed with long, hot, 15 miles stretches of pavement? Do you like to mash or spin? Are you a confident bike handler and want to make the long road stretches easier? Are you strong-legged and get annoyed at spinning out on the flats?

So what am I really saying when I write that the MountainCat 100 is the best bike race in America? 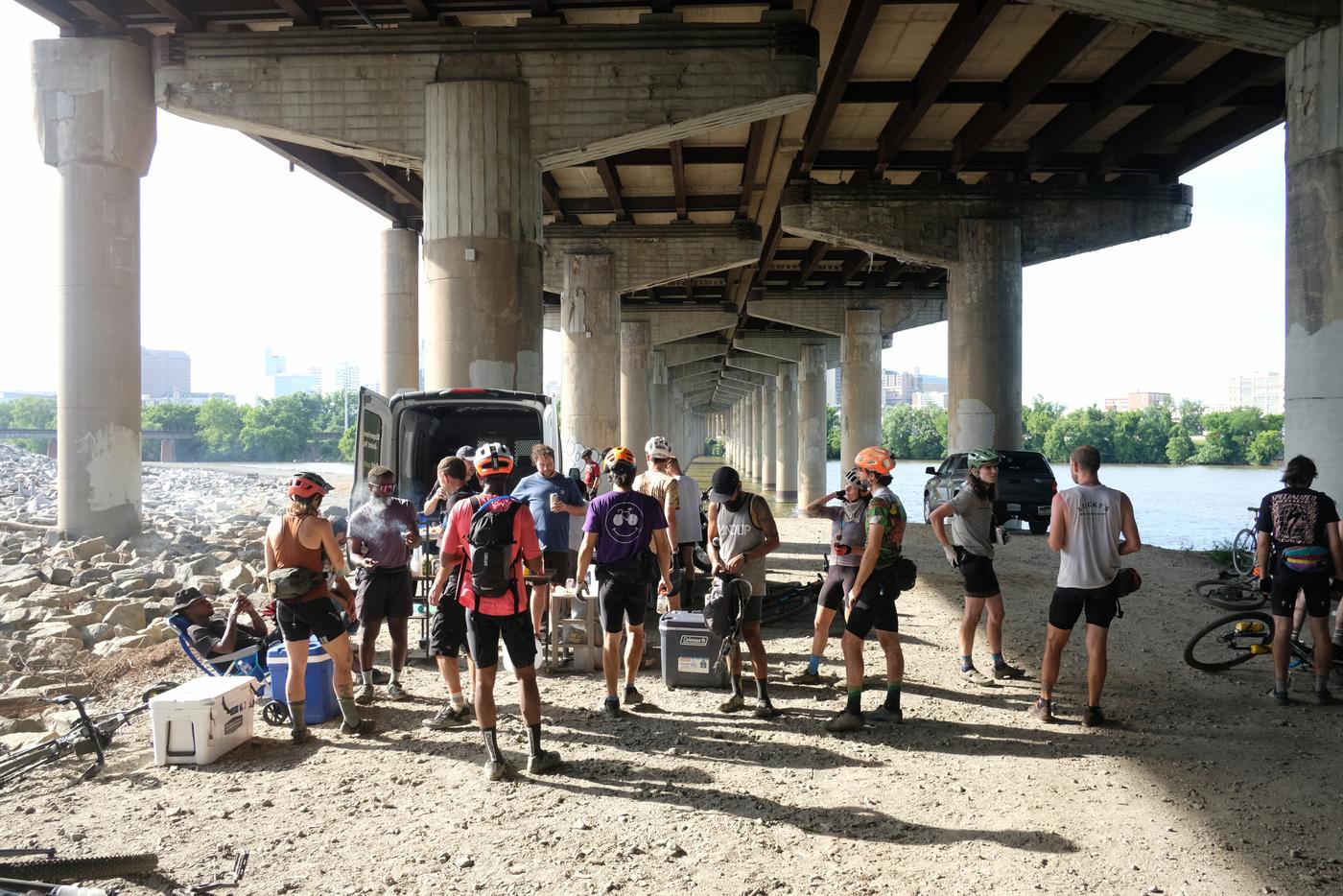 Well, it’s about 50% paved, so by a conventional definition of a mountain bike race course, it may not be deemed the best on the surface. But see: the MountainCat 100 is NOT a conventional mountain bike race and it does NOT take place on a traditional course. You’re not going to find any course tape and USAC officials out there. You will find some dirt bike cuts, some swampy deer trails, and some overgrown locals-only lines. You’ll find bridges made of fallen trees, drain tunnel cut-throughs, and holes through chainlink fencelines just wide enough for a set of 780mm bars. You’ll find “mud marts,” “hell’s gates,” and “trash mountains.” You’ll ride every trail in Richmond and if that wasn’t enough you’ll ride the 14 miles out to nearby Pocahontas State Park and ride every trail there too. You and your race bike of choice will hit and ride three different sets of pump tracks or jump lines spread out miles apart. It’s the only race in America where you will both ride a “bell lap” and a “poop loop.” Bored with neatly ordered start grids and ready to embrace the absurd and have a real adventure? 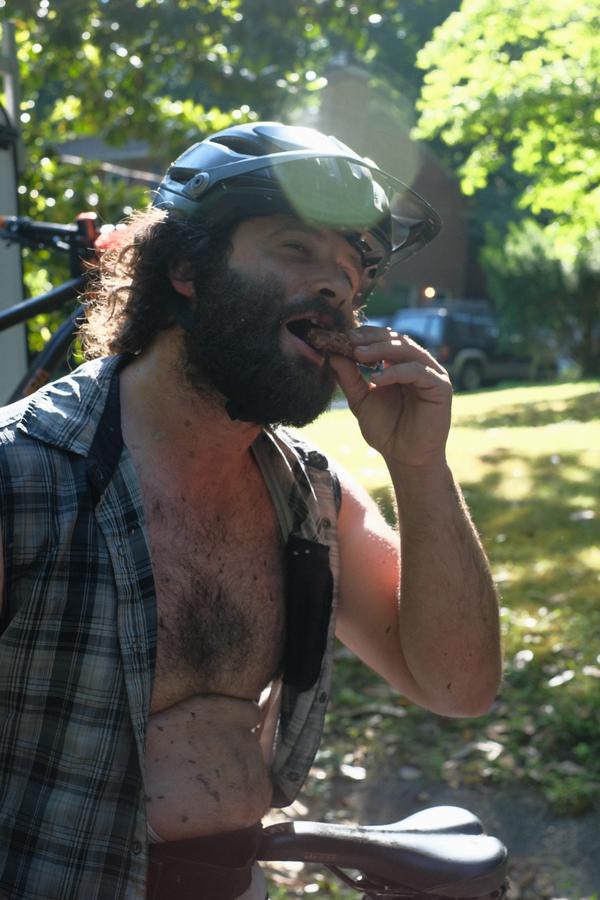 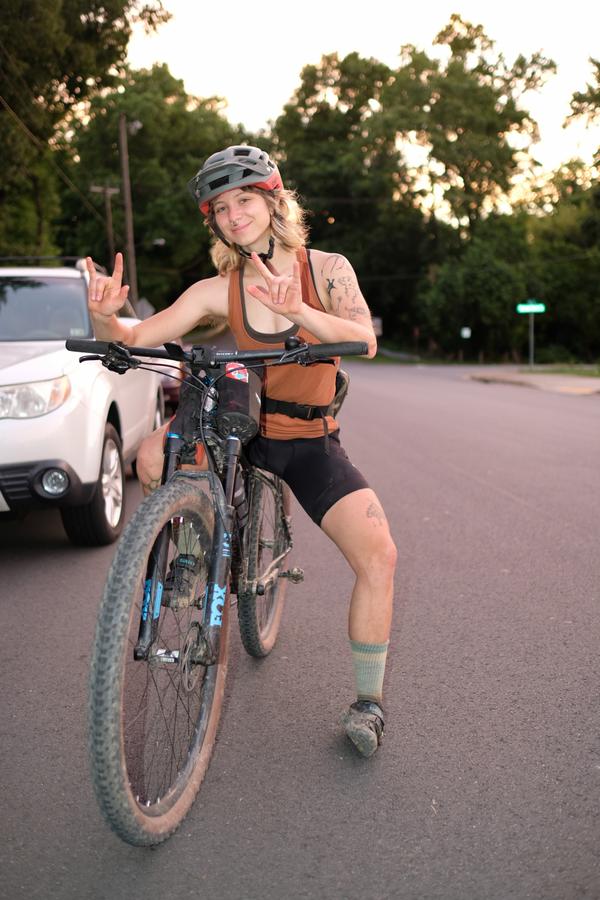 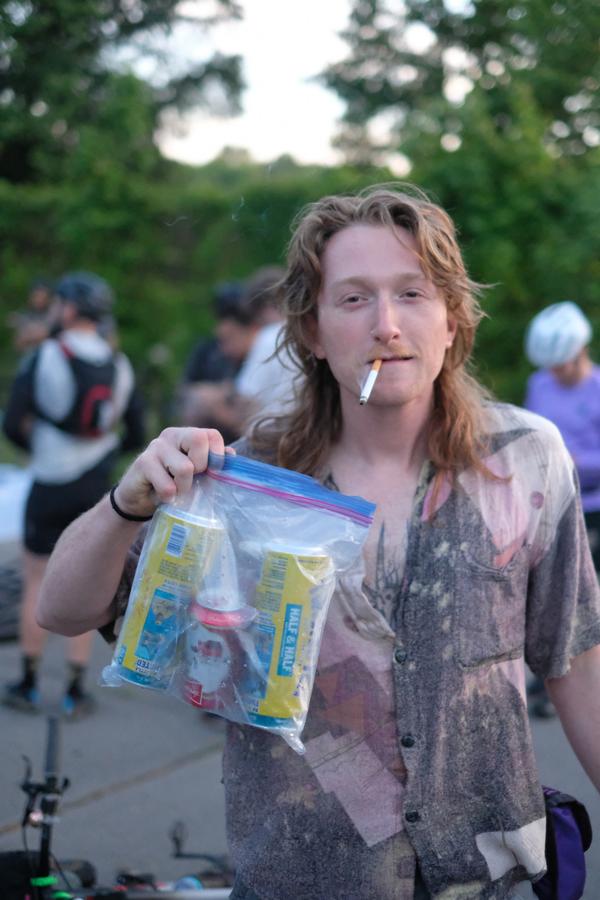 There are no race numbers, podiums, or point systems at the MountainCat 100. There are prizes for best jorts, best jump shot (?!), and most underbiked (the “Gravel Zaddy” prize for first finisher on drop bars and smaller than 50mm tires.) Instead of zip-tied race plates, there are homemade cue sheets adorning the top tubes of many of the bikes. Cue sheets with instructions that read like a blocking from a Monty Python sketch. Instead of an ordered grid of call-ups at the start, you’ll find a 100-person strong contingent of mountain biking kooks and a menagerie of different bikes crammed into an abandoned tennis court turned DIY skate park. Are you tired of upgrade points and regulations on sleeve length and want to embrace the strange and GET WEIRD? Because this race gets pretty weird. 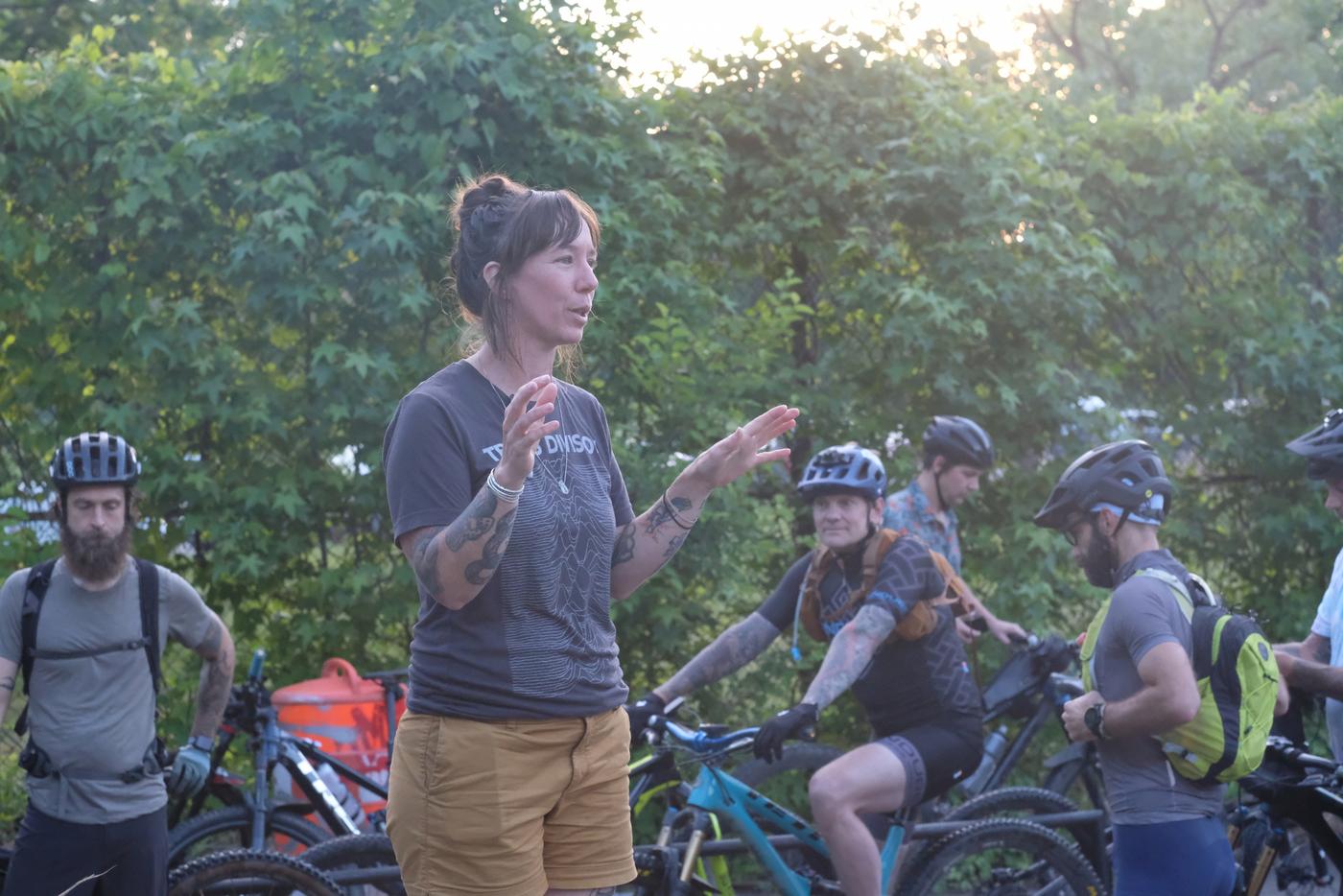 The Mountain Cat 100 is the brainchild of long-time Richmond resident Emily Monroe. It takes place on a course she designed and is brought to life through a massive personal undertaking. An undertaking that involves countless hours of scouting, routing, registering racers, answering questions, wrangling volunteers, securing supplies, renting portajohns, rolling homemade vegan burritos, and stitching together HILARIOUS homemade jean vests for various category winners. It’s an event she joyfully pours her time, resources, and energy into before handing every cent of the race registration fees back to Richmond’s municipal trails crew as a thank you for THEIR hard work keeping the trails MountainCat uses running clean and clear. Being a part of MountainCat means living out the physical manifestation of someone’s wildest dreams just for the sake of it. So do you like making dreams come true? Emily would no doubt recoil at being called the “creator” – or worse “owner” – of a mountain cat. She’s far too community-oriented and she would be the first one to point to the dozens of volunteers running bootleg checkpoints across every corner of the city – from retired pro racers, to dirt jump diggers, to amateur bike racers, to fixed gear wheelie crews – and the hefty donations of beverages, full water coolers, coffee, and snacks. She’d point out the quick-acting and tireless contributions of trail crews and volunteers to clear trails through some truly rugged sections, of course. She’d surely even credit the race’s participants themselves as integral contributors to the cacophony of wild kookiness that is the MountainCat 100. 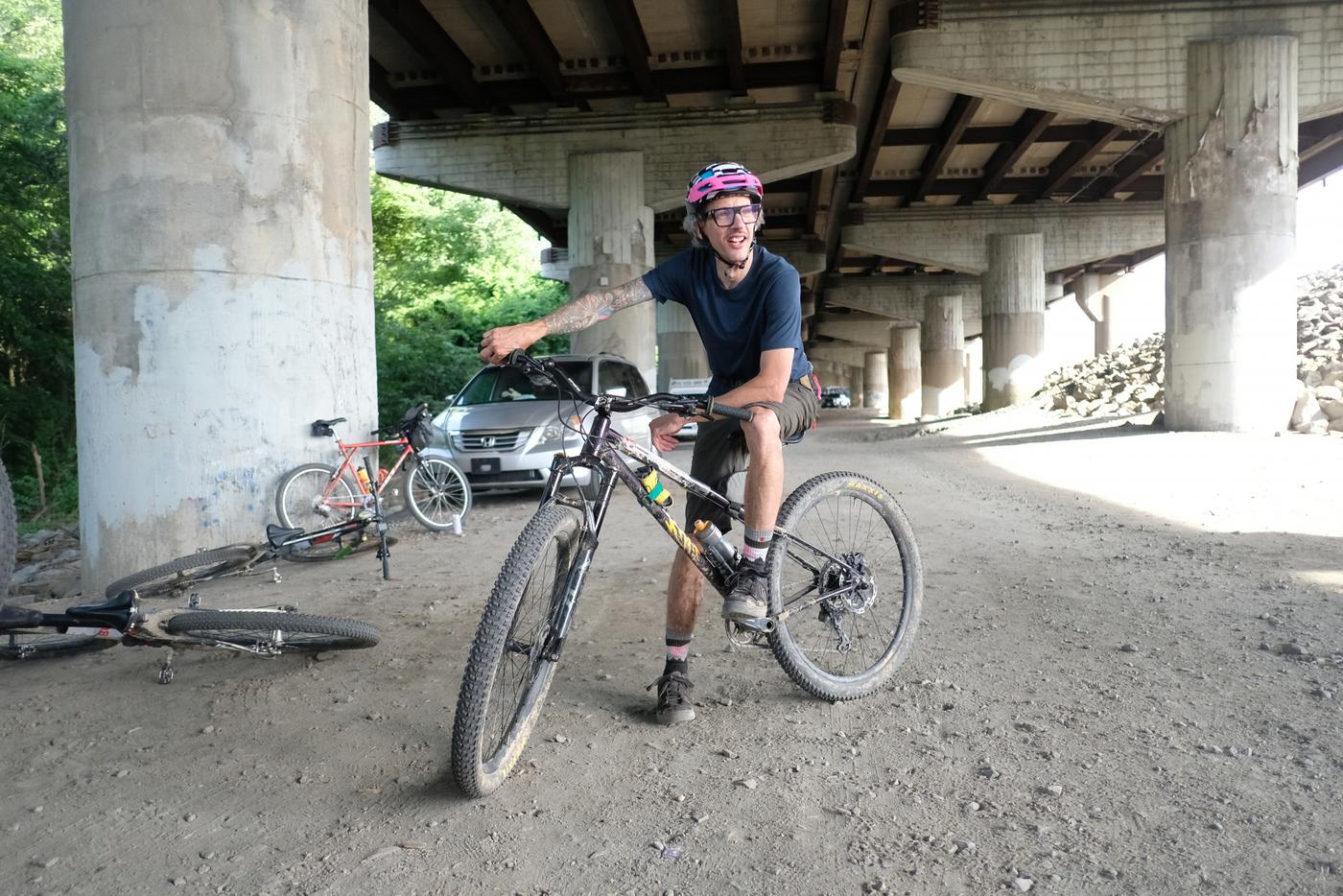 To a degree, she’d just be being humble, but also not totally wrong. Emily is the conductor, no doubt, but Richmond’s cycling community is the orchestra. Does it give you all the feels of being part of something totally unique that’s been brought forth by an entire community of cycling counterculture through the sheer force of goodwill and positive energy alone? 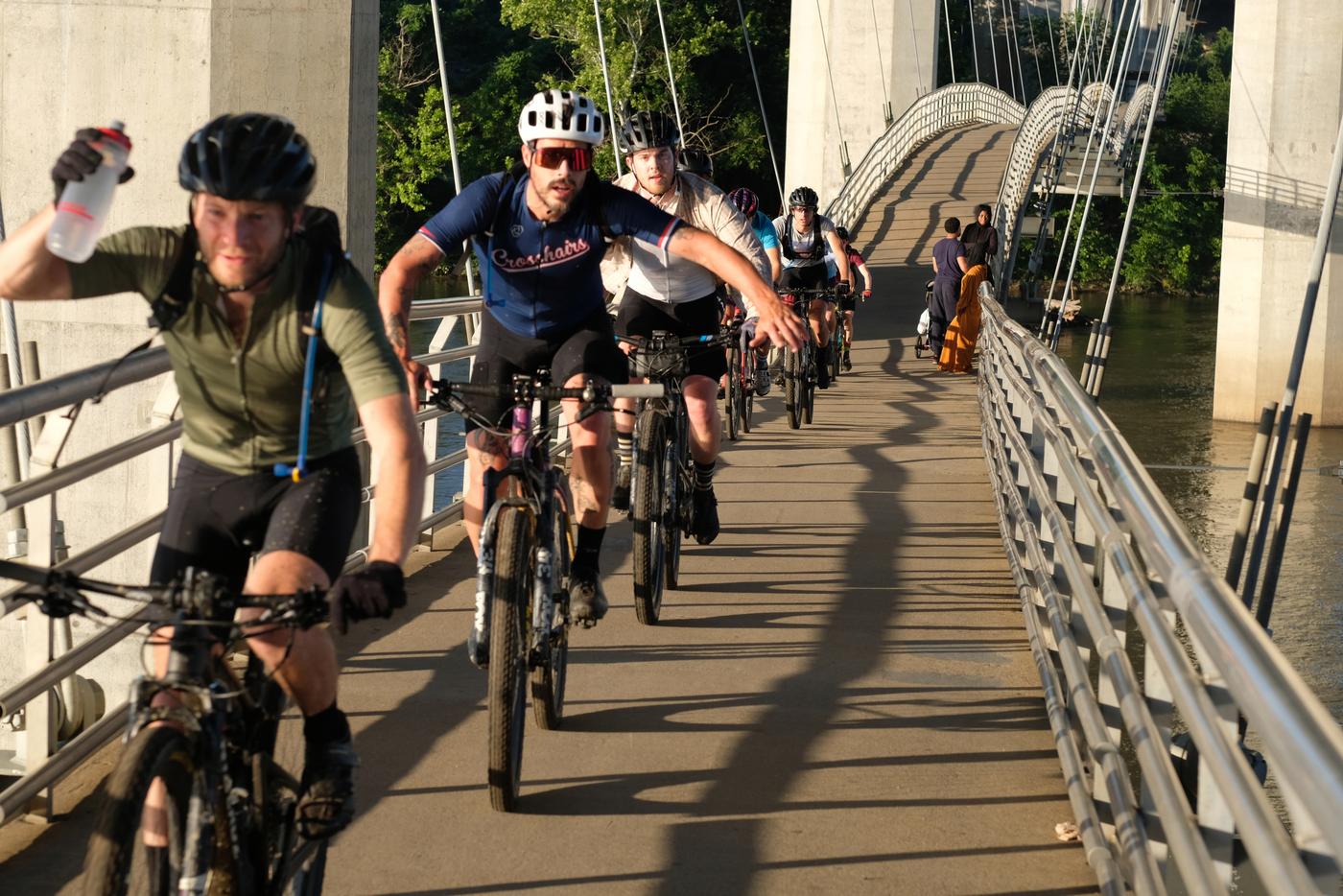 And those vests. DID YOU SEE those winners’ vests? If you won a race, what would you prefer: a totally sweet handmade cut-off jean vest with a Mountain Cat on it or a podium prize bag with a set of tires for a wheel size you don’t use and a handful of sample-sized energy gels and chamois cream packets? Are you the type of racer that is in it to win it, and do you have a thing for denim and handmade patches? 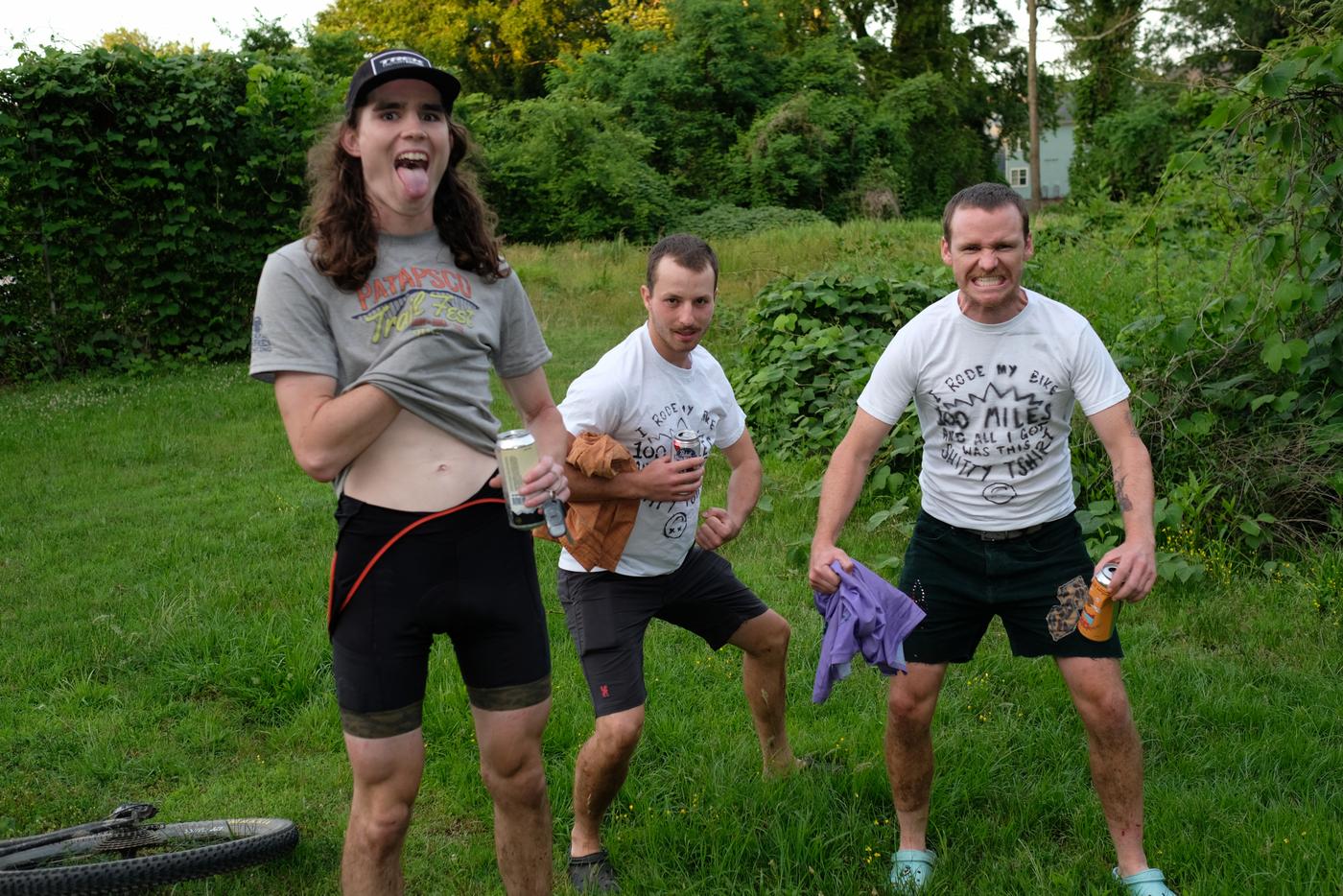 And don’t get me wrong, there was some racing to be had at the front, but every one of us – fast riders, slow riders, single speeders, gravel zaddies, volunteers, and even photographers – we were just there for the ludicrously good times. Participating in MountainCat is about making new friends, not nemeses. There is no mtncatresults.com. Camaraderie ruled the day, not competition. Mountain Cat is fun. Not that it isn’t hard, and not that people didn’t suffer – it is a 100-mile mountain bike ride for dog’s sake – but even 100 miles in riders were cracking a bemused smile and quiet chuckle as Emily’s ridiculous route took them up an overgrown, and garbage covered pirate trail, up a steep overpass-shadowed incline the locals call “trash mountain.” Do you prefer a pirate cut to course tape? Are you over the self-seriousness of grueling stage races, grand prixs, and upgrade points? Do you embrace absurdism over elitism? Don’t you think a bike race should be fun just for fun’s sake? I know my answers to these questions. 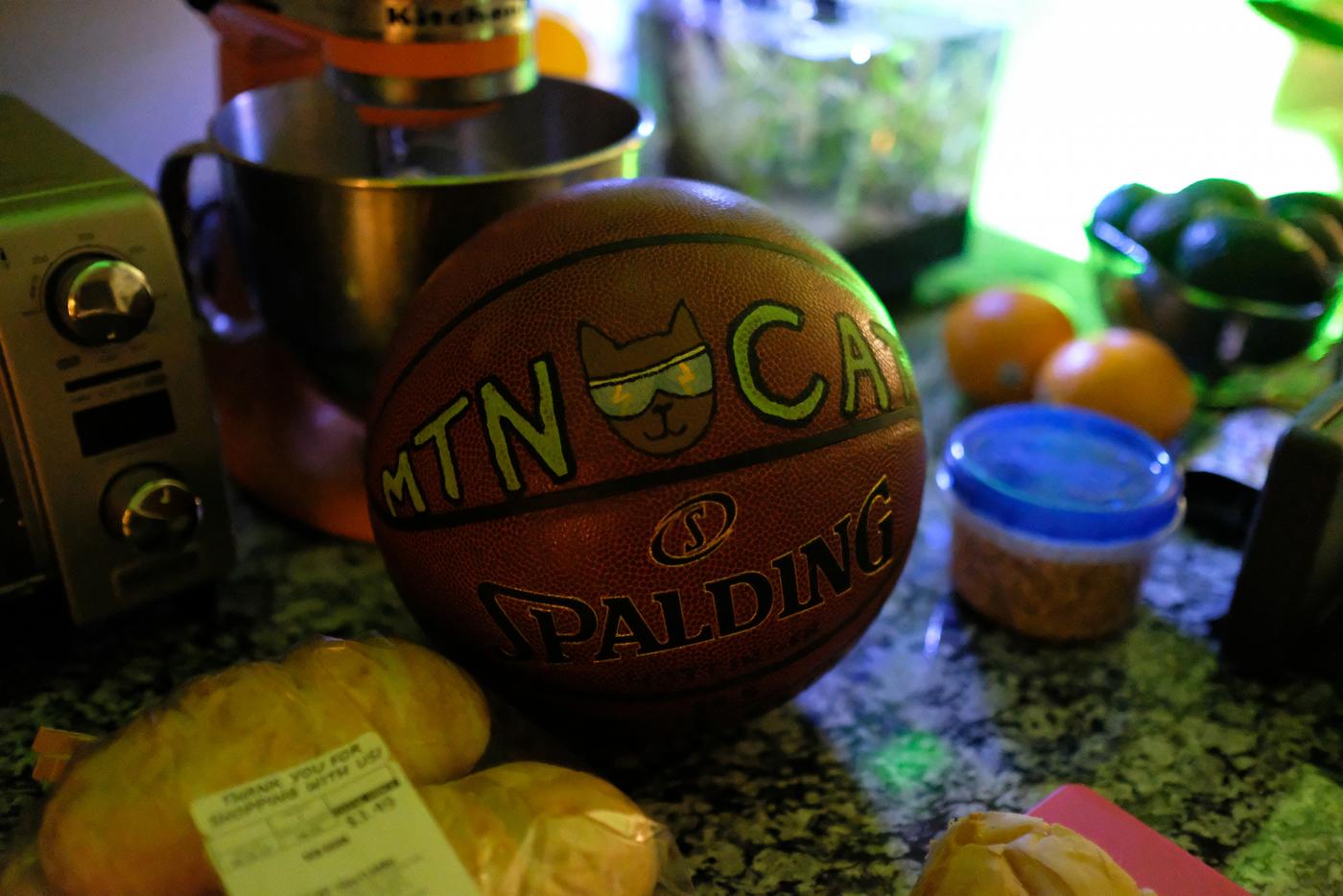 The MountainCat 100 is the best bike race in America.